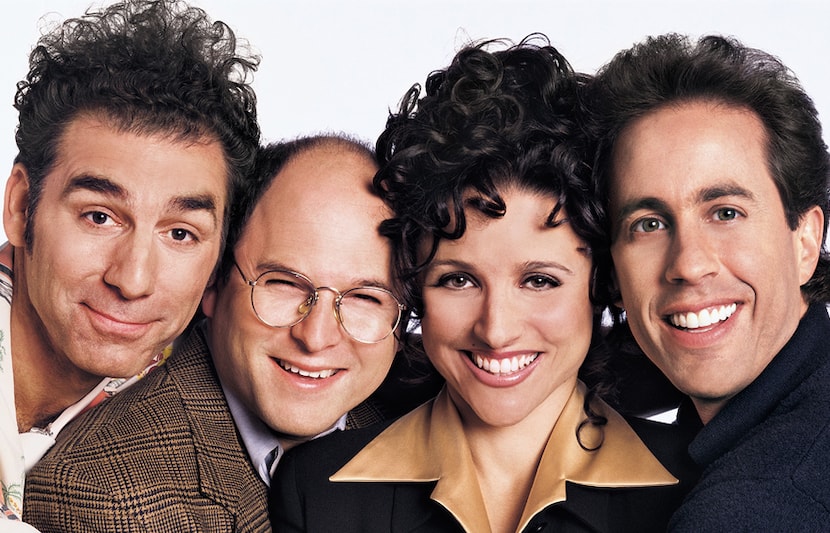 What’s Coming To Netflix This October 2021

October sees the return of numerous hit Netflix series and an introduction to some quality Netflix Original feature films.

Viewers will also get the opportunity to stream one of television’s most popular sitcoms of all time in its entirety, check out a biopic on controversial former NFL player and activist Colin Kaepernick, and work through devilishly scary new content in the lead up to Halloween.

Below you’ll find information on the top 10 shows and movies coming this October on Netflix, so start planning your viewing schedule!

The Guilty is a remake of the atmospheric 2018 Danish film of the same name. It stars Jake Gyllenhaal as demoted detective and 911 dispatcher Joe Baylor, who tries to save the life of a distressed mystery caller in a Los Angeles beset by a raging bushfire. But, in true Hollywood fashion, “nothing is as it seems… facing the truth is his only way out.”

Winner of 10 Primetime Emmys, all 180 episodes of legendary sitcom Seinfeld will come to Netflix exclusively around the world on October 1st.

The famous “show about nothing” stars Jerry Seinfeld, Jason Alexander, Julia Louis-Dreyfus, and Michael Richards in their iconic roles as 30-something friends in New York City.

Keep an eye out for some of the most memorable guest stars ever on television in a series that never gets old.

I love the premise of this action drama from De Libi director Shady El-Hamus.

“Up-and-coming rapper Richie is on the verge of his breakthrough. Right before the most important show of his career, he is robbed of his watch by a group of armed teenagers. Set on revenge and saving his reputation, Richie embarks on a chase that pushes him further and further…”

Based on a novel by Dennis Lehane, Affleck plays Joe Coughlan, a Boston guy who sets up a crew in Florida, only to run afoul of the local criminals and the Klu Klux Klan.

While not as good as The Town or Argo, Live By Night is a solid piece of filmmaking and well worth checking out during the quiet Fall period.

What would an October slate of films and series be without a whole bunch of Halloween-friendly content?

There’s Someone Inside Your House is a slasher flick (there are cornfields of course) based on the New York Times bestselling book by Stephanie Perkins. As the IMDB synopsis reads: “The graduating class at Osborne High is being targeted by a masked assailant, intent on exposing the darkest secret of each victim.”

It’s going to take the combined efforts of Osborne High’s most misfit elements to take down the town’s killer.

If you’re not familiar with this stalker series starring Penn Badgely as the super creepy (that’s putting it lightly) Joe Goldberg, I suggest you spend a few days binging the first two seasons.

In Season three, Joe’s settling down to domestic bliss with wife Love and a new baby boy. Or is he? Old habits are hard to break.

Fans of animation cult hit Gravity Falls will be all over this one from crew member Shion Takeuchi, which is executive produced by Alex Hirsch.

According to Netflix, the new animated comedy series “is set in the so-called Deep State, where we follow the workers trying to keep their secrets underground.”

Inside Job features the voice talents of Will Blagrove, Tisha Campbell, and Lizzy Kaplan. Also, keep an ear out for Christian Slater!

Locke & Key is a fantasy drama based on the critically acclaimed comic series of the same name by Joe Hill and Gabriel Rodriguez.

Locke & Key follows “three siblings who, after the murder of their father, move to their ancestral home Key House, only to find the house has magical keys that give them a vast array of powers and abilities.”

The show’s first season was a sleeper hit for Netflix, so much so that season three of the fantasy drama is already being filmed while season two awaits release.

“Locke” yourself in for a catch-up of the initial series before the new season drops!

Zach Snyder gets in the writer’s chair for this prequel to his zombie blockbuster Army of the Dead. Set six years before the events in Las Vegas, the film focuses on one of the first film’s most popular characters.

Bank teller Ludwig Dieter “gets drawn into the adventure of a lifetime when a mysterious woman recruits him to join a crew of Interpol’s most wanted criminals, attempting to heist a sequence of legendary, impossible-to-crack safes across Europe.”

Matthias Shweighofer directs and stars as Dieter, with Nathalie Emmanuel, Ruby O. Fee, and Guz Khan are also part of the ensemble cast.

10. Colin in Black and White

Kaepernick’s decision to take a knee during the playing of the US National Anthem before an NFL game effectively led to the end of his career, but also sparked dialogue on African American Civil Rights issues.