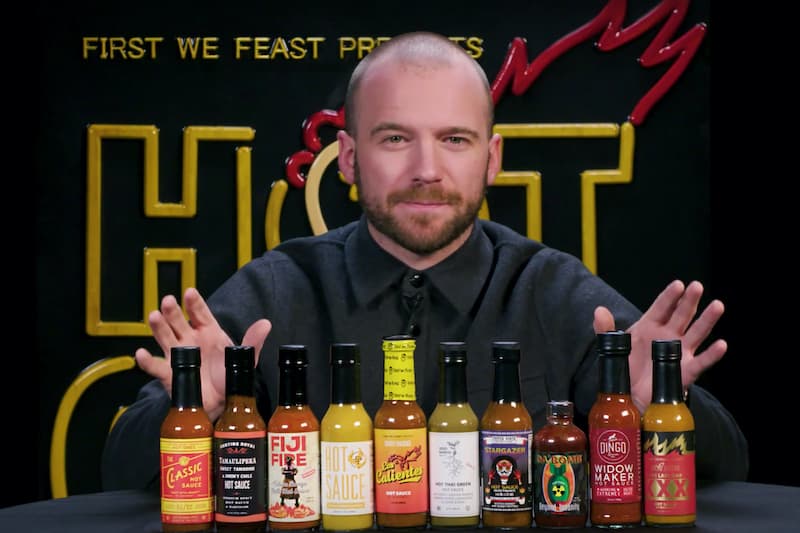 Hey, Look at Us: The 10 Best Episodes of Hot Ones

The premise of Hot Ones is simple. Host Sean Evans interviews famous guests while they both eat 10 increasingly spicy chicken wings, with calamity often ensuing as hot spices overwhelm them.

The First We Feast channel created and developed Hot Ones, the most unique and interesting interview show involving celebrities you will ever find. Some of the episodes, such as the one with Gordon Ramsay, have had more than 80 million views on YouTube, where each season of the show can be found.

Hot Ones is great for numerous reasons. The chillaxed, patient, and well-prepared Evans creates genuine connections with his guests, who open up a lot about themselves and their work in an extremely candid manner when questioned, often under physical duress.

Hot Ones has provided us some of the world’s best memes, a mountain of hilarious reaction clips, insane approaches to beating the wings challenge, ambitious overconfidence, and continuously enjoyable content. As fans of wings, hot sauce, and the show, we’ve come up with a list of the 10 best Hot Ones episodes for you to enjoy.

The 10 Best Episodes of Hot Ones

Actor/comedian and all around good guy Paul Rudd makes for beautiful viewing. He coins the immortal, “Hey, look at us” line, and creates a wonderful interview by asking host Sean Rowe about his life, with genuine sincerity. It’s pure, interesting, and above all, entertaining.

WWE Superstar and beer loving knockabout Stone Cold Steve Austin puts paid to his wings with impressive ease while being a forthcoming interview. It’s the most impressive display since he beat Jake the Snake Roberts in King of the Ring. This is certainly one of the best episodes of Hot Ones of all time.

“Here comes the snot… and I don’t think I can stop it.” The most relatable sentence I’ve heard in the course of the entire show, actress Gabrielle Union takes us on a journey as she impersonates DMX, discusses the infamous banana boat photo with husband Dwyane Wade, Lebron, and Chris Paul, and chats about dick thresholds for infertility. Union is totally killer.

Now there’s two Mikes you want to be like. Actor, producer, and activist Michael B. Jordan gets through the wings with style while bringing some snack hacks of his own to the fore. His ability to remain calm and unflustered while internally combusting is impressive, but James Harden over Steph Curry is a reach, beard or not.

I love this episode from the very beginning: “I’m hungry, so I’m happy to be here.”

Actress Kristen Bell is a badass, hammering hot ones while pacing herself against her husband Dax Shepherd, a previous guest that acquitted himself well. Bell is great – personable, funny, and revealing.

See more about - The 10 best travel shows on Netflix

Look, everyone’s seen a completely discombobulated Gordon Ramsay getting stuck into someone on tv, via meme, or on socials. It’s a right of passage for idiot sandwiches everywhere.

Seeing Ramsay try to field questions from Evans while burning from the inside out is good fun, even more so given that he does a shit job handling the spice.  He also gives them a critique of their wings while he’s at it.

I’m pretty simple to keep entertained. If Chrissy Teigen is reduced to sculling water directly from a pitcher like she was in Bad Boys II, I’m going to watch it. Her technique with the hot sauce is an interesting watch, and you can almost pinpoint when she starts to regret the whole thing.

“Oh, shit. Why you got to make eye contact?”

I love Kevin Hart, and having him riff about the internal destruction while peeling off layers as he goes through it is great viewing and exactly the type of thing you’d expect. I just wish the Rock was there to sledge him the entire time, which would make this one of the best episodes of Hot Ones of all time.

Come for Idris Elba’s coughing attack, stay for him opening up about masking his British accent during the auditioning process for The Wire, in which he played businessman gangster Rusell “Stringer” Bell. It shows how disarming the combination of Evans’ great questioning and wings can be in getting stars to tell interesting anecdotes (while getting driven insane).

Watching screen legend Terry Crews, bald head bathed in sweat and eyes leaking uncontrollably while barely being able to talk, had me glued to screen. It struck me as being akin to watching a lion stalk its prey in an animal documentary. Is he okay? Does he make it? Is it going to eat him? Can he get away, I hope he survives…

Tommy Chong, Dax Shepherd, Rachel Ray, and Bobby Lee (finished the challenge but soiled himself in the process).

Dishonorable Mentions (Did Not Complete the Challenge)

What is the hottest sauce on hot ones?

Hot Ones The Last Dab 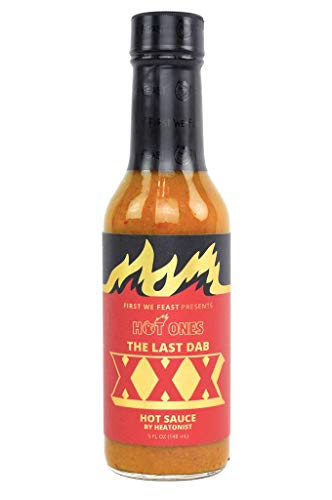 Hot Ones Last Dab hot sauce is always left to the end for use in the segment: Truth or Dab. Guests have to answer a difficult question or alternatively take a dab of this sauce, although some of the real spicy wing lovers do both.