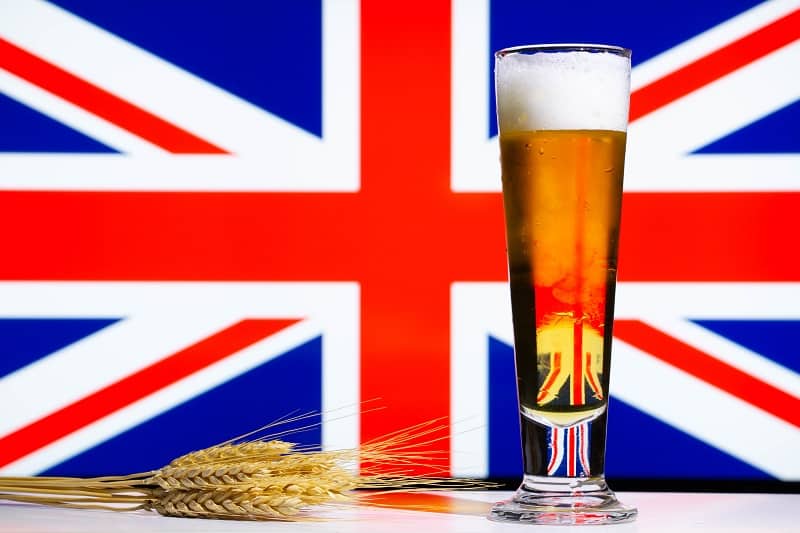 European beer can be overwhelming for American beer lovers looking to try something new. Titans such as Heineken and Stella Artois remain, but other clean-tasting commercially produced European beer and centuries-old craft brew options can now be purchased simply and easily. With different types and styles being shipped worldwide, the accessibility of top-quality European Beer is at its peak.

The following collection of the best European beers to try in 2021 aims to mix up the options between high-profile pilsner beer and German beer or lager, while not ignoring that premium quality ale can come from a craft brewery inside a monastery.

There will be some beers you are familiar with and others you don’t yet know. I’m certain once you go through the list, you’ll find at least a couple to add to your permanent list, or for trying out with friends. 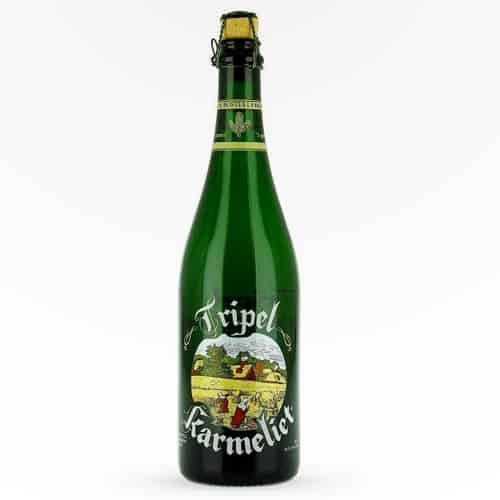 Launched in 1996 to great acclaim, Brouwerij Tripel is brewed to an authentic beer recipe dating from 1679. A “Tripel” is made with three times the malt in the wort which results in a markedly higher ABV (8.4%).

Regarded as one of the world’s finest Belgian ales, Tripel Karmeliet (Dutch for “Triple Carmelite”) is a golden Belgian beer brewed by the highly regarded Brouwerij Bosteels beer brand.

A feature of this tripel beer style is the fruity nature of the yeast. It offers banana and vanilla flavors mixed crisply with citrus aromas. If you’re looking to delve more deeply into the world of quality Belgian beer, then make sure to give Tripel Karmeliet a try. 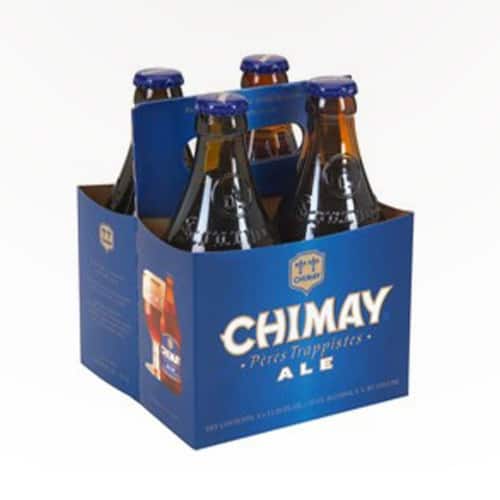 It seems great beer is the Lord’s work. Chimay makes a great argument for being “the Champagne” of Abbey beer and is arguably the most popular Trappist beer in the world. A Trappist brewery is not a set style of beer. It denotes that the beer has been brewed at one of the 11 monasteries that are entitled to carry the “Authentic Trappist Product” label on their beer.

Chimay Grande Reserve Ale is aged for up to five years upright in a cool environment within its Trappist brewery before being bottled. It offers the intense fusion of floral aromatics, a rich body and complex citrus notes on the palate, and a long full-bodied finish. 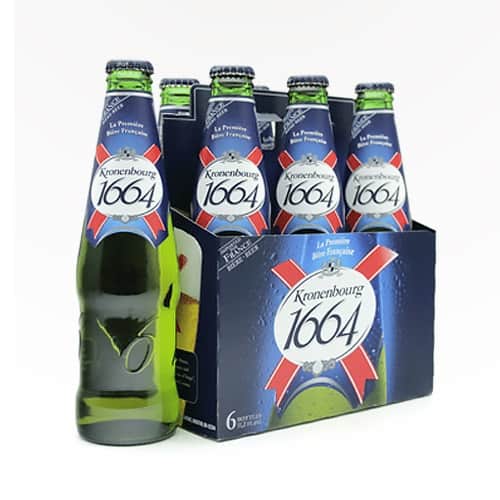 Kronenberg 1664 is my favorite commercial European beer. While not as popular worldwide as Heineken or Stella Artois (it’s only available in 50 countries), the French beer brand offers a unique tasting, smooth drinking experience for all types of beer drinkers.

Kronenbourg 1664 comes from the high altitude Alsace province, and the lager is made with the aromatic Strisselspalt hop, described as the “caviar of hops.” It has a flavor more bitter than sweet, with distinctive and refreshing citrus notes reminiscent of grapefruit and tart lime overlaying a pale malt flavor. At 5.9% ABV Kronenbourg 1664 packs plenty of punch for a mainstream lager beer. 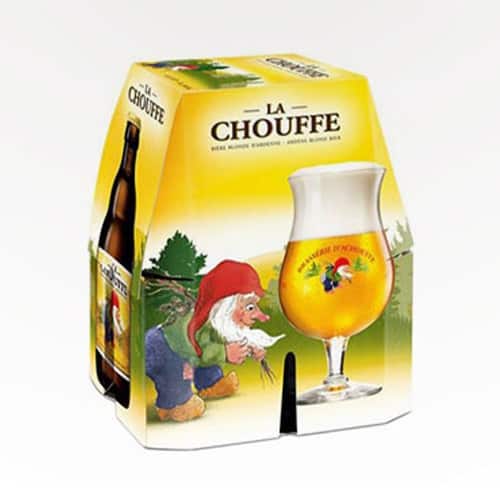 This Belgian pale ale comes in at a hefty 8% ABV and is “crafted by mythical elves at the microbrewery Brasserie Achouffe in the Ardennes Mountains.”

La Chouffe is similar to an IPA but less hoppy –  it’s unfiltered, unpasteurized, and bottle conditioned. It’s pleasantly fruity and spiced with coriander, with only a little hoppy bitterness in the aftertaste, suiting many different palates.

It’s best enjoyed in the traditional tulip glass to get the most out of the aromas and fruity ester, which is the fruit flavor created in the process of fermentation. If that’s not enough to get you over the line, the company’s mascot is a gnome named Marcel who rides a unicycle on the bright yellow label. 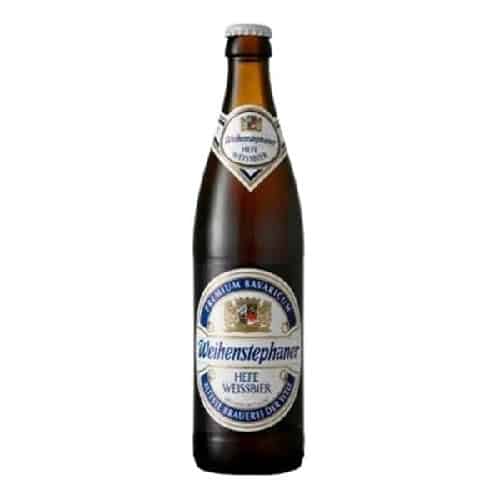 Beer in Germany is a fine and very simple art. Check out the Reinheitsgebot (German Beer Purity Law) for example: Introduced in 1516 by Duke Wilhelm IV of Bavaria, the legislation allows for only hops, barley, water, and, later, yeast in every beer.

In the 500 years Bavaria has been brewing under the Reinheitsgebot, wheat beer like Weihenstephaner is the result. Brewed by the “Oldest Brewery in the World,” Weihenstephan Hefe is the benchmark for cloudy wheat beer.

It pours beautifully, golden, and cloudy with a refined white creamy head and an estery aroma of fruit. It tastes of banana and spices with a slightly dry bitterness at the finish. They’ve also got lager, dark beer, and higher ABV beers too if that tickles your fancy. 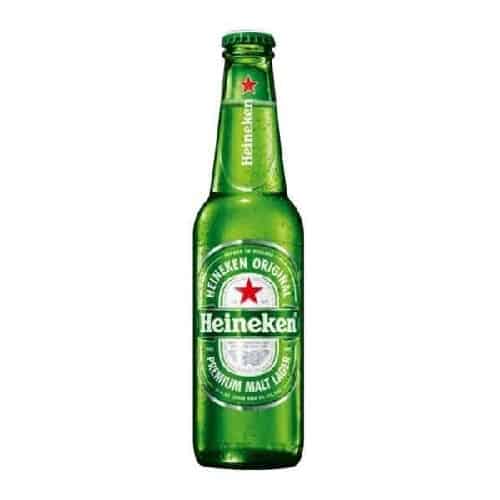 Heineken has been brewed with the exact same recipe since it was first created in Holland back in 1873. There’s a lot to be said for buying a beer on any continent in the world, and knowing exactly how it’s going to taste. Heineken is one of those beers

The lager brewed in Amsterdam (yes, and satellite breweries under licence) and sold in over 192 countries is the most popular international beer (with an outstanding brewery tour). This classic European pale lager has a smooth, nicely blended bitterness with a clean finish, and a somewhat fruity aroma. 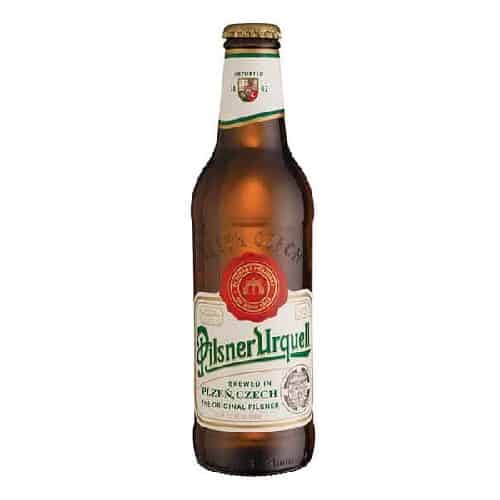 This cheerful malt flavor pilsner changed beer culture in the 1800s and is another brew I learned to really enjoy while traveling through Europe. Pilsner Urquell is a Czech beer offering caramel malt balanced by a quenching, bitter bite that refreshes more than makes you wince – an important distinction for people like me who don’t enjoy sour beer.

You’ll struggle to find beer that looks as good in the glass – it’s a beautiful, golden colored beer that has a nice head. It’s a comparatively light beer (to most of this bunch) at 4.4% ABV and not too damaging – you can knock over a few and have plenty left in the tank on a school night, or work your way through a more extended session and not feel too bad the next day. 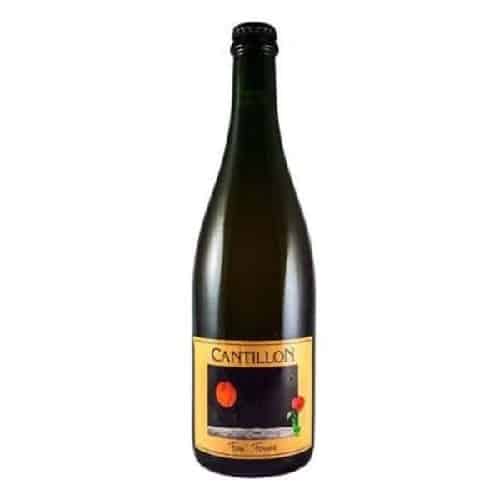 If you’re going to try a top-quality sour beer from Europe, then this is the one to go for. Sour beer is often misunderstood, with conventional wisdom suggesting they offer all sourness and no taste. Cantillon Fou’ Foune is a hard-to-get apricot lambic beer brewed yearly by Cantillon (bottling usually commences in August), using approximately 300 grams of organically grown French apricots per bottle.

This delicious Lambic beer is different from “normal beer” because it’s fermented through spontaneous exposure to wild yeast (Brettanomyces yeast) and bacteria native to the Zenne valley in Belgium.

The fruit is placed into a stainless steel tank with lambic for a maceration period and then fermented, taking around five weeks for the lambic to extract the fragrances and flavor of the fruit, before being transferred to a stainless steel bottling tank until it’s ready to be bottled. This process gives the beer its distinctive flavor: dry, vinous, and cidery, with an extremely tart aftertaste underneath oaky lambic and subtle apricot. 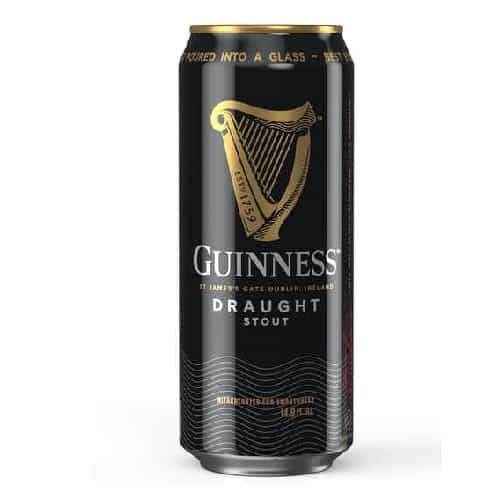 The famous dark Irish dry stout, Guinness, has been entrancing customers since 1759 across 150 countries and is the world’s most popular dark beer. Any outfit calling itself an Irish pub has Guinness on draught or things get messy.

Guinness also has a great Imperial Stout for stronger dark beer fans everywhere. You’ll see it by the slightly different label and higher ABV on the can, although it keeps the staunch Guinness taste and flavor. 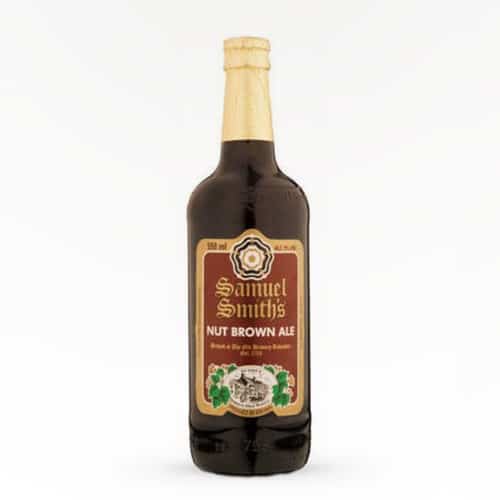 Brown ales are a specialty of northern England (the most popular of which is Newcastle Brown Ale) which are fermented in stone Yorkshire squares (square tanks made from slate). This full brown malt beer is brewed at Samuel Smith’s small, traditional British brewery with well water (the original well sunk in 1758 is still in use) and features the best barley malt, roasted barley, yeast and aromatic hops. The flavor is derived exclusively from small amounts of dark malt put into the mix. 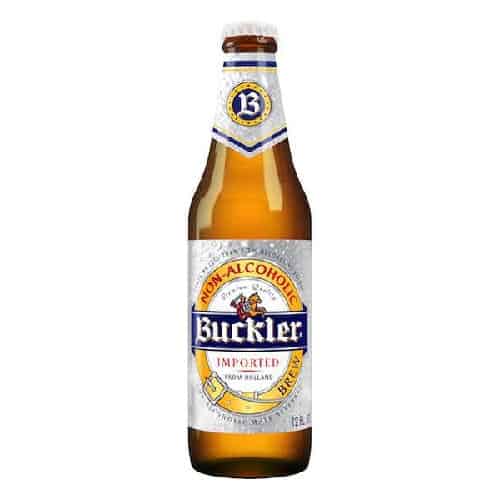 Dutch brewery Buckler has been making their low alcohol (if we’re getting technical) Pale Lagers since 1988. Alcohol-free beer has rapidly moved from an afterthought to a commercially viable beer market focus for big brewing companies and independent craft beer producers.

Buckler is a traditionally brewed non-alcoholic beer with a clean, crisp taste of fruit and flower, but with the lingering aroma of honey. Buckler Pale Lager is a quality option for individuals looking for refreshing full-bodied beer-drinking without being a brew that seems too heavy, or light, on the palette.