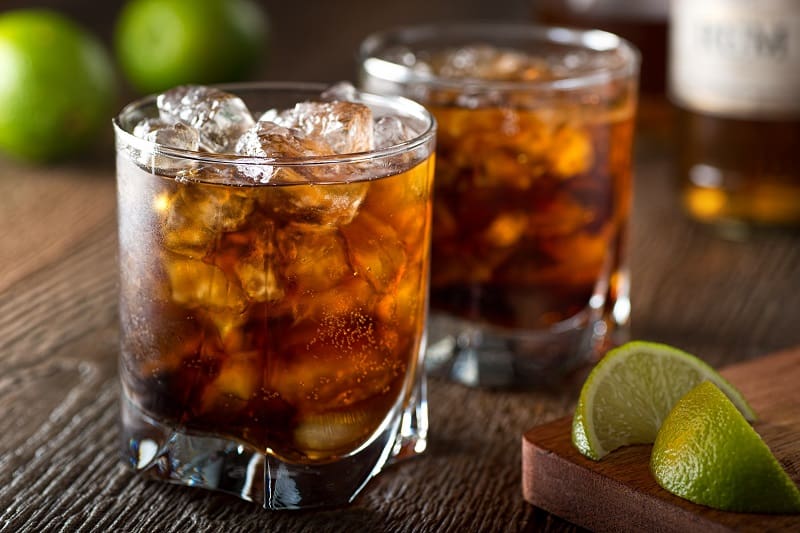 Nothing gets the party started quite like a rum cocktail. Rum production is rising in the US and Caribbean Islands. Old favorites, matured expressions, and a fleet of flavored rum bottles from independent producers are all part of the thriving landscape.

Many rum cocktail enthusiasts seem to fall on one side of the dark rum (complex “heavier” flavor) or white rum (cleaner, “fiery” flavor) line. Others still split the difference with sweeter gold rum. You’ll find all types and more in the list below.

This collection of the 15 best rum brands for cocktails in 2021 showcases some of the best bottles in everyday rum crafting. It’s a diverse group that varies in style and region of production, level of filtration, alcohol content, taste, and purpose. 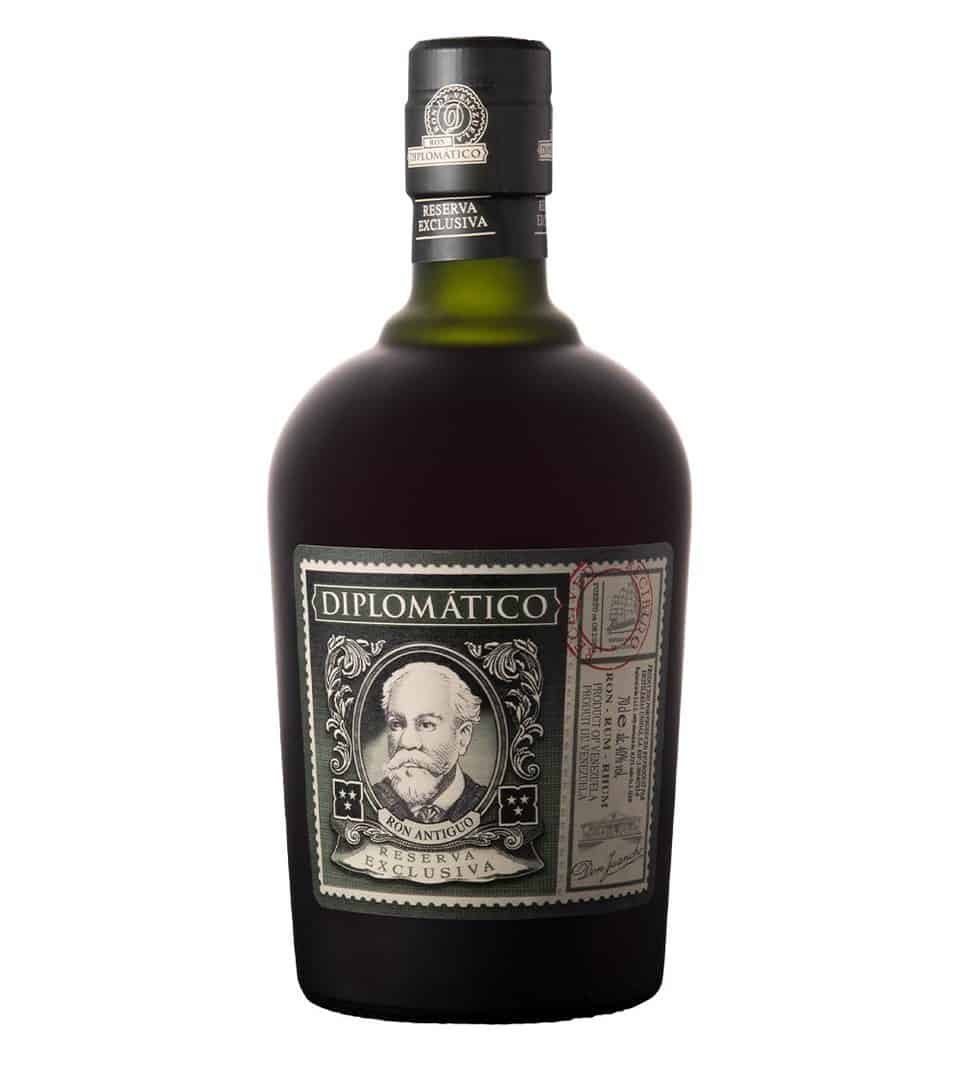 Diplomatico Reserva Exclusiva is a Venezuelan aged rum distilled in copper pot stills and aged for 12 years. Diplomatico is produced from molasses and sugarcane honey from the syrup left behind from the cane’s first boiling. It’s a subtly spicy, dark rum, with the banana flavors augmented by notes of vanilla and dried fruit. 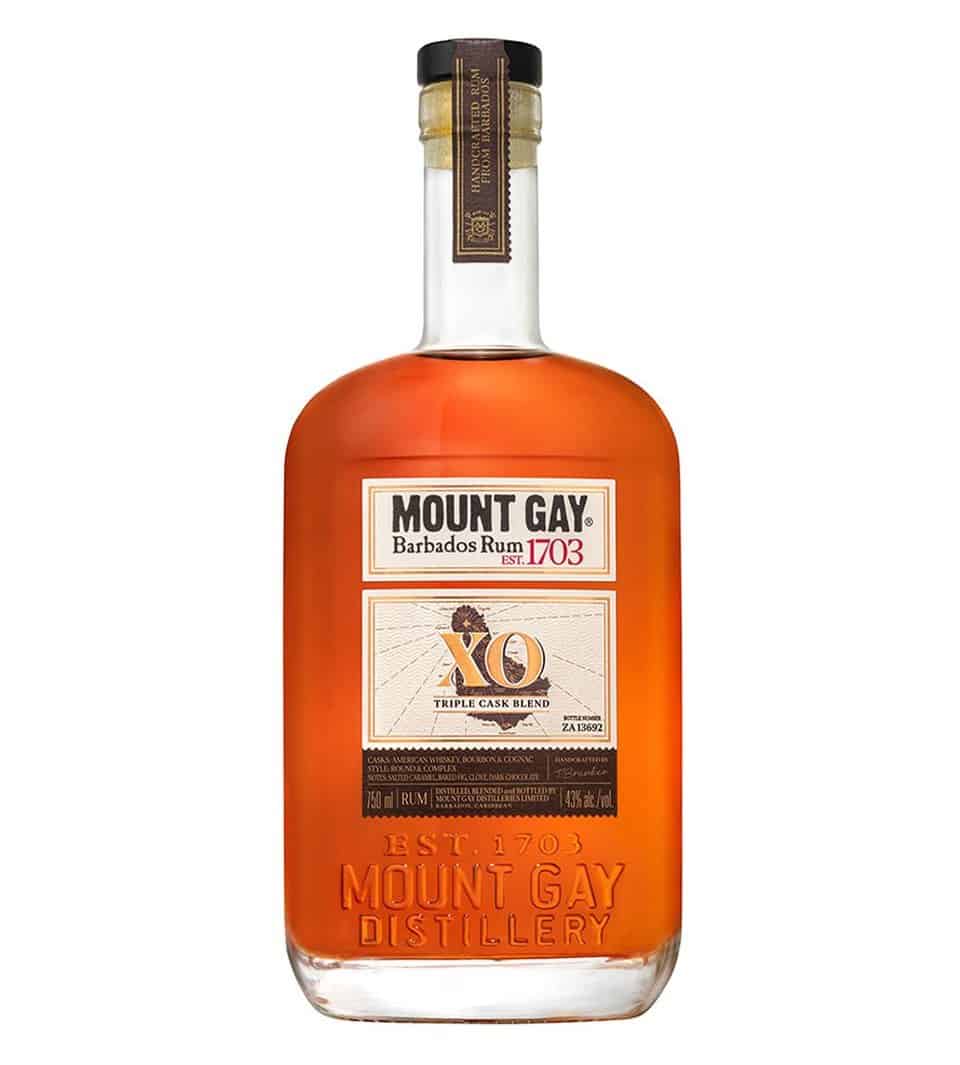 With 300 years of heritage, Mount Gay is the oldest rum distillery in the world. Mount Gay XO is a small-batch blend of rum matured between five to 17 years in American whiskey, cognac, and ex-bourbon barrels.

The nose is redolent with vanilla oak and dried fruit spices balanced by caramel and chocolate. It’s smooth and on the palate with a coconut cream mouthfeel that yields a long, sweet finish. The Mount Gay XO expression is a premium gold rum made for supreme enjoyment, whether folded into a top-quality Daiquiri or rum and fresh pineapple juice, it refreshes and excites. 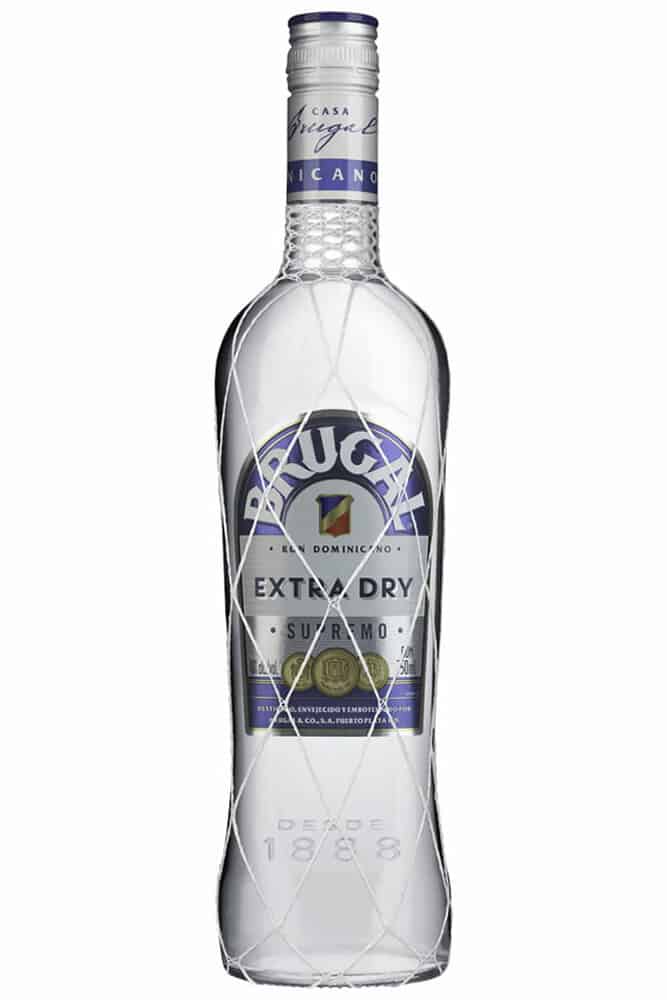 The pride of the Dominican Republic, the fourth and fifth generations of the original Brugal continue to honor his legacy, by acting as the personal guardians of the entire rum-making process. The Brugal family rum recipe is a closely guarded secret. After going through the distillation process, Brugal Rums are aged for up to eight years in hand-picked American oak casks.

The finish is warming and spicy with cardamom and coriander. If you’re looking for an inexpensive clear rum to become a favorite rum for cocktail making, then Brugal should be near the top of your list. 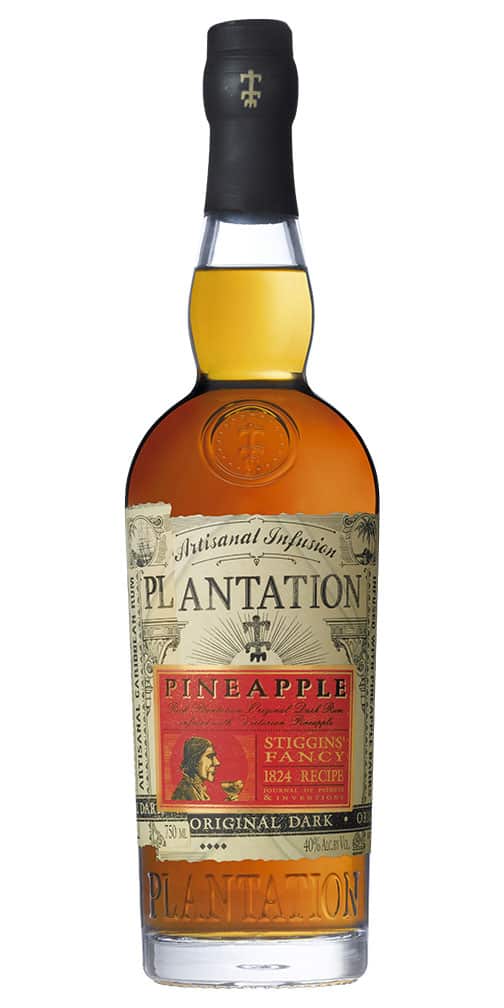 This deliciously unique sweet pineapple rum was originally never meant for sale but has since morphed into a much-loved craft distilled rum that sets tongues (and taste buds) wagging. Plantation cellar master Alexandre Gabriel and author David Wondrich created this great rum to share during the Tales of the Cocktail conference, in honor of Reverend Stiggins, whose favorite drink was the pineapple rum in The Pickwick Papers by Charles Dickens.

The Fancy Pineapple Rum was such a hit that Plantation made it an official release, and it’s an outlier of great quality in the flavored rum market, that is perfect for a well-crafted pina colada or Mai Tai.

SelvaRey Coconut rum is made from an incredibly smooth, two-year-aged rum, infused with velvety coconut essence. According to superstar owner Bruno Mars, SelvaRey Coconut is designed to raise the bar in the coconut rum category and the world of tropical cocktails.

“SelvaRey Coconut delivers the ultimate drink every time,” said Mars at its pre-summer launch. “It’s hands down the best coconut rum you’ve ever tasted. Who wouldn’t be happy with a SelvaRey pina colada in their hand?” If coconut rum is not your thing, SelvaRey also offers white rum and chocolate rum versions, and a hard-to-find premium rum, Owner’s Reserve.

See more about - The 8 Best Rums For A Pina Colada 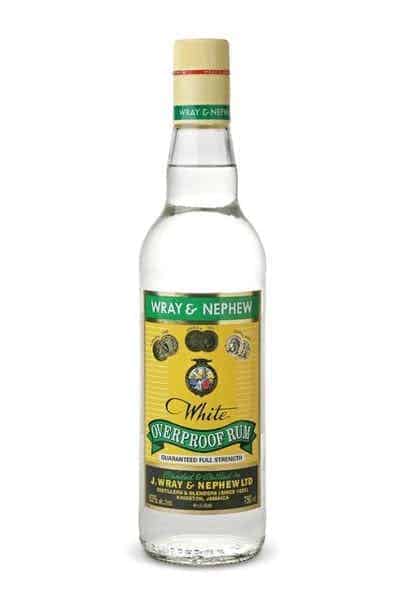 Iconic Jamaican rum brand Wray and Nephew topped our list of best white rum to try, and it’s also right near the top of our cocktail drinking list. This bottle is responsible for 90% of domestic Jamaican rum sales and is the pre-eminent “strong” overproof rum sold worldwide.

Wray and Nephew is an overproof rum that carries an extra wallop (at 63% ABV) and is designed with your party in mind. It has a natural, sugar-sweet aroma with overtones of fermented molasses. The palate is fruity, and the extra booze kick is tangible alongside notes of banana and a little oak.

The finish is long and filled with a flavor synonymous with Caribbean rum. It’s a fiery white spirit for the rum lover who enjoys holding court in social situations, and its strength adds power and punch to any cocktail. 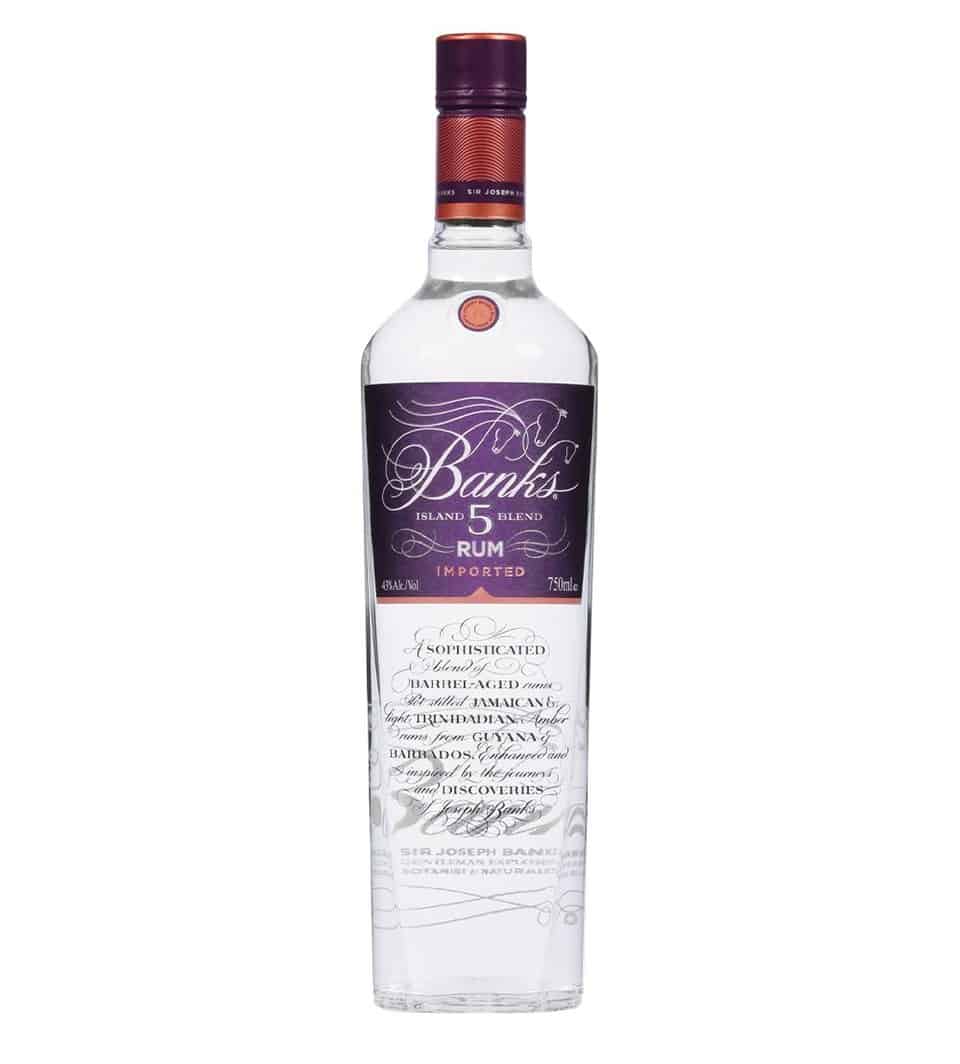 A blend of rums from five distilleries, each aged between three and 12 years. The rums are from Trinidad, Jamaica, Barbados, and Guyana, but also include Batavia Arrack from Java. Batavia Arrack is a sugar cane juice and molasses distillate produced exclusively on the Indonesian Island of Java. The maturation process includes the addition of local fermented (red) rice.

Banks 5 Island is just the type of expression that’ll liven up any rum cocktail, or work just as well with lime juice, ice, and a little bit of fresh tropical fruit. Banks also has a golden rum blend of 23 rums from seven countries that we highly recommend if a sweeter Caribbean rum for sipping on the beach is more your kind of thing.

This craft distilled Hawaiian flavored rum offers an outrageously smooth, sweet-tasting bottle at a reduced ABV (34%) interspersed with the wonderful flavor of genuine Kauai coffee. Koloa Coffee Rum is made from the mash of raw sugarcane juice, distilled in a steam-powered copper pot still and cut with filtered water from Mount Waialeale.

The perfect accompaniment to any coffee cocktail, Koloa Coffee rum melds the taste of chocolate and coffee balanced by sugar cane sweetness and is a useful bottle for making your favorite rum espresso martini.

Rhum Barbancourt 5 Star 8 Year is a product of Haiti aged to perfection in 100% French Limousin oak. Barbancourt is produced from pure sugarcane juice and double distilled in a manner similar to Cognac. Aficionados often rate it superior to AOC Rhum Agricole (from the Isle of Martinique) but at a much more affordable price.

This powerful, fine dark rum includes notes of fruit, vanilla, and pepper, and is perfect for simple sipping or carrying a tropical cocktail recipe such as a rum punch, Mai Tai, or tiki drink. Rhum Barbancourt 5 Star 8 Year is a unique head turner sure to draw comments from those checking out your collection. 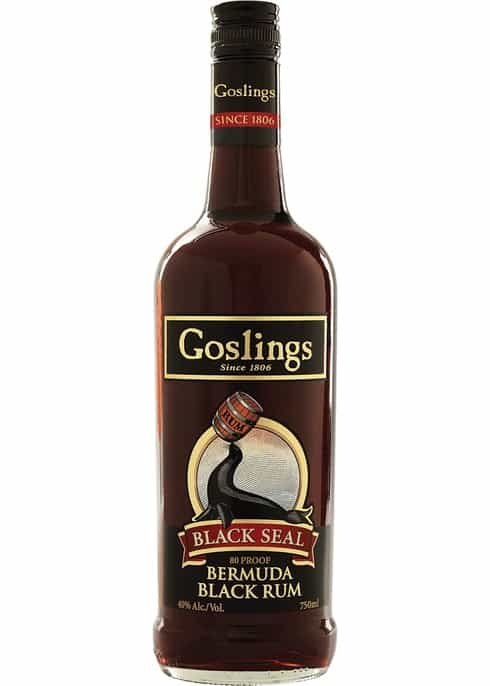 Ginger beer, black rum, and lime juice. Simple and sizzling. A Dark and Stormy rum cocktail is made better by Gosling’s Black Seal Rum. It’s such a potent combination the company has even trademarked the name Dark and Stormy. That’s all the evidence I need.

The molasses, brown sugar, heady spice mix, and lengthy maturation process add to the bottle’s mystique, and the lovable seal on the label doesn’t hurt either. Goslings Black Seal Rum is not just in the mix for a Dark and Stormy, you can add it for a belter rum punch or in a variety of tiki cocktails to give them a more specialized spiced rum hit. 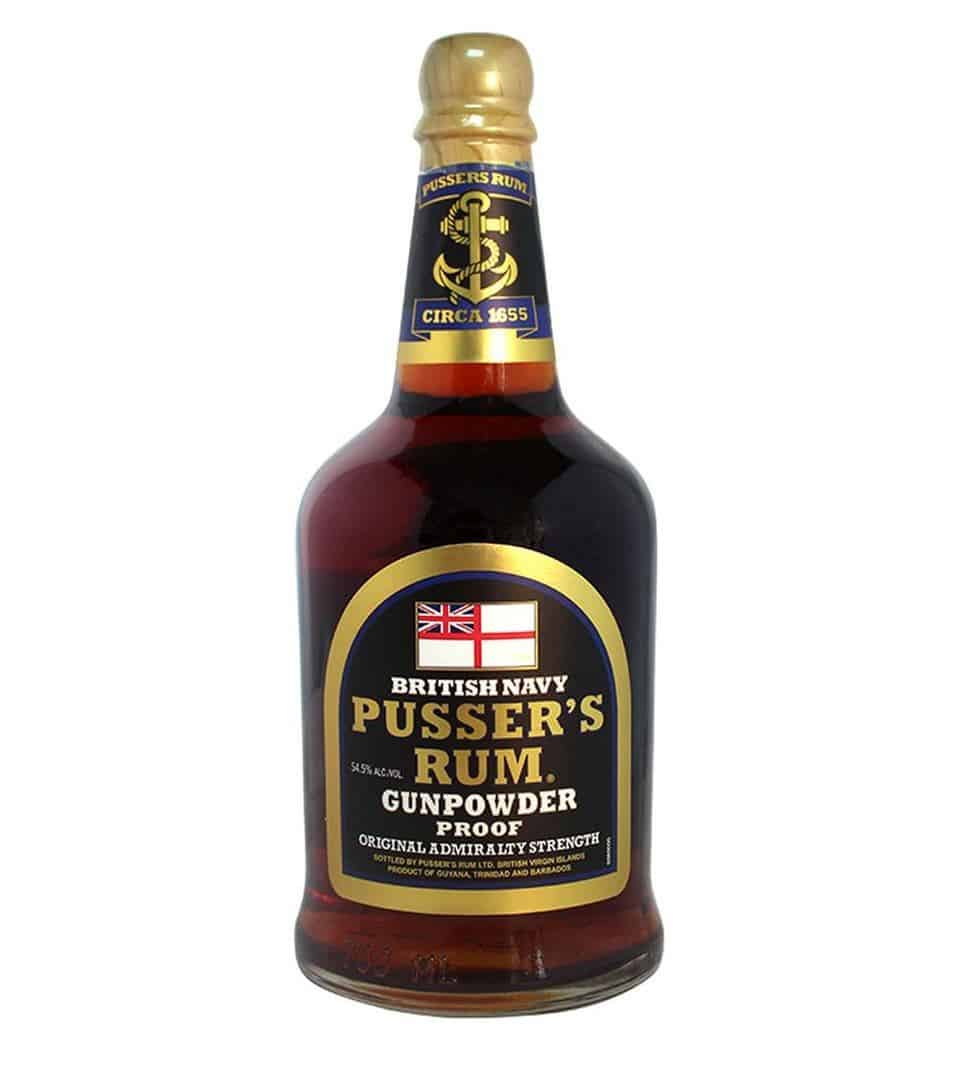 “Pusser” is British Royal Navy slang for a purser, who was a ship’s supply officer. They controlled the quantity and quality of rum rations each sailor was assigned. Pusser’s Gunpowder Proof is a traditional Navy rum produced at original Admiralty strength (56.5% ABV) in accordance with the blending recipe last used when the British Royal Navy discontinued its daily ration on July 31, 1970.

Pusser’s Gunpowder Proof is the ultimate traditional navy rum. There’s no flavors or coloring added to the mix, just a strong mix of spice flavor and aged rum. If you want a darker rum to drink by the glass and warm your belly, or just a powerful spirit with which to enhance a cocktail or mixed drink, then Pusser’s is the rum for you.

Norman “Sailor Jerry” Collins was an icon of ink, a sailor of repute, and an all-around interesting guy. Funnily enough, he didn’t drink, but I’ll never hold that against him.

Sailor Jerry is a fine rum brand that distills spiced rum the old school way. Its taste is a finely balanced mix of oak, vanilla, cinnamon, and clove flavor designed with simple drinking in mind.

As far as American flavored rum goes, you’ll be hard-pressed to find a better inexpensive choice to make a mighty mojito, rum punch, or crafty Long Island iced tea. Grab a couple of Sailor Jerry bottles for your cocktail bar and watch the fun last long into the night.

Bacardi Black Rum is a medium-bodied expression crafted with rich, complex dark flavors in mind. The rum is developed in heavily charred ex-bourbon barrels then shaped and filtered through a secret blend of charcoal to give it the exceptional taste of brown sugar, vanilla, licorice, and molasses.

Bacardi Black is one of my favorite rums for mixology – it has a notably intense flavor on the palate. If darker rum is not your thing there are a lot of flavored and light rum expressions the world’s most popular makes for entertaining. 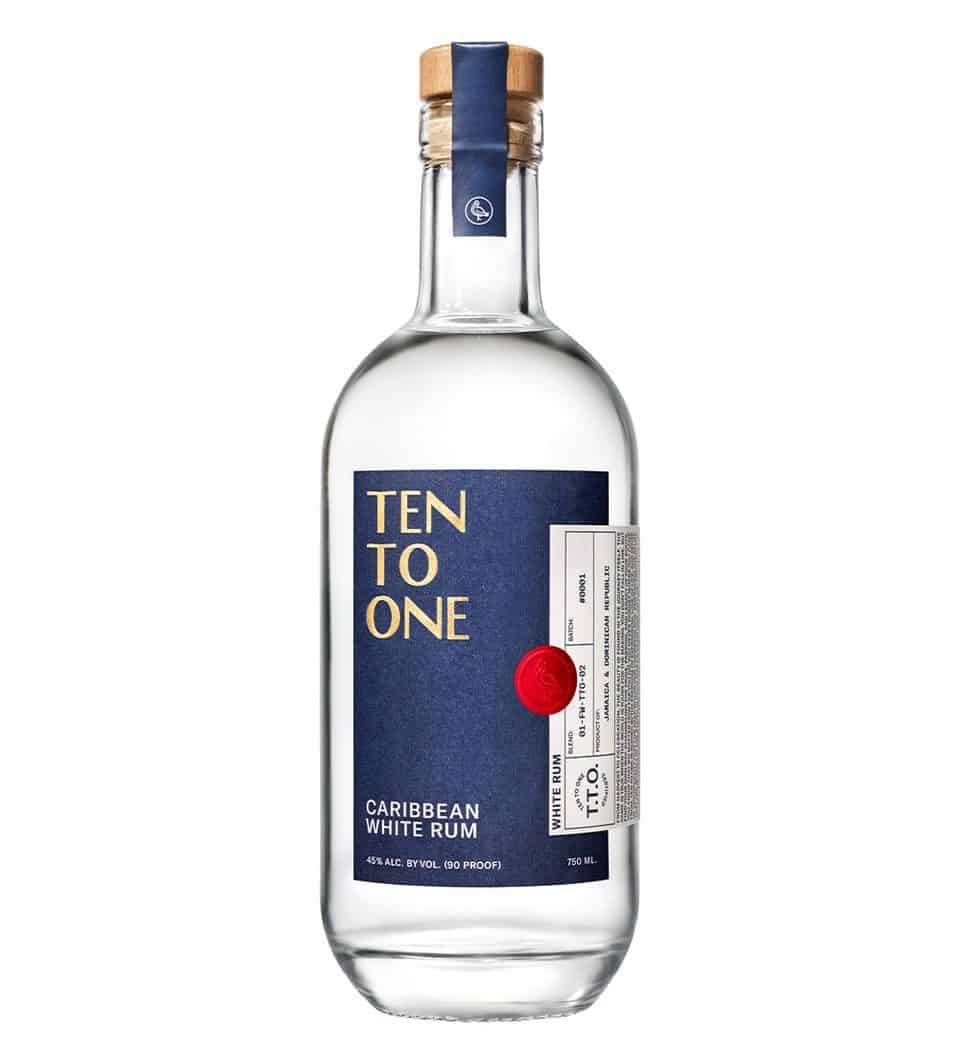 Ten to One features notes of pepper, jasmine, citrus, coriander, and lemongrass on the nose, with a citrus palate rich with banana flavor and spices that linger through a warm, friendly finish. Aimed at premium rum cocktail recipes, Ten to One is a complex and flavorful sipping rum popular with bartenders and at-home mixers alike. 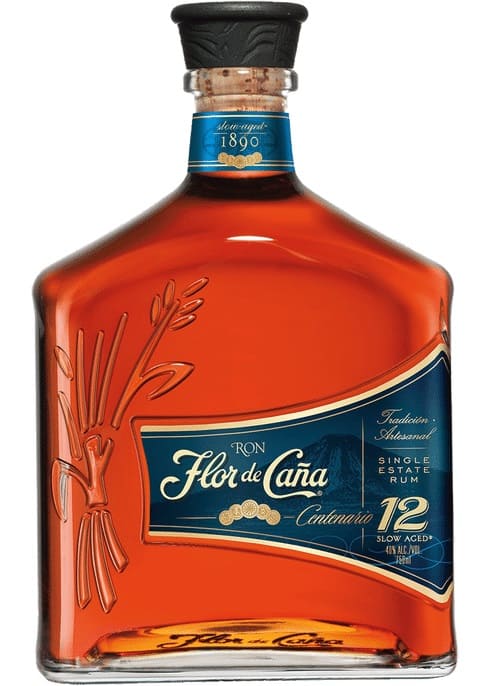 This rum has the aromas of red fruits, nuts, and honey, which give it a beautiful amber hue and a well-balanced taste. If you’re a rum drinker looking for the socially conscious best rum brands for cocktails – from rum punch to mojito – then look no further than Flor de Cana 12 Year.