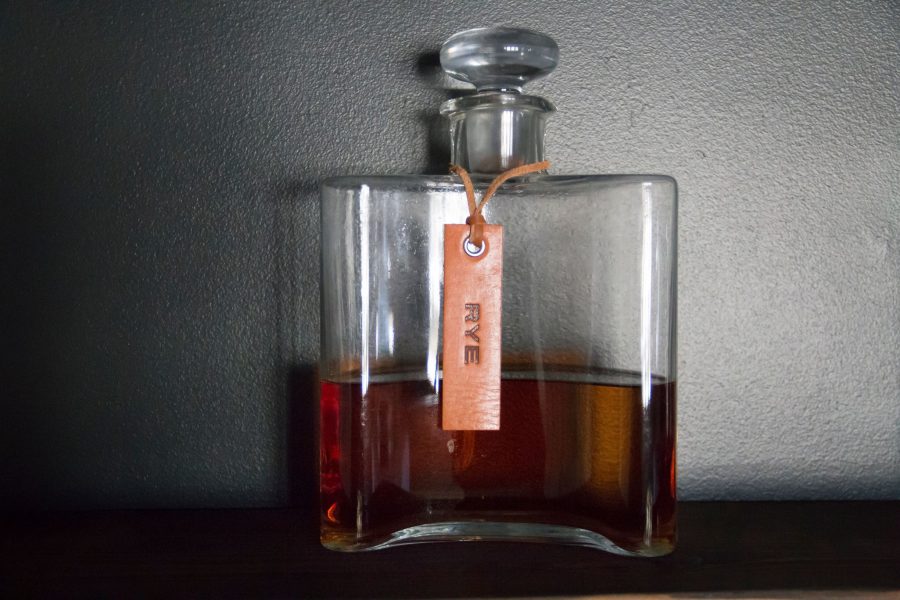 To the casual drinker, rye whiskey may often be confused with American bourbon, however they’re quite different in taste despite similarities in the distillation process.

If you are new to drinking rye whiskeys or are looking extend your bar and palate into a new direction, the following list of 7 best rye whiskeys to try in 2020 will help you find the taste you like. As always, enjoy responsibly! 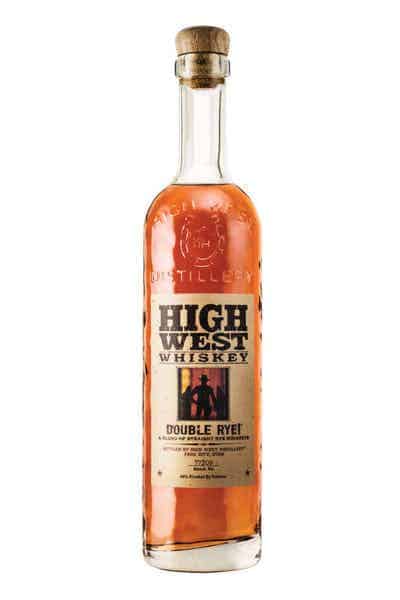 The younger rye whiskey creates a bold up-front taste that mellows to hints of wildflowers and anise on the palate.

The Double Rye! is a quality mid-priced American Rye that drinkers of all types can enjoy whether sipping an Old Fashioned cocktail or drinking neat. 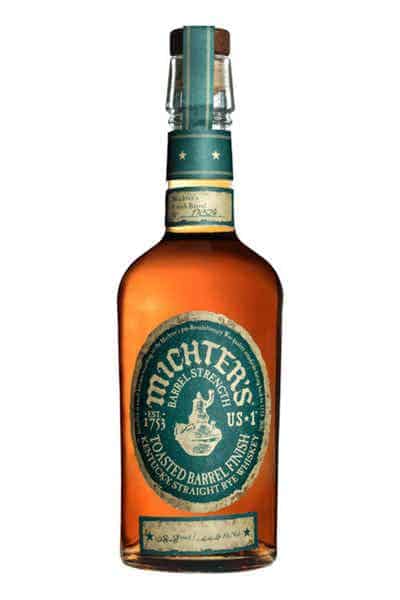 Michter’s makes an enjoyable American Rye whiskey, however it likes to experiment by adopting different barrel finishes to craft even better tasting whiskey with variety in cask strength.

The result is the brilliant Toasted Barrel Finish Rye, which uses a second custom barrel made from air dried wood and toasted (instead of burnt) at the end of the distillation process to add an extra layer of unique flavor.

Michter’s US-1 Toasted Barrel Finish Rye is the most expensive but most uniquely flavored bottle of rye whiskey on the list and would suit the collection of a serious connoisseur. 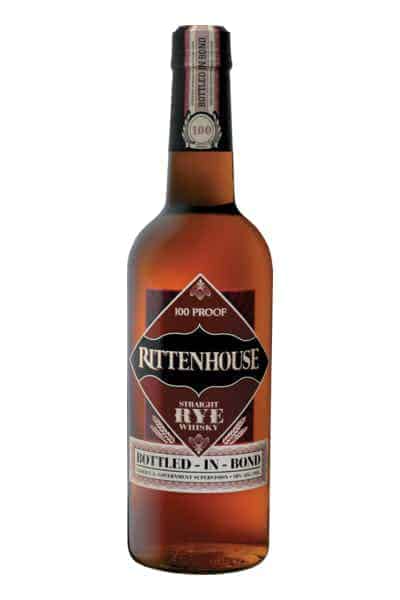 Rittenhouse Rye is a favorite for whiskey drinkers of all stripes. The brand is known for a strong, spicy flavor in their rye whiskey, making it a popular choice for drinking straight or for use with other spirits in a classic cocktail.

Taste wise the Rittenhouse rye is well balanced, with caramel and cinnamon flavors helping contrast the bold rye taste against hints of fruit such as apple and pear.

Rittenhouse Straight Rye Whiskey not only tastes as an American Rye whiskey should, it’s light on the wallet as well. 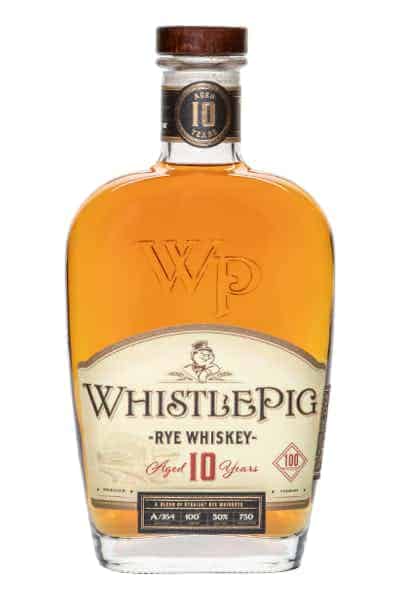 WhistlePig Rye 10 Year has been aged for at least a decade through a unique double barrel process and made with 100% straight rye at their Vermont distillery.

The Whistle Pig’s lengthy maturation process results in a full flavor, with accents of vanilla and caramel working in opposition to the classic rye spice from the mash bill.

Its creamy finish leaves your tastebuds with notes of dark chocolate on the tongue. 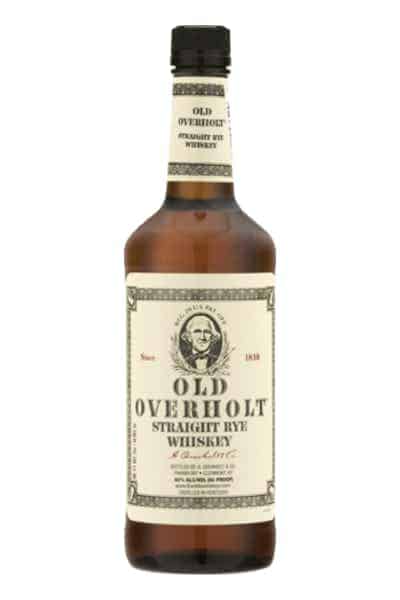 The famed Old Overholt rye whiskey was at the forefront of booze sales after Prohibition ended and whiskey lovers could get back drinking their rye without the threat of fines and prosecution.

It’s a quintessential rye whiskey, aged in oak for three years for a bold and peppery base, yet drier finishing taste.

Now bottled in Kentucky, the brand’s long and interesting history links it with famed gunslingers and drinkers Doc Holliday and Johnny Ringo – it’s the rye of choice amongst the tourist spots of Tombstone, Arizona.

The cheapest bottle on our list Old Overholt is more than just a rye whiskey, it’s a bottle of American history you can add to your collection. 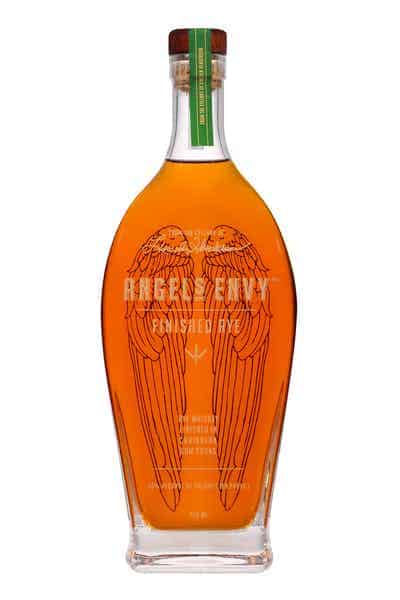 The raw spice of the rye mixes tremendously with taste of vanilla and caramel, plus the rum’s sweetness enlivens the American Whiskey.

Another top shelf and uniquely flavored rye whiskey, Angel’s Envy is designed to impress even the grumpiest whiskey lover. 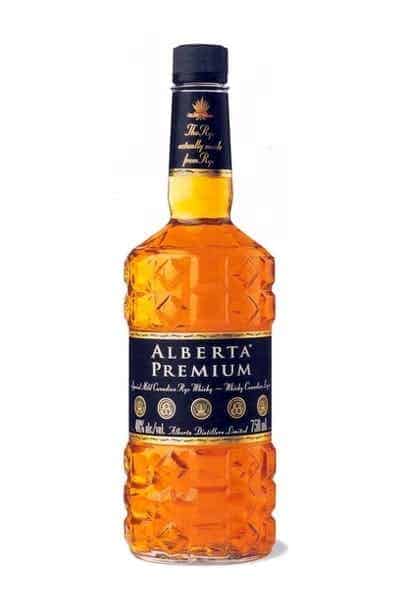 The only Canadian rye whiskey on the list (note the spelling!) Alberta premium is made by blending two aged whiskeys, one of which is aged for flavor in bourbon casks.

After mixing they’re aged for another five years to give the barrel strength extra polish, and a taste mixing caramel with hints of honey amidst the rye spice. 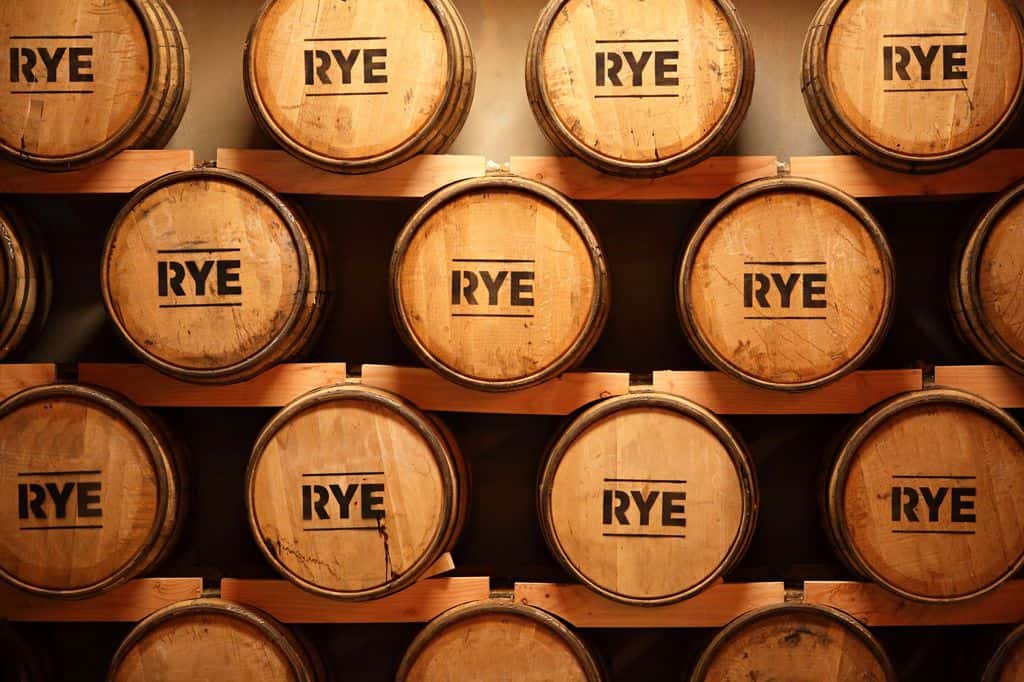 For a spirit to call itself American rye whiskey, the mash bill must be made up of at least 51 percent actual rye grain.

Aside from the straight rye whiskey, you’ll find some rye bills filled out with brown sugar, corn, or malted barley, or even finished in wine, rum, or brandy casks to add another flavor dimension.

Most popular Kentucky style rye whiskey is made alongside famous bourbons such as Jim Beam, Knob Creek, and Wild Turkey, while other brands like to specialize on rye only.