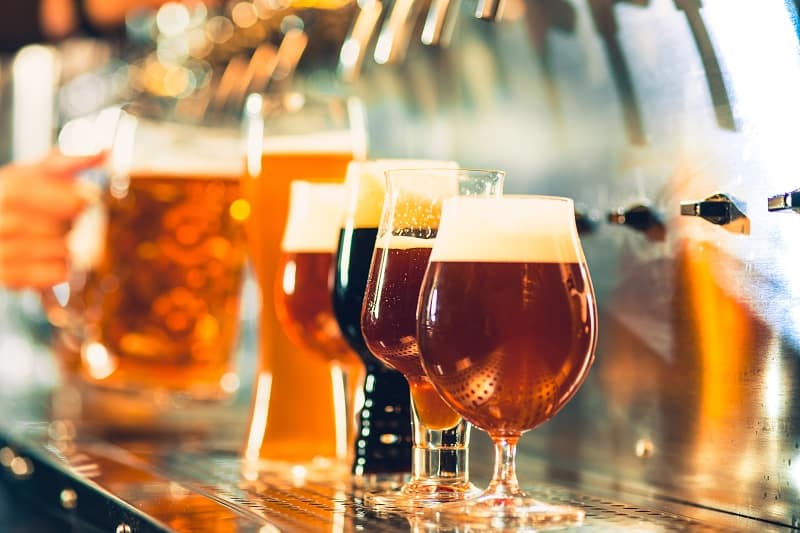 Compiling a list of best tasting beers is akin to ordering a succulent Chinese meal – it’s impossible to finalize what you really want, atmosphere is important, and sometimes consensus is the best way to make a choice.

Parsing between commercial brew powerhouses, beers of the world, and the increasingly dominant craft beer market means there’s no shortage of candidates for a list of top beers. The following list of 10 best tasting beers in 2021 contains a cross section ranging from light beer, pilsner and lager through to Imperial Stout and India Pale Ale (sorry no sour beer).

Check out the selections, and if you’re unfamiliar with each one, give them a try so you can create a best of list of your own, while if you specifically like craft IPA beers then check out the other list we put together.

See more about - The 17 Best IPA Beer Brands to Try 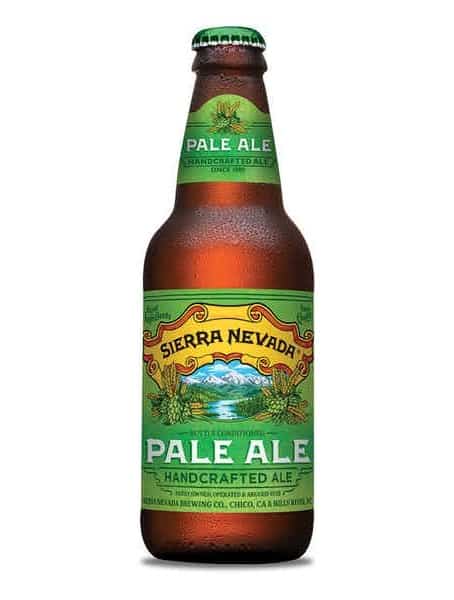 If you’re looking for beer flavor balanced between a hoppy IPA and a more traditional pale lager, this is the classic beer to put you right.

Sierra Nevada Pale Ale is the epitome of quality. There’s a simple reason that it’s the beer lover’s favored beer: it sets the table for many types of beer drinker yet takes nearly nothing away.

This amber ale uses famed cascade hops to create the aroma of tropical fruit, flavor of pine, and a little hint of spice amidst the bedrock of malt flavor. Sierra Nevada Pale Ale is vibrant and complex on the palate, but tastes simply delicious. 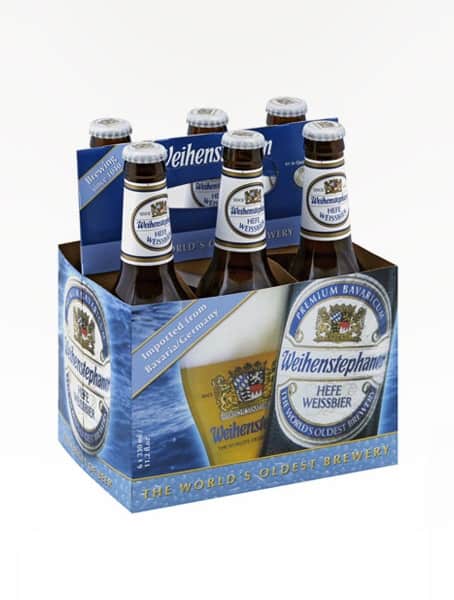 I spent a fair bit of time in Germany last decade, scooting around the sites and partying in some of Munich and Berlin’s awesome pubs and nightclubs.

I drank Weihenstephaner beer almost exclusively. On tap at pubs, bottled or canned beer behind the makeshift bars in warehouses and squats when I wasn’t trying to blow myself up drinking Jaeger bombs. These days you’ll find it flowing at any Bavarian style bier café or Oktoberfest party.

Beer in Germany, is a fine, and very simple art. Check out the Reinheitsgebot (German Beer Purity Law) for example: Introduced in 1516 by Duke Wilhelm IV of Bavaria, the legislation allows for only hops, barley, water and, later, yeast in every beer.

In the 500 years they’ve been brewing under the Reinheitsgebot, tremendous tasting wheat beer like Weihenstephaner is the result. They’ve also got lager, darks beers, and higher ABV beers too if that tickles your fancy. 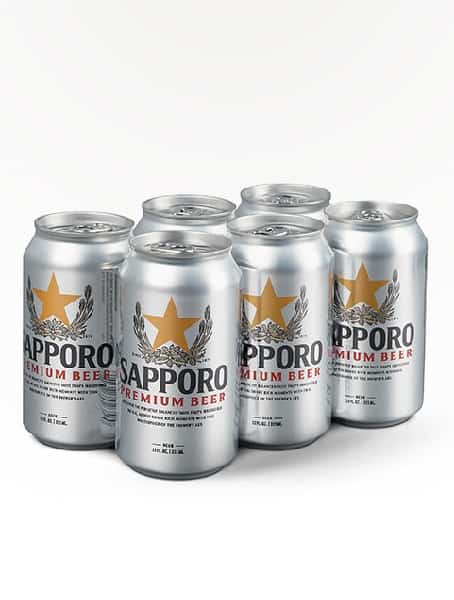 Once upon a time, I spent nearly two years living and working just outside of Yokohama, Japan. I got to know the Japanese passion for quality beer brewing. Much like their love for crafting whisky, efficiency, painstaking detail, and quality assurance are mainstays of the Japanese beer style.

For mine, Sapporo was the best Japanese beer brand (just edging Asahi and Kirin), and a beer I continue to drink when the opportunity arises.

In US terms it’s a light lager, with a nice aroma of hops, clean and refreshing for the palate. Sapporo is a very full flavored lager, sweeter than others, and could be the only rival to Corona on this list for versatility.

It’s doesn’t matter where you are or what you’re doing, if you reach for an ice beer and pull out the Silver Bullet Sapporo can, make sure you crack that tin because you won’t be disappointed. 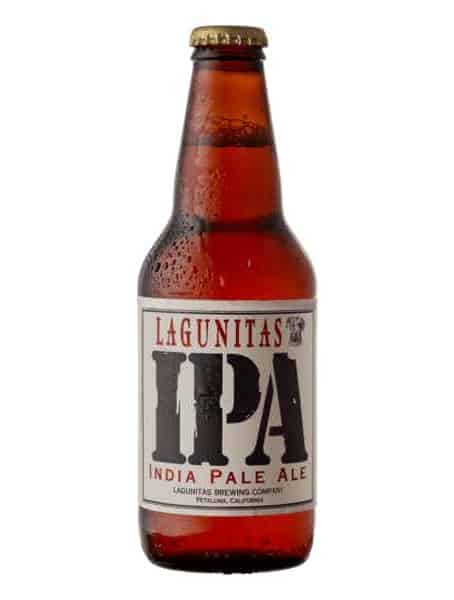 “IPA is the most popular style of craft beer. It fits right in the bell curve of bright bold beer flavors that you can enjoy a few of and still get up for work in the morning,” – Declan Roche, Venue Manager, Saccharomyces Beer Café.

A highly drinkable India Pale Ale from the popular California craft brewery. The balance is great for the beer drinker looking to branch out from Bud Light and learn a new style. In an IPA such as this, hops are where the action is.

Caramel malt sweetness provides the richness that creates balance in contrast to the fruity hops, where you’ll find citrus and pine in the flavor profile. It’s not the craziest IPA you’ll find out there, but it is one of the nicest tasting and at a healthy 6.2 % ABV. 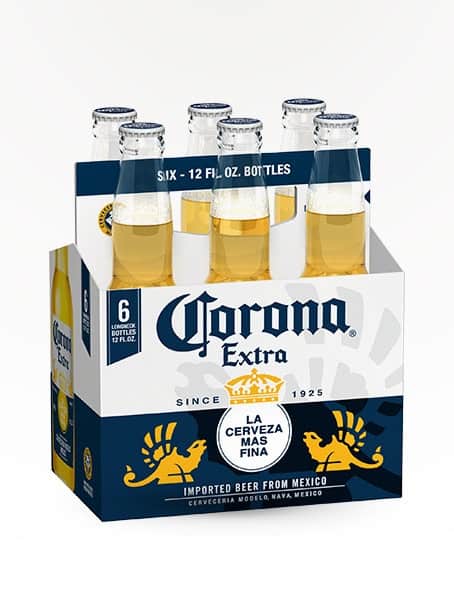 Sometimes, there is no need to get cute with your beer style. Corona is a great tasting beer that an entire room of strangers would happily drink.

Available in 150 countries worldwide – I’ve been to a lot of them and can attest to this – Corona is Mexico’s best-selling beer, the best-selling non-domestic beer in the U.S., Great Britain, and Australia, and one of the top five consumed worldwide.

Corona is a crisp, clean, and refreshing tasting beer in ways heavier lager or ale can’t and won’t reach for. When you throw a wedge of lime in the brew, the flavor takes off with the citrus infusion. 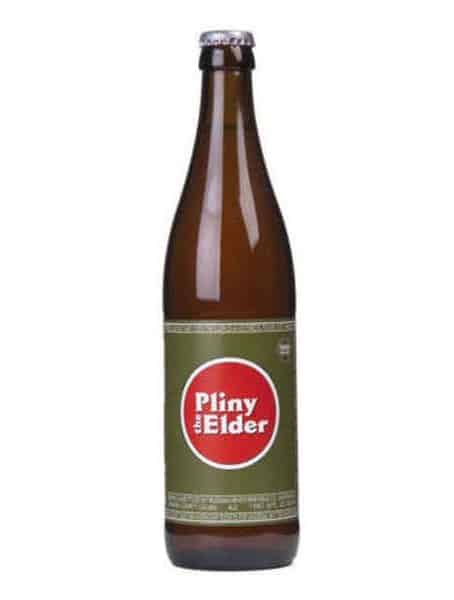 “Double IPA is not strictly mathematically accurate but you’re doubling or almost doubling the malt that you use, the hops, and nearly doubling the ABV from a session IPA. Some of us that don’t like numbers prefer the term Imperial to Double IPA.” – Declan Roche, Venue Manager of Saccharomyces Beer Café

Pliny the Elder was a great Roman writer – he started the whole Encyclopedia thing – who died trying to save a friend during the eruption of Mount Vesuvius that wiped out Pompeii.

Make sure you drink it quickly, it’s better fresh than left in the fridge for any length of time. Note that the bottling date is printed on each one, and that it can be hard to get due to the limited brewing schedule. 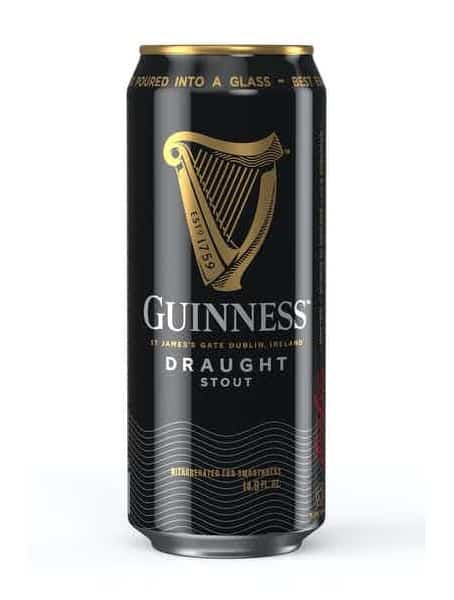 The famous dark Irish dry stout, Guiness has been entrancing customers since 1759 across 150 countries and is the world’s most popular dark beer. Any outfit calling itself an Irish pub has Guinness on draught or things get messy, and for everyone else at worst there’ll be cans around for the beer lover looking for quality Irish Stout, pretty much wherever you go.

Also, keep an eye out for the Guiness Russian Imperial Stout brewed at the Guiness Open Gate Brewery in Baltimore. It’s a limited-edition dark beer Kentucky bourbon barrel aged for a double digit abv that you can find by the four pack. 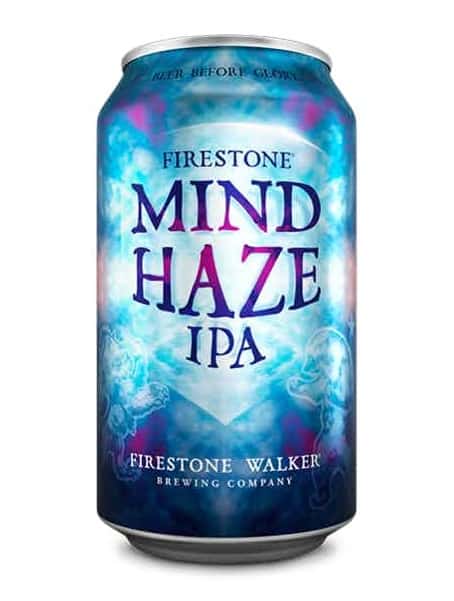 “You’re looking at juicier, less bitter beers than a Belgian IPA or brown ale. Ones that I would recommend for the newly experimenting beer drinker who may have experience with the slightly thicker, creamier mouthfeel of German wheat beer or prefers a commercial lager with some weight.” – Declan Roche, Venue Manager, Saccharomyces Beer Café.

One of the reasons the Mind Haze is great beer is its accessibility. Many hazy IPA offerings are craft beers that are brewed on site and then sold from their taproom or at most, local bars, due to their traditionally shorter shelf life.

Mind Haze is able to stay hazy for longer and therefore can be shipped all over the place. This is a good beer to match against spicy foods like Thai or Indian. 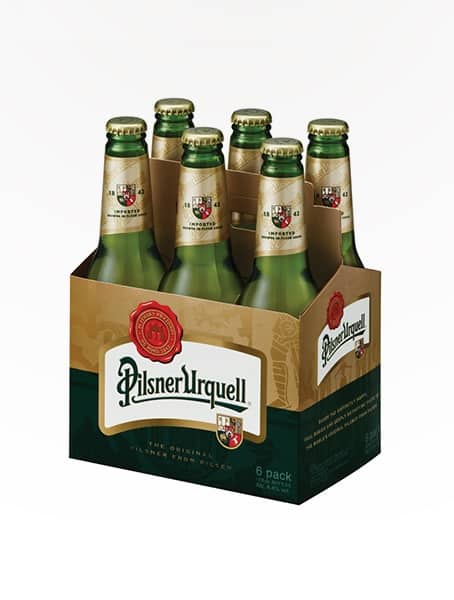 This cheerful malt flavor Pilsner redefined beer in the 1800s and is another beer I learned traveling.

I lobbed up in Prague quite thirsty and the barman poured me one from the tap. From there I didn’t bother with much else in the way of beer (I may have had a few interesting Absinthe cocktails).

You’ll struggle to find beer that looks as good in the glass – it’s a beautiful, golden colored beer that has a nice head. Urquell offers caramel malt balanced by a quenching, bitter bite that refreshes more than makes you wince – an important distinction for people like me who don’t enjoy sour beer.

It’s a comparatively light beer (to most of this bunch) at 4.4% ABV and not too damaging – you can knock over a few and have plenty left in the tank on a school night, or work your way through a more extended session. 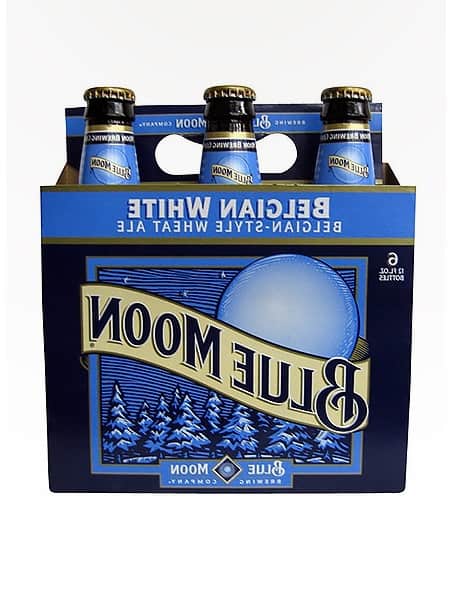 Owned by titans of brewing Molson Coors, the Blue Moon beer brand offers craft beer sensibility backed by a corporation unafraid to innovate. While not classified as a fruit beer, this Blue Moon is an orange amber ale offering Valencia sweetness amidst the refreshment of wheat.

If you like a sweet beer with a full, juicy mouthfeel and unfiltered profile, then it’s certain to resonate. And yes, that little spicy flavor you pick up in the fruity mix is coriander. 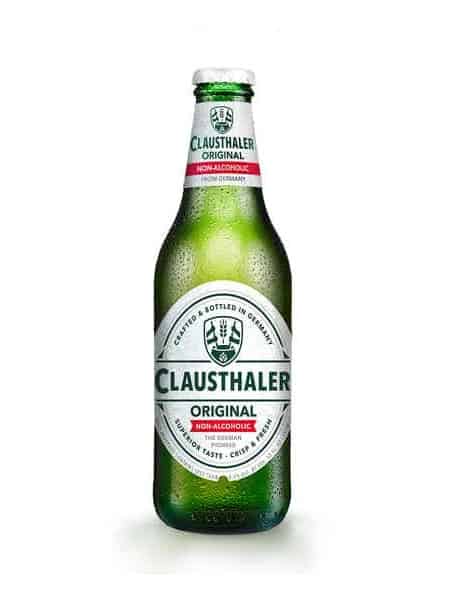 A pioneer and the top entry in our list of nonalcoholic beer to try, German brewer Clausthaler is dedicated to low alcohol and no alcohol brewing but with a craft brewery aesthetic. At 0.5% ABV Clausthaler is a great choice for those looking to drink a light German style pale lager but wish to keep their car keys handy for the drive home.

Clausthaler cater to a range of different palates by offering a sweet but bitey Grapefruit NA and Dry Hopped non alcohol brew for the malt loving beer drinker.