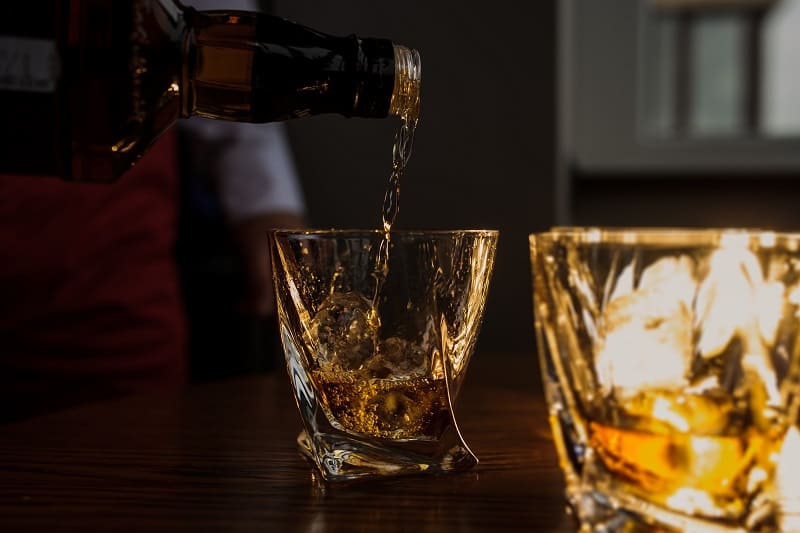 The 10 Best Tennessee Whiskey Brands to Try in 2022

Tennessee whiskey is a quality liquor style popular across the US now reaching a wider audience across the globe. The Volunteer State is rightfully proud of their local whiskey and its rich tradition, which includes the Tennessee Whiskey trail of 25 distilleries across Tennessee.

There’s a simple, yet important distinction between Kentucky bourbon and Tennessee whiskey which makes a huge impact on the taste and what goes on the label.

Creating Tennessee Whiskey – like the famed Jack Daniel’s – and bourbon whiskey from elsewhere has the same initial steps. Distilled from at least 51% corn, the spirits are aged in charred oak barrels to develop a rich, smooth flavor. The crucial difference is that Tennessee whiskey is filtered through sugar maple charcoal as part of the Lincoln County Process, which distinguishes Tennessee Whiskey from your average bourbon.

Lincoln County Process is the charcoal filtration method in which fresh whiskey passes through charcoal chips and is then put in oak casks for maturation. For a whiskey to attain the Tennessee label, it must go through the charcoal mellowing stage, in the state of Tennessee.

You’ll find, more often than not, that your Tennessee whiskey will be darker in color than most straight bourbon (unless they’ve been aged in double oak or as a specific type of craft whiskey) and offer a brown sugar sweetness from the sugar maple charcoal in filtration.

The following list of best Tennessee whiskey brands showcases a wide array of spirits from the state. Chances are you’ll know Jack Daniels, but others on this list are equally worthy of the chance to be sipped, splashed, or muddled into cocktails by whiskey enthusiasts everywhere. 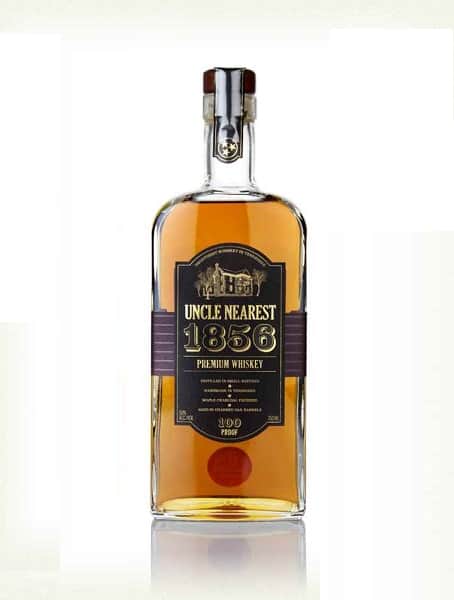 Uncle Nearest 1856 Premium Whiskey is named after legendary African American master distiller Nathan “Nearest” Green (the man who taught Jack Daniel). It’s a high quality craft whiskey produced in Tennessee using a combination of corn and rye, and is put through the Lincoln County Process of charcoal mellowing before being oak barrel aged.

Currently Uncle Nearest is a Tennesse blended whiskey produced by two local distilleries, while the brand’s own straight whiskey ages for use in the future. The nose tempts buttery vanilla and brown sugar mixed with currants. The palate features deft caramel corn whiskey, cereal oats, a touch of wood and grasses with depth from brown sugar.

The finish belies the 100-proof (50% abv) by offering traces of mint leaf and creamy milk chocolate. It’s a 750 ml bottle of brilliance that should find its way to the top shelf of every Tennessee whiskey drinker. 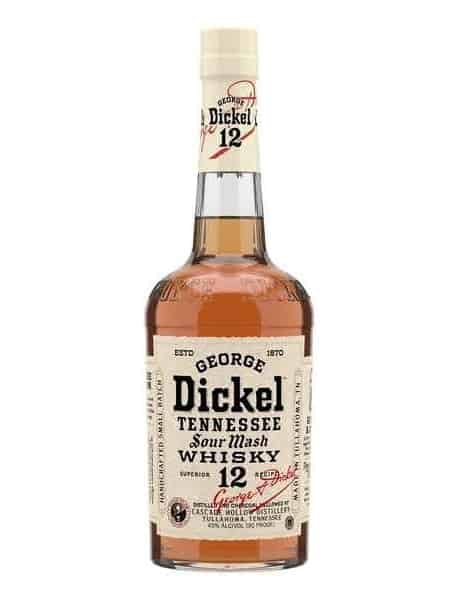 The quintessential smooth drinking Tennessee Whisky (Dickel spelled it that way believing it’s as smooth as any single malt) and it comes in 90 proof, the only bottle to have that distinction. George Dickel Superior No. 12 Tennessee Whisky combines older whiskies selected by Master Distiller John Lunn to create a more assertive flavor while maintaining the smoothest Tennessee whiskey finish.

Superior No. 12 offers the tasting note of rich oak and subtle vanilla that leads to a finish hinting at maple, butter, and smoke, which is a treat for the seasoned whiskey drinker looking for a slightly different mouthfeel. 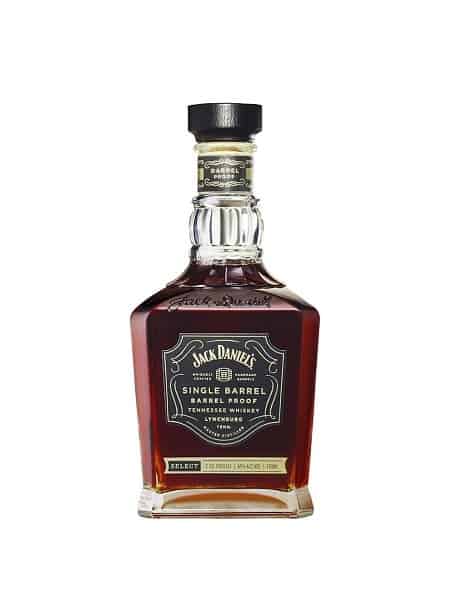 Jack Daniel’s Tennessee Whiskey is the top selling American whiskey worldwide, and sits second behind blended Scotch whisky brand Johnnie Walker. Jack Daniel’s Tennessee Whiskey is too easy to put on this list, and they are the one distiller with a broad profile of flavored whiskey and small batch options. So, I’ve gone with the interesting Single Barrel option instead.

This is the first cask strength expression from Jack Daniel’s, showcasing the rare 130 proof Tennessee Whiskey that despite its kick retains the smoothness of rich brown sugar, toasted oak and baking spice within the beautiful cherry amber liquid.

It’s unmistakably brown sugar sweet, but there’s just enough smoke and vanilla to cut off the richness and provide the smooth pull Jack Daniels is renowned for, before ceding to a warm, lengthy finish. This suits the whiskey drinker who wants a strong sipping American whiskey with power underneath smoothness. The Single Barrel Barrel Proof is well worth getting to know. 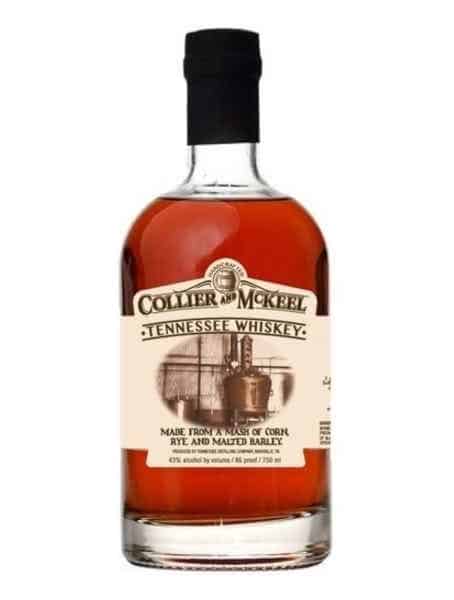 Made from a mash of corn, rye and malted barley and aged four years, Collier and McKeel Tennessee Whiskey is aged in uniquely small barrels to create a stronger oak aged character. It offers very clean aromas of sweet malt caramel, vanilla and the subtler hint of charcoal.

The sweetness builds on the palate, offset by the mash heightened element of rye spice notes, while the finish is typically Tennessee: smooth, with flavors of crème brulee, honey and oak. At 43% ABV the slightly bolder alcohol content gives it a charming stretch of heat in the afterglow when sipped neat or on the rocks.

If you’re a whiskey drinker looking for smooth and sweetly mellow American whiskey with unique sensibilities, this Collier McKeel Tennessee Whiskey would be a perfect bottle for you to add to your collection. 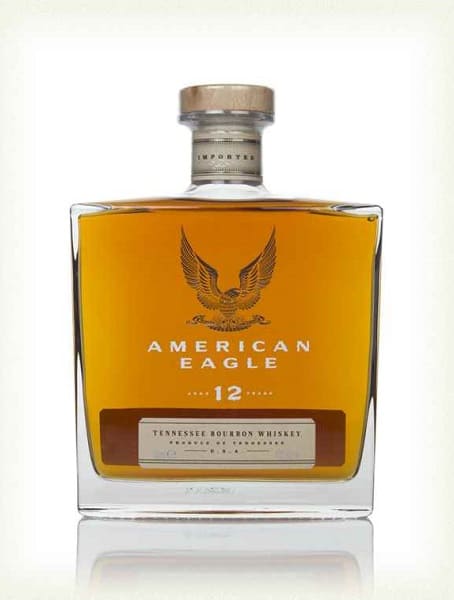 American Eagle 12 Year Old was a San Francisco World Spirits Competition Gold Winner in 2019 and profiles similarly to single malt Scotch whisky (not the spelling) despite being a mash bill marriage of corn, rye and malted barley.

The liquid was oak barrel aged for a lengthy 12 years before it was bottled at 43% ABV. American Eagle’s fresh nose offers traces of fresh lime and dried orange building to sweet spices of cinnamon, malt, and complex dried fruit on the palate.

Again, you’ll find the Tennessee whiskey sweetness balanced against high rye whiskey at the finish for a versatile expression where the lengthy maturation shows off depth and complexity in flavor 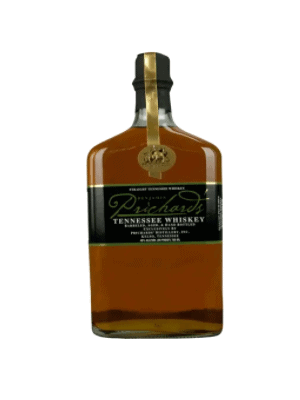 Pritchard’s spirit is oak barrel aged for 10 years which results in a flavor rich in the boldness of oak, caramel, ginger, and dried fruit.

Pritchard also has some other interesting whiskies in their portfolio, including Prichard’s Tennessee Malt Whiskey, Prichard’s Rye Whiskey, and their traditional moonshine expression Prichard’s Lincoln County Lightning Corn Whiskey, which is bottled straight from the still. 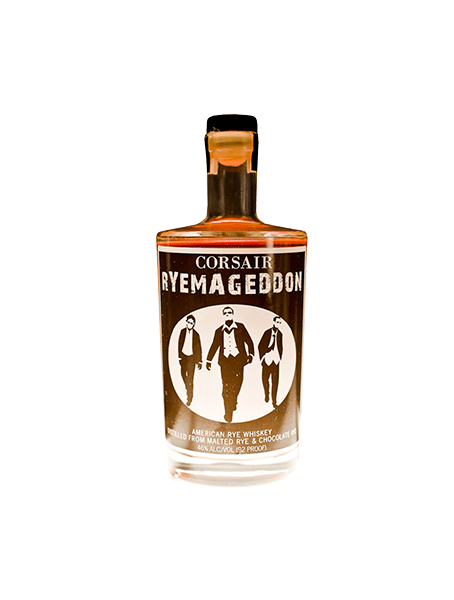 This is a Tennessee whiskey by whiskey distillery location, not by style. The most uniquely flavored whiskey on our list, Ryemageddon is a straight rye made from a mash of 80% malted rye and 20% chocolate rye.

It’s the golden honey color of a warm sunny day, strong with the rye pepper aroma, dark bread and wisps of apricot jam. On the palate it’s all powerful rye, with a bit of lingering cocoa to balance out the finish.

If you’re looking to build your bar or impress other whiskey enthusiasts with a quality, individual rye whiskey, then a cool bottle (it’s got awesome Reservoir Dogs vibes) of Corsair Armageddon would be a great addition. 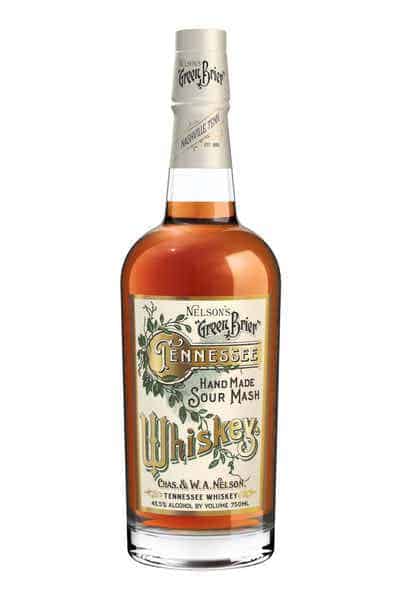 Nelson’s Green Brier Distillery re-opened in 2011 and is now producing Tennessee Whiskey and Belle Meade Bourbon. This whiskey features caramel, vanilla, and cinnamon, that combines with flavor of brown sugar, spice, caramel apple, and cocoa, topped off by black cherry at the finish. 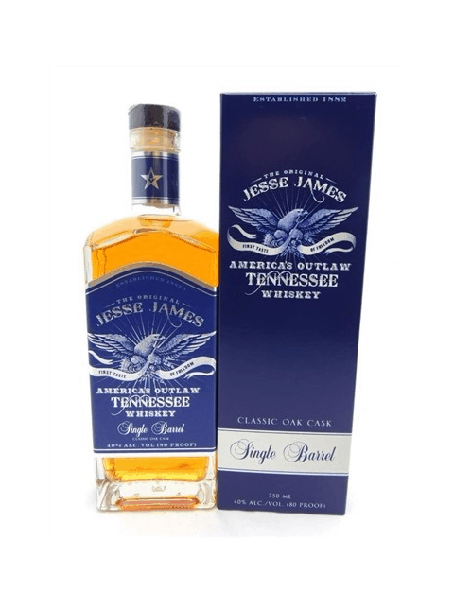 Jesse James Single Barrel Tennessee Whiskey is named after America’s “true outlaw,” which means there’s a certain amount of quality needed for a whiskey brand to reflect a name with such cachet.

Jesse James is pretty hard to get right now as a small batch offering, but it’s an excellent, smooth and full-flavored American whiskey. It’s a golden amber color, with the aroma of grain, cinnamon, and citrus and a smooth, easy to drink palate.

This is the type of whiskey suited to an occasional whiskey drinker or for a bourbon drinker looking to switch to a smoother, sweeter experience or maximize the flavor of a Manhattan or mixed drink. 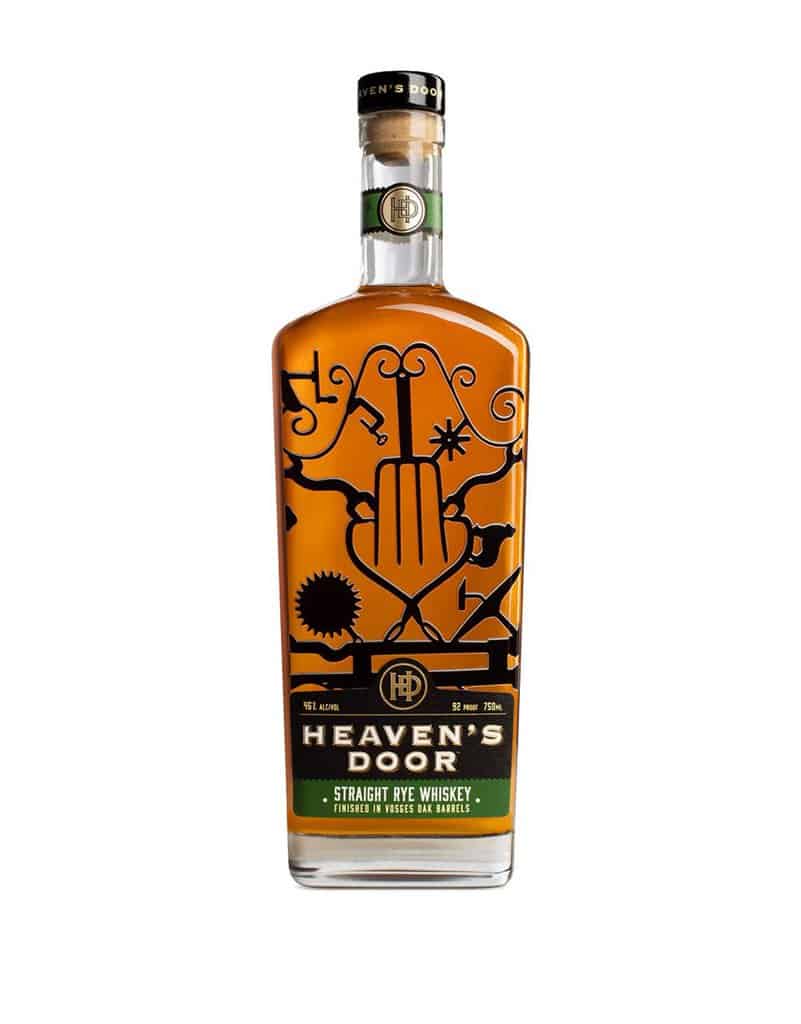 Folk music legend (and notable visual artist) Bob Dylan has only one commercial collaboration, which is with whiskey producer Heaven’s Door. The Heaven’s Door whiskey distillery can be found set up in an old church in Nashville Tennessee, and they offer a range of expressions including a hard-to-get bottle that is a Lincoln County Process Tennessee Whiskey.

Each bottle of this high quality, hand crafted whiskey shows off the metal gates Dylan crafted in his Black Buffalo Studios, while the liquid inside isn’t too shabby either. Heaven’s Door Straight rye whiskey is finished in toasted oak cigar barrels from France (rather than the usual American white oak), which creates a “smooth and approachable” rye whiskey with notes of citrus, rye spice, and garden herbs.

This will be a rye for whiskey drinkers that occasionally need to impress a guest with some storytelling power supported by a quality liquid point of difference.