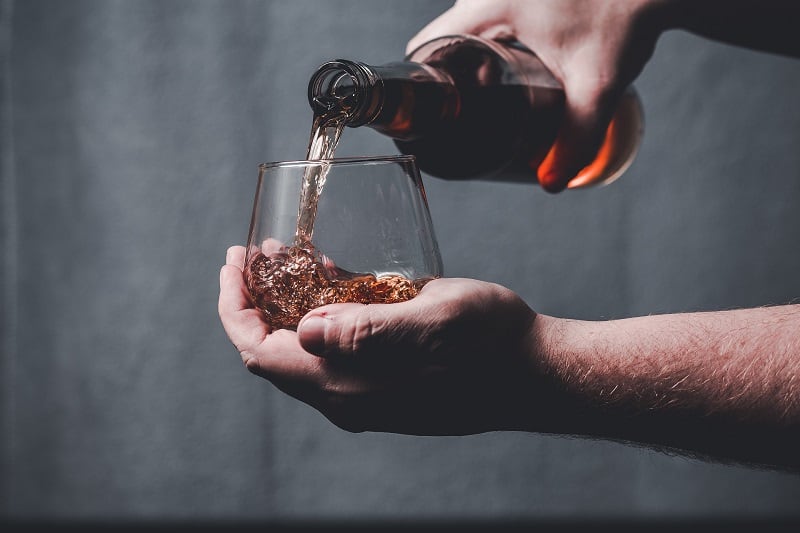 If you love whiskey and you love Texas then these are exciting times! While Kentucky and Tennessee have long dominated the American whiskey market, Texas is now becoming a big player with many brilliant distilleries. With so many great Texan whiskeys now out there, we wanted to find the best ones available right now.

We put in the long hours of arduous tasting research to come up with 16 which we thought worthy of our praise. So read on as we take a journey through the best whiskeys Texas has to offer! 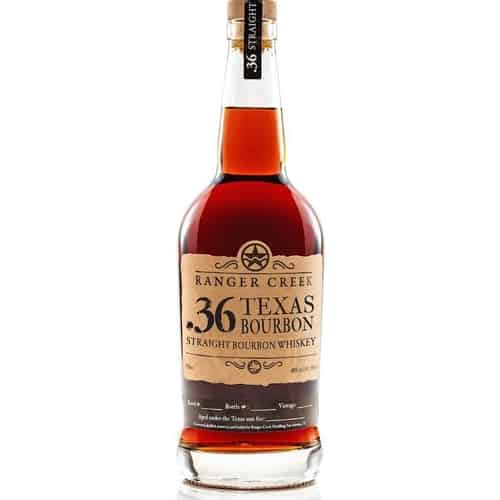 The Ranger Creek .36 Bourbon is a true Texan drink, and the first sip proves it. The distillery of Ranger Creek is headquartered in San Antonio, and its flagship product appeals to those who prefer a bold flavor.

All the grains added to this spirit originate from Texas and are aged for a minimum of two years. The first sniff gives you a strong toffee scent with a tinge of caramel and vanilla cream.

The bourbon is thicker than most and resembles maple syrup, has a slightly higher alcohol content than a typical spirit, and tastes of mellow caramel, light cinnamon, and butterscotch. Ranger Creek has created something captivating here, and if you want an iconic drink from the south, this has that Texas oak vibe throughout. 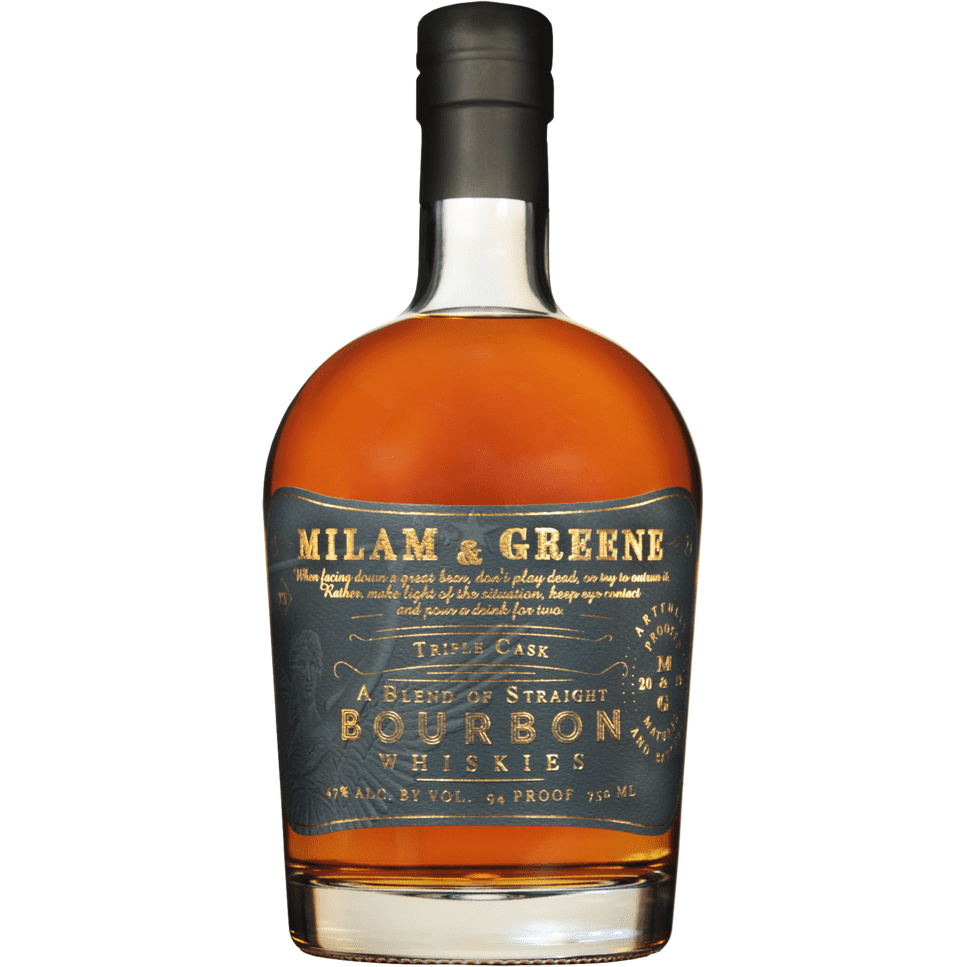 The palate has a soft and creamy texture, surprisingly for a 94-proof spirit, and fades with a flaky cocoa powder and caramel finish. The distillery is trying to make significant gains in the market and has so far ticked all boxes. They have an impressive packaging design on their label, and the bottle’s shape and weight of the glass automatically elevate this whiskey’s quality. 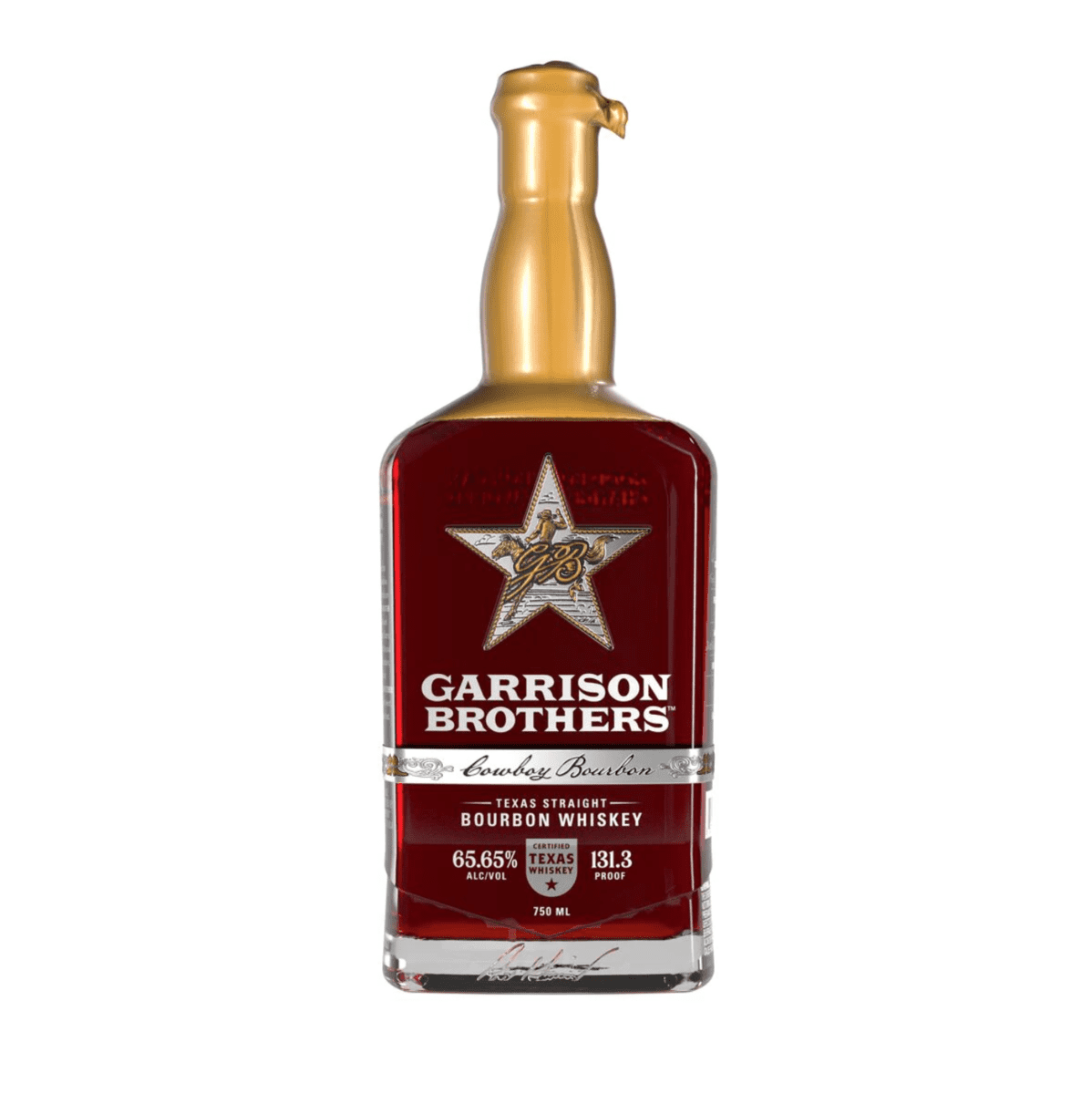 Being the first legal whiskey distillery in Texas, Garrison Brothers are by far the best and only use 100% food-grade Texas corn. This completely uncut and unfiltered bourbon is personally selected by Donnis Todd.

All the whiskey bottles are further numbered by hand and signed by the master distiller himself. With a quick sniff, you will recognize sour mash and sweet pipe tobacco, and it has a taste of toffee, vanilla, and cherry.

This 135-proof straight from the barrel limited edition spirit is certainly not for casual drinking or the faint-hearted. While the cost is slightly on the higher end, savor it if you manage to get your hands on one, as they sell out quickly. 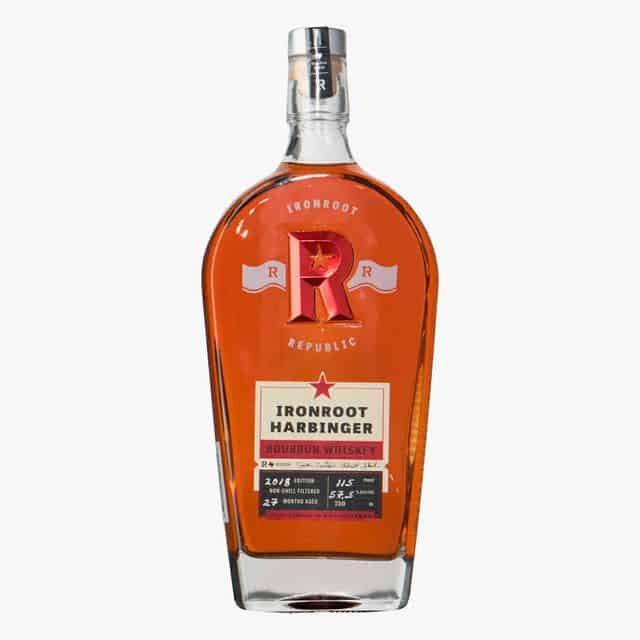 The flagship bourbon of Ironroot Republic is a must-buy for a whiskey that is less than three years old. It is rich and smooth with its nose of maple syrup, orange marmalade, and mixed red fruits. The grains are distilled in the orthodox Scottish-style pot still using French Brandy making techniques to deliver a compelling aroma and palate.

The taste is a rich caramel sweetness alongside dried red fruits and baking spices, achieved by aging the spirit in American and European virgin oak casks. While it has a bitter and quick finish for a 115-proof, the bourbon will surely be an immediate favorite for many. The distillery has come a long way through the years and winning the World’s Best Bourbon in 2020 has only skyrocketed the fame of this Texas-style whiskey. 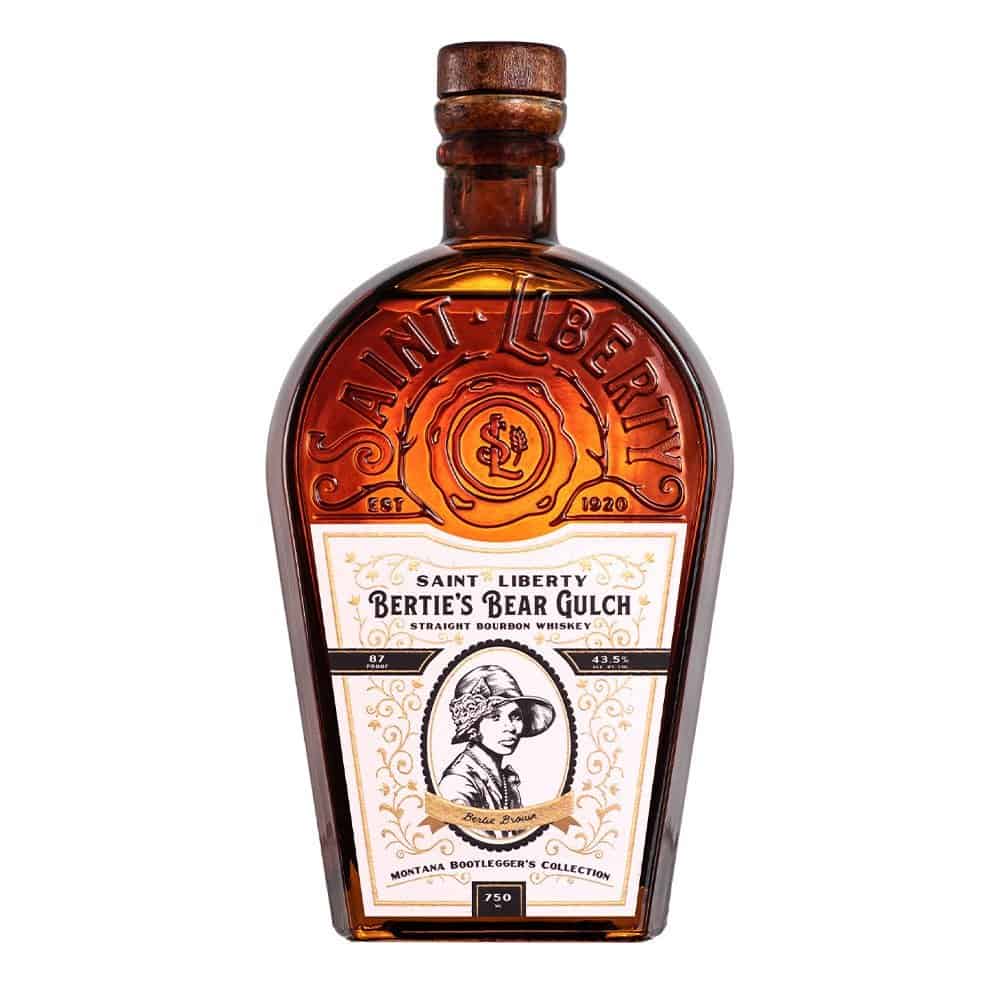 The Saint Liberty distillery has a rich history, and they sure do live up to it. Packaged in a round-shouldered design inspired by the antique bottles from the early 1900s, the bourbon has a sweet nose with stone fruit and candied orange.

The taste starts with dark molasses, and gradually shifts to caramelized vanilla, apricots, and a hint of burnt brown sugar before ending with a touch of smoke to round it out. The amber-colored whiskey is 87-proof and has a peppery smoothness that is most desirable for cocktails.

While many whiskies around the country carry the name of old men, Saint Liberty Bertie’s Bear Gulch Bourbon is true grain to glass. The craft distilled Texas whiskey is proofed in Montana to honor the story of Bertie Brown.

See more about - The 15 Best Whiskeys For An Irish Coffee 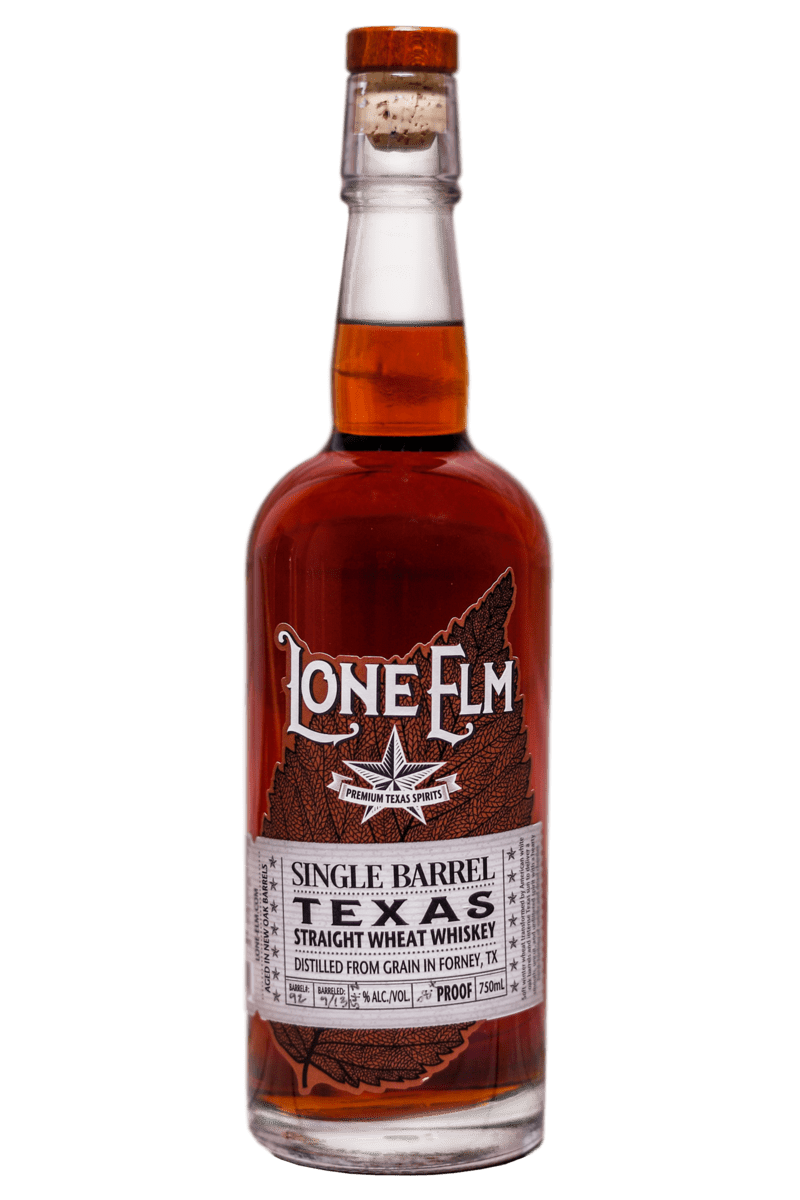 With an ABV of 60%, this whiskey is made using traditional methods with locally grown wheat and rainwater. Further, the barrels are specially selected by the master distiller.

The bottle is a standard design and has cedar and heavy sweet oak on the nose. It has a taste of dark cherry and stone fruit flavors on the tongue with touches of currant and cocoa. It turns into a delicious sweet and tart cherry essence and later, the finish subtly drifts to cedar, saddle leather, vanilla, and a hint of tobacco.

With some water, the woody taste dominates over the fruity flavor and is much more bitter as it reaches the center of the tongue. The brand Lone Elm also produces the Lone Elm Small Batch for people who love old oak and dark cherries, and a cigar with it brings out the rich caramel. 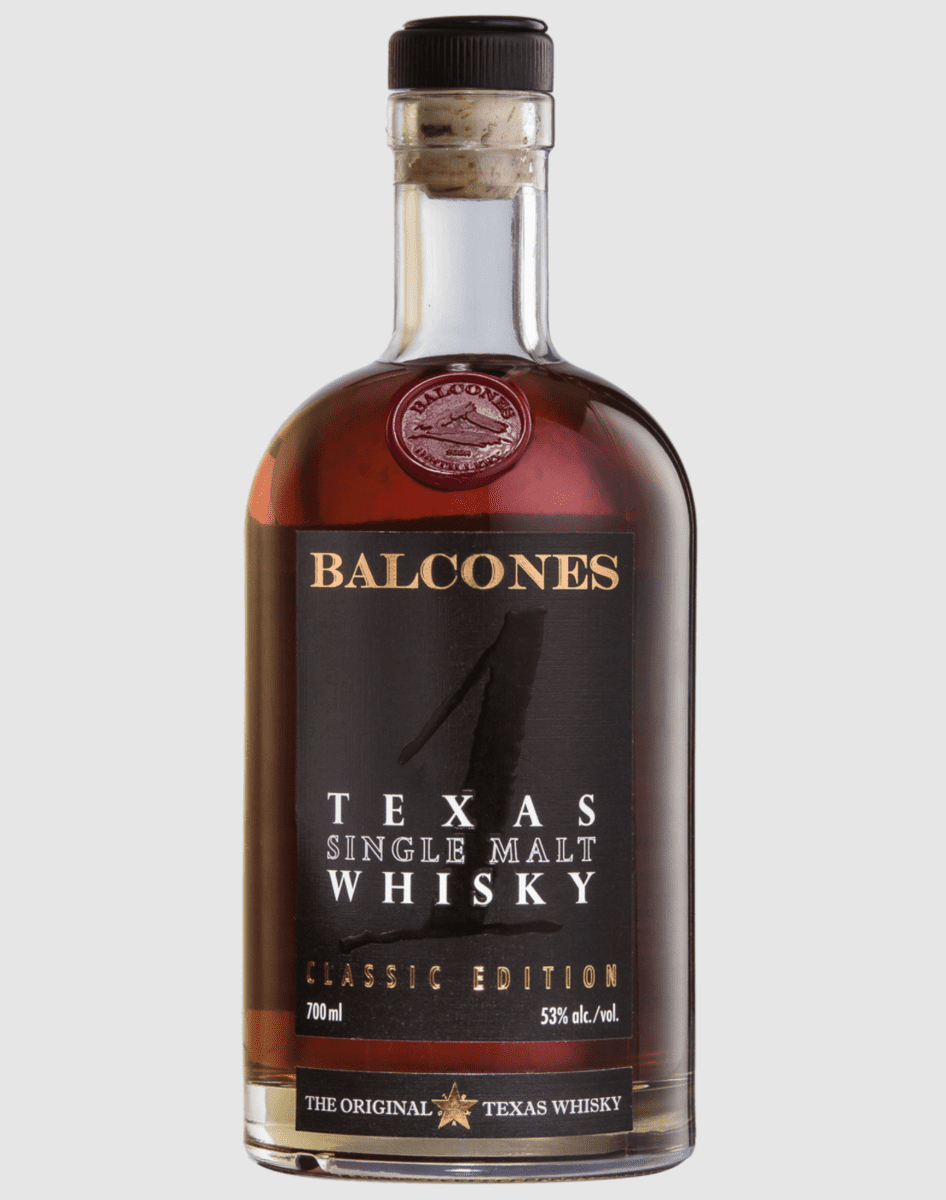 This one-of-a-kind timeless whiskey follows a century-old distilling practice with classic techniques and ingredients accommodated for the contemporary world. It has a nose of freshly baked banana bread with undertones of honey and vanilla. On the palate, lightly toasted bread with fresh butter and marmalade transforms into baked pears and apples on the tongue.

It has a long finish and settles with burnt sugar notes morphing into rich malt and wood. With an exceptional representation of the American single malt, the Balcones distillery has made a name for themselves and never disappoints in their production. Balcones Texas Single Malt Whisky perfectly delivers that quality. 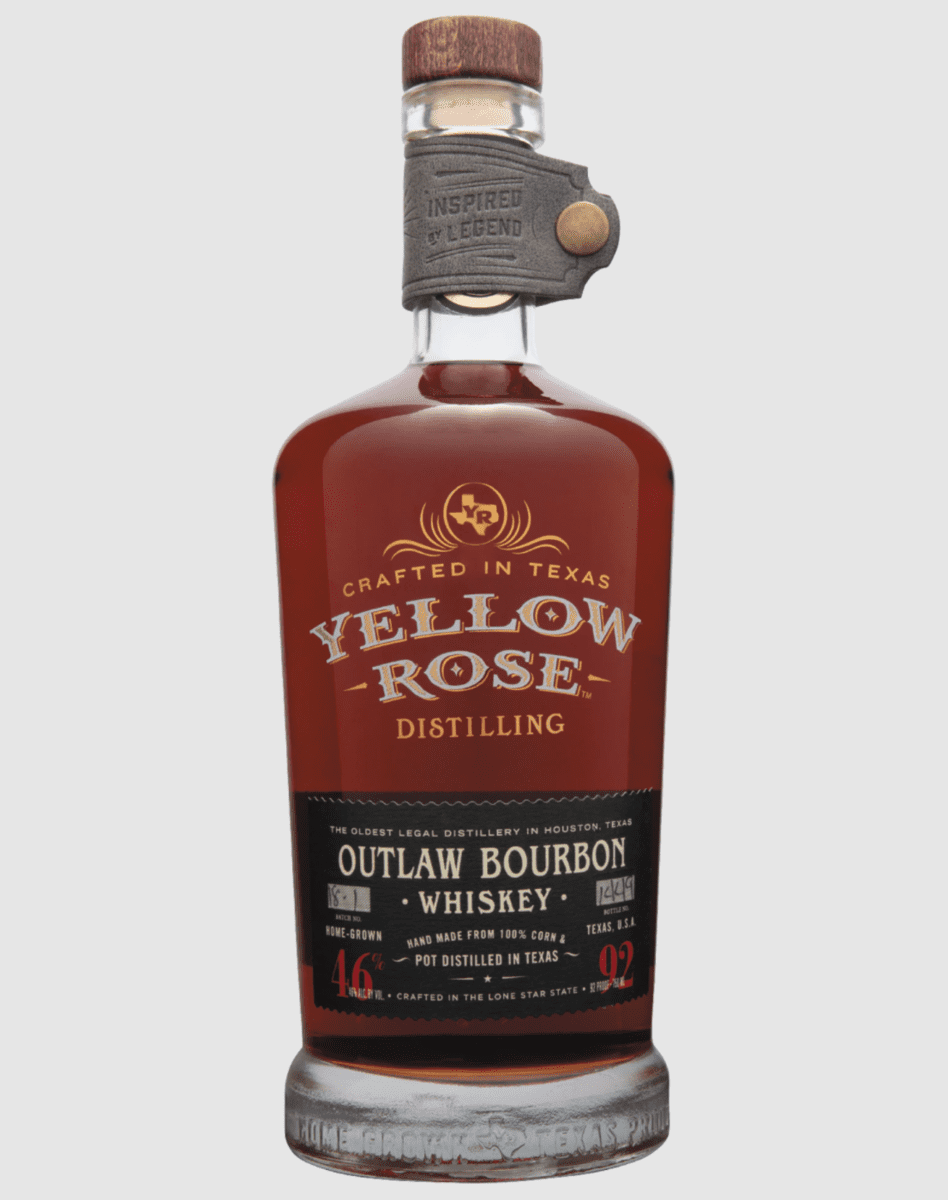 Outlaw Bourbon, from Yellow Rose Distilling Company in the heart of Texas, is a whiskey that is true to its name. Outlaw Bourbon is made from 100% Texas yellow corn with no additions of malted barley or rye.

Its most significant break from the norm is that it is aged for about only half a year. The hot Texas temperature combines with the small American oak barrels for rapid maturation.

Despite that young age, the charred oak’s qualities are more pronounced than in most multi-year bourbons. The nose is caramel and vanilla with unmistakable hints of charred oak. It is slightly sweet with an oak barrel taste that is perfect on the palate.

Then the finish lingers with caramel and vanilla, like a fine dessert. This distiller also has rye whiskey and blended whiskey. However, you can’t go wrong with the Yellow Rose Outlaw Bourbon. 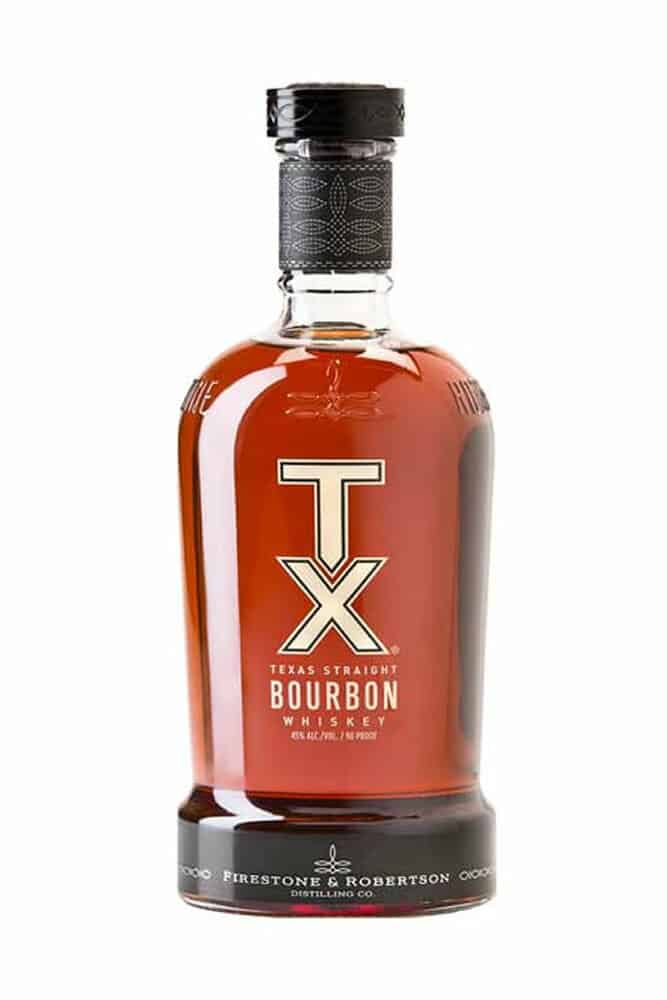 TX Straight Bourbon, from Firestone & Robertson, has complex flavors that come from corn, wheat, and barley, which are all sourced in Texas. It is aged for four years to properly soak in the barrel’s wood qualities and create a complex taste.

The caramel and vanilla of bourbon greet you when you pour a glass, with fruity notes dancing around. The taste is pecan pie and brown sugar, followed by a peppery spice. The combo creates a wonderful dynamic, with a finish that lingers for a long time. That Texan craftsmanship and dedication to detail go into other products of Firestone & Robertson like their TX Blended Whiskey and TX Barrel Finish. 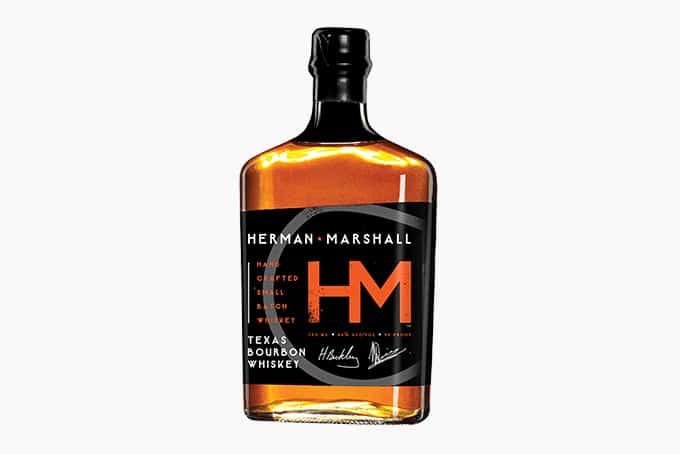 This smooth Texas whiskey can be traced to a chance meeting in a North Dallas Starbucks. Herman B. and Marshall L. had met accidentally but went on to form Dallas County’s first distillery since prohibition.

Their bourbon whiskey is made from 77% Texas corn and 23% malted barley. It’s smooth and has rich aromas and flavors. This is thanks to a revitalizing of centuries old techniques in production as well as allowing it to patiently age for four years.

On the nose, you get light caramel, with apple and gingerbread also noticeable. The taste warms with honey and a sweet spiciness. The sweetness carries into the finish, but is lightly dry on the tongue and lingers.

See more about - What’s The Difference Between Bourbon And Scotch? 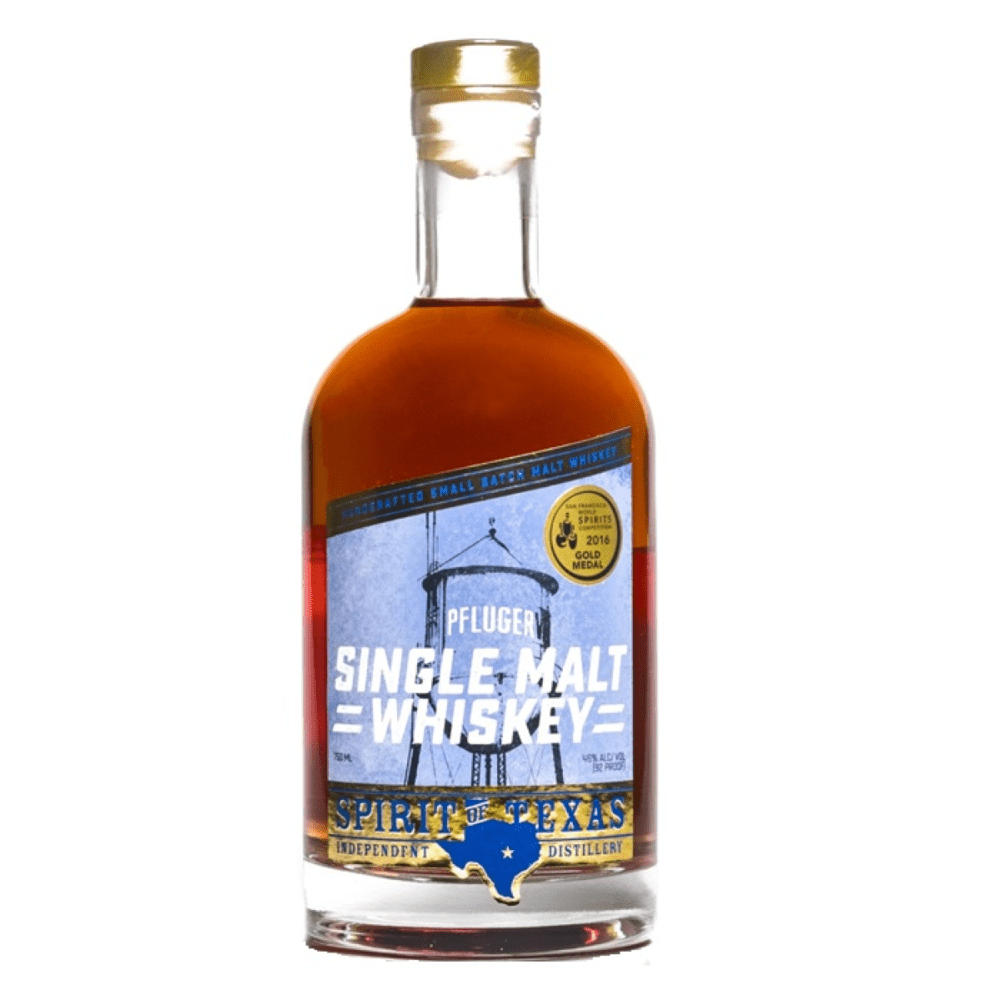 ​​If you want the wonderful authenticity of small batch whiskey, then the Pfluger Single Malt may be your holy grail. Spirit of Texas is an independent distillery that also makes rum but its whiskey is phenomenal. The single malt has subtle vanilla flavors which are common but you also get tastes of dark chocolate, nougat, and banana.

A great whiskey needs a great finish and you get that here with pepper and cinnamon along with a nose of charred wood and banana bread. For such a small distillery, it’s a fantastic achievement to get a whiskey that tastes this good. 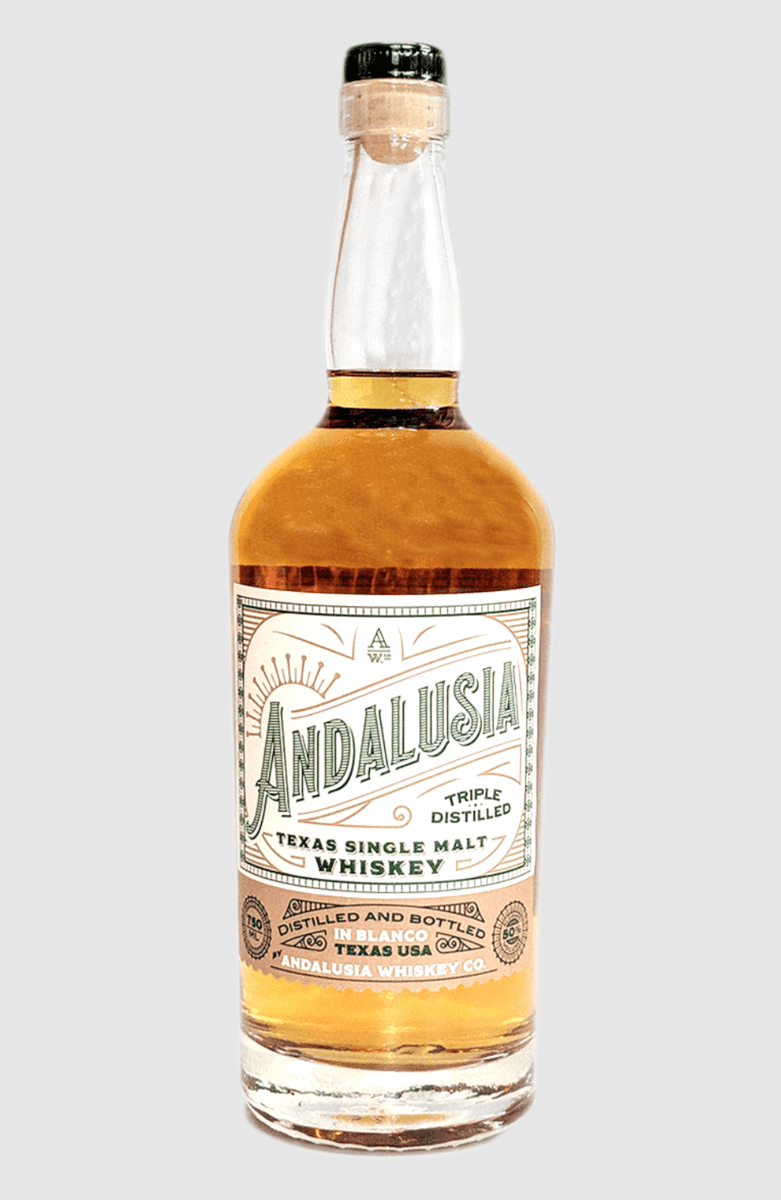 This smooth light-bodied whiskey is from Andalusia Whiskey Company. This is not a distillery in Andalucia, Spain but is fully Texan. It is located in Blanco, on a land that used to be called the Andalusia Ranches.

The Andalusia Triple Distilled Single Malt Whiskey is made from 100% malted barley, which after fermenting goes through the still three times to give a smoother whiskey. It is then aged in charred American oak barrels for a rich flavor that tastes a lot like Scotch whisky.

You get honey sweetness with fruity apple, enriched with smoky oak that pampers the nose. The taste follows the script, with vanilla and apple coming through, as well as hints of brown sugar sweetness and charred oak. It provides a very balanced finish. 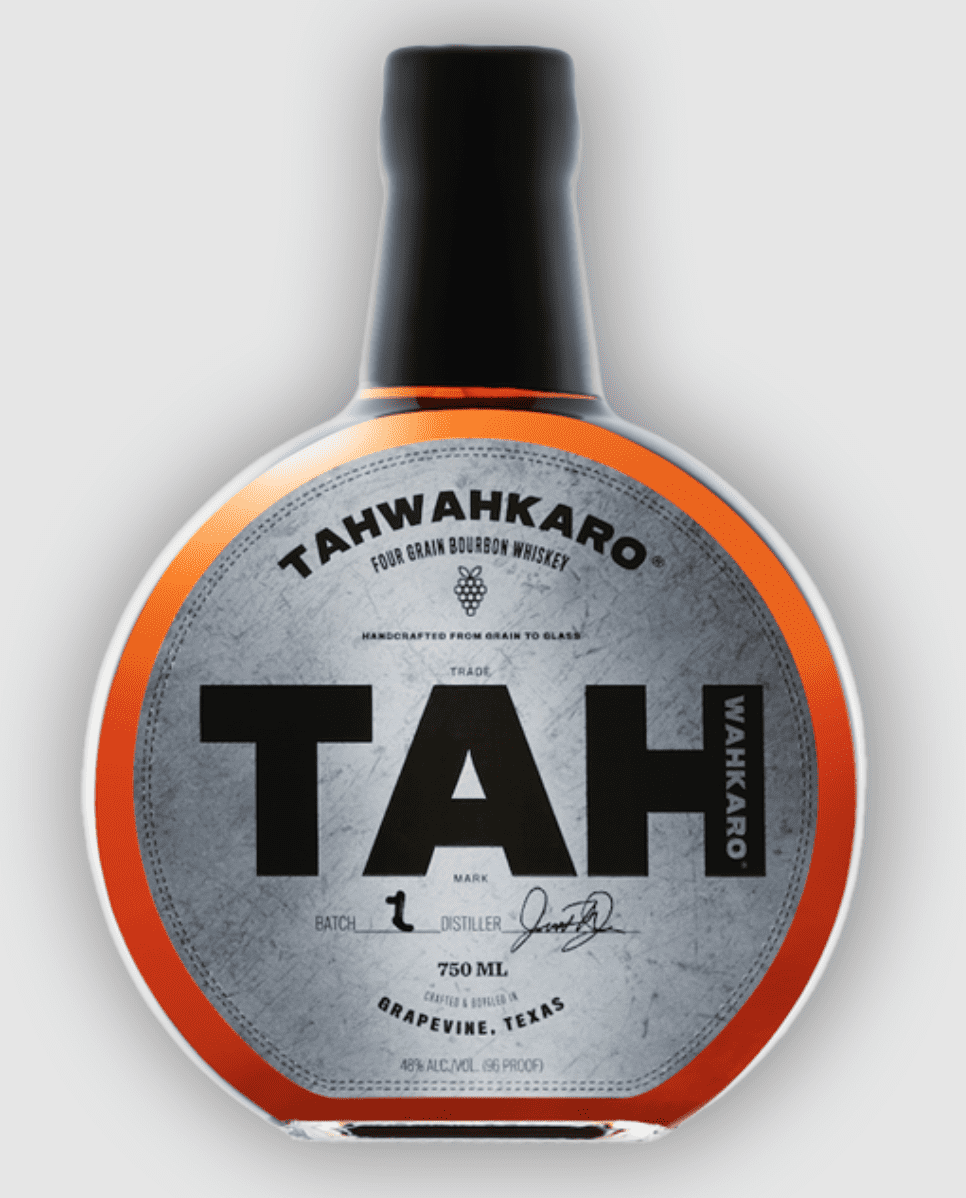 TahWahKaro is a striking name, and so is the Four Grain Bourbon from this distillery in Grapevine, Texas. Drawing from the remarkable history of Grapevine Creek (whose original Native American name is TahWahKaro), this distiller has made a truly remarkable whiskey.

Corn, wheat, rye, and barley are the four grains that go into the whiskey, with over 51% of the grain being corn. After fermenting and distilling, the whiskey is aged in charred oak barrels for about a year.

TahWakKaro Four Grain Bourbon captivates with an impressive bottle. The scent has Texas corn all over it accompanied by buttered bread. The bready flavor is prominent in the taste, with some hints of white pepper, which is enriched by smoke. 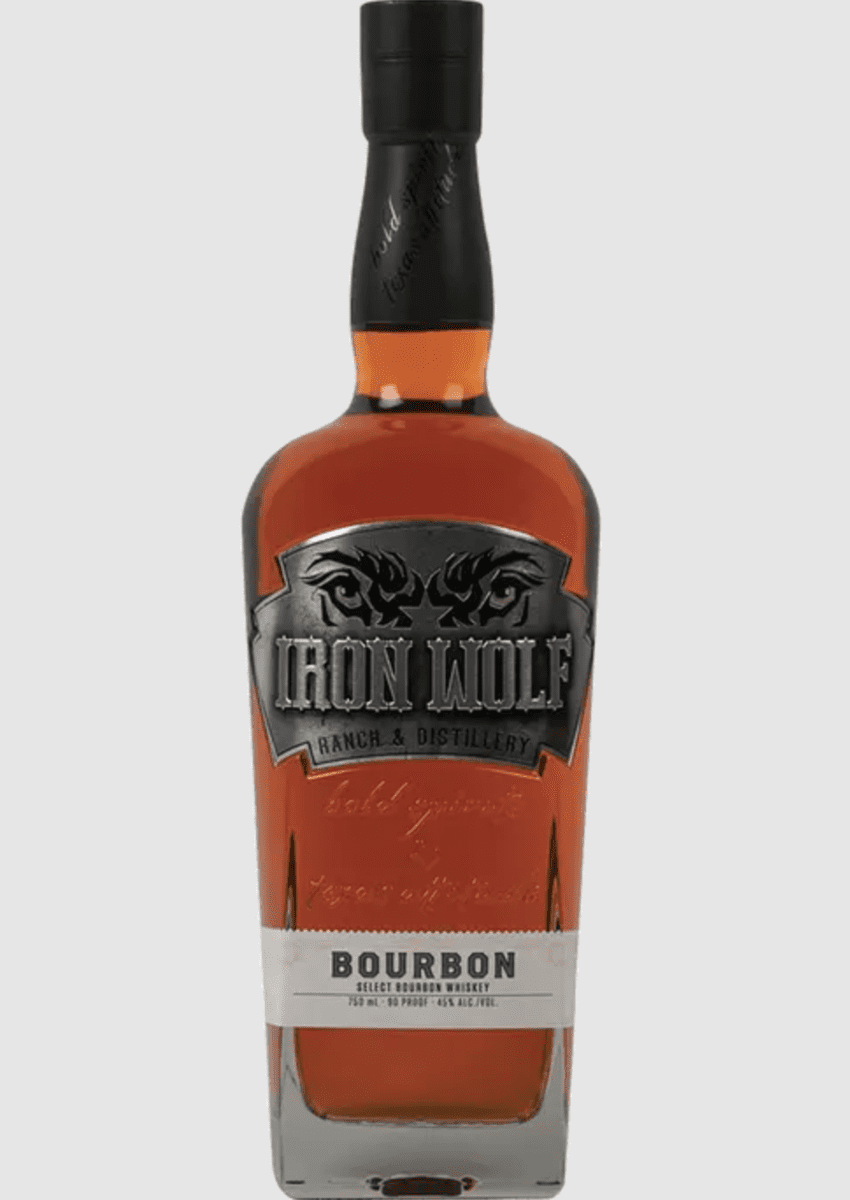 The Select Bourbon comes from Iron Wolf Ranch and Distillery, a world-class distillery in Spicewood, Texas. This is a high rye bourbon that features at least 51% corn and some rye in the grain bill. It is aged for at least four years in new oak barrels, which delivers rich aroma and flavors.

The deep caramel aroma and hints of vanilla beg you to take a sip. A sip is surely fulfilling, as the palate is sweet caramel, vanilla, with the spicy goodness of the rye content. The rye spice is also on the finish, making you wish for more. For a rich and nicely complex experience, Iron Wolf Select Bourbon is definitely one of the best Texas whiskies. 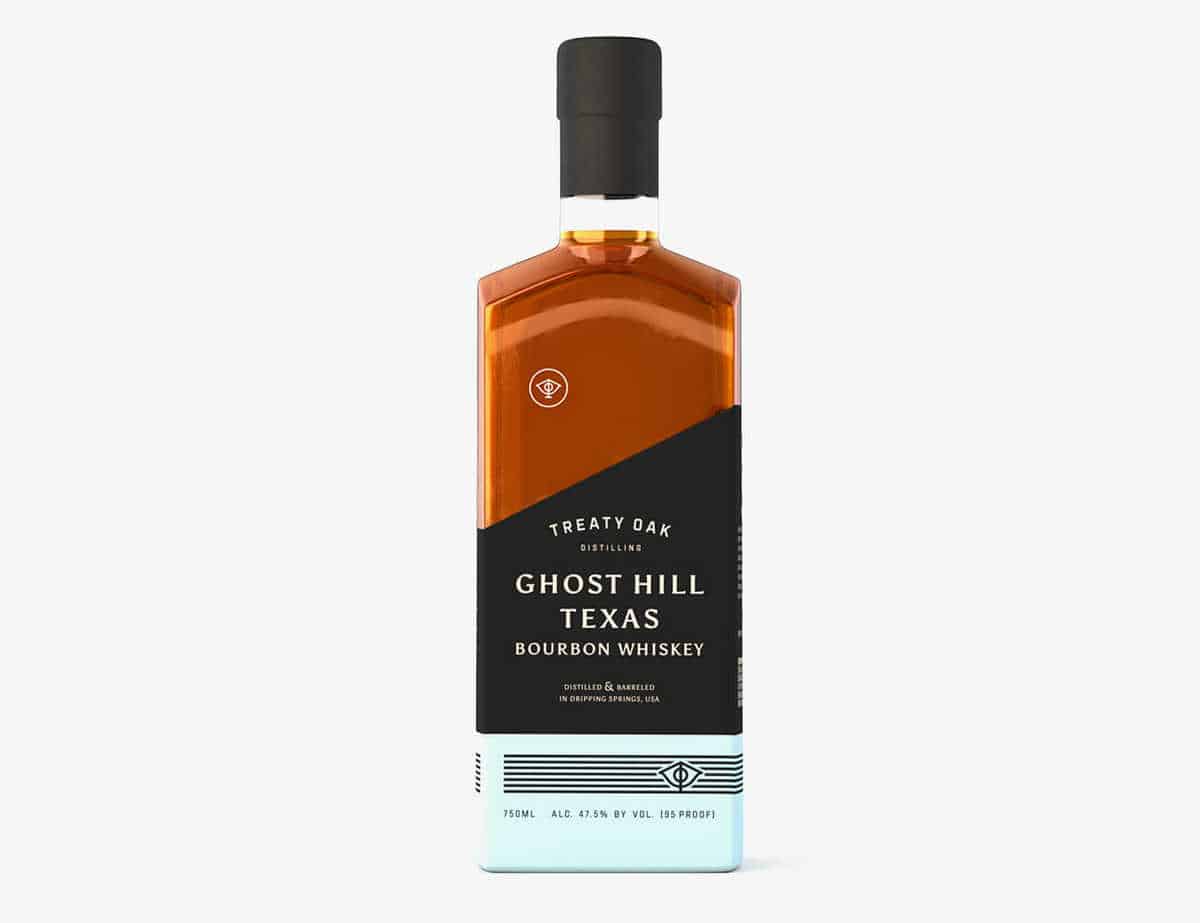 Ghost Hill Bourbon is named after the 28-acre ranch home of Treaty Oak Distillery in Dripping Springs, Texas. This Ghost Hill Bourbon is a fine “grain to glass” bourbon made with local grains. The mash bill features 57% corn, 32% wheat, and 11% barley, which is fermented, distilled, and barrelled for two years under the hot Texas sun.

Fine aging of the whiskey blesses it with rich flavors. The usual caramel of bourbon nicely hits your nose, alongside hints of banana and ripe cherry. On the tongue, the flavor dances together with sweet corn, subtle caramel, and rich wood flavor.