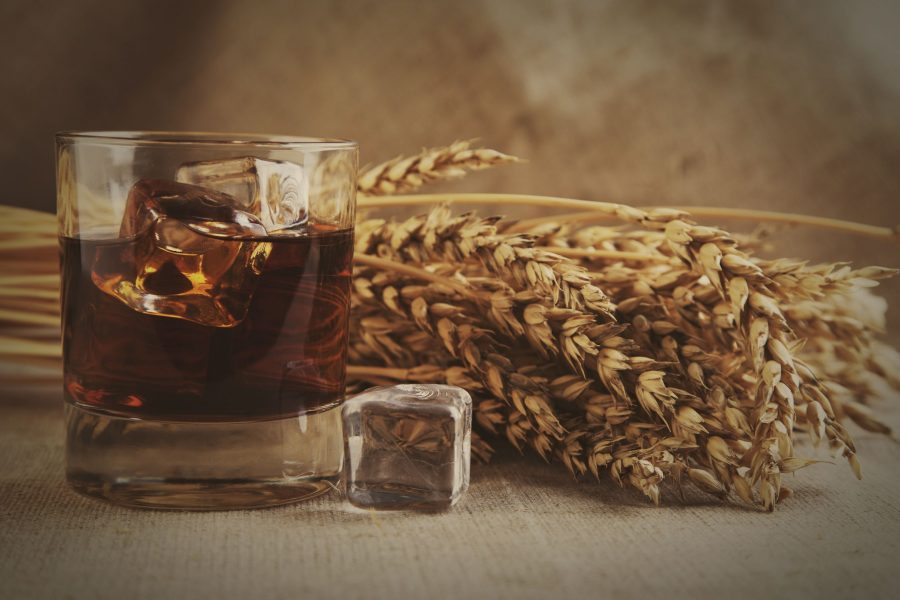 Wheated bourbons are those made with a large proportion of the mashbill’s secondary grain being wheat, in addition to the mandated 51% minimum corn.

Wheat as the secondary grain provides subtlety and contrast, adding a creaminess and gradual sweetness to the spirit than that derived from the majority corn, malted barley or rye recipe.

Wheat is also useful during oak barrel aging, with a tendency to age much better than many traditional bourbons (up to around the 20 year mark).

One glance at feature stories and ratings will tell you Pappy Van Winkle is the tastemaker for wheat whisky. Yes, it’s on this list (almost by default) but it is becoming exceedingly rare as a retail option and more likely to be sourced through the secondary/collector’s market.

The other six expressions below are some of the best wheated bourbons to try regardless of price and availability.

They offer individuality, ingenuity, and genuine personality as bourbon whiskies for you to add to your collection for drinking or for safekeeping. 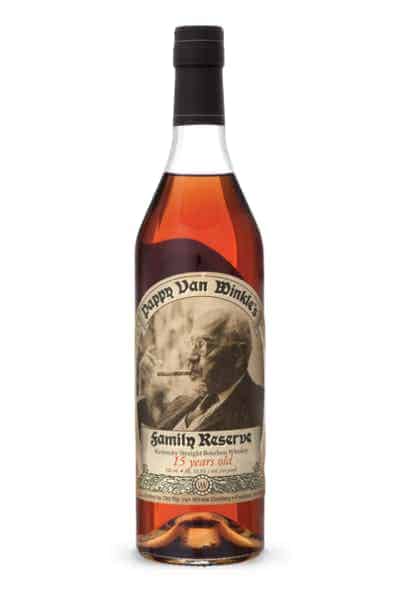 Extremely hard to get (only 7,000 cases are released annually) with an eye watering price tag to match, the Pappy Van Winkle’s lead in bottle is the standard bearer for wheated bourbon expressions, since notching a near faultless 99/100 for it’s 20 year release from the Beverage Testing institute nearly 25 years ago.

Each deep charred oak barrel lays undisturbed for 15 years before being finished and bottled, creating a smooth and refined bourbon tasting of caramel, corn, and oak, which belies the ABV of 53.5%.

The scarcity of Pappy Van Winkle and its visibility as THE American Whiskey of status ensures it’s a bourbon enthusiasts collectors’ edition of the finest quality, and worthy of such an elevated price tag. 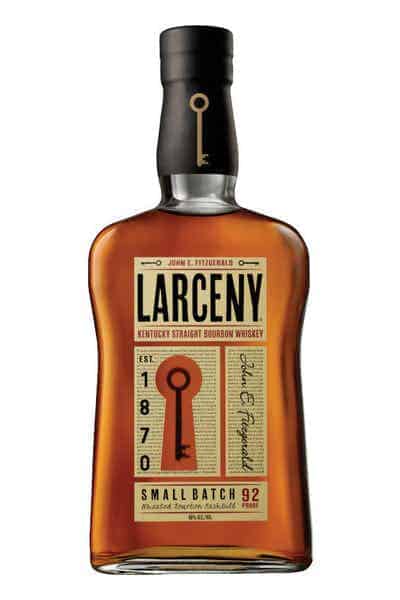 A tremendously affordable straight bourbon whiskey made at Heaven Hill distillery, Larceny is well placed next to other notable brands at Heaven Hill such as Old Fitzgerald, Evan Williams and Elijah Craig, (stars of our best cheap bourbon feature).

Larceny carries on the tradition of Old Fitzgerald Bourbons with wheat as the secondary grain instead of the traditional rye.

According to the Heaven Hill Distillery site, the Master Distiller “selects a limited number of barrels from specific floor locations in the rickhouse for Larceny’s six-year-old taste profile.”

The tasting notes describe an aroma of fresh bread and toffee with traces of butterscotch, traditional flavors of caramel and honey, topped off by a long and gentle finish.

If you’re looking for an affordable and great tasting wheated whisky that won’t empty your wallet then Larceny is a great place to start. 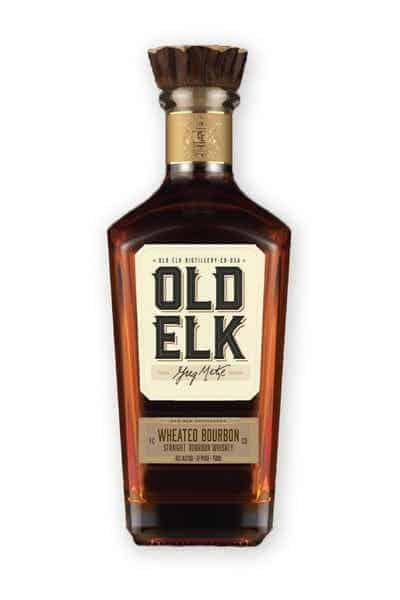 The wheat allows for the corn’s natural flavors to shine through with some sweetness and the barrel’s light vanilla notes.

The Old Elk distillation process extends the life of the proofing time by adding the same total amount of water over multiple weeks, instead of 24-48 hours. By keeping the bourbon cool the slow cut process draws out every drop of flavor from the mash bill.

“Because of how much the liquid resonated with people and the ongoing trend of wheat whiskey, we’re confident that our approach and patience to launch these products will drive the same excitement and adoption of our current liquid in the market,” said Luis Gonzalez, CEO of Old Elk Distillery. 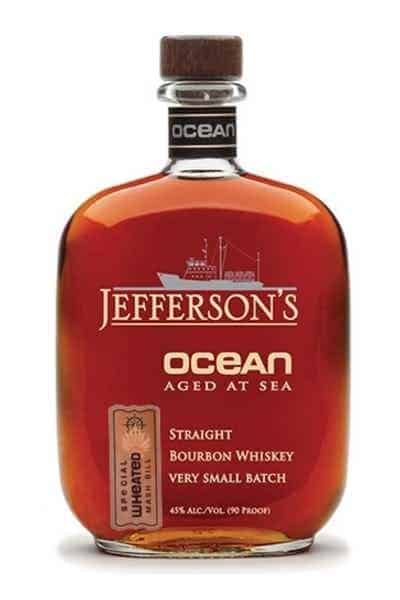 This limited edition Jefferson’s Ocean Voyage is the first and only wheated bourbon to be aged at sea and visit five separate continents before being bottled, stopping off at 30 ports along the way.

At its core, Jefferson’s Ocean Special is a true bourbon whiskey, however it’s dark colored like rum from caramelization, and the barrel aging in salty, briny air creates an almost Islay single malt quality.

If you’re an American whiskey drinker looking for a distinctive tasting bourbon and conversational drop, the Jefferson’s Ocean Special Wheated Mashbill Voyage Bourbon offers a great tasting yet idiosyncratic drinking experience that is great for sipping and sharing. 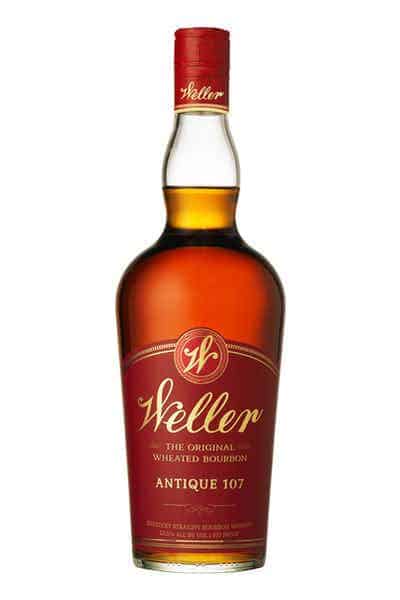 William Larue Weller was the first distiller of wheat whisky, and he once employed Pappy van Winkle before he rose to fame. The W.L. Weller brand was originally crafted by the Stitzel Weller Distillery. Now in the safe hands of Buffalo Trace/Sazerac, Weller Antique 107 is a top drawer wheated bourbon expression.

Old Weller Antique is an attractive dark copper color, aged for 7 years in white oak before being bottled at 107 proof. It offers a potent yet complex taste and bold finish of vanilla, oak, and caramel, while irresistible cinnamon spice and black licorice can be found throughout.

If the 53.5% ABV and rich flavor is too heavy in the pants, Weller offers a mellow alternative in the Weller Special Reserve Bourbon, which is a smoother yet no less impressive tasting wheated whiskey. 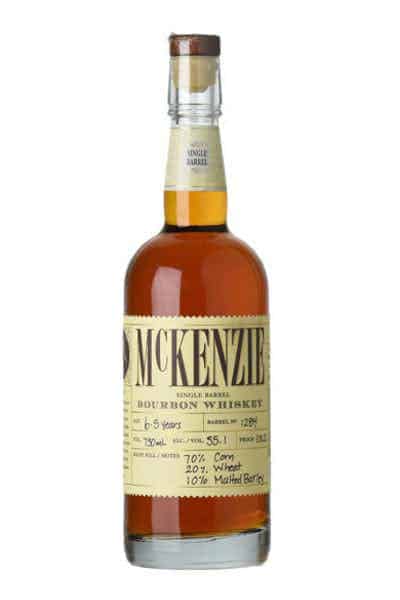 The McKenzie Single Barrel Cask Strength is bottled at 4 years, and packs a punch at 110.7 proof (55% ABV).

The color is a rich medium burnt-orange, with light citrus, caramel and cedar wood flavors on the nose. Flavor wise it’s brash, tiptoeing sweet and savory at once, with a pepper and cinnamon against the drawen out caramel.

If you’re looking for an unusual tasting yet interesting wheated whiskey, then McKenzie Single Barrel Cask Strength Wheated Bourbon Whiskey would be a great bottle for you to add to your collection. 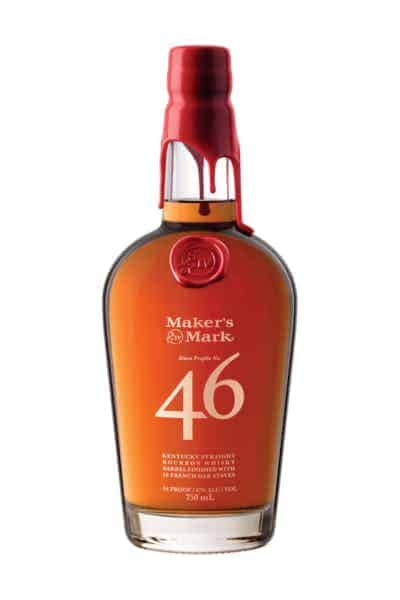 Of the large distilleries, Maker’s Mark is one of the only ones to distill wheat whiskey as standard operating procedure.

This more complex process ramps up the vanilla and caramel flavor of the whisky, but against a lovely backdrop of oak woodiness.

It’s a fantastic expression made for easy drinking, and comes with a very affordable price tag. 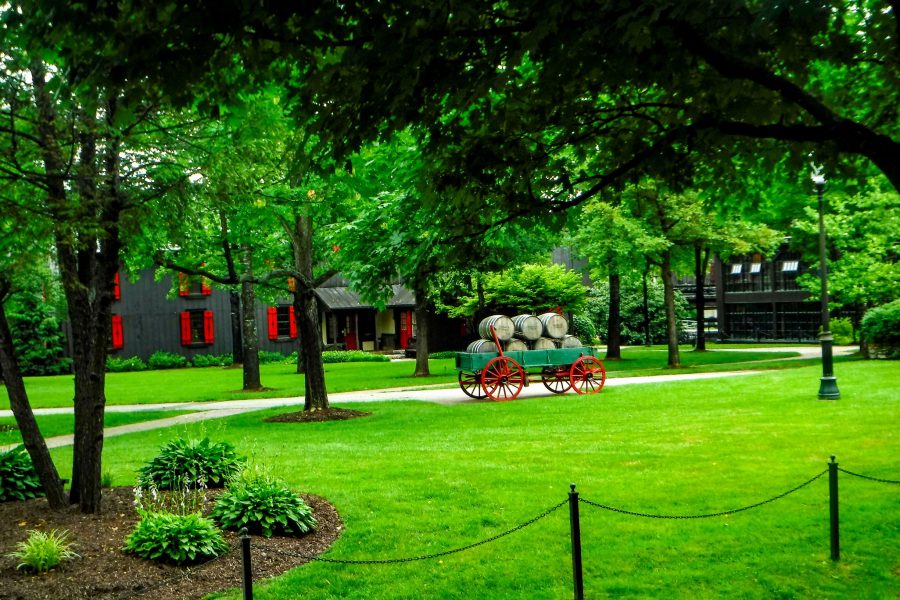