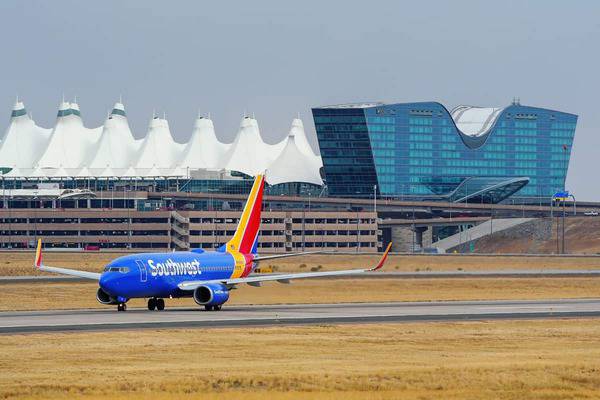 These Are the 10 Biggest Airports in the World

International travel is back on the table after two years of lockdowns. The world is opening up and people are looking to travel again. Passenger traffic is on the rise as borders are opening up. This means airports are once again becoming hives of activity as people travel across the globe. If it makes you wonder what the biggest airports in the world are, you’re in luck. That’s the question being addressed in this article.

Some of these airports below will be familiar to you, while others might surprise you. What they all have in common is that they are the busiest and biggest in the world.

The Top 10 Biggest Airports in the World

The sheer size of these airports will blow your mind. Not only do they cover huge amounts of land, but they offer passengers a wide range of services, such as hotels, shops, restaurants, and leisure activities. The statistics are provided by World Population Review and are correct as of 2022. 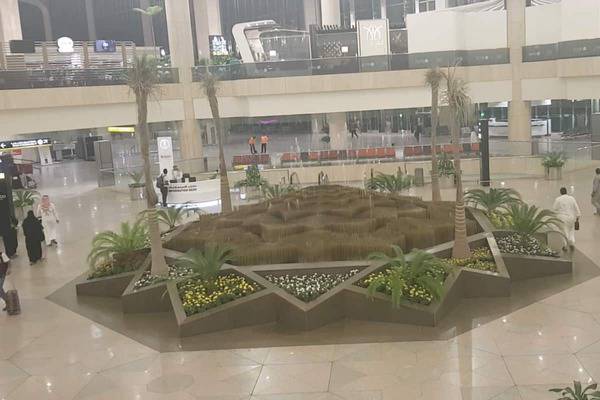 Covering almost 300 square miles of land, the King Fahd International airport in Dammam is by far the biggest airport in the world. This former United States airbase is the size of the five boroughs of New York. The airport is named after the former King of Saudi Arabia, Fahd Ibn Abdulaziz. This giant airport assists over 10 million passengers a year through 37 different airlines. As you can imagine, the passenger traffic gets crazy during a standard day at this airport.

There are three main terminals, with one for passengers, one for private customers, and the third for the royal family of Saudia Arabia. The airport itself has a mosque that can accommodate 2,000 worshippers, an onsite greenhouse, and a large shopping precinct to spend your money.

The King Fahd International Airport is officially recognized by the Guinness Book of World Records as the biggest airport on earth. 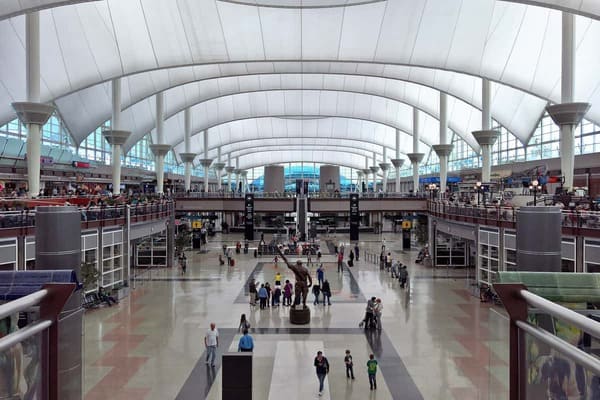 Denver International Airport is more associated with conspiracy theories than its size these days. Covering approximately 53.09 square miles, this American airport is not only the second-largest in the world, but has the longest runway in North America. It serves 215 different destinations through 23 airlines. It is a hub for several American airlines, including United Airlines, Frontier Airlines, and Southwest Airlines.

The Denver International Airport is full of strange and confronting paintings and statues. These artworks appear to depict the coming of a New World Order. There are lots of references to the Freemasons and supernatural creatures, with many believing the airport is actually hiding a massive underground bunker. This bunker is said to be where the President of the United States and all the important people will gather when the great war comes and destroys the country. You can read more about it here. 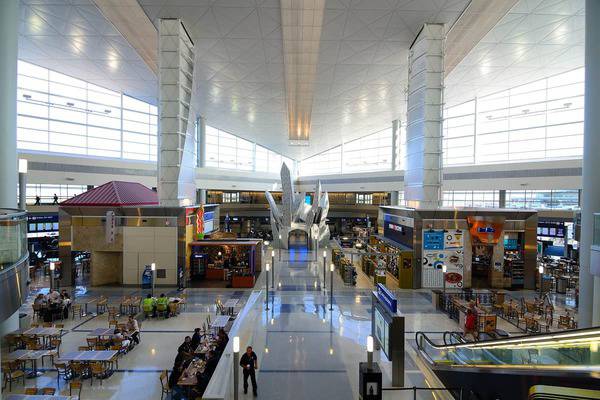 DFW is larger than the island of Manhatten and is situated between Dallas and Fort Worth, hence its name. It is the busiest airport in America and services many different national and international airlines. The airport consists of five different terminals and has a stack of great experiences for travelers. There are more than 30 artworks commissioned from artists around the world to enjoy, yoga rooms, travel lounges, and even several spas. You will certainly feel relaxed after spending a few hours at this airport. 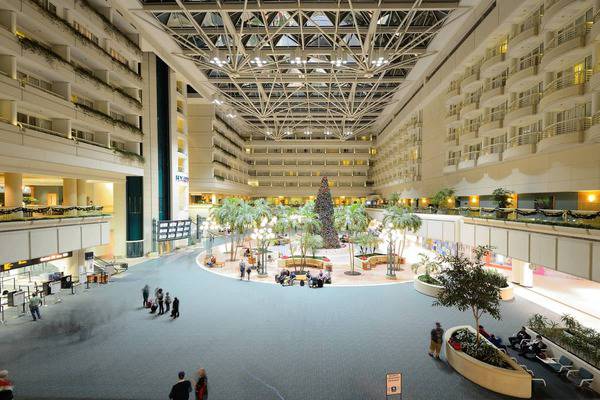 Situated just six miles from Downtown Orlando, the fourth biggest airport in the world is the major international gateway for the mid-Florida region. There are 850 daily flights on 44 airlines, with many people no doubt flying in to visit Disney World. 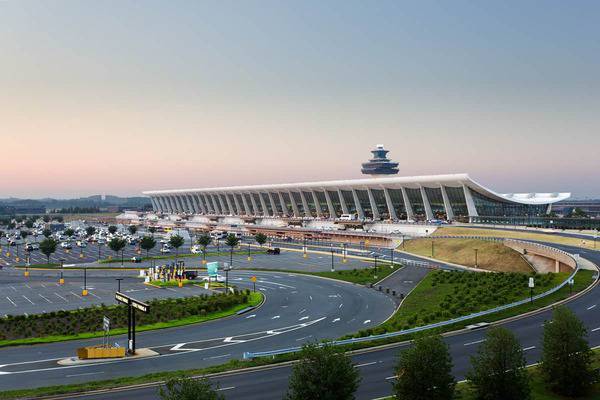 America dominates the top 10 biggest airports in the world, taking up four of the top five spots. Surprisingly neither Chicago Ohare International Airport nor Harry Reid International Airport (Las Vegas) feature. Coming in at fifth place is Washington Dulles International Airport. Serving all the big wigs working at the Oval Office and in parliament, the airport first opened in 1962. Named after John Foster Dulles, the 52nd US Secretary of State, the main terminal was created by famous well-known designer Eero Saarinen.

Washington Dulles International Airport caters to more than 60,000 passengers a day, servicing 125 different destinations around the world. There are six major airline lounges open and a host of shopping and dining options available.

See more about - Top 15 Most Beautiful Cities In The World 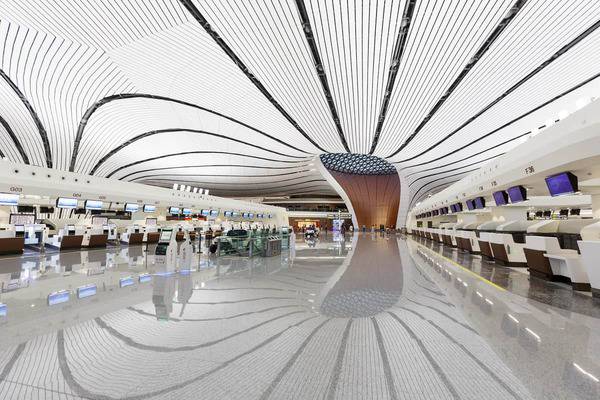 The second airport that’s not located in America and the sixth-largest airport in the world covers a rather large 18 square miles. Beijing Daxing International Airport only opened in 2019 and is nicknamed ‘the starfish’ due to its shape. It is the world’s largest single-building airport terminal and costs roughly $11.4 billion.

You can travel to over 120 locations around the world, with more set to be announced over the coming years. Many believe Beijing Daxing International Airport will soon become one of the busiest airports in the world, with millions of passengers passing through daily. As it is relatively new, it contains state-of-the-art facilities and a fantastic customer experience. There are a host of airline lounges, a hotel, a yoga room, a traditional Chinese garden, and more shops and restaurants than you can poke a stick at. 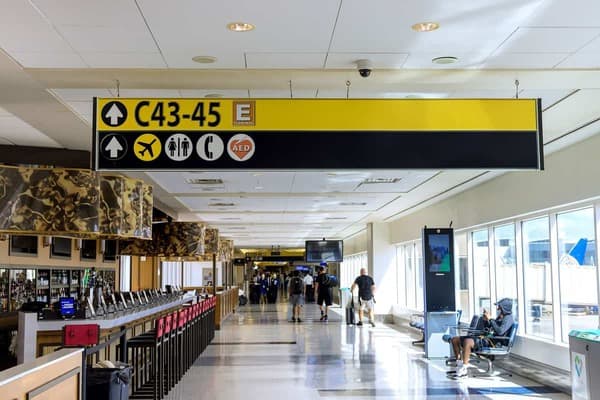 As the airport continues to be a major hot spot, with around 45 million people passing through every year, it is currently undergoing a $1.3 billion renovation that is expected to be finished by 2025. These refurbishments will mean the airport can accommodate an incredible 33 million international passengers per year. 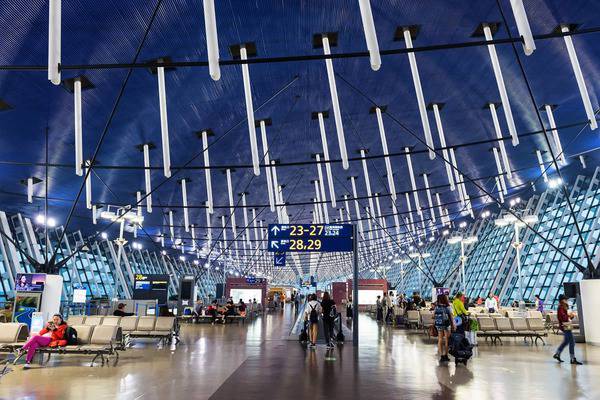 With the largest population in the world, it makes sense that China would have one of the biggest airports in the world. While not the largest, Shanghai Pudong International Airport is one of two major airports servicing Shanghai. It mainly deals with international flights, especially airlines such as Air China and China Southern Airlines, welcoming over 35 million passengers every year. A third terminal and two additional runways opened last year to accommodate extra passenger traffic. 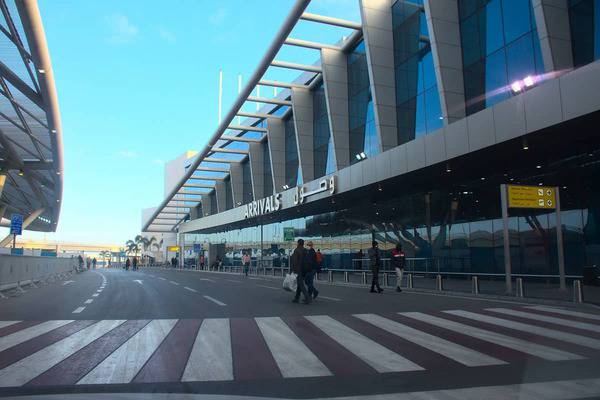 The busiest airport in Africa based on total passengers, Cairo International Airport is located just nine miles from the city center. The airport was originally built as an American airforce base during World War II. After the war, it was turned into a commercial venture. There are four terminals and a luxury 350-room five-star Le Méridien hotel for those passengers looking to stay a night or two.

It’s estimated around 15 million people fly in and out of Cairo International Airport on a yearly basis. 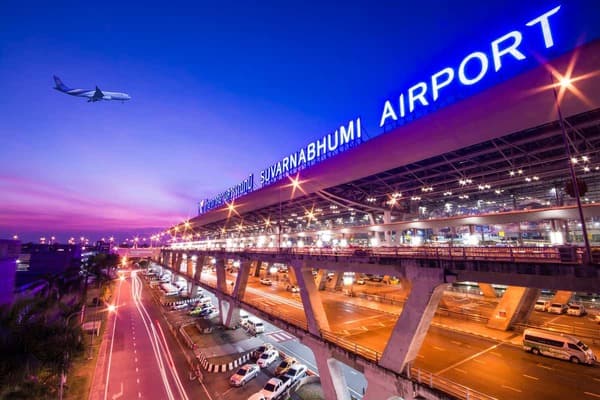 Unofficially known as Bangkok Airport, Suvarnabhumi Airport covers 12.51 square miles. It is one of the largest airports in Southeast Asia. Over 60 million passengers pass through this airport every year. An impressive total of 95 airlines operate here, including Thai Airways International, Thai Smile, and Bangkok Airways.

First opened in 2006, Suvarnabhumi Airport takes its name from Sanskrit and stands for ‘land of gold.’ It is quite a modern airport with top-notch facilities.