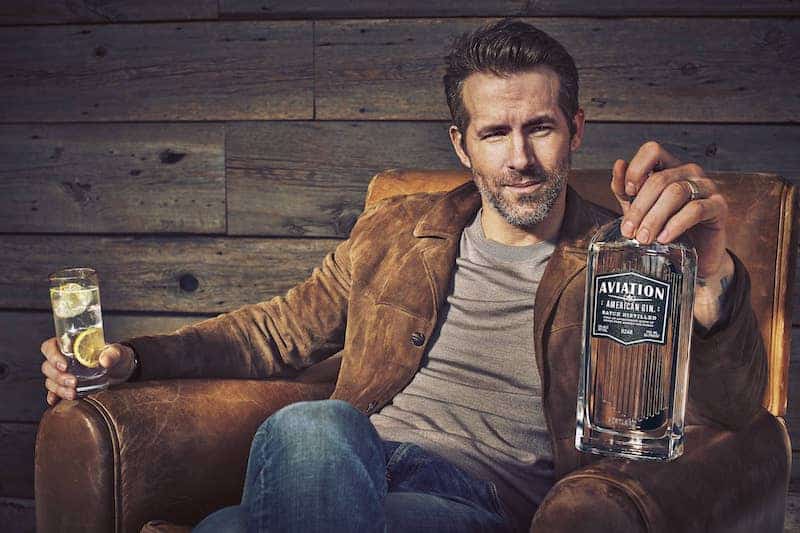 The 10 Best Celebrity Alcohol Brands To Try In 2022

Celebrity alcohol brands are becoming a successful enterprise for a range of different entertainers, athletes, actors, and actresses. Rather than doing the time honored enterprise of pitching/endorsing on behalf of brands, many stars are getting in at the ground floor and buying into alcohol companies or starting them from scratch.

Celebrities are enjoying the process of leveraging their personal brands in the creation of new ones, and getting deep into brewing and distilling different kinds of beverages – from wine, gin, and vodka, through to whiskey and tequila.

Check out 10 of the best celebrity alcohol brands to try below. Chances are you’ll find a quality label to add to your list! 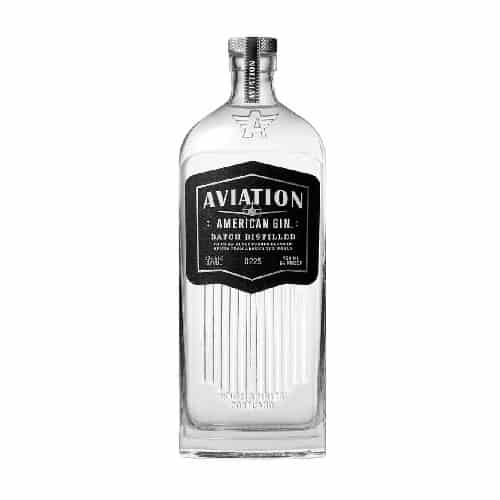 Aviation American Gin is made in the traditional dry style with anything but a traditional flavor profile. Aviation Gin explores the flavor of lavender, cardamom, and sarsaparilla resulting in a gin product that famous owner Ryan Reynolds is happy to tell everyone is the best tasting gin around.

Reynolds became the spirit’s brand co-owner and de facto brand ambassador when he acquired an undisclosed minority stake in 2018. In August of 2020, Aviation was acquired by liquor giant Diageo for a reported $610 million package, although Reynolds remains involved in the brand’s ownership.

The craft spirit – Aviation American Gin is batch distilled in Portland, Oregon – refreshes in a simple mixed drink but works equally well when paired with fresh fruit and mixers to create wonderful cocktails. 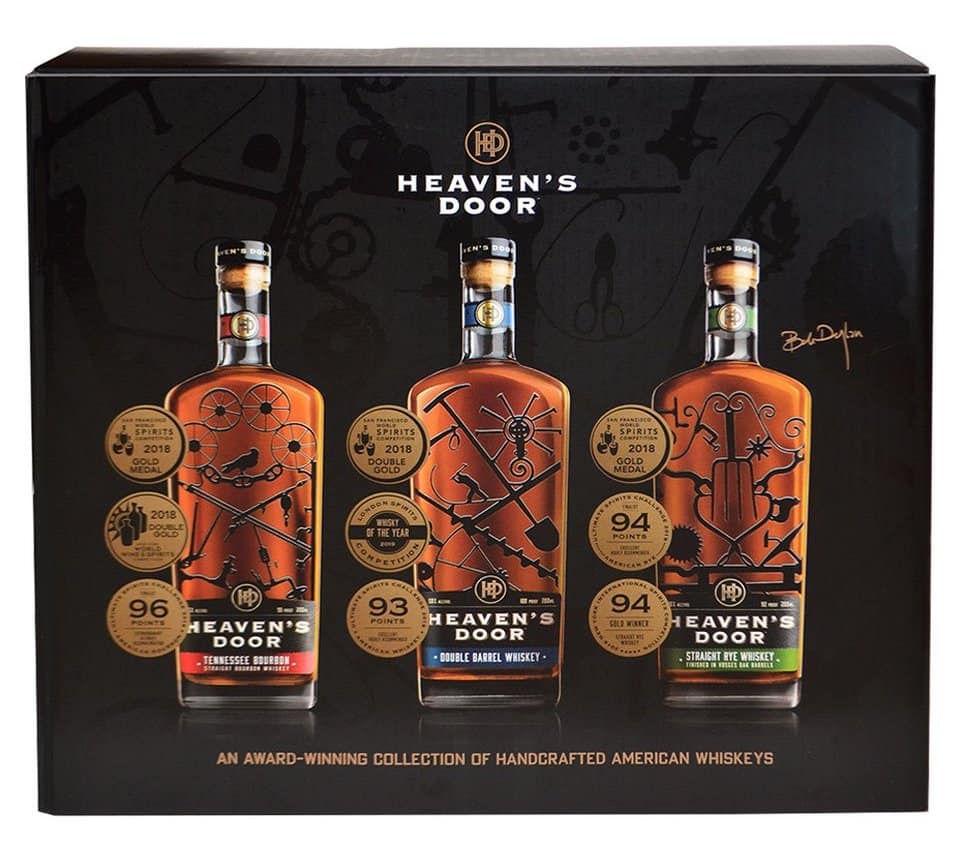 Folk music legend (and notable visual artist) Bob Dylan has only one commercial collaboration, which is with alcohol company Heaven’s Door.

The Heaven’s Door whiskey distillery can be found set up in an old church in Nashville Tennessee, offering a range of expressions including a hard-to-get bottle known as The Bootleg Series.

Each bottle of this high-quality, handcrafted whiskey shows off the metal gates Dylan crafted in his Black Buffalo Studios, while the liquid inside isn’t too shabby either. 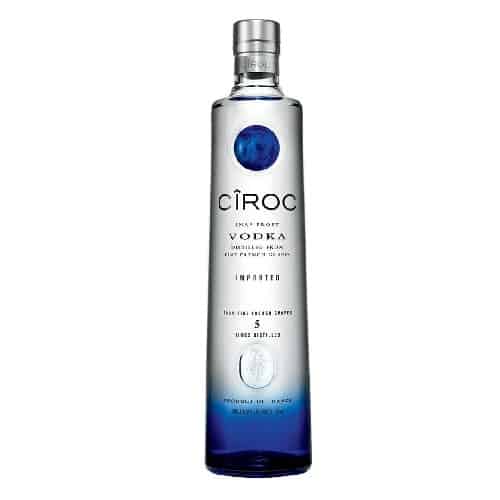 After entering the US market in 2003, Ciroc Vodka’s brand ambassador/ownership collaboration with music producer and rapper Sean “Diddy” Combs turned the French vodka brand into arguably America’s most recognizable luxury spirit. Ciroc is a grape-based, gluten-free vodka that drinks clean and crisp, with just the barest hint of fruit on the palate.

The standard Ciroc vodka is distilled five times from mauzac blanc and ugni blanc grapes to create a spirit with little burn on the tongue and in the chest, which is a huge deal when separating the best of the best. The creamy mouthfeel, smooth taste, and zesty notes of fruit make Ciroc a standout vodka whether snap chilled, served on ice, or as one of the many unique flavored bottle types ranging from white grape to summer watermelon. 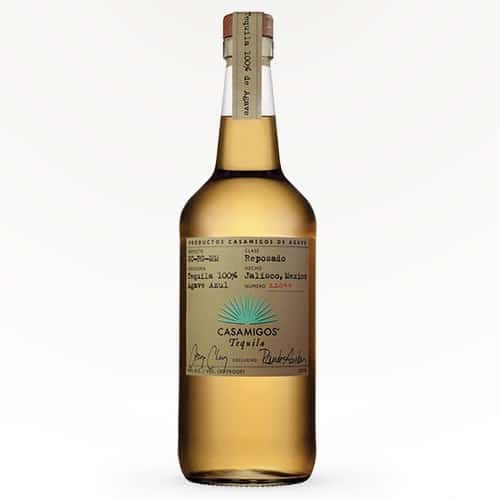 “We’re not going anywhere,” Clooney told the New York Times after the sale. “We’ll still be very much a part of Casamigos. Starting with a shot tonight. Maybe two.”

Casamigos Tequila is distilled from blue agave plants from the Jalisco Highlands, the heartland of Mexican tequila. Each agave is hand-selected for flavor, then slow-cooked.

This Casamigos Reposado Tequila expression is aged for seven months in white oak barrels, which gives the reposado a chocolate woody taste, which makes it a great option for sipping or drinking neat. The Casamigos reposado offers an aroma of vanilla, maple, spices, and peanut shells, with the customary tequila heat balanced by sweet tropical fruit and oak. 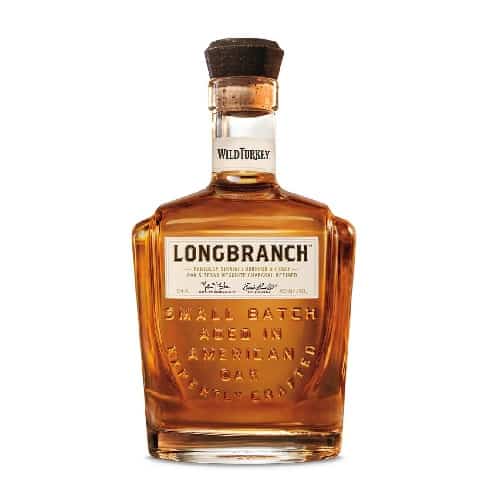 He may not own the company, but he’s responsible for their advertising (on a $4 million deal) and has his name on a quality bottle he created with legendary Master Distiller Eddie Russell.

McConaughey collaborated with Russell (whose father Jimmy Russell was also a Master Distiller for Wild Turkey) on Longbranch bourbon – which pairs white oak from Kentucky with Texas mesquite wood during maturation.

Wild Turkey Longbranch is bottled at 43.5% ABV – offering the signature Russell balance of smooth vanilla notes and smoke, but without much of the fire that 101 and especially Rare Breed possesses on the finish.

Longbranch bourbon is a whiskey made for sipping, whether you’re an Oscar winner or the quiet fella at the end of the bar, you’ll enjoy the quintessential American Whiskey. 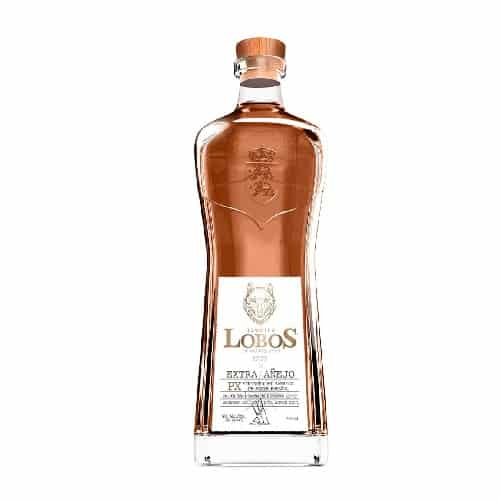 Lobos 1707 is named after the Spanish word for wolves, and is “dedicated to celebrating the strength of the pack.” Owned by a group led by basketball superstar LeBron James, Lobos 1707 is a new entrant into the rapidly growing tequila and mezcal space.

“When I learned more about the brand story and leadership team, I knew I wanted to be a part of it,” said James during the brand’s launch late last year. “Lobos 1707 is about celebrating the strength of the group and bringing people together. It’s about shared passion and values.”

All of the Lobos 1707 expressions have been popular, however, the premium extra Anejo expression is an interesting taste. 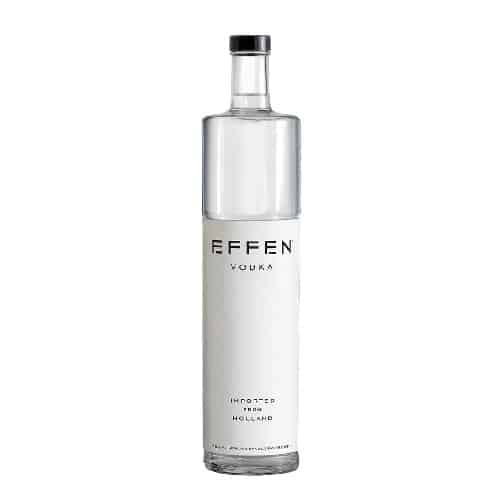 The word Effen means “smooth” in Dutch. 50 Cent struck up the partnership with Effen Vodka in 2014, a lot later than other rapper alcohol brand collaborations (such as the previously mentioned Diddy and Ciroc team up).

The product is described as a super-premium vodka made from French wheat, continuously distilled with a smooth, clean and crisp flavor. Effen comes in Original, Black Cherry, Raspberry, Cucumber, Blood Orange, and Green Apple flavors.

Reports circulated in 2017 claiming that Fiddy had sold his shares for US$60 million, which was true, however, it wasn’t his entire stake as outlined by partner Beam Suntory. 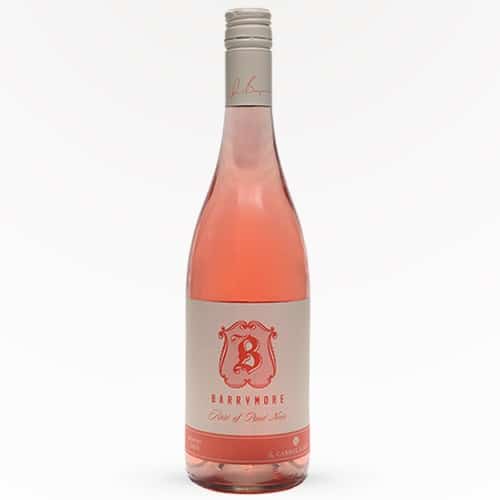 Actress Drew Barrymore and Carmel Road winemaker Kris Kato partner on creating good quality vintages, with the star intent on being taken seriously as a vintner.

There are currently three wines from the partnership:

Barrymore told the Wine Siren in this great article that her “arranged marriage” with Kato has been excellent. “We have a similar palate. But my palate does not dictate his palate. He’s a master, I am an enthusiast and a producer.  We try really hard to make easy drinking wines that don’t lack in complexity. ” 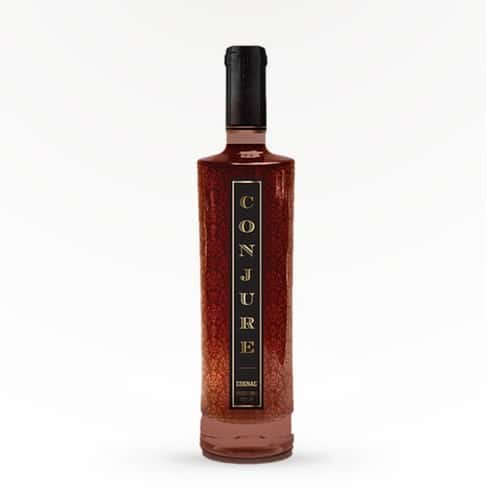 Rapper and actor Chris “Ludacris” Bridges began the Conjure Cognac alcohol brand back in 2009 along with Kim Birkedal Hartmann. Of course, the specialized grape brandy is produced in the Cognac region of France in order to carry the name, which is why Bridges partnered with Birkedal Hartmann and Master Blender Phillipe B. Tiffon.

Ludacris was heavily involved in the blending of Conjure – not just endorsing the brand –  telling CNN Money in 2011: “I’ve been a Cognac drinker for a long time, and the good stuff has always been expensive. I wanted Conjure to be like [Remy Martin’s costly] Louis XIII, but for an affordable price so people living in urban neighborhoods could enjoy it, too.” 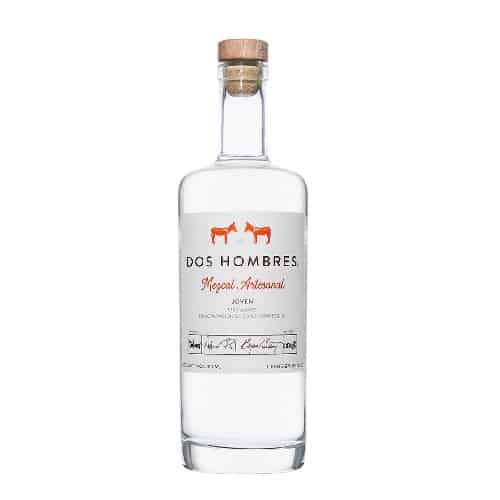 This quality mezcal, with two donkeys on the bottle, is owned by Hollywood stars Brian Cranston and Aaron Paul, who wanted to keep collaborating after the end of Breaking Bad. This expression is a smooth blend of the finest Espadin agave, hand-selected from the hillsides in Oaxaca.

Dos Hombres is best enjoyed neat or in a long glass to allow the wild roasted agave flavor and aroma to build upon the nose, before the rich taste of natural zapote fruits, mango, and the hint of smoke builds on the palate. This is a reasonably priced mezcal with a premium quality flavor and is a good starting point for the tequila connoisseur looking to change things up.