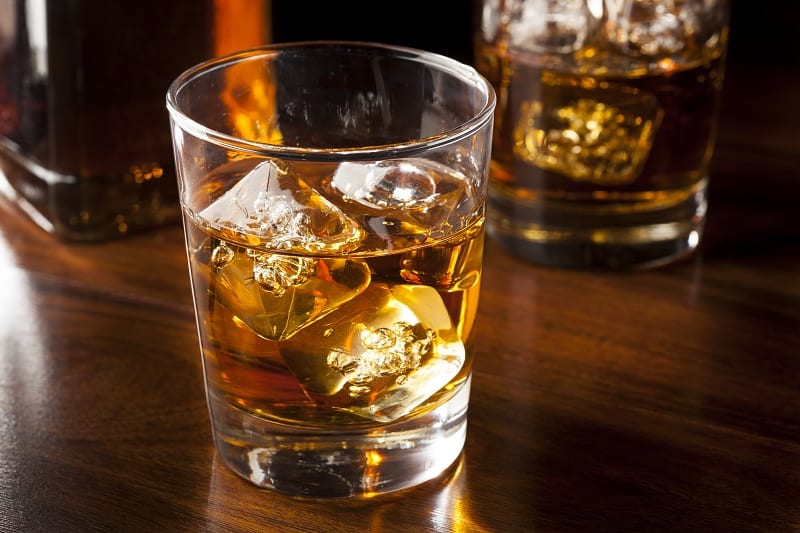 Defining the Difference Between Whisky and Whiskey

The difference between whisky and whiskey has been upsetting writers, typesetters and marketers, and confusing casual drinkers, since the late 19th century.

The following article looks to break down the difference between the two-way spelling of the fantastic brown liquor, give historical context to why there is a split in wording, and provide information about the regulatory frameworks in the major countries of origin.

Is there a difference between whisky and whiskey? 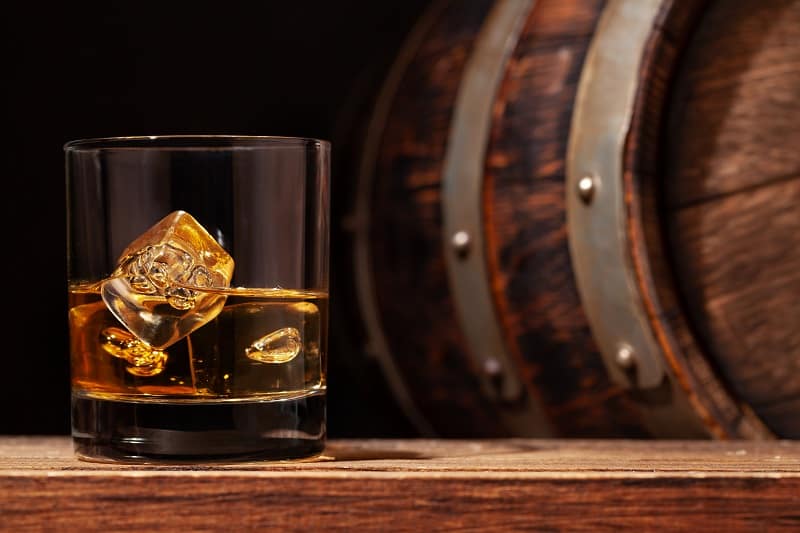 While there are certainly differences in how whisk(e)y is produced and the end taste, this doesn’t have a great deal to do with the different spellings. In the contemporary liquor industry, the appropriate spelling is linked directly to the country where the spirit is produced. American or Irish distillers and bottlers typically spell whiskey with the extra letter “e.”

There are a few exceptions, such as Makers’ Mark, who prefer to be associated with their Scottish whisky heritage, and George Dickel, who wanted to stand out from his competitors in making quality Tennessee malted rye.

Canadian, Scottish, and Japanese distillers use the term “whisky.” The simplest method to remember the difference and use the right version is that the United States and Ireland have an “e” in their name and spell whiskey with an “e.” Simple, right?

According to online encyclopedia Britannica.com:

See more about - What do Japan's new whisky regulations mean for your favorite bottle?

What caused the difference in spelling?

Would it surprise you that the alternative spelling came from what essentially boils down to a marketing ploy? The competitive (and often combative) Scots and Irish started this mess late in the 19th century. This fissure between labeling products eventually spread throughout the world of liquor, with countries producing the spirit picking a side.

In the late 19th century, much of the world’s best single malt whiskey was produced, bottled, and shipped from Ireland – it was more popular with punters, better priced, and generally thought of as being superior quality because everything came from a single distillery process.

Blending grain whisky and single malt was a game-changer that allowed Scotch bottlers to create blended Scotch whisky very similar to the Irish version but at a markedly cheaper price. It didn’t take long for the liquor market to notice the difference in price and start clamoring for Scotch, which rapidly ate into the market of Irish spirits.

Simply put, Ireland’s four major malt whiskey distillers got really pissed about this “infringement” and began to use the “e” in labeling and advertisements as a way to differentiate their whiskey from Scotch and maintain their hold on the whiskey trade. They even wrote a book, The Truths About Whisky in 1879 (with no e!), which at the time was equivalent to a social media feud between famous rappers, except this took place over nearly 140 years. 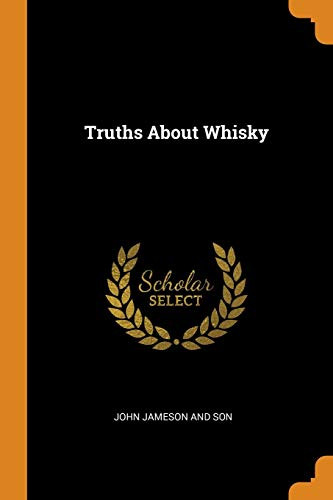 The feud – long and convoluted where nobody managed to spell whisk(e)y the same – ended with the Royal Commission sitting in 1908 for their “Enquiry into whiskey and other potable spirits.”

In his book, Scotch Whisky: A Liquid History, author Charles MacLean wrote the spellings now adopted worldwide became standardized soon after this Royal Commission. The Irish stuck with the “e;” the Scots didn’t.

What about the US and Canada? 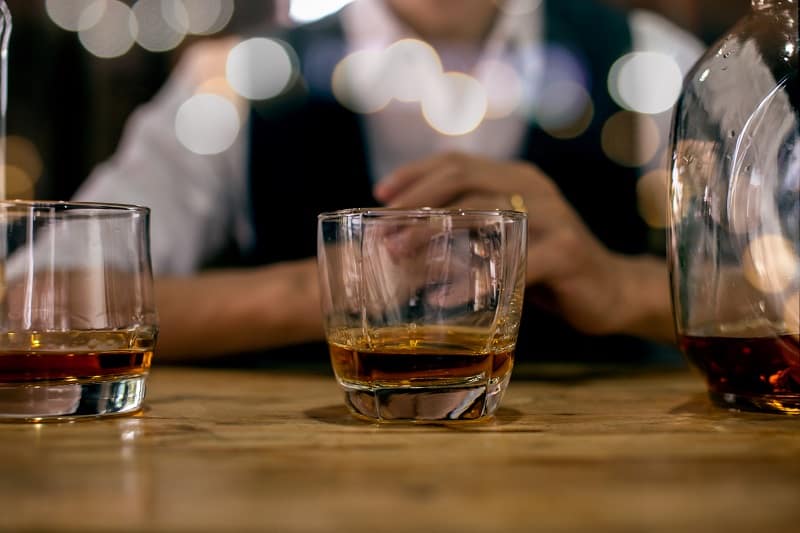 In the late 19th century and the early part of the 20th century, Irish whiskey was second only to Canadian whisky as the best-selling grain whiskey in the US. The two regions were there to keep the machine running (and booze flowing) during the Prohibition era, when American whiskey was banned completely.

After prohibition ended, American distilleries returned to a completely different environment. American distillers wanted to distance themselves from Canadian whisky (who never felt the need to change their spelling) and associate their products with Irish whiskey, so adopted the Irish spelling.

The practice of spelling whiskey with an “e” took hold, even after Irish whiskey declined in popularity once American distillers reclaimed the ground they lost when they couldn’t produce.

See more about - Whiskey vs scotch - the complete guides

Whisk(e)y lovers are familiar with the differing types of the spirit and how it tastes depending on where it’s distilled, produced, and bottled.

Each variety has a specific distillation process that’s regulated. It’s not only the spelling that dictates how a whisk(e)y will taste, it’s how the liquor was made and under what parameters as set down by law. 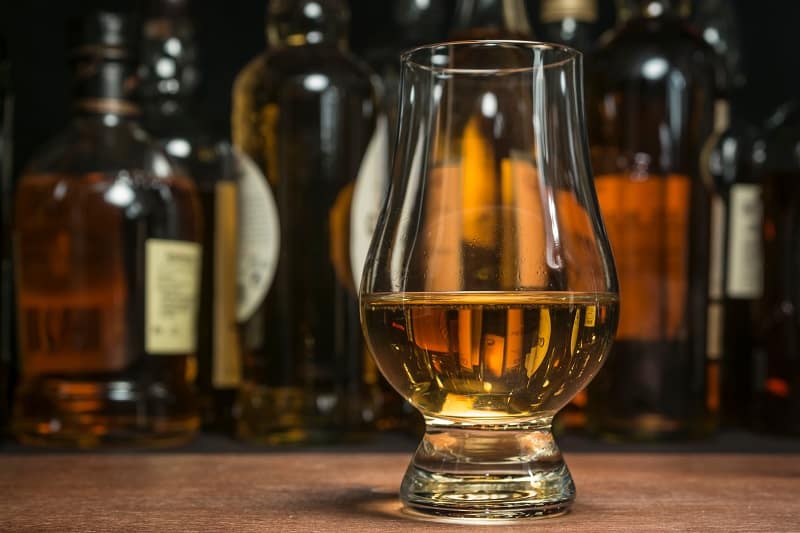 In the UK there are strict laws governing definitions of various categories and marketing of Scottish whisky. In simplest terms, a whisky – single malt Scotch or blended malt scotch whisky – cannot be called Scotch unless it is entirely distilled, produced, and bottled in Scotland. 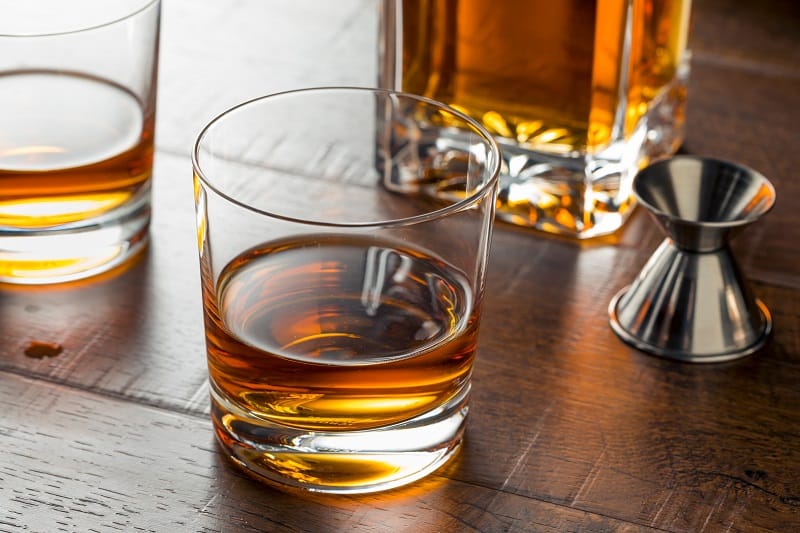 At least a 51% corn mash bill stored in a charred oak cask for four years and distilled in the US is what makes bourbon, although 95% of the spirit bottled is distilled in the heart of Kentucky.

Kentucky is bourbon country and despite other regions – such as the famed Tennessee whiskey region – beginning to craft some amazing bourbon, your bourbon whiskey bar is most likely to be stocked with expressions from the Bluegrass state. A frequent refrain that can be heard in Kentucky is: “Not every whiskey is a bourbon, but every bourbon is a whiskey.” 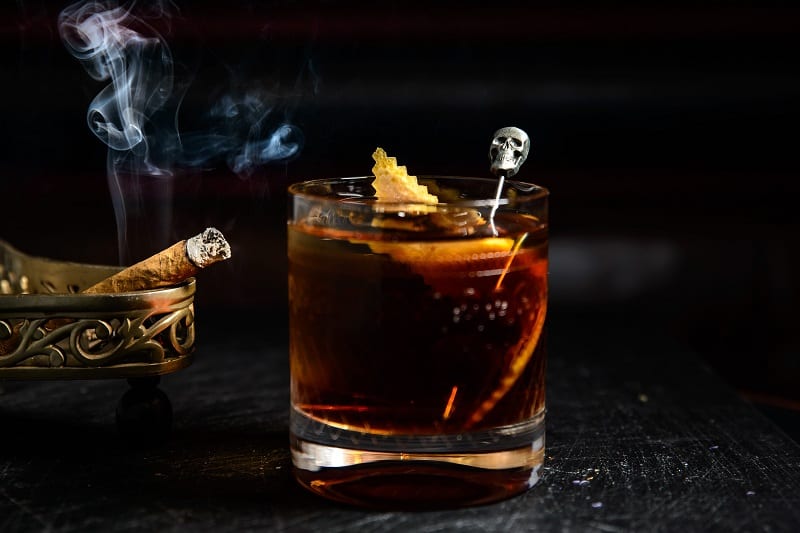 For a spirit to call itself American rye whiskey, the mash bill must be made up of at least 51% actual malted rye grain. Certified rye whiskey’s initial alcohol levels can’t be higher than 160 proof, or roughly 80% alcohol before it’s distilled down and eventually bottled.

Aside from the straight rye whiskey, you’ll find some rye bills filled out with brown sugar, corn, or malted barley, or even finished in wine, rum, or brandy casks to add another flavor dimension. 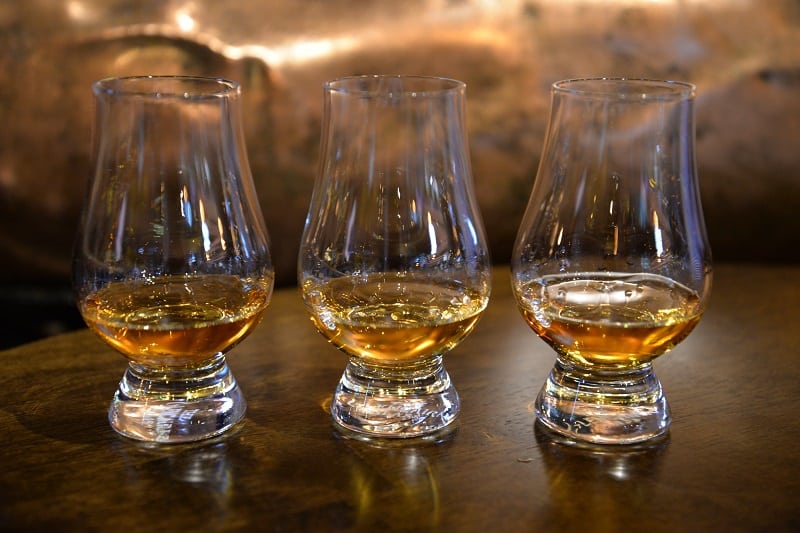 “The Irish Whiskey Act of 1980 defines the basic requirements for Irish whiskey with detailed definitions of style coming from the Food Industry Development Division of the Department of Agriculture. 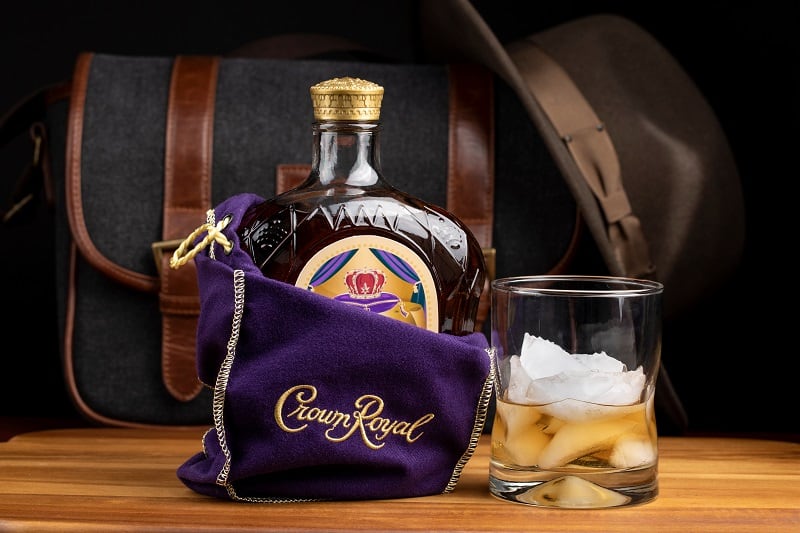 Canadian regulations state anything labeled as Canadian whisky, Canadian rye whisky, or rye whisky must be made from a fermented grain mash of cereal grain or products, be aged in wood (usually oak barrel) of less than 700 liters for three years at a minimum, and “possess the aroma, taste, and character generally attributed to Canadian whisky.” 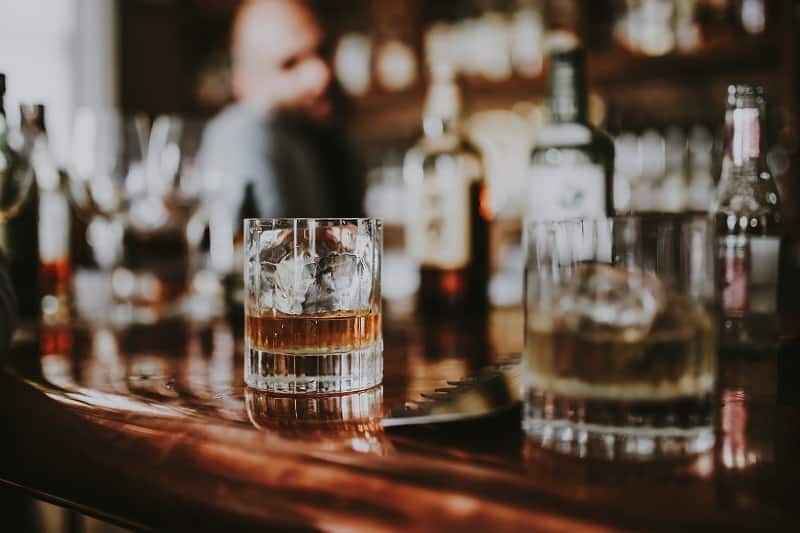 In an effort to better define their brands and products, The Japan Spirits & Liqueurs Makers Association recently announced new, tighter Japanese whisky regulations, including the definition of what Japanese whisky is, regardless of whether it’s blended whisky or single malt whisky.

Figuring out what constitutes whisky or whiskey is a lot simpler than in the past when nobody really knew what was going on. If the country of origin has an “e” in it, then spell it whiskey. If it doesn’t, then stick with tradition and call it whisky.