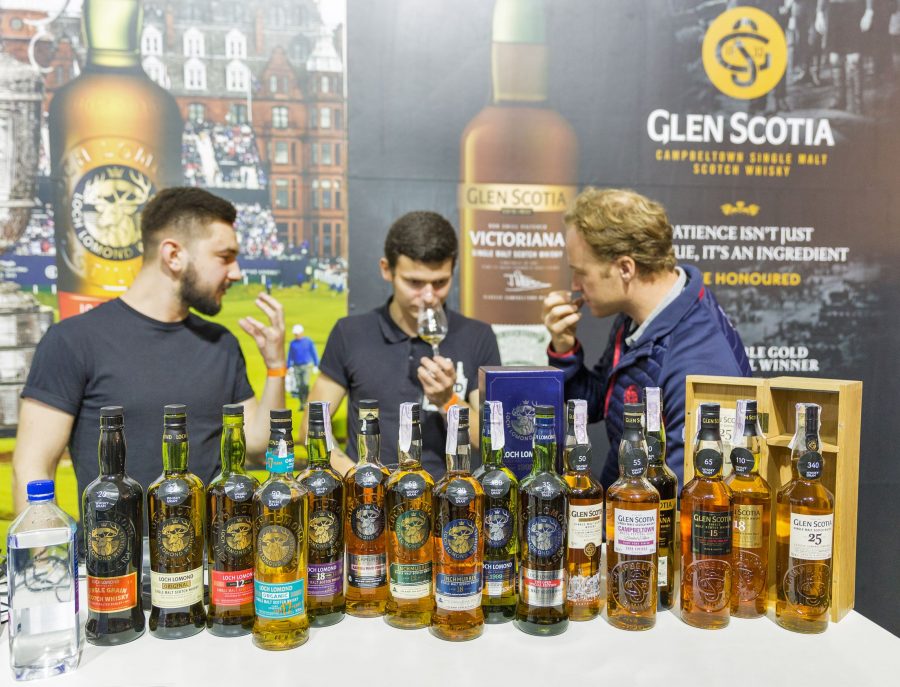 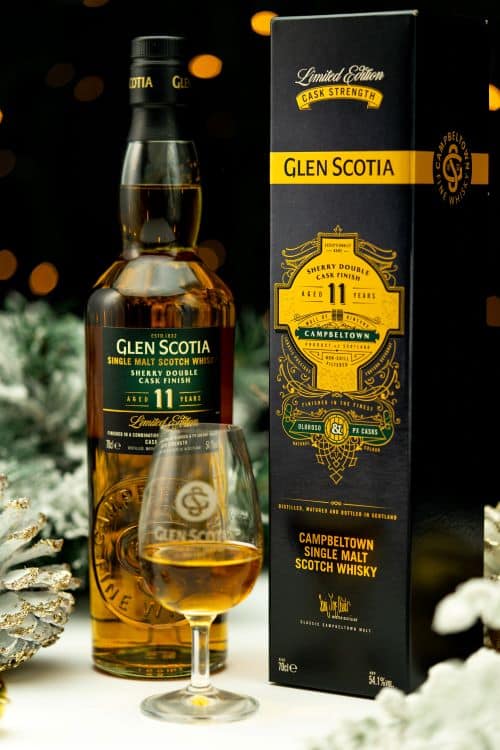 The Glen Scotia Sherry Double Cask Finish plays homage to Glen Scotia’s heritage, which dates to 1832 and is steeped in Victorian values.

“I’m very proud of The Glen Scotia Sherry Double Cask,” said Master Distiller Iain McAlister. “This is the first single malt that we’ve produced that uses a combination of two sherry casks, and the results are stunning.

This limited-edition single malt really showcases our signature Glen Scotia style, and paired with casks that were readily available in the town during the Victorian era truly makes it a whisky made by history.” 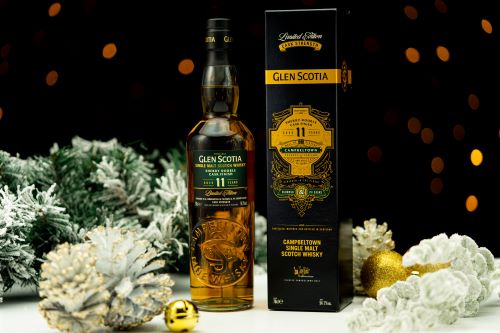 Using a series of unpeated distillations from 2008, this single malt expression was matured in first fill bourbon barrels before being finished in a combination of hand-selected Pedro Ximenez and Oloroso hogshead sherry casks for a further 10 months. The whisky was then married back together in bourbon casks before bottling at cask strength.

“The combination of the sherry and bourbon casks create a delicious, warming flavour that evokes all the traditional scents and tastes of Christmas, making it the perfect dram to enjoy with friends during the festive season, or a lovely gift for someone special,” said McAlister.

Raisins and sultanas with warming spice of clove, cinnamon and nutmeg

The Glen Scotia Sherry Double Cask Finish is presented in a collector’s black and gold gift carton and is perfect for enjoying with family and friends over Christmas and the festive period.

The Glen Scotia Sherry Double Cask Finish is bottled at an ABV of 54.1%. It is priced at £65 and available to purchase from specialist and online whisky retailers, including The Whisky Shop.

For more information on the range of Glen Scotia whiskies and the history of the Campbeltown Glen Scotia Distillery, click here.