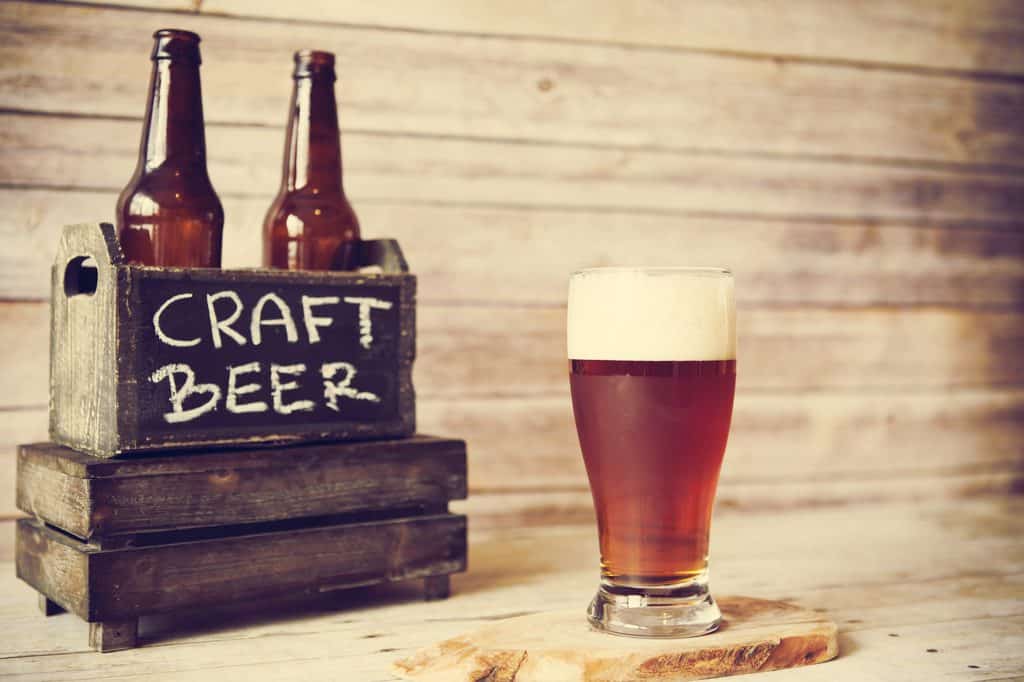 India Pale Ale is a beer for drinking and for obsession. It’s the most popular craft beer available and comes in a range of different styles.

Have you ever sat round the bar or grill with your friends talking about the difference between Belgian beer and German wheat beer, and there’s one (or more) member of the group that doesn’t say a word because he has been sitting on a low calorie blonde ale?

I am that guy. I like my beer, cold, refreshing, and plentiful. Beyond that, I don’t know too much about style (I’ve often confused lager and amber ale during my round at the taproom), the process of brewing, and the breweries they come from.

So, I turned to my friend Declan Roche, Venue Manager of Saccharomyces Beer Café in Brisbane, to learn more about IPA beer and what quality options are available. Saccharomyces is Ancient Greek for yeast. Look at us learning!

The following article will take you through different IPA styles and provide you with a quality list of 17 options to try (beards and lumberjack gear sold separately).

There are so many options, you can work through variations of this list for years and not drink the same beer twice! 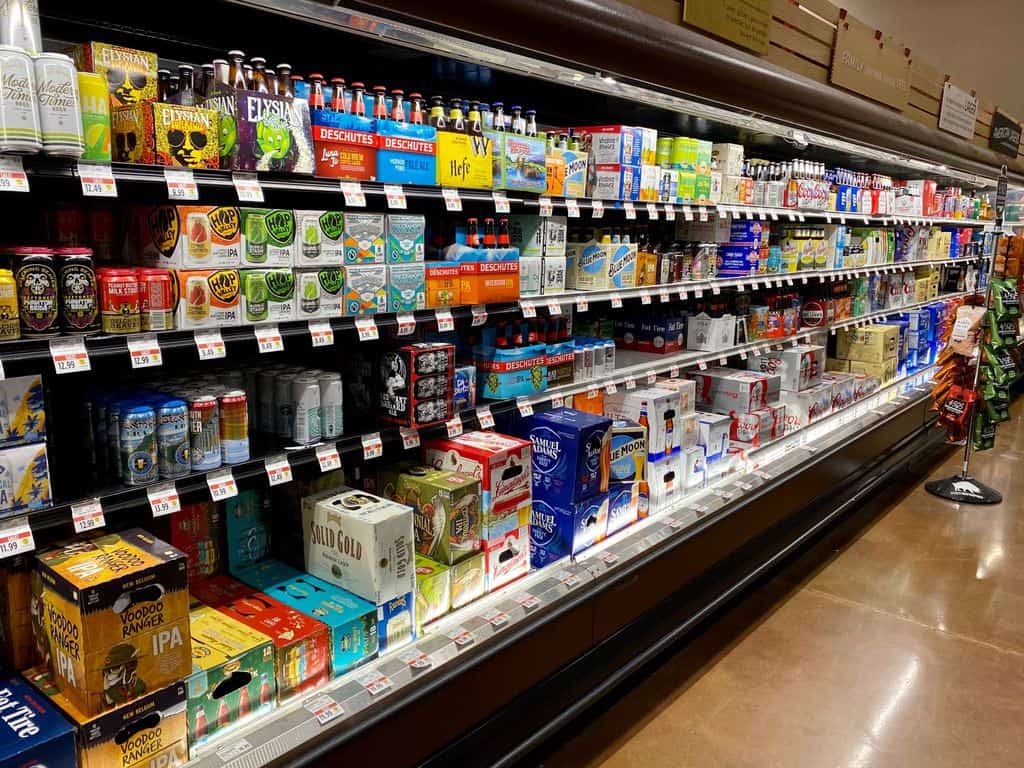 What is an India Pale Ale (IPA)?

“As the story goes, during the British Occupation of India the officers still wanted to drink beer (during their down time) and because transport at that time was so slow – beer spoils over time – they needed to figure out a better way of brewing it to last.

(Brewers) were already using hops for bitterness, flavor and aroma, and they are a natural preservative, so hops started getting thrown into the mix in greater quantities in order to travel and get it where it needed.

There are disputes about this, and the hops would have been used much differently to now (dry hopping etc), but it’s a logical assumption that IPAs came about as a byproduct of preservation.” 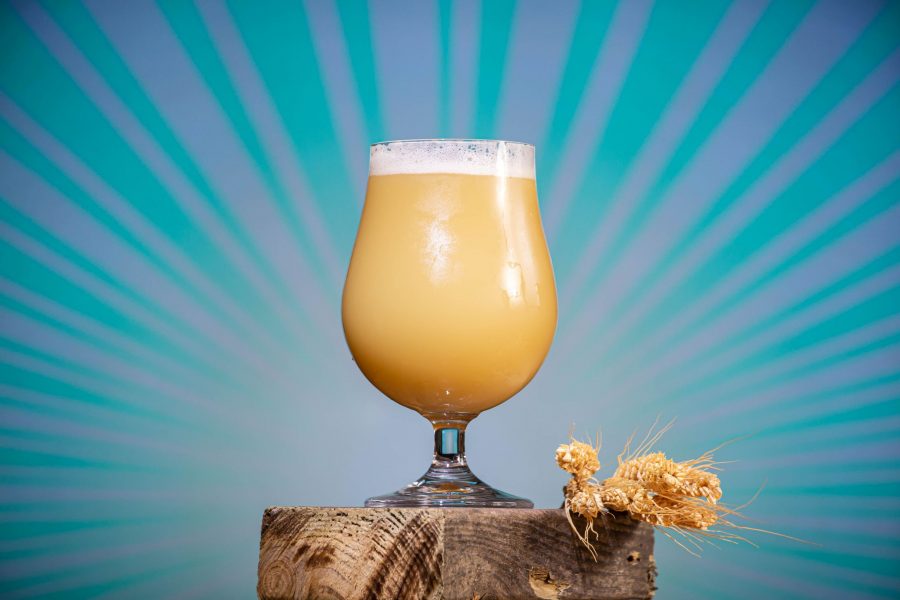 “IPA is the most popular style of craft beer. It fits right in the bell curve of bright bold beer flavors that you can enjoy a few of and still get up for work in the morning.

It’s accessible, and a greater expression of what hoppy beer can do – IPA is the beer for hop loving beer lovers.

There’s so much you can do with the taste, aroma, and bitterness of an IPA, thanks to the American brewers in the 80’s and 90’s doing things you weren’t supposed to…” 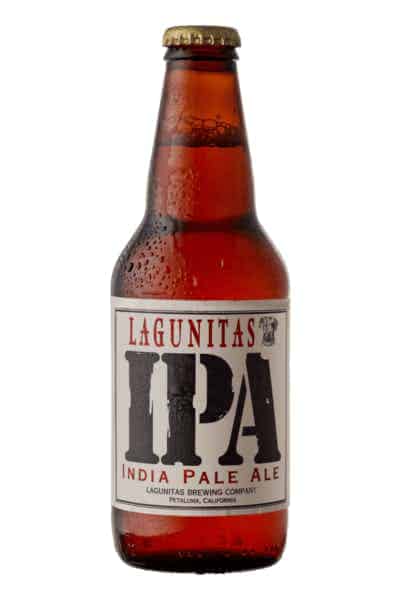 A highly drinkable IPA from the a popular California craft brewery. Caramel malt sweetness provides the richness that creates balance in contrast to the fruity hops. 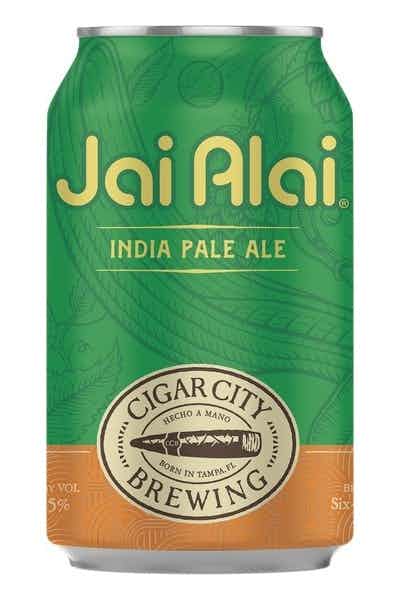 Once popular in Tampa, all that’s left of the Tron-esque game of Jai Alai is the tropical IPA tribute from Cigar City Brewing. This is brewed with six different kinds of hops to give it a unique hop flavor. 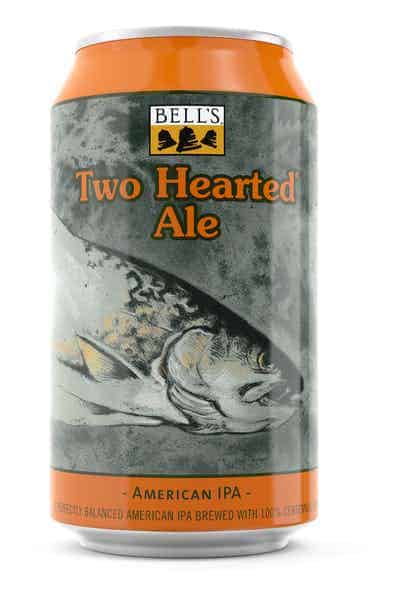 Bell’s is hopped with the Centennial hop varietal – added in the kettle the fermenter to create noticeable grapefruit and pine resin aromas, balanced by a significant malty sweetness. 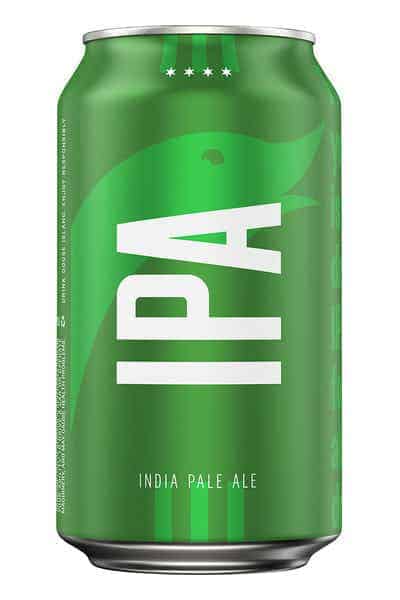 The quintessential craft brewery, Chicago’s Goose Island is an operation from Chicago that began brewing in 1989. They’ve collected a lot of silverware for their brews, and their quality flagship IPA is a great beer for the novice IPA beer drinker – a mix of hop flavor, aroma and finish contrasted by the smooth malty sweetness in the middle.

Double IPA is not strictly mathematically accurate but you’re doubling or almost doubling the malt that you use, the hops, and nearly doubling the ABV from a session IPA.

It’s like what the Russians did with Imperial stout. They want – and really love – strong flavors, so they developed a heavy-duty version to suit their palate for dark beers. Some of us that don’t like numbers prefer the term Imperial to Double IPA.” 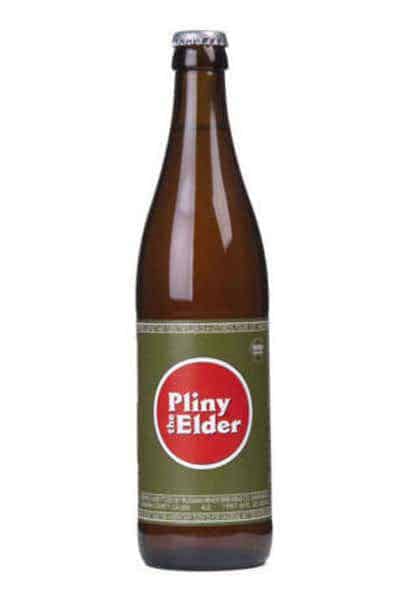 This Imperial beer style is brewed with four separate hopes for a slightly bitter profile with a fresh hop aroma of floral, citrus, and pine. Make sure you drink it quickly, it’s better fresh.

Pliny the Elder was a great Roman writer – he started the whole Encyclopedia thing – who died trying to save a friend during the eruption of Mount Vesuvius that wiped out Pompeii. Bang that one out by the grill for some dope knowledge nuggets people! 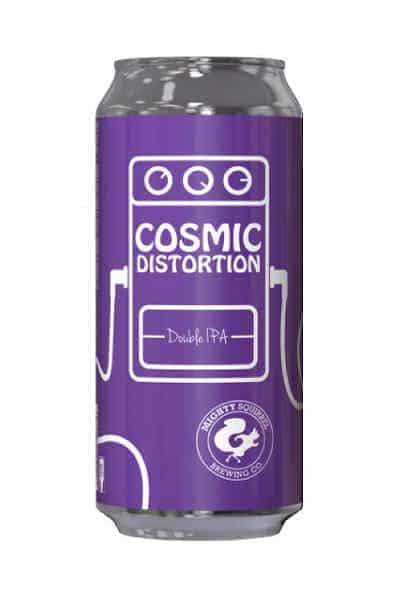 If someone offered you a Mighty Squirrel, you’d drink it, right? That’s what I thought!

The Cosmic Distortion is Mighty Squirrel’s hoppiest flagship IPA and is described as a “dank double IPA with notes of passionfruit, mango, pineapple, starfruit, papaya, and tangerine.” 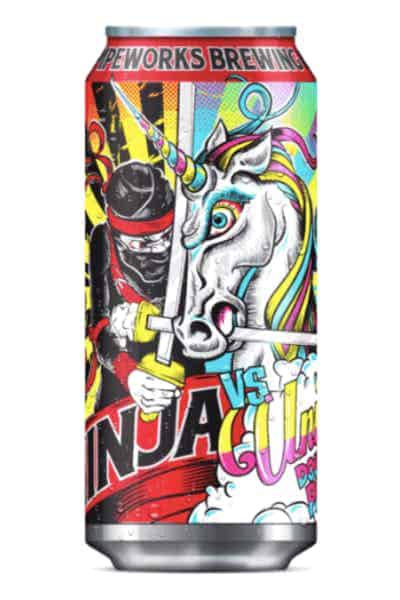 I don’t know where they got this idea from, but I love it. The can art is by Jason Burke ink & lead Designs. This unfiltered double IPA goes hard on the hops, with over five pounds added per barrel. Have a few of these and then try and figure out who would come out on top… 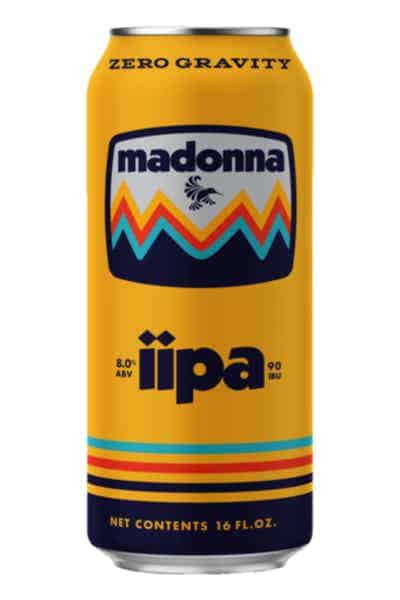 This beer is named after a mountain in Vermont, not the pop singer. It uses pilsener malt and wheat to keep the body light for a double IPA and melds a variety of citrus fruits to create a lovely aroma and unique tropical fruit flavor.

“Hazy IPA is an umbrella term for an unfiltered, hazy appearing IPA, and under that umbrella you have New England IPAs (NEIPA) and Double Dry Hopped IPAs, or even Vermont IPA. And a juicy IPA is very similar.

You’re looking at juicier, less bitter beers than a Belgian IPA or brown ale. Ones that I would recommend for the newly experimenting beer drinker who may have experience with the slightly thicker, creamier mouthfeel of German wheat beer or prefers a commercial lager with some weight.

(With these brews) you also have more dry hopping, which is when you’re hopping the beer as it’s fermenting. The brew is doing its thing, you add hops to it at a variety of different points, and that’s how you get your increase in flavor and aroma.

A New England IPA is a style more so than a regional variation – you can brew one anywhere and call it whatever you like really!” 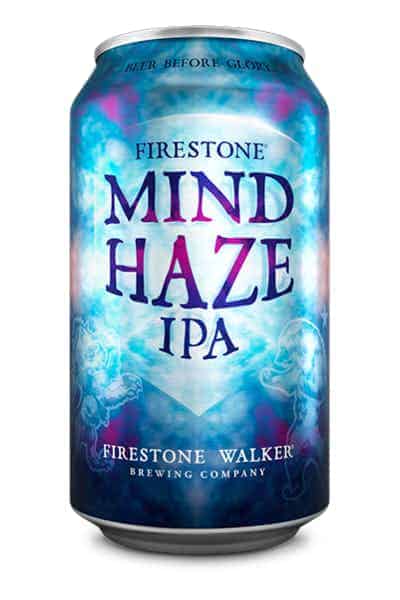 This Californian NEIPA style IPA is chocked full of juicy tropical flavors, with a nice even mouthfeel that’s more refreshing than most IPAs. This is a good beer to match against spicy foods like Thai or Indian. 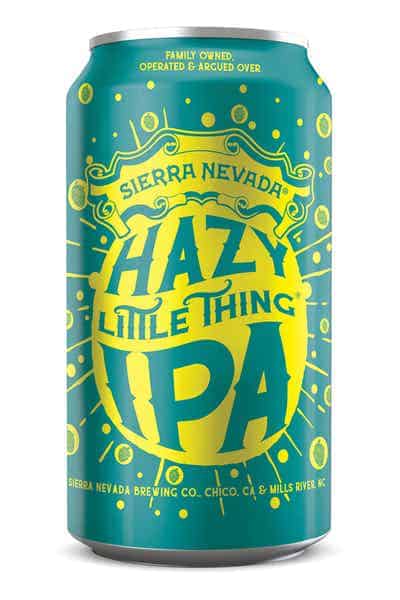 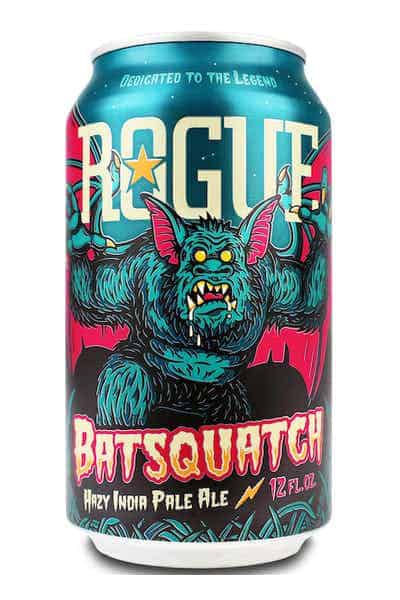 This offering from Rogue features balance between bitter and sweet of orange and grapefruit from the Belma Hops used. The addition of oats creates a fuller bodied mouthfeel and a lovely juicy taste. Again, the can’s artwork is great, I’d probably buy it for that alone! 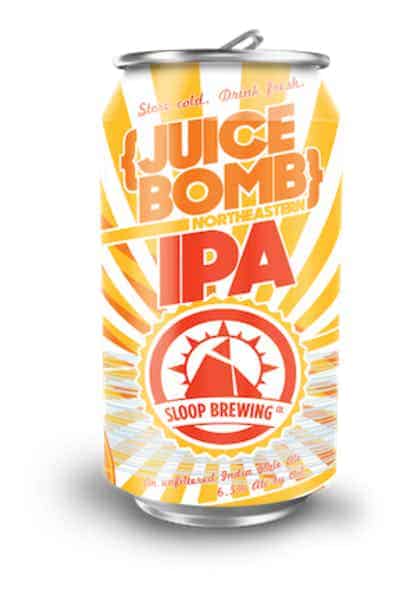 A great juicy IPA for newcomers, there’s little bitterness and a great mix of tropical fruit flavor from the hops that gives way to a balanced taste of creamy malt sweetness.

A session IPA is supposed to be sessionable – that means you can settle in and drink a few.

You get most of the flavor and taste of a regular IPA (6-7% ABV) but at a regular beer strength (3.5-4.5%) You can have a couple of session IPA’s and still drive home, or you can drink a six pack at a BBQ and be right the next day if you aren’t trying to run a marathon.

It’s an India pale ale with a weaker body (watery flavor), but more bitterness and a stronger bouquet. It’s out of balance for a reason. 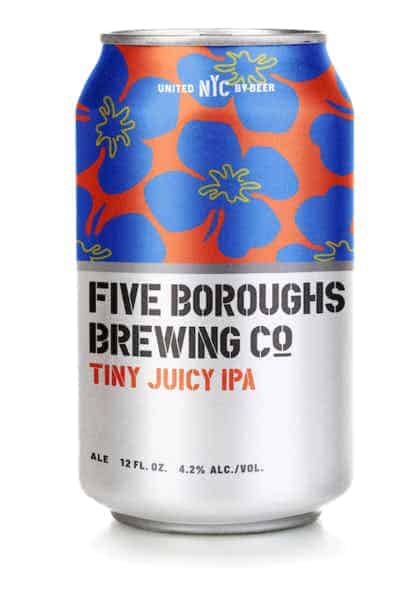 Balances pine from a four-hop mix with just enough bitterness to give it punch. A quality IPA light on the ABV and bitterness, you can work your through a few of these with minimal damage 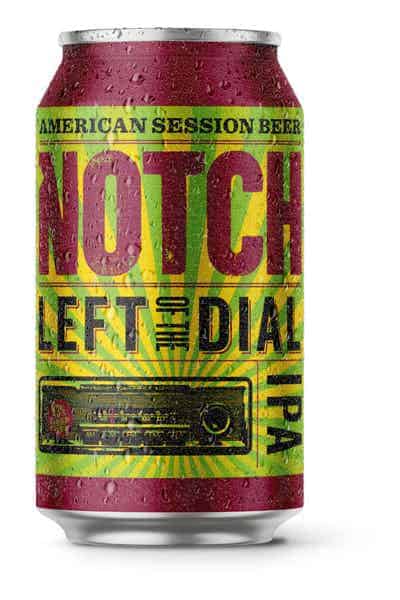 This Massachusetts brew offers American IPA taste at the ABV of British IPA beer style. A great summer beer for warm nights and relaxation, the hoppy taste belies the profile and works well with cured meats and cheeses. 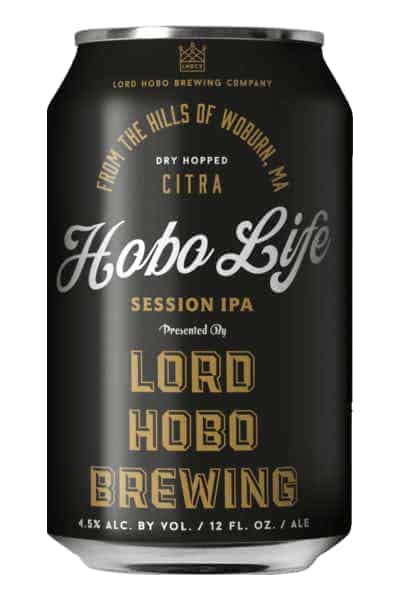 If you’re getting a large amount of sourness from a standard IPA, then that’s wrong. It needs to be specifically crafted that way to really get that sour flavor. Sometimes I think they (IPA and Sour beer) should be kept separate, but brewers can make the odd one that works brilliantly.

It’s probably not the one I’d recommend to people just starting out with craft beer and IPAs. 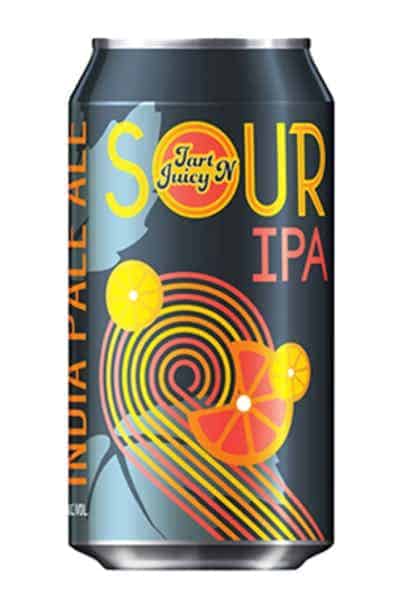 This is the mix of IPA and sour beer with the abv strength of a session ale. If you’re like sour beers you’re likely to enjoy this one, but if you are a hard charging IPA beer lover it might lack the kick in the pants you get from a full bodied IPA.

“Some breweries are brilliant at doing it, but once we get to triple IPA, I Just don’t fuck with it. It’s too alcoholic for people to drink (responsibly), so I don’t like it in my taproom. And personally, I don’t really like the flavor, there’s no robust malt profile, it tastes syrupy and has a thick mouthfeel. But if you want a fully loaded beer, you’ll love it.” 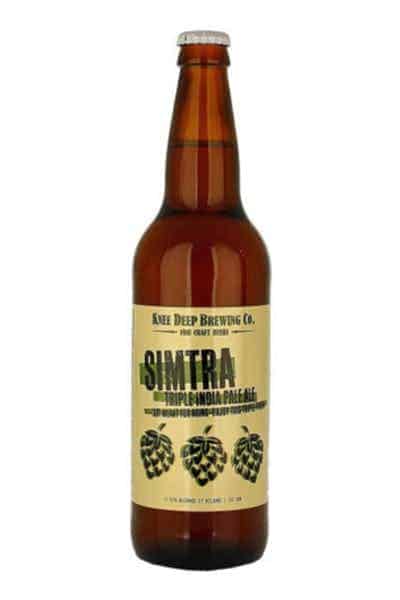 I’ll let the Knee Deep team break it down for you: “Simtra Triple IPA delivers a punch in the face with its very danky hop aroma derived from Simcoe and Citra hops. You wanted more hops you got them.”

At 11% ABV this is an electrically robust beer for a specific type of beer lover. Make sure you have a plan b, or c, if you choose to get stuck into a few of these.