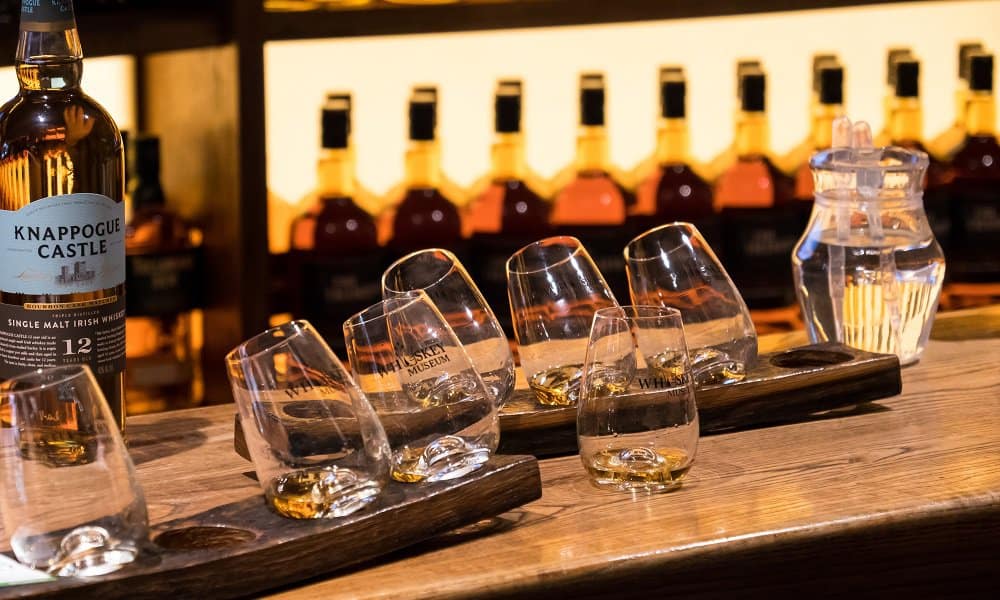 If there’s one thing the Irish do well, it is produce whiskey (that’s whiskey with an “e” – it’s whisky when made in Scotland, England, Japan, or Canada). For centuries the Emerald Isle has been distilling the elixir of life, and in recent years the spirit has become more in demand than ever. Data from the Distilled Spirits Council shows that more than five million cases of Irish whiskey were sold in America in 2020, generating a whopping $1.1 billion in revenue. Sales of premium Irish Whiskey brands have also risen by 8,728%, which is mind-blowing.

So what sets Irish whiskey apart from other types of whisky? First things first, it must be distilled in Ireland, which makes sense. It must be made from only cereals and water, barrel-aged for three years or more, distilled at an ABV of no more than 94.8% ABV, and bottled at no less than 40% ABV.

The majority of Irish whiskey is also triple distilled, meaning it has a much smoother taste. Distilleries rarely use peat either, meaning Irish whiskey is absent of the smokey taste often associated with Scottish whisky or a classic American bourbon.

So now you know the basics surrounding Irish whiskey it’s time to look at the best brands. There are just over 30 distilleries in Ireland producing whiskey, so there is a decent range of brands on offer. The below list includes some of the most well-known, such as the classic Jameson Irish Whiskey, along with lesser-known picks such as Green Spot Irish Whiskey. Each brand has a variety of different whiskeys on offer ranging from cheap to ultra expensive. No matter your budget, you’ll find something you like. We promise. 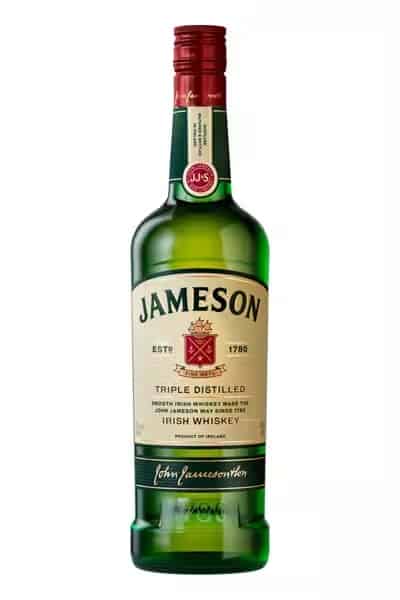 Walk into any bar around the world and you’ll find Jameson Irish Whiskey. The number one selling Irish whiskey in the world, Jameson is loved by just about everyone. Even non-whiskey drinkers can appreciate this smooth brown liquid.

Starting in 1780, Jameson Whiskey has been delivering top-shelf whiskey at an affordable price for centuries. Situated at the Midleton distillery in Cork, this whiskey has notes of barley and honey and is easy to sip on the rocks, or add lemonade, a wedge of lime, and have yourself an Irish Lemonade.

While the original is still the best, there is a wide range of tipples available from Jameson. Some of the standouts include Jameson Triple Triple, which as the name indicates, is triple distilled with a fruity taste, Jameson Orange Whiskey which has a strong citrus tinge, and the brand’s beer lover range, which includes five whiskeys that merge the flavor of beer with whiskey. Our pick is the Jameson Caskmates IPA Edition. Delicious. 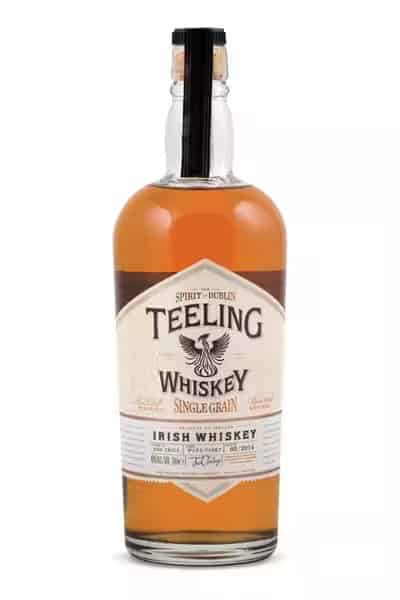 Although relatively new to the world of whiskey, Teeling has fast become a favorite. Teeling opened in 2015 and is the first new distillery in Ireland in over 125 years. Established by Jack and Stephen Teeling, whose father owns Cooley Distillery, the Small Batch brand sells a wide range of whiskeys at reasonable prices. Most go for between $30 – $60. 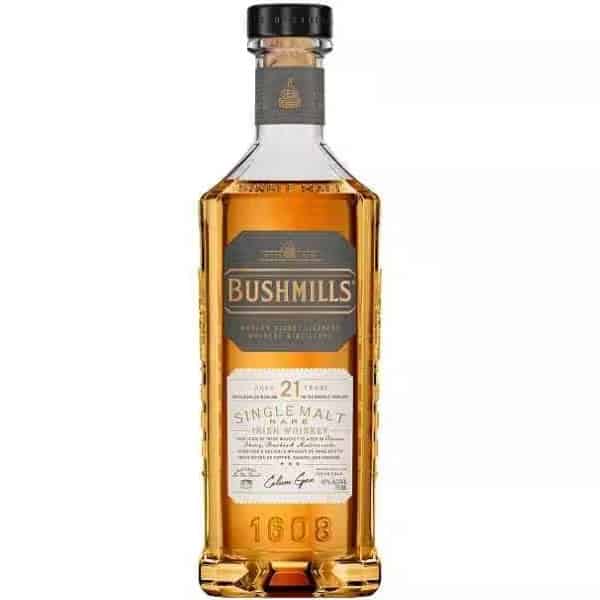 For over 400 years Bushmills Irish Whiskey has been providing fantastic single malt whiskey. Claiming to be the world’s oldest licensed whiskey distillery, the Bushmills’ line of whiskey is headlined by the Original and the Black Bush. The Original uses the company’s famous recipe and has notes of vanilla and fresh fruits, while the Black Bush is triple distilled in Oloroso sherry and bourbon casks, giving it an intense yet smooth taste.

Bushmills also distill three aged varieties, ten years, 16 years, and 21 years. While these three drops will hit you in the wallet, they are fine whiskeys best enjoyed straight or on the rocks. 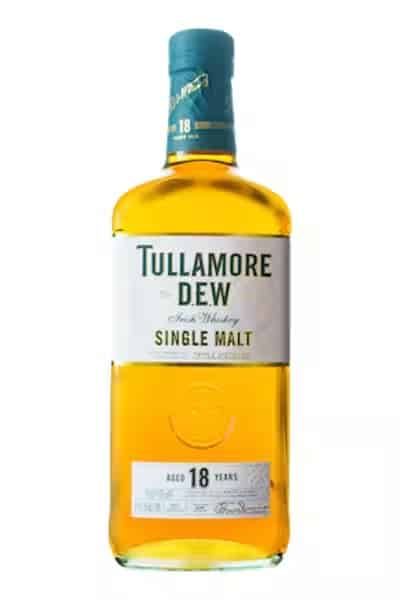 The second biggest selling whiskey brand in Ireland is another great-tasting spirit with affordable price points. Tullamore D.E.W. only has a small range, but this doesn’t detract from the quality of each bottle. Tullamore goes down much easier than most Irish whiskey and is ideal for those who are yet to acquire a taste for the brown nectar.

Tullamore D.E.W. Original Irish Whiskey is the brand’s flagship bottle, a triple blended whiskey known for its smooth taste and spice flavor, thanks to the pot still it’s distilled in. If you want to try something a little different, give their 18-Year-Old Single Malt Aged Whiskey a crack. Finished in four different cask types – 18 months in ex-bourbon barrels then six months in ex-sherry barrels, ex-port barrels, and ex-Madeira drums – the result is a complex yet satisfying Irish whiskey. 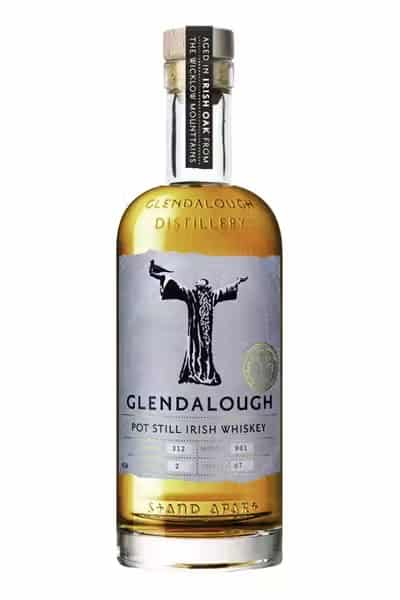 Another newbie on the scene, Glendalough Irish Whiskey celebrates the Glendalough Valley region and the fictional St. Kevin. As the story goes, St. Kevin stood with his arms outstretched until a blackbird built a nest in his hand. He remained like a statue until the bird laid eggs that hatched. What that’s got to do with whiskey is anyone’s guess, but Glendalough is a tasty drop that’s hard to turn down.

Glendalough offers five expressions aged and barrelled differently, with the label’s Pot Still Irish Whiskey, first aged in ex-bourbon casks, then in Irish Oak felled in the mountains around the distillery, easily the best whiskey in Glendalough’s collection. 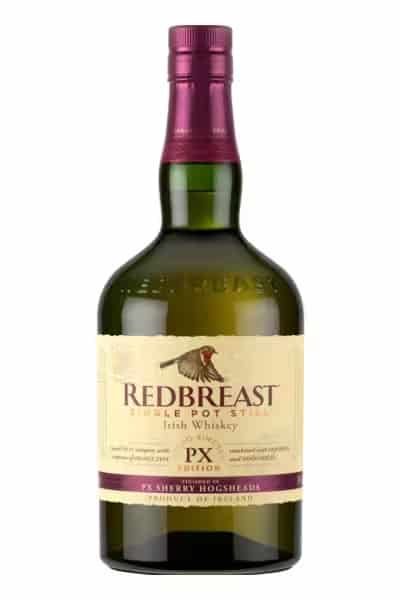 Redbreast is the largest selling Single Pot Still Irish Whiskey in the world. Founded in 1857, Redbreast is one of those whiskeys that true Irish whiskey drinkers love. The whiskey is taken straight from the cask to the bottle without any addition of water, meaning each bottle of Redbreast differs slightly in alcohol content.

The 12-Year Cask Strength is a big seller and is “made from a mash of malted and unmalted barley and then triple distilled in copper pot stills.” It’s then matured in Bourbon American oak barrels and Oloroso Sherry Spanish oak butts, resulting in a distinct flavor of vanilla, oak, and spices. If money is no object, then splash out on Redbreast’s 27-Year-Old is a Single Pot Still Irish Whiskey. You won’t be disappointed.

See more about - The 15 Best Whiskeys For An Irish Coffee 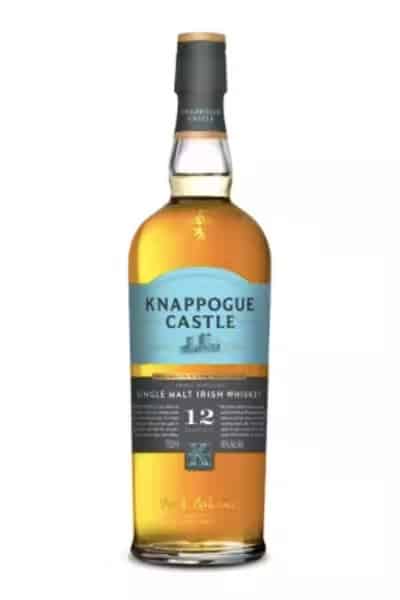 There are also 14 and 16-year-aged bottles along with several limited-edition releases, with the Knappogue Castle 21-Year-Old Single Malt Irish Whiskey the pick of the bunch. It marries two single malts together and ages them in ex-bourbon casks – one for 23 years (put into barrel in 1994) and another for 21 years (put into barrel in 1996) – before mixing them together to create this soft and mellow whiskey. 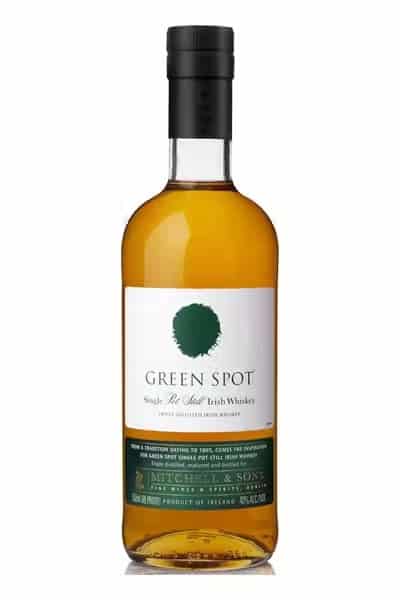 When you are talking about the best Irish whiskey on the market, Spot Irish Whiskey has to be included in the conversation. Another single pot still Irish whiskey, it is one of the last bonded Irish whiskeys in the country. Originally produced exclusively for the Mitchell family, it is now available for us mere mortals to sample.

The range includes Green, Red, Blue, Gold, and Yellow, with our pick being the 12-Year Old Yellow Spot. This whiskey is matured in American bourbon barrels, Spanish sherry butts, and Spanish Malaga casks. It’s an award-winning whiskey that has the flavor of red apples. Spot Irish whiskey is also great for cocktails, such as an Old Fashioned or Irish Coffee. 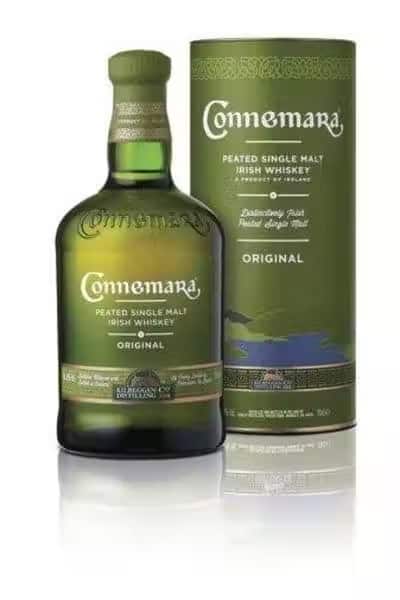 Connemara makes its bones as the only Irish Peated Single Malt Whiskey widely available for whiskey lovers. Due to the use of peat, it’s also lighter in color and slightly sweeter than most whiskey. Having won over 20 medals at various whiskey competitions and award shows, Connemara has cemented itself as one of Ireland’s top whiskeys.

The smokey aroma gives way to the taste of honey, light spice, and vanilla oak. Connemara is a well-rounded whiskey with a unique taste that offers something different from your standard bourbon barrel malt whiskey. 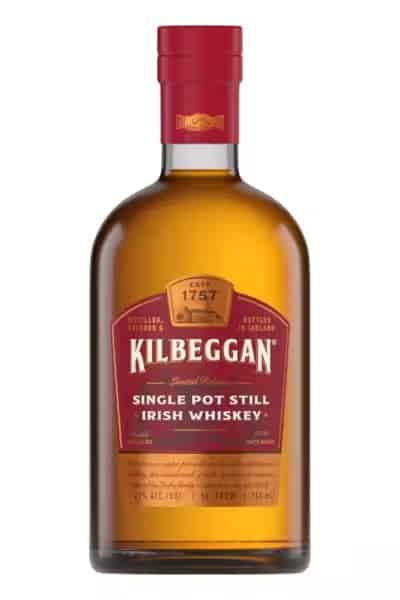 Kilbeggan Irish Whiskey comes from Ireland’s oldest licensed distillery. Founded in 1757, Kilbeggan distills its whiskey twice, instead of three times, and then ages the spirit in ex-bourbon casks for a minimum of four years, creating a more diverse flavor profile than whiskeys distilled three times. 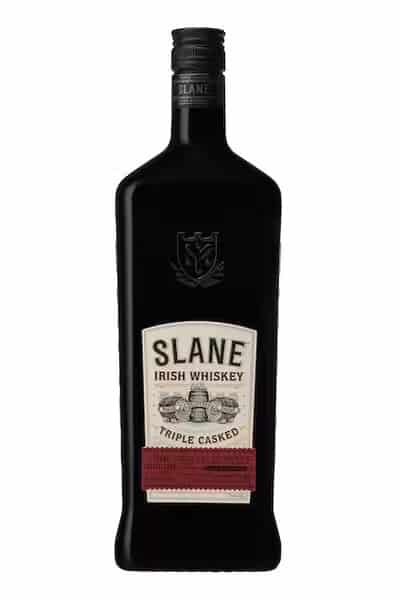 Here’s another authentic whiskey made on the grounds of Slane Castle near Northern Ireland. What sets Slane Irish Whiskey apart from the rest is its aging process. Every bottle of Slane contains blended whiskey matured in virgin oak casks, seasoned whiskey casks, and Oloroso sherry casks. This is what gives the whiskey its distinctive and complex taste.

Slane also has only one main whiskey on offer (there are a couple of special editions), so while short of choice, they do deliver one of the best Irish whiskey brands in the country. Described as “smooth, robust, and complex,” Sloane is a layered whiskey with hints of dried fruit, vanilla, banana, and butterscotch. 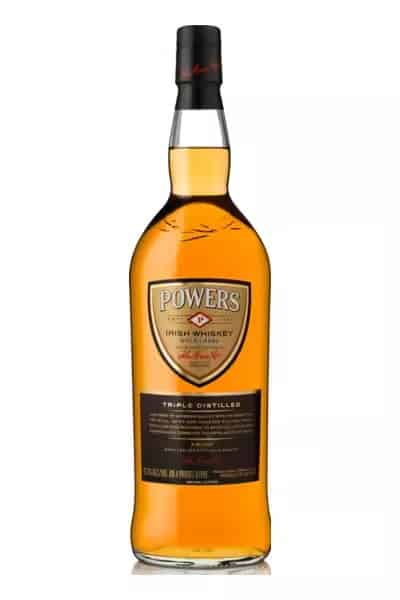 After drinking this whiskey you’ll think you have special powers. Despite having been around for over 200 years, Powers Irish Whiskey has a boutique feel to its whiskey. They promote bold, complex flavors in their whiskey which is triple distilled in traditional copper pot stills and matured in American oak casks.

There are only three Powers whiskeys to choose from, but that still doesn’t make the decision any easier. Powers Gold Label is the heart and soul of the brand, Three Swallows is tripled distilled, and exclusive to Ireland, while John’s Lane is matured for 12 years. All three are worth trying.

See more about - The Best Flavored Whiskey To Try In 2022