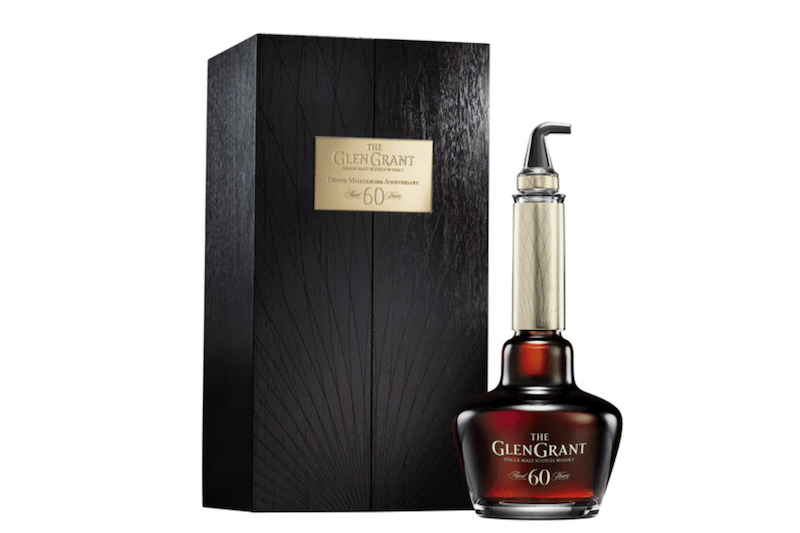 The limited offering is bottled from a single ex-Oloroso sherry cask (#5040) that was filled on October 24, 1960 – the oldest, to date, distillery bottling in the brand’s 181-year history, with just 360 Decanters of the liquid available worldwide. 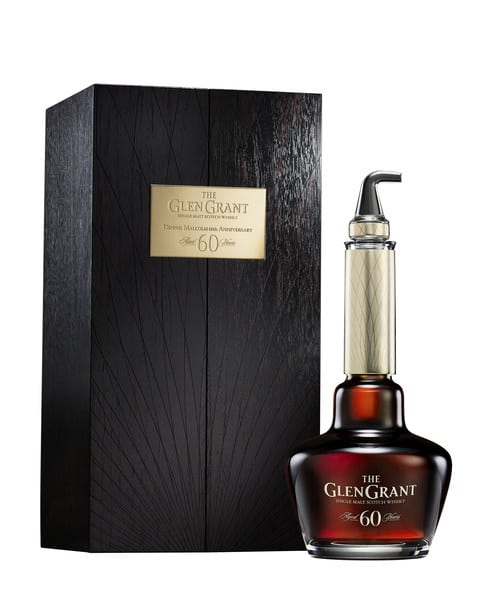 “Dennis has not only created some of the most-awarded single malts in the world but also serves as an unwavering champion for the industry.”

“It’s never been a job to me, it’s been a way of life,” said Malcolm, who started with The Glen Grant at age 15 making barrels.

“I don’t like my actual birthday – that makes me a year older. But I like my milestones with Glen Grant because it’s a year longer than I’m here. I can keep doing what I was destined to do.”

Each marked with a bespoke number, every one of the 360 decanters has been made from hand-blown crystal glass, designed by world-renowned Glencairn Studio, and is based on the design of the distillery’s unique tall slender pot stills.

Nestled in an elegant presentation case crafted from sustainable walnut, the decanter itself requires over 15 hours of expert craftsmanship for each creation, encompassing intricate details which symbolize the unique aromas of The Glen Grant.

Each presentation case has the Master Distiller’s signature engraved within it and includes a Certificate of Authenticity, signed personally by Dennis Malcolm.

The Glen Grant Dennis Malcolm 60th Anniversary Edition aged 60 years is bottled at 52.8% ABV and is non-chill filtered to retain optimal flavor and aroma. Available from October it will be available at selected global retailers at an RRP of € 25,000.00 (roughly $29,500 USD).

For more information on the bottle and the remarkable career of Dennis Malcolm, visit The Glen Grant official website.

See more about - The Best Flavored Whiskey To Try In 2021