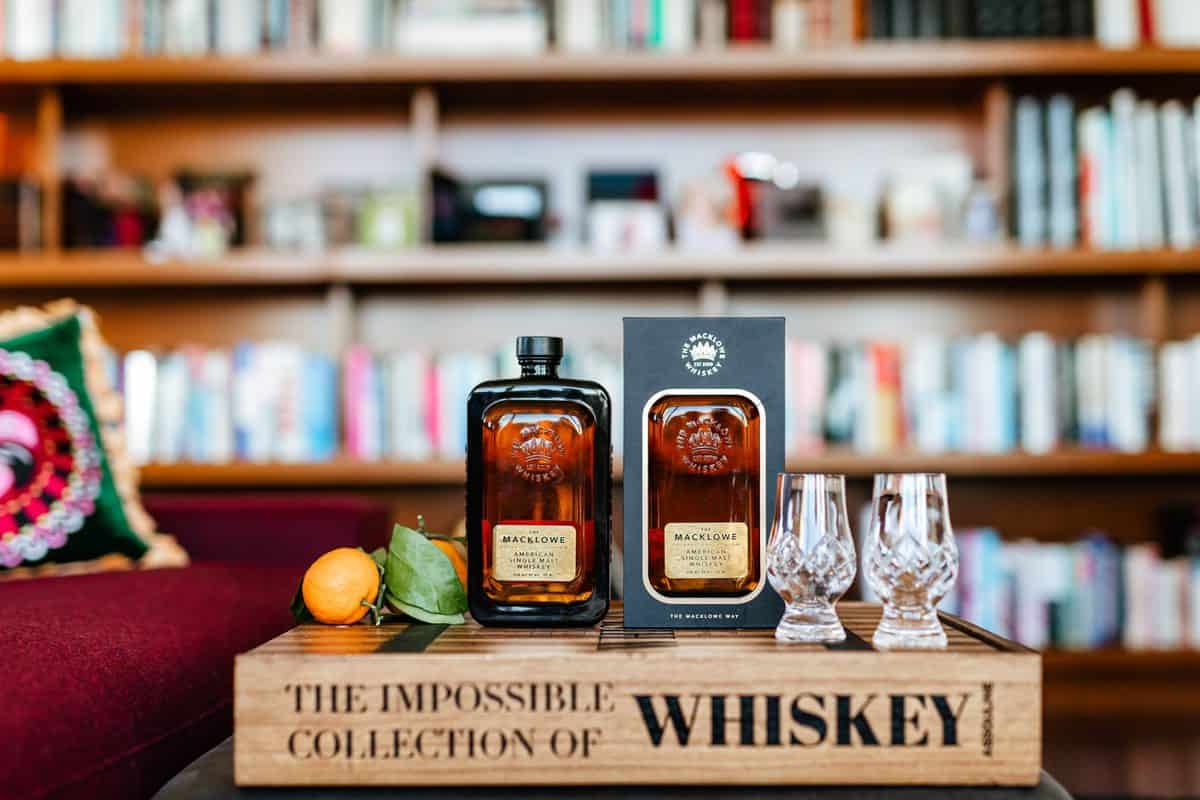 The Macklowe is a highly limited release featuring one cask of American Single Malt, distilled and matured to Julie’s specifications. Cask #61 was distilled in 2014 and the yield was only 237 bottles.

“Every bottle of The Macklowe is 100% American with grains grown here and distilled in America,” said Macklowe. This is the first release of a series of limited releases that our loyal clients will be eligible to purchase as they come to market.” 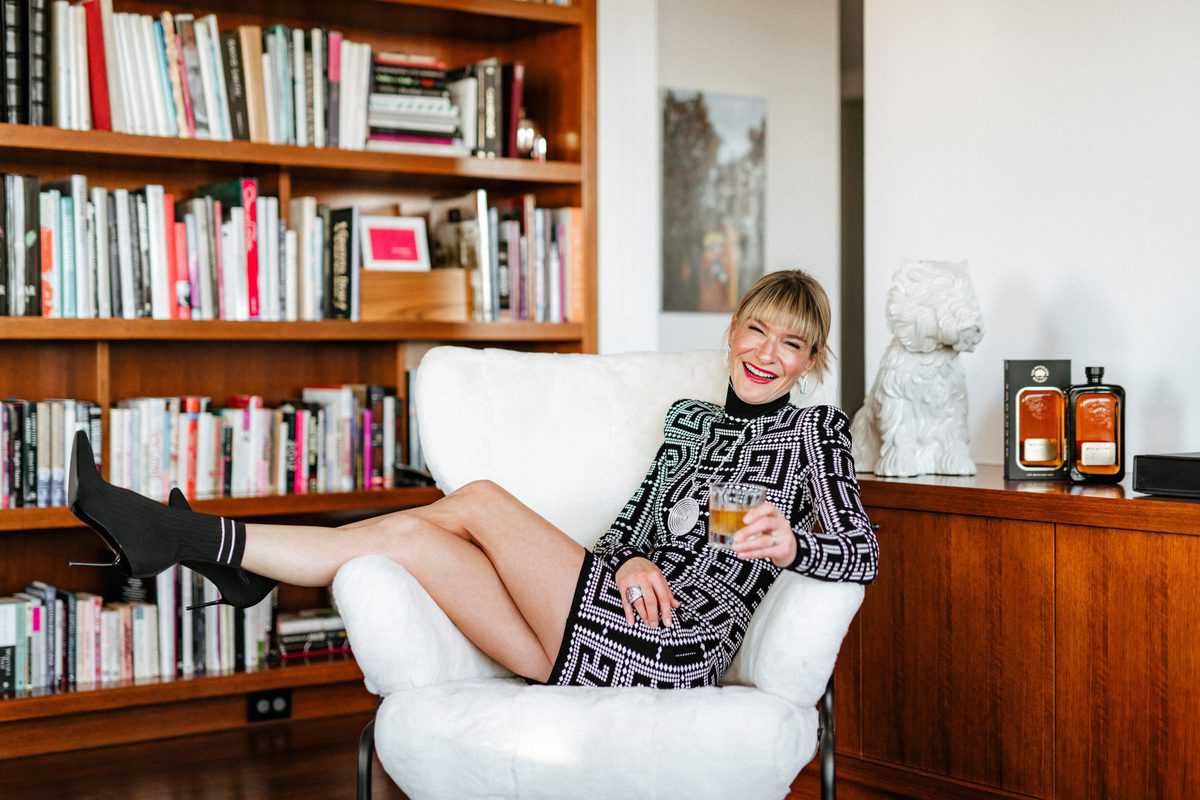 “This is a rare example of exceptional American Single Malt,” according to master blender Ian McMillan, who worked with Macklowe to bring the release to fruition. McMillan’s career spans close to 50 years and was the master blender for Burn Stewart and most recently brought the Bladnoch Distillery in the Lowlands back to life.

The Macklowe is bottled in a hand-crafted, hand-painted design reminiscent of a flask. The packaging is inspired by a trusty flask Julie carries that is filled with her favorite whiskey.

“My flask is a reminder that you should drink what you like, not what you are told to like. Whiskey is personal,” said Macklowe.”Today, my collection includes a bit of everything but primarily Scotch single malt. I am driven by my palate, not the price and I love the entire range of flavors.” 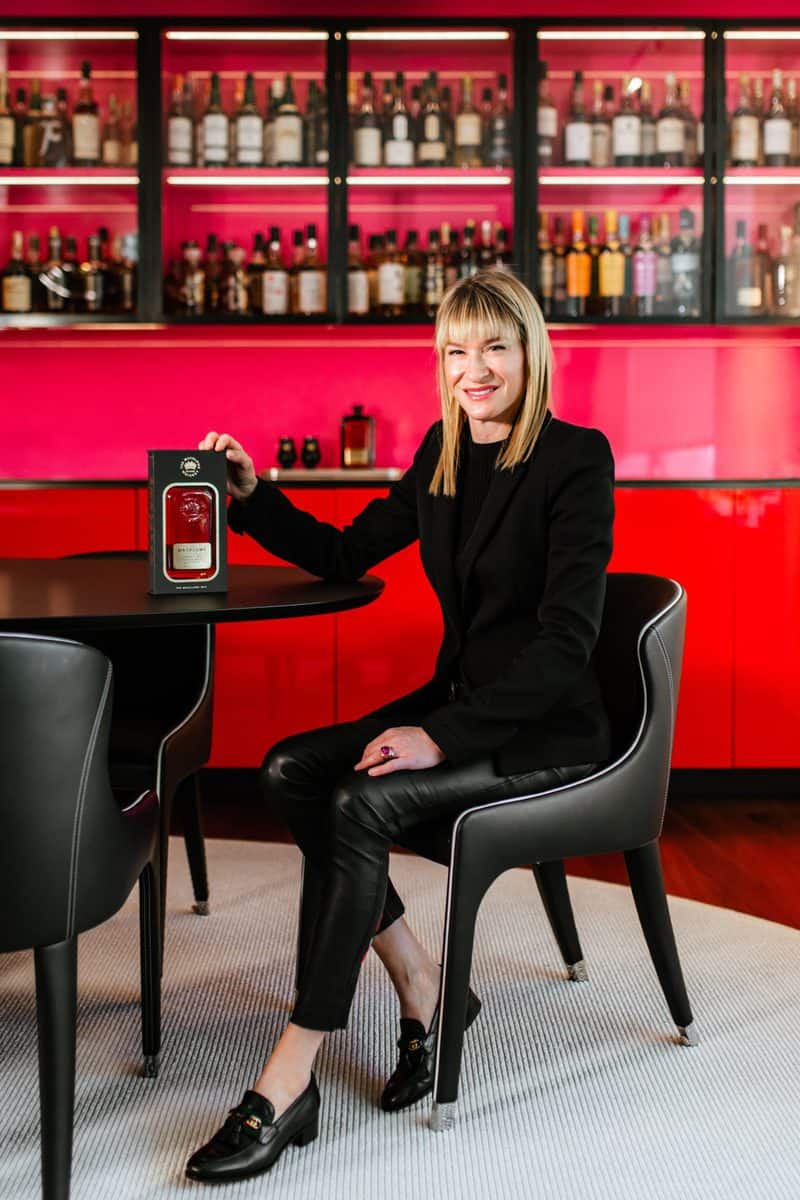 The Macklowe American Single Malt spent more than seven years in ultra-premium toasted and charred new American white oak. It is a luscious, complex farm to table spirit made from 100% non-GMO locally sourced ingredients. In an unusual move both a column still and copper doublers are used in Macklowe production which is distilled and aged in Kentucky.

Bottled at 46% ABV the Macklowe carries an MSRP of $1,500. For more information on how to purchase a bottle, hit the button below.