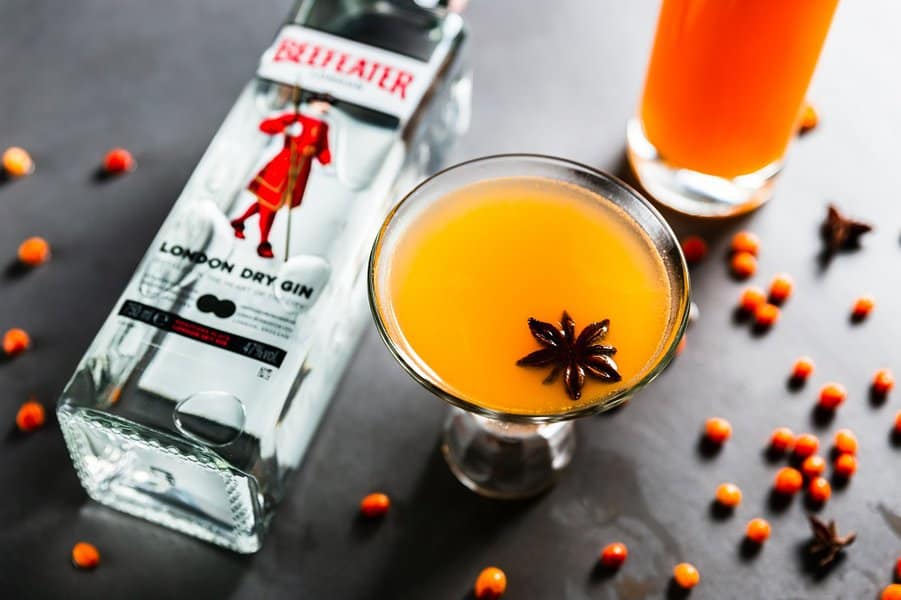 10 Different Types of Gin You Need To Try

Over the last decade, gin has become the drink of choice for many people. Statista has revealed gin now has the fifth highest sales volume in the US spirits industry, which is massive for a drink traditionally consumed in England. Revenue from the sales of gin is up 3%, with $13.39 billion in sales throughout 2022. This is set to grow another 7.63% by the end of 2022. In short, people love gin. But why?

There are a number of factors surrounding the spirit’s popularity. First, there’s gin’s versatility as a spirit. As there are many different types of gin available with a variety of tastes, it gives consumers options. This also makes it a great addition to any cocktail, with mixed drinks now being consumed by people more than ever. Once seen as a drink for those with money, cocktails are much more affordable and enjoyed by everyone from the businessmen and businesswomen on Wall Street to college students looking for a tasty beverage.

Gin is also a much healthier drink than beer or wine, with a lower number of calories. Then there is pop culture that has positioned gin as the drink of choice of the rich and famous. James Bond made gin cool in the 60s with the creation of the Vesper Martini (“Three measures of Gordon’s, one of vodka, half a measure of Kina Lillet. Shake it very well until it’s ice-cold, then add a large thin slice of lemon peel. Got it?”) and it has been featured in a string of popular movies, with Leonardo DiCaprio enjoying the drop in The Great Gatsby.

Like most spirits, gin is made via the distillation process, with neutral grain alcohol used as the base. Juniper berries and other botanicals are then added to give each gin a unique flavor. While it still rules the English spirits market, with 1,722 different gin brands on offer, America is slowly closing the gap, with 702 gins now readily available.

So now you have a little background on gin and its recent surge in popularity, here is a look at ten different types of gin for you to try and hopefully find the one that suits your tastebuds. Cheers! 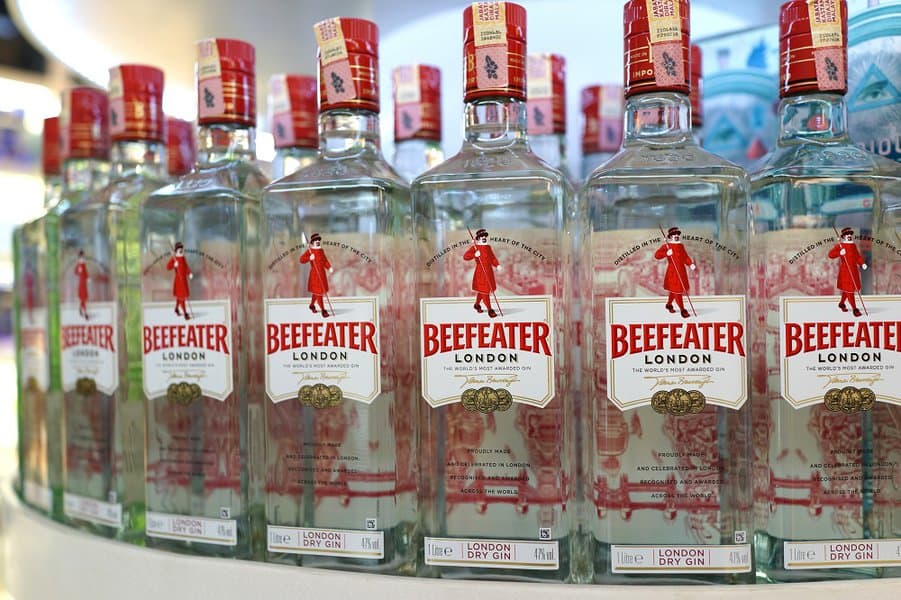 When it comes to the original, London Dry Gin is the one and only. It’s made using very strict rules, and despite the name, it doesn’t have to be distilled in London to be classified as London Dry Gin. It is created using the re-distilled process, meaning it is made with a distilled spirit (usually neutral grain) as the base with junipers or botanicals added at the same time as the distillation process. It must be a clear liquid with no artificial ingredients allowed and have an ABV of at least 37.5%.

The result is a gin with a heavy taste of junipers (the bitterness you taste in a gin) with a lighter finish that makes it ideal for cocktails. It’s often the type of gin you will find in most bars as a house gin due to its versatility.

An offshoot of London Dry Gin is your Classic Dry Gin. Both use similar ingredients, just that with a Classic Dry Gin you can add the junipers or botanicals at any stage of the distillation process. You can also add natural flavors and food colorings but it still needs to have a minimum bottled strength of 37.5% ABV.

Popular brands: Plymouth Gin (it’s the only one but is available in five different flavors)

Unlike London Gin which can be made anywhere in the world, Plymouth Gin must be distilled in the town of Plymouth. There is only one current distillery in all of Plymouth that makes this gin, defined by its strong citrus taste with spicey elements. This flavor comes from the use of Orris roots that gives Plymouth Gin its sweet and spicey finish.

The name of this gin has nothing to do with how slow or fast it’s made. It gets its name from the sloe berry that is used during the distillation process. The sloe berry gives the gin a darker color and a much sweeter taste than regular gins. Along with the sloe berry, sugar is also added and the mixture is distilled for several weeks or months, giving the gin its fruiter end taste. This flavored gin must also have a minimum ABV of 25% to be considered an official Sloe Gin.

Due to the strong flavors, Sloe Gin is best drunk on the rocks or with tonic water. That said, there are some great Sloe Gin cocktails for those feeling adventurous.

Fun fact: Sloe Gin is technically a liqueur, but the addition of the word gin was added to allow it to be part of the gin family. 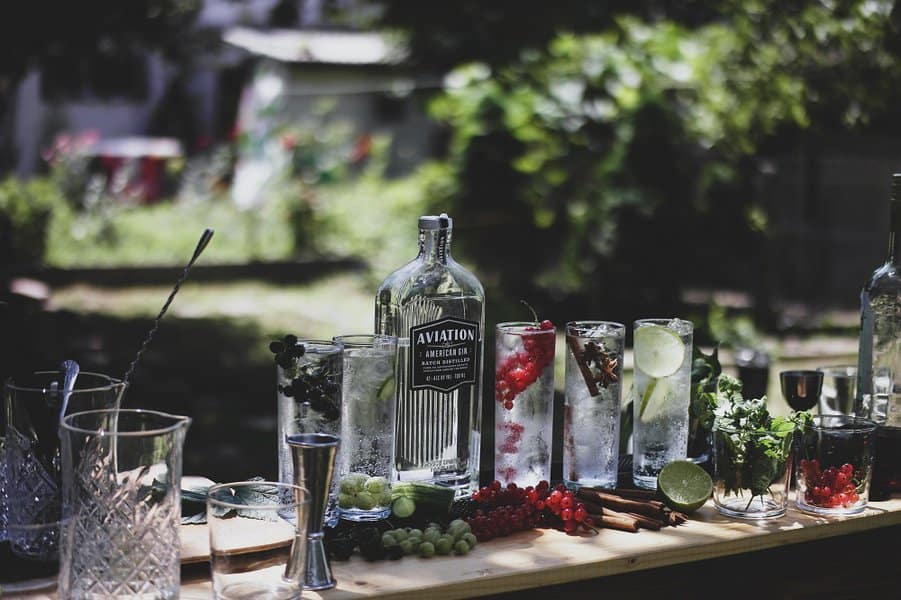 This is a new type of gin that has only been making waves recently thanks to a slew of American gins becoming popular. The name New Western Gin (also known as New Western Dry Gin) was coined by bartender Ryan Magarian, one of the co-founders of the best-selling Aviator Gin.

New Western Gin uses less juniper, which has outraged some gin purists, giving way for much more experimentation with other botanicals. This allows the botanicals to flourish, with the likes of cucumber (Hendrick’s Gin), orange (Aviation Gin), and grape (G’Vine & Nordés) becoming key flavors instead of the juniper berry.

New Western Gin is somewhere between vodka and bourbon and fast becoming a new alternative for spirit drinkers. It’s also great for when making a gin cocktail.

Old Tom Gin dates back to the 18th century and gets its name from the nearby Tom Street where it was distilled. According to gin expert Nathan O’Neill, who chatted with Bon Appetit about the gin, it was originally a pretty disgusting drink. It was made by people in their homes using their bathtubs as a distillery. “They would have used things like licorice or a sweetening agent to actually sweeten the gin,” O’Neill claims. “So it became known as bathtub gin, that style. Old Tom was originally a sweetened style of gin that was produced and it came around the middle of the 18th century, and Old Tom was the street name for the gin.”

These days Old Tom Gin is much more of a refined product, and despite still containing licorice, it doesn’t taste like the sweet. It uses high-quality ingredients and doesn’t usually have any flavors or ingredients added after the distillation process. This makes it great for cocktails, such as a classic Tom Collins or an Old Tom Martini. 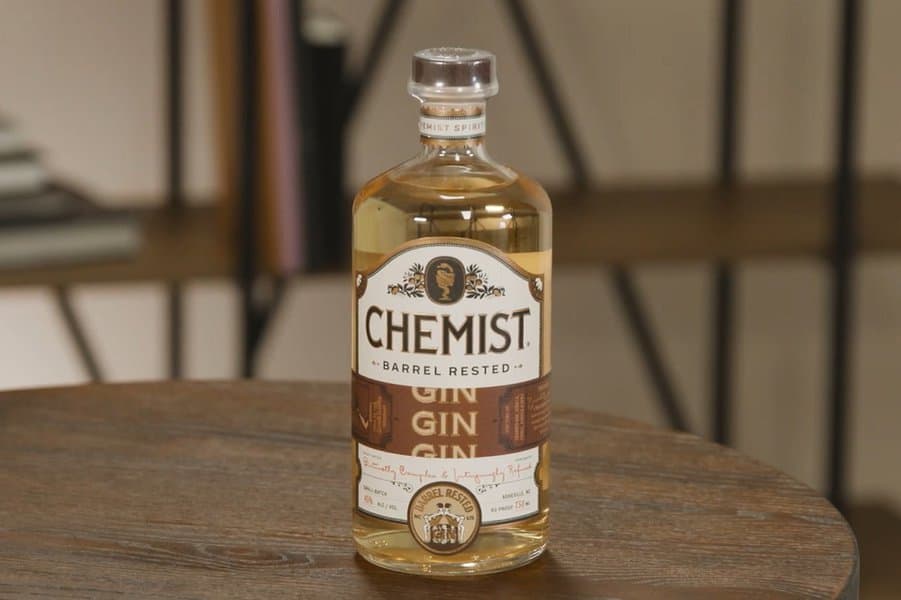 As you can probably imagine, Barrel-Aged Gin is a gin that has been aged in barrels. Pretty self-explanatory really. It’s a newer way of distilling gin and gives the final product a distinct oak or ash taste, due to the use of port, wine, or bourbon barrels. The gin itself is distilled like normal, but once that process is finished, the liquid is stored in barrels anywhere from a few weeks to a few years.

As mentioned, these types of gins have a much more woody or smokey flavor and are somewhere between a gin and a bourbon. This makes them great for cocktails such as a Negroni or an Old Fashioned. 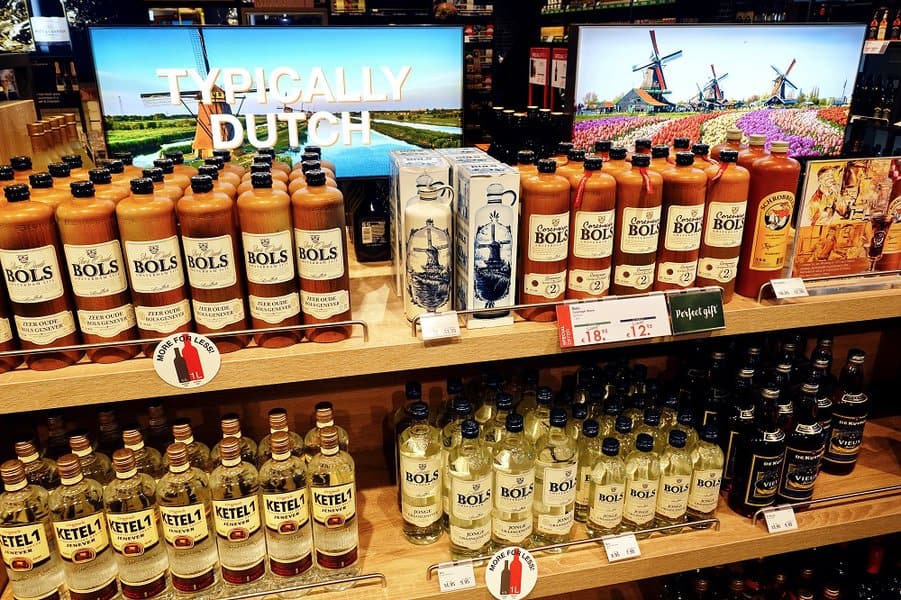 This is another region-specific gin that has been around since the 16th century. It can only be distilled in Belgium and Holland and parts of Germany and France. Genever Gin is similar to whiskey, as it’s made using malt wine (distilled corn, malted barley, and rye), giving it a malty, smokey taste. It’s often cask aged for several years, only adding to the whiskey flavor.

There are two types of Genever Gin: Oude (old) and Jonge (young). Old Genever is close to the original recipe and quite sweet, while Jonge Genever has a sweeter taste. While it can be drunk straight, it’s another gin that works best in cocktails.

There was a time when gin was mandatory on all British Royal Navel vessels, but not for the reasons you are probably thinking. It was made with a very high ABV (57%) and stored next to the gunpowder on every ship. The reasoning behind this is that if the gin spilled, due to the high alcohol content, it wouldn’t contaminate the gunpowder.

While not as popular as other gins, Navy Strength Gin is becoming a thing. The increased ABV means it has a much more enhanced flavor and a creamier mouthfeel, which is something most gins don’t have. The stronger flavors and alcohol content can make it harder to drink straight, so use it in cocktails to give them that extra bump. 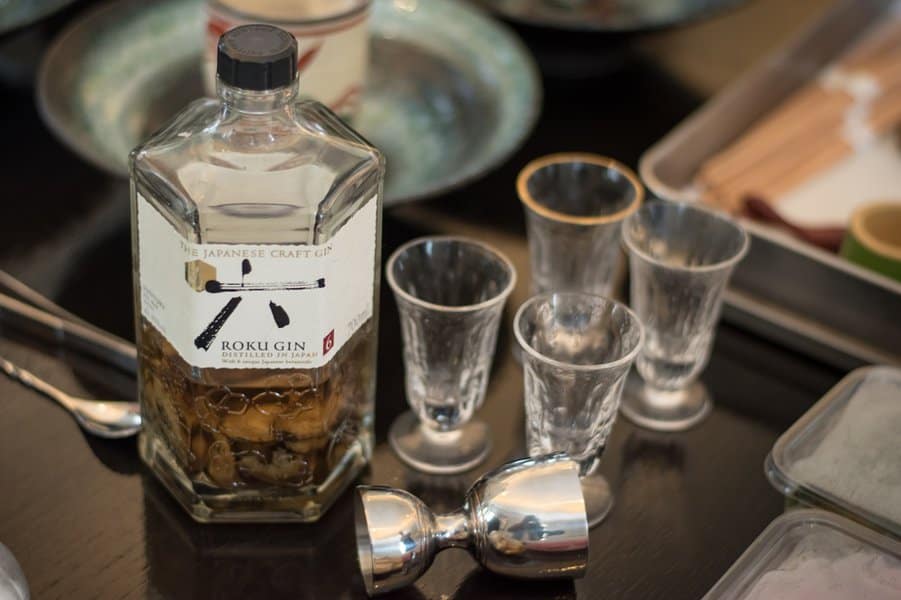 Ok, so Japanese Gin isn’t exactly reinventing the wheel when it comes to unique types of gin on the market, but it is slightly different from your typical dry gin. Most Japanese Gin uses neutral grain spirits made from rice, barley, or corn, giving it a crisp taste. Japanese Gin also often uses different botanicals than your standard gin, with the likes of Japanese tea, bamboo, and cherry blossom added to give each drop a distinct flavor. This makes it a great gin for those looking to try new flavors or something a little different.

“What I love about these Japanese gins is how distinctive each one is,” Natasha Bermudez, head bartender at Manhattan’s Llama San, told Punch. “If I’m going to carry a bunch of gins, I don’t want repetition.”

The rise of Japanese Gin has coincided with gin’s worldwide appeal, with many more bars Stateside now stocking a variety of Japanese Gins for you to try. 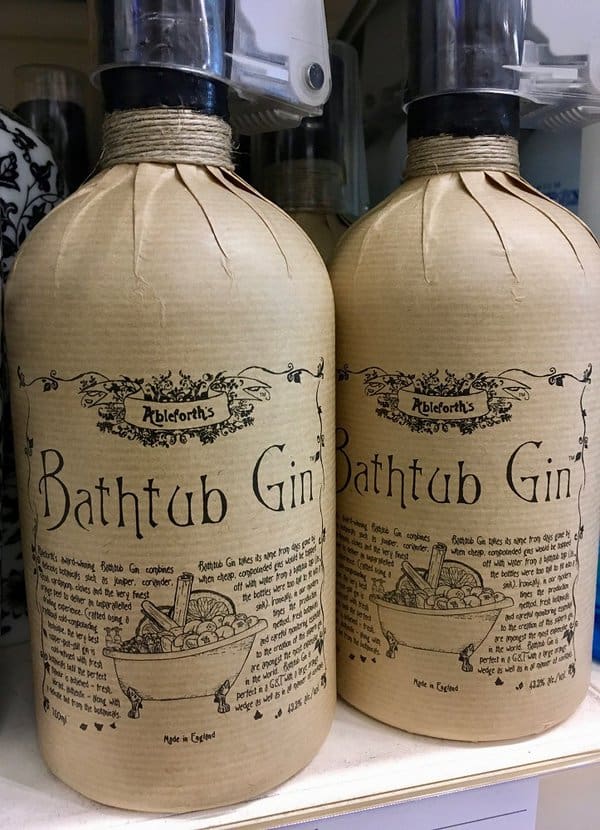 If you’re drinking a Cold Compound Gin you probably need to check yourself. Also known as “bathtub gins,” they are made by flavoring a neutral spirit with some form of botanical or juniper flavoring. There is no distillation when it comes to Cold Compound Gin, so it’s basically like drinking flavored alcohol made in a lab. Your best bet is to stay away from these gins, but if you want something cheap and nasty, then go for your life.