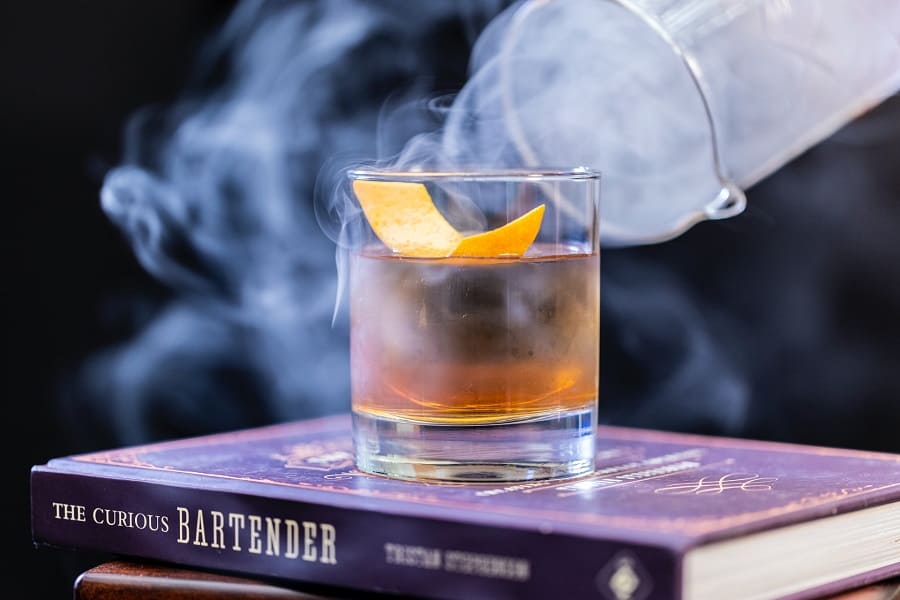 Whiskey vs Scotch – The Complete Guide

In this article, we’re diving into one of the most complex types of alcohol on the market – whiskey. Whiskey is the preferred alcohol of many men around the world. But walking into the whiskey section of a liquor store can be quite overwhelming. Why are there so many types of whiskey? Scotch, bourbon, rye, what’s the difference?

In this guide, we’re outlining the basics. We’re answering your basic questions about scotch vs. all other types of whiskey, and giving you a beginner crash course on this exciting area of liquor. 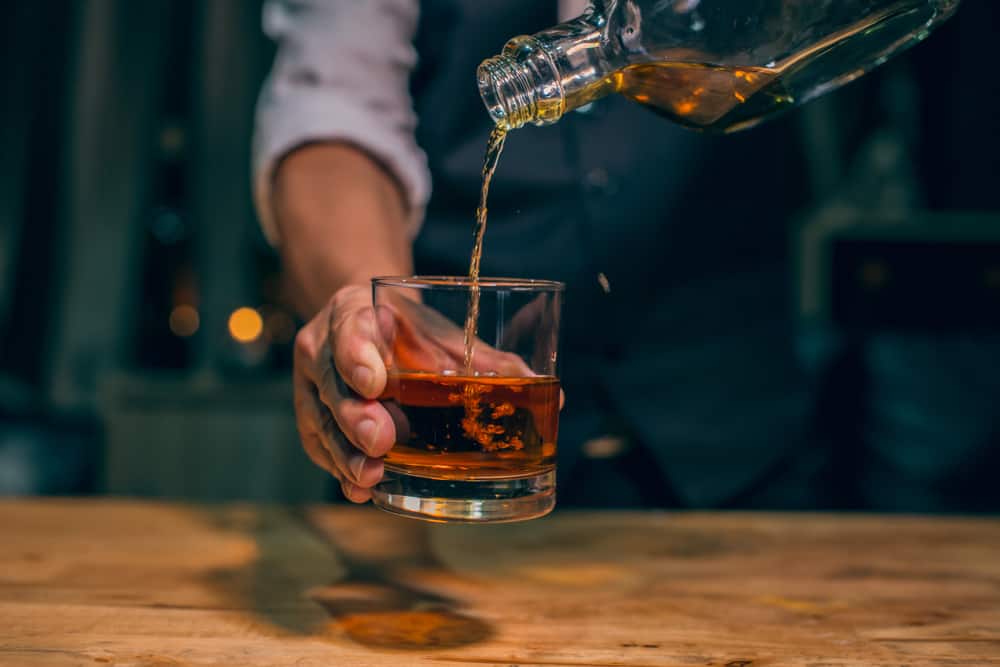 First thing’s first, exactly what is whiskey? At it’s most basic level, whiskey is a type of spirit which is made from fermented grain mash. Whiskey is a broad category of liquor. Bourbon, scotch, and rye are actually all types of whiskey. One of the main differences in each category of whiskey is which grain is used to make it, but we will cover this in more detail below. This goes to show just how versatile and broad this category of spirits is.

With that being said, let’s jump in to the types of whiskey. 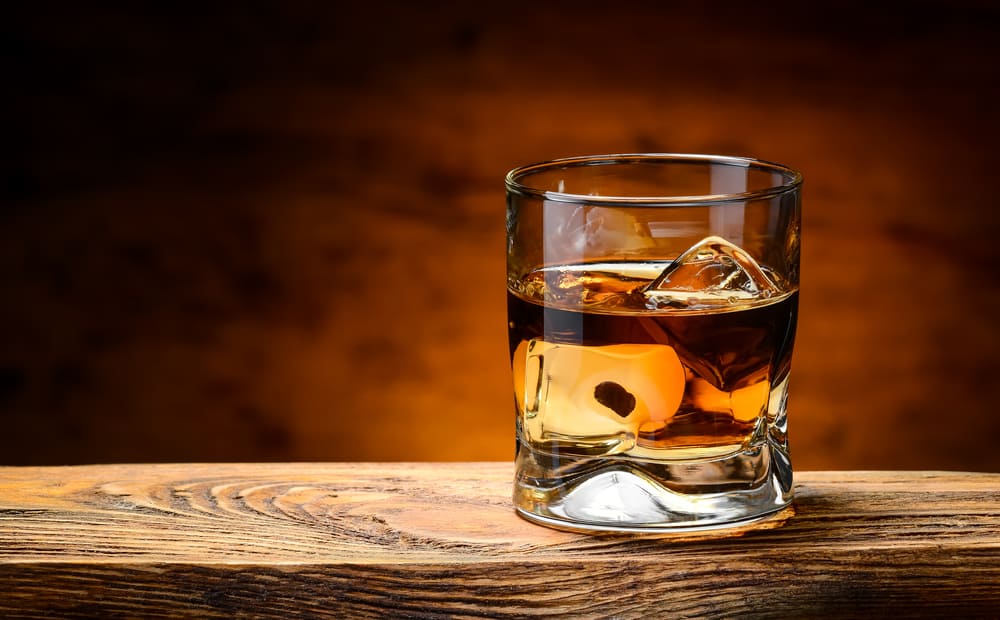 As mentioned above, whiskey is a general term which represents a type of spirit that is made from fermented grain mash. Within this broad category, there are several types of whiskey which you may be familiar with – including scotch, bourbon, rye, Irish whiskey, and more. 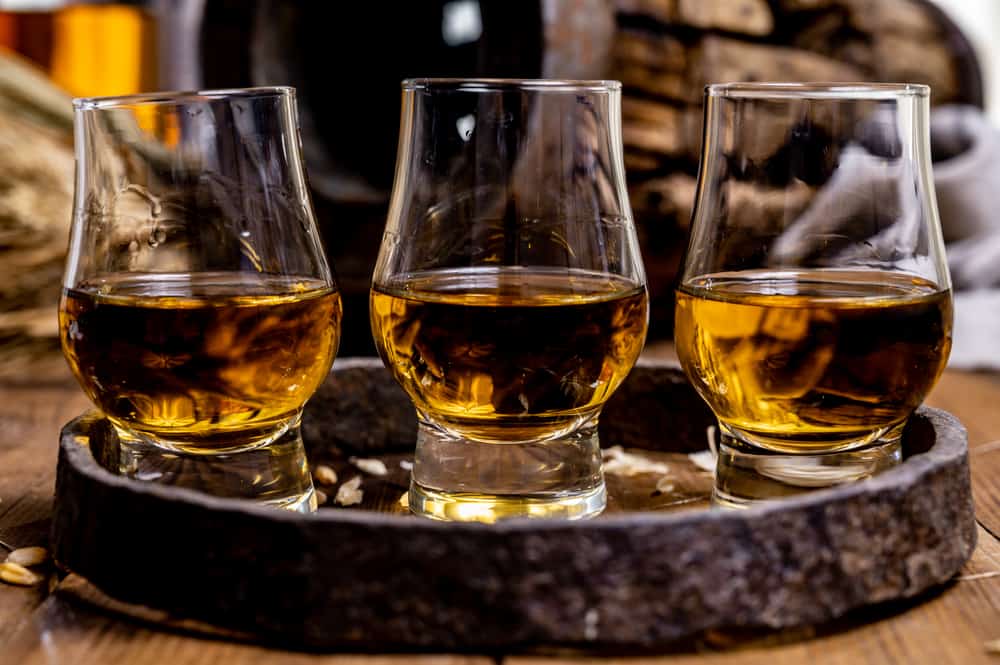 As a novice whiskey drinker, you may be wondering what exactly is the difference? In this section, we’re running down the basic differences, so that you can order your drinks like a pro.

Since this article was titled scotch vs. whiskey, we’ll first explain what scotch is. Scotch whiskey gets its name because it is most often made in Scotland, and must be done so in a manner according to Scottish law. This is the only way that a whisky can be considered scotch.

Scotch whisky is either malt whisky or grain whisky. Malt whisky is made of a fermented mash which is largely comprised of malted barley. Malt has a very distinct taste, which many describe as rich and flavorful. Grain whisky is any whiskey which is made from any grains aside from malted barley. Scotch can also be a blend of both of these types, and is known as “blended” scotch. 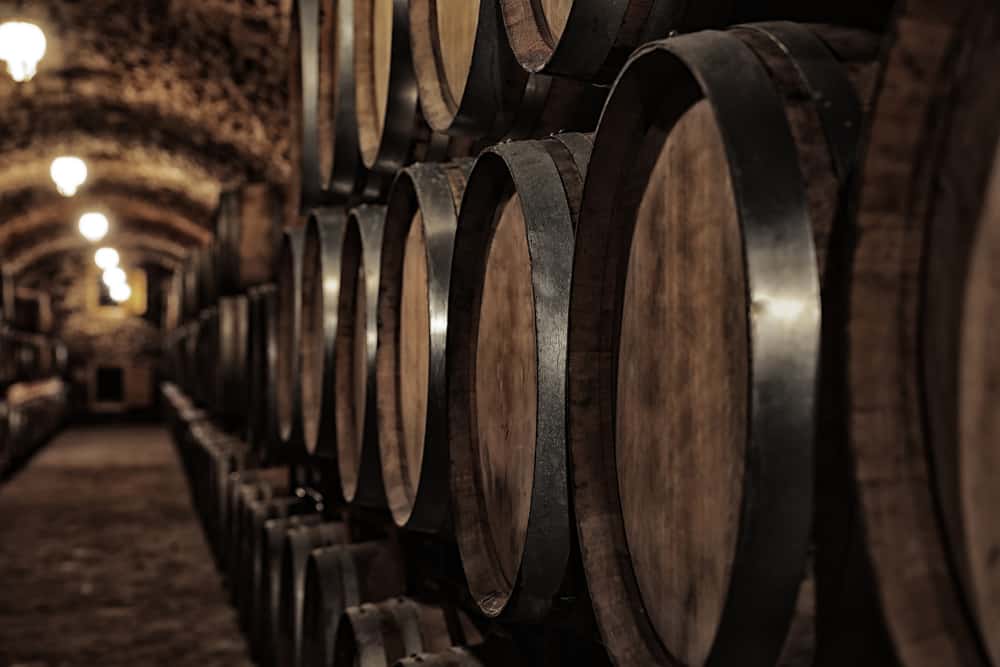 To understand scotch like a pro, you should be familiar with the main types of scotch. You may have heard some of these terms before:

Single Malt Scotch: Single malt refers to scotch which contains one type of malt (which is a special type of dried grain). That one grain is barley. Single malt scotch is also produced in individual batches.

Single Grain Scotch: Single grain scotch is also produced in individual batches, but it might contain barley or another type of grain.

Blended Malt Scotch: Blended malt scotch is a blend of two or more single malt scotches. These Scotches might even be made in separate distilleries.

Blended Grain Scotch: Blended grain scotch is a blend of two or more single grain scotches. Once again, these might even be made in different distilleries.

Blended Scotch: Blended scotch is a blend of at least one single grain scotch, and one single malt scotch.

As you can see, it gets a little complicated! As a novice scotch drinker, you don’t necessarily have to worry about knowing all the ins and outs of scotch making and scotch production. Even experienced scotch drinkers tend to not know everything about this. Knowing the basics is fine. It also helps to sample a few types of scotch, so you can have a “go-to” brand which is elegant and respectable. You can’t go wrong with a nice Glenfiddich. 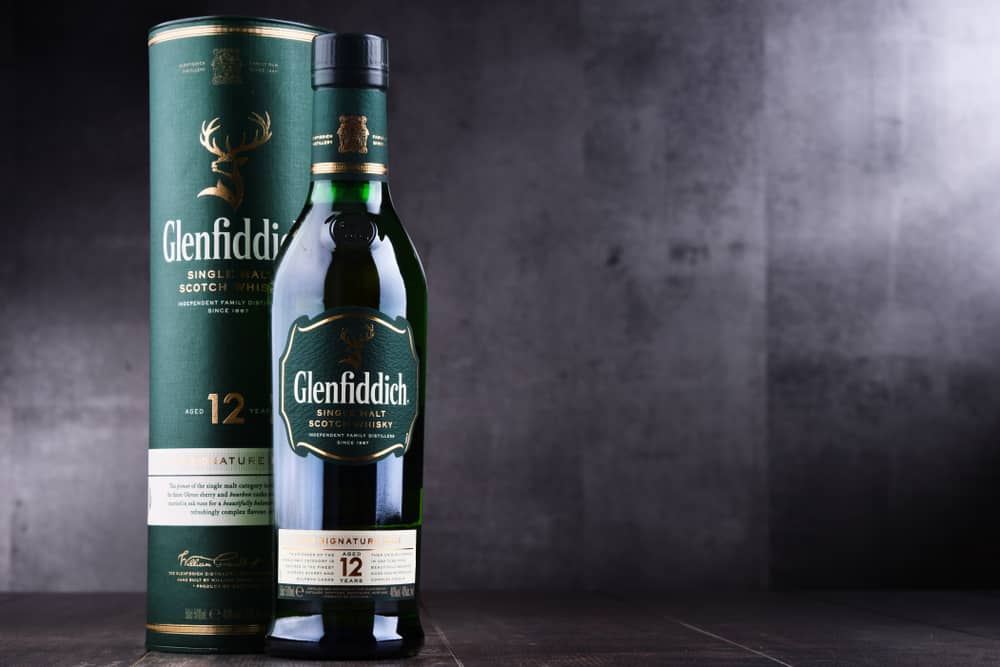 Next up is bourbon. Bourbon is another one of the major categories of whiskey. A favorite in America and around the world. The most famous region for bourbon distilling is definitely in Kentucky.

Bourbon is distilled primarily with corn. The precise process is once again too complicated for a beginner article, but bourbon is typically also barrel aged. There are a precise set of American laws that dictate the production process for whether or not a spirit can be called bourbon. It is actually a popular myth that bourbon has to be made in Kentucky.

In terms of taste, Bourbon is often described of having a richer and sweeter taste in comparison to scotch. It gets much of its flavor from the charred barrels in which it is aged. This has lead some to consider it as having a “smoky” taste.

As with scotch, there are many types of bourbon. As a beginner, we once again recommend you sample a few and develop some favorites. You can’t go wrong with an American classic like Bulleit Bourbon. 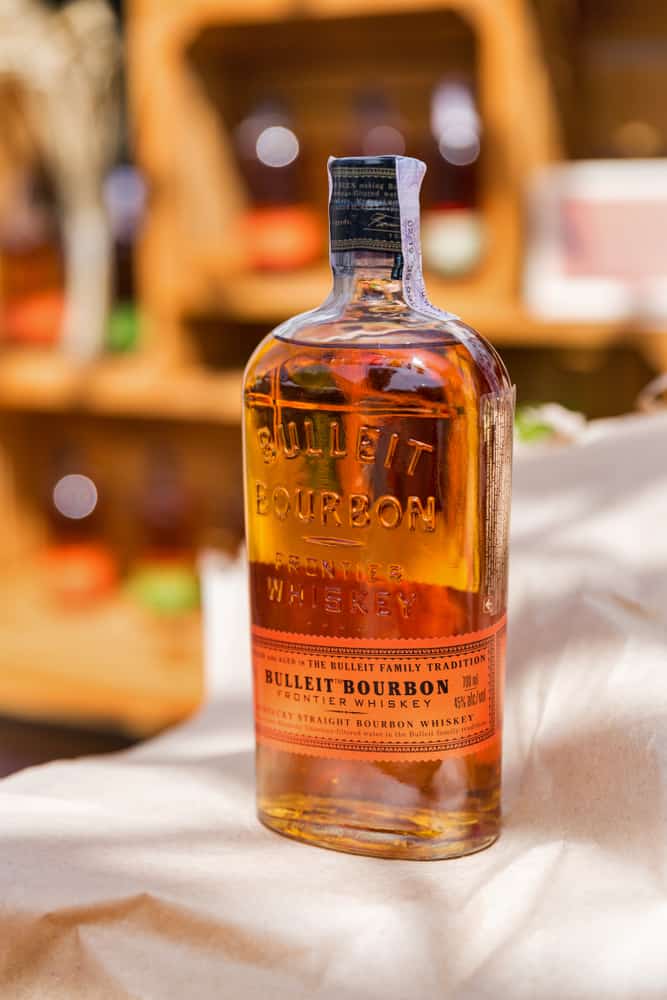 Rye is the third major type of whiskey that you’ll encounter on your liquor journey. Rye whiskey’s production process is similar to that of bourbon, but it must (by USA law) be made with at least 51% rye grain. As a result, you will see many bourbon distillers also offer a brand of rye (such as Bulleit Rye). 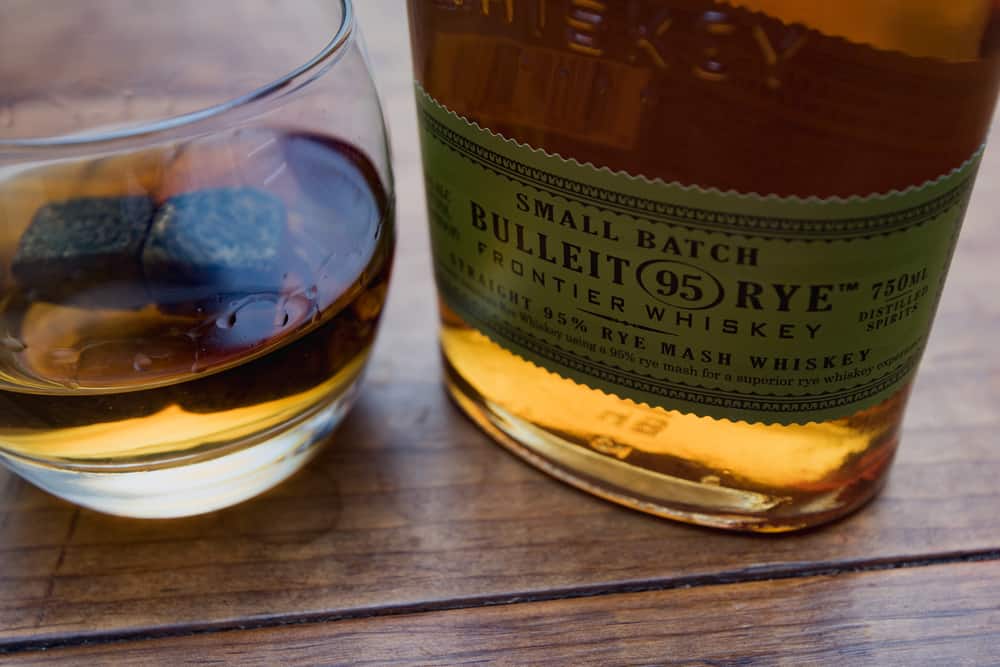 Rye may also refer to Canadian whiskey, which is colloquially referred to as rye whiskey as well. Canadian whiskeys are less specific in their manufacturing process, and are often a blend of different grained whiskeys. The typical flavor profile of a Canadian whiskey is smoother and sweeter than their American counterparts, although it really depends on the type that you purchase. Popular choices include Canadian Club and Crown Royal.

Rounding out our list of whiskeys, we have Irish Whiskey. This is a whiskey which is made in, you guessed it, Ireland. Irish whiskey is typically characterized by it’s “smoother” and less “smoky” taste in comparison to Scotch. Irish whiskey is made using different grains, but does have to follow a set of laws outlined by the Irish government (including that it must be aged at least three years).

Once again, it really comes down to personal preference. Try out an Irish whiskey and compare it to your favorite scotch. It is often considered a better choice for novice whiskey drinkers, as it lacks the smokiness and intensity of many types of scotch. A popular brand of Irish whiskey is Jameson. 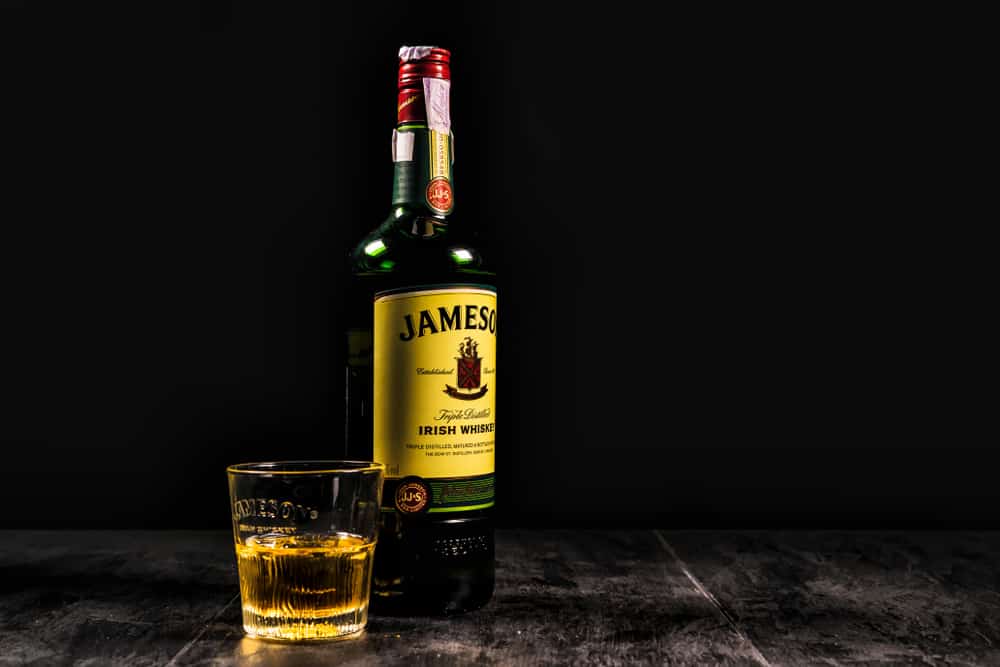 Now that we’ve outlined all the major types of whiskeys, you might be left with one question – which type of whiskey is for me? Of course, this is very much personal preference. Additionally, as with many types of liquors, it is often an acquired taste.

We have done our best to outline the flavor profiles of each type of whiskey in our article. But, as is the nature of writing, there is no substitute for the real thing! You’ve got to try these whiskeys yourself to truly decide on your favorite. So the next time you’re at a bar or at the store, try picking up a variant of whiskey you’ve never tried before. You might just discover a new favorite! 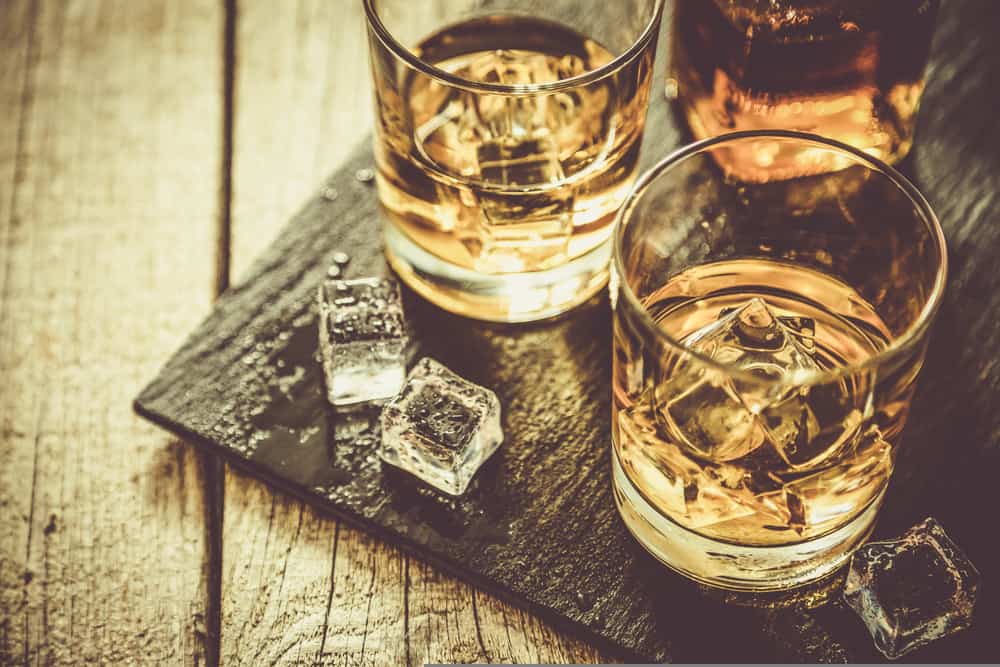 Since scotch was the primary focus of our article, we thought we’d round out our guide with some quick tips on how to drink scotch like a pro.

Drinking scotch is a little bit of a process, much like drinking wine. Firstly, don’t swirl it like wine! This is an unnecessary process in drinking scotch, and might make you look like a bit of an amateur in the eyes of whiskey snobs.

The first step in drinking scotch is to smell it. Smell is so much of how we perceive flavor, and it helps us to experience the whiskey fully. To properly smell scotch, you should open your mouth slightly, and hold the glass up to your nose and mouth. Then, take a small breath in. This allows you to “taste” the scotch with both your mouth and nose. 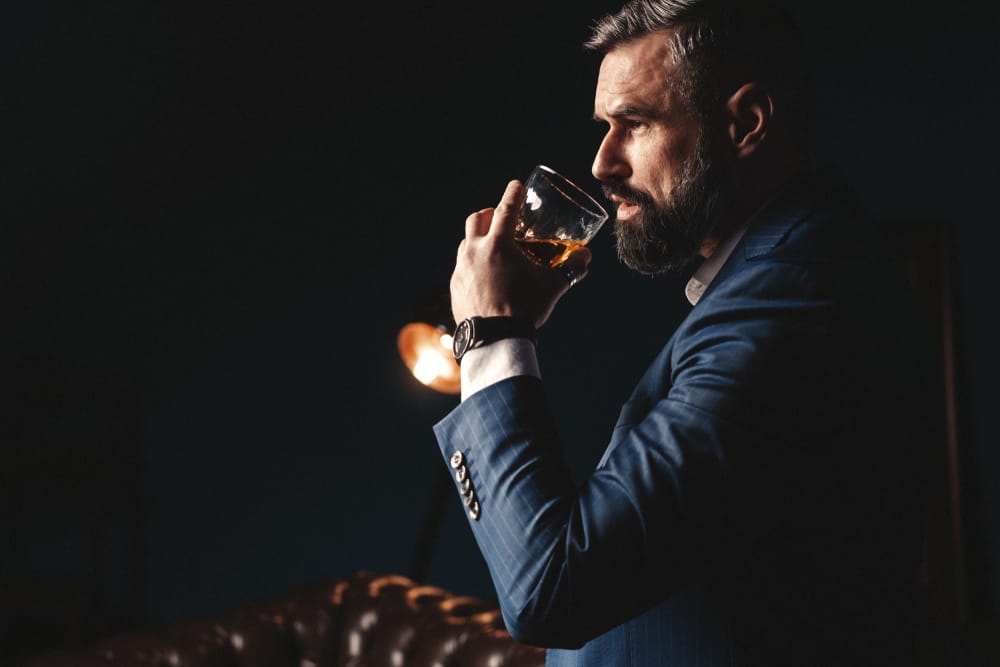 Next, take a small sip, and let it sit on your tongue for a few seconds. This allows you to fully taste the scotch, soaking up all of its flavors.

And finally, savor it! A scotch is an experience. So take your time with it and enjoy every sip!