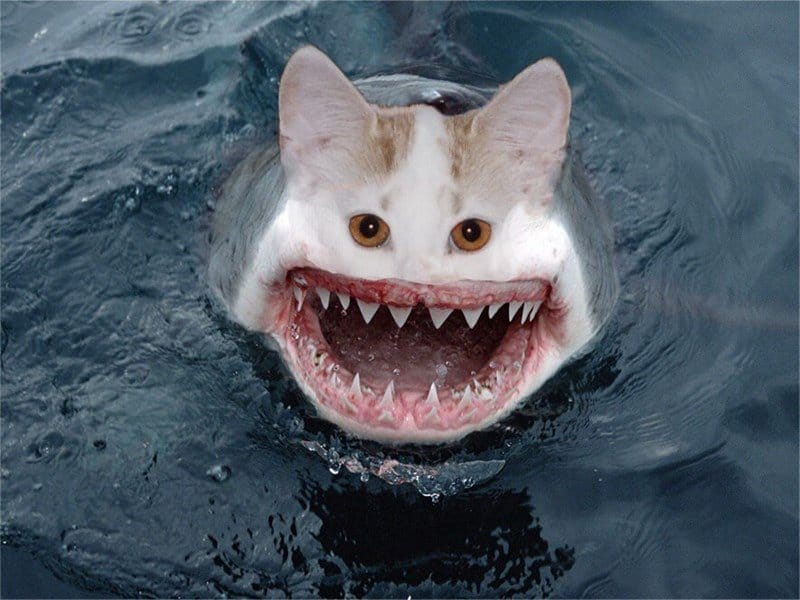 20 Hilarious Cursed Images That Will Creep You Out

Photos are a great way of capturing memories of places, people, and events. But they can often inadvertently result in some hilarious cursed images that will make you have a second look. These photos aren’t necessarily “cursed” in the way a witch puts a curse on someone. These are photos that are mysterious, creepy, mind-bending, and head-scratching.

Some cursed images are organic, capturing strange events or happenings, while others are staged or photoshopped. No matter how they are created, what these cursed images have in common is the puzzled or creeped-out vibe they will make you feel.

20 Hilarious Cursed Images That Will Creep You Out 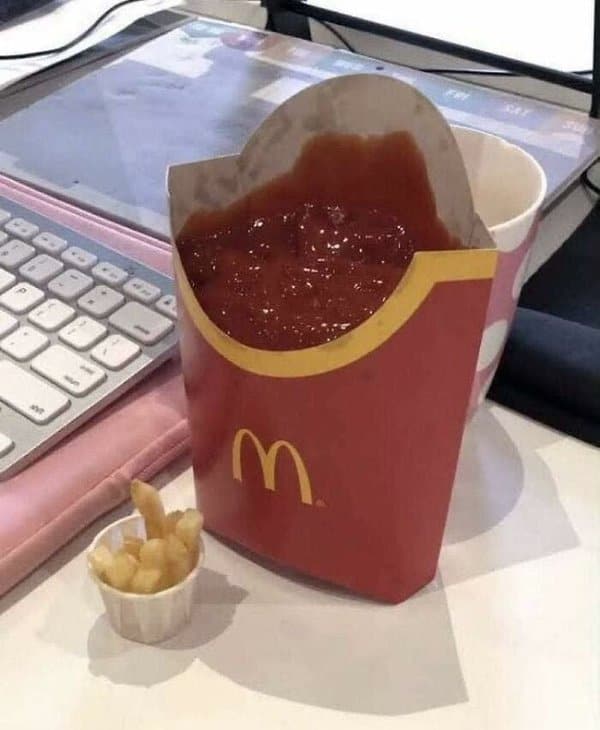 Fries with sauce are great, but not when you have this much sauce. 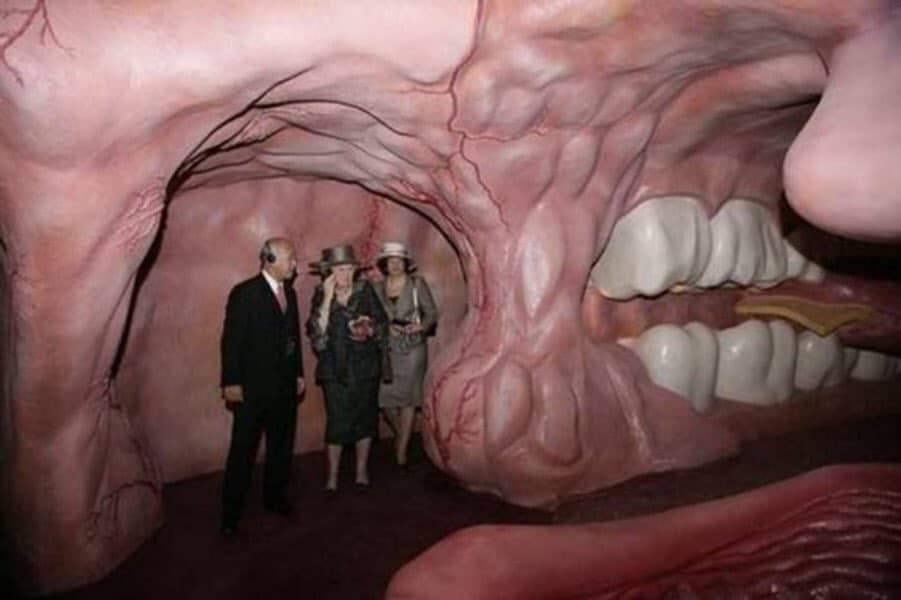 Not quite sure what is going on in this cursed image, but it appears to show people walking through some sort of mouth maze. There’s a set of chompers on the right-hand side and what appears to be a pair of tonsils hanging down from the roof. It’s a very strange photo that doesn’t make much sense. 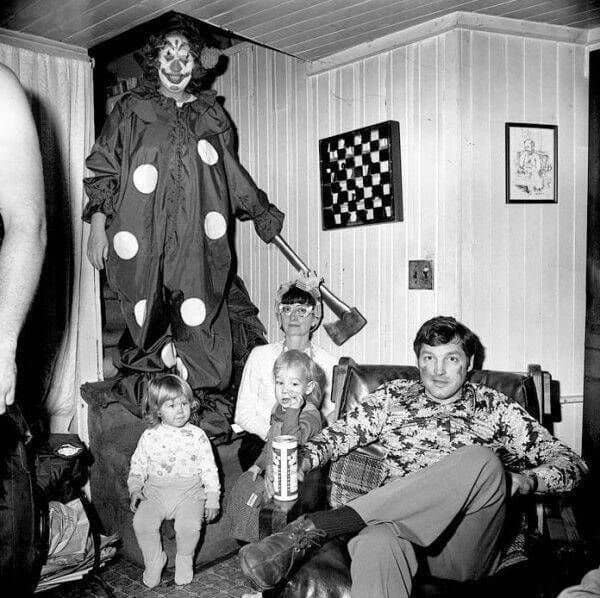 No, just no. This cursed image is a frightening photo of a family relaxing in what appears to be a den. The father has a beer while the kids are sitting near mom. It all looks pretty normal until you notice the clown with an axe standing over them. This cursed image looks like it’s from the latest It movie or an outtake from serial killer John Wayne Gacey’s collection. 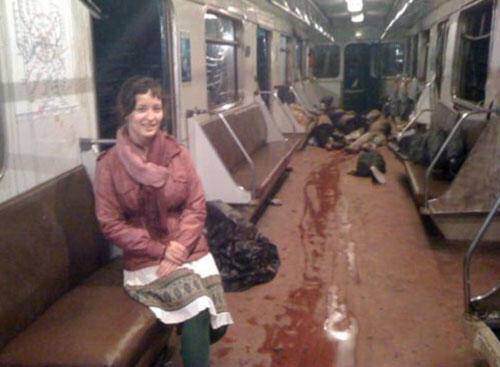 Here’s another image sure to have you shifting uncomfortably in your chair. It shows a lady sitting in a subway car. Nothing strange there. Until you look behind her and see a trail of blood leading to a pile of bodies. Cursed image? We think so. 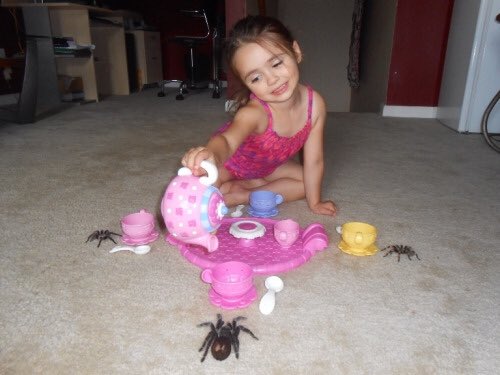 This image is creepy for obvious reasons. While there’s nothing wrong with a young girl having a tea party, when she’s doing so with rather large spiders, that’s just plain wrong. Hopefully, nobody was harmed during this cursed tea party. 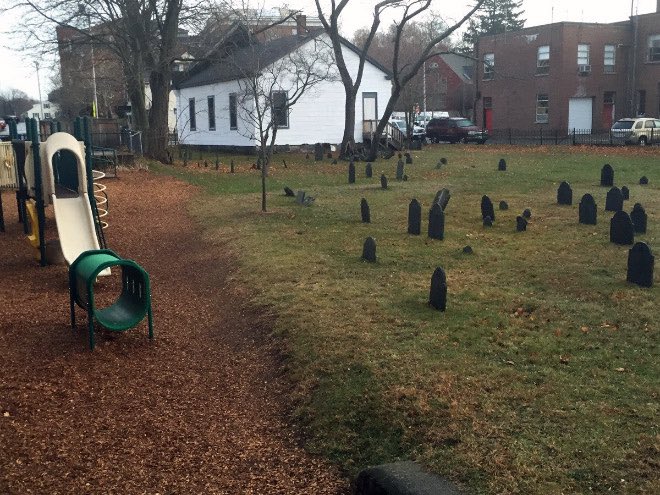 Building a playground next to a cemetery is just asking for trouble. This cursed image is strange and an idea not many people would think is a good one. Hopefully, the kids are staying away from the dead and not filming a silly TikTok video while there. 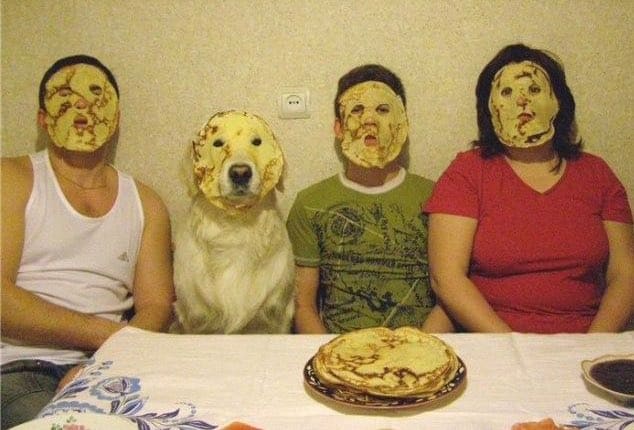 You’ve heard of Leatherface. How about Pancakeface? This family of three (and their dog) decided to wear pancakes on their face for some reason. It’s an image straight out of a horror movie and is the type of cursed content you find on the wide world web. The fact that the dog isn’t trying to eat the pancake is impressive.

This is an obviously photoshopped image, but it’s still one that will have you unsure of what you are looking at. It’s a shark with a cat’s head. This thing in the photo is sure to unease you and make you wonder what’s really in the deep, dark ocean. Or laugh hysterically. 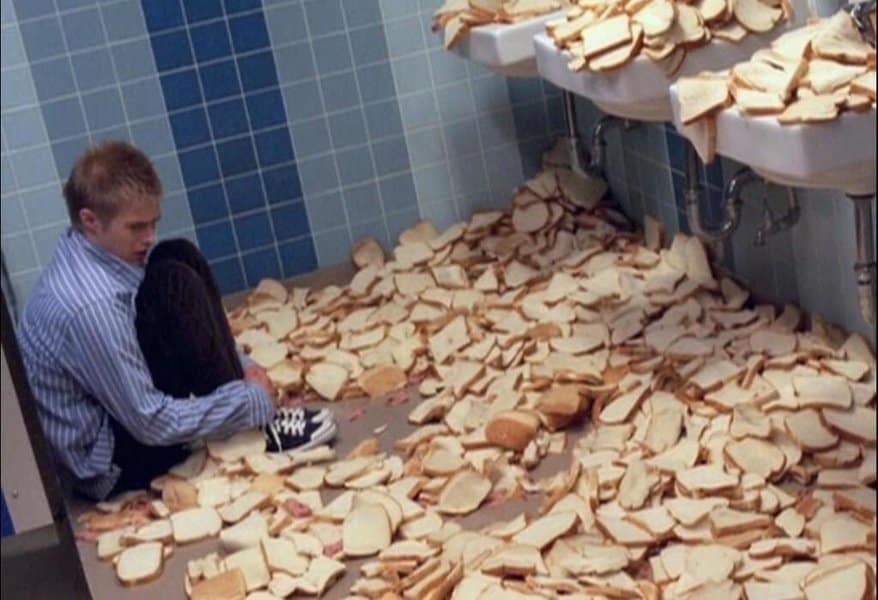 Here is another cursed image that doesn’t make a whole lot of sense. It shows a young lad who appears to be in some form of distress surrounded by pieces of bread in a bathroom. Maybe he’s been cursed by some sort of beard witch? 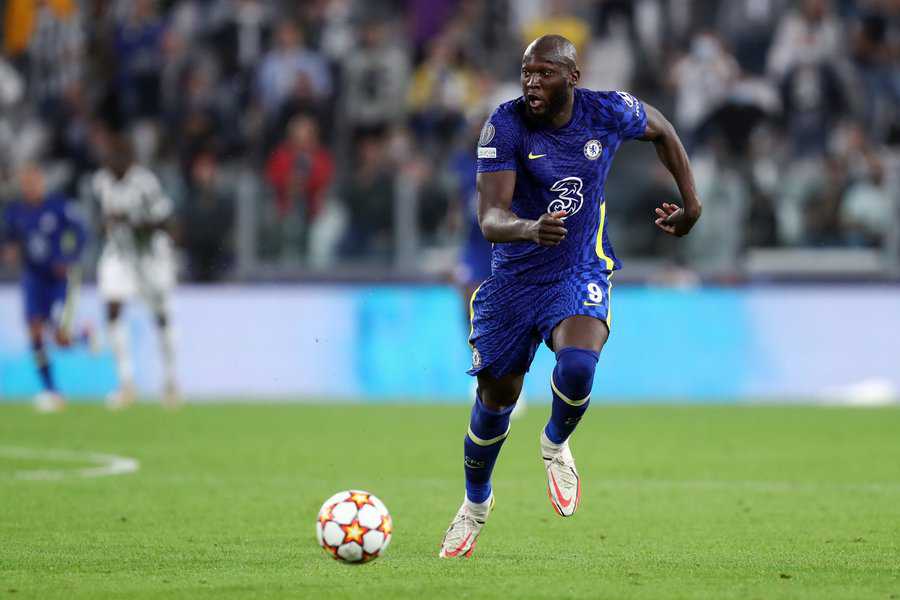 Ok, this one probably isn’t that horrifying to most, but the number nine shirt at Chelsea is seen as cursed by supporters of the famous London club. A whole host of players who have worn the shirt over the years have gone from incredible soccer players to struggling has-beens. The number nine shirt has ended many careers at Chelsea, with Belgium international Romelu Lukaku the latest in a long line of players to wear the cursed shirt.

Arriving at Stamford Bridge as one of the most prolific goal scorers in the world, Lukaku only managed 15 goals in 44 games last season. His form was so bad manager Thomas Tuchel began leaving him on the bench. He’s now gone back to Inter Milan where he scored in the opening game of the new season.

Lukaku isn’t the first to suffer from the number nine curse, with the likes of Fernando Torres, Alvaro Morata, Radamel Falcao, Gonzalo Higuain, Mateja Kezman, and Chris Sutton all falling victim to the curse.

See more about - 15 Disturbing Photos That Will Scare You Silly 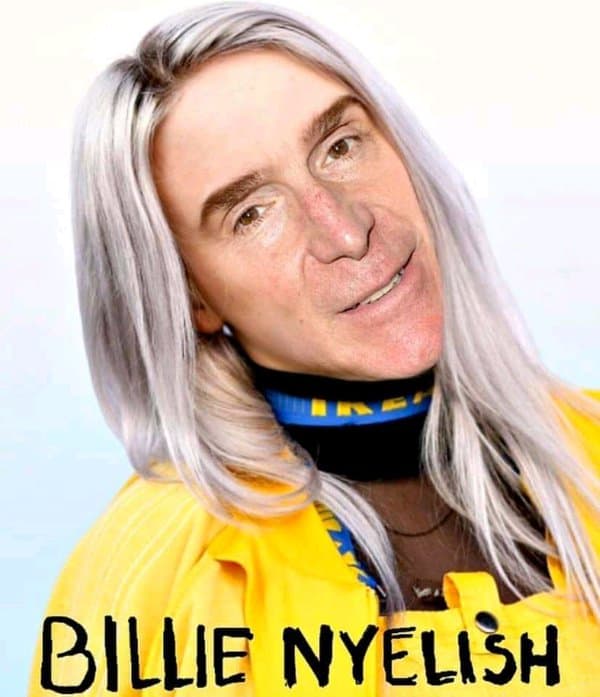 Once you see this you can’t unsee it. Some clever (or depraved) person has created a series of images that combines two different famous people. This one, easily the most disturbing, takes Billie Eilish and mixes her with Bill Nye the Science Guy. It’s a truly cursed image sure to give you nightmares. You can check out more of these cursed memes and images here. 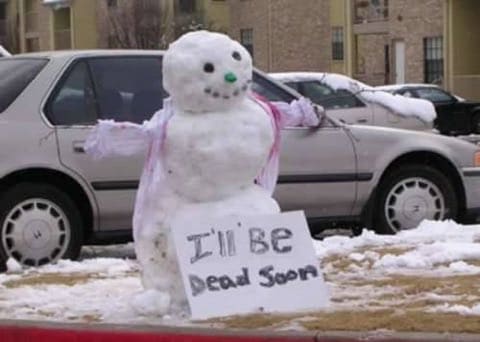 This one is a bit morbid. It shows a snowman slowly melting with a sign proclaiming, “I’ll be dead soon.” While true, this isn’t something you want young kids to see. 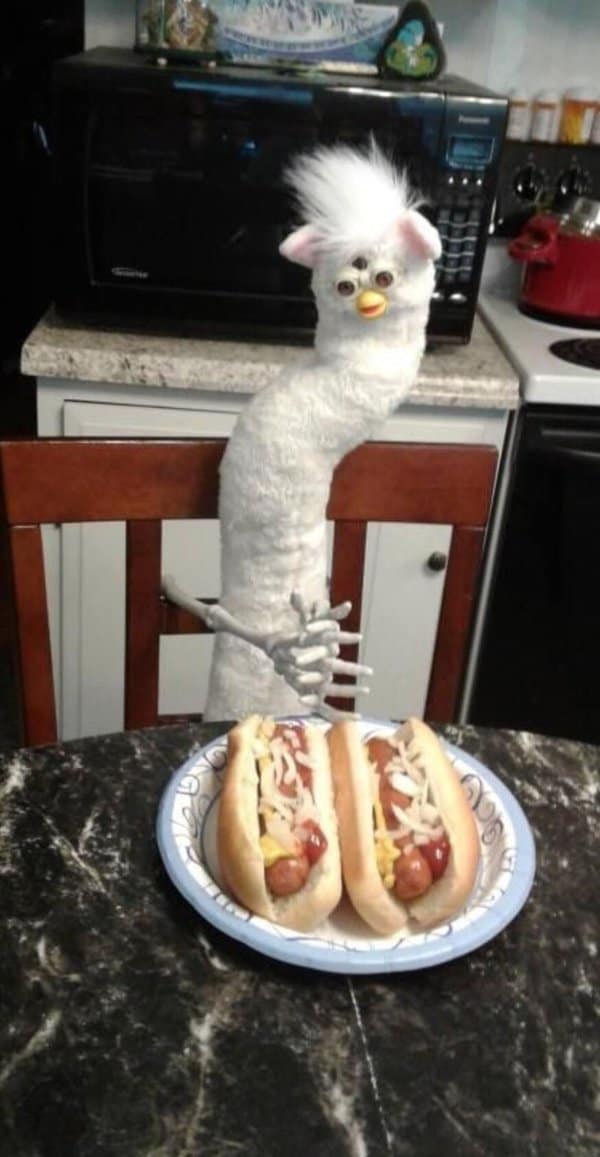 Kids love Furbys. These cute toys are nice and cuddle and fun to play with. This Furby doesn’t fall into that category. It’s got a super long neck, three eyes, skeleton hands, and is about to chow down on some hotdogs. Weird, plain weird. 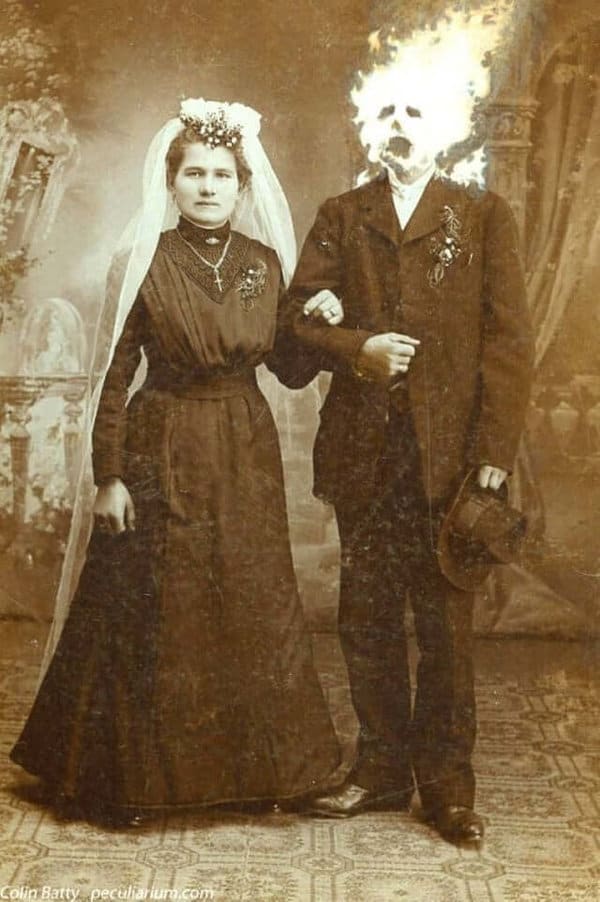 No, not the movie, but this cursed image of a man literally on fire. The image shows what appears to be a couple on their wedding day, with the groom’s head on fire. 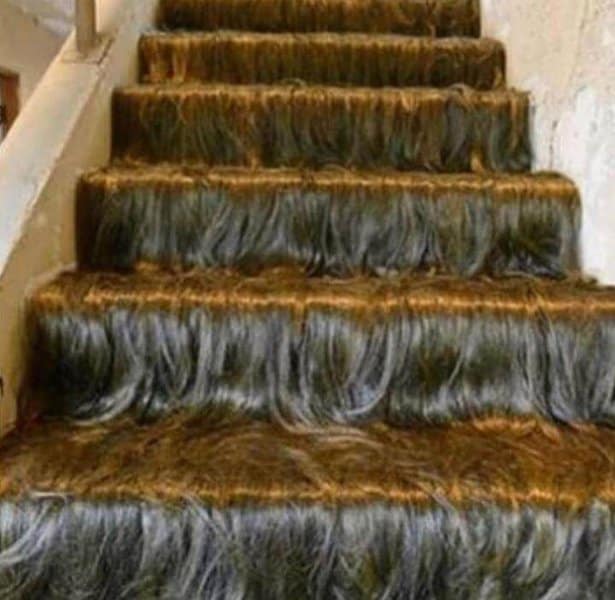 Imagine being faced with this stair climb. Think I’d rather pass and stay on the ground floor. 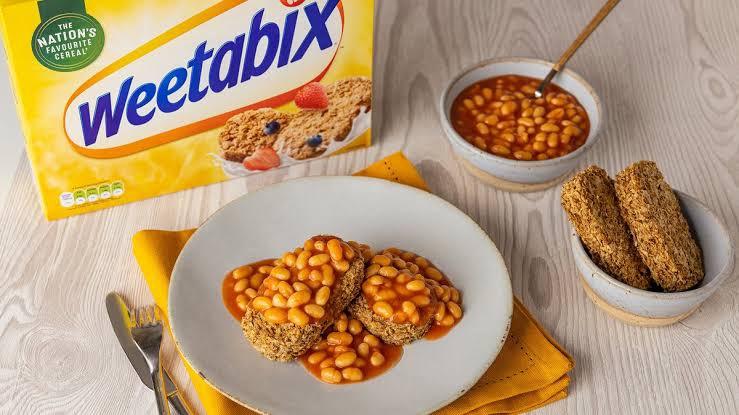 You’ve heard of baked beans on toast right? How about baked beans on Weetabix? Some say it’s the breakfast of champions. Can’t say I agree with that. This is a disgusting picture that makes me never want to eat either baked beans or Weetabix again.

17. Why Feet Should Always Be Covered 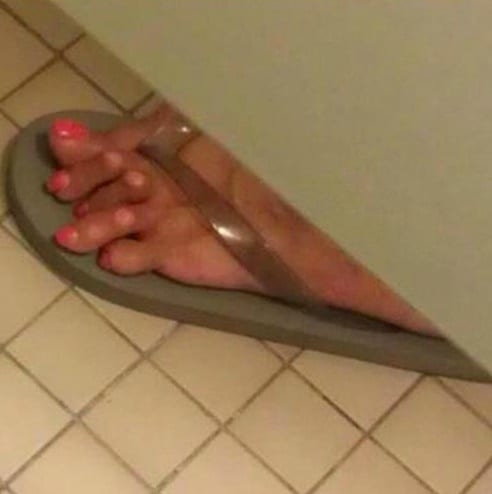 Imagine seeing this while in a public restroom? You’d run like crazy. Even those with a foot fetish will cringe looking at this image. 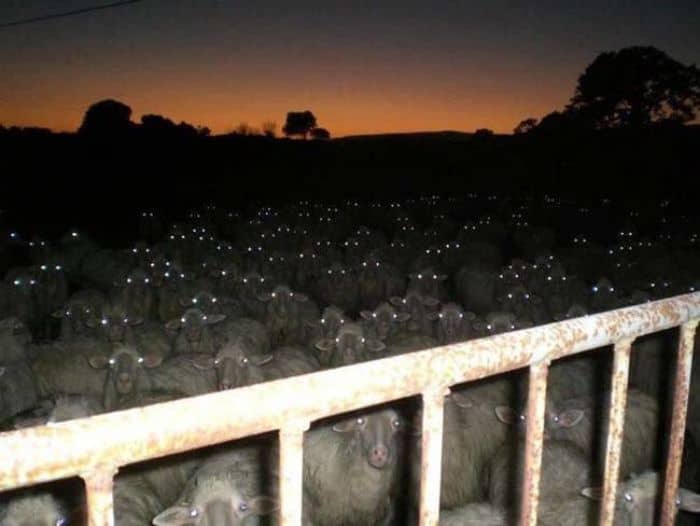 This image shows a flock of sheep gathered together. Nothing weird about that, besides their white eyes that seem to hint at them being cursed. 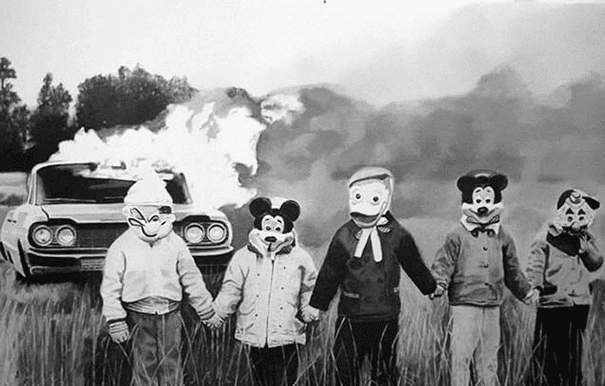 Did you know Mickey Mouse and his Disney friends went through a rebellious stage committing crimes? This cursed image is proof of that, with the crew burning the car they used for a robbery. 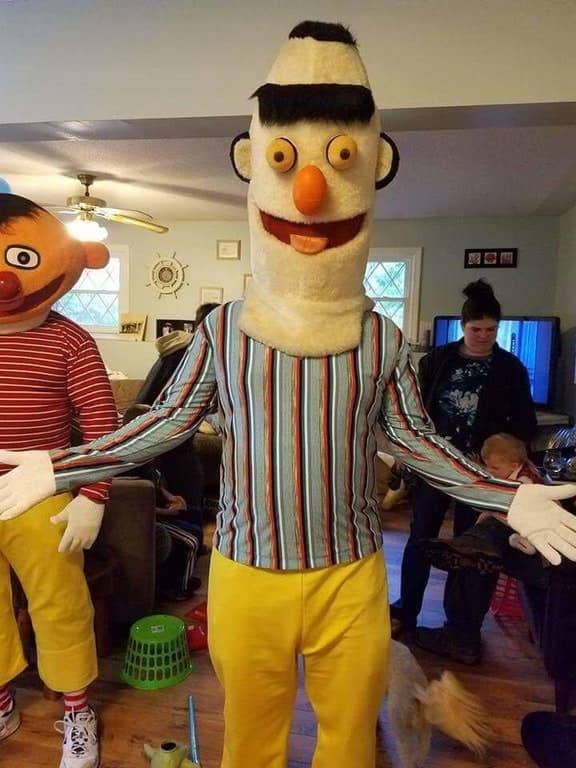 This is the worst Bert and Ernie cosplay you will ever see.