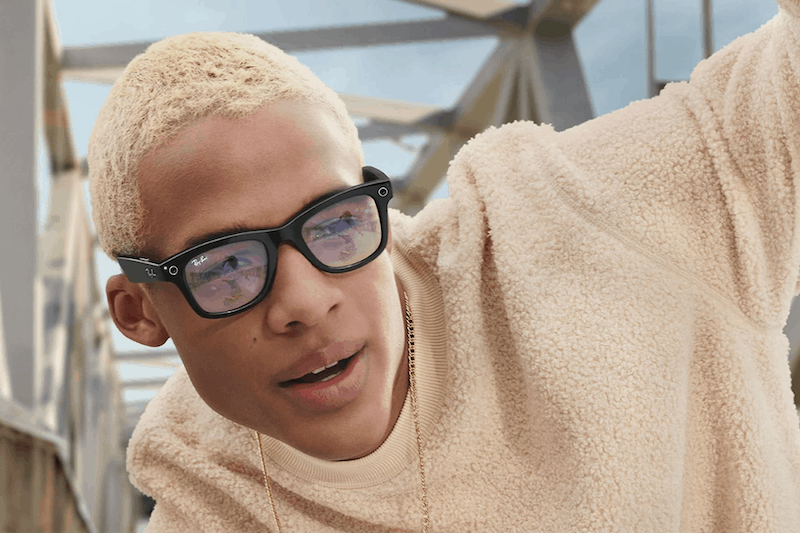 Facebook has finally revealed its much-anticipated range of smart glasses in collaboration with iconic brand Ray-Ban. Named Ray-Ban Stories, an obvious rival to Snapchat’s Spectacles, these high-tech glasses have a ton of special features to bring you into the future.

Available in three styles – Round, Meteor, and the classic Wayfarer – these fashionable glasses allow you to snap photos, record videos, listen to music, and make calls.

The glasses come equipped with two 5MP cameras able to take photos with the quality of 2592×1944 pixels and video that is 1184×1184 pixels at 30 fps for video. There are two micro speakers and three microphones, along with embedded Bluetooth 5.0 and Wi-Fi capabilities so you can listen to tunes and chat on your phone without even having to dial a number.

There’s a small touch space on the right side of the glasses so you can control your music and phone calls, while Facebook Voice assistant is also accessible for those who want a truly hand-free experience. If you’re worried about filming somebody without their consent, the glasses have a LED light on the front that flashes when recording, although you should probably tell people if you’re filming anyway.

You can sync the glasses to the Facebook View app so you can share your audio and visual content on social media without having to worry about uploading your photos and videos to your phone first. There’s enough room for 500 photos to be stored on the glasses so you shouldn’t have to worry about running out of room on a night out

As far as battery life goes, expect about six hours, but be sure to keep them away from water as they are not waterproof.

The Ray-Ban Stories will be available in a variety of colors with a selection of different lenses. America, Canada, UK, Ireland, Italy, and Australia will be the first countries to sell the glasses, with each pair coming with a charging case that can also be used to store the glasses.

The standard model will set you back $299 USD, while there will also be a polarized model for $329 USD, and a transition lens model for $379 USD version with transition lenses. For more information visit the official Ray-Bann website.