Meet the $500 boot for a little less than half. When you want Vibergs but don’t want to deal with the price tag, Thursday Boot Company fills the gap (or at least tries to).

Let’s face it, Thursday Boot Company isn’t in same realm as Viberg, Alden and so on when it comes to quality.

If you want quality, you’re going to have to pay for it. Or as the old saying goes, “You get what you pay for.”

Though, that’s not to say that Thursday Boot Company has poor quality, because they don’t.

In fact, considering what I spent ($220), I feel the quality was justified and I ended up with a fair amount of value for every dollar spent.

Quality aside, where Thursday Boot Company really shines is appearance. Their boots are downright attractive. In a world of cheap tacky boot styles, I’m sure you can appreciate this.

In reality, at the above price point, you really don’t have plenty of options. Luckily, the have filled the gap rather well.

With that said, here’s my 6-month review of the Brown Wingtip boots by Thursday Boot Company.

On a side note: They didn’t send me these for free. I stumbled across them on Instagram and decided I’d give them a shot with my own money. I’ve heard about their success with Kickstarter, but I could care less about what’s hot, trending or launching. I don’t have time for that kind of stuff these days nor time to talk about it. 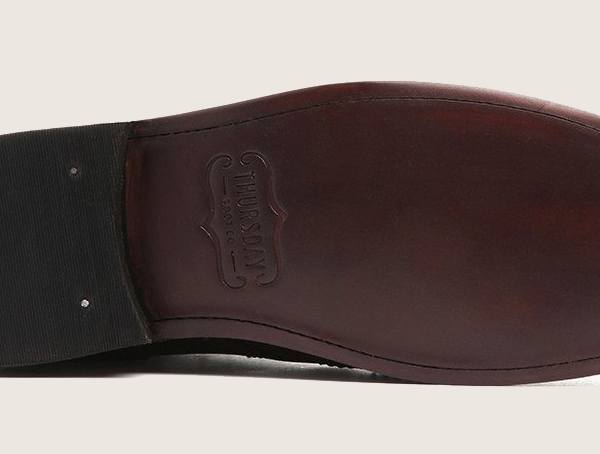 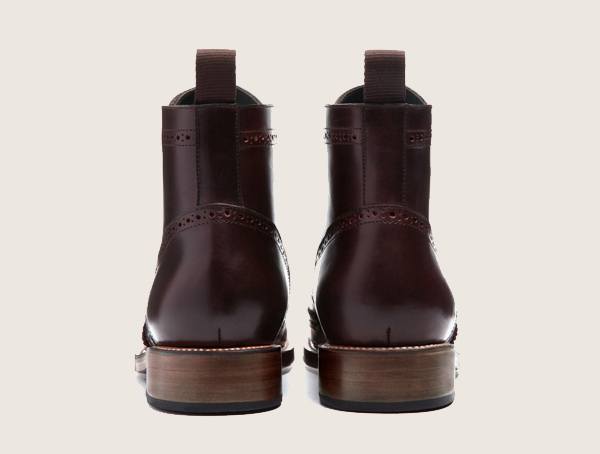 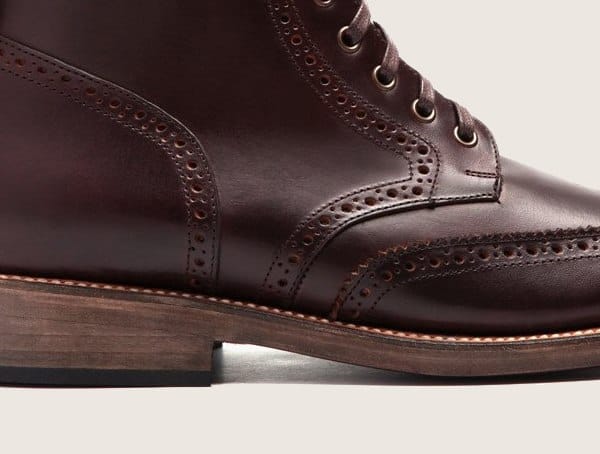 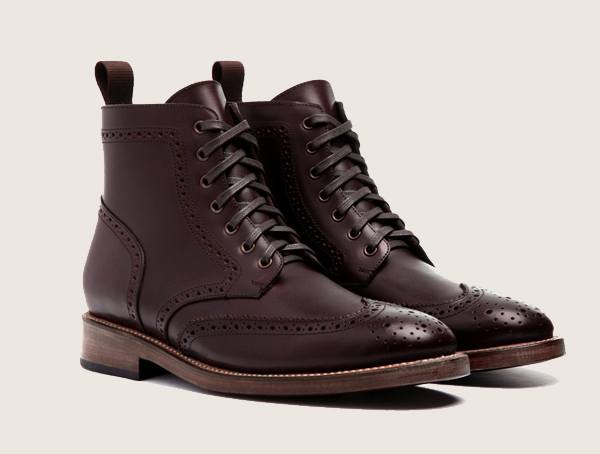 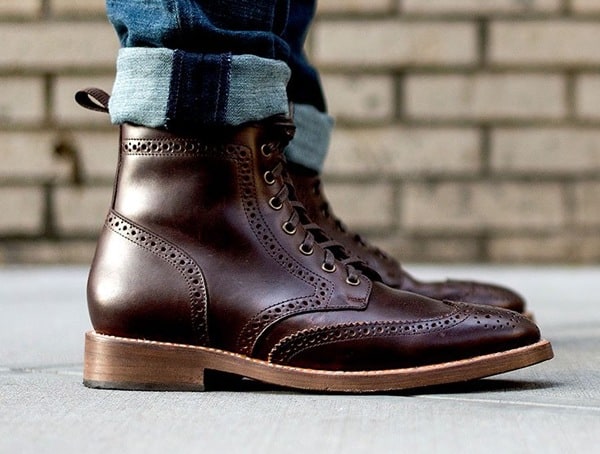 Here’s how they look when brand new. Professional photography, well-placed lighting, polishing, etc. can be deceiving, but they actually showed up looking the same as they do in the photos below.

When it comes to first impressions, I noticed a “Made in Mexico” tag. Like most things that are made in Mexico, I expected these shoes to fail within few months, but they didn’t to my surprise. 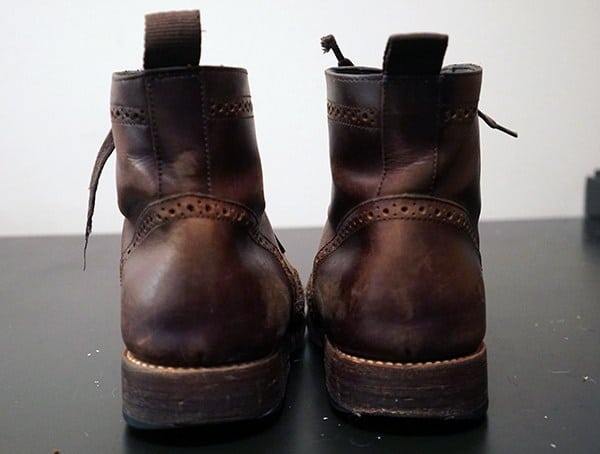 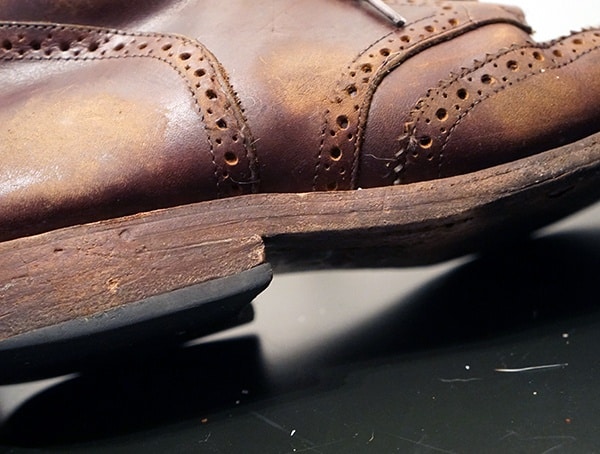 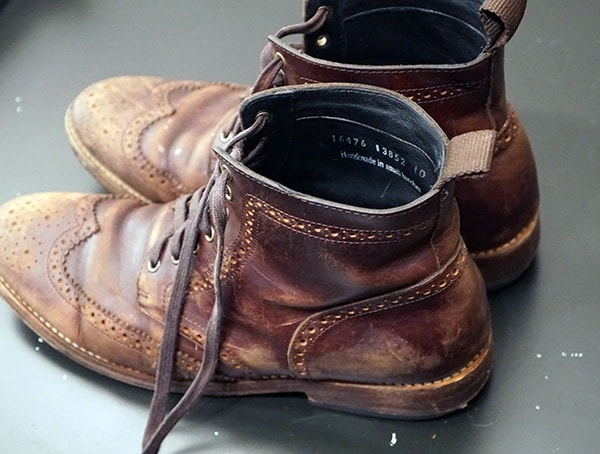 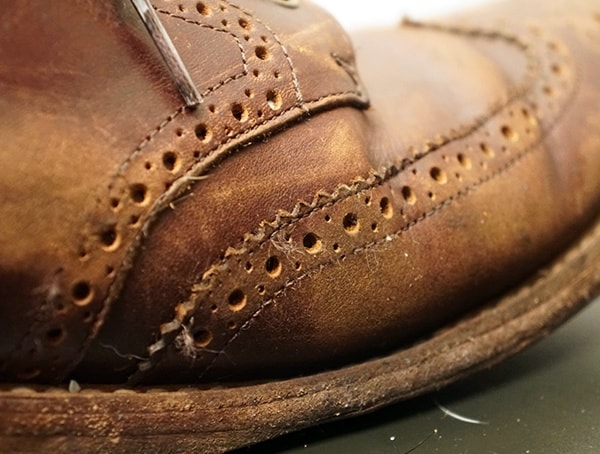 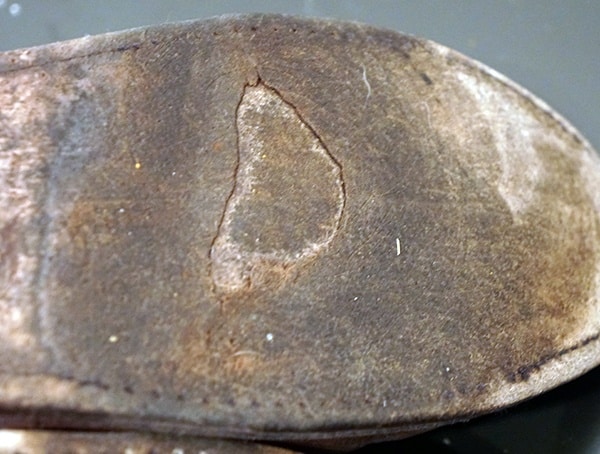 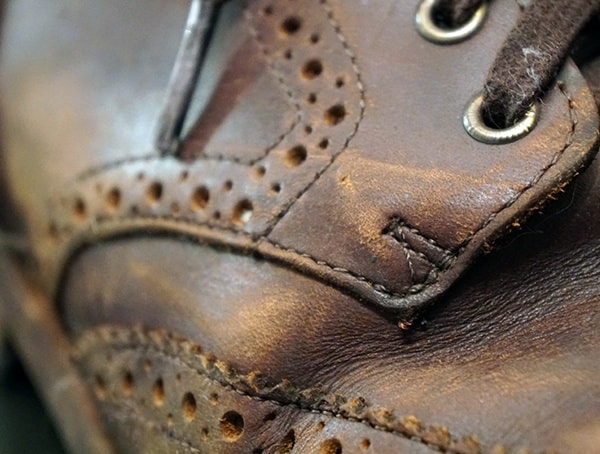 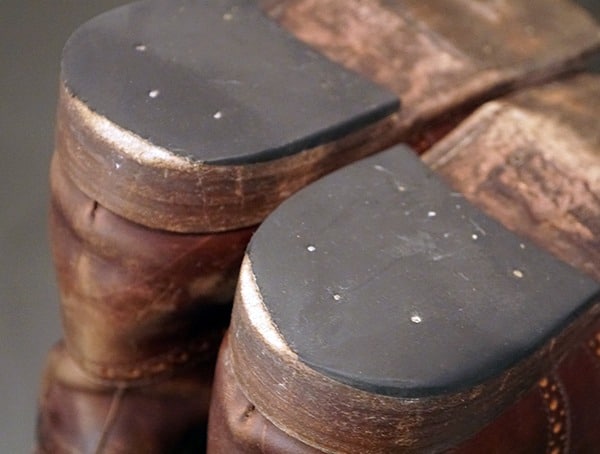 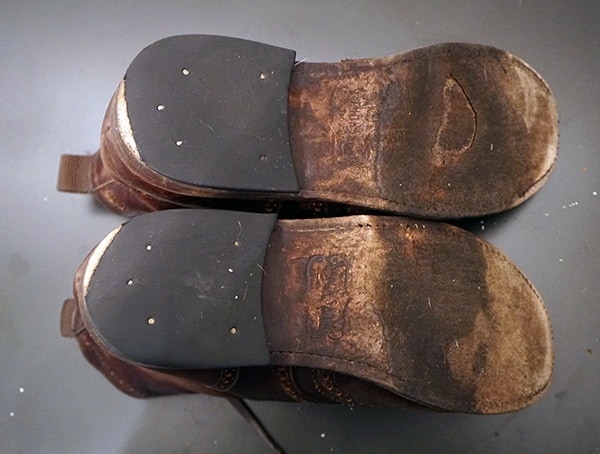 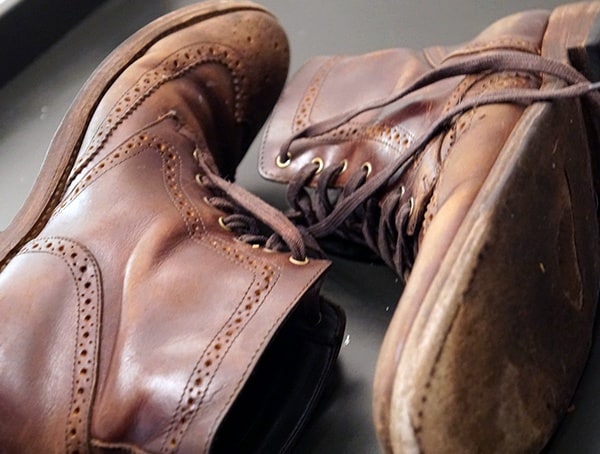 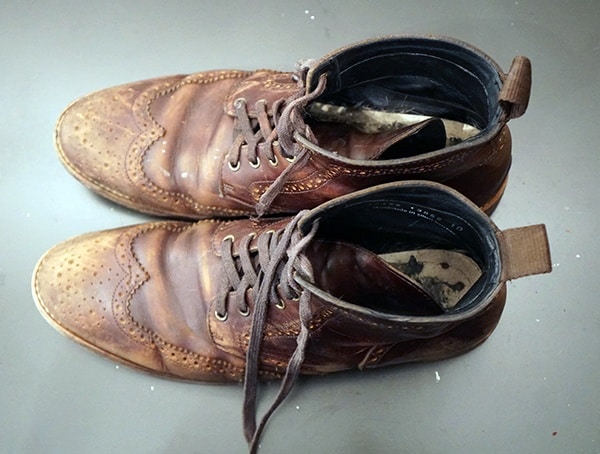 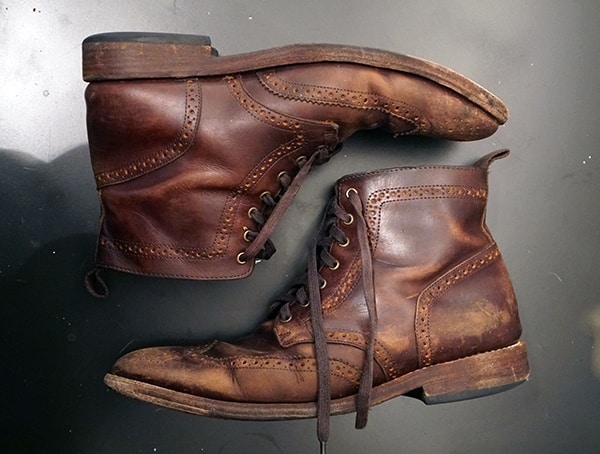 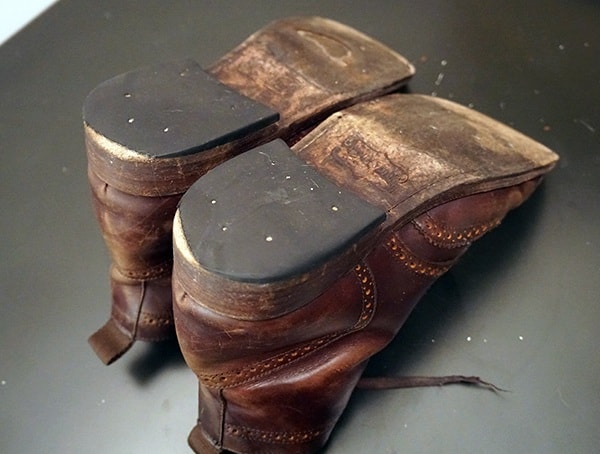 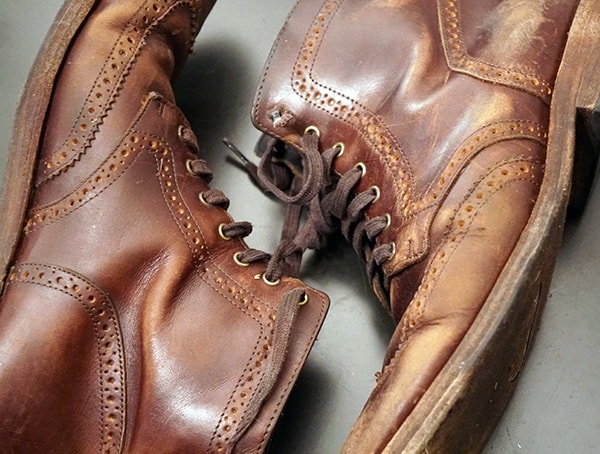 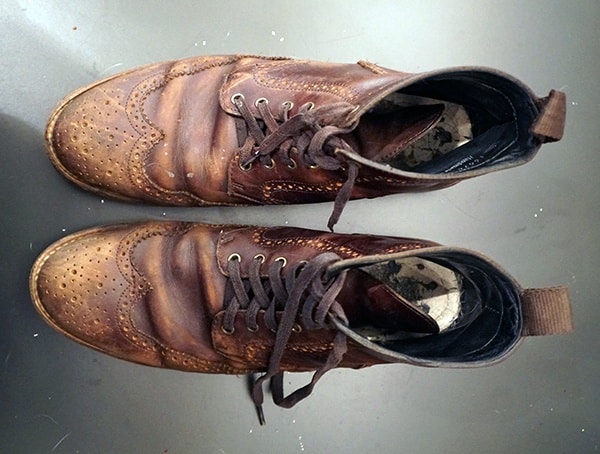 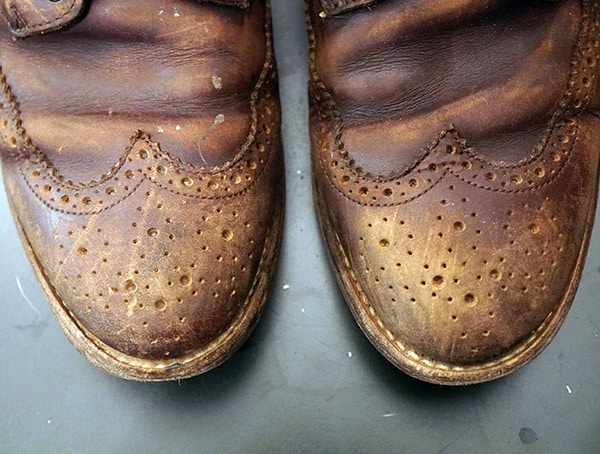 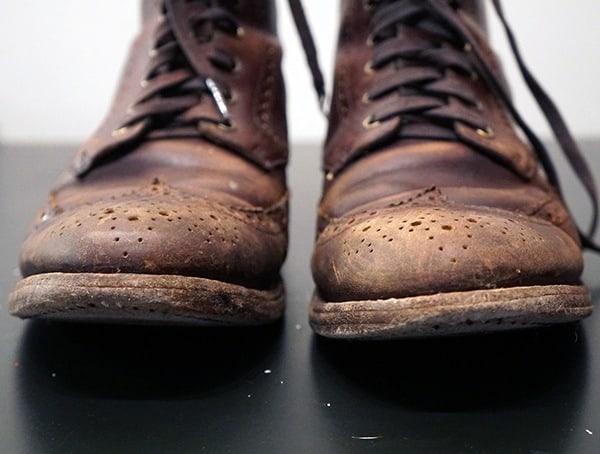 I’m not some hipster who wears boots around in the city. These Thursday boots have been used and abused over the past 6 months. During the time frame, I wore them while building roughly 40 base kitchen cabinets from 1/2″ sheets of maple stain-grade plywood. They’ve been worn through the mud and rain, over rocks and dirt, etc during the three or more dog walks I go for each day.

Overall, they’ve held up well over the past 6 months. Sure, there’s a handful of scrapes and scuffs from moving around on the concrete floor, but that’s to be expected of any boot. The heels do have a noticeable wear pattern, however, that’s just from the way I walk. For color, it has shifted from the original deep dark with a slight gloss to a more dull burgundy and soft brown in the sunlight. I’m sure with some polish the appearance would greatly improve but I’d rather show you all the details without covering them up.

You may notice a hole in the sole of one boot in the photos. The boot with that problem developed an annoying squeak every single time I stepped forward. It lasts for around a month and a half just towards the four month mark.

On another note, these boots are extremely slippery when new. There is virtually no traction. Grocery store floor plus tiny mist of water and you’re done. Concrete steps after it just rained? Good luck roughly every one in twenty steps. You will slip. Eventually, the slipperiness went away.

The original boot laces have lasted for the entire 6 month review, which amazes me. I often go through boot laces like a madman. 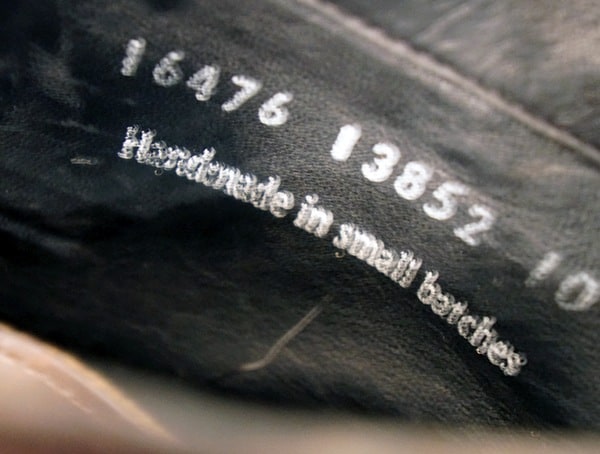 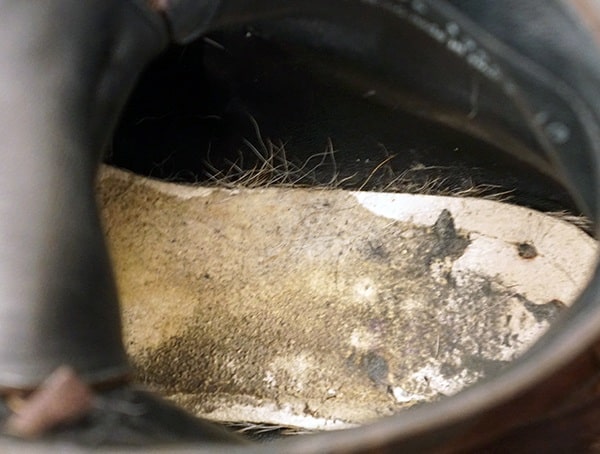 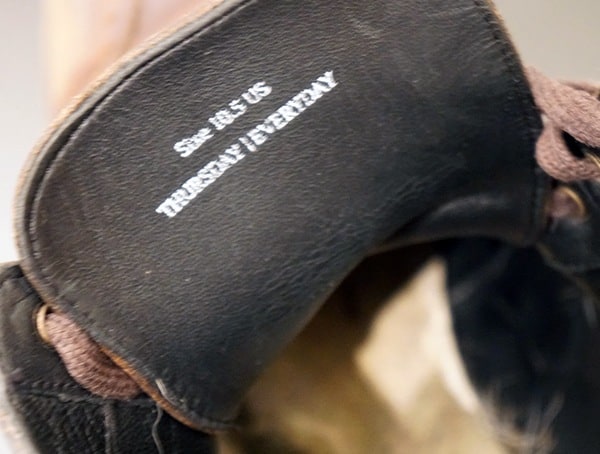 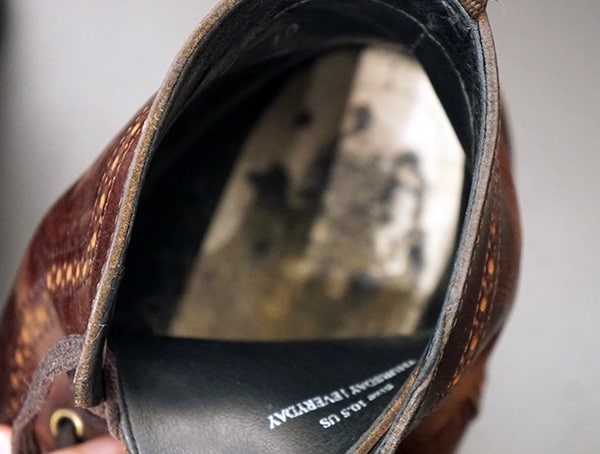 These boots are comfortable to wear, and I have absolutely no complaints.

Could the insert be more comfortable? Sure, an aftermarket insert solves that problem easily. In terms of snugness, they are just right. Sizing is spot on. They feel fine, even after ten hours of straight cabinetmaking in the garage while working on concrete.

The interior insert has been destroyed quite a bit. I have always worn wool socks with these boots.

How thick is the leather? 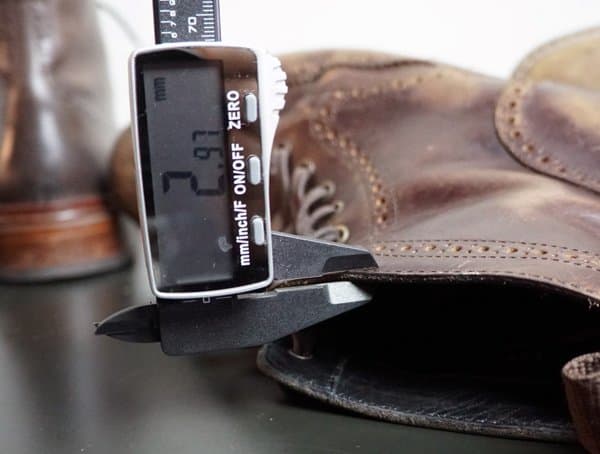 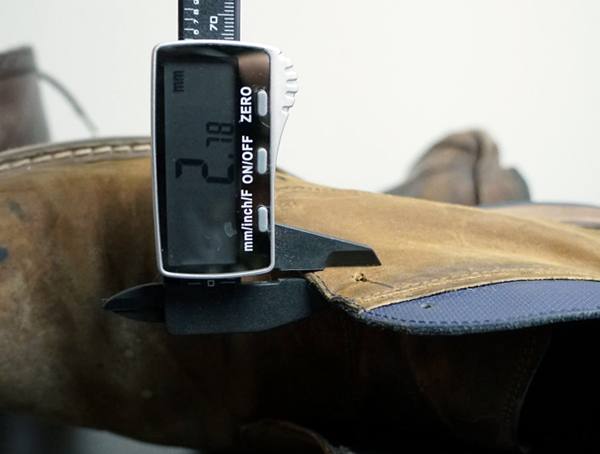 One of the more common things I’ve read online when it comes to Thursday Boot Company reviews, is that their leather is too thin.

Here’s a comparison of some Cole Hann Chukka boots to Thursday Boot Company’s Brown Wingtips. The thickness is just about the same. Sure, Cole Hann doesn’t make the greatest boots in the world, but I’ve had pairs last me two years and beyond. I have a hard time seeing these Thursday boots failing anytime soon due to “leather thickness”. Would thicker leather be more satisfying?

Sure, but again, go back to the price tag and you’ll realize there’s enough value for what you already get.

Would I buy them again? 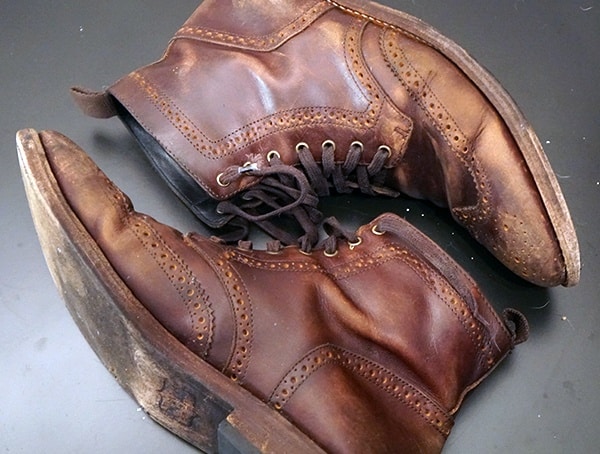 Thursday Boot Co. delivered enough value. These are one of the more attractive boots out there (in my mind) for a relatively affordable price tag. When you look at all your other options, they’ve really filled a gap in the market and done it rather well. Where else are you going to find a $220 boot like this? Good luck.