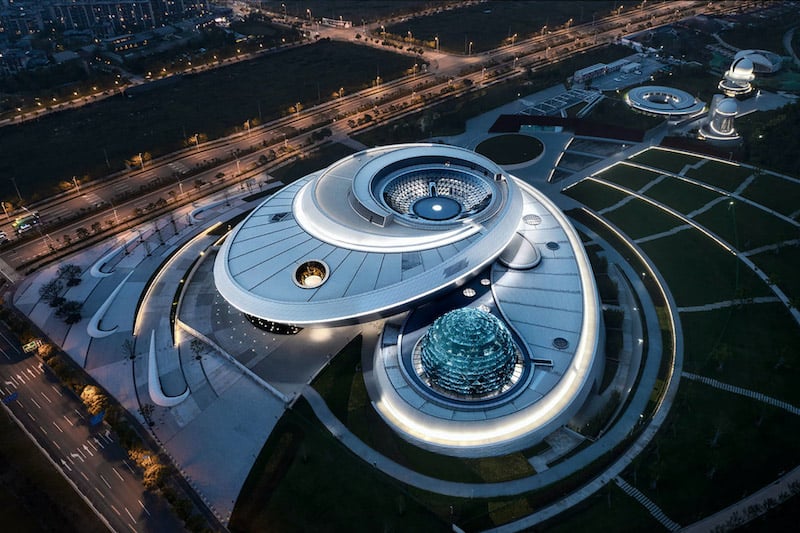 Ennead Architects, a New York firm, has recently opened the largest astronomy museum on the planet in Shanghai, China. The museum covers over 420,000 square feet, giving visitors a glimpse of what’s going on outside our atmosphere.

Visitors will come to the museum from far and wide to take in the sights and sounds of the large museum and the universe that surrounds it. When they do, they shouldn’t forget to check out the 78-foot solar telescope among the other architectural feats on site. 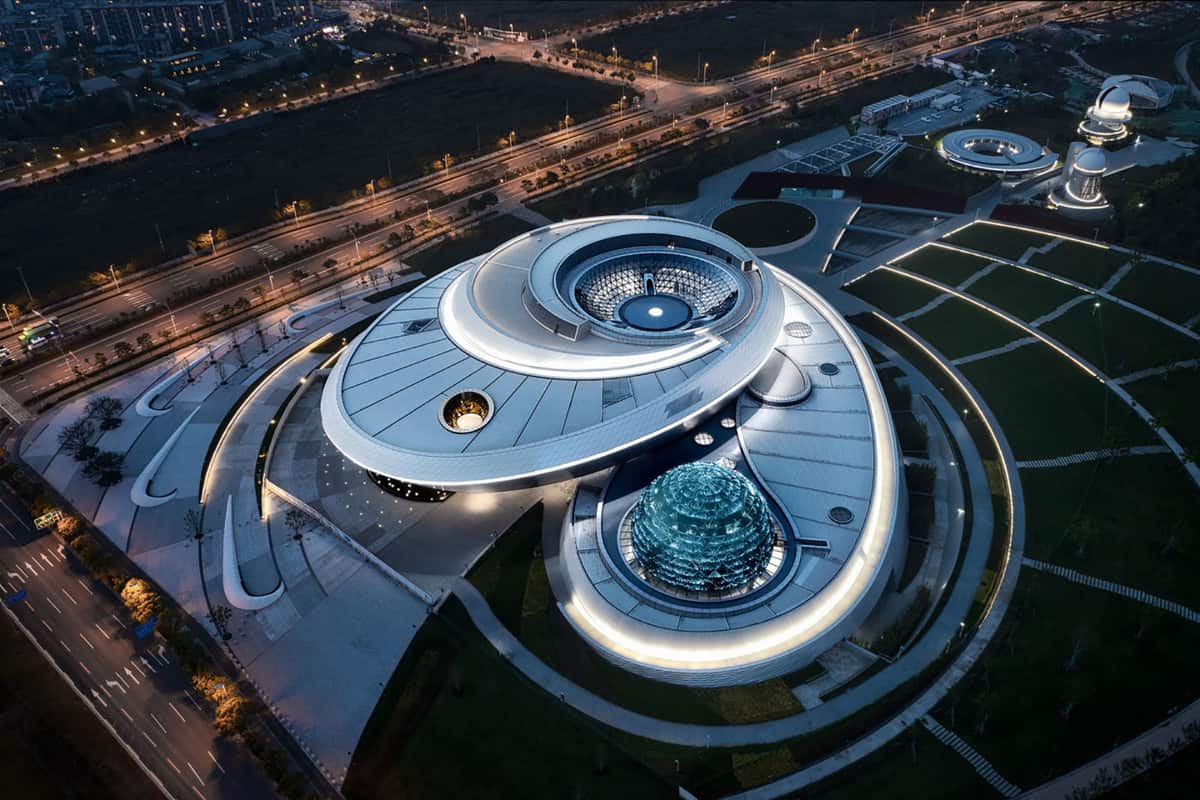 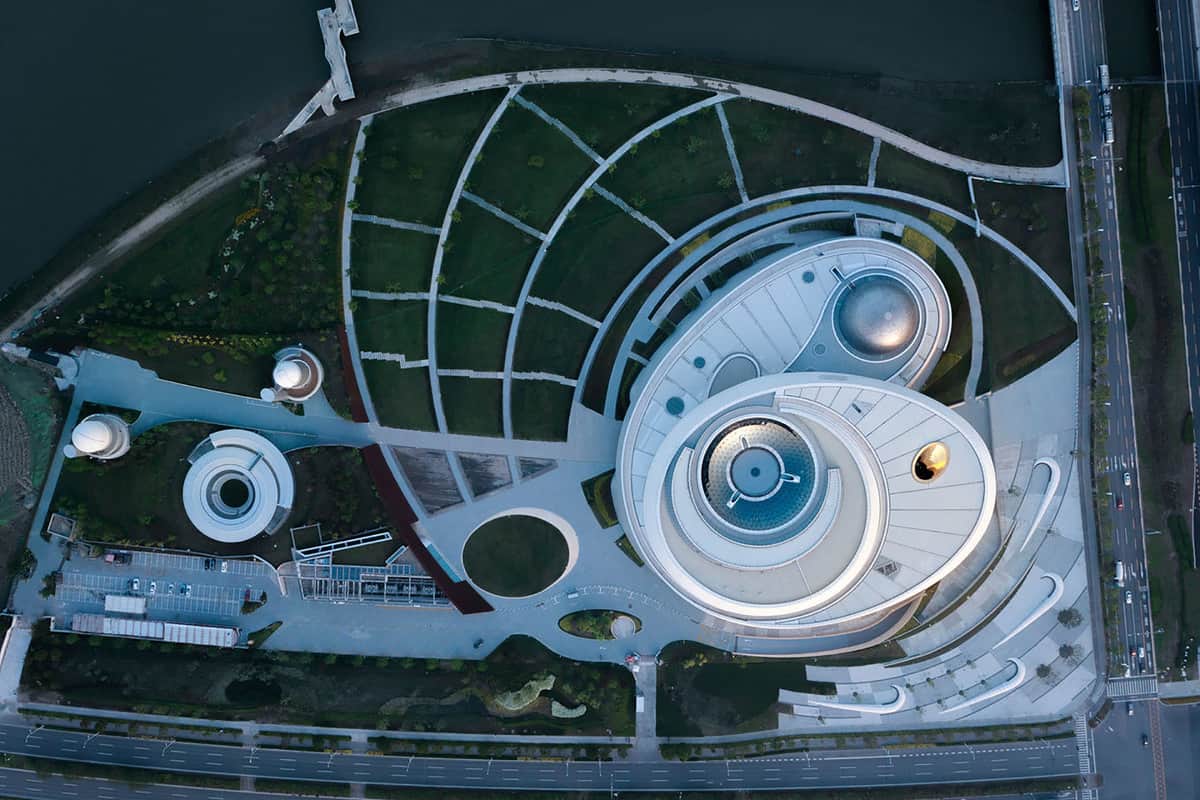 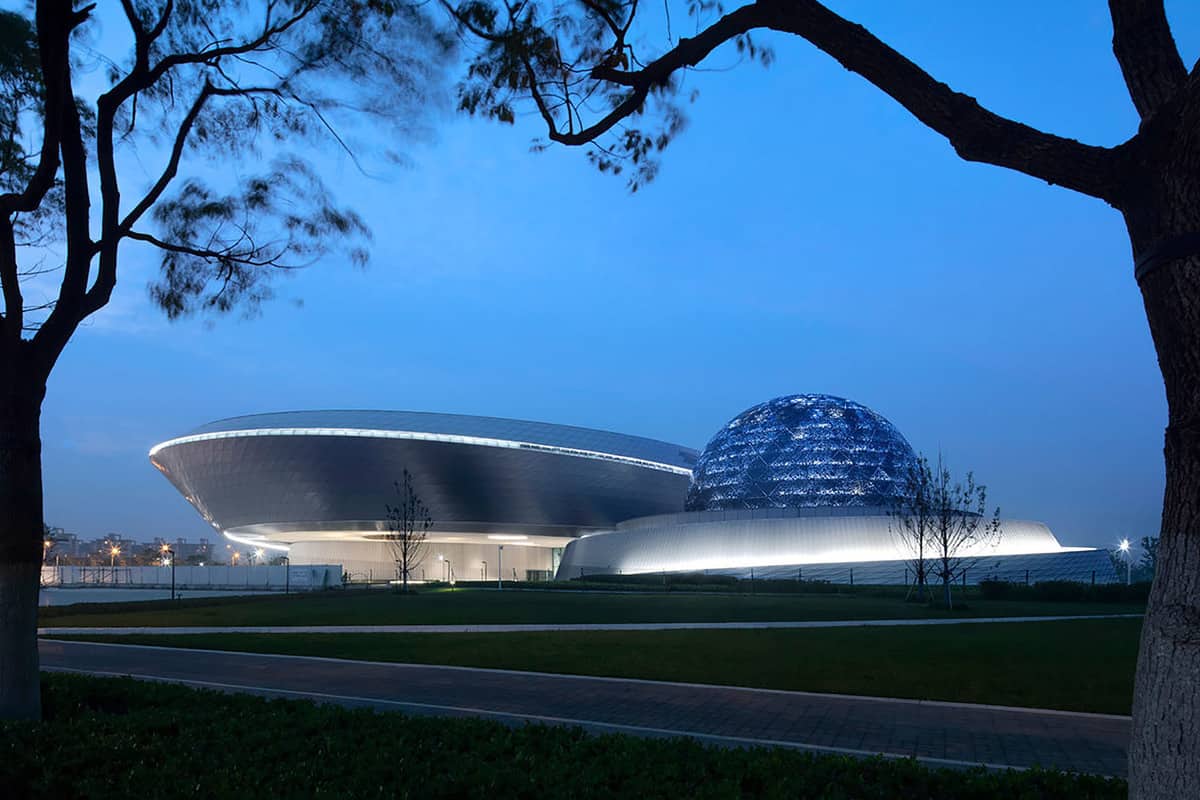 The museum consists of three main units. The first is the Oculus. This round entry point keeps tabs on the sun on the surface of the plaza’s floor. At the entrance, a reflecting pool greets visitors. At 12:00 pm local time, on the day of the summer solstice, a full circle perfectly aligns with a round area in the lobby, offering a sort of “sundial” in the middle of a very public area.

Reflective panels filter light through the space, creating an otherworldly ambiance that sets the stage for the perfect souvenir photo. Floating like a planet in orbit itself, the sphere contains the planetarium’s theatre for shows and events. The globe space appears entrenched within the building, allowing only the upper portion visibility.

Lastly, an atrium for receptions sits under an inverted dome that covers 38,000 square meters. The glass tension structure gives breathtaking views of the sky above, taking museum guests to the next level via a spiral path that stretches from exhibit to exhibit.

The building’s essence avoids right angles and harsh, straight lines. The intent was to mimic the unique geographies of the universe as they are known today: round and wavy, intricate and profound.

What’s not to love about a building that looks like a set of complex astrological tools? 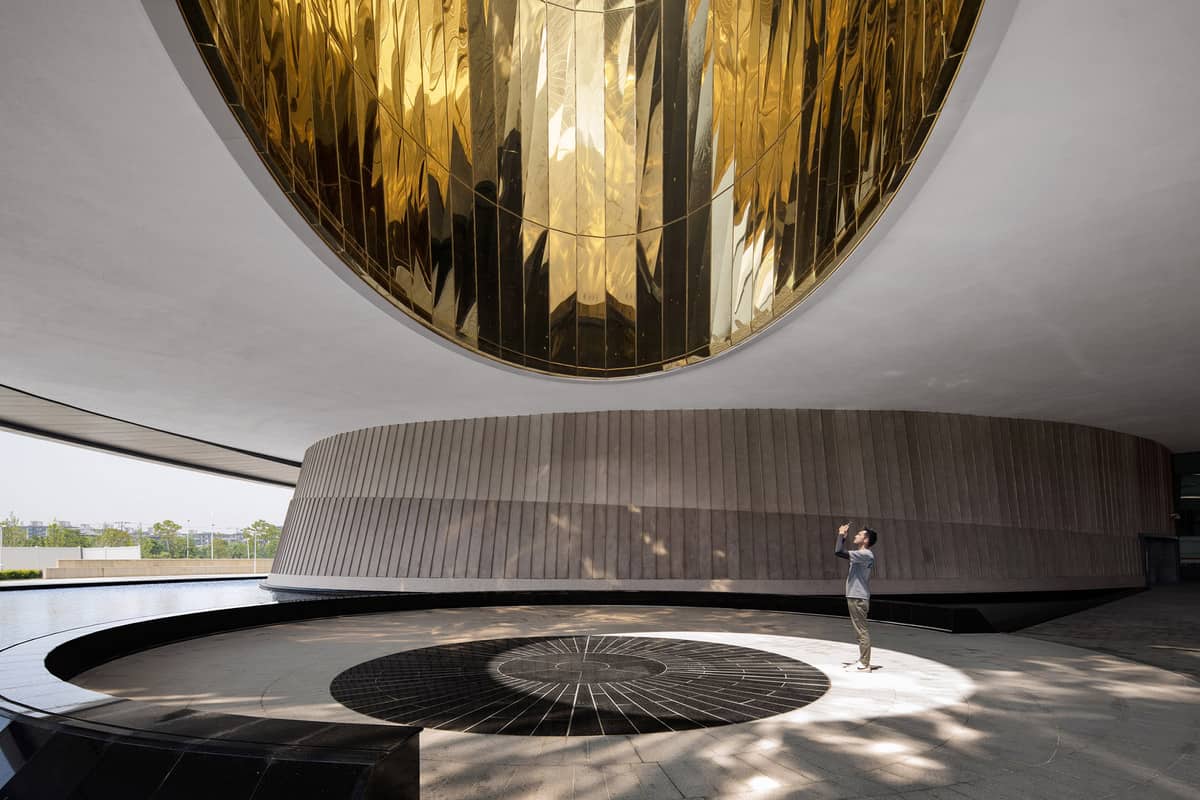 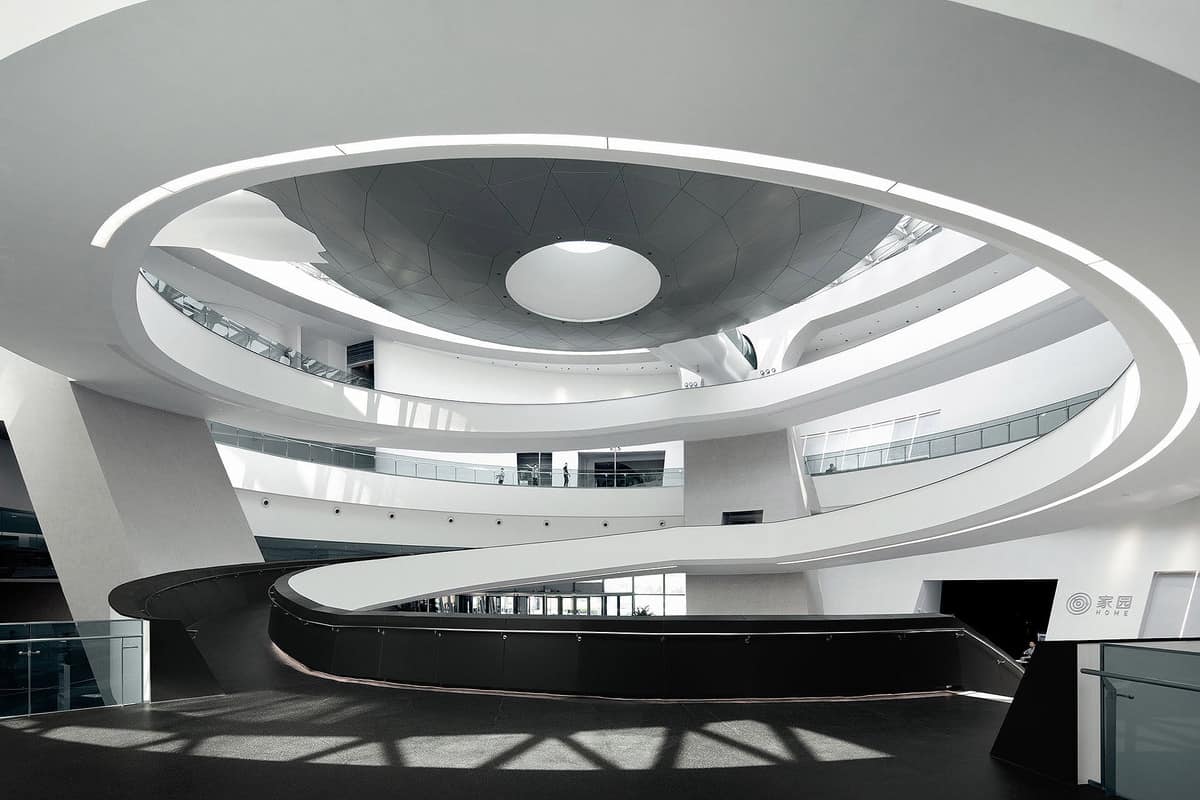 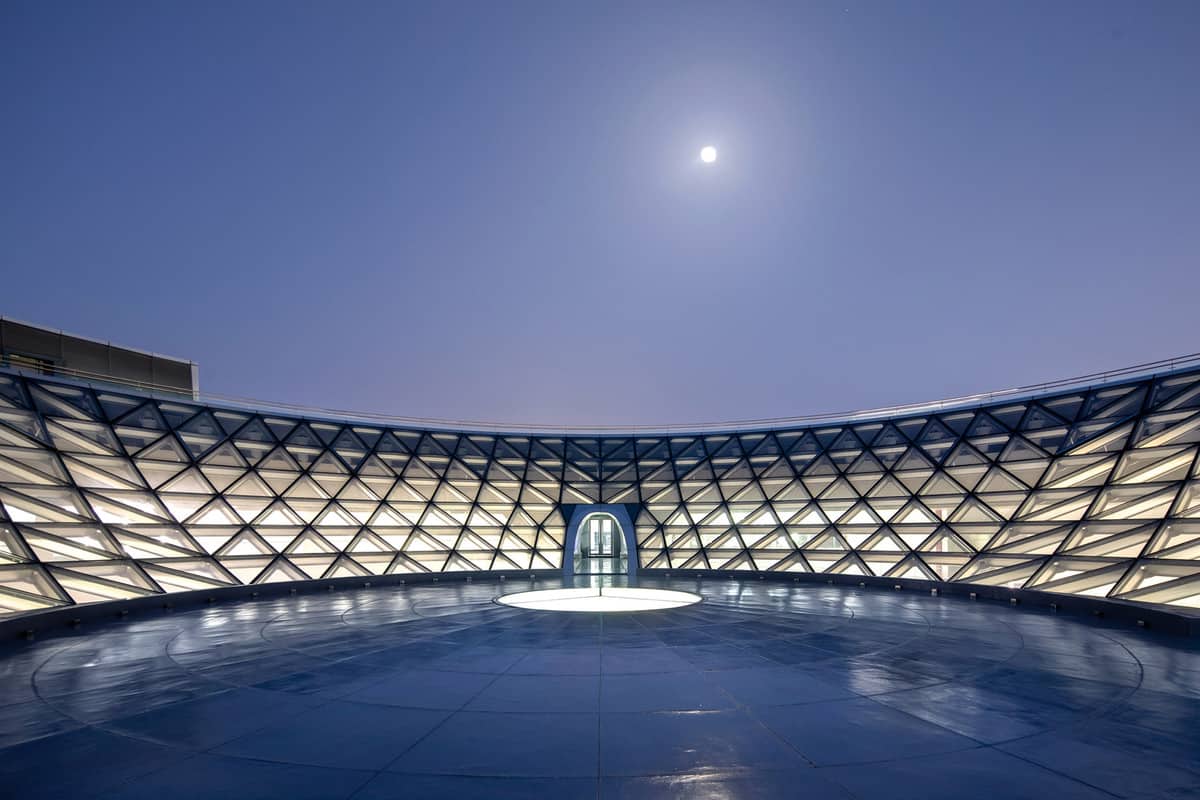 Thomas J. Wong, an Ennead Architects Design Partner, was recently quoted in a de zeen article explaining how the museum was built to “abstractly embody within the architecture some of the fundamental laws of astrophysics, which are the rule in space.”

Wong elaborated, suggesting that the design of the museum reflects its commitment to education. The compelling architecture is sure to draw the eye (as well as many visitors from around the globe).

The museum is suitable for learners and space lovers of all ages. Whereas some will understand the nuances of the design and the museum’s information and exhibits, others will simply come to enjoy the interactive activities and the memorable ambiance.

See more about - The 10 Most Expensive Homes In America