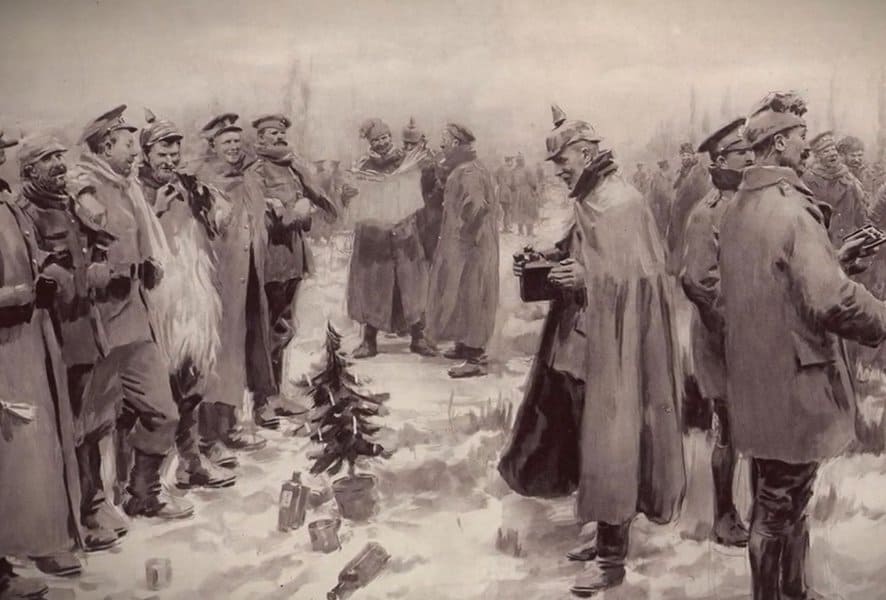 The holiday season wouldn’t be the same without a classic Christmas movie about love, family, and improbable miracles. Well, it turns out Christmas miracles don’t only happen in movies. Real-life miracles put all winter blockbuster’s to shame. They wish they could have a fictional story as good as these touching miracles.

The miracles range from fantastical to heartwarming. For instance, a miracle brought an entire war to a temporary halt. In another case, a mother and newborn baby barely avoided a near-death experience that would take a miracle to survive. In a touching true story, a young girl once sent a letter to Santa and got an unexpected response. These incredible stories will make you cry, smile, laugh, and believe in true Christmas miracles. 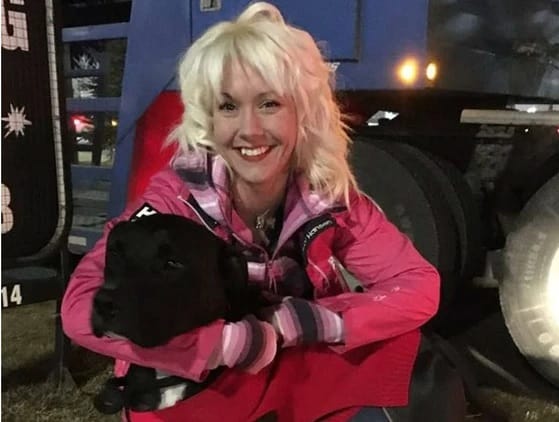 It’s the Christmas season, and a tiny dog goes on a wild adventure. The dog travels through winter storms and cold nights to return to his owner. No, it’s not the newest Hallmark TV movie. It’s the true story of a brave dog named Frankie as detailed by the Edmonton Journal. In Spruce Grove, Alberta, Ashley Power lost her adorable therapy dog, Frankie. She spent five months searching for him and sent flyers all over Canada. Eventually, she started to lose faith and give up hope. That’s when a Christmas miracle came swooping into her life.

One day, Power got a phone call that Frankie was spotted running around Abbotsford, British Columbia. He managed to run over 1,000 miles away and survive. The non-profit organization, Langley Animal Protection Society, rescued Frankie and arranged for a truck driver to return him to Power in Alberta in time for Christmas eve. 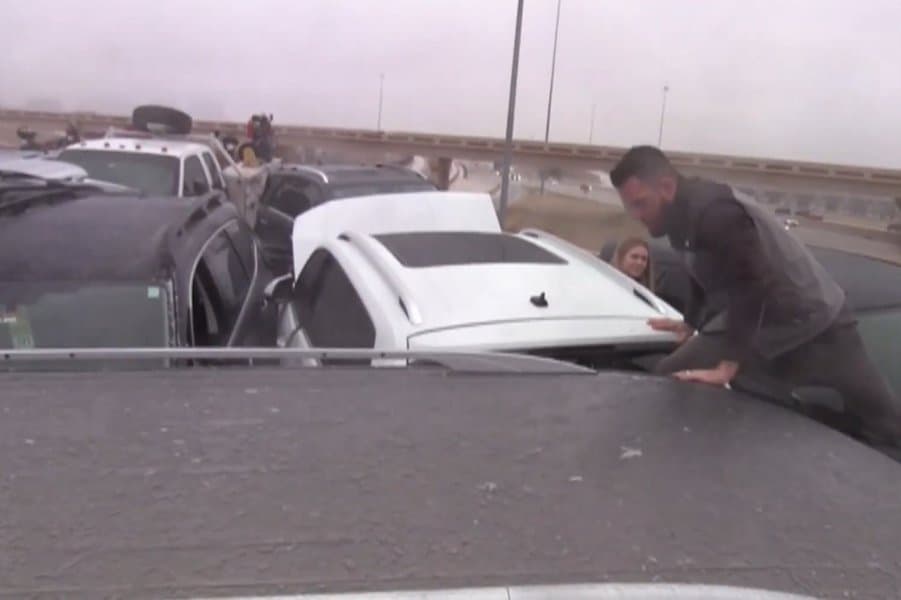 Tragic car accidents are an unfortunate part of life. The holiday season often sees a spike in crashes due to weather, awful drivers, and bad luck. On Christmas Day in 2013, a terrible 21-car pile-up in Oklahoma shut down the freeways and roads. It was a horrible sight with jack-knifed tractor-trailers and cars smashed to pieces.

Typically, an accident like this would have severe injuries and deaths. However, it was a genuine Christmas miracle as there were no injuries to report as stated by the Daily Mail UK. Indeed, there were no serious injuries or fatalities. It was a miracle that everyone walked away from the crash with minor scratches. 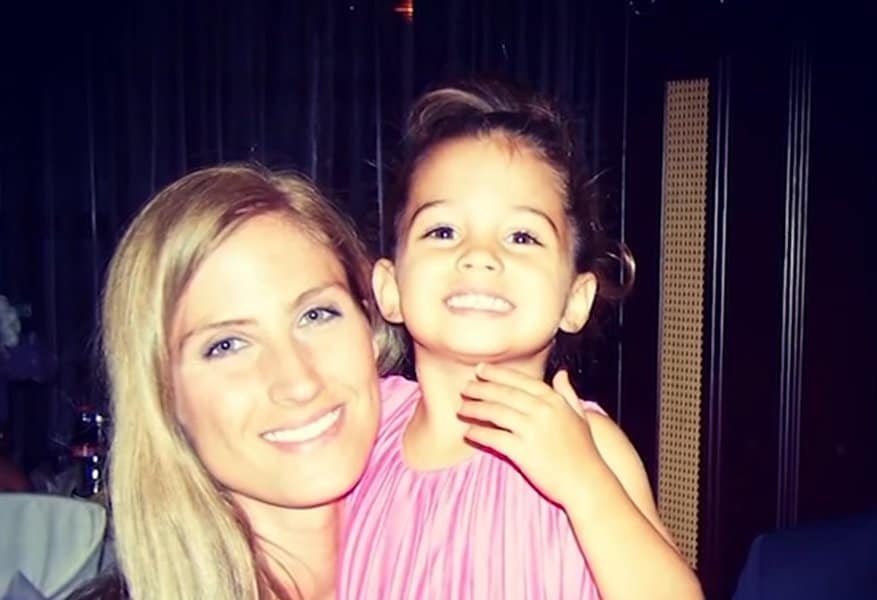 There are some miracles that medical experts just can’t explain. Four-year-old Gemma Botelho is one of those miracles. As reported by CBS News, on December 13, 2015, Gemma suddenly came down with the flu and became gravely ill over the next few days. Eventually, her toes and fingers weren’t getting proper circulation. Her parents began to fear for her life and rushed to the hospital. The situation quickly went from bad to worse.

Once at the hospital, Gemma went into cardiac arrest. Doctors promptly performed CPR but weren’t confident they could save her. Luckily, 45-minutes later and Gemma was breathing again. She went on to make a full recovery. Doctors admitted they couldn’t explain how she survived. The answer is simple. It was a true Christmas miracle. 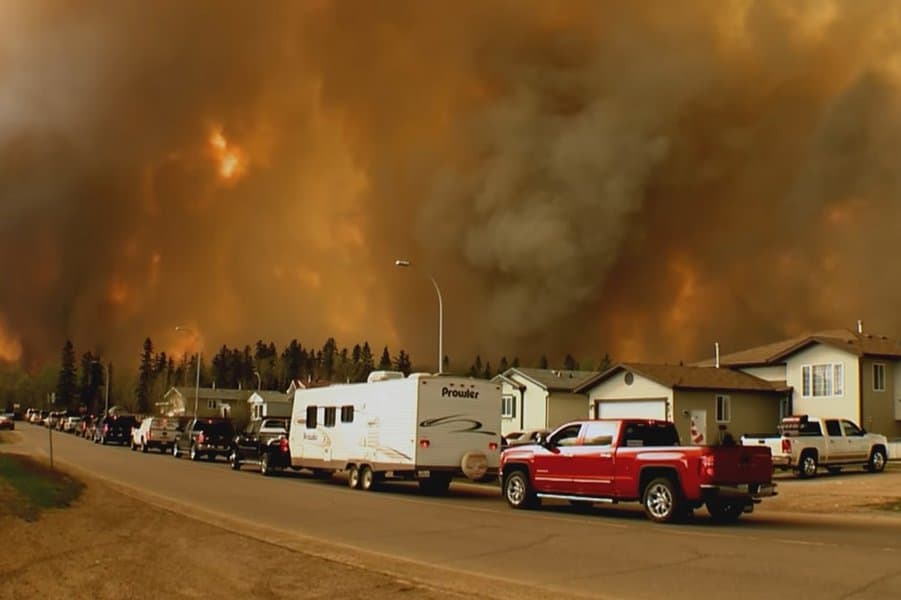 In 2016, a devastating wildfire nearly destroyed the town of Fort McMurray in Alberta. Roughly 100,000 residents couldn’t make it back for Christmas, and almost 2,500 homes were damaged. Christmas seemed bleak for the residents that year until Westjet came flying in to help.

As reported by CTV News, they held an event, Snowflake Soiree, and gave out gifts to the residents. They also arranged for entertainment and an appearance from Santa. One little boy, Rhys Popejoy, lost his beloved collection of Harry Potter novels. A kind Westjet employee happened to be another huge Harry Potter fan. The employee gave Rhys two incredible collectibles, a pair of Quidditch goggles, and a golden snitch. That’s one magical Christmas miracle. 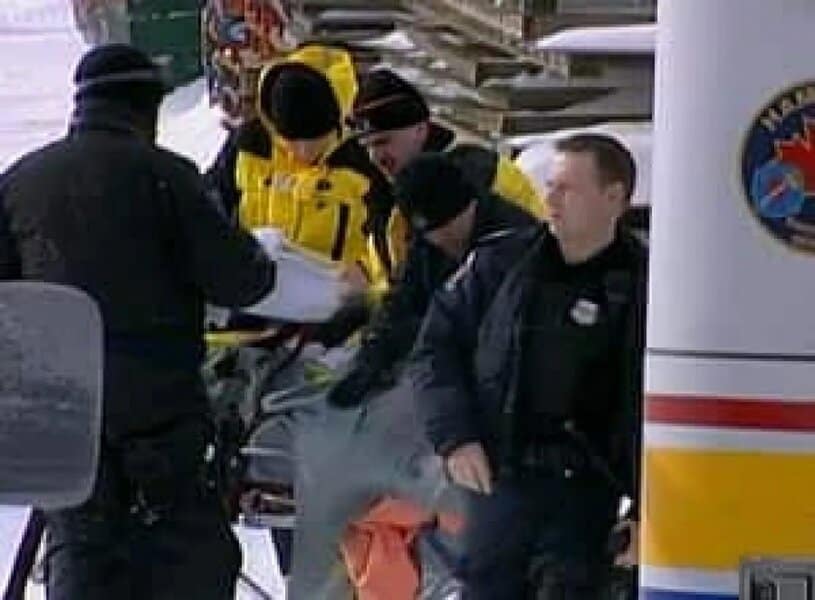 Donna Molnar headed out to the store during a rough Christmas blizzard for some last-minute baking supplies. However, she became lost in the storm and flipped her SUV in a ditch. The snow buried her car for 72 hours without any heat. Her chances of survival were minimal and would require quite the miracle. Well, that’s precisely what ended up happing. After three days, the search party finally found Donna’s SUV. They all assumed the worst but were pleasantly surprised to see her alive. Donna’s incredible story was reported by CBC and is the true meaning of a Christmas miracle. 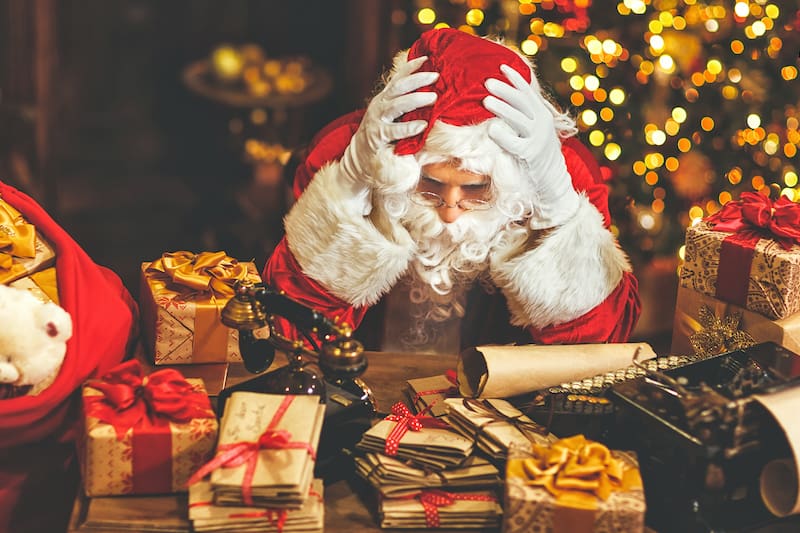 The work Christmas party has become a staple of the holiday season. Most companies throw a wild party to celebrate the holidays. However, a company in Canada felt the Christmas spirit and decided to try something different one year. Instead of having a rowdy party, the workers bought a ton of gifts and delivered them to kids at the local school. The company spent roughly $10,000 on presents for the event. They also donated $300,000 to help fund the school. The company even hired Santa to help spread the love. 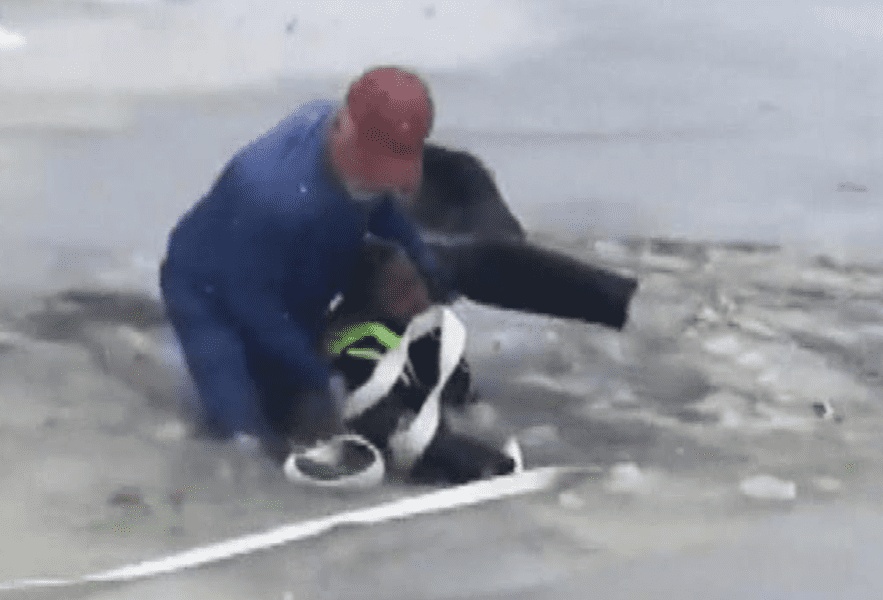 Sometimes a Christmas miracle puts the right person in the right place at the right time. For instance, two teens in Nebraska were visiting their grandmother during the Christmas season and decided to go for a walk. They walked across a frozen lake when the ice started cracking under them. Suddenly, the ice broke, and they plunged into the freezing water. Both teens were sure they had no chance of survival. They could feel the coldness overtaking their bodies.

However, Rick Blessen was throwing out his garbage nearby and heard the boy’s screams. He phoned 911 for help and gave the boys life jackets. He even held the teens as a rescue team pulled them out of the water. On that day, Rick was a real Christmas angel that saved their lives. Find more out about this incredible story via ABC News. 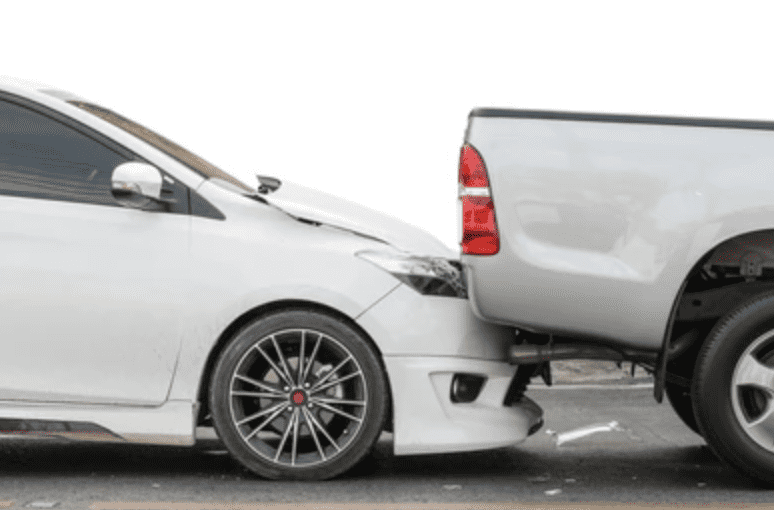 Car accidents rise during the festive season partly because of all the stress that comes with Christmas. Luckily, miracles also rise during Christmas time. Even a minor fender bender can throw a wrench in the holiday season. However, the kindness of strangers often leads to a beautiful Christmas miracle. For instance, Kim Kerswell was rushing to buy her kids last-minute gifts. The single mother was on a tight budget and feeling stressed.

On her way, she accidentally rear-ended a woman named Sherene Borr. In most cases, a minor accident leads to a heated argument. Instead of getting into a shouting match, the two women exchanged info and chatted. Kim revealed her financial situation and admitted she could either pay the insurance or buy her kids gifts. Upon hearing this, Sherene decided to forget about the damages. She took the family in and bought Kim’s kids presents that year. 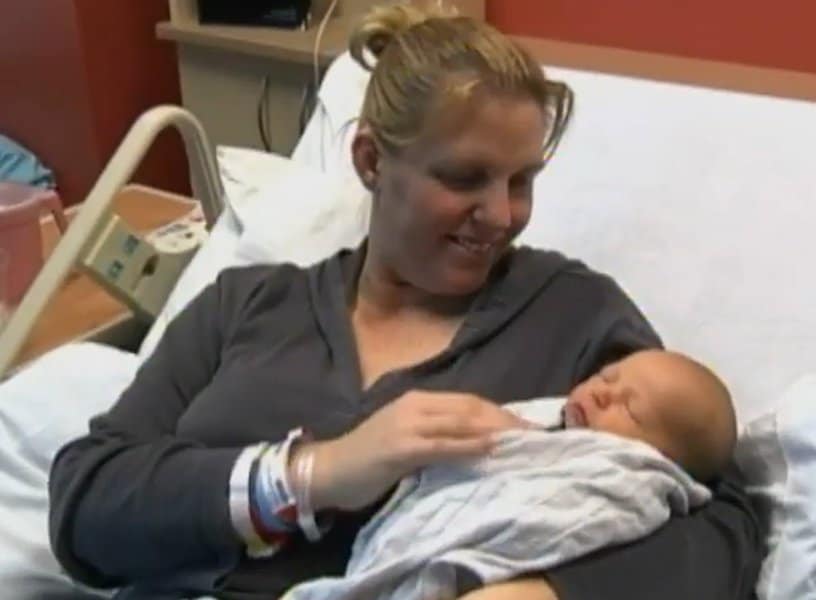 A few times, a tragedy can transform into a Christmas miracle. Luckily, Christmas eve is a good night for miracles to happen. On Christmas eve 2009, Tracy Hermanstorfer went to the hospital to give birth to her first child. However, the delivery went from a joyous occasion to a near tragedy. Tracy went into cardiac arrest and her heart stopped beating. Both mother and child had a slim to no chance of surviving. 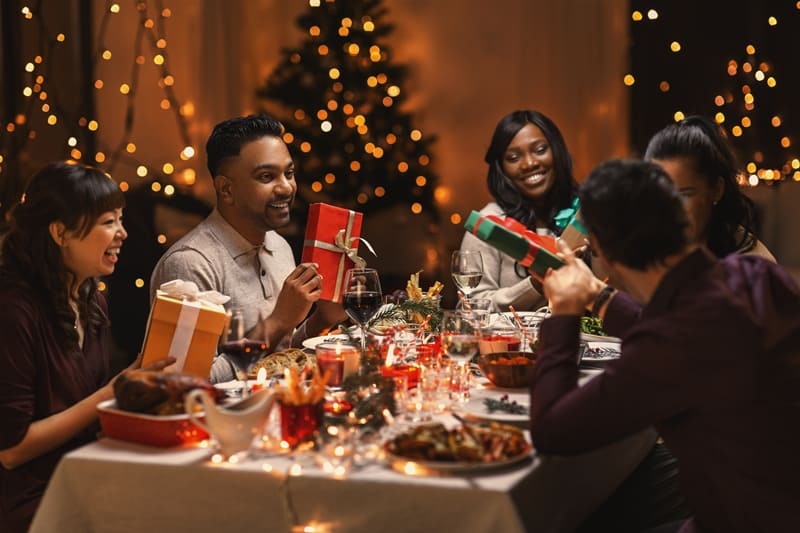 The Christmas season is about spending time with family and loved ones. There’s excitement in the air as the family puts up the Christmas tree, bakes cookies, and plays in the snow. However, as CNN reported, the Sampson family almost missed Christmas in 2008. In this case, the miracle was strangers with big hearts helping out a family in dire need during the holiday season. The family had two kids, with a third on the way, when the father lost his job. A few weeks before Christmas eve, the Sampsons faced foreclosure after failing to pay the mortgage. A close friend found out and shared the Sampson story in her blog. Then came the true miracle. Strangers read the story and started donating to the family, raising a total of $11,032. The kindness of strangers once again saved a family’s Christmas. 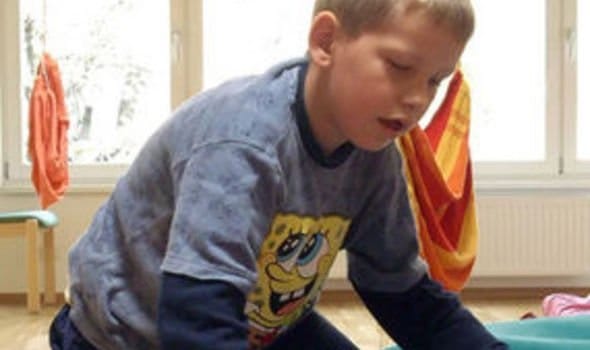 A young boy in Austria, Marko Dutschak, proved that incredible miracles could come true. Especially a Christmas miracle. In 2008, 7-year-old Marko developed a cyst that destroyed his spinal cord. Doctors gave him no chance of walking again as he was paralyzed from the waist down. However, a little faith and a Christmas miracle shockingly changed everything. Marko stood up and walked out of his hospital room one week before Christmas day. The extraordinary miracle shocked everyone in the medical profession, including Marko’s doctor. Markos’s uplifting story is another fantastic miracle during Christmas time.

12. The World War I Christmas Truce 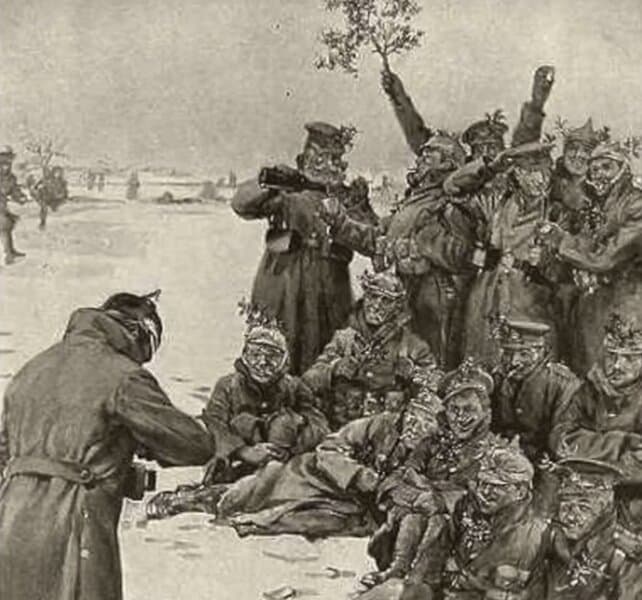 Millions of soldiers died during World War I, suffered grave injuries, and saw their friends slaughtered. Amid all this despair and death came the greatest miracle. In 1914, soldiers decided to put the fighting aside and called a truce on Christmas day. Christmas morning began with German soldiers wishing their hated enemies a Merry Christmas. However, it wasn’t an order from a superior or a cease-fire that caused the Christmas truce.

Soldiers on both sides decided they needed a Christmas break and put their differences aside briefly. They had a jolly good time as they sang Christmas carols, shared cigarettes, and even played a game of soccer. The soldiers showing love and compassion for each other during a dark time is a true Christmas miracle.

13. Sending a Letter To Santa 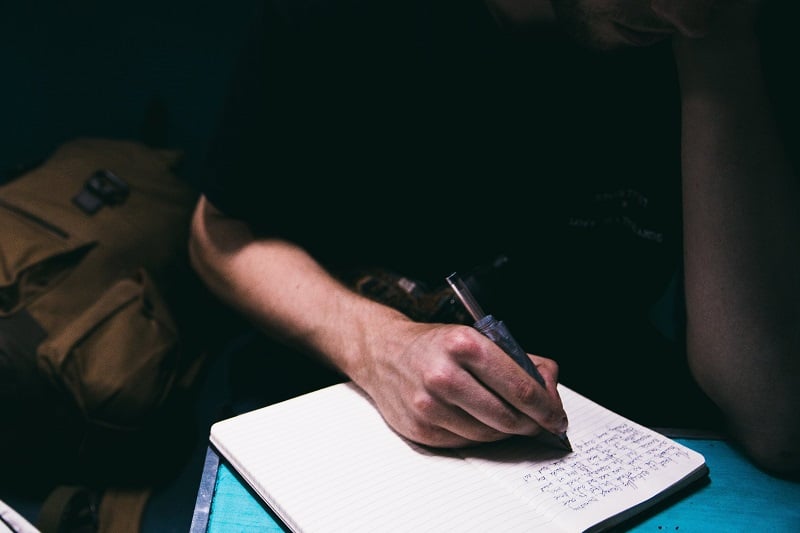 Each year thousands of kids mail letters up North hoping that Santa Claus will have some time to read them. Sadly, most letters don’t make it to the North Pole. However, the true story of a little girl sending a letter to Santa will give hope and faith to everyone worldwide. In 2011, the Reyes family was struggling during the Christmas season. Rosa Cardenas de Reyes and her husband couldn’t afford any gifts for their young daughter, Helen. In an attempt to bring cheer into their lives, Rosa had Helen write a letter to Santa and sent it via balloon.

Instead of flying to the North Pole, the balloon landed on the Sanderson Ranch in San Francisco. The Sanderson family found the letter and had it translated. Out of the goodness of their hearts, they decided to buy Helen clothes, shoes, and the doll she wanted. They quickly sent the gifts by mail to Helen and her family. Amazingly, a miracle took the balloon to Helen’s real-life Santa.

See more about - The 20 Best Christmas Movies Of All Time