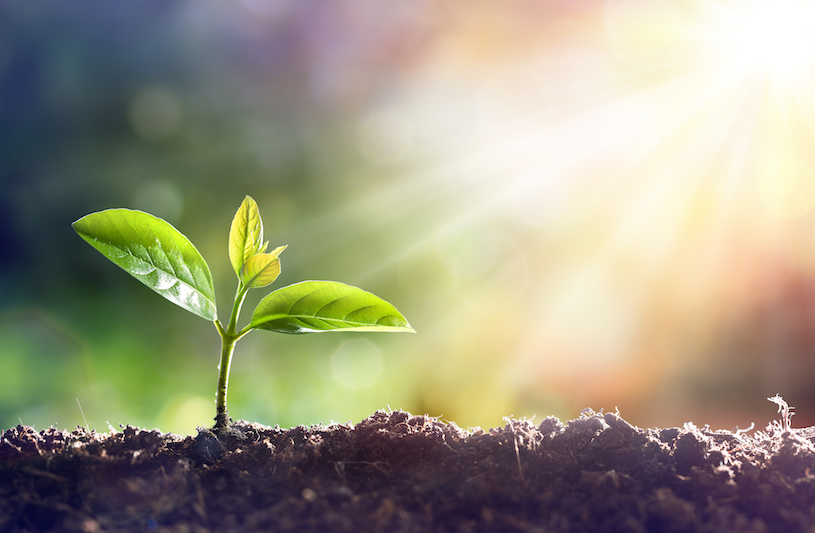 80 Interesting Facts About Life That Will Surprise You

Who doesn’t love a good fact? As they say, information is power, and the more you know the better you can grow as a person and in life. While interesting facts about life might not always help you with your day-to-day activities, they are extremely helpful tidbits when it comes to trivia competitions or game nights.

Random facts can also be great conversation starters when an awkward silence sets in. Whether on a first date or with a group of mates, spruiking some interesting facts about life will get people’s attention. These can be facts about all aspects of life, such as history, geography, sport, the entertainment world, or even what is the smelliest animal in the world (it’s the Zorrilla if anyone asks).

To make sure you are armed to the teeth with useful (and often useless) information next time you attend a quiz night or are stuck with what to say, we’ve compiled a list of interesting facts about life.

So without further ado, here are 80 interesting facts about life that will surprise you.

80 Interesting Facts About Life That Will Surprise You 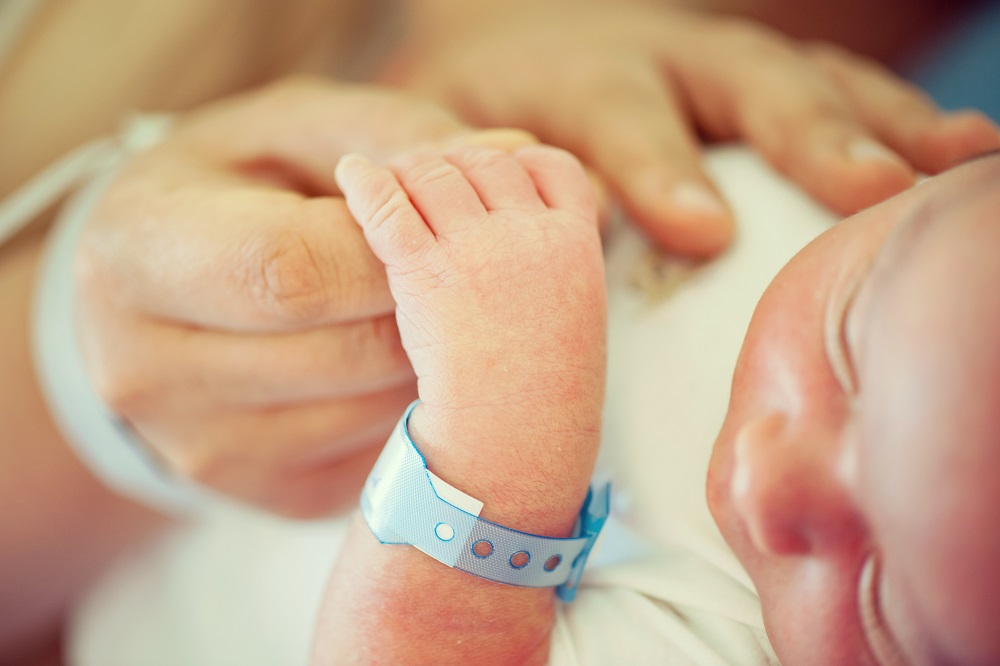 1. Humans shed 40 pounds of skin in our lifetime.

The outer layer of skin is also replaced every month.

2. You are the tallest when you first wake up.

This is due to gravity compressing cartilage in our spines while we sleep.

This is because your fingernails get more sun.

4. Your eyes blink around 20 times a minute.

5. Babies don’t cry until they are one month old.

The tear ducts of babies continue to develop after birth so it takes one to three months before they are fully formed.

If you don’t stay dehydrated you can quickly get a headache.

8. The femur is the strongest and longest bone in your body.

The smallest bone is located in your ear.

That’s why Tyler Durden uses human fat in the soap he makes in Fight Club.

10. There are certain kinds of tumors that can grow their own teeth and hair.

They are called teratomas. 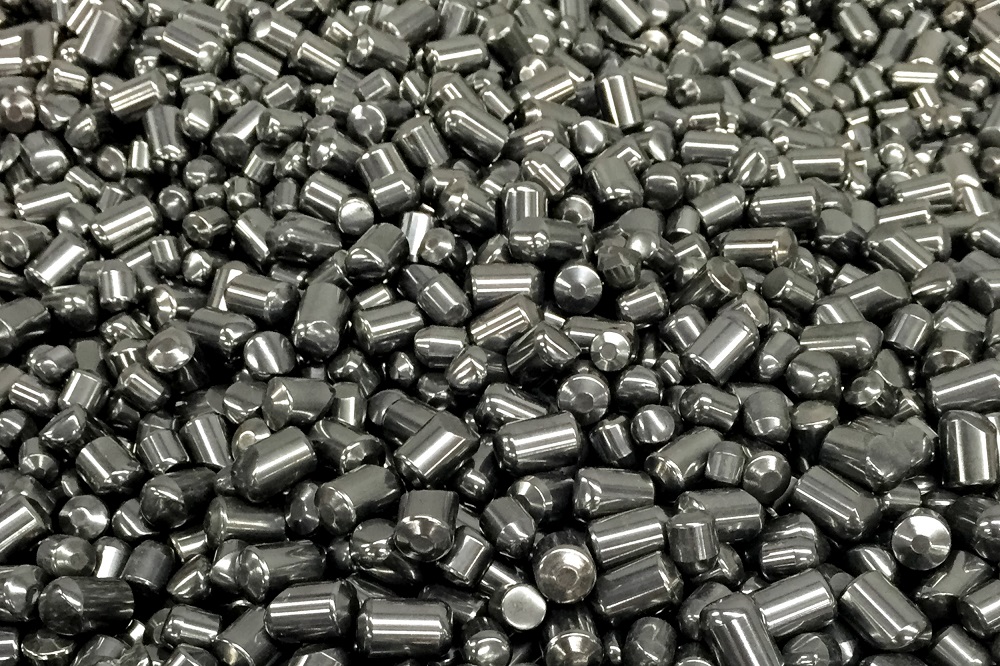 This is due to the Mpemba effect.

12. The average person walks the equivalent of five times around the world during their lifetime.

13. You can’t taste food without saliva.

The saliva dissolves the food and gives you its taste.

A prime number is a special number that is only divisible by 1 and itself.

15. Tungsten is the hardest metal.

16. Tomatoes have more genes than humans.

17. The average person has five liters of blood inside them.

If you lose 40% of blood and don’t get a transfusion you will die.

While you can’t see what color oxygen is in gas form when it’s a solid or liquid it is a pale blue color.

19. Diamonds are the hardest natural substance.

While not technically the hardest substance, diamonds are the strongest natural substance found on earth.

Despite all his work, he never got the big prize. 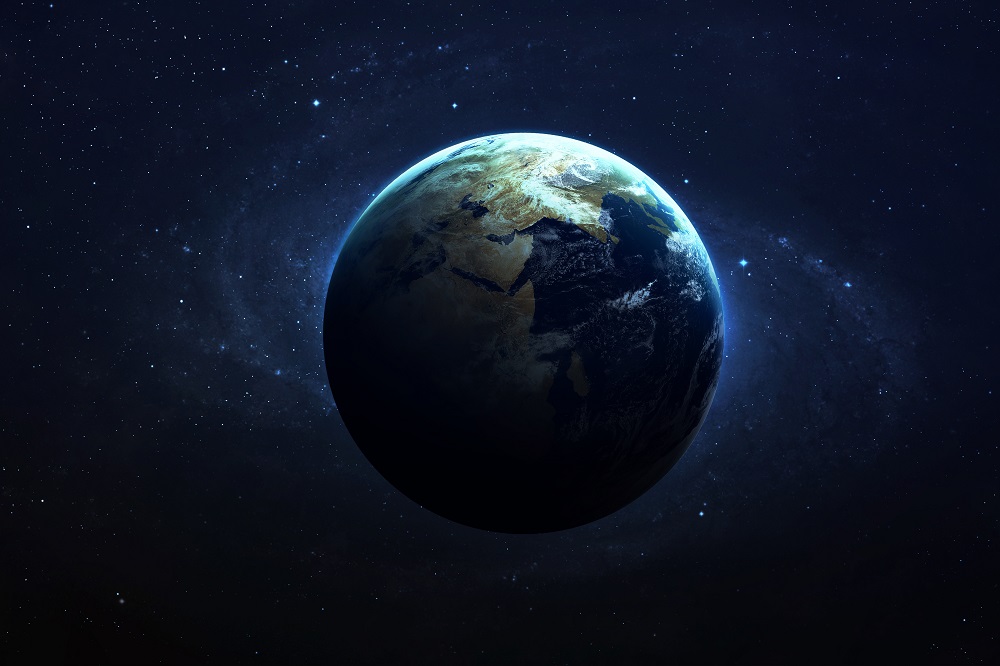 21. The Great Barrier Reed is the largest living structure on earth.

There are possibly as many as 100 billion planets like Earth in the Milky Way.

23. 20% of Earth’s oxygen is produced by the Amazon rainforest.

That’s why we need to save the Amazon rainforests.

The tectonic plates continue to move closer to each other every year.

26. Venus is the only planet to spin clockwise.

Nobody is quite sure why, but it’s believed they may have been pushed off their axis at some stage over the centuries. Another fun fact: Venus doesn’t have any moons.

27. The Earth is not a perfect sphere.

Due to gravity as it spins the Earth has more of a tilted shape. It’s also not flat. True fact!

28. Asia is the world’s largest continent.

29. The world’s largest hot desert is in Africa.

The tree is a bristlecone pine with the nickname Methusela. It’s estimated to be 4,852 years old. 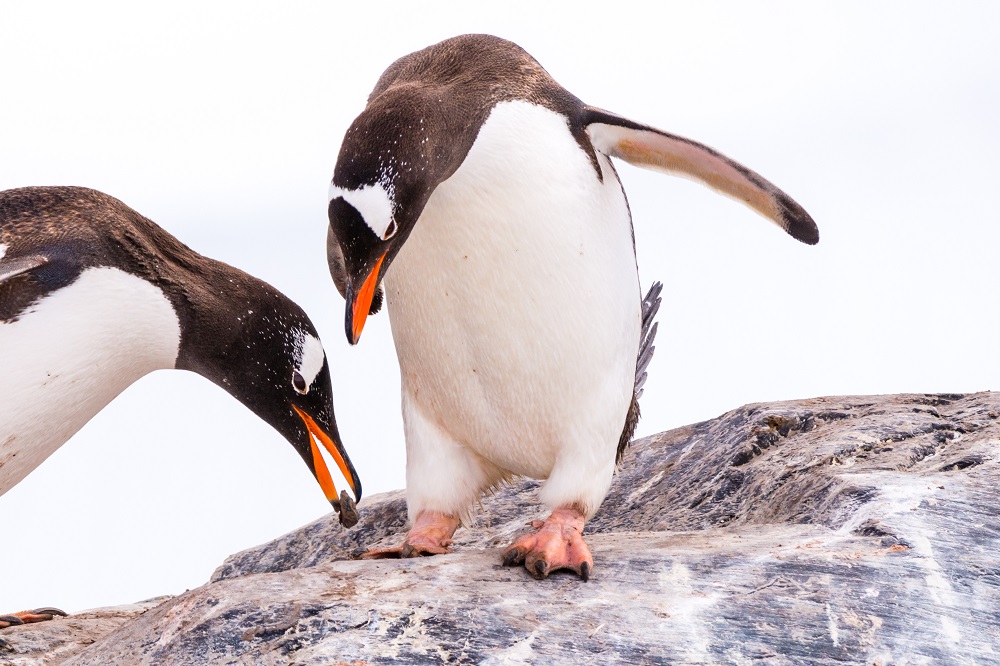 They are the largest member of the dolphin family.

32. Dogs sweat through their foot pads to help keep them cool.

They also keep cool by panting.

33. Starfish have no brains or blood.

They do have eyes though.

Some even last for 90s minutes. Lucky pigs.

35. The oldest living shark is the Greenland Shark.

They don’t have backbones and have an average age length of 392 years.

36. African elephants have a special call that warns humans are nearby.

The discovery was made by a scientist studying the gentle beasts.

37. The male Gentoo and Adelie penguins “propose” to females by giving them a pebble.

That’s why they fly.

40. The turritopsis dohrnii jellyfish is immortal.

After becoming sexually mature it can revert to its younger self and thus never gets old. 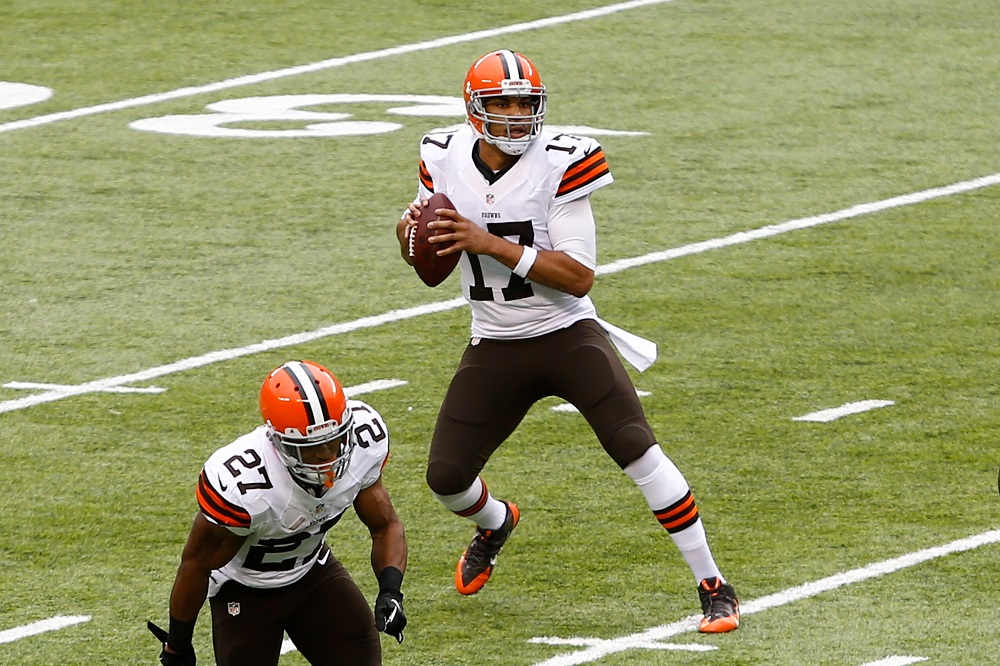 41. Tiger Woods made his first hole-in-one at the age of eight years old.

He has made 20 throughout his life.

42. The Buffalo Bills are the only team to have appeared in four consecutive Super Bowls (1991-1994) and lost them all.

Alongside the Minnesota Vikings, they have appeared in the most Super Bowls without a win.

43. Babe Ruth would wear a cabbage under his cap on hot days.

It was stored in a cooler and used to keep him feeling cool.

44. The silhouette on the NBA logo is Hall of Fame Laker Jerry West.

His nickname is Mr. Clutch for his ability to hit the winning shot time and time again.

45. English soccer club Sheffield F.C. is the oldest club in the world.

They still play in the English Premier League.

46. The Clevland Browns have never been to the Super Bowl.

They are also the only club not to have a logo on their helmet.

47. Between 1990 and the end of his career at the Chicago Bulls, Michael Jordan never lost more than two games in a row.

48. James Fixx, the man who came up with the word “jogging” died from a heart attack while jogging.

Isn’t it ironic, don’t you think?

49. Micheal Phelps has won a total of 28 Olympic medals, the most in Olympics history.

He has 23 gold, three silver, and two bronze. Not a bad haul.

50. Sheep Counting is an official sport in Australia.

They do things differently down under. 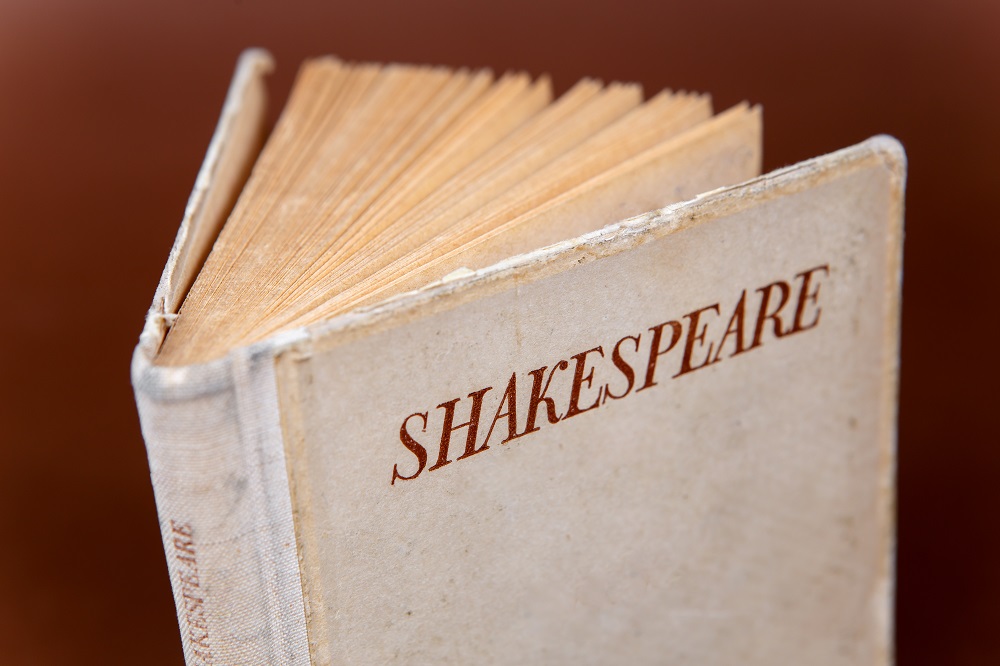 51. George Clooney and Molly Ringwald were both fired from The Facts of Life.

Clooney got the ax because he didn’t get on with the producers (although he was rehired due to his contract) and Ringwald got the boot as she was too young for the character she was originally hired to play.

She only lasted two days after crashing into a car door.

54. Frozen II is the highest-grossing animated film of all time.

He decided to drop the moniker after his mentor, Keith Robinson, told him so.

56. The design for Pacman is inspired by pizza.

As you can see from any image of Pacman, it looks like a pizza with a slice missing.

57. Keanu Reeves performed 95% of his fight scenes by himself in John Wick: Chapter 2.

That’s why the stunts are so life-like.

58. The main characters in Spongebob Squarepants are based on one of the seven deadly sins.

Spongebob is Lust, Plankton is Envy, Patrick is Sloth, Sandy is Pride, Squidward is Wrath, Mr. Krabs is Greed, and Gary is Gluttony.

59. Paul Anka is the father-in-law of Jason Bateman.

60. The Facts of Life was the longest-running show in NBC’s history when it ended in 1988.

There were 201 episodes across nine seasons featuring the likes of Lisa Whelchel, Jo Polniaczek, Mindy Cohn, Nancy Mckeon, and Charlotte Rae. The record was eventually broken by several other NBC shows including Cheers, Freinds, and Fraiser. 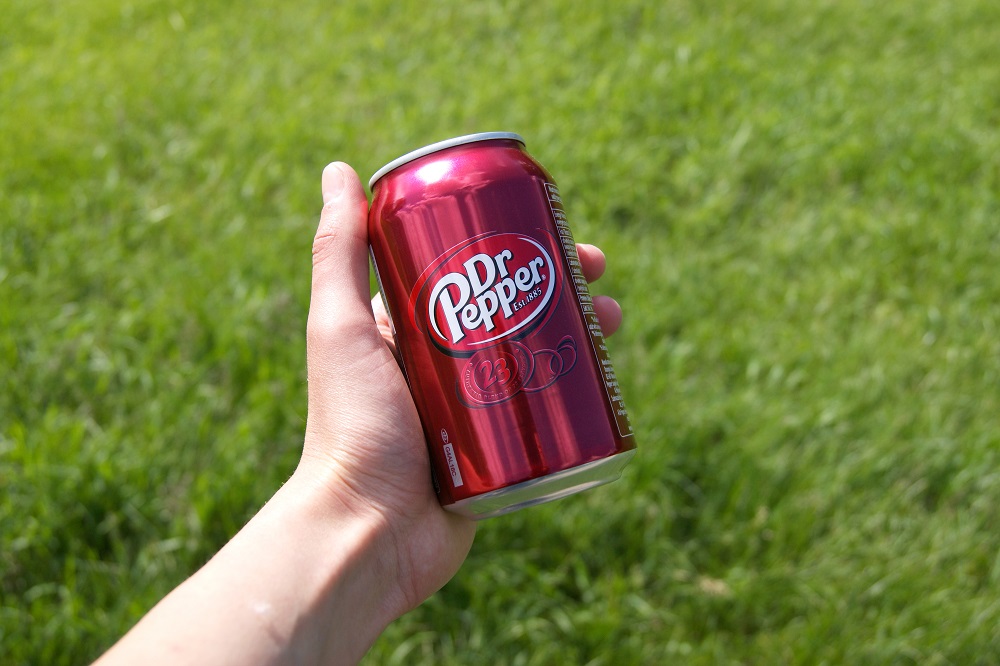 These are closely followed by anchovies, salmon, and halibut.

The special sauce in a Big Mac consists of mayonnaise, sweet pickle relish, and yellow mustard whisked together with vinegar, garlic powder, onion powder, and paprika.

63. Dr. Pepper is the oldest soft drink in America.

It’s believed to have first been served around 1885.

64. Hawaii is the only American state to grow coffee.

This is due to the state having the best conditions to grow the coffee plant.

65. Cilantro and coriander are the same thing.

They are two different words for the same thing.

66. Fruity Pebbles are grains of white rice that have been flattened and puffed up again.

Food coloring and flavoring are added to give them their color and taste.

67. Red wine is the one alcoholic drink that will make you the sleepiest after drinking.

This is according to a study by the British Medical Journal.

They go through an extensive roasting process to remove the toxin urushiol before being packaged and sold.

It doesn’t contain any of the main ingredients you find in chocolate.

70. Oysters are usually alive when you eat them.

They can be harmful if digested when alive, that’s why they are served fresh not long after being taken out of the water. 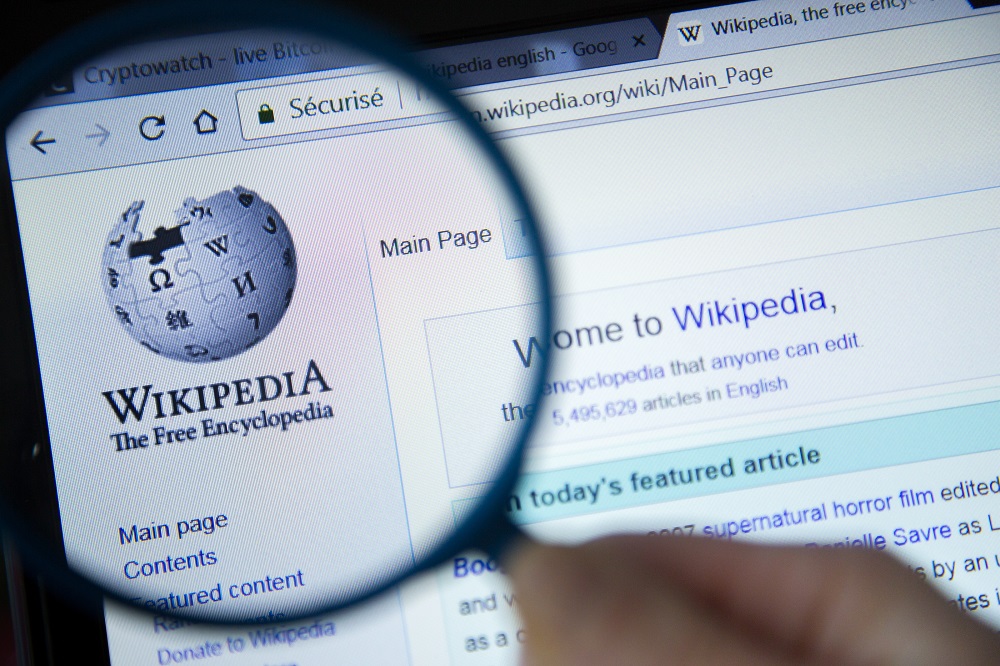 71. Most heart attacks occur on a Monday.

Scientists believe this is due to a combination of the stress of returning to work and drinking too much over a weekend.

Just head to this link and you can fill your computer with your favorite sections.

73. Pneumonoultramicroscopicsilicovolcanoconiosis is the longest word in the dictionary.

According to The Britannica Dictionary, it means “a lung disease caused by inhalation of very fine silicate or quartz dust.”

Smoking is bad in case you didn’t know.

When not filming in front of a studio audience he’s writing books for kids.

That’s the most in the United States.

77. The hashtag is actually called an octothorpe.

It’s believed to originate from the Old English word for village.

According to a study by Michigan State University, the more close friends and family you have, the longer your life expectancy is.

79. Ed Sheeran’s Shape of You is the most streamed song of all time.

80. The unicorn is the national animal of Scotland.

Even though it’s not a real creature, it was chosen due to its association with old Celtic tales about chivalry and purity.

See more about - Vincent van Gogh Quotes: The 74 Most Memorable