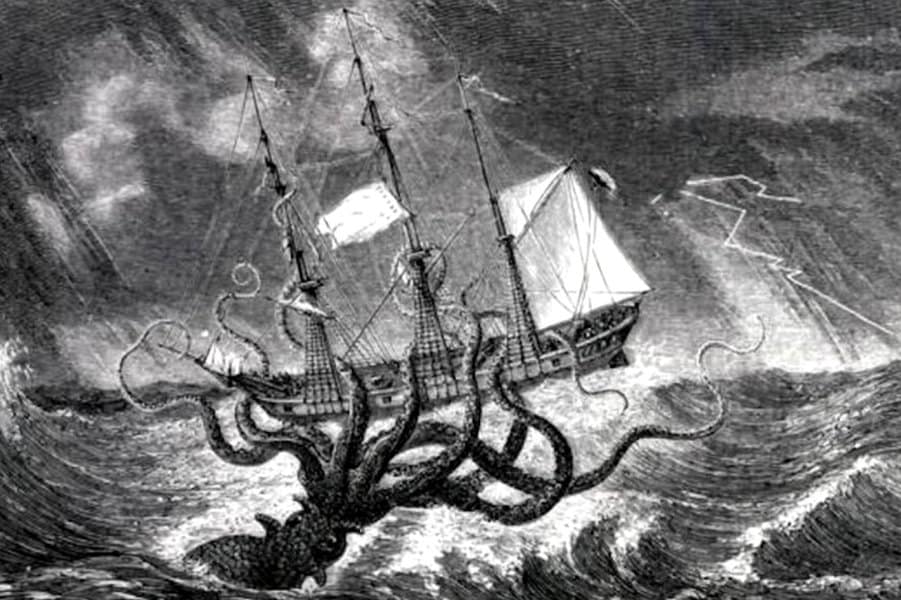 In the distance, a ship drifts out in the open sea. It moves along peacefully in the night, but something’s not right. The haunting vessel slowly moves as waves crash around it. On the ship, there isn’t a person in sight. There isn’t a captain steering the ship or crew members to maintain it. There aren’t even any passengers. Well, this isn’t any ordinary ship. This is a ghost ship.

A ghost ship is a vessel floating in the sea with no captain, crew member, or person aboard. However, there are clear signs of people being on board at one point. There’s often a lot of mystery and questions surrounding ghost ships. It becomes apparent that something happened, but it’s impossible to piece the puzzle together. Several famous real-life ghost ships are shrouded in mystery while numerous terrifying ships are a myth but will still cause nightmares. Find out more about these ghost ships below. 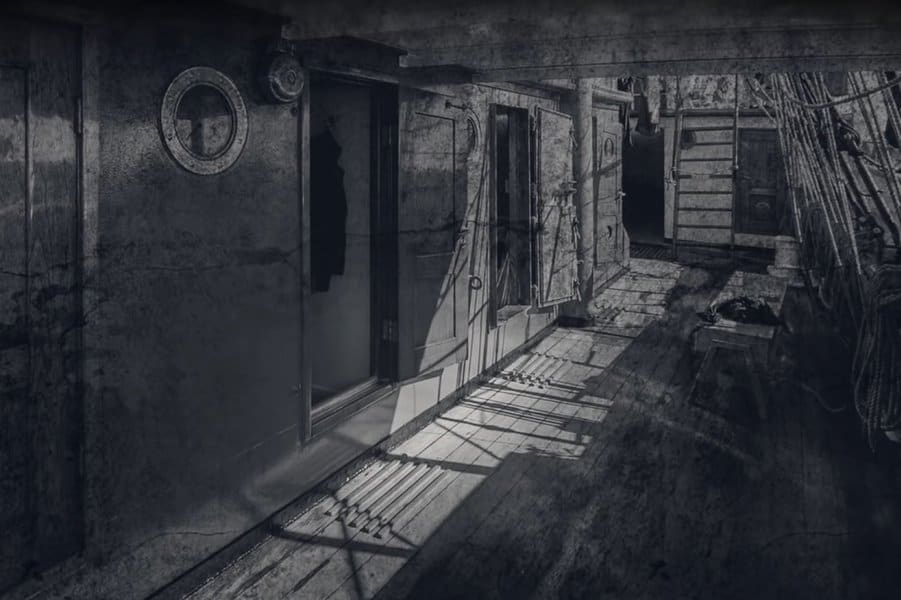 On December 5, 1872, the British ship Dei Gratia noticed the brigantine, Mary Celeste, drifting in the ocean near the Azores. On closer inspection, they realized nobody was on board but nothing seemed out of place. The only thing missing was a lifeboat.

The Mary Celeste set sail one month earlier from New York Harbour. The vessel carried captain Benjamin S. Briggs, his wife Sarah, their two-year-old child, Sophia, and the crew. When the Die Gratia discovered the ship, it was largely undamaged with months worth of supplies. There have been several theories about what happened, including a pirate attack, mutiny, or an attack from a sea monster. The Mary Celeste remains the most famous and mysterious ghost ship. 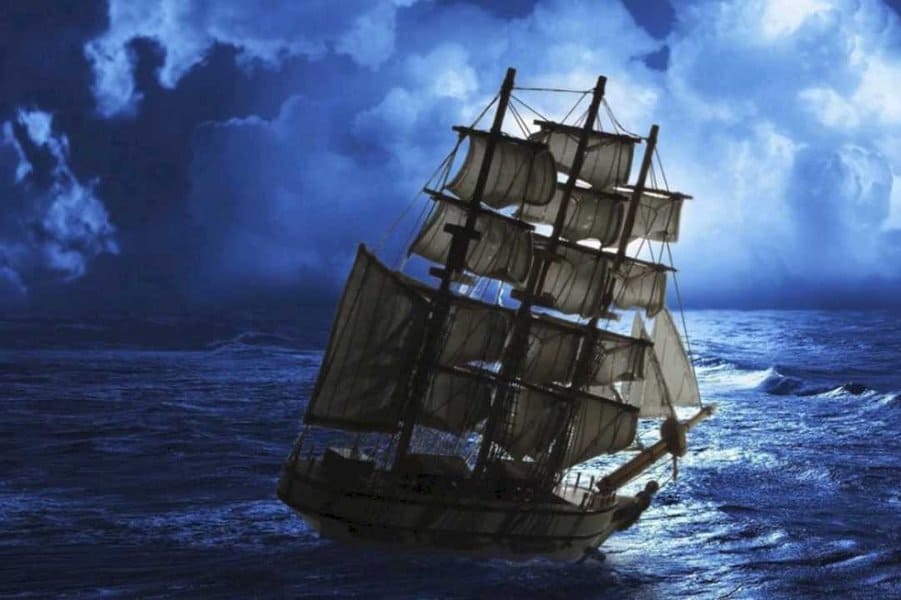 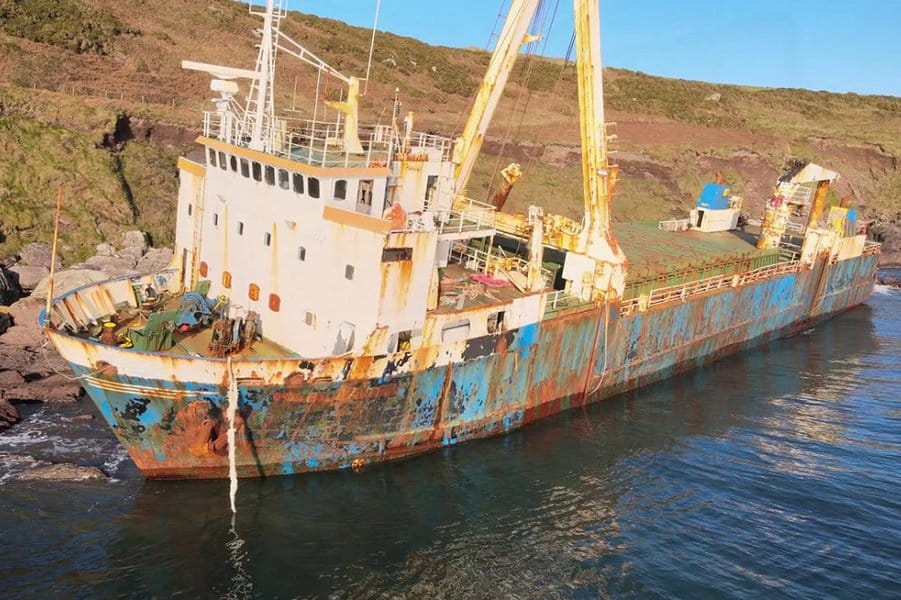 In 2019, the modern-day ghost ship the MV Alta ran aground on the Irish coast. It set sail 18 months earlier, but the engines failed in the Atlantic Ocean. The coast guard acted quickly and saved the crew.

However, the vessel continued to drift into the open sea for 18 months. It’s unclear what happened next, but it was possibly hijacked and abandoned a second time. Ships spotted the vessel in 2020 before washing ashore. The MV Alta is still on the coast of Ireland. 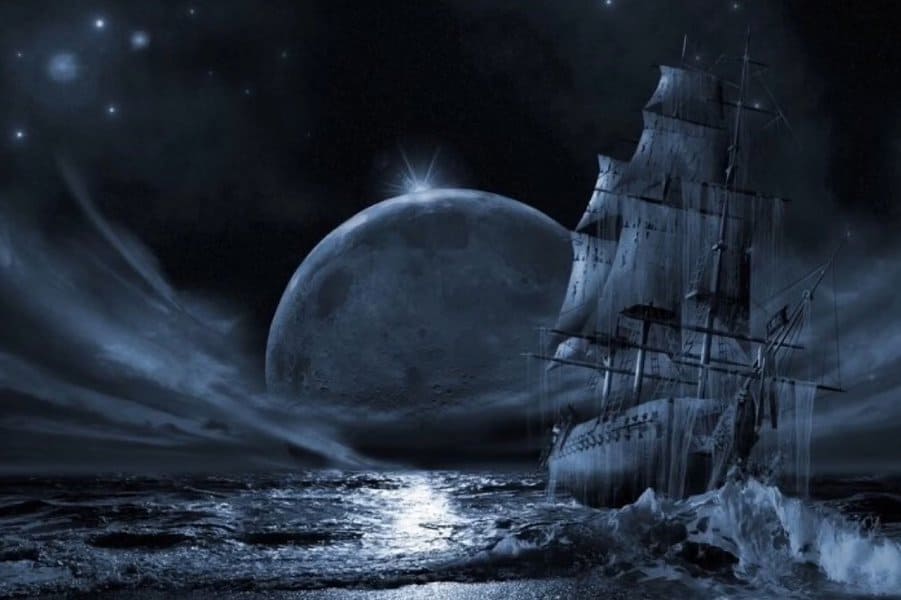 According to legend, the crew of the Herald discovered the mysterious ghost ship Octavius adrift near Greenland in 1775. As the story goes, Octavius was sailing to the Orient when the captain decided to take a shortcut and got stuck in the ice.

They boarded the Octavius and found the entire crew dead but perfectly frozen. The captain was sitting at his table in the middle of writing in his log. The last entry in the log was dated 1761, meaning the ghost ship was in that state for 13 years.

5. Ghost Ship With a Cat 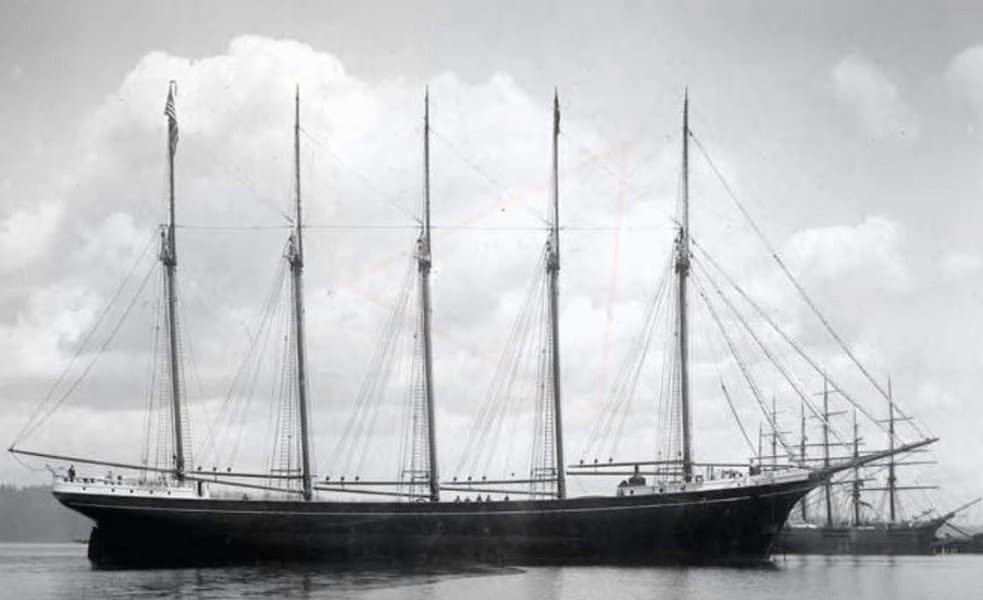 On January 31, 1921, the Carroll A. Deering ship showed up floating near the Outer Banks of North Carolina. The mystery became more bizarre as no crew or people were on board, but there was one passenger, a cat.

The mysterious ghost ship baffled the greatest minds for roughly 100 years. Rumors suggest that the Bermuda Triangle had something to do with the disappearance. 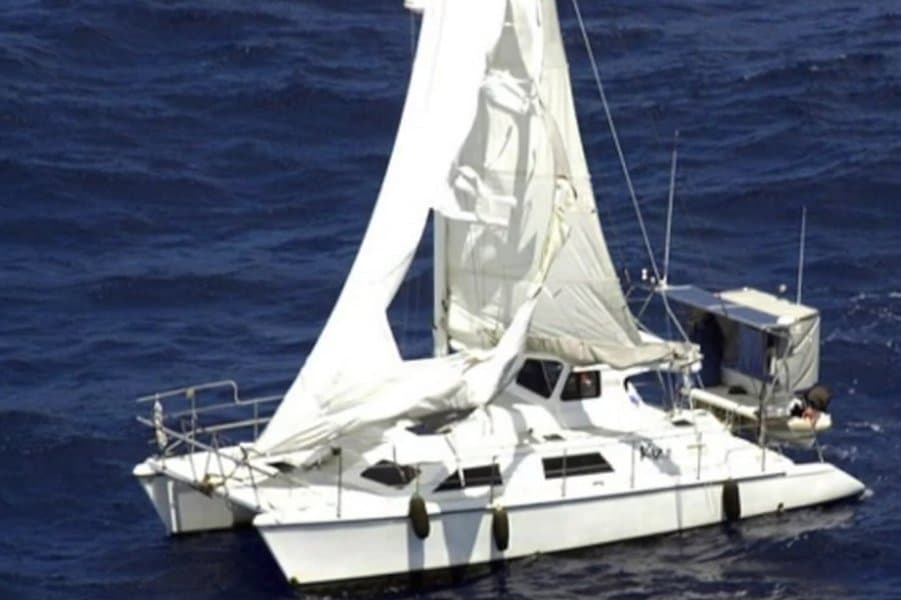 On April 20, 2007, the coast guard found the Kaz II, aka the ghost yacht, adrift near the coast of Australia. On board, everything seemed normal. In fact, a laptop was in the corner, the engine was still running, and the table had dishes and food.

The only thing missing was the three-person crew consisting of Derek Batten, James Tunstead, and Peter Tunstead. Authorities believe the friends fell into the ocean and drowned since they weren’t good swimmers. 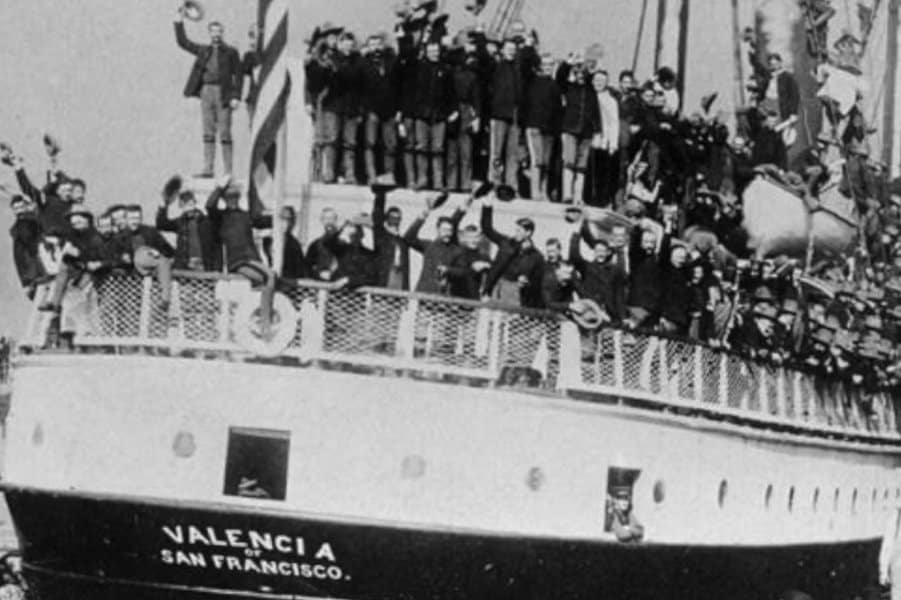 In 1906, the SS Valencia sank off the coast of British Columbia and killed 100 people onboard. However, that was just the beginning of this ghostly vessel. After the sinking, the City of Topeka ship transported survivors back to Seattle.

While traveling, the crew noticed a ship in the distance and decided to tell them about the the Valencia sinking. Shockingly, the vessel was Valencia. The ghost ship continued to its destination with a crew of skeletons on board. 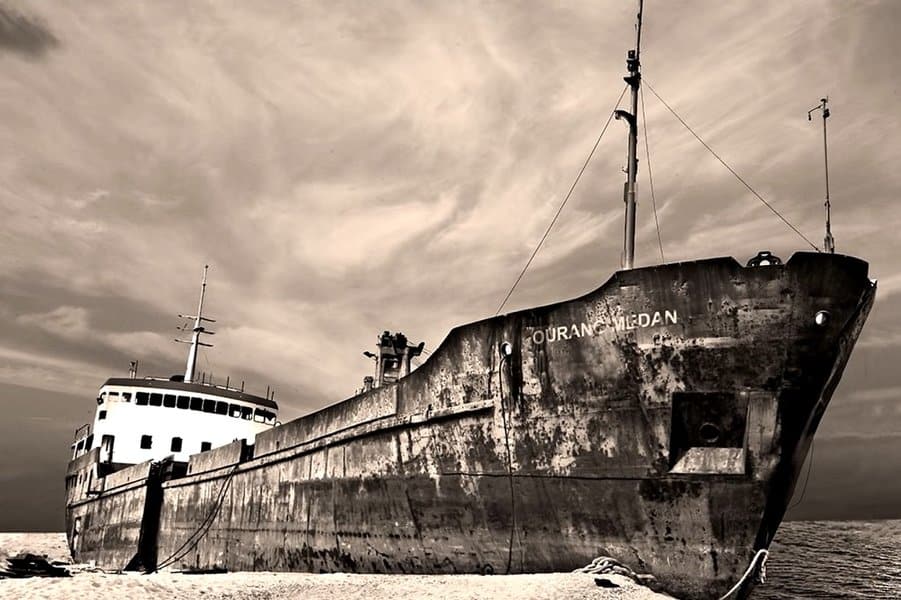 The phantom ship Ourang Medan is part of one of the most haunting stories of the 1940s. According to legend, other ships heard a horrifying distress call before finding the vessel shipwrecked near modern-day Indonesia.

As the story goes, the whole crew died under mysterious circumstances, adding to the mystery. Well, it turns out that the Ourang Medan is an urban legend. There are no records to prove it ever existed in the first place.

The Jian Seng is a mysterious ghost ship that appeared in 2006 near Australia. The coast guard found it floating in the water for an undetermined amount of time. There were no signs of the crew, foul play, or violence.

However, the mystery only became more complex when Australian officials couldn’t track down the owners or any documents relating to the ship. It remains one of the most mysterious ghost ships. 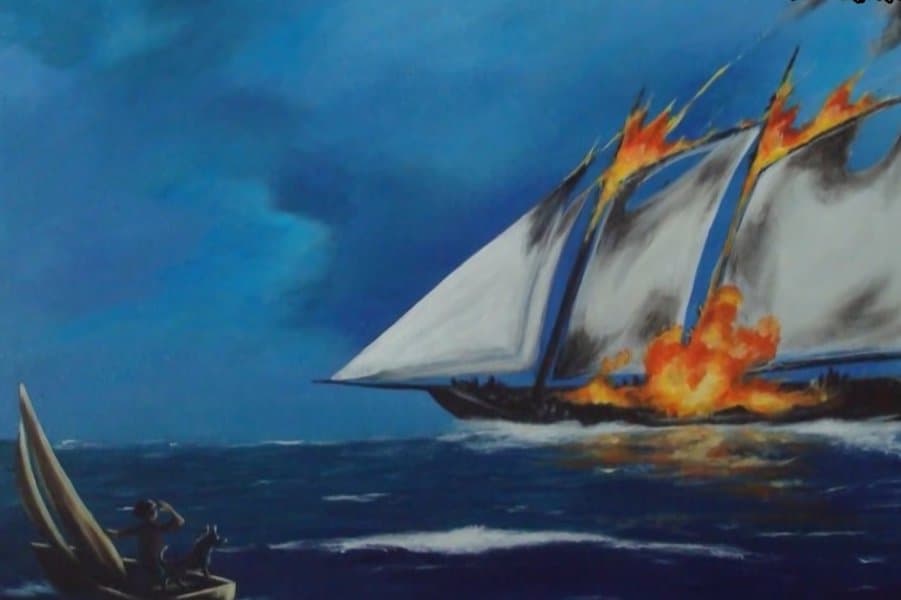 According to Canadian legend, the Ghost Ship of Northumberland Strait appears as a warning of a terrible storm. The ghost ship often appears drifting in the body of water that separates Nova Scotia and New Brunswick from Prince Edward Island. As the story goes, the hauntingly beautiful vessel bursts into flames as it floats in the ocean before the storm approaches. 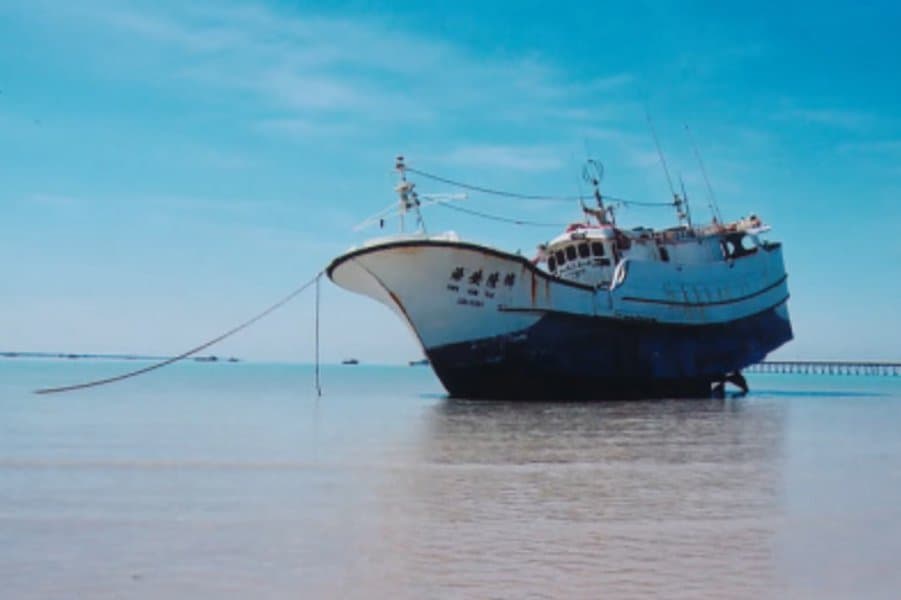 In 2002, the fishing boat High Aim 6 left the port of Taiwan but failed to reach its destination. Instead, the ghost ship ended up floating near Australia. Upon closer inspection, the crew appeared to be missing, but there was no sign of a struggle.

After some investigation, authorities believed that the crew’s ship orchestrated a mutiny. They even found one of the crew members that confirmed the mutiny theory. 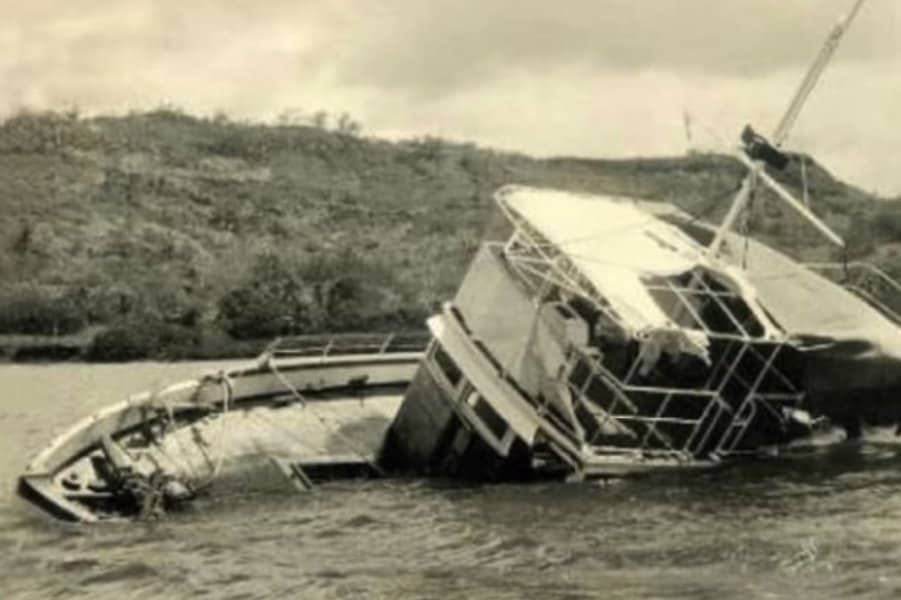 However, the ship was empty with no sign of the crew or passengers. Authorities were puzzled for years and couldn’t solve the mystery. Several theories include a mutiny, an insurance scam, or an injury to the captain. It remains one of the ocean’s greatest mysteries. 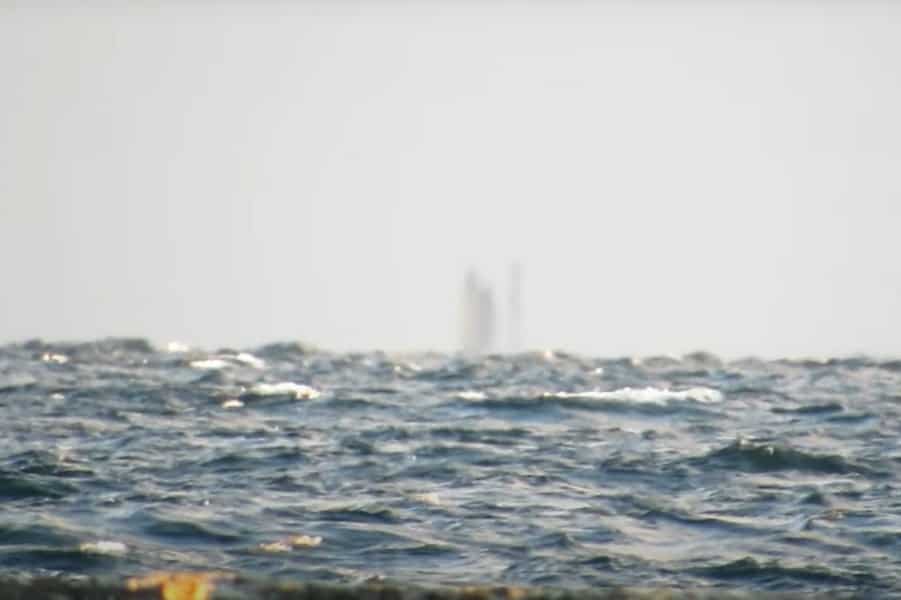 Thousands of ships have passed through the Great Lakes, with many shipwrecks over the years. Therefore, if any area would have scary ghost ships, it would be Lake Superior.

In 2016, a man in Michigan filmed a mysterious ship in the distance on Lake Superior. The monstrous ship appeared to survive the choppy water but there was no record of a ship passing through. The footage quickly led to speculation that a famous ghost ship was haunting the Great Lakes. 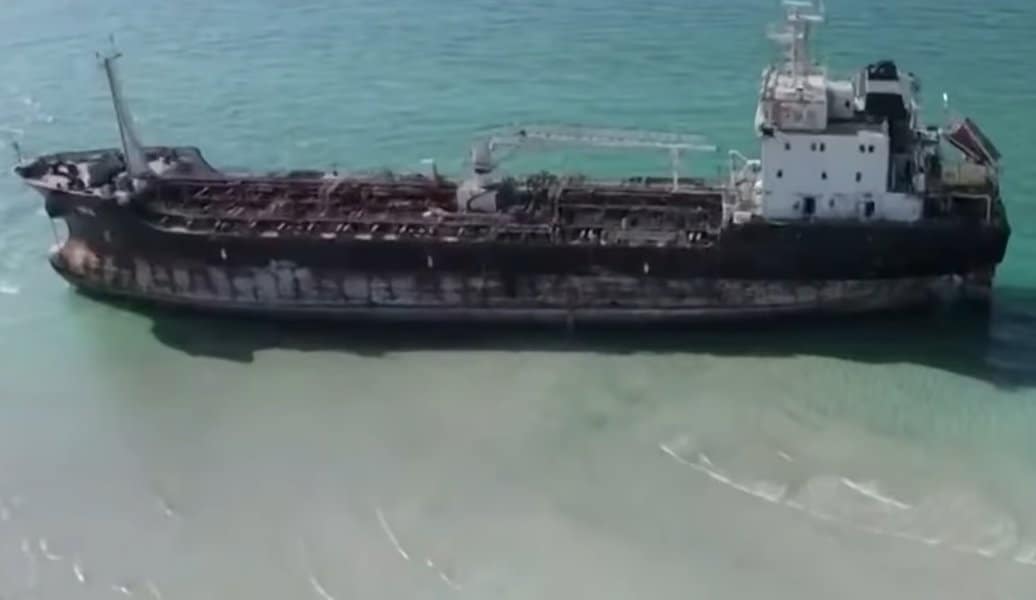 The MT Iba is a different kind of ghost ship. After a rough four years at sea, the MT Iba ended up in the Middle East off the coast of Umm Al Quain. The crew was still on the vessel, but the captain had abandoned the ship.

In other words, the captain was the only ghost. However, if the crew left the ship, they wouldn’t be able to claim their pay. Therefore they remained on the ship until they could figure something out.

The SS Baychimo was a key ship during the 1920s. In 1931, it became stuck in ice but it broke free and drifted away. Eventually, the crew decided to abandon the ship. For the next 38 years, the Baychimo became the most famous ghost ship as it sailed around the world.

A group of Inuits was last to see the Baychimo before it disappeared forever. Presumably, it finally sank to the bottom of the ocean after floating in the sea for decades. 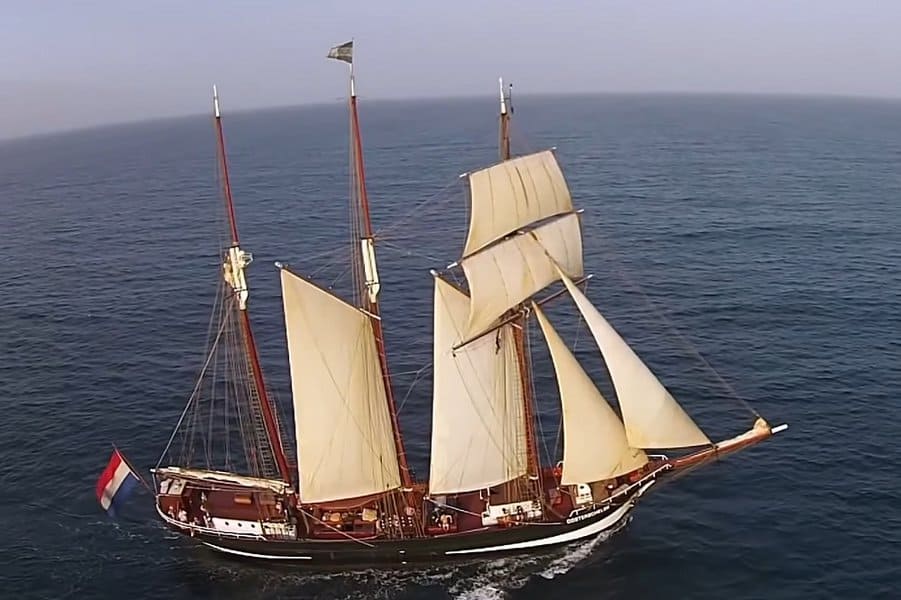 In 2006, the ghost ship Bel Amica appeared off the island of Sardinia in the Mediterranean Sea. The Coast Guard boarded the ship to steer it away from a group of large rocks.

Once onboard, the coast guard discovered a pile of clothes, French maps, a Luxembourg flag, and half-eaten Egyptian food. The whereabouts of the crew remain a mystery. 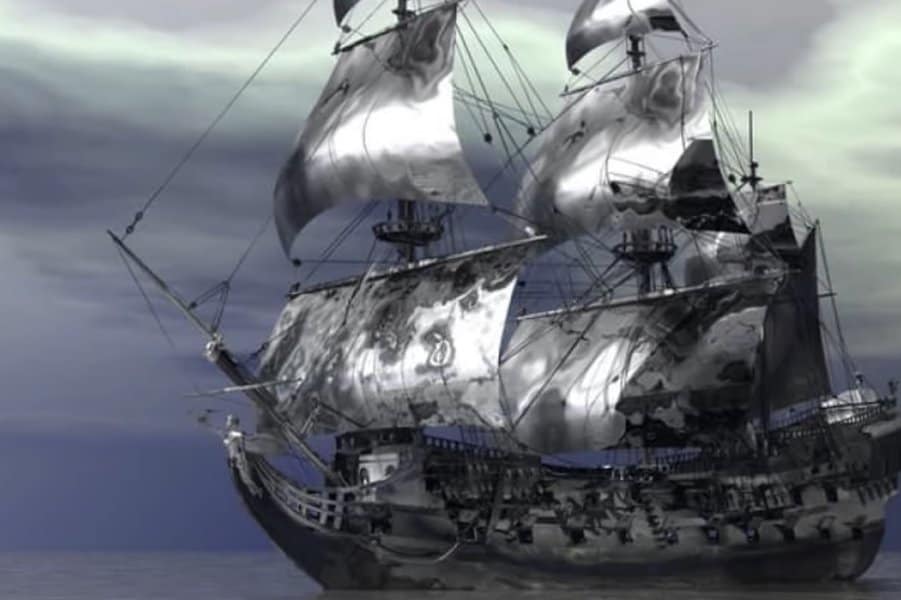 In 1748, the Lady Lovibond vessel wrecked off the coast of England. As the story goes, the first mate crashed the ship and killed everyone because he was in love with the captain’s wife. However, the legend of Lady Lovibond was just beginning.

According to folklore, the ghost ship Lady Lovibond appears every 50 years off the coast of England. There have been a few major sightings of the famous vessel in 1798, 1848, and 1948. 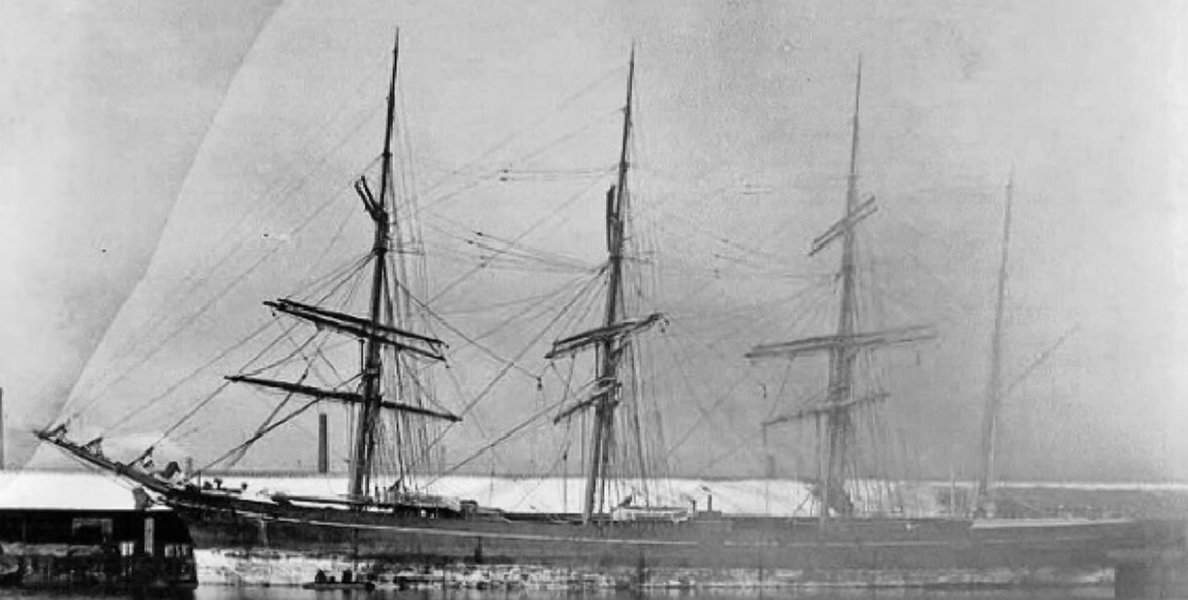 The Zebrina is a famous ghost ship that ran aground off the coast of France in 1917. The puzzling mystery left investigators confused. The mystery became more complex with the crew missing.

The most likely theory is the crew somehow fell off the ship or was washed offboard. Once the crew ended up in the sea, Zebrina just kept going, leaving the crew behind. 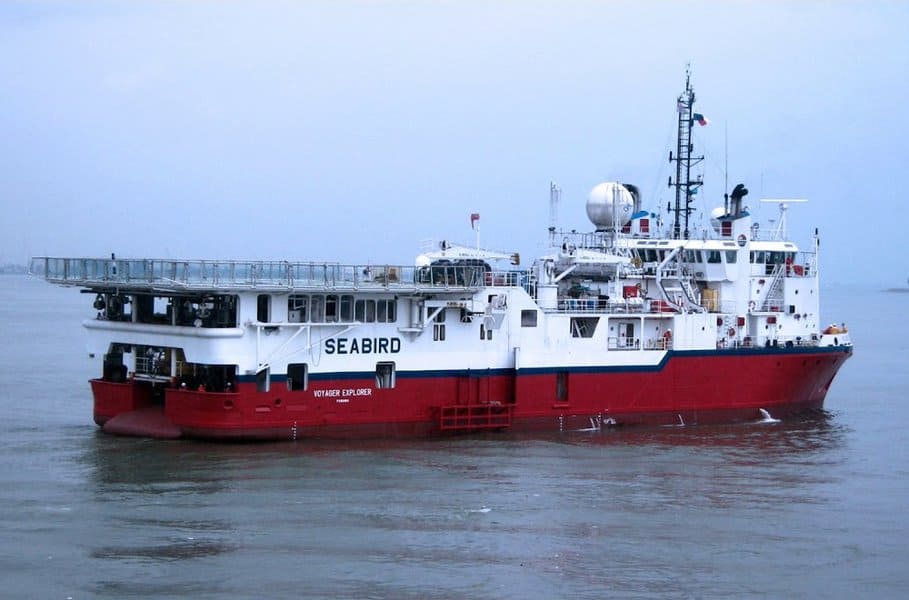 There are many baffling tales of ghost ships, but few compare with the Sea Bird. In the 1760s, the Sea Bird ran aground in Rhode Island. The vessel was missing for a while before it turned up abandoned.

The crew appeared to leave the ship quickly as coffee was left on the stove ready to drink. They also left behind a cat and a dog. The Sea-Bird likely drifted off, leaving the crew standard. 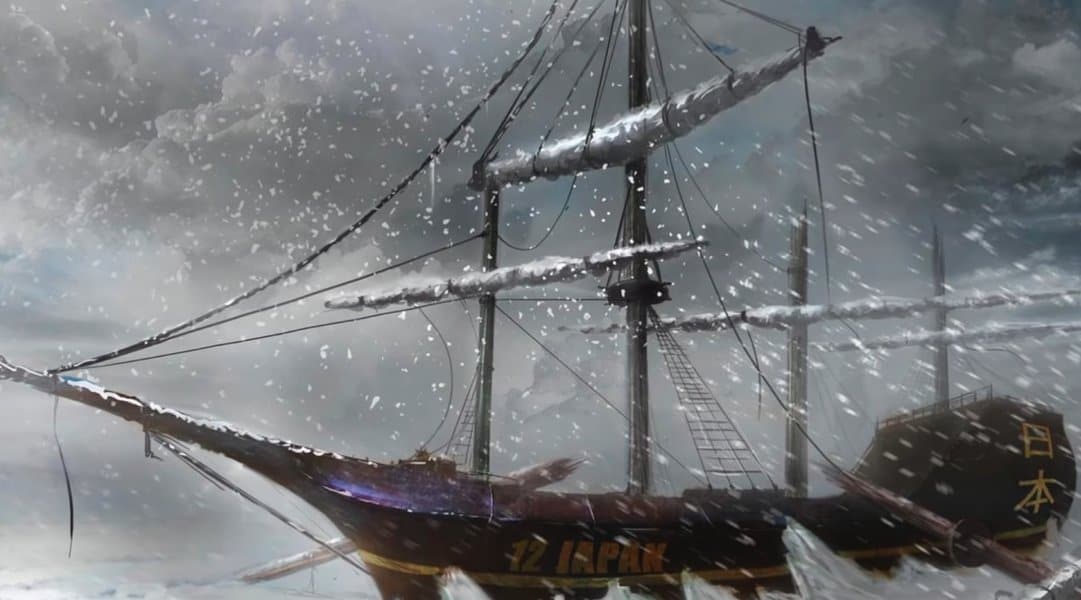 The ghost ship Jenny remains one of the most puzzling mysteries. According to legend, the Jenny schooner left the Isle of Wright in 1822, but she never reached her destination and disappeared into thin air.

In 1840, she reappeared when Captain Brighton discovered Jenny trapped in an ice passage. The cold temperatures and ice froze the crew and preserved them perfectly. Jenny is one of the most terrifying ghost stories. 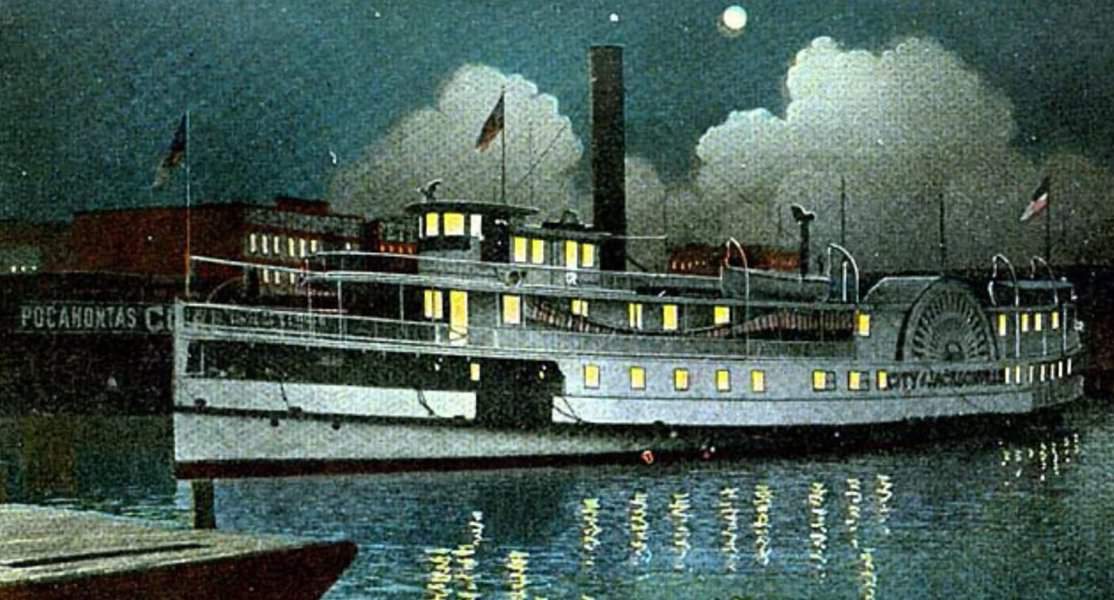 Since the horrible disaster, there have been numerous sightings of the Eliza Battle. Several locals claim to see a burning ship in the distance. The Eliza Battle is easily one of the most horrifying ghost ships of all time.