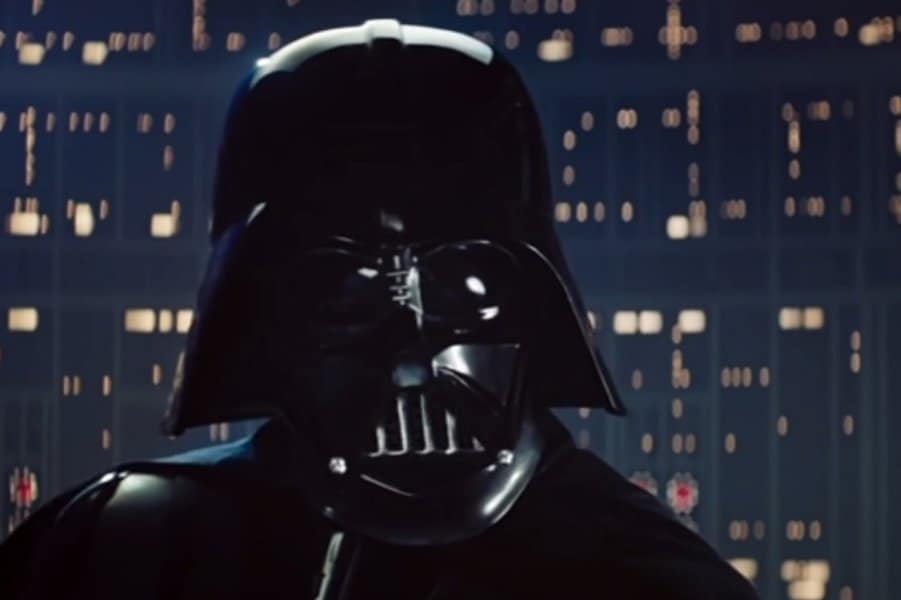 16 Mandela Effect Examples and What They Mean

No phenomenon is as fascinating as the Mandela effect. Memories are complex and influenced by various factors. It’s common for people to remember situations differently. The Mandela effect is a situation where a large group of individuals incorrectly believes an event occurred when it didn’t. Mandela effect examples below detail all you need to know about this strange occurrence.

Origins of the Mandela Effect

Writer and researcher Fiona Broome first used the term Mandela effect in 2009. Broome began to notice situations where a group of people would falsely remember something had happened when it didn’t. It all started when Broome attended a conference and mentioned her memories of South African President Nelson Mandela’s tragic death in the 1980s during his imprisonment.

However, Mandela died in 2013, years after his release from prison. Broome was shocked to discover that others had the same false memory of Mandela’s death. Hence the name Mandela effect. Many even recall watching news coverage of Mandela’s death and his widow’s speech. Broome quickly got to work on a website to detail her observations about the phenomenon.

Confabulation is when the brain fills in holes in your memory with missing information. Individuals do this to make sense of the memory. To be clear, they’re not lying but instead trying to compensate for the missing pieces. It’s a familiar trait among Alzheimer’s patients.

A false memory is a faulty recollection of events. False memories often include some aspects of the truth that resemble facts. On the other hand, several false memories are entirely untrue. Several factors can influence false memories, including the desire for something to be accurate, the internet, or another person’s memory.

Scientists also believe the portion of the brain that stores memories plays a role in false memories. For example, many people incorrectly remember founding father Alexander Hamilton as the former president of the United States. Hamilton never held the presidency. Experts believe the brain stores memories of Hamilton and former presidents in the same part. Therefore, when remembering Hamilton, it’s accompanied by memories of presidents.

One of the more controversial possibilities for the Mandela effect revolves around alternate realities and parallel universes. This theory suggests multiple timelines and universes instead of one timeline. Sometimes, the different universes bleed into each other. For example, many believe Nelson Mandela died in the 80s because that occurred in a different reality.

People in this reality are remembering his death from a different one. Therefore, some people propose that the Mandela effect proves the existence of multiple universes. While this theory is popular, it lacks scientific support. Most scientists and experts believe there is a more practical reason for the Mandela Effect.

Memories are highly suggestible and easily influenced. For instance, priming describes a person’s response to events. When someone hears the word “snow” they connect it to cold, shoveling, and winter. Therefore a phrase like “Did you see the red shirt in my closet?” has more influence on memory than “Did you see anything in my closet?”

It’s common for eyewitnesses to a crime to change their version of events over time. It often happens when information after the event influences a person’s memory of the situation.

The internet has played a vital role in the growth of the Madela effect and the belief that certain events occurred. First, numerous websites claim the Mandela effect proves the existence of multiple universes. At the same time, numerous sites use the Mandela effect to spread misinformation and conspiracy theories.

1. The Berenstain Bears or The Bernstein Bears 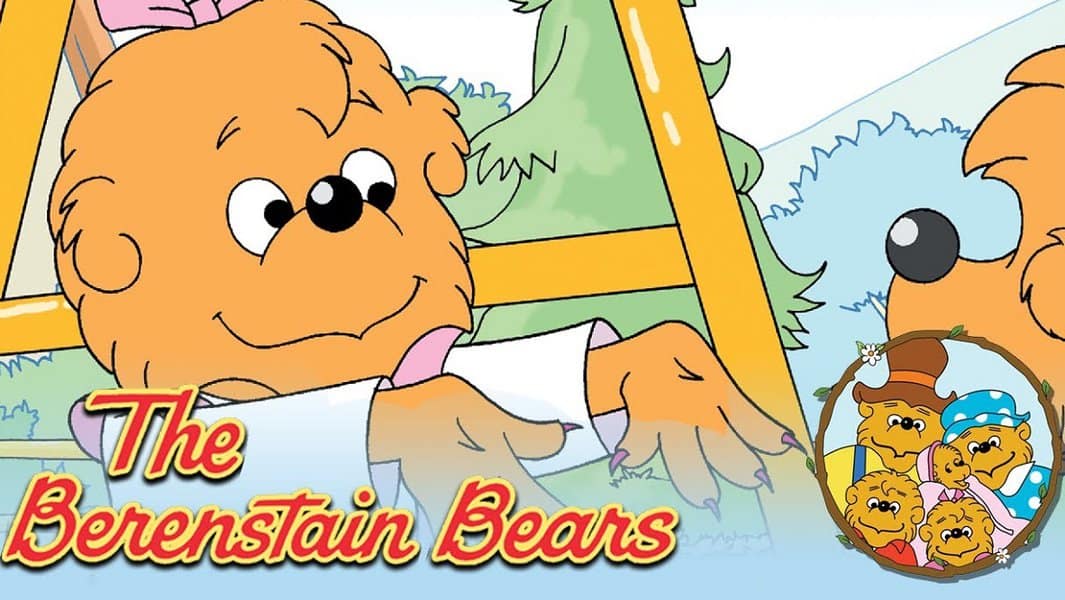 One of the most famous examples of the Mandela effect is the name of the popular children’s book series, The Berenstain Bears. Created by Stan and Jan Berenstain, the first book arrived in stores in the early 60s. However, many recall that the main character’s last name is “Berenstein” with an “e” and not an “a.”

While most people attribute the confusion to a parallel universe, time travel, or an unannounced name change, author Mike Berenstain notes that’s not the case. According to Mike, confusion over his father’s name goes back to childhood. He claims even teachers assumed it was Berenstein with an “e.” However, the series takes its name from the authors, whose last name has always been Berenstain. 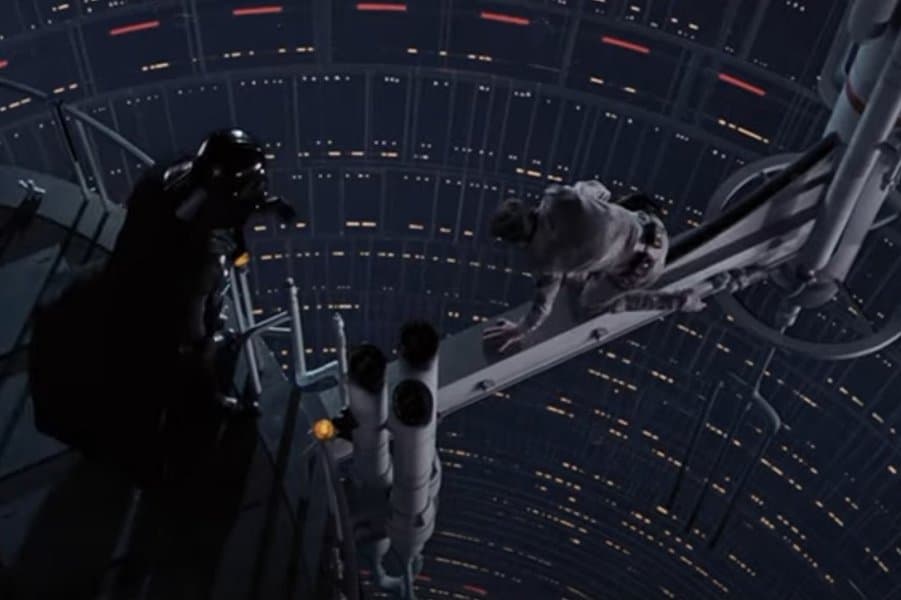 The Star Wars franchise contains memorable characters, classic moments, and unforgettable quotes. However, fans often inaccurately remember the most famous quote of them all. In Star Wars – Episode IV: The Empire Strikes Back, Darth Vader utters one of the most famous lines in cinema history when he says, “Luke, I am your father.” Unfortunately, Vader never says that line to Luke. In reality, Vader’s line to Luke is, “No, I am your father.”

3. Tank Man Not Run Over by Tank 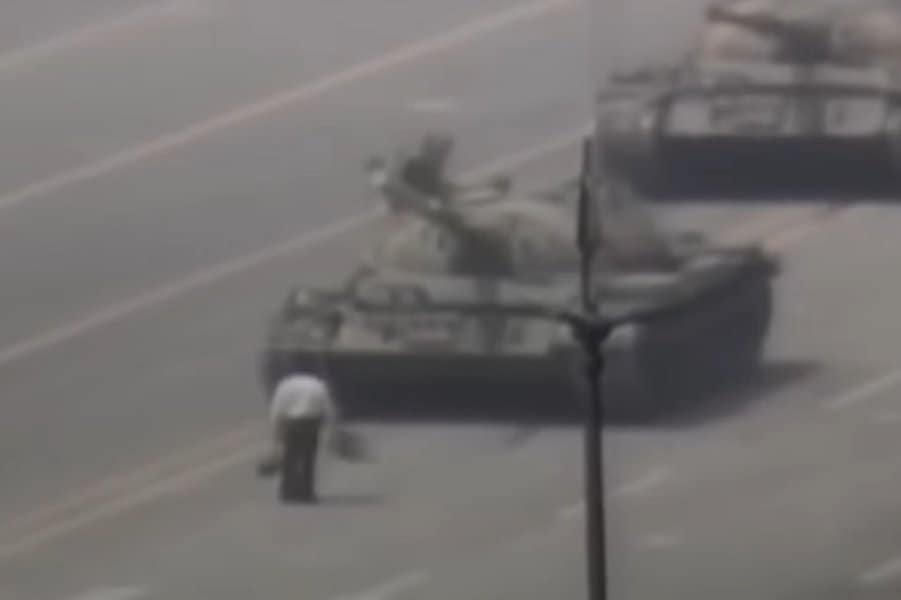 The Tank Man is one of the most iconic images from the deadly Tiananmen Square massacre in 1989. Tank Man famously stood in front of three tanks that were violently clearing out the protesters and students. The fate of Tank Man is unknown, however, many people incorrectly remember the tank running the man over and killing him. There is no evidence this incident took place at that time.

4. Magic Mirror on the Wall 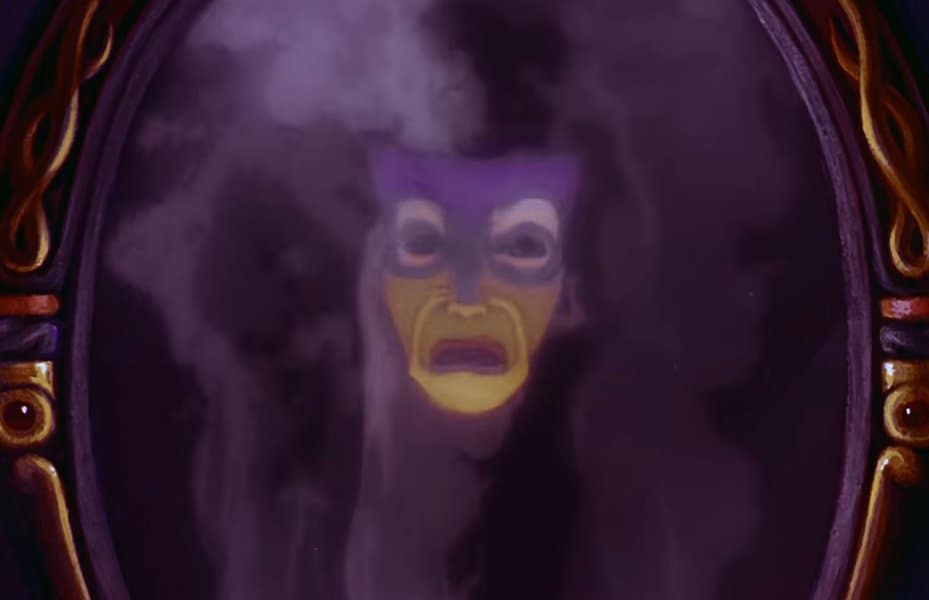 Snow White and the Seven Dwarfs is one of the most famous children’s tales and the first official Disney feature film. Many fans recall the classic line in the movie, “Mirror, Mirror on the wall, who’s the fairest of them all?”

However, similar to Star Wars, fans seem to misremember the line. The line actually starts with, “Magic Mirror on the wall.”

5. Uncle Pennybags Doesn’t Have a Monocle 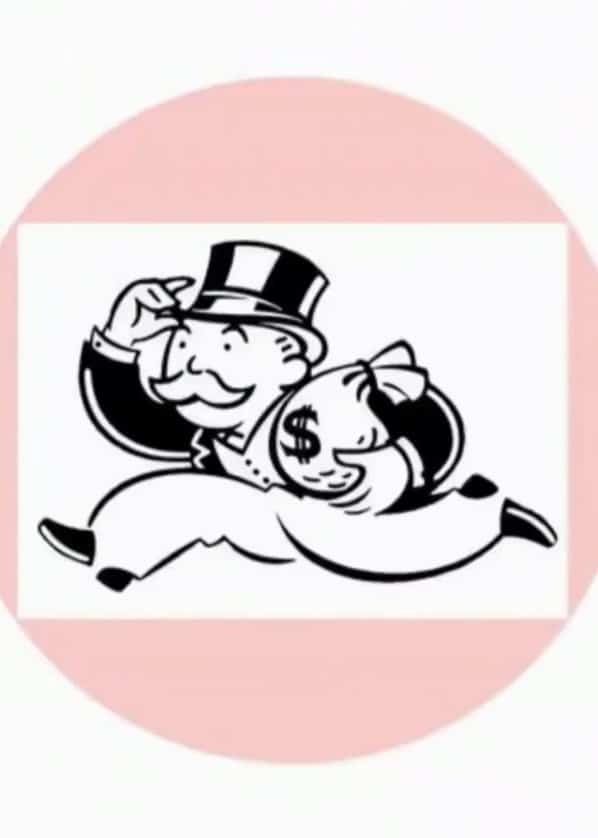 Few board games compare with Monopoly. It has one of the most recognizable mascots in Uncle Pennybags. Despite everyone recognizing him, they often incorrectly recall his appearance. Most remember Uncle Pennybags with a cane and monocle. Of course, he never had a monocle at any point. It’s possible people confuse his appearance with Mr. Peanut, an example of a visual Mandela effect.

6. Curious George Never had a Tail 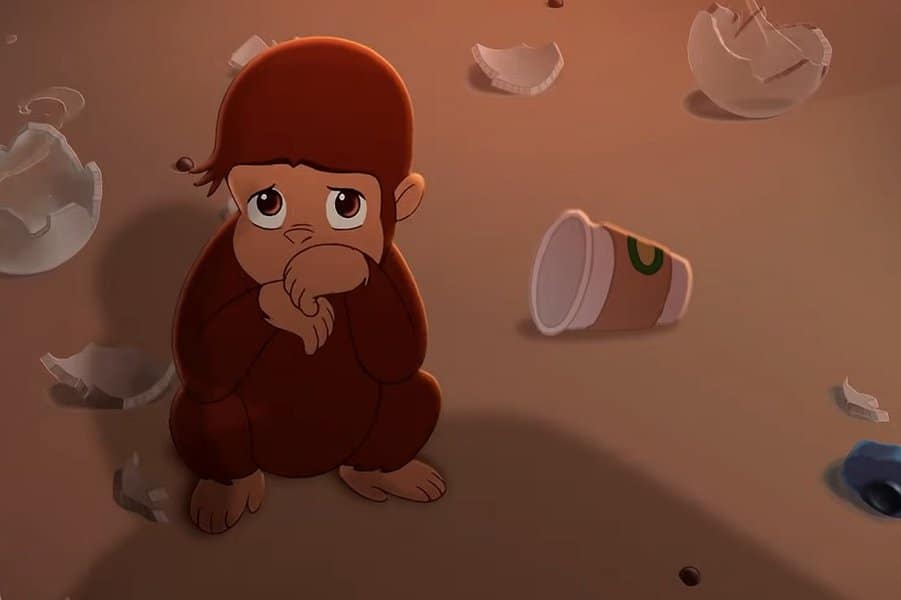 Curious George is part of every child’s life. Despite every child reading Curious George, most people recall George having a distinct tail. However, George never has a tail in any of the books. 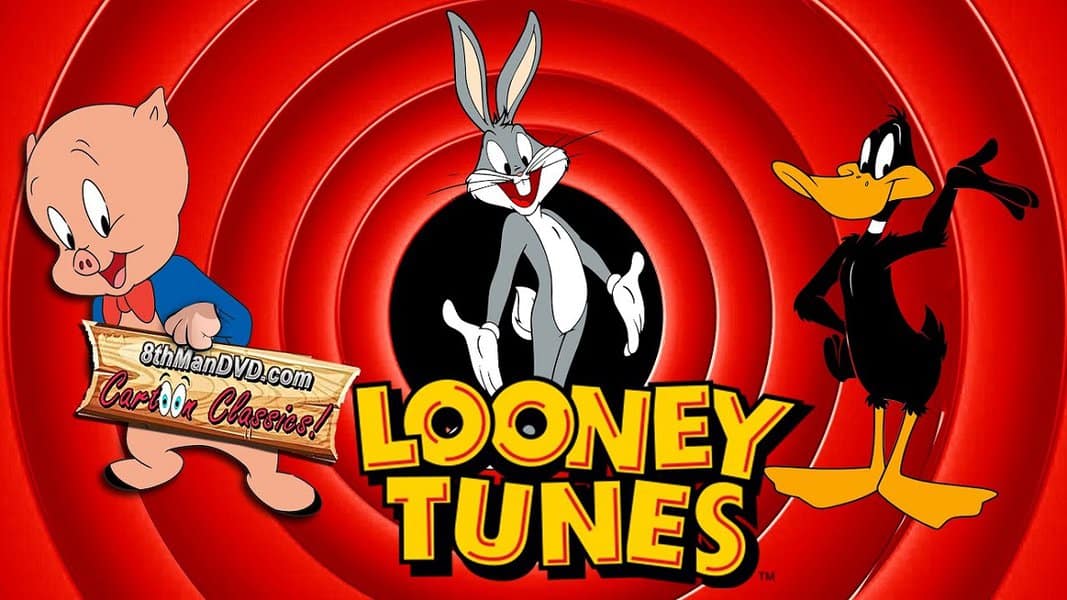 During the golden age of cartoons, it was tradition to sit around and watch hours of Bug Bunny and his friends on the classic Looney Tunes cartoon series. It turns out that most people believe the title is spelled “Looney Toons” as a shorthand for cartoons. However, it’s actually “Looney Tunes” because Warner Bros. incorporated music into each cartoon. 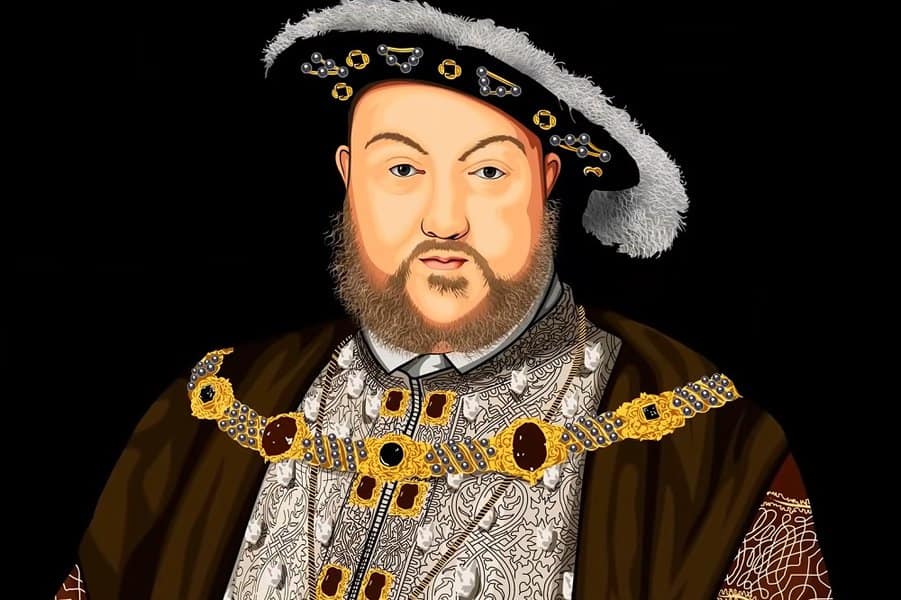 In 1537, Hans Holbein painted one of Henry VIII’s most famous portraits. It’s also the source of a prominent false memory. Some remember Henry VIII holding a turkey leg in one hand. However, he’s actually holding a chain and gloves.

Most likely, movie and TV depictions created false memories. For example, the 1933 film The Private Life of King Henry depicts the king gorging on an entire chicken. Furthermore, Homer Simpson ate a turkey leg in his portrayal of King Henry in The Simpsons. 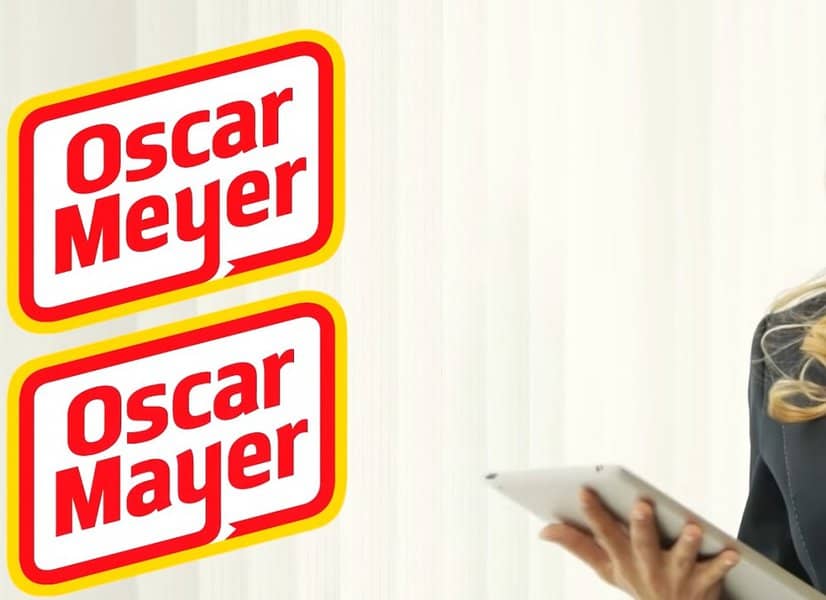 The meat and cold cut company Oscar Mayer takes its name from the German-born founder Oscar Mayer. However, many people claim they remember the brand’s name spelling as “Oscar Meyer” with an “e” instead of an “a.” Regardless, the company has maintained the same spelling since the late 1800s. 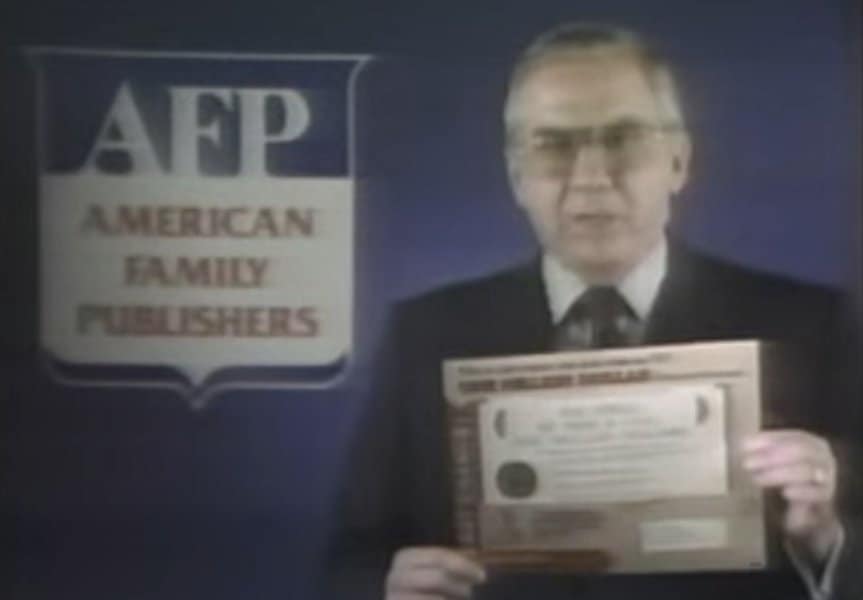 Several individuals vividly recall Johnny Carson’s sidekick Ed McMahon working with Publishers Clearing House handing out million-dollar cheques in commercials. It turns out McMahon never worked for PCH, nor did he hand out cheques for them.

Part of the confusion stems from his working for American Family Publishing. He appeared in newspaper ads and handed out cheques in numerous television sitcom cameos.

11. Fruit of the Loom Logo Never Had a Cornucopia 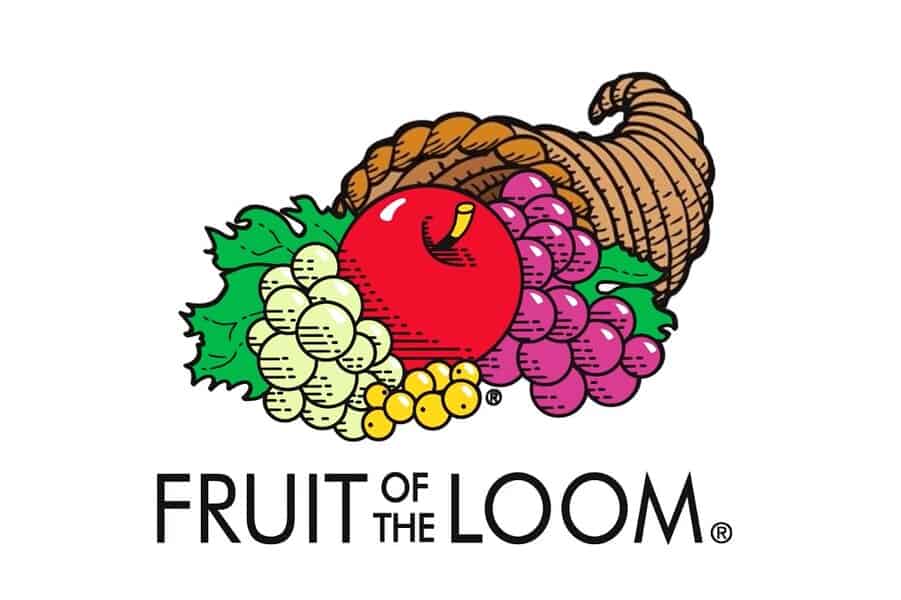 Fruit of the Loom is one of the most iconic logos in history. It famously features red apples, leaves, purple grapes, currants, and green grapes. Another example of a visual Mandela effect, some recall the logo also including a cornucopia or the horn of plenty in the background. It’s actually the image of a basket. 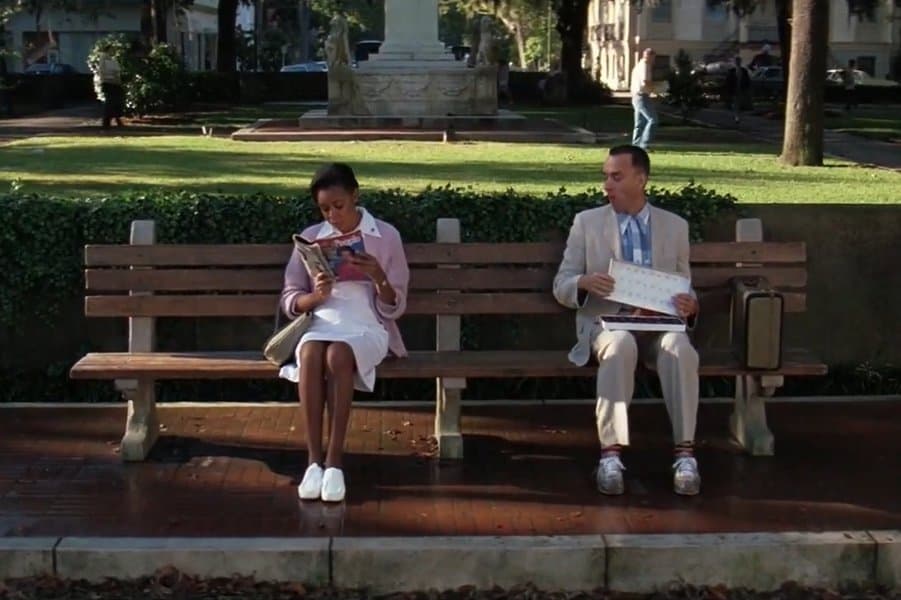 In 1994, Tom Hanks starred in the critically acclaimed Forrest Gump. Like Star Wars, fans often misquote the movie’s most famous line with a very subtle difference. Most people remember it as; “My momma always said life is like a box of chocolates. You never know what you’re gonna get.” However, the actual line has a subtle difference with “was” in place of “is.” The correct quote is, “Momma always said life was like a box of chocolates.” 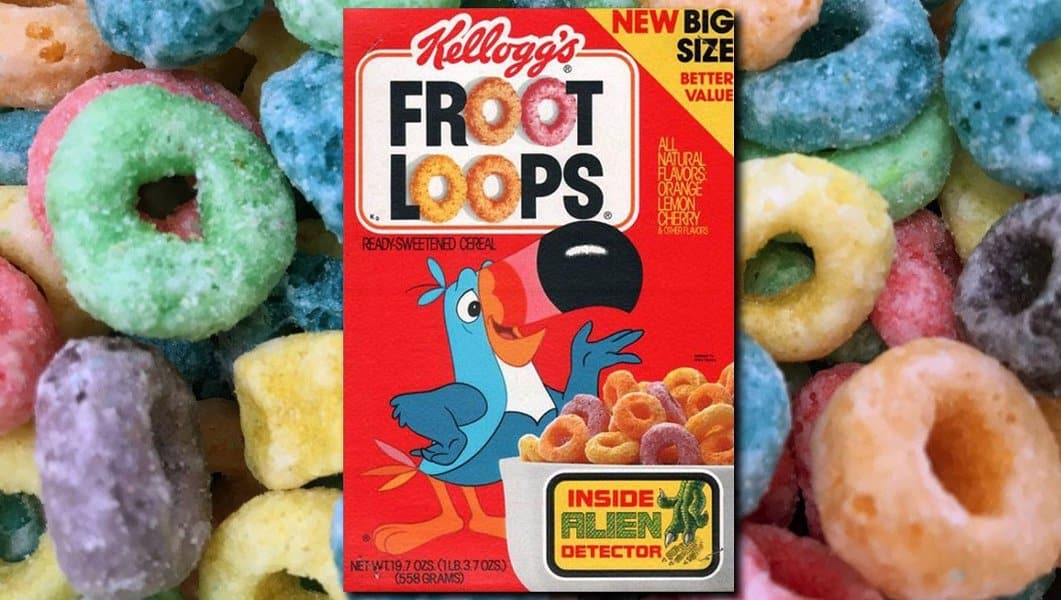 It’s safe to say breakfast wouldn’t be the same without Toucan Sam and Froot Loops. The famous cereal is in most people’s houses and all grocery stores. Hitting shelves in the early 60s, cereal lovers are sure the renowned brand was once Fruit Loops. However, the name has always been Froot Loops. 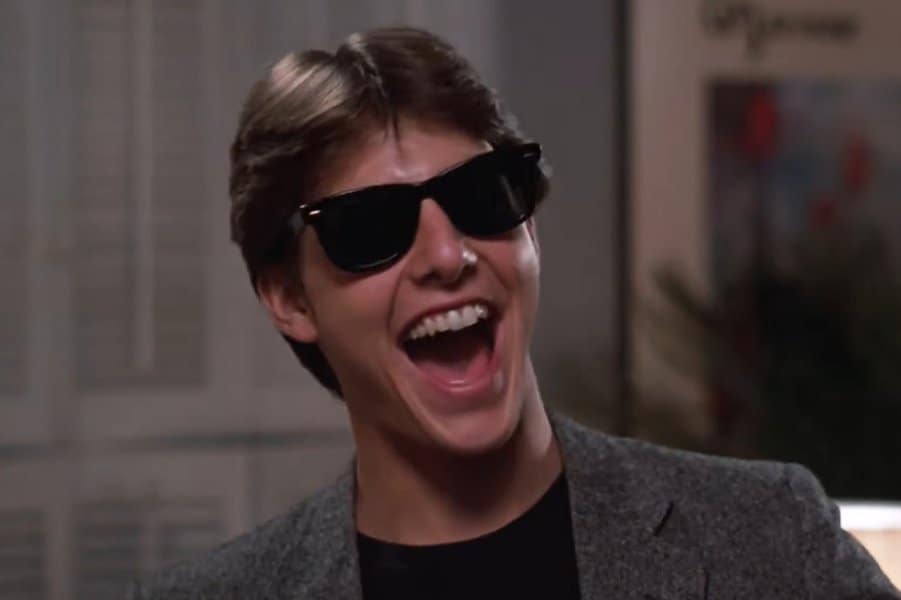 Tom Cruise dancing in his underwear in Risky Business is one of the ’80s most iconic images. Most remember Cruise wearing a pink shirt and sunglasses. However, viewers will be shocked that Cruise is not wearing sunglasses in the scene. The confusion likely stems from other promotional materials where Cruise is rocking his shades. 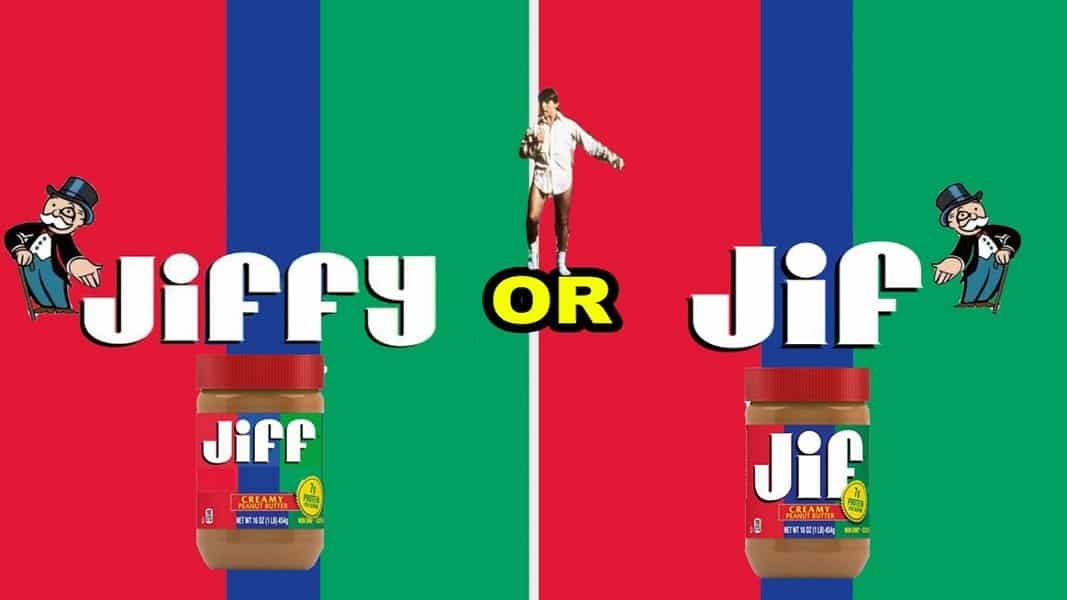 It’s safe to say that no peanut butter sandwich is complete without Jiff peanut butter. However, many people are confident that the brand was once named Jiffy. The confusion is likely related to another famous brand; Skippy. 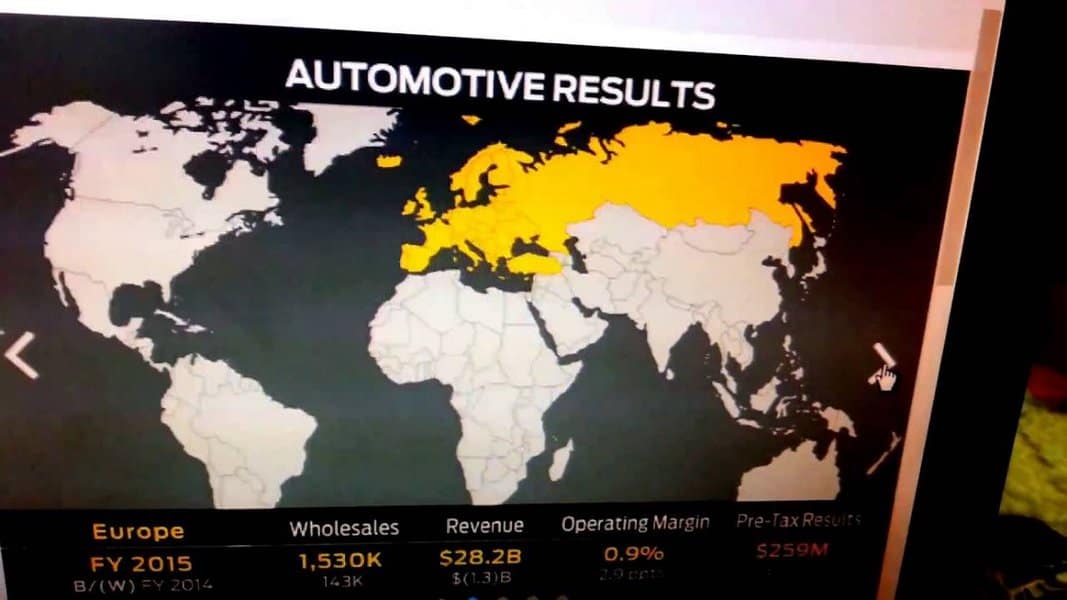 Looking at a map, Australia is clearly on the southeast side of New Zealand. However, there are groups of people in both countries that are confident Australia used to be on the northeast side.

The controversy over the Mandela effect continues. Despite the evidence, many groups still believe the Mandela effect proves multiple universes exist. It’s more likely a case of false memory, confabulation, or priming. These false memories often lead to the spreading of incorrect information. As science proves, there’s often a logical explanation for these shared inaccurate memories.