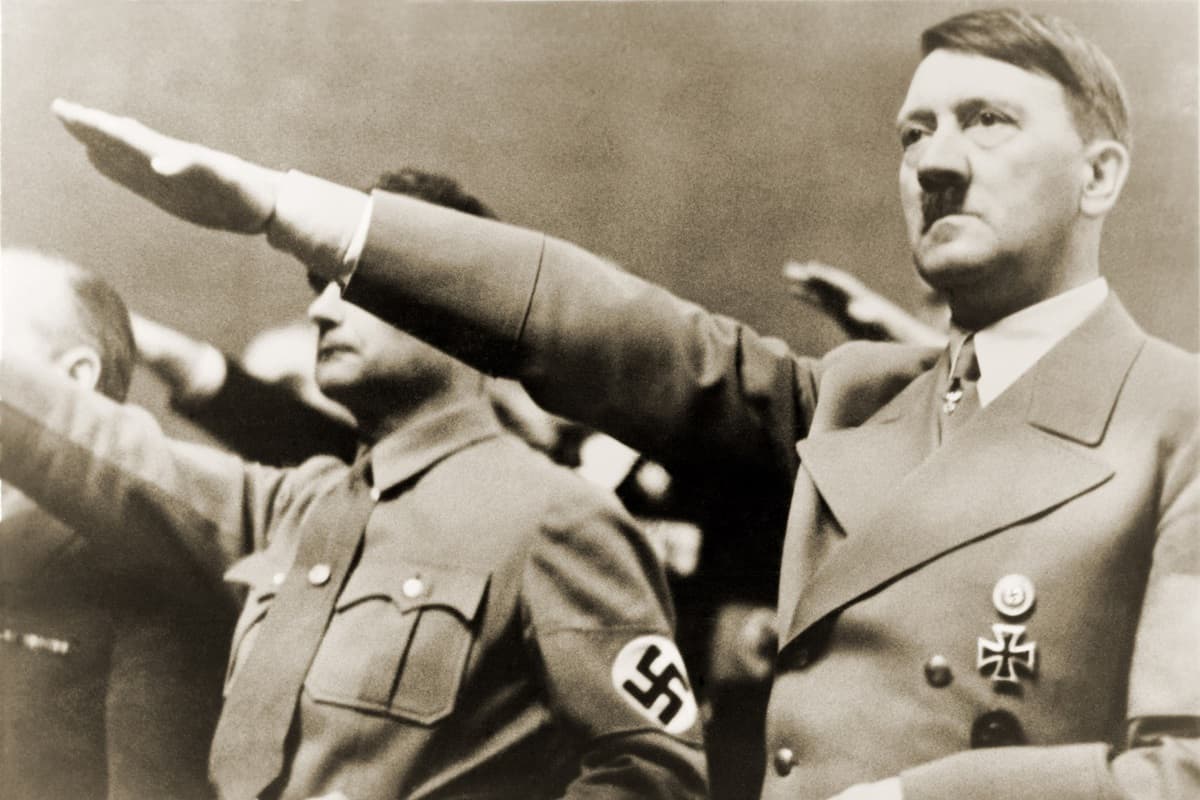 The 13 Most Evil People in History

These people have no humanity or empathy for others. Some of these evil people have carried out nasty deeds on a world stage, while others have impacted communities with their troubling ways. A few of them didn’t even commit crimes themselves, instead, letting their followers do their dirty work for them. What they all have in common is the pure evil that runs through them.

The names of many evil people are most likely appearing in your head as you read this. So prepare to be shocked and appalled at the crimes of the 13 most evil people in history. 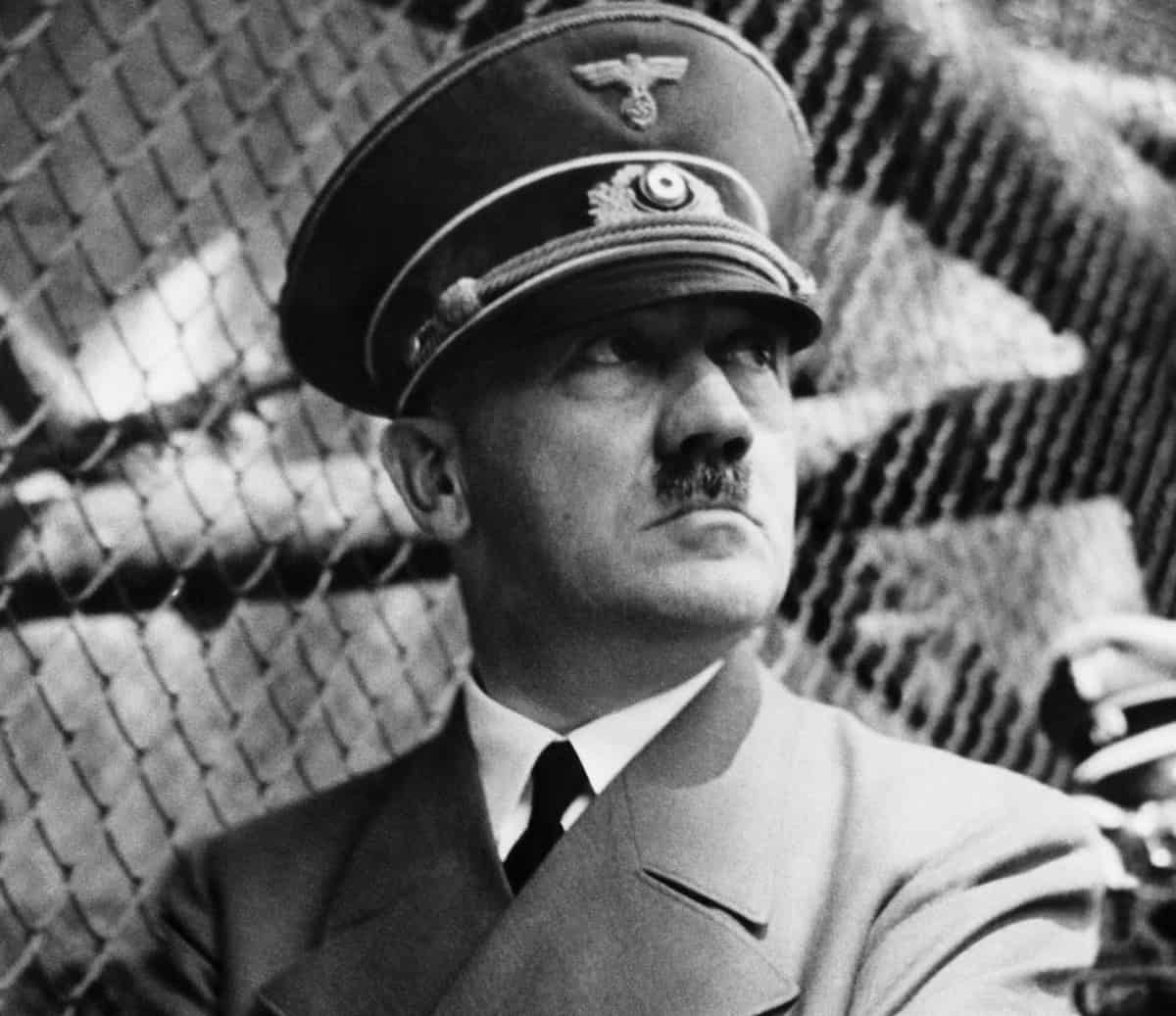 The German dictator was responsible for the deaths of over six million Jews and other minorities during the Holocaust. This alone puts him at the top of the most evil people in history The leader of the Nazi Party, Adolf Hitler was evil to the core. The Führer of Nazi Germany quickly rose to power during the 1930s. He led with a combination of fear and anti-Semitism policies that resonated with Germans after the loss of World War I.

Once in total control, Hitler initiated World War II when he invaded Poland. For six years he and his armies ravaged Europe, with Adolf Hitler indirectly responsible for the deaths of over 50 million people. He was an evil person who died like a coward after committing suicide in his bunker on April 30, 1945. 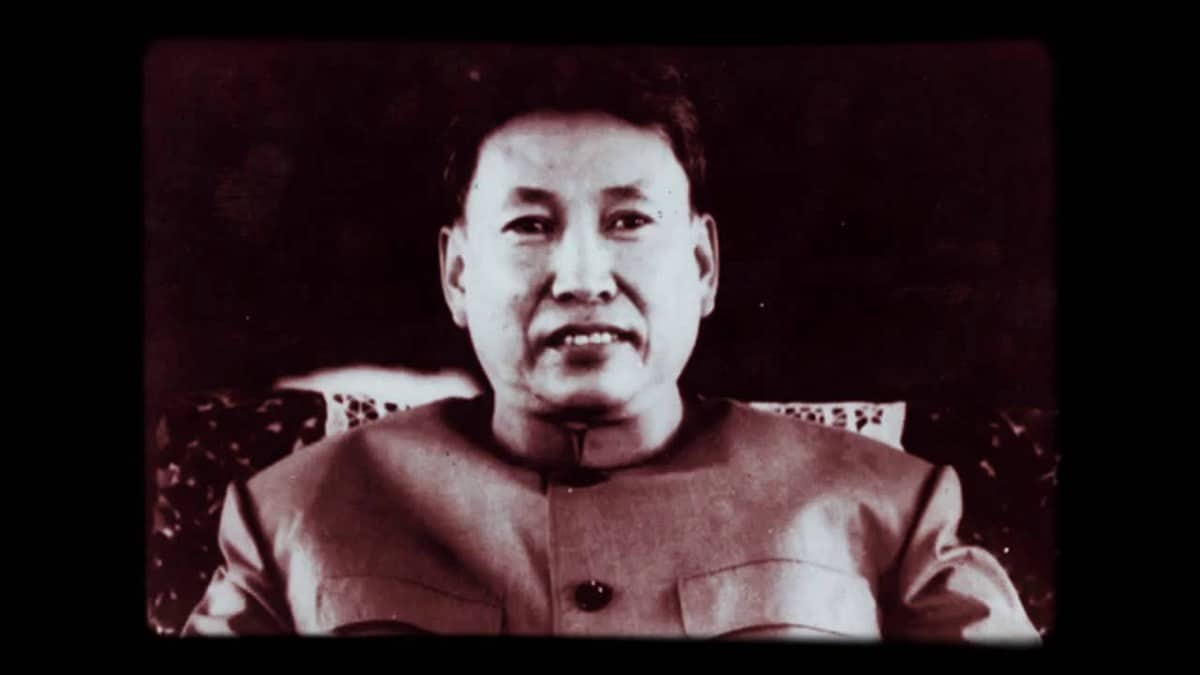 The sadistic leader of the Khmer Rouge, a Cambodian communist party, Pol Pot was another evil person responsible for the deaths of millions. He served as the General Secretary of the Communist Party of Kampuchea from 1963 to 1981. Wanting to install a one-party state, Pol Pot forced many of the population to move from the cities to farms where they would work for the government. Anyone who disobeyed was murdered, while many died from poor health while working on the farms. It is believed that between 1.5 and 2 million people were killed during his reign of terror. This is now referred to as the Cambodian genocide.

His supporters saw him as a visionary who stood up for Cambodia, while everyone else knows what he really was; a tyrannical dictator responsible for the deaths of millions. 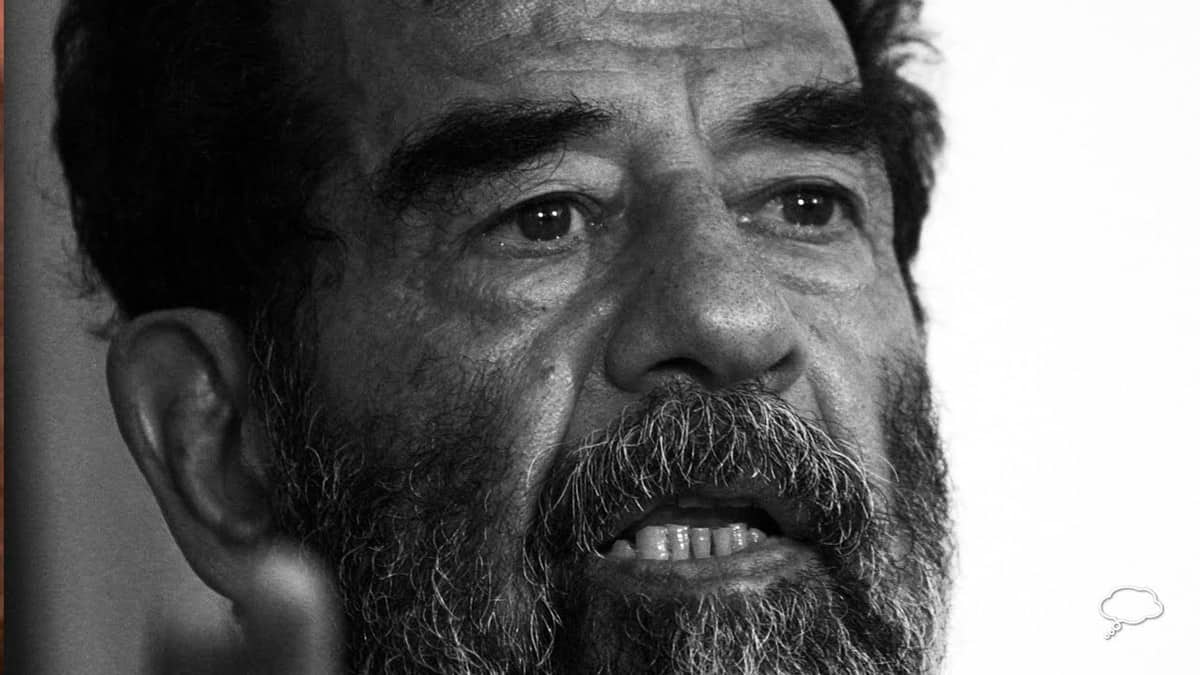 Saddam Hussein was another dictator who used his power to make himself very rich. Controlling the Iraqi government, Hussein ruled with an iron fist and was responsible for ordering the deaths of thousands. His army was involved in many bloody battles with neighbors Iran and Kuwait while he used the country’s large oil deposits to get in bed with many Western nations.

Despite his involvement in the Iran–Iraq War and the Gulf War, Hussein managed to stay in power. It wasn’t until after September 11 when America (and particularly George W Bush) took a much greater involvement in the issues plaguing the Middle East that Hussein’s rule finally came to an end. America invaded Iraq under the pretense that Hussein was hiding weapons of mass destruction. Although no weapons were found, Hussein was captured and charged with crimes against humanity. He was executed by hanging on December 30, 2006. 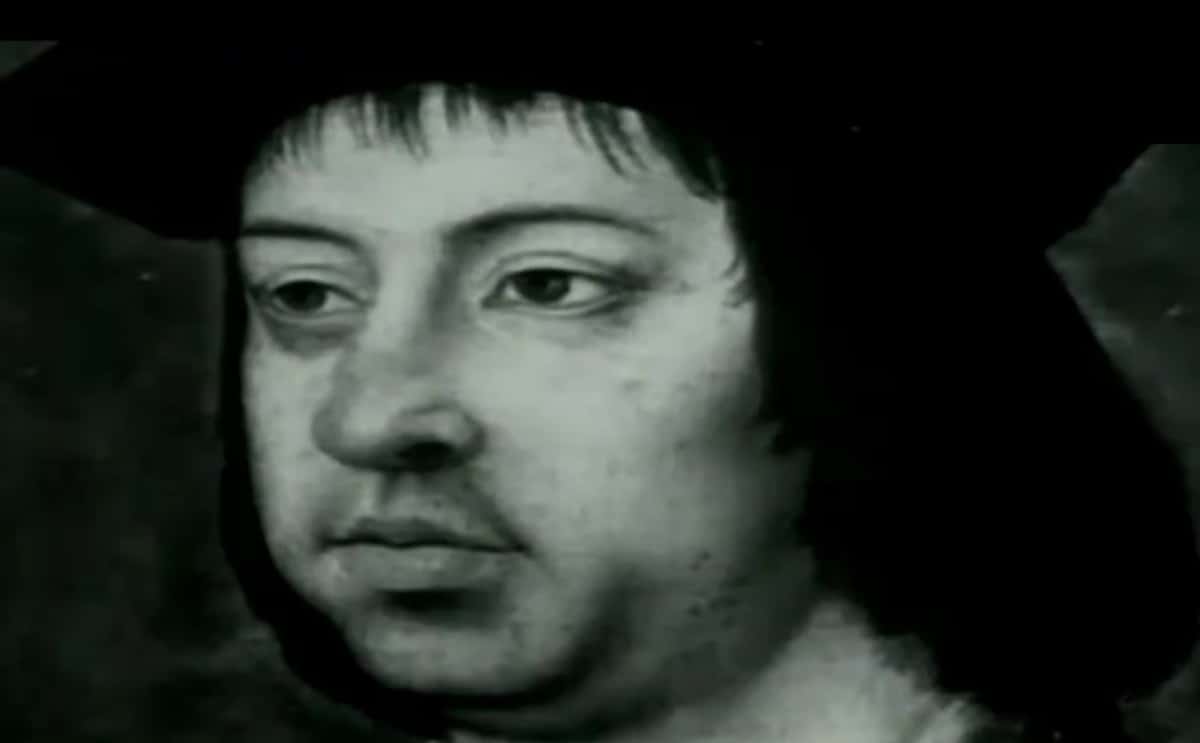 The first Grand Inquisitor, Thomas de Torquemada was a religious zealot. Like many in Spain during the 14th century, he believed Catholicism was the one true religion and anyone who disagreed had to be punished. The Spanish Inquisition was established to help combat heresy but actually helped solidify those in power who ruled through fear and violence.

de Torquemada was one of the nastiest members of the Spanish Inquisition who used brutal torture methods to get confessions from prisoners. He was also responsible for burning thousands of non-believers at the stake. 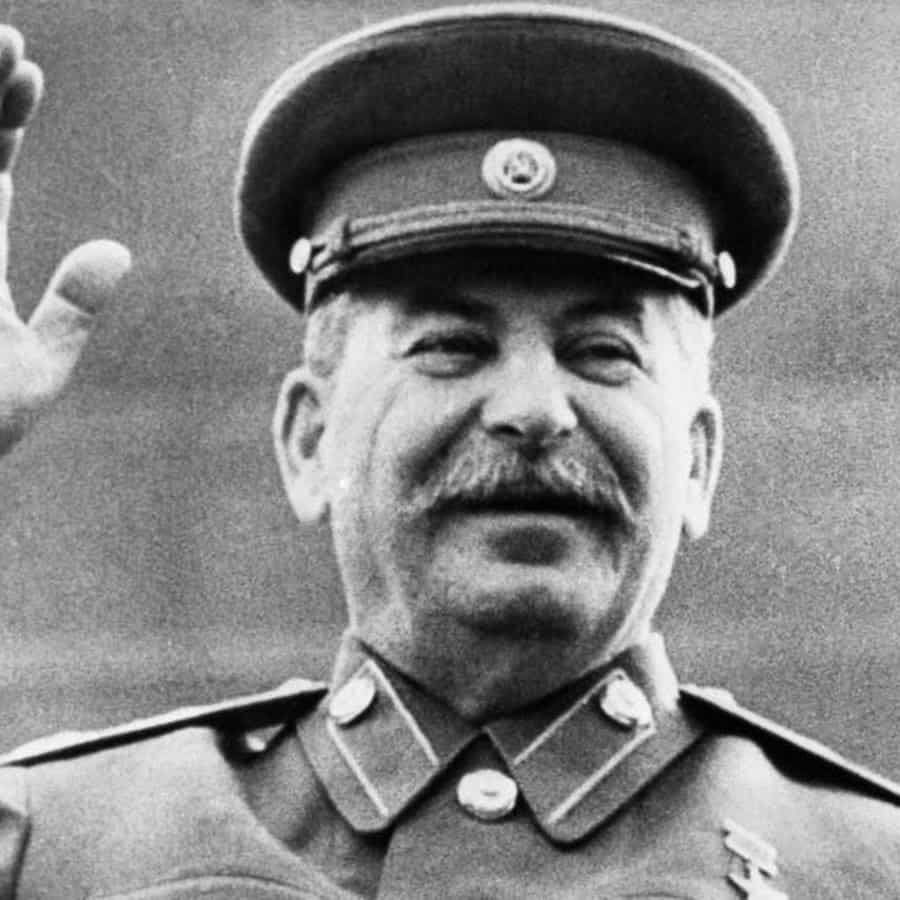 Much like Hitler, Joseph Stalin was loved by his supporters and hated by everyone else. The dictator governed the Soviet Union from 1922 until his death in 1953. His communist identity was influenced by Marxism-Leninism, resulting in his own idea known as Stalinism. Throughout his rule, millions died, particularly during the famine of 1932–33 thanks to his disruption of the economy. Stalin was also responsible for The Great Purge, where a further one million were imprisoned and around 700,000 executed.

To this day Stalin supporters revere him as a champion of the working class, looking past the ethnic cleansing and mass executions that happened during his time in power. 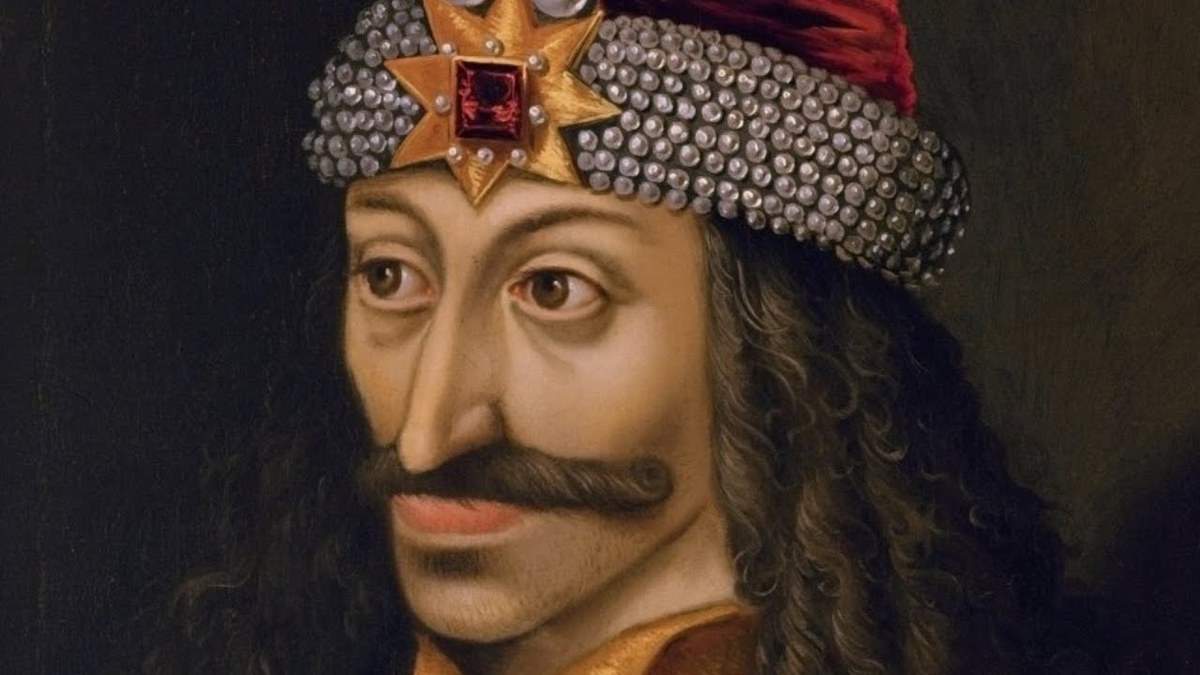 Vlad III is a national hero of Romania who forged a bloody path throughout Europe during the 14th century. The inspiration for Bram Stoker’s Dracula, Vlad the Impaler was a murderous leader who held power on three different occasions between 1448 to 1462. He was a cruel and violent man who had no mercy for his enemies. It was believed his favorite method of execution was impalement. A person would be impaled through the behind until the stake came out of their mouth. He would often leave the bodies of his enemies impaled on the battlefield as a warning. This is also where he got the name Vlad the Impaler from.

There are many stories about Vlad’s cruel and evil ways. Recorded tales from that time say he boiled bodies in giant cauldrons and impaled mothers with their babies. He committed many murderous acts that would be considered genocide by today’s standards, yet his achievements have seen him regarded as one of the world’s greatest leaders. 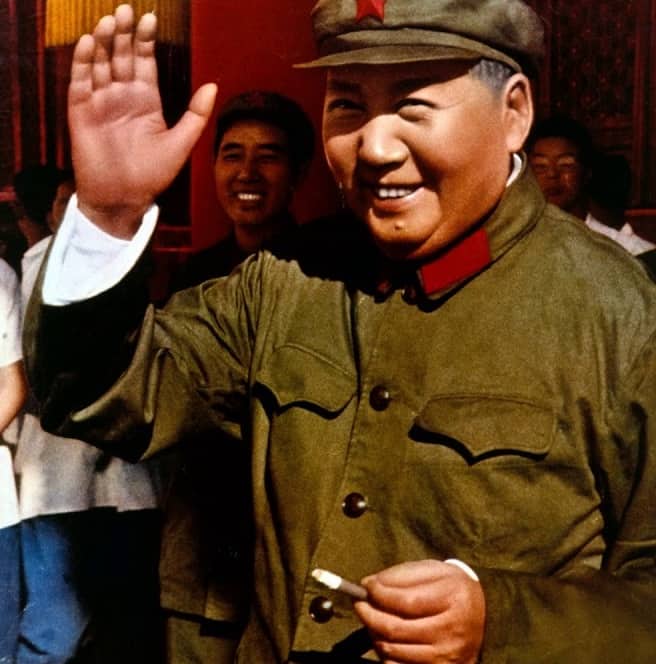 The leader of China’s communist party for 27 years carved his own niche in Chinese history. Mao Zedong was responsible for the creation of Maoism and was the founding father of the People’s Republic of China (PRC), which he ruled until his death. Throughout his reign, it was believed somewhere between 40 to 80 million people died due to famine, prison labor, persecution, and executions. Anyone against Mao and his way of life found themselves behind bars or in an early grave.

Despite the crimes he committed, Mao Zedong was still regarded by many as a major reason for China’s current position as a world power. He managed to unite the country as one after decades of civil war and helped push through important reforms that have had a long-lasting impact on the country. But he also killed millions and was responsible for some heinous crimes during his time in power. 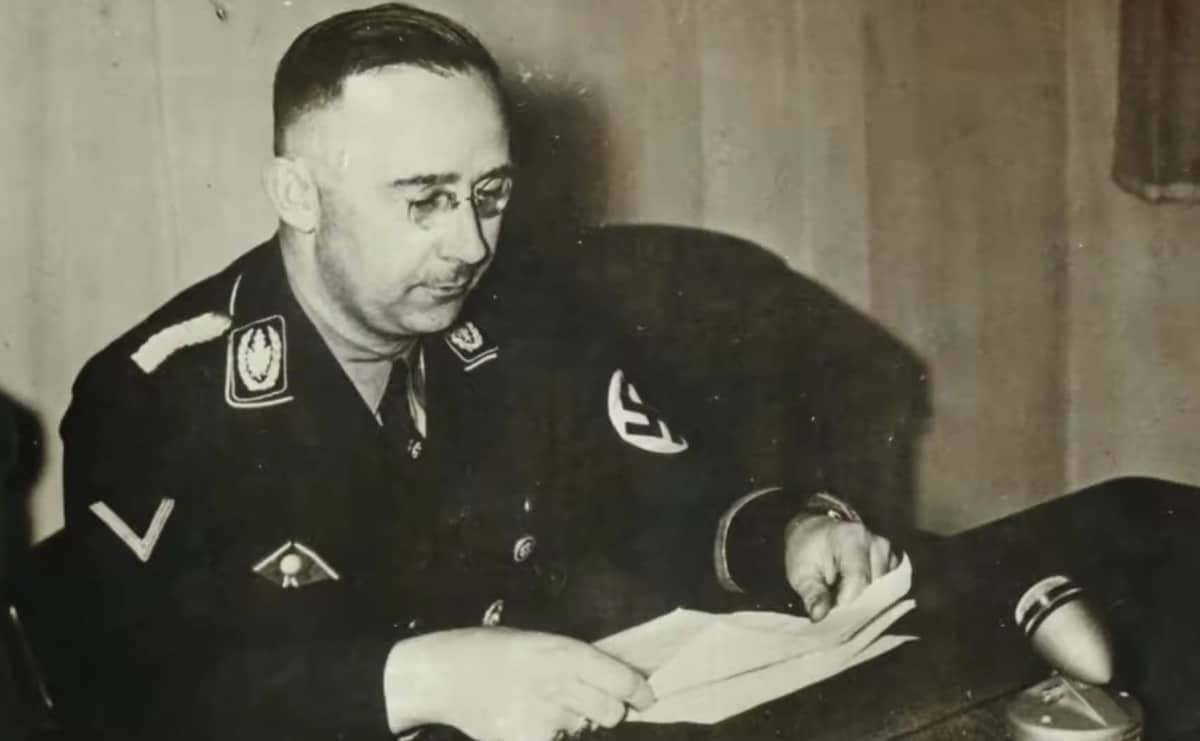 It is no surprise that Heinrich Himmler is highlighted as one of the most evil people in the world. A leading member of the Nazi Party who controlled the SS (Germany’s secret police), Himmler was the brainchild of both Germany’s concentration and extermination camps. Like his mate Hitler, he was also responsible for the deaths of over six million Jewish people. But it wasn’t just the Jews Himmler discriminated against. Anyone who didn’t fit Germany’s image of what a human should look like was ruthlessly executed by Himmler.

He had an interest in the occult and was believed to have had furniture made from the bones and skin of Jewish victims. Similar to Hitler, Himmler took his own life after being captured by British soldiers at the end of the war. Alongside Hitler and Josef Mengele, he was an evil man who deserved to rot in jail. 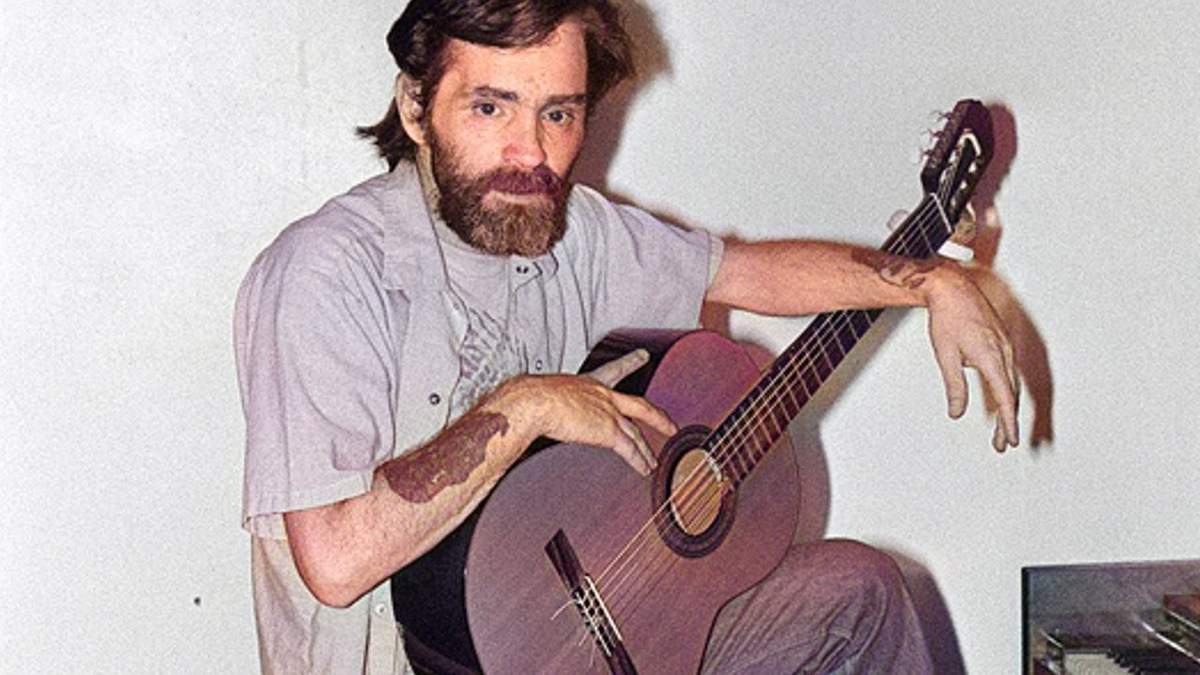 Although he never actually killed anyone himself, Charles Manson was sentenced to life imprisoned for his part in the deaths of seven people. In and out of institutes during his early years, Manson was a wannabe folk singer who went from hippie to violent cult leader in the space of just a few years. Blessed with the gift of the gab and a charming personality, Manson soon developed a following, consisting of mainly young, impressionable women. He used LSD and weird sexual practices to control his followers.

The Manson Family soon become a doomsday cult, with Manson believing a race war was coming. He encouraged his followers, who saw him as a Jesus-type figure, to murder those unworthy, leading to the deaths of nine people over a two-month period in late 1969. Of those murdered, the most famous was pregnant actor Sharon Tate. Manson was convicted of first-degree murder and conspiracy to commit murder and sentenced to life imprisonment. 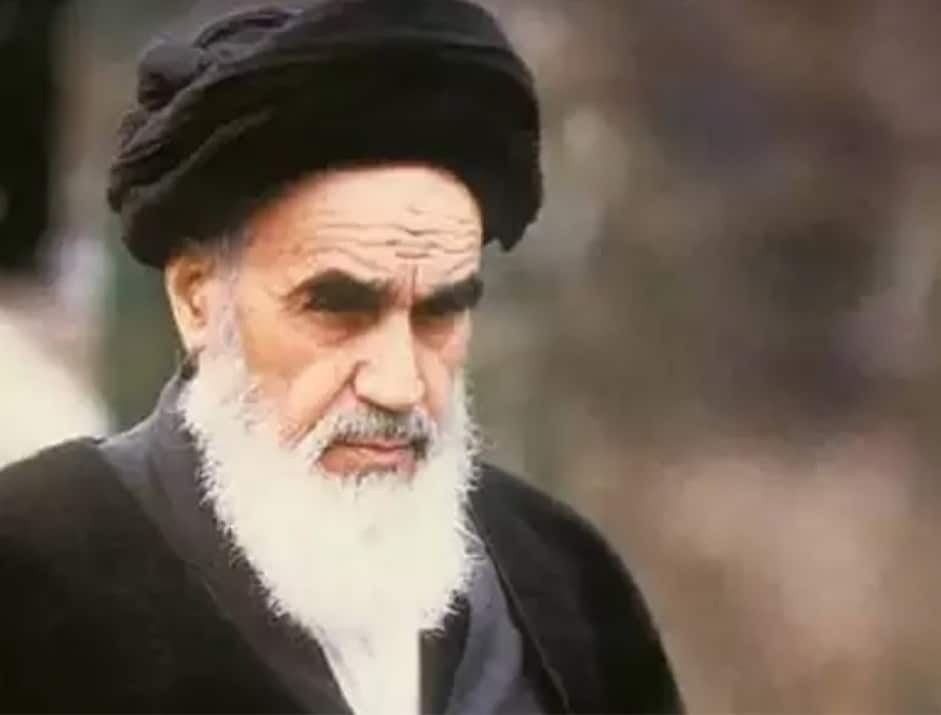 Born Sayyid Ruhollah Musavi Khomeini, Ayatollah Khomeini was the 1st Supreme Leader of Iran from 1979 until his death in 1989. He was responsible for the Iranian Revolution, with the majority of his rule occurring during the Iran–Iraq War. It was during this period that Khomeini showed his true colors. He ordered the execution of thousands of war and political prisoners Iran had captured. He also denounced America and referred to the country as the ‘Great Satan.’ He was another divisive ruler who was loved by his followers but scored by others. 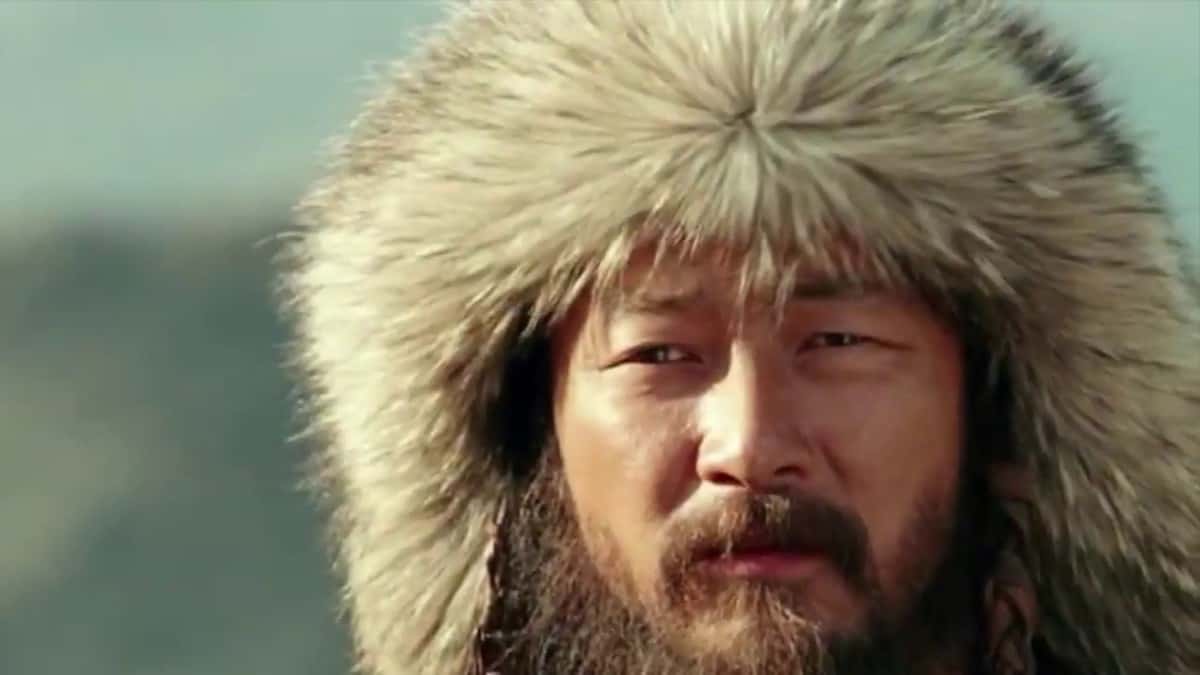 Evil is probably not the word most people would use when discussing Genghis Khan. The dominant ruler of Mongolia for 21 years, Khan gathered together the warring tribes and turned them into a cohesive unit. He then launched the Mongolian invasions which stretched all across Europe and Asia. He was recognized as one of the great military leaders and helped Silk Road become a major trade route. On the downside, Genghis Khan’s armies laid waste to many civilizations and are believed to have killed between 40 and 60 million people. His armies were ruthless and committed many atrocities under his rule. 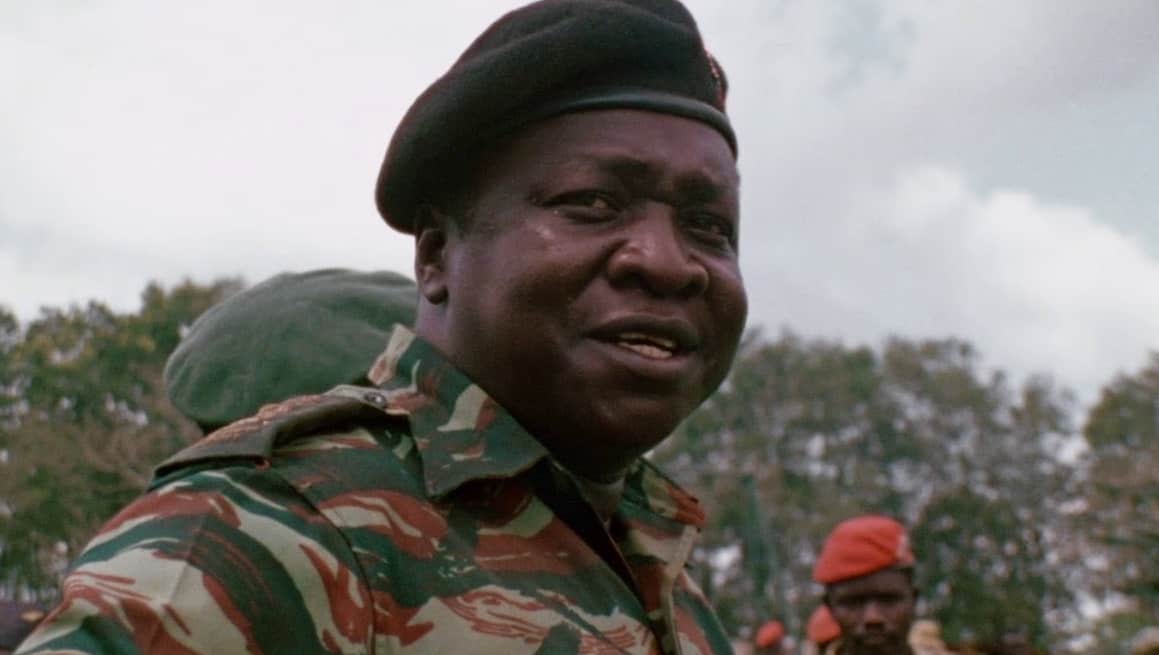 Another of the most evil people in history was Idi Amin. The commander of the Uganda Army led a coup against the government in 1971 and successfully declared himself Uganda’s new President. Initially all for the support of the West, he slowly began to favor leaders from the Middle East and nations such as East Germany and the Soviet Union. A corrupt and ruthless ruler, Amin was responsible for a raft of atrocities and it was believed somewhere between 100,000 and 500,00 people perished during his rule. 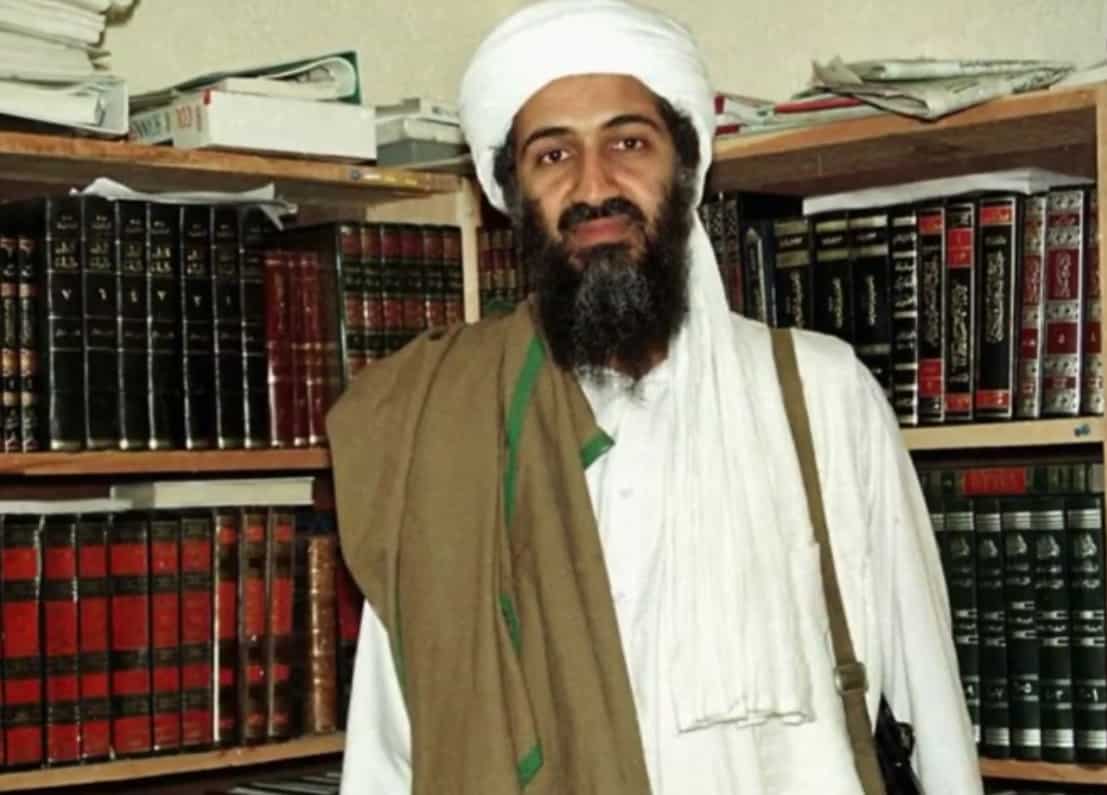 Unlike many of the other evil people on this list, Osama Bin Laden wasn’t responsible for the deaths of millions. He was only officially held accountable for the deaths of 2,977 people. What makes him such a detestable individual was that the murders came about as a result of the September 11 attacks. This remains the deadliest terrorist attack in human history.

The leader of the terrorist organization Al-Qaeda, Osama Bin Laden was behind the planning of the horrendous attack on American soil. It took ten years for the American government to find him, finally discovering him hiding out in a compound in Pakistan. An assault on the home was undertaken and Bin Laden was shot on-site, ending one of the longest manhunts and bringing some closure to those impacted by the September 11 attacks.