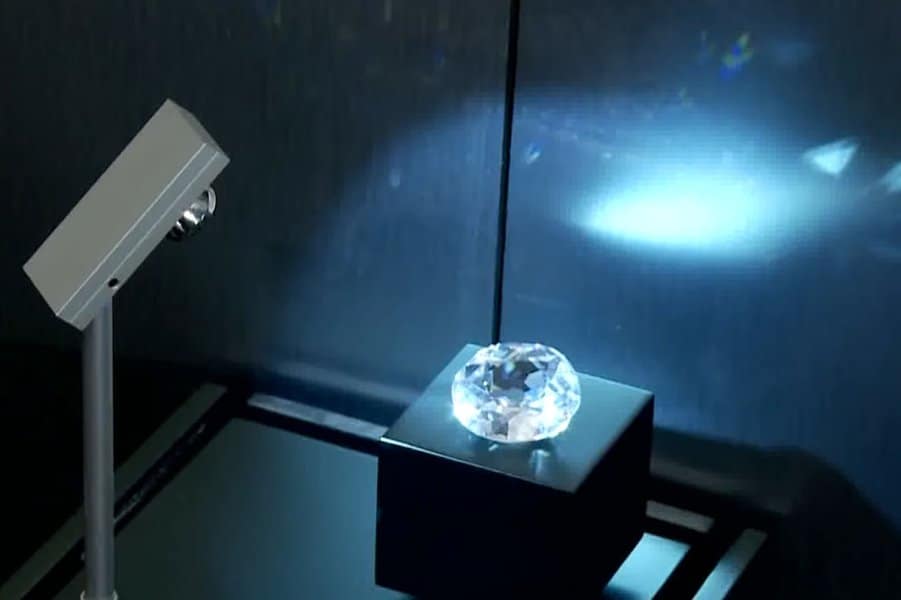 What Is the Most Expensive Diamond Ever? Here are 14 That Will Cost You a Fortune

Over 300 billion years ago, diamonds formed near the Earth’s core. Soon, diamonds became the most valuable element humans desired. Yes, humans have been obsessed with money, gold, and silver over the years, but it always comes back to diamonds, and that’s because diamonds are forever. Diamonds really are forever. That’s not just a made-up phrase. Many of these famous diamonds first appeared centuries ago, mainly in India and South Africa. Many diamonds have a complex and controversial history.

Diamonds are expensive, but they’re not rare at all. These magnificent gemstones range in size and color, such as pink diamonds, white diamonds, yellow diamonds, and blue diamonds. There’s even such a thing as an orange diamond and a blue moon diamond. Not only are they forever, but they’re also forever expensive. There are many diamonds but only a select few cost an arm and a leg. Some will even cost more. That leads to the simple question; what’s the most expensive diamond in the world?

Diamonds are often associated with the wealthiest celebrities, royalty, and wives who are mad at their husbands. Of course, the diamond engagement ring is a big part of our culture nowadays. However, the rarest diamonds often belong to kings, queens, millionaires, and collectors. It’s the rarest diamonds with a rich history that will break the bank. Not just one bank. They’ll break all the banks.

What Is the Most Expensive Diamond Ever? Here are 14 That Will Cost You a Fortune 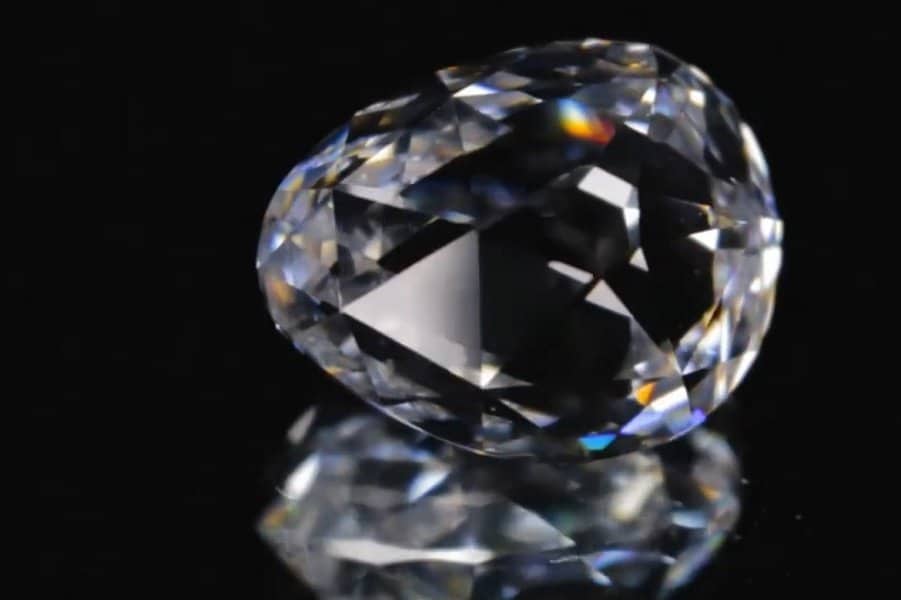 The pale yellow 55.23 carats Sancy diamond has gone on quite the journey through time. Initially, it was part of a larger diamond called Balle de Flandres. The early history of the diamond remains unknown although it might have belonged to the Mughals.

In 1398, Valentina Visconti received the Balle de Flandres as a dowry when she married the Duke of Orleans, Louis I. The diamond had several different owners, including King Manuel I of Portugal, Charles the Bold, gem collector Nicolas de Harlay, seigneur de Sancy, King Henry III, and Jame IV and I.

William Waldorf Astor purchased the diamond in 1906, and it remained in his family collection for over 70 years. In 1978, the Astor family sold the Sancy diamond to the Louvre for $1 million and it remains on display to this day. 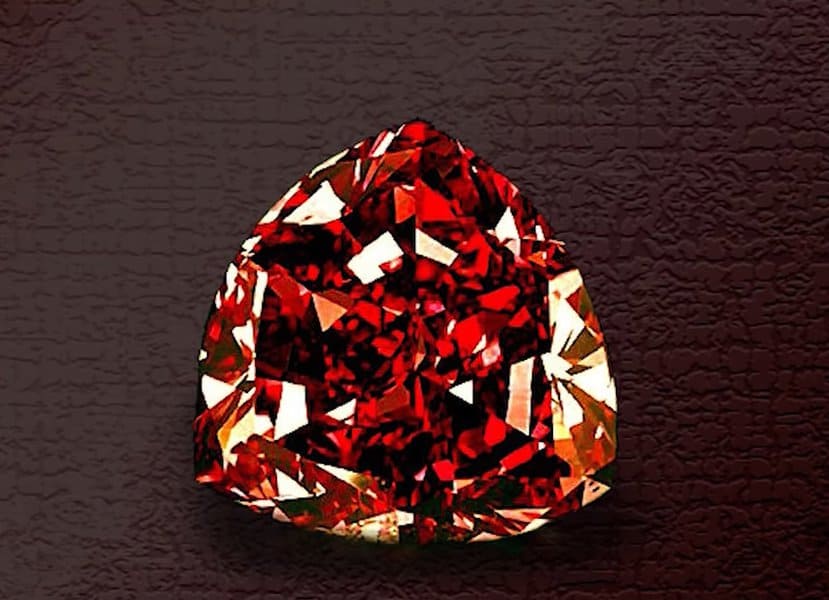 In 1989, a miner, Ze Tatu, discovered the diamond while manually digging in Major Porto, Brazil. The rough stone weighed 13.9 carats until the William Goldberg Diamond Corporation bought and cut the ring. Around 2001, Moussaieff Jewelers purchased the diamond and quickly renamed it. 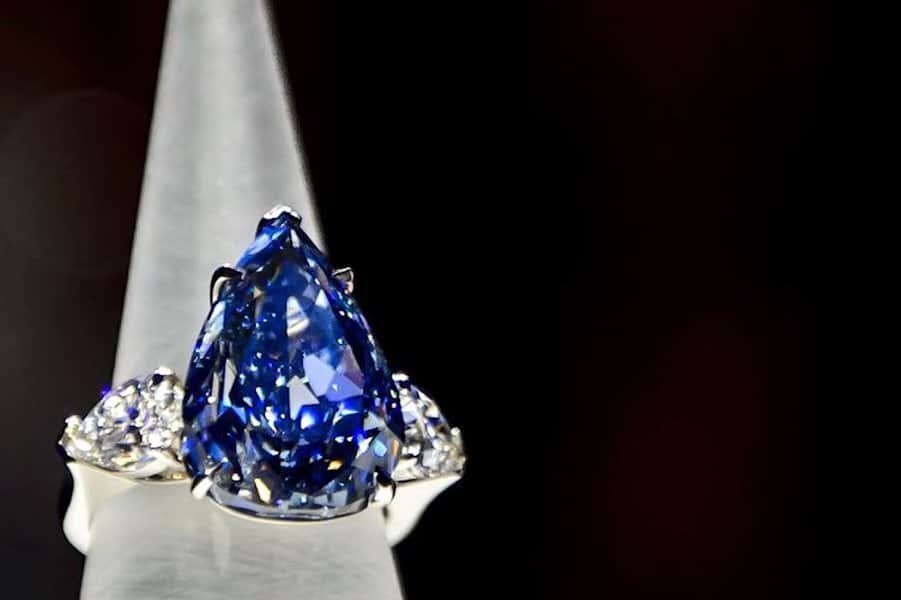 The Winston Blue is the type of diamond that could either end a marriage or save it. There are a few stunning blue diamonds, but none are on the level of Winston Blue. The 13.22-carat fancy vivid blue diamond first appeared in South Africa.

In 2013, the Harry Winston company obtained the diamond and sold it at auction for $23.8 million in 2014. The anonymous bidder is now in possession of the flawless pear-shaped diamond. It’s truly a one-of-a-kind and expensive diamond. 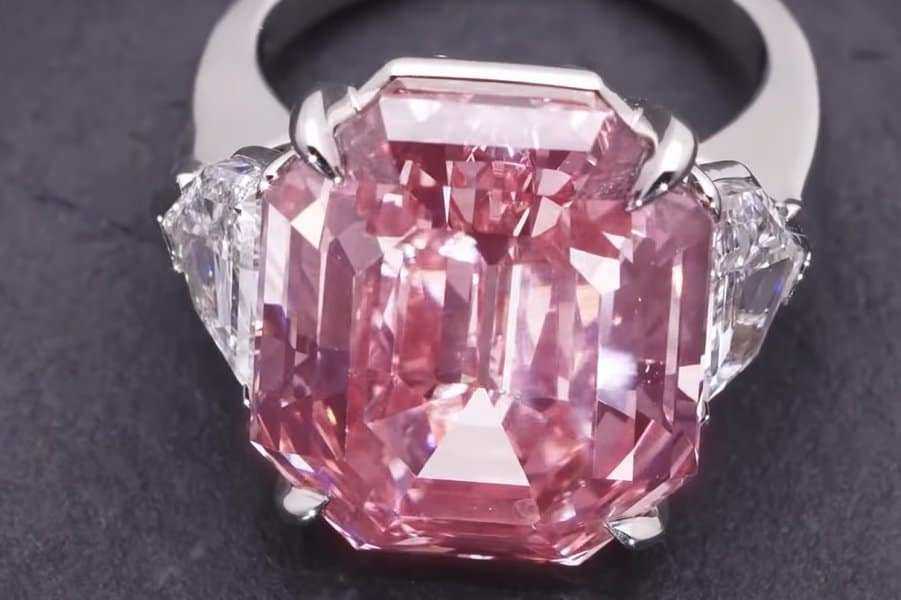 In 2010, an anonymous bidder purchased the stellar diamond for a whopping $23.17 million at Christie’s Auction. Perfect Pink is undoubtedly one of the most expensive diamonds in history. 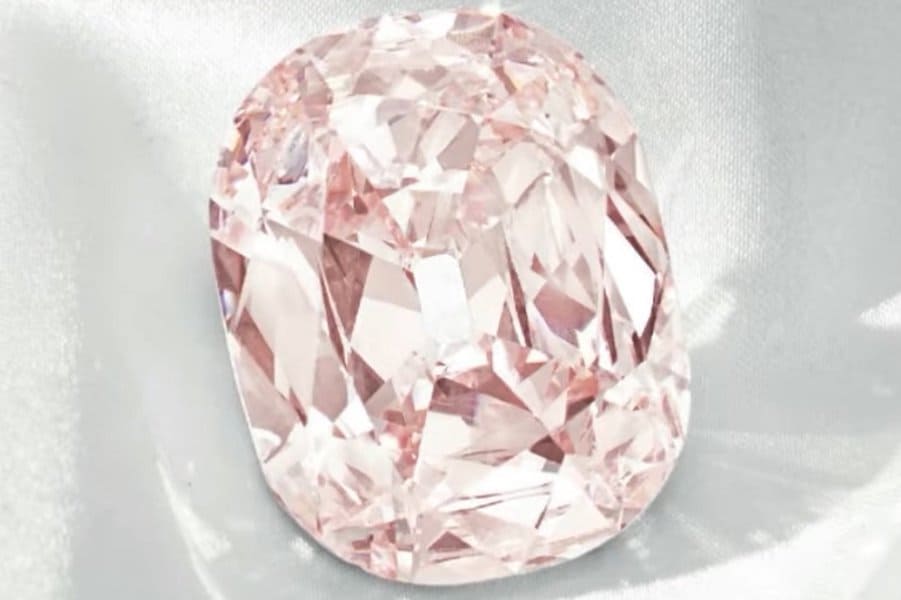 While everyone certainly loves diamonds, it seems that pink diamonds have always been the most popular. Even 300 years ago, pink diamonds were in significant demand. Around that time, the Princie diamond first appeared in the Golconda mines.

Eventually, it came into the possession of the Royal Family, the Nizams. They owned the diamond until they sold it at auction in the 1960s. In 2013, an anonymous bidder purchased it for $39.3 million. The intense pink cushion cut diamond weighs roughly 34.65 carats and is one of the largest pink diamonds in the world. 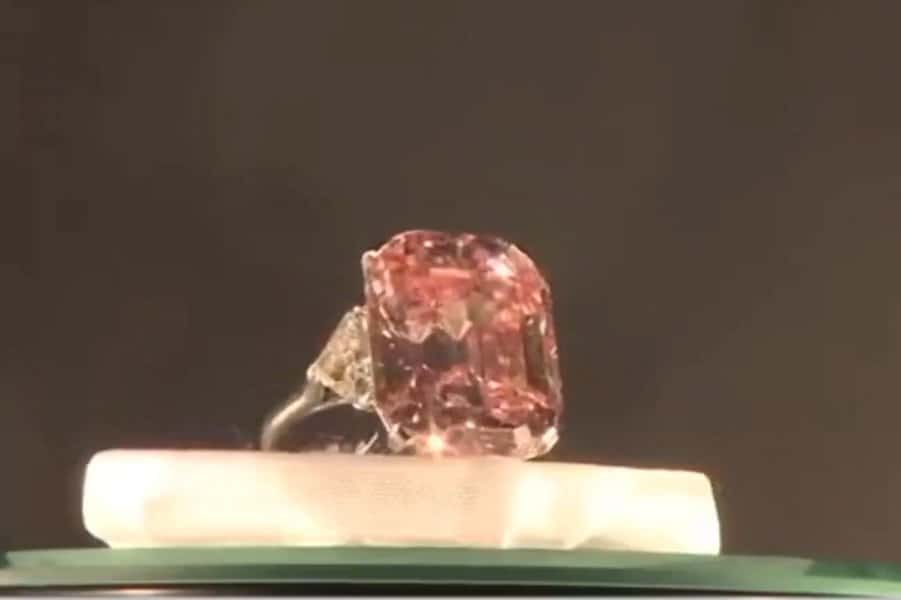 The diamond first showed up in the 1950s when famed jeweler Harry Winston sold it to a private collector. It remained out of the public eye until it went up for auction at Sotheby’s in 2010. Before the auction, the gorgeous diamond went on a world tour. Everyone at the auction was stunned when Laurence Graff bid a whopping $46.2 million to purchase the diamond. He promptly named it the Graff Pink. 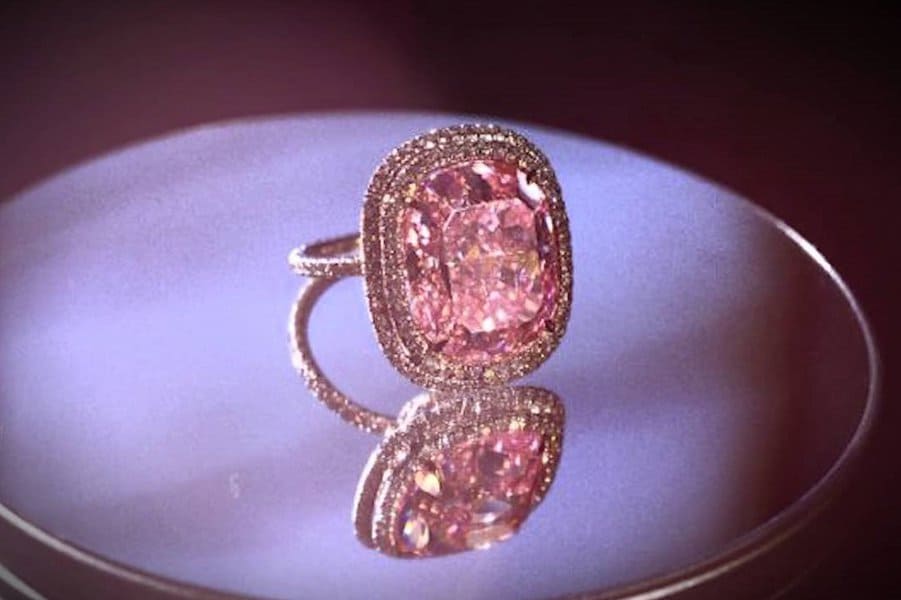 The cushion-shaped Blue Moon of Josephine will melt your heart at first sight. The gorgeous, fancy, vivid blue diamond weighs an impressive 12.03 carats. Miners discovered the flawless diamond in South Africa in 2014. People from all over the world wished they could own this precious diamond, but only the wealthiest could afford it.

Billionaire and convicted felon Joseph Lau purchased the diamond at the Sotheby’s auction in Geneva in 2015. He set a record when he paid $48.4 million for the unique diamond. Lau bought the diamond for his daughter Josephine.

See more about - What Is The Most Expensive Lamborghini? Here Are 19 That Will Break The Bank 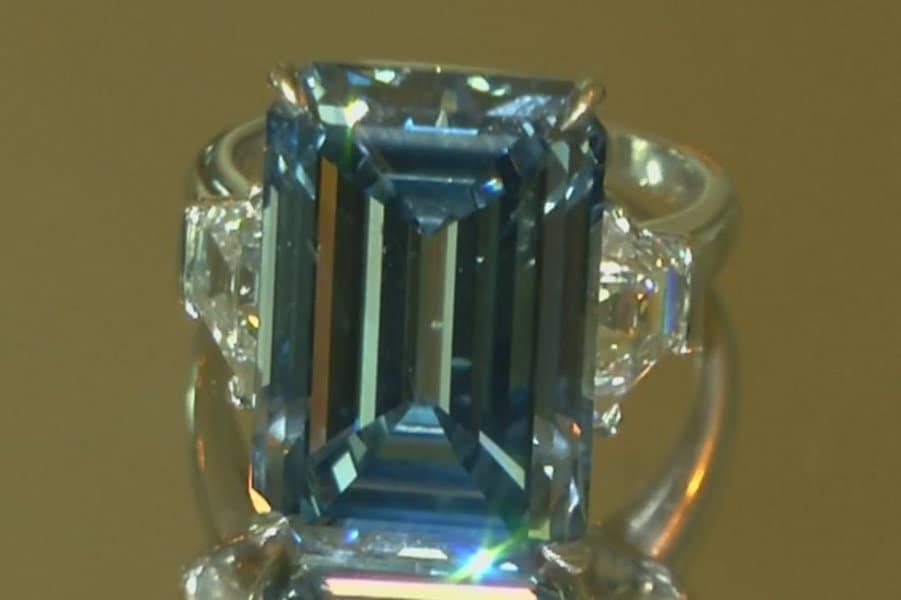 The Oppenheimer Blue is a fancy vivid blue diamond weighing 14.62 carats. The alluring diamond is emerald cut and mounted on a platinum ring. In 2016, it sent shockwaves around the world when it became the most expensive jewel sold at an auction until the Pink Star surpassed it in 2017.

An anonymous bidder purchased the diamond at the auction over the telephone. The diamond has always had a bit of mystery to it. The Oppenheimer Blue had a mysterious past until it ended up with Sir Philip Oppenheimer. 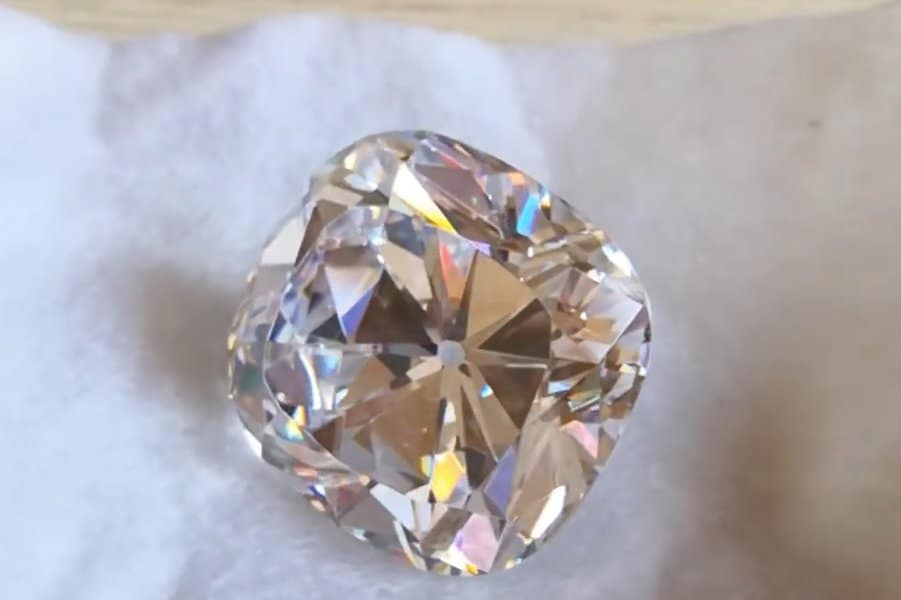 Any person that laid eyes on the Regent Diamond had to have it. The breathtaking white diamond with pale blue weighs 140.64 carats. According to legend, the beautiful diamond brings bad luck and misfortune to the owner. As the story goes, an enslaved person discovered the diamond in the Kollur mine in India. He hid the diamond and tried selling it to a captain to help him escape. Instead, the captain killed the slave and stole the diamond.

Thomas Pitt briefly owned it until the French Crown purchased it in the 1700s. The French Crown placed the diamond on the crowns of Louis XV, Louis XVI, and the hat of Marie Antoinette. The famous Regent Diamond is now on display at the Louvre in Paris, France. 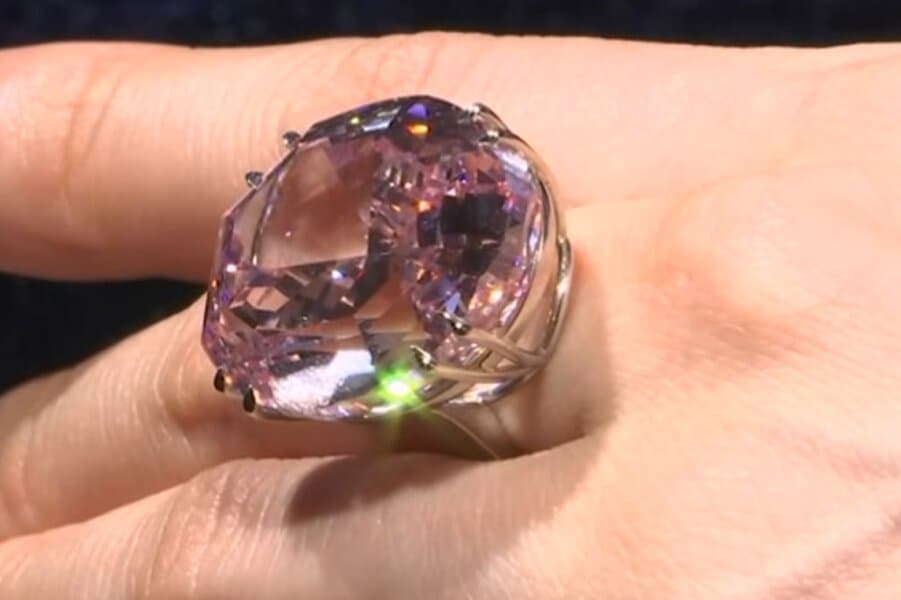 The CTF Pink Star diamond is internally flawless and naturally colored. The De Beers company discovered the Pink Star in one of its South African mines in 1999. The gorgeous rough stone weighed an astonishing 132.5 carat and took nearly two years to cut.

The 59.6-carat Pink Star is the largest diamond-graded Fancy Pink Vivid. It’s the rarest diamond of its kind that everyone wants to own. Initially, the Steinmetz group purchased the stunning Pink Star before selling it to Chow Tai Fook Enterprises. Chairman, Dr. Henry Cheung, renamed the diamond after his late father, Chow Tai Fook. 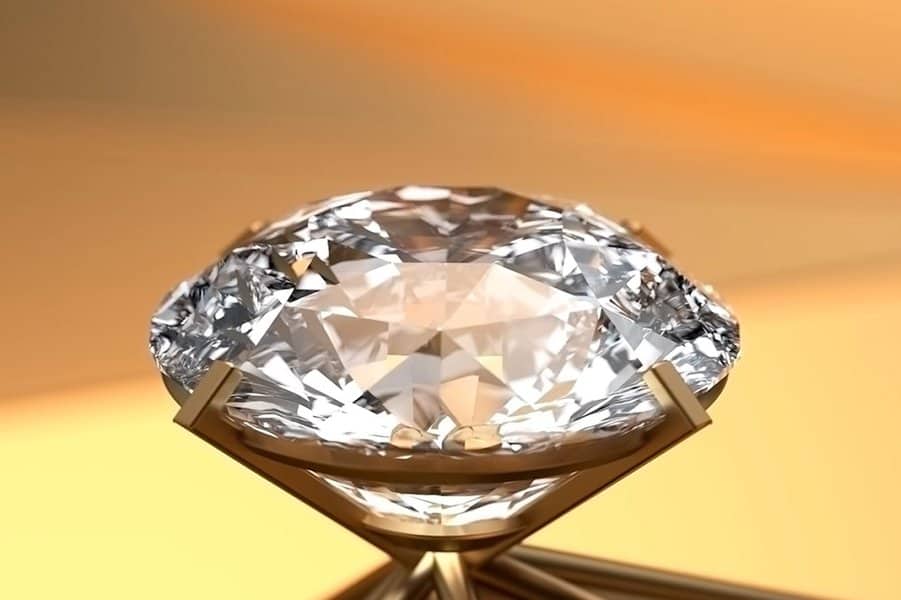 Few diamonds compare to the De Beers Centenary. It’s one of the largest diamonds in the world at 273 carats. The Grade D colorless diamond is internally and externally flawless. In 1986, the diamond appeared in Premier Mines in South Africa and instantly became the hottest topic.

The rough cut of the diamond made its first appearance at the De Beers Consolidated Mines Centennial celebration, hence the name De Beers Centenary diamond. After the cutting, the heart-shaped diamond made its official debut in 1991. Experts believe De Beers no longer has the ring, but the owner remains a mystery. 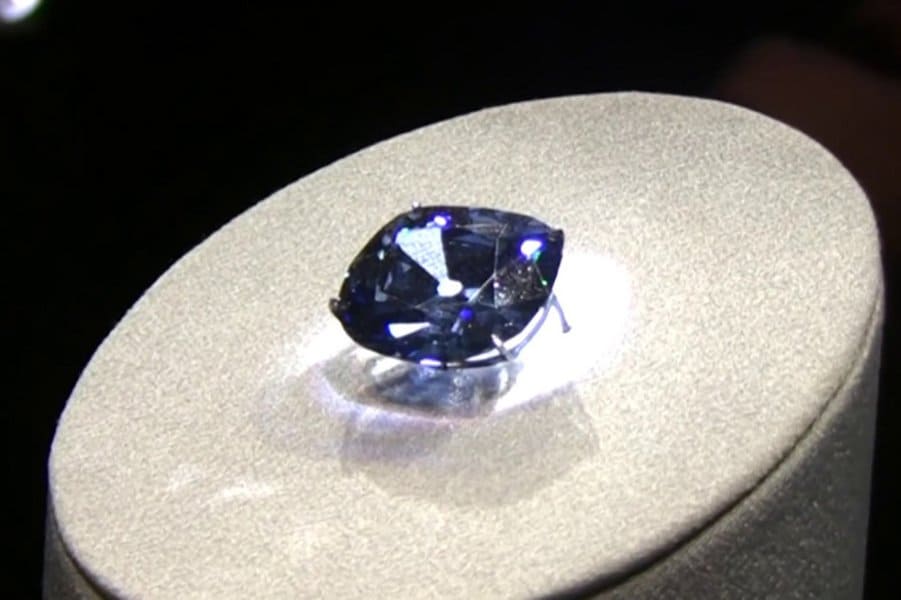 When it comes to the most expensive diamond in the world, the breathtaking Hope Diamond is right up there with its rich history and even richer history. It weighs a stunning 45.52 carat with a unique blue color due to boron. The early history of the diamond is a bit hazy, but it most likely was discovered in Guntur, India, in the 17th century. From that point, the diamond went on a journey around the world.

First, French gem merchant Jean-Baptiste Tavernier obtained the Hope diamond in 1666. He then sold it to King Louis XIV of France in 1668. In the 1700s, the diamond disappeared and has had various owners over the years.

In 1949, it ended up with New York gem merchant Harry Winson. Later, he donated the Hope diamond to the Smithsonian National Museum of History, where it remains on display. According to folklore, the diamond curses the owner with bad luck and misfortune, which could be why it’s had so many owners. 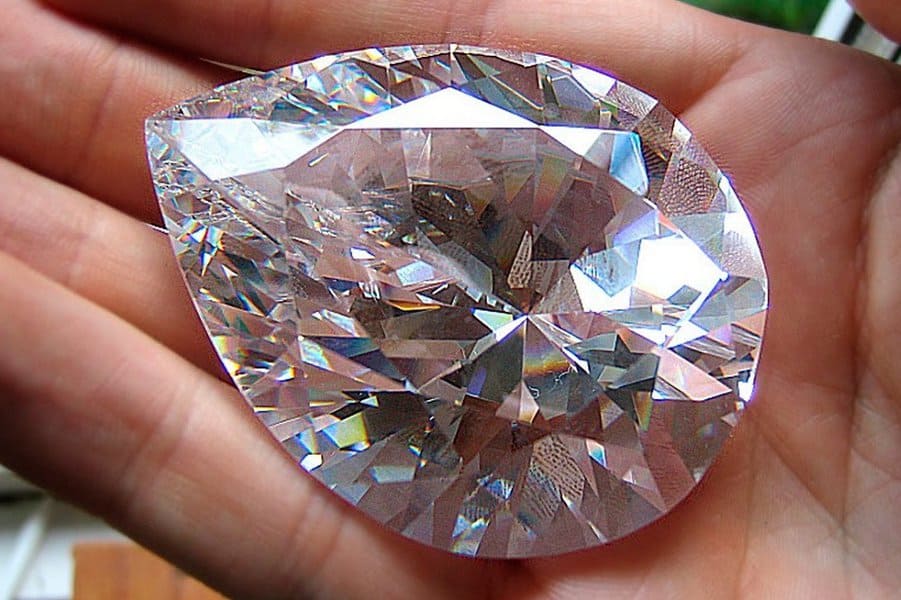 In 1905, miners in South Africa discovered a gorgeous diamond weighing an incredible 3,106.75 carats. It became known as the Cullinan Diamond, named after Thomas Cullinan, the owner of the mine. In 1907, the King of England, Edward VII, received the Cullinan as a gift. Edward VII then had it cut into nine stones, with the largest, Cullinan I, weighing 530 carats. It makes for great diamond jewelry.

It’s the largest clear-cut diamond and is part of the Crown Jewels. It sits on the Sovereign’s Sceptre with Cross. The second largest, Cullinan II, weighs 317 carats and is part of the Imperial State Crown. The Cullinan Diamond is better known as the Star of Africa. 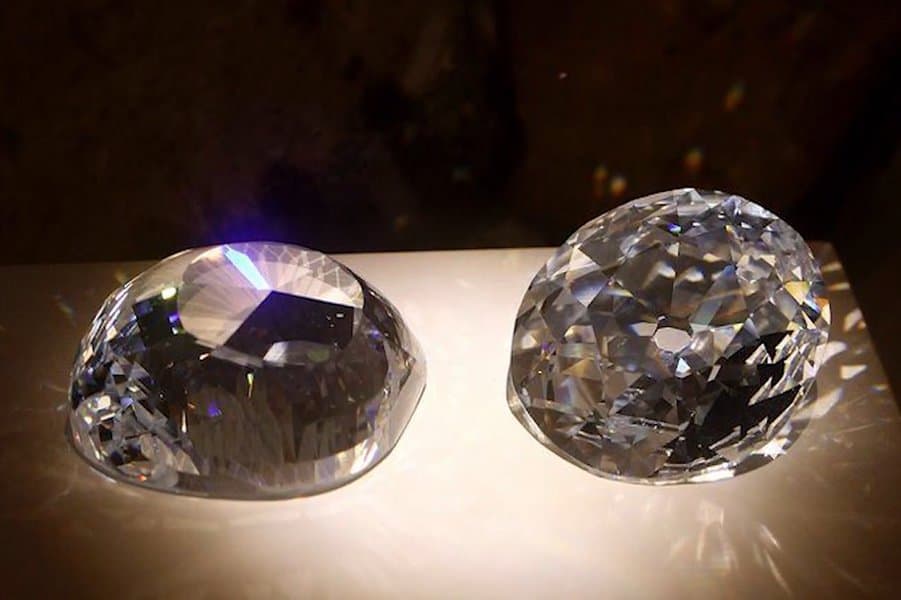 The 105-carat colorless Koh-i-Noor is a priceless diamond that’s the most expensive and largest diamond in recorded history. Also known as the Mountain of Light, the diamond is currently part of the British crown jewels. During the Kakatiya dynasty, the Koh-i-Noor first appeared in the Kollur mines in India. The first verifiable appearance of the rough diamond was in the late 1600s when Mughal emperor Shah Jahan had the diamond placed on the famous Peacock throne.

Eventually, the founder of the Sikh empire Ranjit Singh came into possession of the precious diamond. In the 1840s, Queen Victoria created controversy by becoming the new owner when the British Empire took control of Punjab, India.