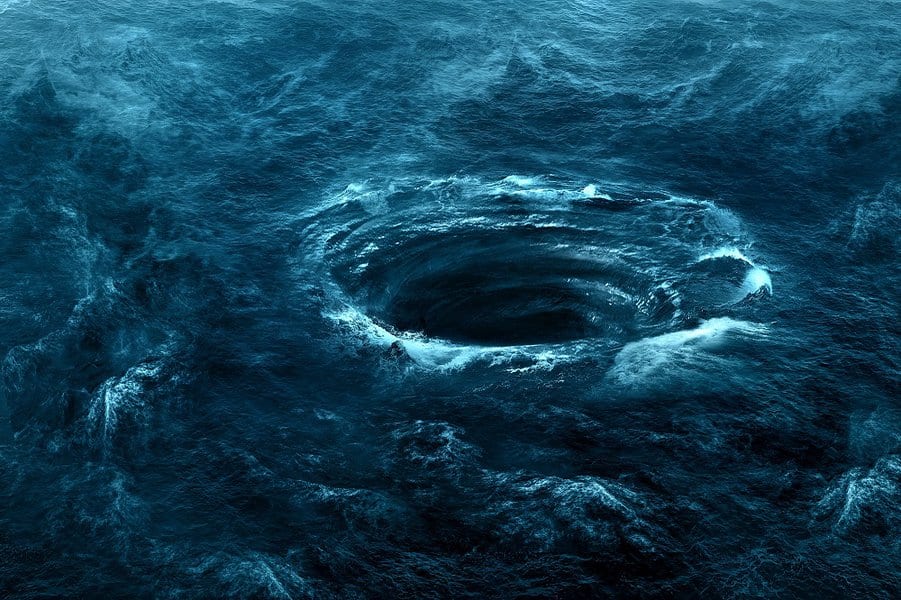 12 Ocean Mysteries That Have Baffled Humans for Centuries

The ocean is a vast and mysterious place. For centuries, the mysteries of the sea have baffled scientists, experts, and scuba divers. While humans have studied, researched, and explored the open sea, much still needs explaining. Similar to examining the universe, humans can only explore at certain distances, with many ocean mysteries yet to be solved.

Ocean mysteries range from lost cities and missing ships to strange objects found at the bottom of the sea. According to folklore, the sea is home to monsters and strange creatures that can easily devour a boat. There are several fascinating mysteries about the ocean that may never have an answer and remain mysteries forever. Here’s a look at 12 ocean mysteries that have baffled humans for centuries.

12 Ocean Mysteries That Have Baffled Humans for Centuries 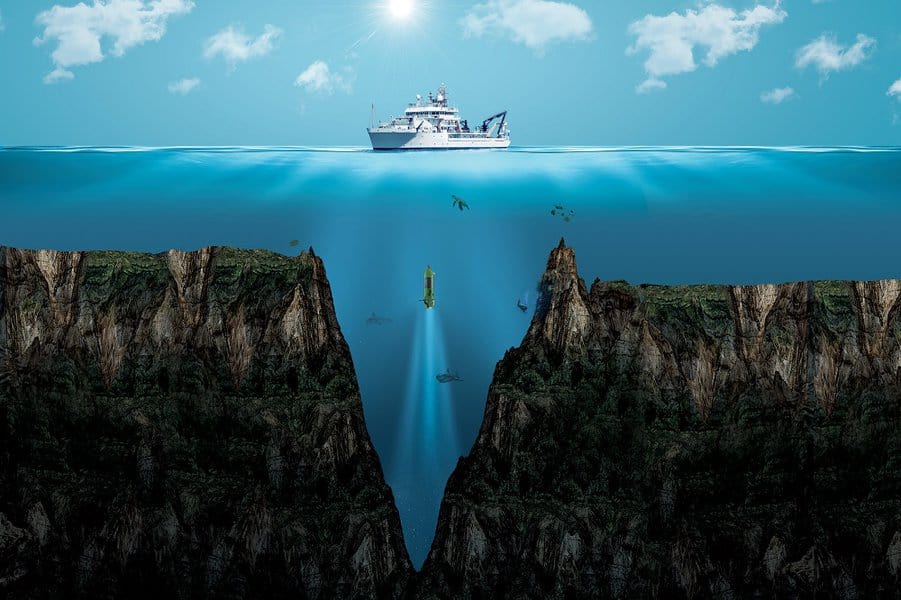 The Bermuda Triangle is one of the ocean’s best-known mysteries. Located between Miami, Puerto Rico, and Bermuda, several ships and planes have disappeared in the area. The mysterious Bermuda Triangle became popular in the 1950s after a series of articles proposed the disappearances might be related to a supernatural occurrence.

In 1492, Christopher Columbus claimed he saw a glowing light crash in the region during his famed voyage. Furthermore, the HMS Atlanta, Flight 19, and the KC-135 Stratotankers disappeared in the triangle. Most experts argue that the accidents in the triangle are not disproportionate to the traffic in the region, with bad weather cited as the main cause for all the disappearances. 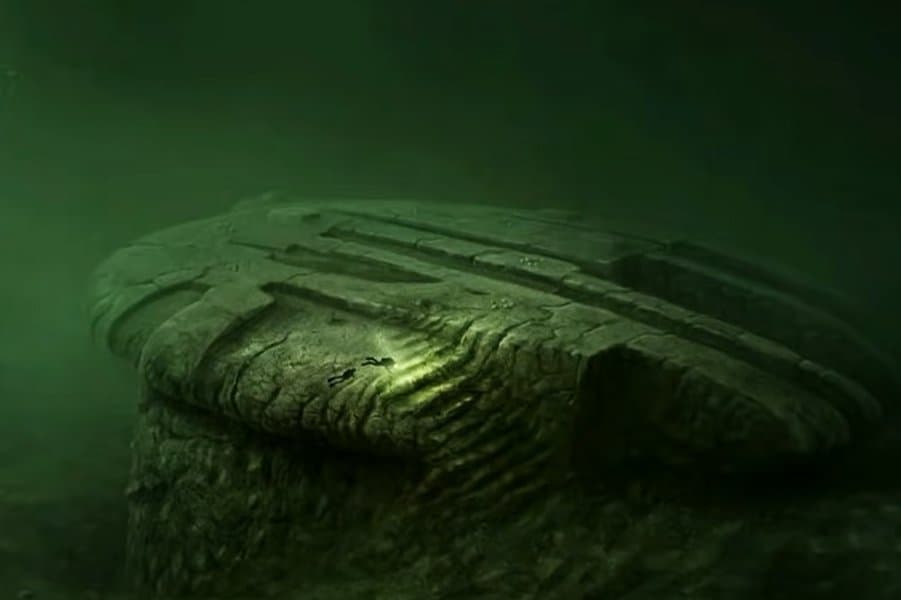 Deep in the ocean, the Baltic Sea anomaly has puzzled the world’s greatest minds. In June 2011, the Swedish OceanX diving team was treasure hunting in the Baltic Sea when they encountered a strange object.

The sonar image depicts a formation standing roughly 200 feet with an unnatural circular appearance. Several people assumed it was a UFO that crashed on Earth or a portal to another dimension. Most experts believe it’s a natural geological formation, not something from another world. Regardless, there’s no evidence supporting either side.

3. The Monster of Monterey Bay 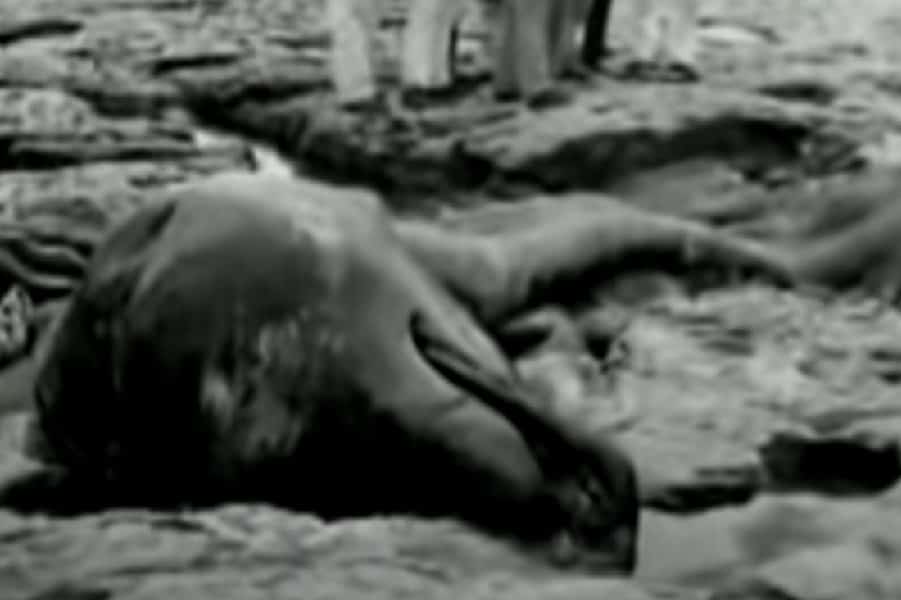 Since the 1900s, stories of monsters in Monterey Bay have swirled around. There have been numerous sightings of giant creatures emerging from the bay. However, none are as strange as the beast that washed up on shore in 1925.

Sometimes called the Santa Cruz monster, the rotting carcass created an unbearable smell and had a 20-foot-long neck. Some experts speculate the creature could have been a prehistoric reptile living in the deep sea, considered extinct. Furthermore, some believe a similar creature could still exist somewhere in the ocean. 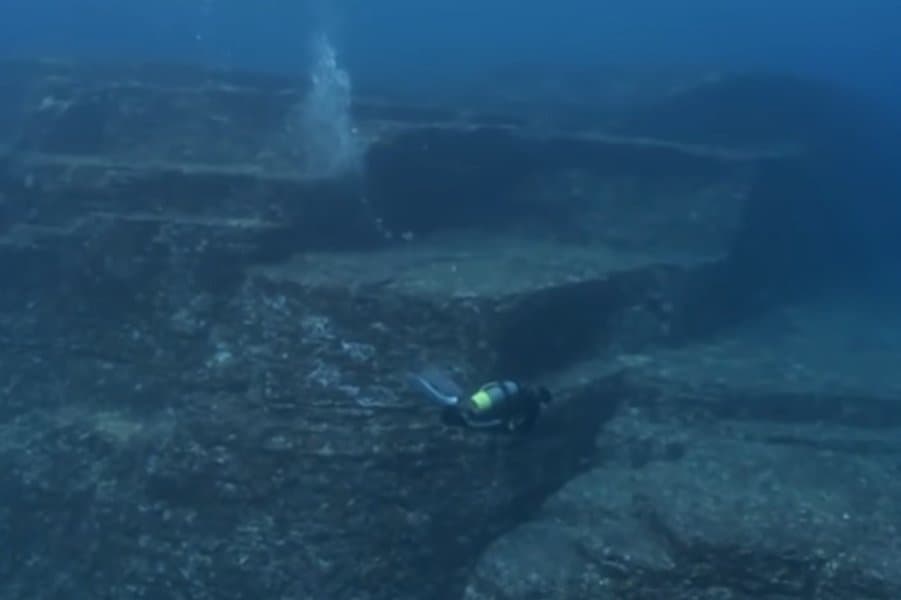 The Yonaguni Monument sits deep in the sea off the coast of Yonaguni and the Ryukyu Islands. The strange rock formation has led to a heated debate about the structure’s true nature. First discovered in the mid-1980s, the Yonaguni Monument is one of the world’s great mysteries.

Geologist Masaaki Kimura believes the giant steps are proof of an ancient civilization from roughly 10,000 years ago. He even speculates that the Yonaguni Monument is part of the lost continent of Mu. However, other experts propose it’s simply a natural rock formation under the sea. 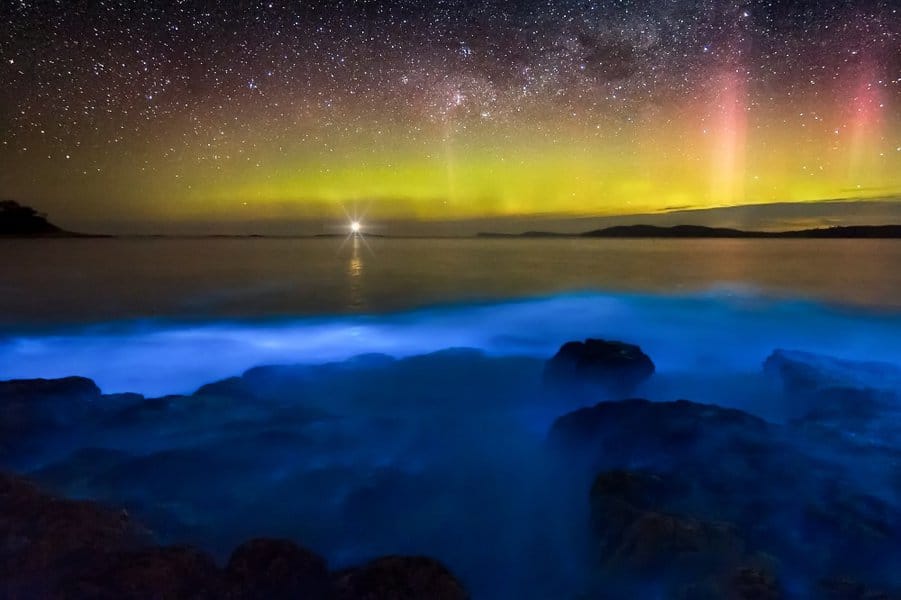 For decades, sailors and divers have noticed an odd glowing light in the Indian Ocean. Known as the milky sea phenomenon, sightings of the strange glow go back as far as 1915. However, even in the 1990s, experts couldn’t explain the glowing light that was so bright even satellites could pick up the image. Additionally, the glow stayed in one area instead of floating around.

Finally, researchers discovered that many bacteria were gathering together to lure in fish. The bacteria would then thrive in the fish’s stomach. Regardless, experts still can’t explain why large numbers of bacteria come together in the Indian Ocean when it doesn’t happen anywhere else in the world. 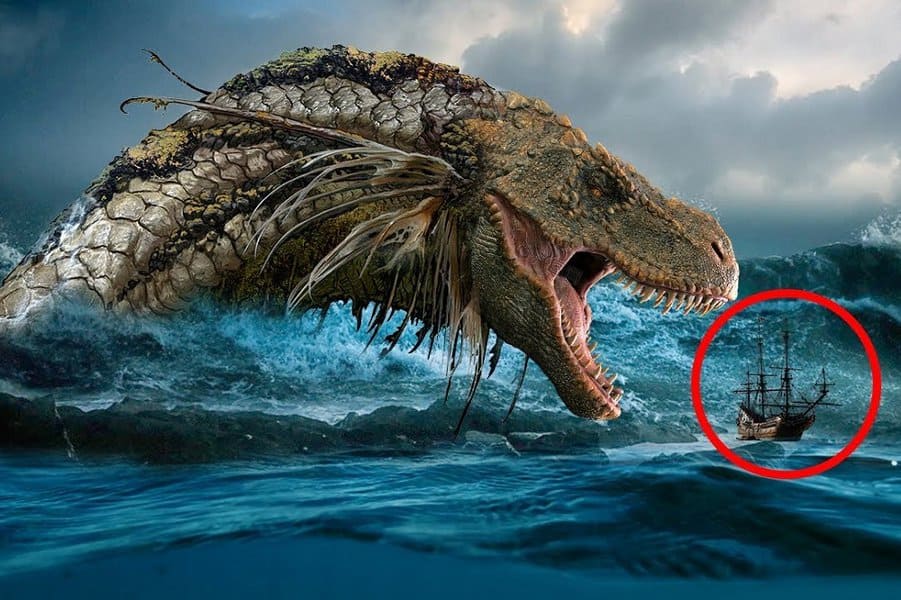 Since the Middle Ages, there’s been speculation of sea serpents or sea dragons living deep in the mysterious ocean. One of the most famous sightings took place in 1848. The captain and crew aboard the HMS Daedalus noticed a giant sea creature with the head of a dragon.

Furthermore, they claimed it was dark brown, yellowish, and more than sixty feet long. They even watched the creature for 20 minutes before it disappeared. A second ship, Daphne, also noticed the giant sea serpent that night. Most scientists believe the crew saw a Sei whale. Regardless, some remain convinced the sea dragon exists.

See more about - 14 Weird Things Found In The Ocean 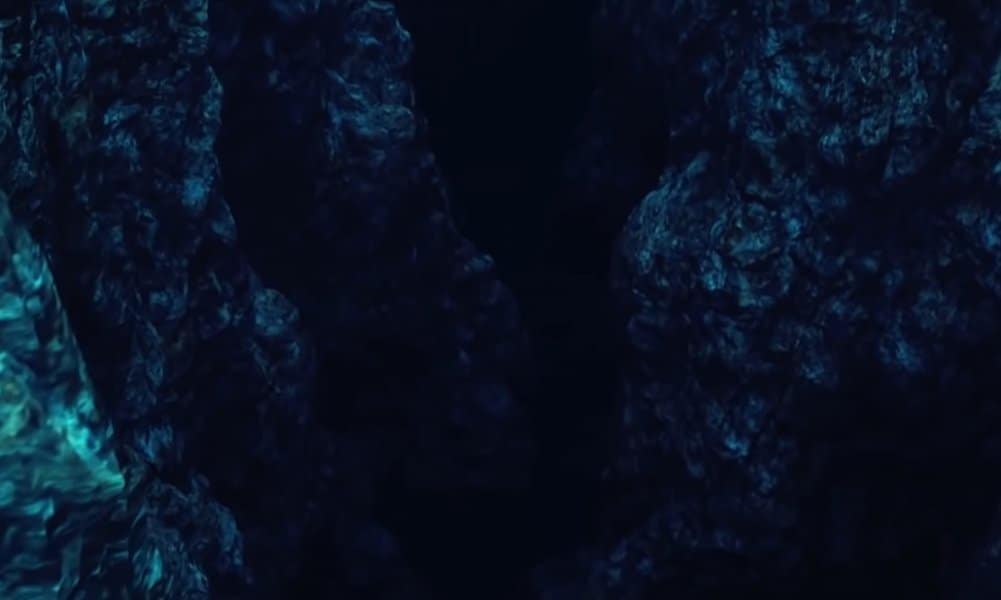 The Mariana Trench is the deepest and darkest trench of the vast ocean. Located in the Pacific Ocean, it’s roughly 36,201 feet deep and is big enough to fit Mount Everest. The Challenger in 1875 explored the area, as did the Challenger II in 1951.

However, the depth and intense pressure make it impossible to explore the area thoroughly. That’s why the Mariana Trench remains one of the sea’s great mysteries. There’s no way of knowing what lives or exists deep in the Mariana Trench. 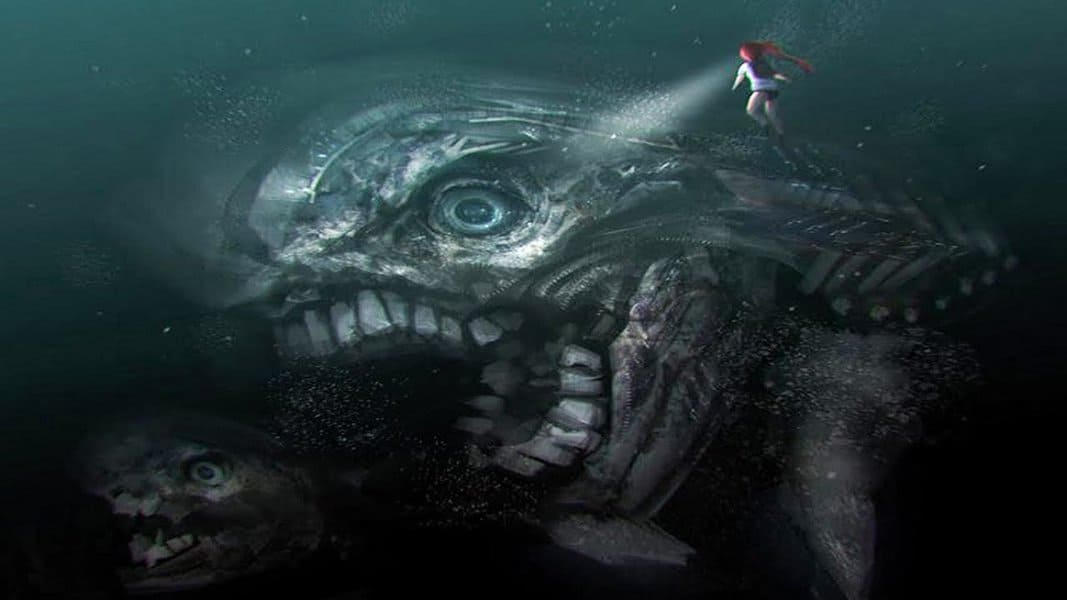 The ocean is full of mysterious and eerie sounds. For instance, in the 90s, scientists were listening to underwater activity relating to volcanic activity. Instead, they recorded an unexplainable sound. Dubbed “Bloop,” experts initially believed the sound came from a sea animal.

Rumors run rampant, with some claiming the sound came from a giant squid or one of the famous sea dragons living in the Mariana Trench. Later, experts attributed the sound to glacial movements, such as ice quakes or ice calving. Of course, the true origin of the sound is still a mystery. 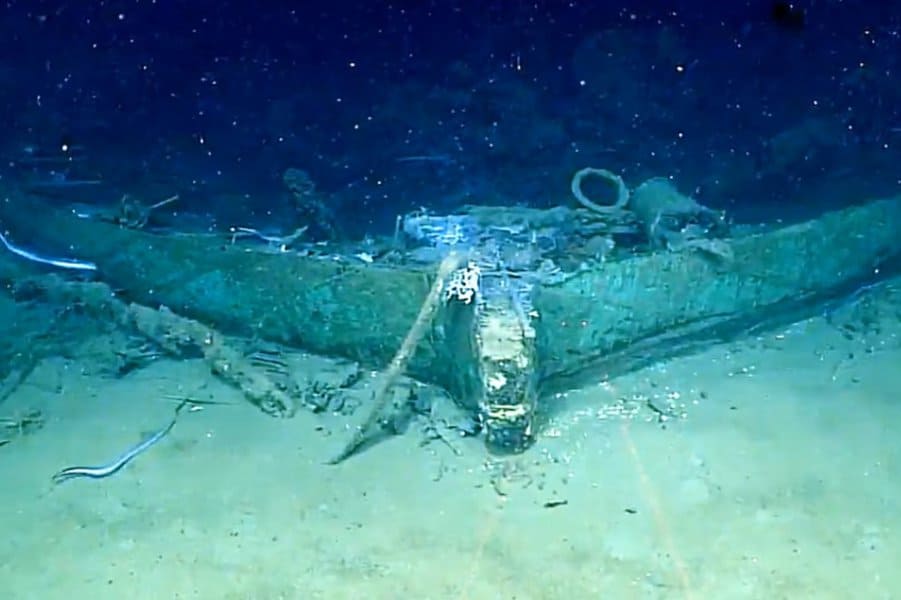 The Gulf of Mexico contains ships and submarines from different eras lying on the ocean floor. It’s a treasure hunter’s dream come true. In 2003, ExxonMobil stumbled upon the most mysterious shipwreck. Likely from the 1800s, the ship remains a mystery for several reasons.

There have been many attempts to get a closer look at the boat, but some unfortunate event always interferes, such as equipment malfunctions or bad weather. Due to the unfortunate circumstances, many people believe the shipwreck is cursed.

10. The Lost City of Atlantis 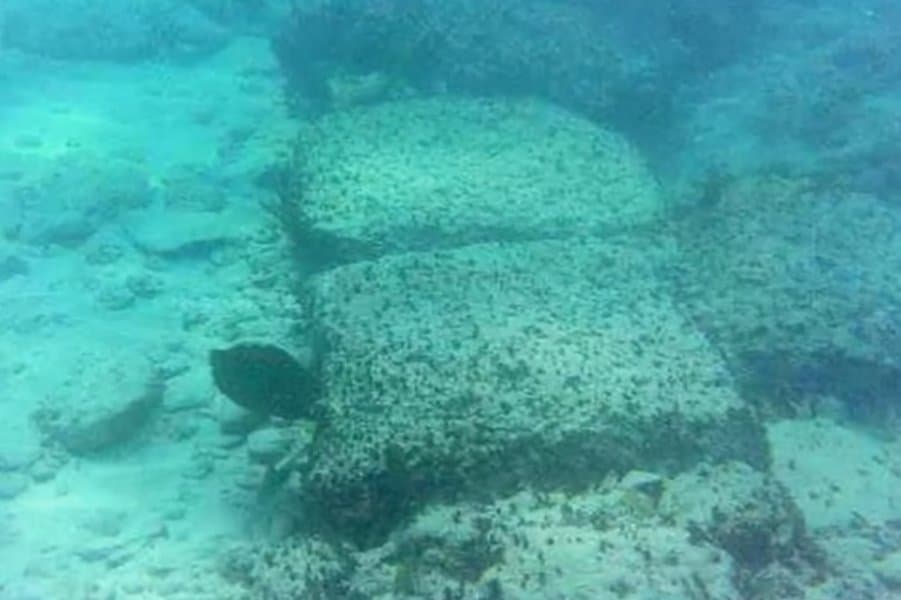 The Lost City of Atlantis is one of the ocean’s most puzzling mysteries. The rock formation known as Bimini Road led many people to believe they had found a path to Atlantis. While Atlantis is a myth, Bimini Road is quite real.

Submerged underwater near North Bimini Island in the Bahamas, some believe ancient aliens built the road during prehistoric times. Bimini Road is still a mystery, but experts dismiss the idea it’s a path to Atlantis. 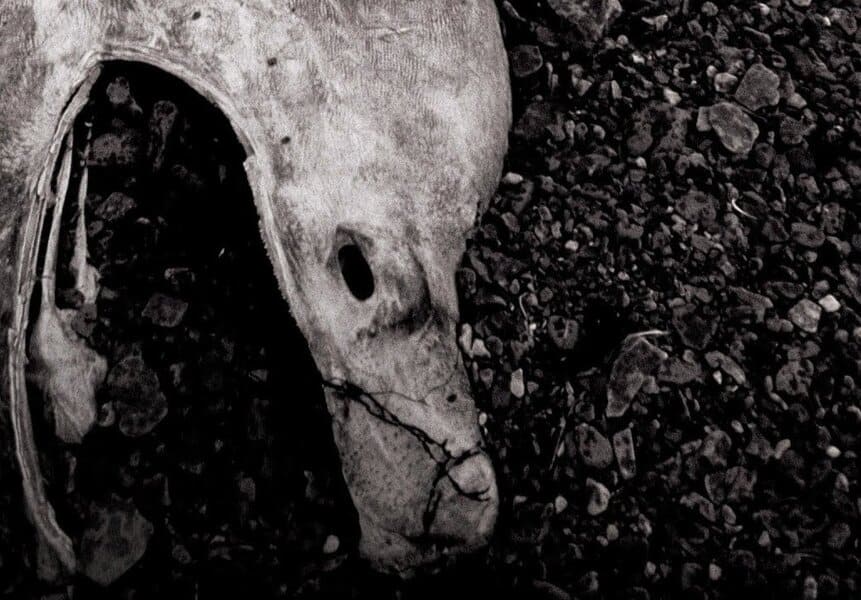 After an intense storm in September 1808, a strange creature washed ashore on the Island of Stronsay in Scotland. While the legend of Loch Ness was starting to get around, this foul-smelling carcass was another creature people believed was living in the area.

At the time, experts assumed it was a globster due to its odd appearance, while some believed it was a newly discovered creature living in the deep sea. While the creature’s true origins remain a mystery, experts later assumed the animal was a decomposing basking shark.

12. The Mysterious Disappearance of Bermeja Island 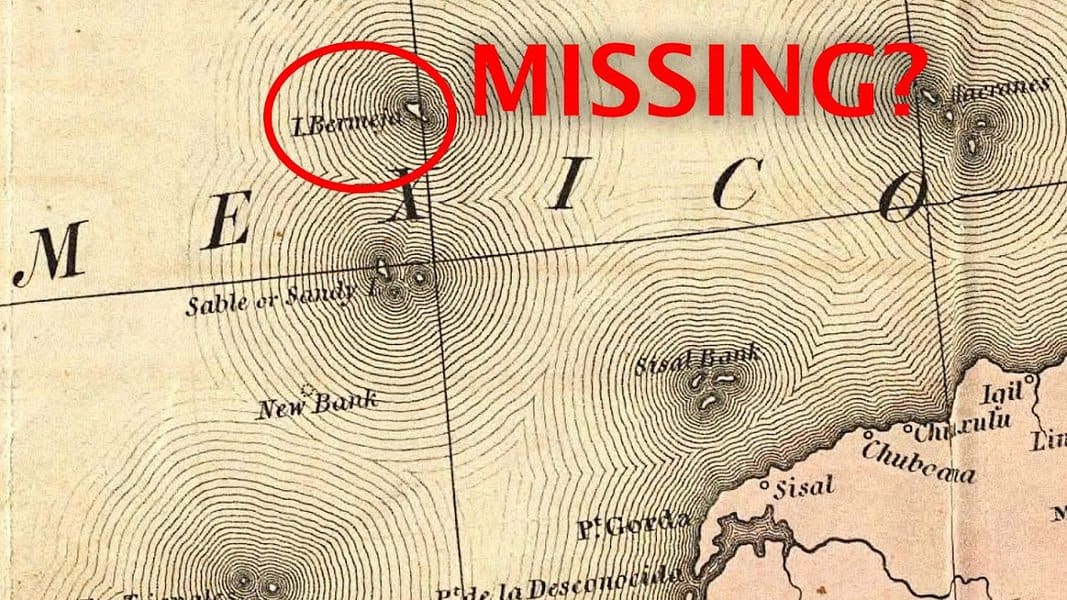 According to maps from the 16th to 20th century, the Island of Bermeja is located in the Gulf of Mexico. Alonso de Santa Cruz was the first to see Bermeja as far back as 1539. However, the island appears to have disappeared.

In 1997 and 2009, researchers searched extensively for the mysterious island. Some believe the island never existed or was lost due to climate change. On the other hand, people think the CIA blew up Bermeja to expand the United States boundaries.