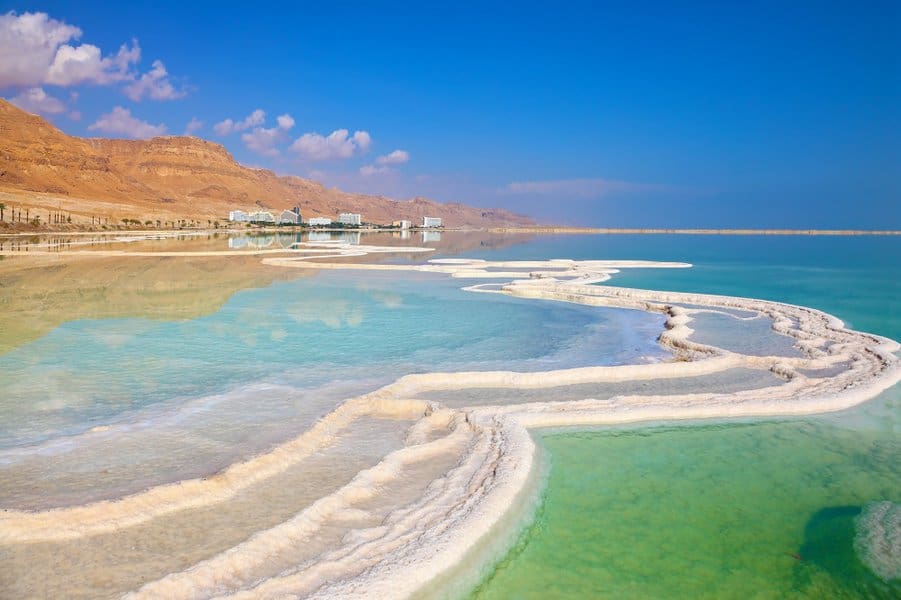 14 Amazing Places That Will Disappear Soon Due To Global Warming

The planet is vast and full of historical landmarks created by nature and humans. Many of these places have stood for centuries, withstanding the harshest of conditions. They reveal a bit of the planet’s history and ancient civilizations that existed centuries ago. A majority of these landmarks have also become tourist attractions. It turns out tourists better hurry up and visit these sites. Due to climate change, global warming, and natural events, many of these are places that will disappear soon.

Iconic rainforests are at risk of disappearing due to deforestation while historical locations will one day be underwater and wiped off the face of the Earth. Then there are small but famous islands at risk of being submerged underwater because of rising tides. Climate change and pollution are impacting various places around the globe, with air pollution changing the appearance of historic landmarks.

Perhaps most shocking is the fact that climate change and rising tides are profoundly impacting cities. Many famous cities worldwide will likely sink to the bottom of the sea if we don’t start looking after the planet. It might take another 100 years before these places disappear, but there’s a chance many of these locations could disappear in less than ten years. Take a journey to the most exotic parts of the world and discover history before it disappears forever.

14 Amazing Places That Will Disappear Soon Due To Global Warming 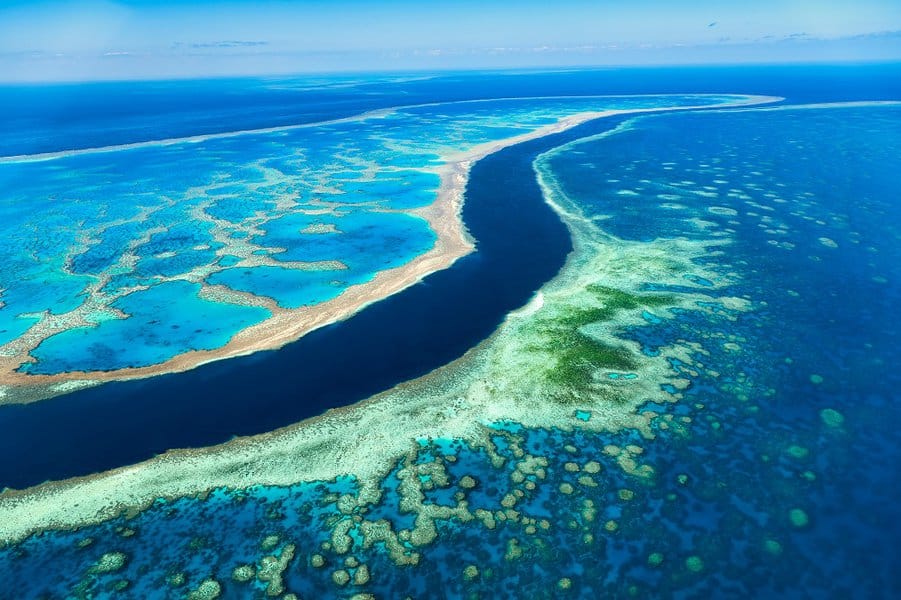 According to studies, the historic Great Barrier Reef has seven years left before a good portion of it disappears by 2030. There’s also a strong possibility the entire reef could vanish. Located off the coast of Australia in the Coral Sea, the Great Barrier Reef is the most extensive coral reef system in the world.

It consists of 900 islands and 2,900 individual reefs built by billions of little organisms. However, human use, coral bleaching, global warming, and dumping caused half of the coral cover to disappear from 1995 to 2017. While Australia has a plan to save the reef, scientists urge immediate action since 2030 isn’t far off. 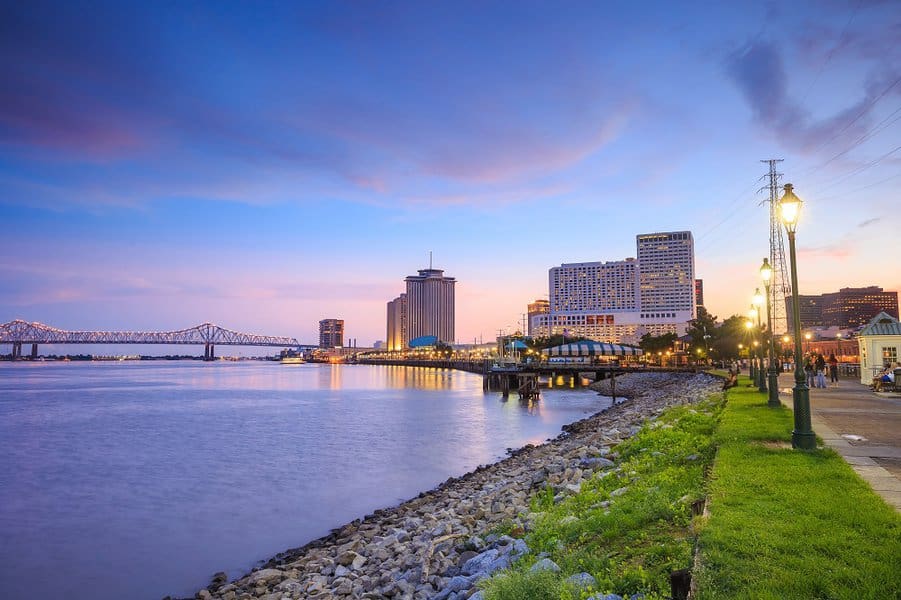 Along the Mississippi River in Louisiana sits the historic city of New Orleans. Originally settled on higher ground, half the city is below sea level due to severe hurricanes and human destruction. With its famous music, incredible food, and Mardi Gras festival, New Orleans is one of the top tourist attractions in the world. Incredibly New Orleans is currently sinking and could be underwater by 2100.

According to a NASA study in 2016, the city is sinking two inches per year, with portions of the city 15 feet below sea level. Scientists predict New Orleans will vanish into the water by 2100. In other words, book your trip to the Big Easy today before it’s too late. 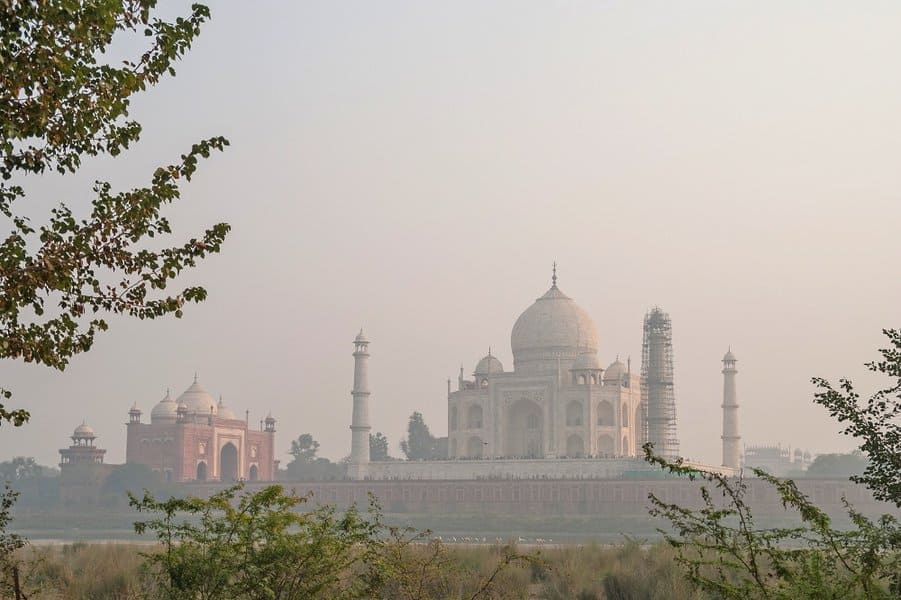 In 1631, Mughal emperor Shah Jahan authorized the construction of an ivory-white marble mausoleum in Agra, India. Known as the Taj Mahal, the emperor built a stunning complex to house the tomb of his beloved wife, Mumtaz Mahal. Located on the river Yamuna, the complex includes formal gardens, a mosque, a guest house, and the tomb as the centerpiece.

It took roughly 20 years to complete fully and quickly became one of India’s most popular tourist attractions. Unfortunately, the Taj Mahal is slowly turning yellow due to air pollution and other environmental concerns. With the river levels decreasing, the tombs are suffering structural damage. Experts speculate the tombs could collapse in five to ten years.

Furthermore, a nearby oil refinery caused acid rain to add more damage to the Taj Mahal. The damage has caused some government officials to demand significant changes to environmental policies. If not, they threaten the Taj Mahal should be closed to the public or torn down completely. 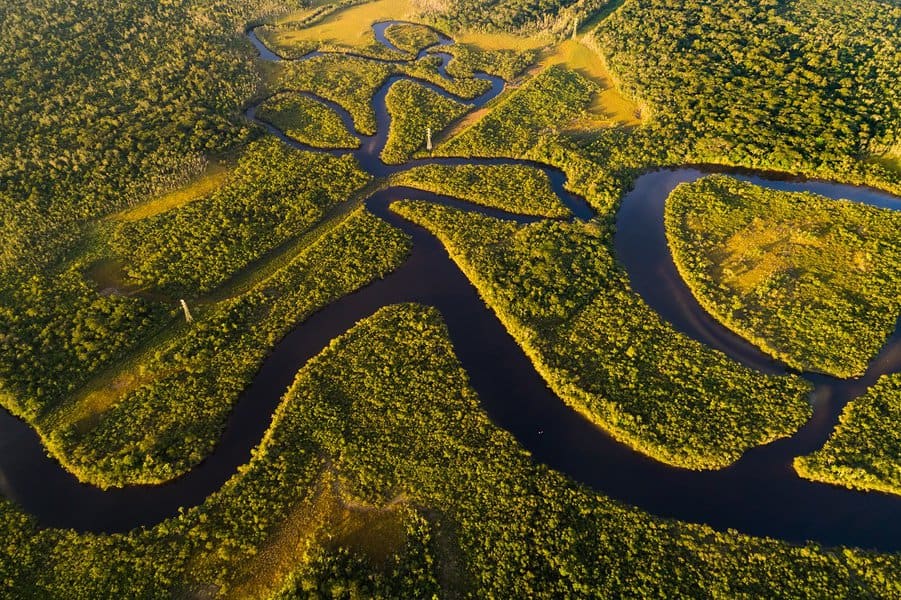 Along the Amazon Basin in South America sits the Amazon rainforest. The exotic rainforest has an abundance of biodiversity. In fact, the rainforest contains 427 mammals, 40,000 planet species, 2.5 million insect species, 2,000 birds, 248 amphibians, 2,200 fishes, and 378 reptiles.

With 390 billion trees, deforestation is the greatest threat to the Amazon rainforest. The Amazon consists of more than half of the Earth’s plants so if deforestation continues, it will greatly impact the most vital rainforest in the world.

Bordering the West Bank, Israel, and Jordan, the iconic Dead Sea sits in the Jordan Rift Valley. Aptly named the Dead Sea, the harsh conditions of the salt lake make it impossible for plants and animals to survive. Dating back centuries, visitors and tourists come from around the globe to glimpse the awe-inspiring sea. Sadly it might not be around for much longer to visit.

Since the 1930s, scientists have observed the sea line decreasing rapidly. Famous for its floating properties, the Dead Sea might disappear by 2050. Scientists believe it won’t completely disappear but will turn into a little puddle of sludge. 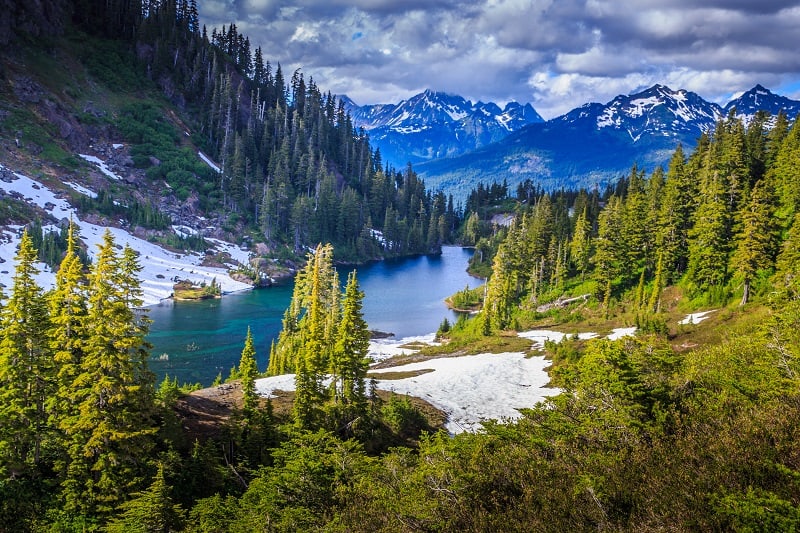 Covering more than one million acres of land, Glacier National Park gets its name from the historic glaciers found in the region. The park might have to change its name in less than ten years as scientists predict the last remaining glacier will disappear.

The park features hundreds of animals, 130 lakes, and 1,000 species of planets. Formed 170 million years ago, historic mountain ranges, Lewis and Livingston, are at the heart of the park. First established in 1910, the park has undergone massive changes since that time. In the 19th century, the park featured 150 mind-bending glaciers.

Due to global warming and climate change, most glaciers have already disappeared, leaving approximately 25. The melting of the glaciers created a U-shaped valley and hundreds of new lakes. If the current climate patterns are maintained, the glaciers will likely disappear in roughly seven years.

7. The Great Wall of China 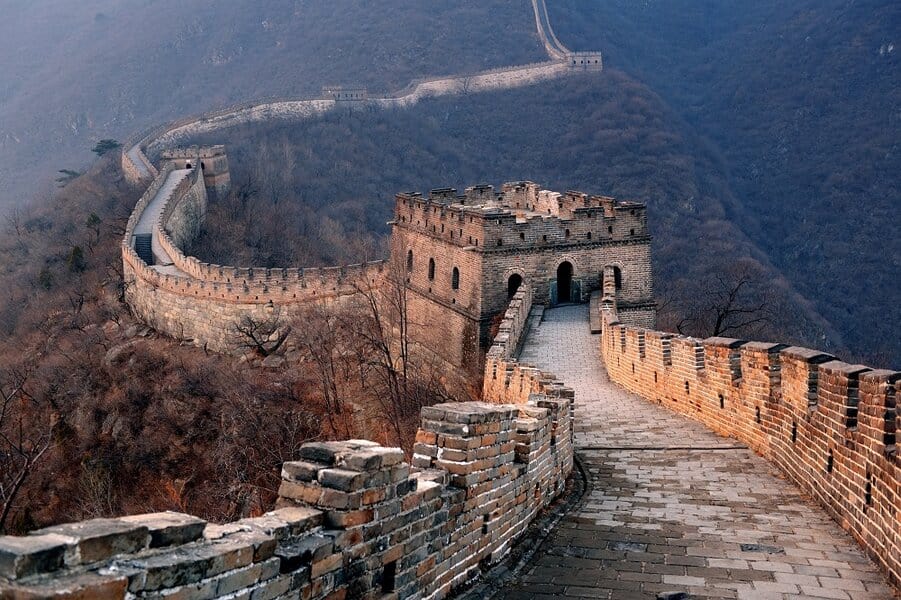 The Great Wall of China is one of the world’s greatest tourist attractions. Construction of the wall along the northern borders of Imperial China and the ancient Chinese states began roughly in the 7th century BC. Throughout the years, various dynasties added more portions of the wall. The Great Wall is a hotbed for tourists and visitors around the world.

Built between 1368 and 1644, The Ming dynasty’s section of the wall remains the most popular tourist attraction. While the portion in Beijing is well maintained, the rest of the wall is crumbling. Vast areas of the Wall vanished due to sandstorms. In fact, 30% of the Ming dynasty era portion of the Wall has vanished. Based on current estimates, the Great Wall of China could disappear by 2035.

See more about - The 11 Coldest Places On Earth

8. The Rainforest in the Congo Basin 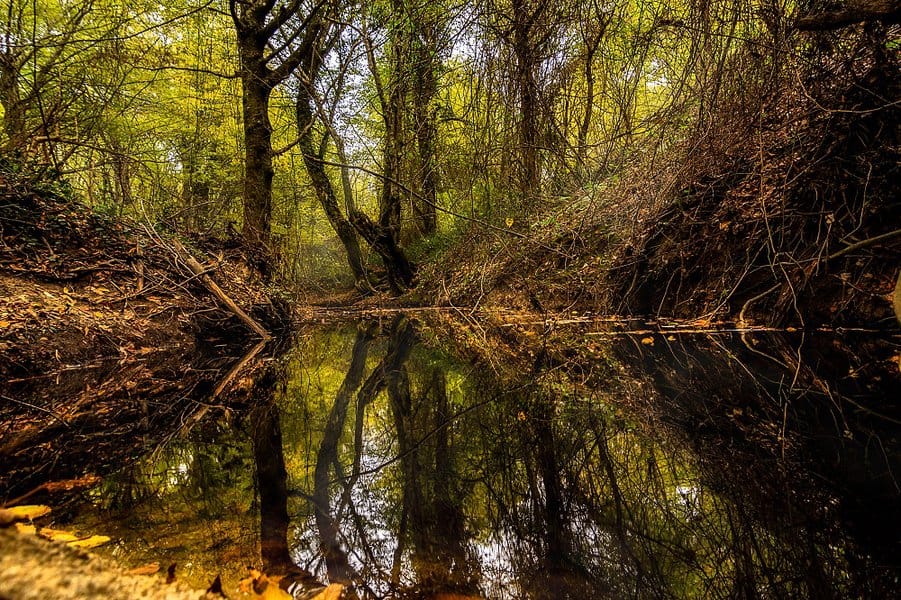 In Central Africa, the Congo Basin is home to the second-largest rainforest in the world. The rainforest stretches across six countries with 10,000 species of animals, including the western lowland gorilla. Additionally, the Congo rainforest has over 10,000 different species of planets.

9. The Ice Caps of Mount Kilimanjaro 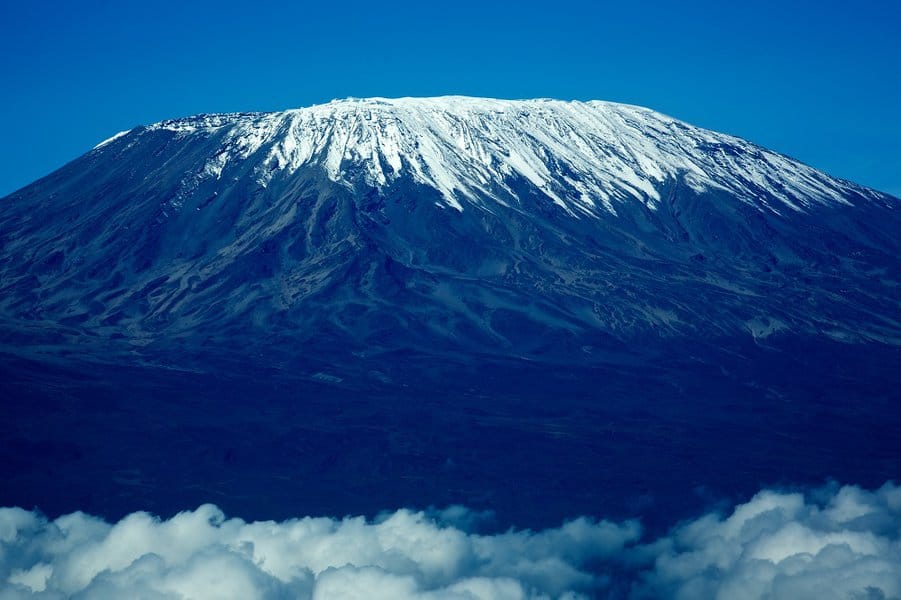 Standing 5.985 meters above sea level, Mount Kilimanjaro is Africa’s highest mountain and volcano. Located in Tanzania, the dormant volcano is famous for its incredible hikes and dangerous climbs. What you might not know is the stunning ice caps on the top of the mountain are slowly disappearing.

From 1912 to 2011, an astonishing 85% of the ice on the famous mountain vanished. A combination of global warming and climate change contributed to the disappearance of the ice cap on Kilimanjaro. The shrinking glaciers will likely disappear between 2025 and 2035. Scientists predict the ice cap and glaciers will be gone entirely by 2040. 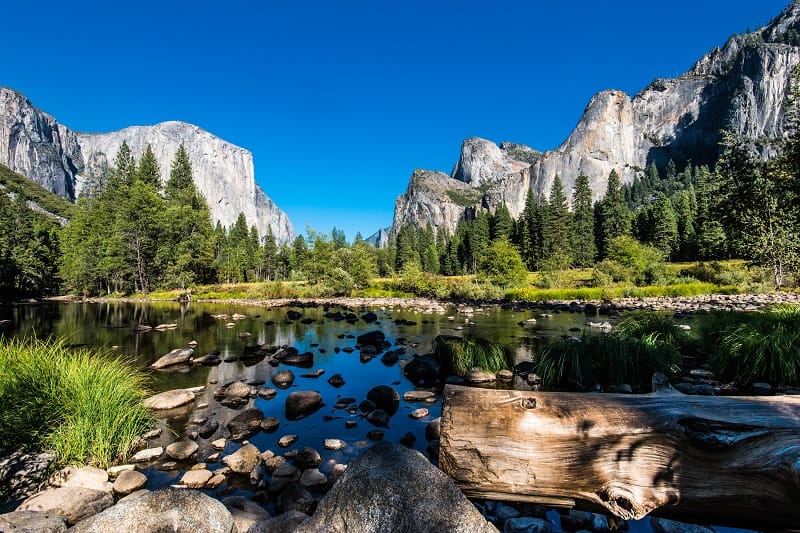 In 1890, the historic Yosemite Valley officially became Yosemite National Park. Declared a World Heritage Site in the 1980s, the park is famous for its wildlife, including vast species of animals, birds, and plants, along with its natural shape, mountains, waterfalls, cliffs, and lakes.

One million years ago glaciers melted away creating the mountain’s U-shape design. A majority of the glaciers have already melted, leaving behind the remaining two. A glacier discovered in the 1870s melted and vanished by the 1980s, with the last two glaciers likely to disappear in the next 30 years. 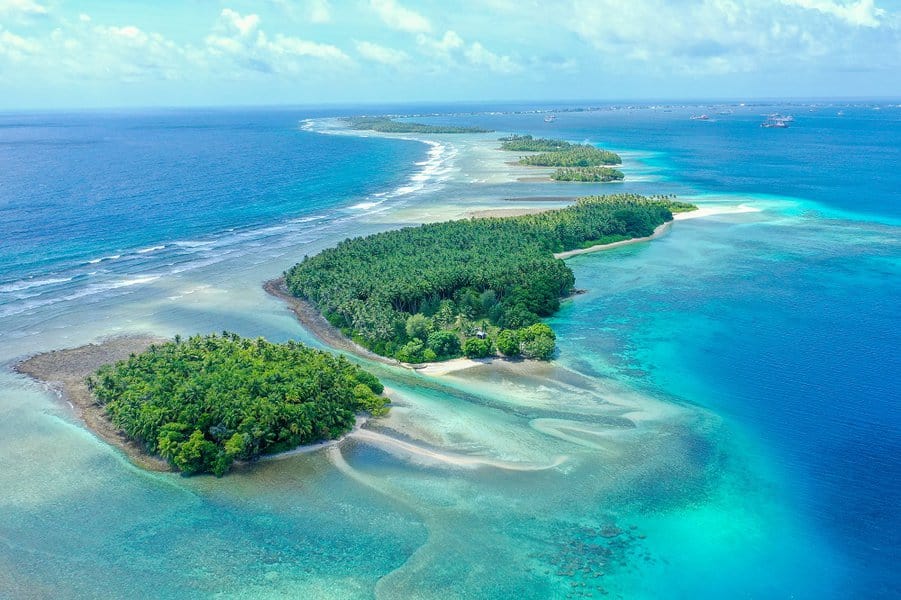 Near the Equator in the Pacific Ocean sits the breathtaking Marshall Islands. With five islands and 29 coral atolls, the Marshall Islands has a population of 59,190. Roughly 97% of the area consists of water, more than any sovereign state. These days Marshall Island looks drastically different from when the first settlers arrived in the 2nd millennium BC.

With rising sea levels and climate change, the Marshall Islands are on track to disappear completely. According to the U.S. Geological Survey, portions of the Marshall Islands will be underwater by 2035. Furthermore, the remaining population will struggle to survive due to contaminated drinking water. 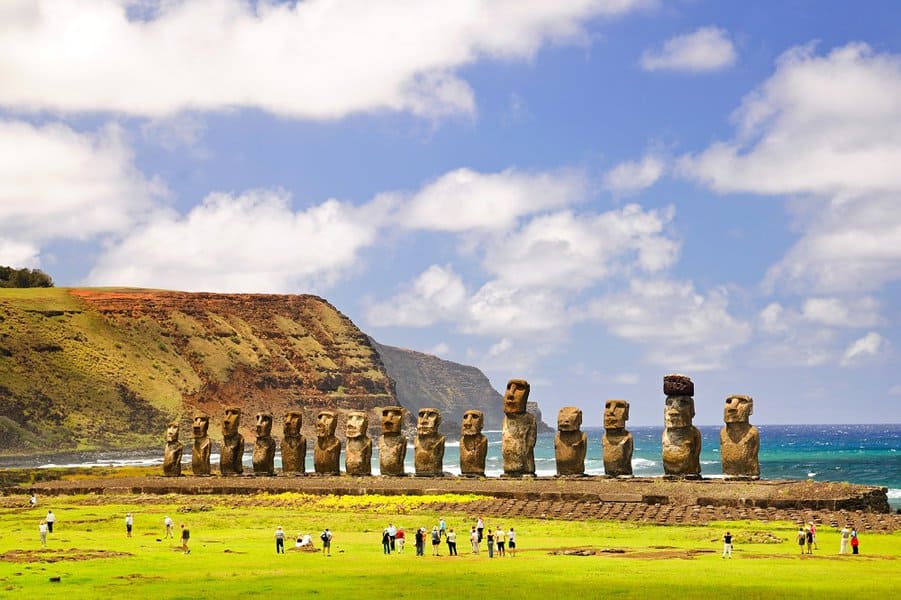 A special territory of Chile, Easter Island sits in the Pacific Ocean. The island is best known for the 1,000 gigantic statues called moai lining the island. Evidence suggests the first inhabitants arrived on the island centuries ago, between 800 and 1200. Thus, UNESCO declared Easter Island a World Heritage site in 1995.

Rising tides are starting to threaten the famed island. The island will likely sink into the ocean over the next couple of years. That also means that the iconic moai statues will vanish underwater. Easter Island disappearing will cause long-term damage to the Islands and the people living on it. 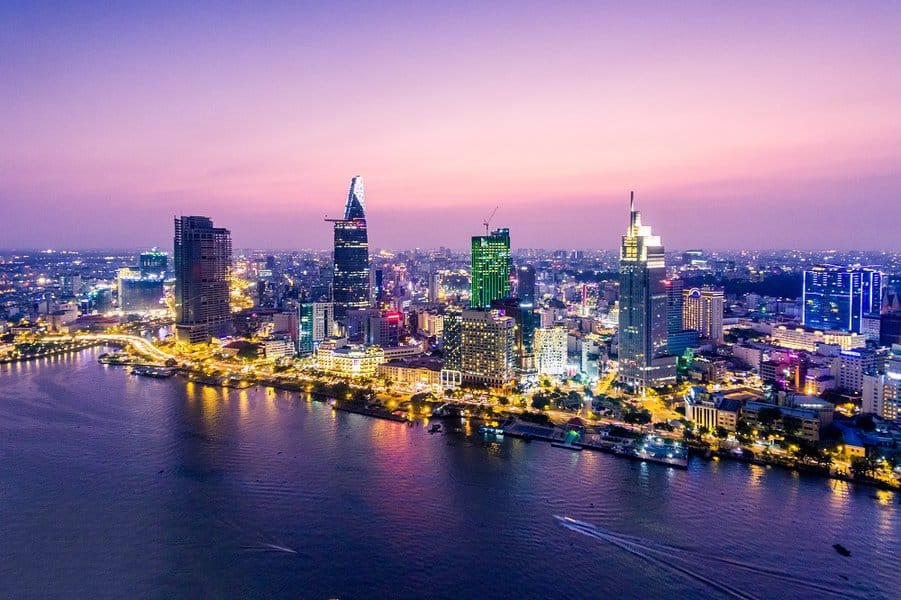 With climate change and global warming, sea levels are rising all around the globe. Many iconic cities are in danger of being submerged underwater. According to recent studies, Ho Chi Minh City is at risk of disappearing from the face of the Earth, which would not be ideal for a city central to Vietnam’s economy and politics.

Also known as Saigon, Ho Chi Minh City is vulnerable to flooding due to rising sea levels. Based on current estimates, a portion of the city will be underwater by 2050. Therefore, close to 20 million people live in a part of Ho Chi Minh City that’ll sink to the bottom of the sea. Ho Chi Minh City is one of the world’s most famous places and could vanish by 2050. 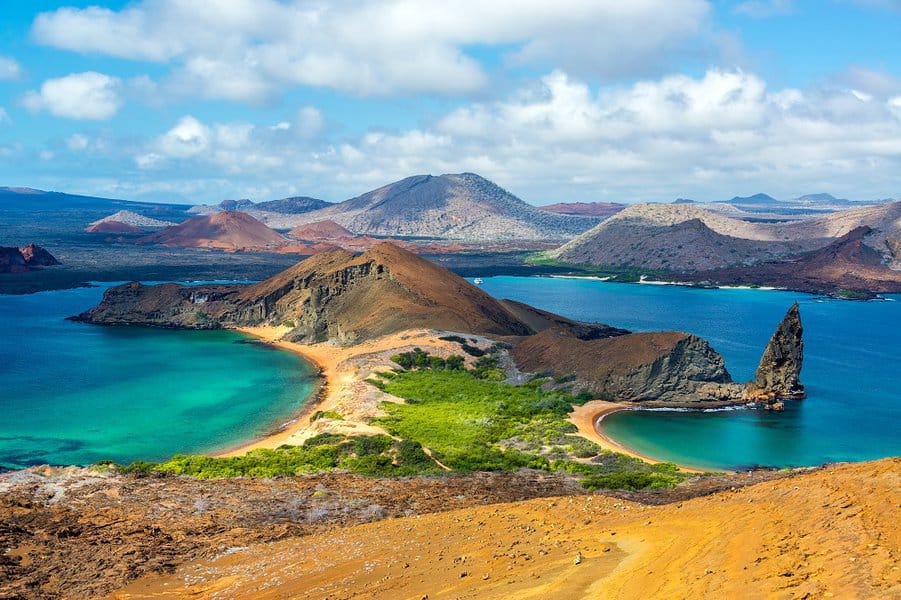 Islands around the globe are suffering due to rising sea levels. The world-famous Galapagos Islands are in danger of vanishing due to climate change and unforeseen consequences. The volcanic islands feature an abundance of animals, including endangered species.

It has vast wildlife and sea animals, such as bottlenose dolphins, blue-footed booby, Marine Iguanas, and brown pelicans, that call the island home. The remote island is at risk of sinking to the bottom of the ocean due to rising tides. If the historic peninsula were to disappear, it would take numerous endangered animals with it and decimate the local ecological system.