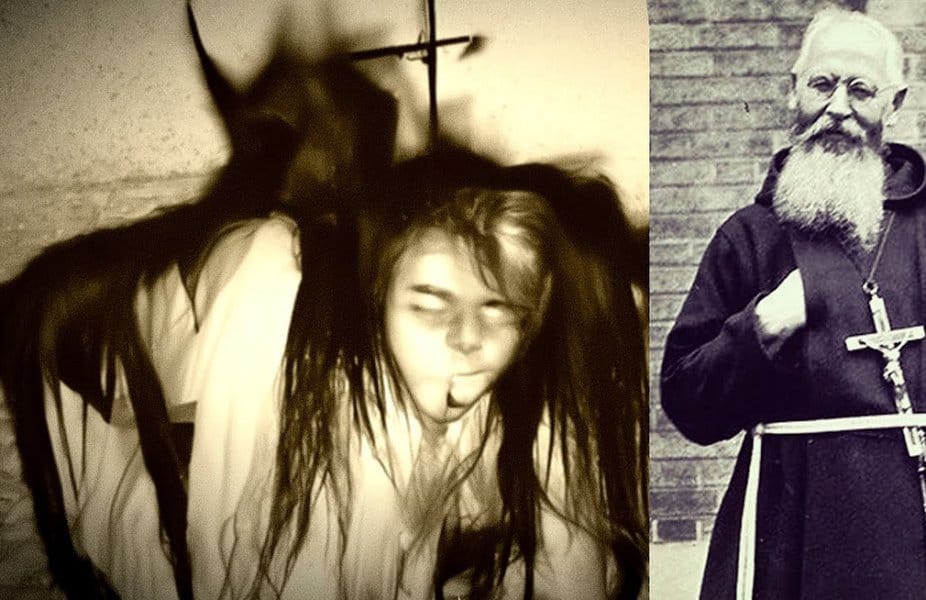 Exorcisms aren’t only in classic horror movies and television shows. Real life exorcisms are scarier than any movie. It might seem unreal, but exorcisms are part of many cultures around the globe. The Vatican still believes exorcisms are sometimes necessary. They even teach a class for priests on how to perform the ritual.

Exorcisms often involve a ceremony forcing a demon or entity from a possessed person or area. Usually accompanied by strange occurrences, exorcisms often end in tragedy. Physicians and psychologists all agree there’s a more practical answer to a person showing signs of possession. In most cases, the possessed are likely struggling with their mental health, although many who perform exorcisms are confident their experience was real. Here’s a look at 10 real life exorcisms you won’t believe are true. 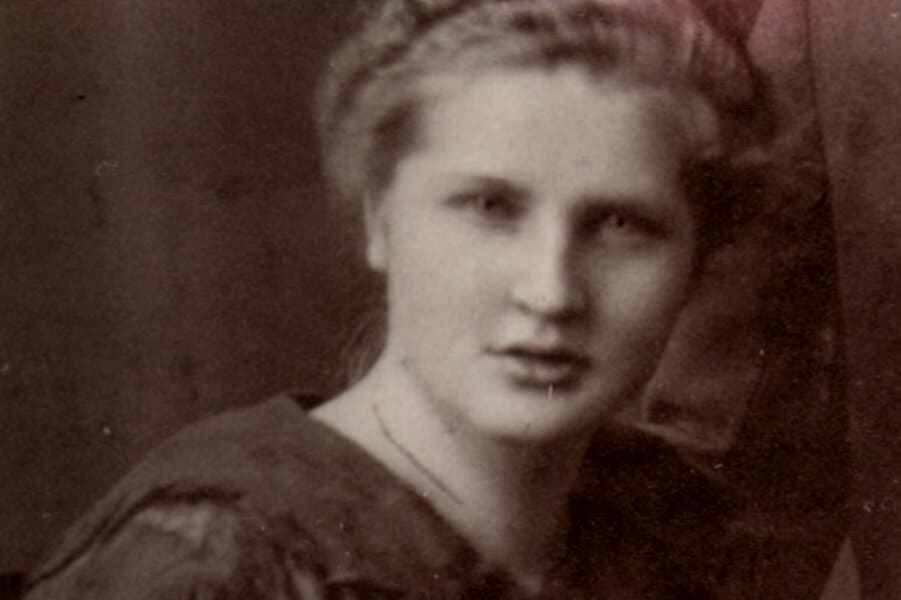 American Anna Ecklund claimed to be possessed by a demon from ages 16 to 46. Real-name Emma Schmidt, her case was one of the first detailed accounts of possession and exorcism. Her early life is a mystery, but she was either born in Milwaukie or moved there in the late 1880s. At the time, the most common theory suggested Emma’s Aunt Mina and her father, Jacob, possessed her. Furthermore, locals accused Aunt Mina of being a witch and having an affair with Jacob.

In 1912, Father Theophilus Riesinger performed an exorcism on Emma when she was sixteen. For roughly two decades, Emma appeared cured until 1928. Father Riesinger took Emma to Franciscan Sisters Covenant to perform a second exorcism. Lasting several months, there were reports of her levitating, fits of rage, hissing like a cat, and hanging from the doorway frame. She refused to eat and vomited garbage. Finally, Father Riesinger forced the demon from Emma’s body. She went on to live a normal life with mild possession symptoms. 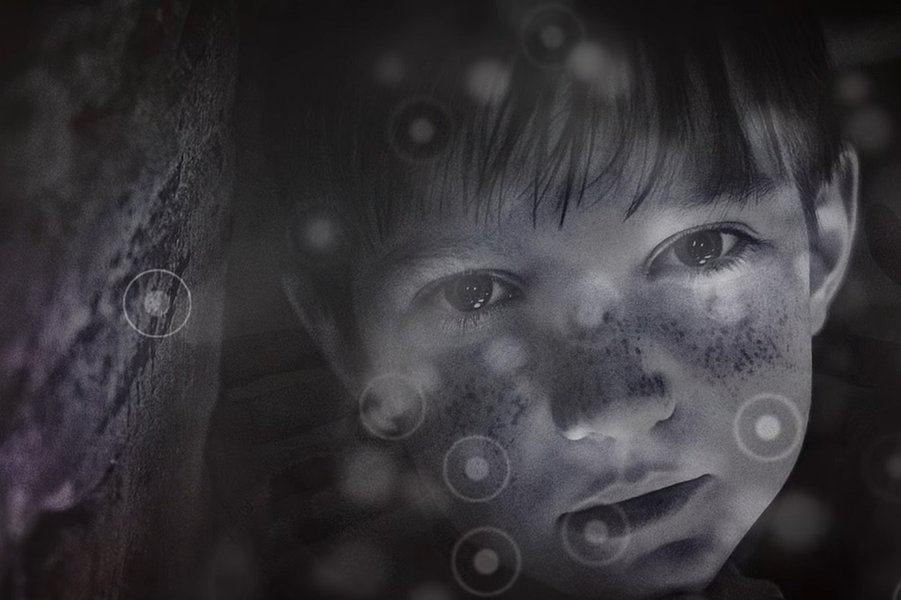 Inspiring the William Peter Blatty novel and 1973 movie, The Exorcist, the case of Roland Doe is still one of the most controversial. Using the pseudonym Roland Doe, Ronald Edwin Hunkeler from Cottage City, Maryland, claimed to be possessed by a demonic entity. The family claimed strange occurrences started happening shortly after his Aunt Harriet’s death. The family’s pastor was sure Ronald was possessed and urged the family to go to the Catholic Church for help.

Some sources indicate the first exorcism took place in Georgetown University hospital where Ronald injured the priest with a bed spring, stopping the exorcism. While visiting St. Louis, Father William Bowdern performed another exorcism on Ronald. With numerous priests in the room, there were claims of the words “evil” and “hell” appearing on his body and the mattress shaking.

Many skeptics suggested Ronald faked the incident as he had a reputation for pulling off elaborate pranks. Furthermore, reports indicate the first exorcism never happened. Ronald went on to live a normal life and put his possession behind him. 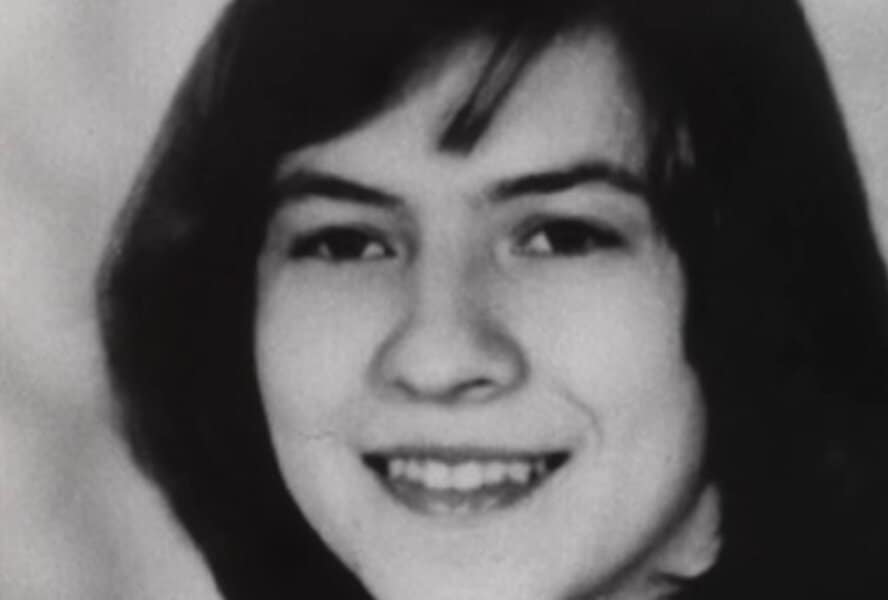 Living in Germany, Anneliese Michel had an ordinary life until she turned 16. Diagnosed with temporal lobe epilepsy, she began having seizures and suffered from severe depression. After a stay in a psychiatric hospital, she started hearing voices. When her condition worsened, Michel became convinced that a demon possessed her. A devout Catholic, she turned to the Catholic Church for help. Initially, the priests advised her to seek further medical treatment, noting that an exorcism required the bishop’s permission.

As the hallucinations intensified, Michel’s health deteriorated with her eating insects and barking like a dog for days. Finally, in 1975, a bishop granted two local priests permission to perform an exorcism. They performed 67 exorcisms on her for a year, causing her to become severely dehydrated and malnourished. She died tragically on July 1, 1976. The court found Michel’s parents and the priests guilty of negligence leading to a six-month suspended sentence. The case inspired the 2005 horror film The Exorcism of Emily Rose. 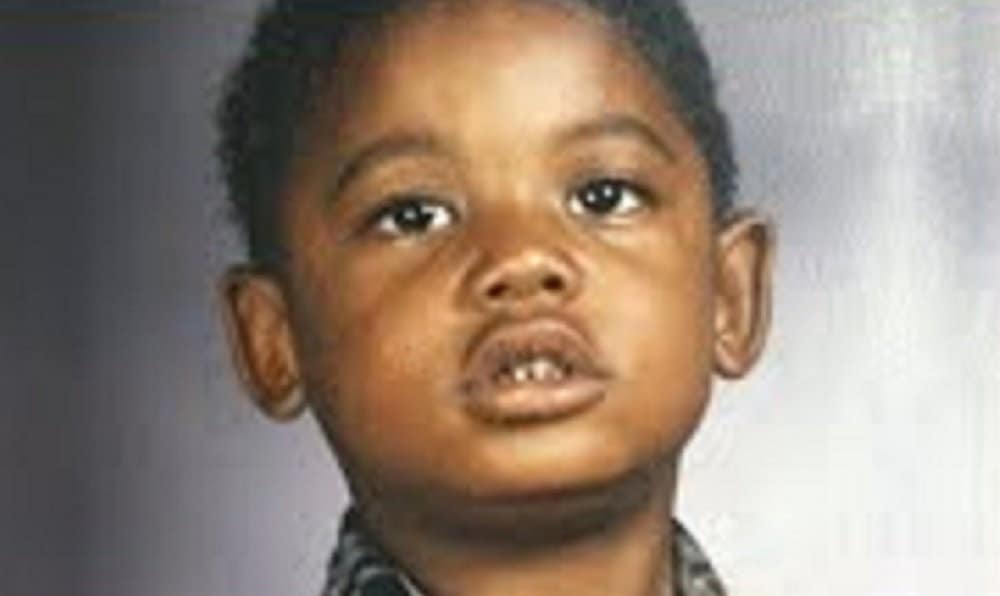 Once Upon A Crime Podcast/YouTube

Many exorcisms on this list occurred decades ago, between the 1900s and 1980s. However, exorcisms still occur today, often with tragic results. Eight-year-old Terrance Cottrell’s mother believed her son exhibited signs of possession. Doctors disagreed and diagnosed him with autism. The doctors couldn’t convince Cottrell’s mother, so she took him to a church inside a strip mall.

Once inside, a priest performed an exorcism with several others in attendance. While Cottrell was in restraints, the priest placed a cross on his chest, which eventually contributed to his death. At the trial, it came out that the priest had no formal or religious training. He was found guilty of child abuse and served a short sentence in prison.

When Maricica Irina Cornici was 19, she became a nun at the Tanacu monastery in Romania. Soon her mental health began to decline. Diagnosed with schizophrenia, the hospital released her into the care of the monastery after a few weeks. In 2005, Father Daniel Petre Corogeanu became convinced that Satan possessed Cornici. Along with four Orthodox Christian nuns, Father Corogeanu performed an exorcism on Cornici.

Considered a danger to herself, they restrained her limbs, tied her to a cross, and stuffed a towel in her mouth to stop her from swearing. They prayed until the Devil finally left Cornici. Cornici returned to her room but fainted after eating. With a weak pulse, the nuns called an ambulance, but she died on the way to the hospital. Later, the coroner revealed that Cornici likely died from an overdose of adrenaline in the ambulance. Regardless, Corogeanu and the nuns all went to prison. 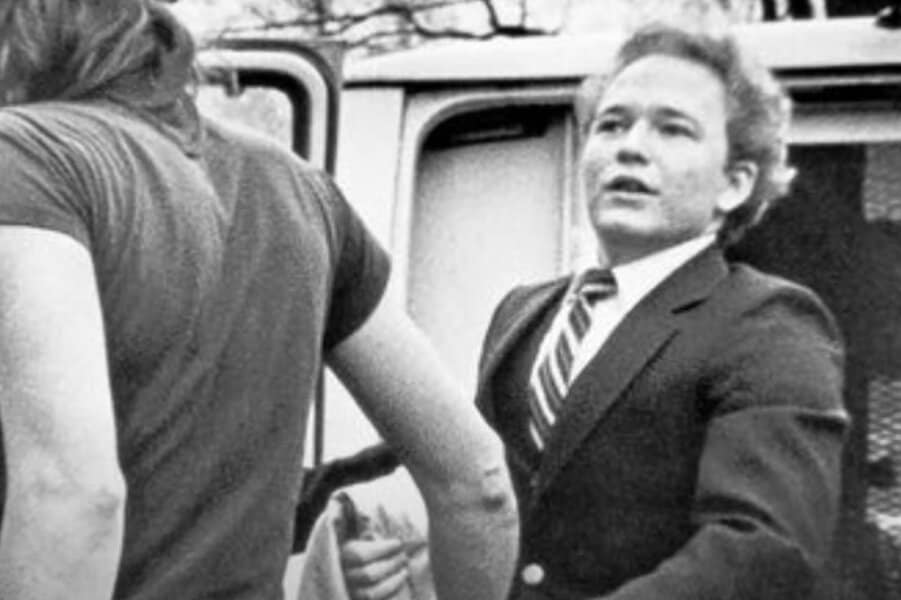 Ed and Lorraine Warren are famous for their involvement in numerous possession cases. One of their most prominent cases took place in the early 80s. It started when 11-year-old David Glatzel claimed he saw an old man at his family’s new rental property. Soon David began acting erratically and growling. His mother, Debbie, and her boyfriend, Arne Cheyenne Johnson,  began to believe he might be possessed.

With the help of the Warrens, they performed an exorcism on David. Lorraine claims David levitated and predicted that Johnson would commit a murder. They forced the demon out of David, but it attached itself to Johnson. Johnson began acting erratically, hallucinating, and growling.

On February 16, 1981, Johnson violently murdered his landlord Alan Bono. During the trial, the judge rejected the defense of possession. Johnson served three years of his sentence and is now married to Debbie. The horror film The Conjuring: The Devil Made Me Do It features Johnson’s story. 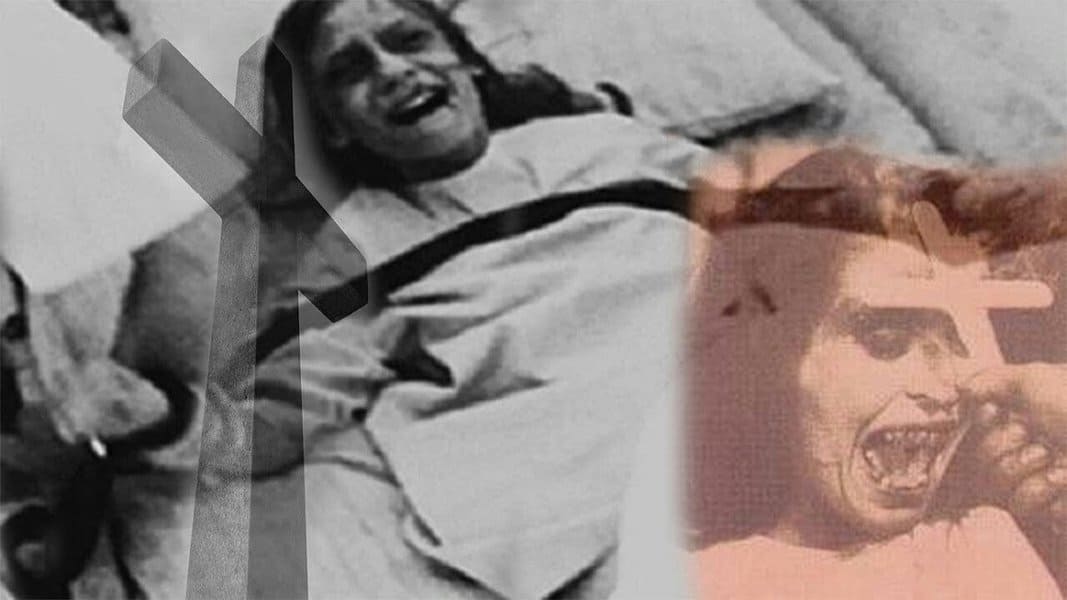 As the story goes, orphan Clara Germana Cele made a pact with Satan when she was 16 that had dire consequences. In the early 1900s, Clara lived at St. Michael’s mission in Natal, South Africa. The nuns reported cases of Clara ripping off her clothes, barking like a dog, and speaking several different languages. They also claimed she was clairvoyant and could uncover a person’s most profound and darkest secrets.

While making sounds like a terrifying beast, Cele threw the nuns around and beat them up. Her one weakness was Holy Water, although when this didn’t stop her and she began levitating, an exorcism was ordered. Two priests performed the exorcism and forced the demon out of Cele. 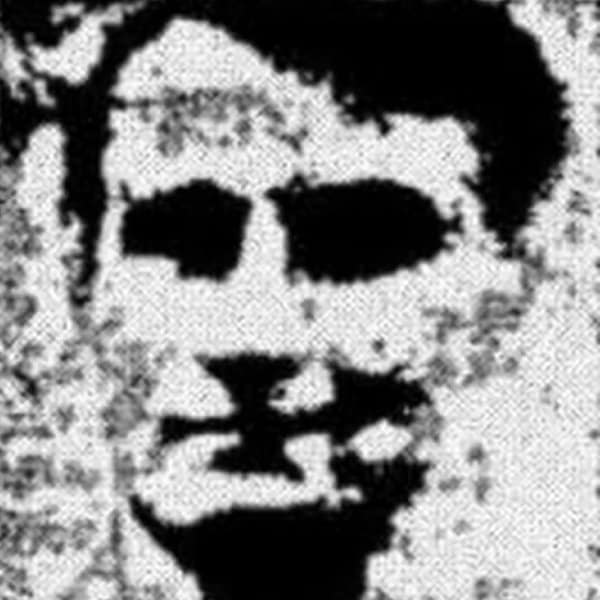 English killer Michael Taylor was at the center of the strange Ossett murder case. Working as a local butcher, Taylor claimed he felt an evil within him in 1974. At the time, his wife, Christine, told their church group that he was having an affair with the head of the group Marie Robinson. After a heated exchange, Taylor began acting strange and unpredictable. Eventually, the local priests performed an exorcism on Taylor on the church grounds.

The priests claim they cast over 40 evil demons from Taylor over two days. They sent him home, knowing the three most evil demons still resided in him; murder, violence, and insanity. Once he arrived home, Taylor brutally murdered Christine and their pet poodle. Police found him covered in blood and roaming the streets naked. He avoided prison due to insanity and spent two years in a psychiatric hospital before his release. 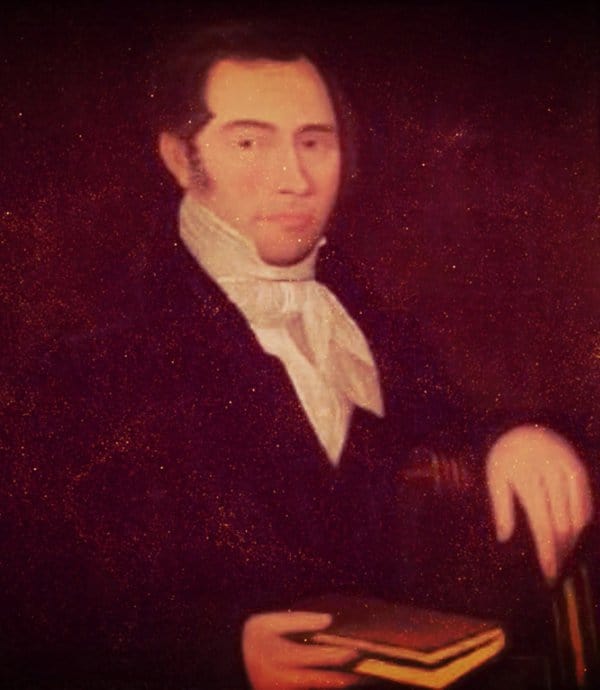 In the late 1700s, George Lukins became one of the most famous possession cases at the time. The tailor and entertainer claimed he suffered a “divine slap” during a performance in the Christmas pageant and was never the same. He went from being upbeat and happy to acting erratic and barking like a dog. His strange behavior persisted until Reverend Joseph Easterbrook decided to get involved. At this point, Lukins was already claiming to be The Devil.

Easterbrook and six other clergymen performed an exorcism on Friday, June 13, 1778. The ritual included prayer and signing, eventually forcing the demon out of Lukins. Skeptics countered that Lukins likely had Sydenham’s chorea and suffered from epilepsy. 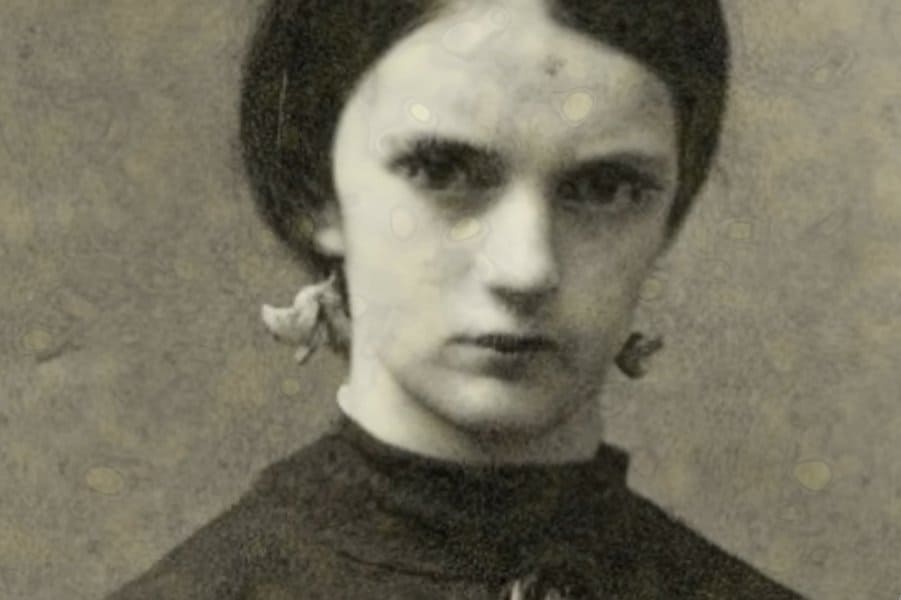 In the 1800s, a small German village near the Black Forest, Mottlingen, was the site of a horrifying exorcism. After her parent’s death, Gottliebin Dittus and her siblings lived alone in their big house. However, neighbors started reporting strange sounds coming from the residence at night.

Believing the house to be haunted, Gottliebin claimed a ghostly woman with a baby would visit her nightly. A few locals, including a doctor, stayed in the house overnight and observed objects and furniture moving.

Since the demon appeared to be targeting Gottliebin, she left the house to stay with a cousin. Her siblings no longer encountered any eerie happenings as the demon had followed Gottliebin to her cousin’s house. Reverend Johann Christoph Blumhardt performed an exorcism on Gottlebin and forced the demon out.