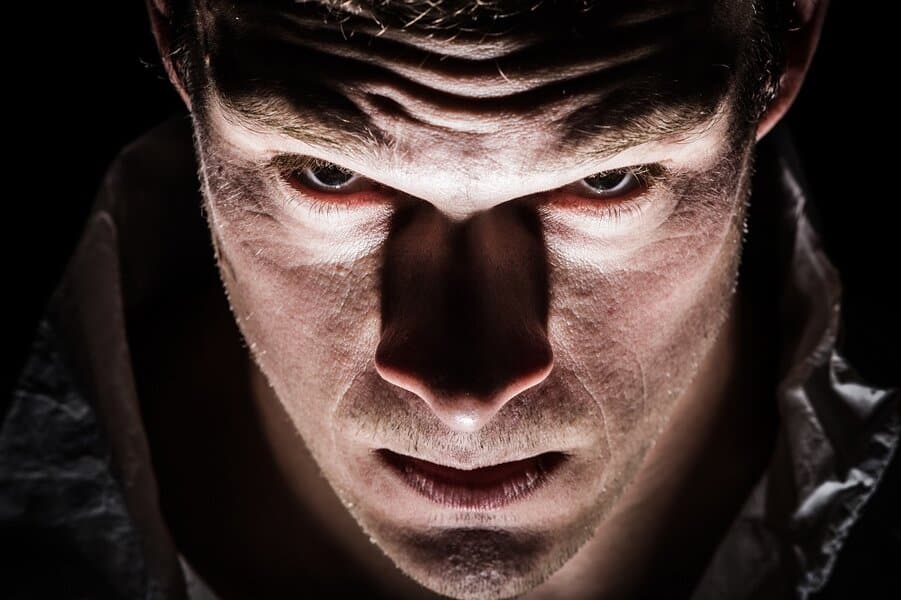 Signs of a Psychopath: 18 Things To Look Out For

When most people think of psychopaths, they picture American Psycho or a notorious serial killer. Nobody ever thinks about the signs of a psychopath that identify a person as being mentally ill. A psychopath is someone with a serious antisocial personality disorder. Personality disorders can disrupt a person’s mood, behavior, and actions. Psychopaths tend to be violent, impulsive, and cruel. Furthermore, they’re attracted to criminal behavior. With dishonest personalities, they also engage in violent and abusive actions. It’s essential to know the signs of psychopathy. It might sound cliche, but you never know who a psychopath could be. Most psychopaths are excellent liars with charming personalities they use to lure in their victims.

Often people wonder if they know a psychopath. Understanding the signs is an excellent first step. The next step is to take a test known as the Psychopathy Checklist. Several notable people took the test over the years, including serial killers Ted Bundy and Jeffery Dahmer. They both operated as killers for years, going unnoticed for various reasons. All the signs of a psychopath were present in both. Knowing the signs will help you determine if you know a psychopath or worse, are one yourself. Check them out below.

Signs of a Psychopath: 18 Things To Look Out For 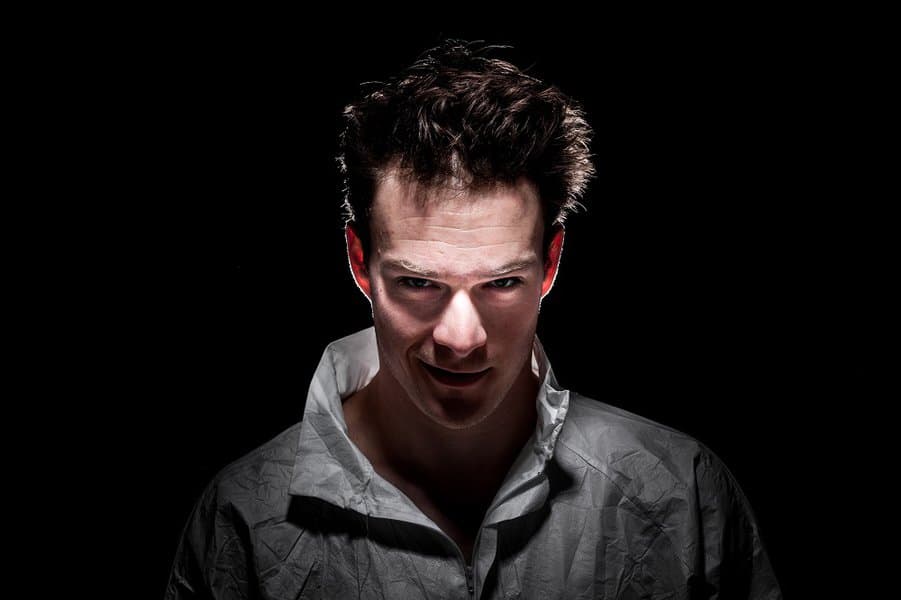 One of the most common psychopathic traits is a lack of conscience. Psychopaths never feel remorse or guilt for physically or emotionally hurting someone. They don’t even care if they get in trouble for causing pain and suffering.

Psychopaths never learn from their mistakes or worry about getting caught. When a psychopath reaches this point, they often become incredibly dangerous. 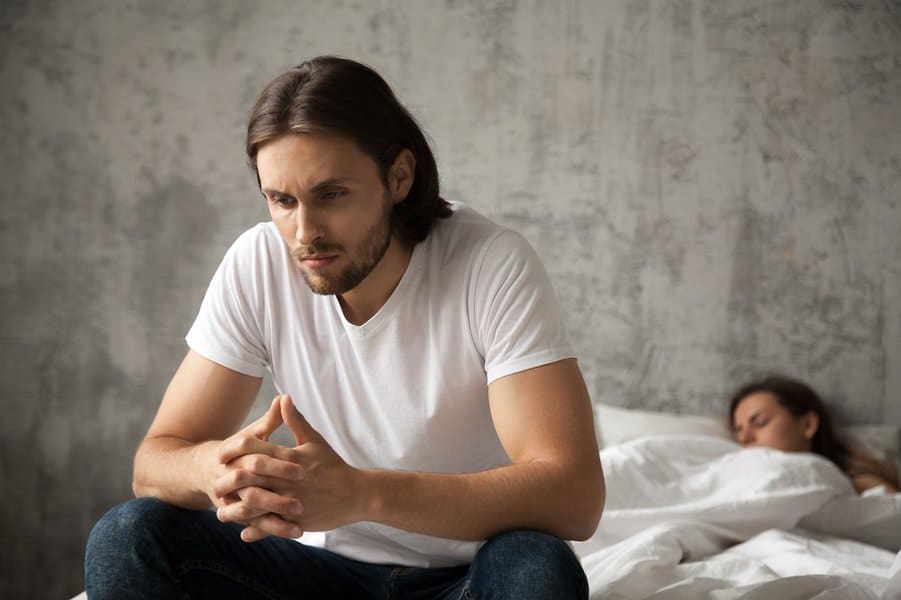 One of the hallmarks of a psychopath is a complete lack of empathy. They usually have a large ego and can’t put themselves in someone else’s shoes. They can’t comprehend other people’s emotions and feelings.

Instead, they believe that their way of thinking and behaving is above everyone else. In their eyes, they’re the only ones that matter. 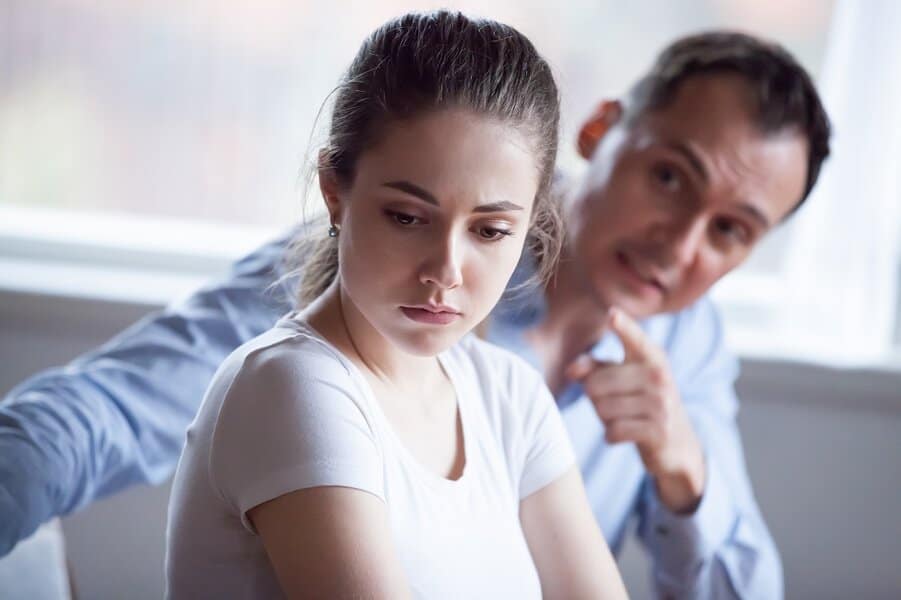 There’s nothing more important to a psychopath than the need for control. The desire for power and control is directly related to their narcissism and enormous egos. They’re attracted to positions of authority.

It’s also quite common for psychopaths to land high-ranking positions in the corporate world, notably CEO. However, their need for control often clashes with their sudden impulsiveness. 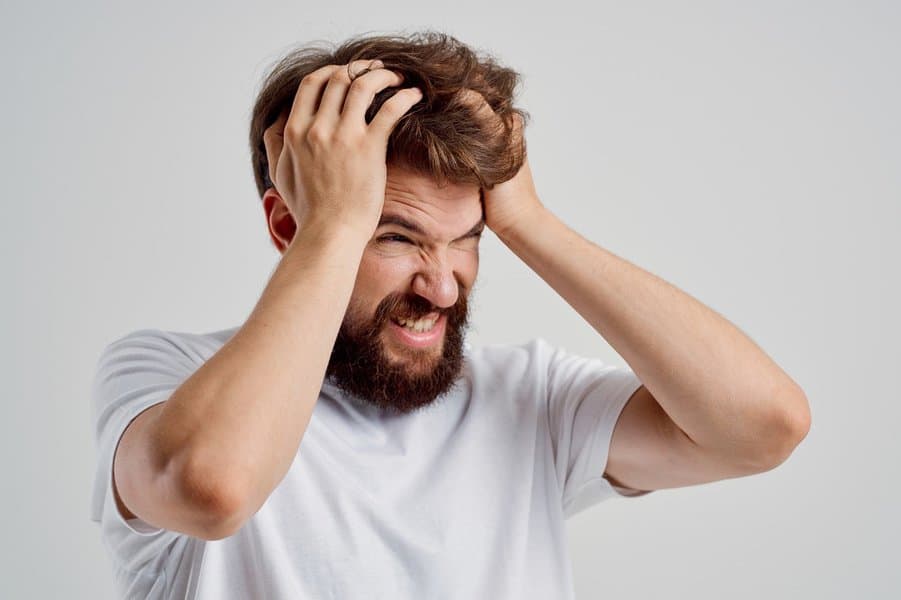 Psychopaths will make decisions on a whim, from shoplifting to committing murder. Despite the need for control, psychopaths tend to act on sudden urges and impulses. Impulsiveness is usually a warning sign that a person might be a psychopath.

They have a reputation for diving into a situation without giving it much thought. Furthermore, this way of thinking often leads to criminal behavior. 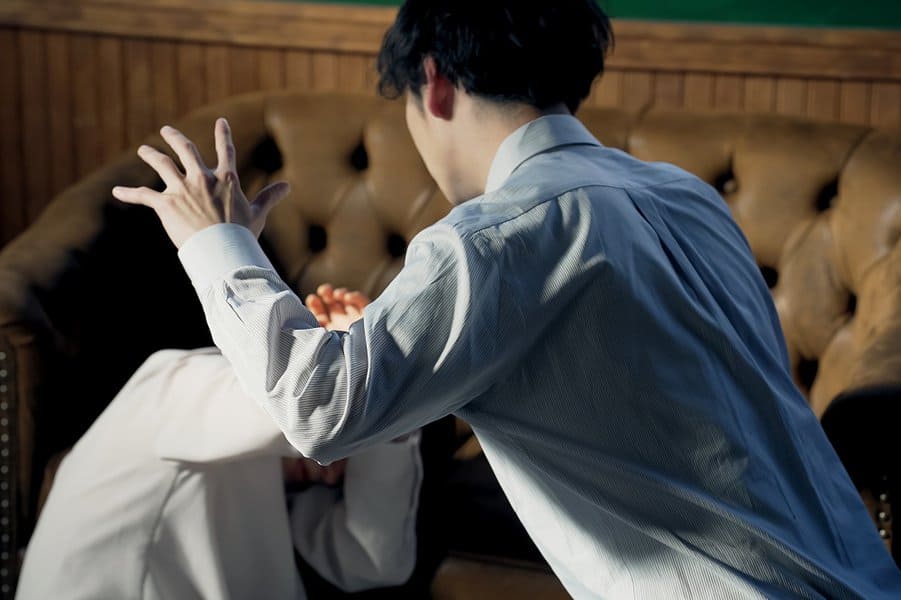 Understanding psychopathy is a crucial tool in predicting violent and sexual offenses. Psychopaths usually have violent, aggressive, and abusive characteristics. Cold and calculated, they are rarely prone to sudden rage. Instead, they plan out their violent crimes.

Due to a lack of empathy, conscience, and a giant ego, they rarely learn from their mistakes and are often repeat offenders. Violent and aggressive behavior is one of the biggest red flags of a psychopath.

6. Sadistic Enjoyment of Pain and Suffering 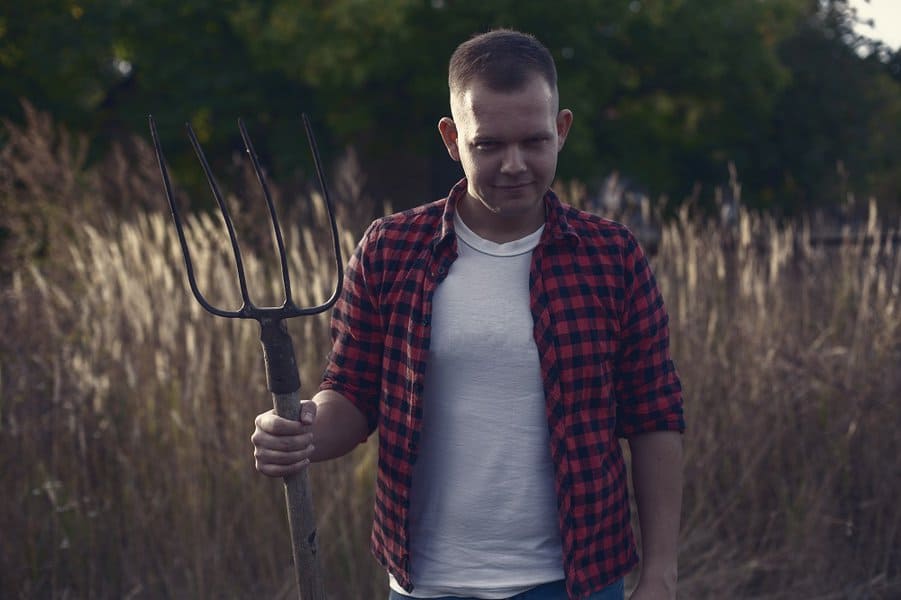 Not all psychopaths enjoy the pain and suffering of other people. However, it’s one of the most common traits among psychopaths. In some cases, psychopaths get a thrill from watching someone in distress. At the same time, it’s common for psychopaths to feel aroused as someone suffers excruciating pain. 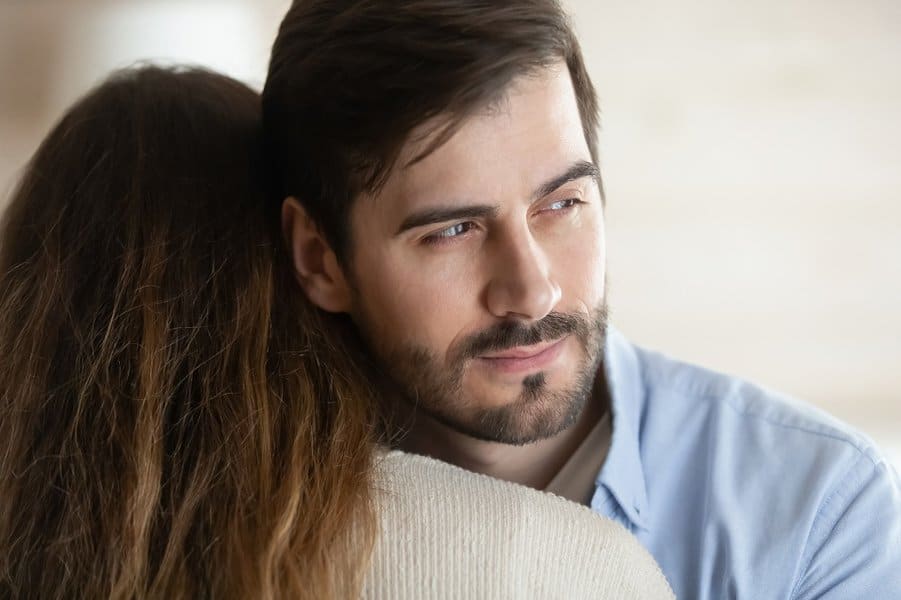 A vital component of a psychopath is their natural ability to lie. They enjoy lying so much that they’ll lie about random things, even if it doesn’t matter. Sometimes they’ll lie to manipulate a person or boost their ego.

Essentially, they’re pathological liars that can’t help themselves. Most people feel guilt or shame if someone catches them lying. On the other hand, psychopaths feel no level of embarrassment or remorse. 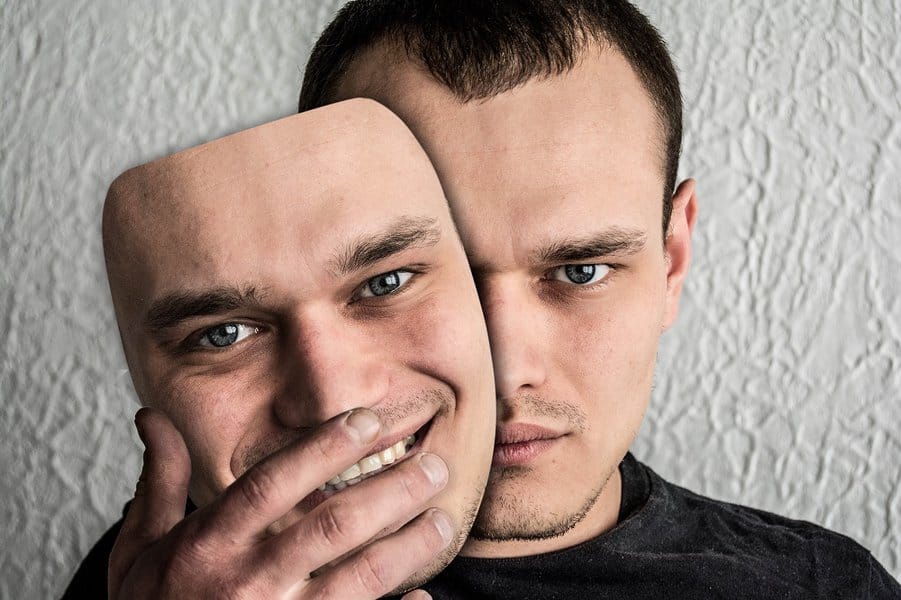 On the surface, psychopaths can project a false image, hiding who they really are. They appear to be charming, charismatic, and kind, but beneath the fake image is a callous individual. Furthermore, they’re skilled at fake sympathy, compliments, and compassion.

Female psychopaths are slightly better at this than males. In reality, they feel none of these emotions. But they won’t be able to keep up the phony facade and eventually, the cruel and heartless psychopath soon emerges. 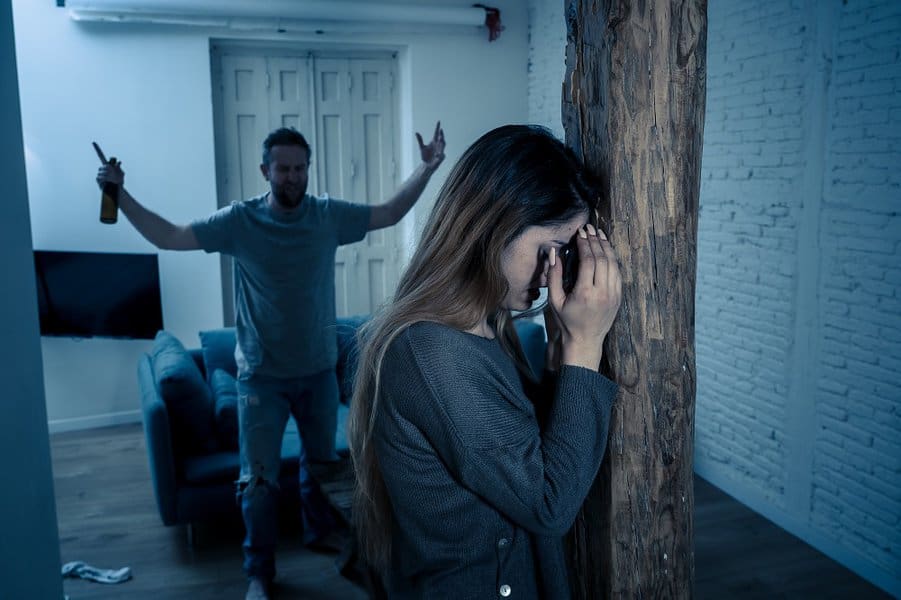 Psychopaths are highly skilled manipulators and experts at deception. They will use charm, praise, lies, distorting the truth, and gaslighting to manipulate people. The polite and kind demeanor is a false image used to control a person while feeding their ego. 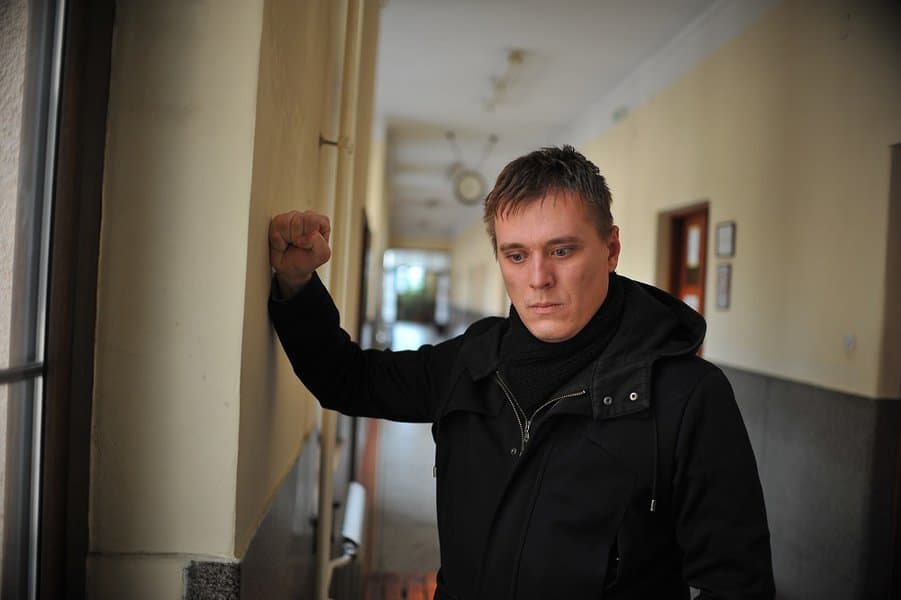 Psychopaths often drop the fake mask and reveal a horribly mean person. No longer are they full of compliments. Instead, they’re making hateful statements and lashing out randomly. As their demeanor becomes more aggressive, they take great pleasure in the misfortunes of others.

They’ll laugh hysterically if they cause someone pain or embarrassment. It’s common for this type of behavior to lead to further violation of a person’s rights. They become more aggressive and meaner by the minute. 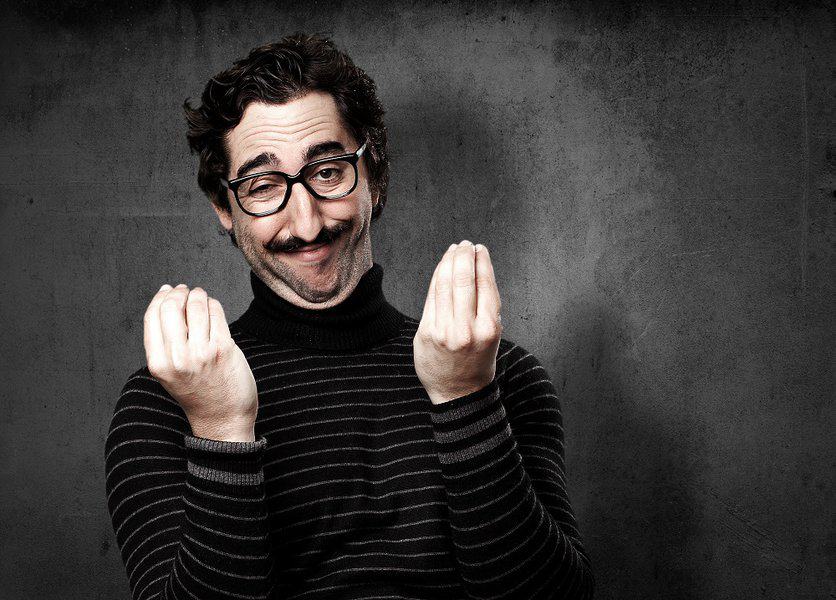 Arrogance is one of the more obvious red flags of a psychopath. Psychopaths believe they’re incapable of making a mistake or getting caught. They are often overconfident and have inflated egos.

For instance, infamous serial killer Ted Bundy was so confident he’d win his trial that he acted as his own lawyer. He even cross-examined the officers that brought him down. Like many overconfident psychopaths, Bundy’s arrogance was his undoing. 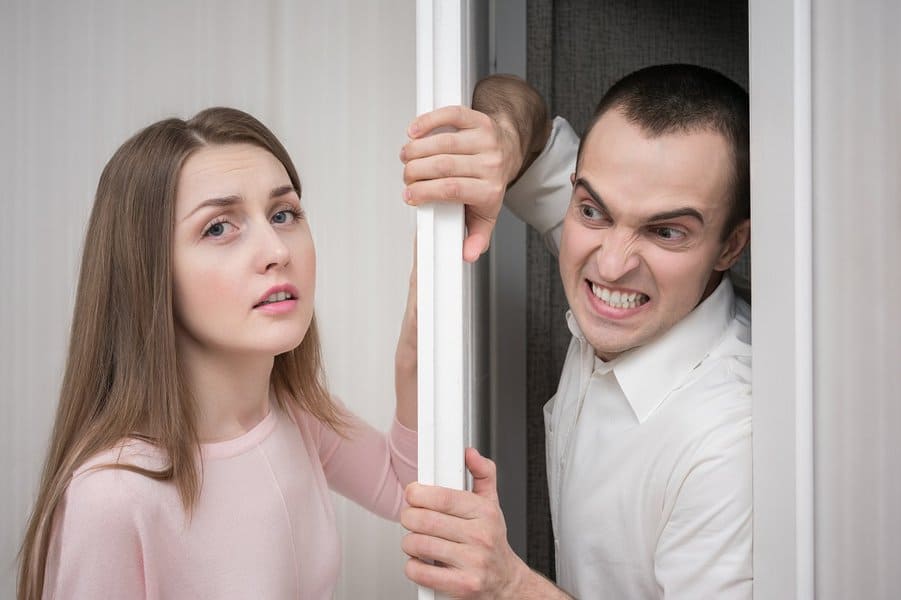 Psychopaths are often hostile and argumentative. They usually seek out conflict and confrontation. They frequently hold racist and sexist viewpoints. They have an abnormal way of thinking which they often let slip out.

Psychopaths can only keep the mask on for so long. The sweet and kind demeanor won’t last long, and the true psychopath will emerge.

13. Disregard For The Rules 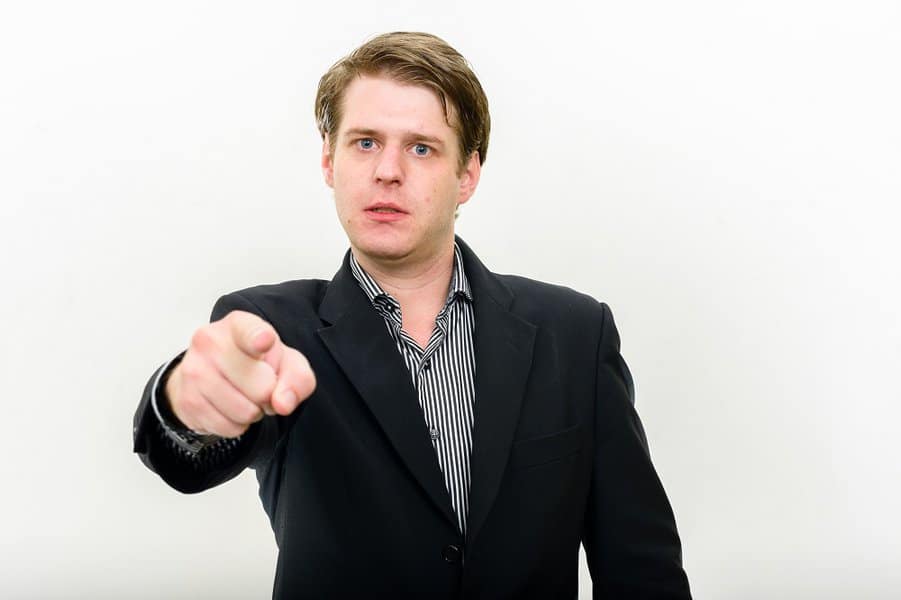 It’s common for psychopaths to have a blatant disregard for the law and rules. Their lack of conscience and morals often means they have a different understanding of right and wrong. They usually don’t have the same ethical code as the average person.

This is why they’re often attracted to crime and violent behavior. Not all psychopaths are violent, but many commit minor or major offenses. 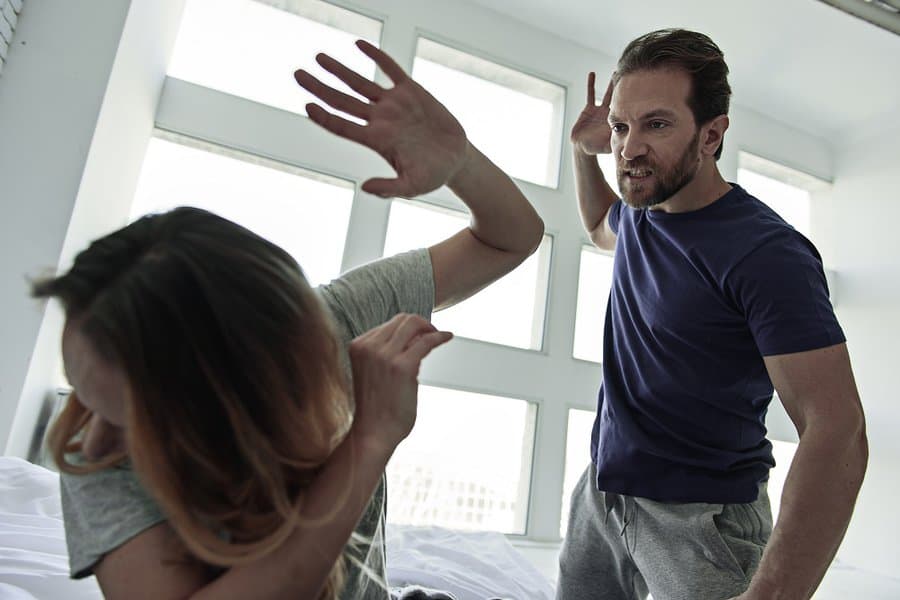 Psychopaths are skilled at exploiting people for their amusement or personal gain. A psychopath will do whatever it takes using abuse, violence, and manipulation to get their way. With a lack of remorse, psychopaths can easily ruin a person’s life through manipulation or violence. 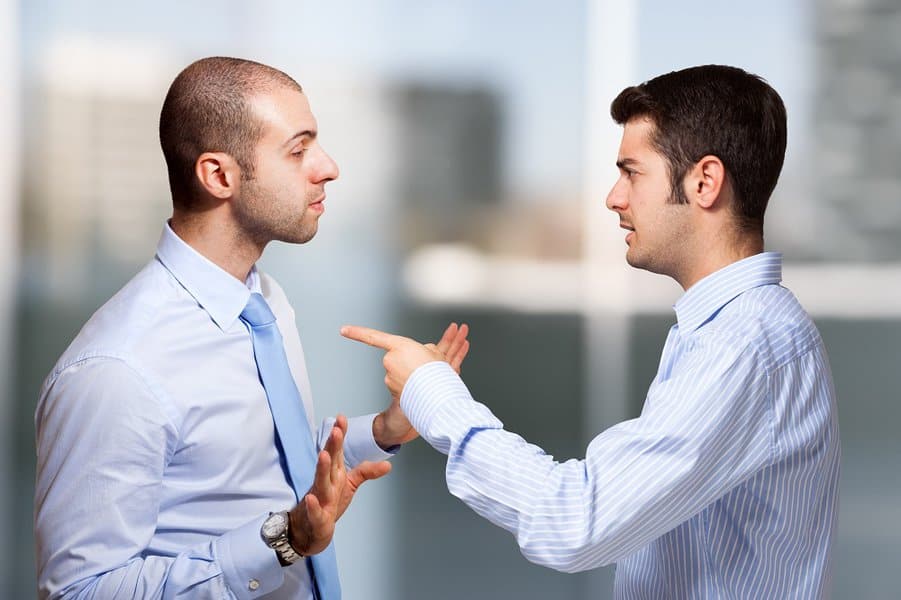 They constantly shift the blame onto other people and refuse to accept accountability. They’re experts at playing the blame game because nothing is ever their fault. 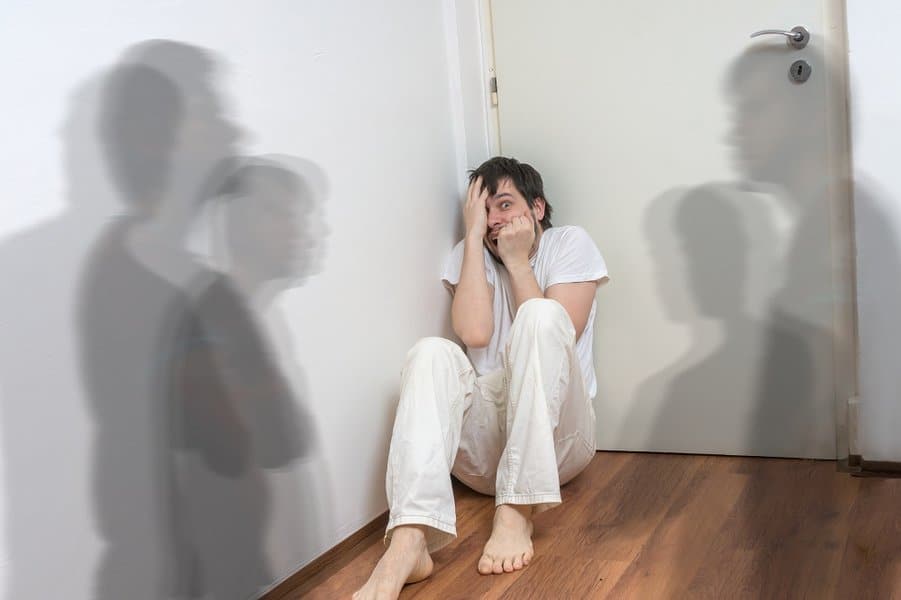 Being sweet and kind doesn’t come naturally to a psychopath. That’s one of the reasons they can’t keep up the false image they project. Most psychopaths tend to feel distant, cold, and detached from most of life.

In situations when most people feel sad, anxious, or stressed out, psychopaths remain calm and emotionless. For example, a psychopath will likely show no emotion at a funeral. Psychopaths usually remain cold and distant. 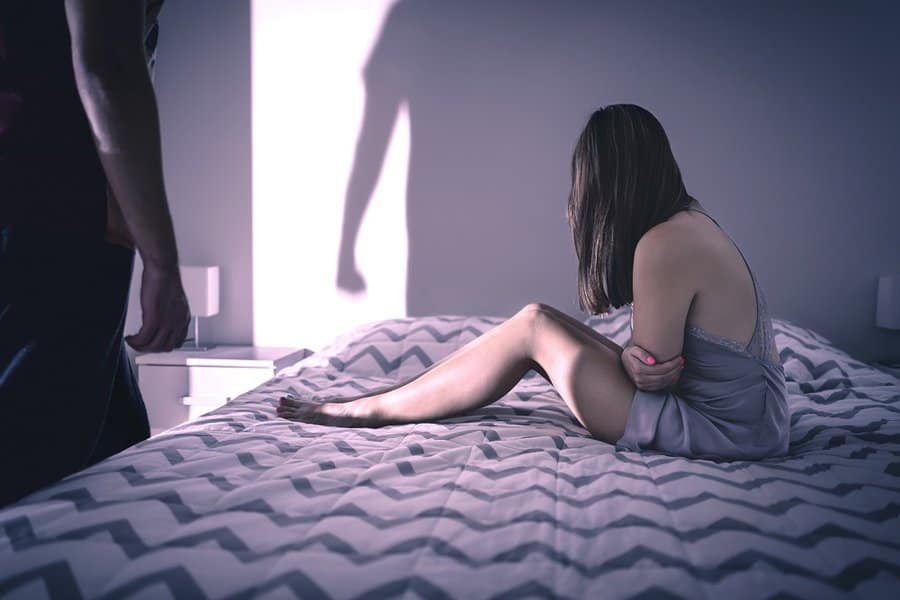 Psychopaths and relationships are infinitely complex. They often seek out a relationship to be in control, domineering, and cruel. However, their lack of empathy, ego, and callous attitude often makes it difficult to stay in a relationship.

Consequently, they end up in a long list of short toxic relationships. They’re unable to form deep, intimate bonds. They often attempt to close themselves off from other people. Regardless, they can only hide behind the mask for so long. 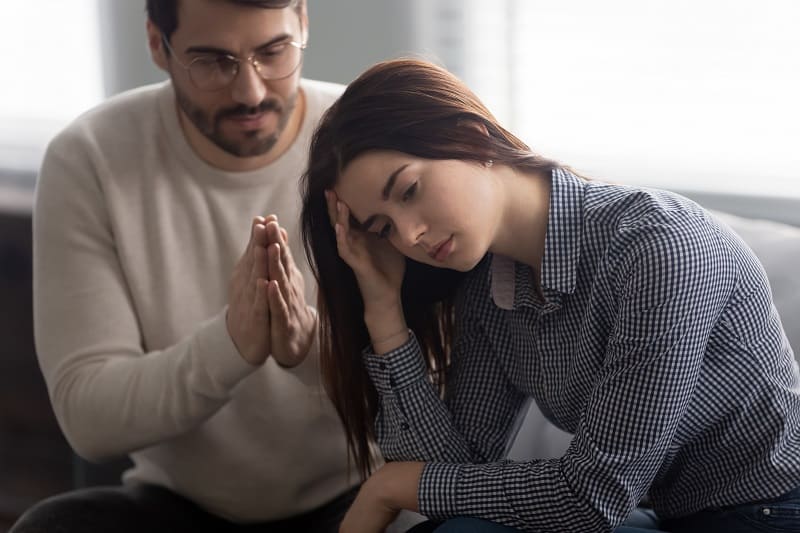 Sometimes in life, ordinary people make mistakes and apologize for their actions. It could be a minor offense or even something as simple as an argument. However, psychopaths will never apologize. No matter how much pain and suffering they cause, they won’t utter the words “I’m sorry.”

They won’t accept the blame even when they commit a violent crime and cause physical pain. Their lack of empathy, remorse, and accountability often means a psychopath doesn’t recognize the point of apologizing.

See more about - 12 Most Dangerous Prisons In The World