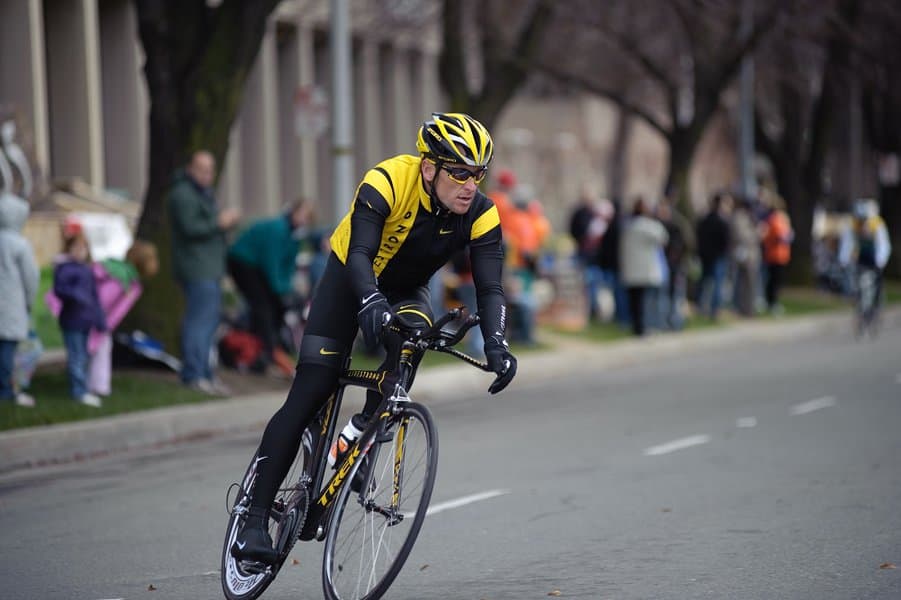 12 of the Biggest Sports Scandals in History

Nothing beats a good sports scandal. When a sports star or team finds themselves caught up in a web of lies due to accusations of cheating, doping allegations, gambling issues, or claims of corruption, it gets sports fans talking. Reading the latest headlines about Tiger Woods’ latest indiscretion or the back door deals involving FIFA will have you shaking your head in disbelief. Many of these sports scandals are as popular as the sports themselves.

Over the years there have been more than enough scandals to fill a book, involving everyone from athletes to officials. Some have become even bigger than the sport itself, and the repercussions are still being felt today. Join us as we delve into some of the biggest sporting scandals in history and the impact they had.

12 of the Biggest Sports Scandals in History 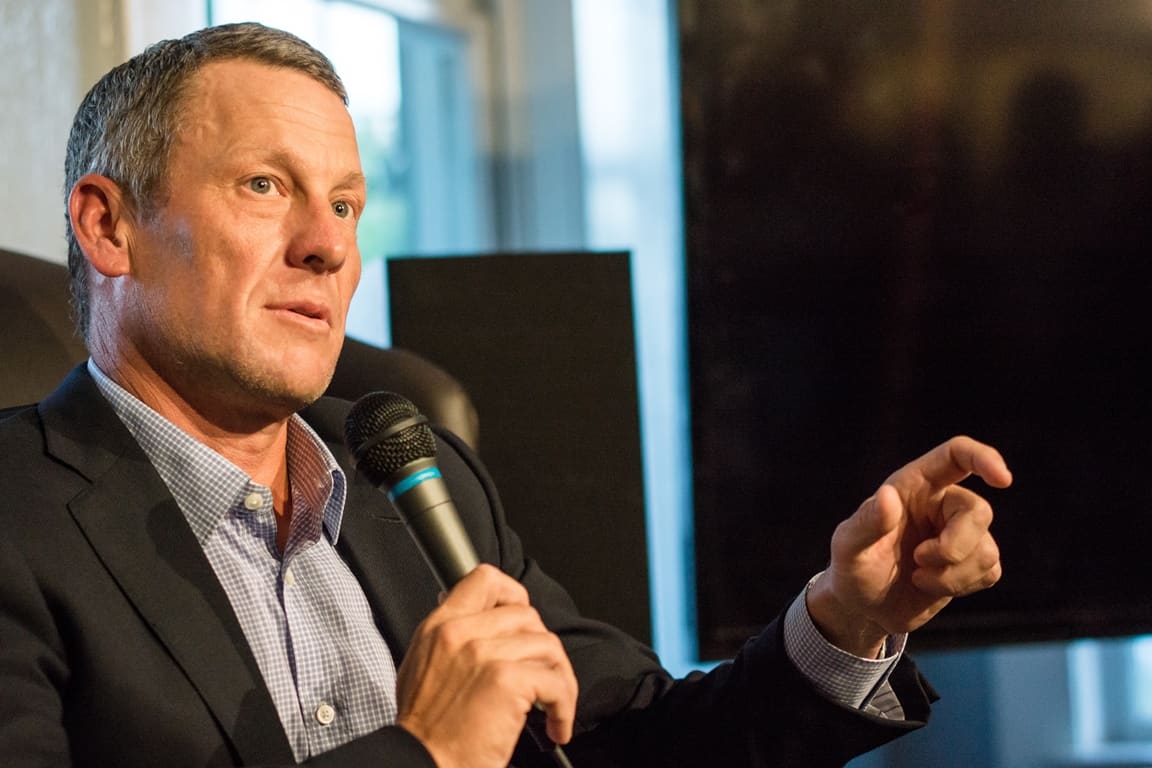 After years of dominating the sport of cycling and consistently taking aim at drug cheats, it was revealed Lance Armstrong was the biggest cheater of them all. The seven-time Tour de France winner and testicular cancer survivor had been using high-performance drugs throughout his entire career.

He was stripped of all his titles and given a lifetime ban in 2012. Despite his guilt, Lance Armstrong believes he did what he had to do to compete with his competition, who he claims were also doping. It’s thought that between 1998 and 2010 only one Tour was won by a clean rider. 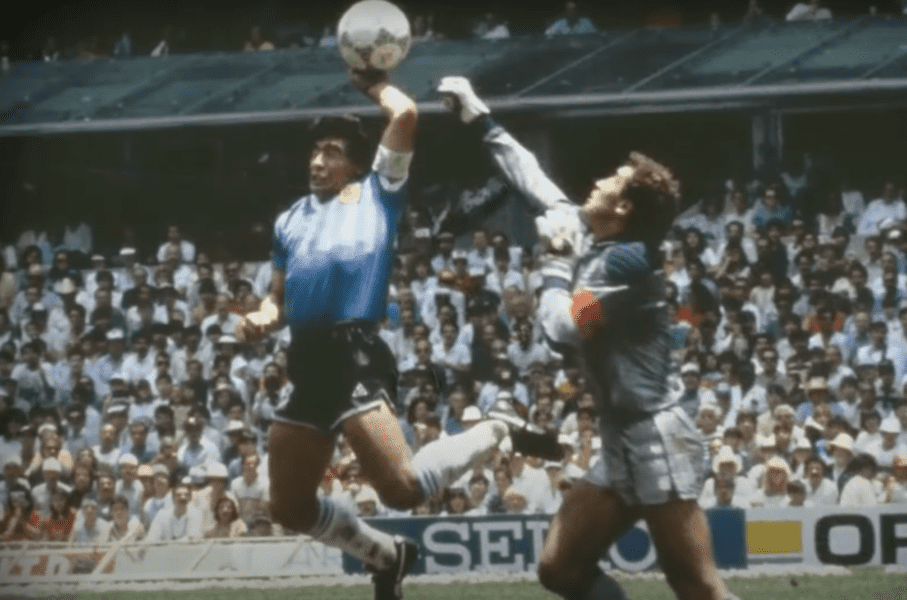 Diego Maradona showed both his natural ability and win-at-all-costs mentality at the 1986 World Cup. Facing off against England in the Quarter Final, Maradonna put Argentina 2-0 up after one of the greatest solo goals in football history. Picking the ball up in midfield, Maradonna had 11 touches in 11 seconds as he dribbled downfield and scored the most miraculous of goals. This all occurred just three minutes after he had put his country ahead with the most controversial goal of all time.

As the ball was crossed into the Argentina penalty area, Maradonna jumped up and punched the ball through with his hand. Without the assistance of VAR and the referee blindsided, the goal stood, causing chaos in the stands. While the goal may have overshadowed his career achievements, Maradonna is still held in high regard by all football purists, except for English fans. 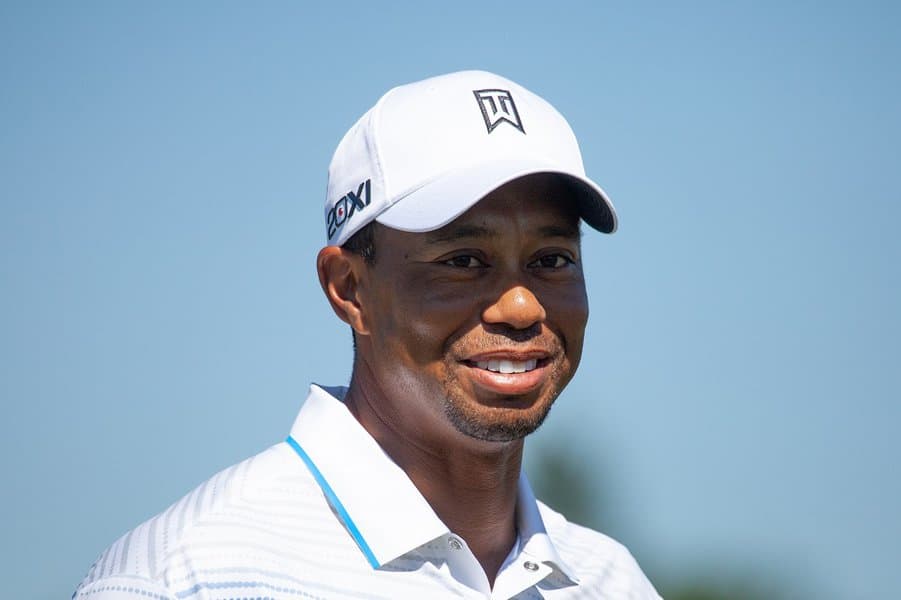 Tiger Woods had it all. Not only was he the best golfer in the world, but he had a beautiful wife and family and was seen as the golden boy of gold. That all changed on Thanksgiving 2009 when his wife, Elin Nordegren, chased him out of their home with a golf club after discovering he had been cheating on her. This led to Woods crashing his Cadillac Escalade SUV after multiple news outlets began reporting on his infidelity. 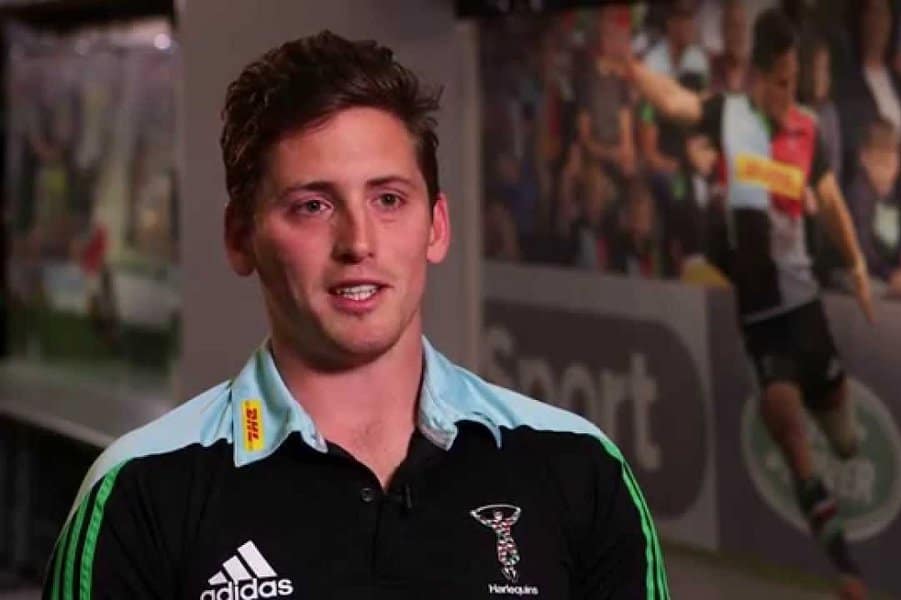 This sporting scandal sounds like something from a movie. Harlequin’s wing Tom Williams faked a blood injury by chewing on a blood capsule to enable another player on the field as his replacement. Investigations into the incident discovered the Harlequins had tried the same trick four times before.

Williams got a 12-month ban, physio Steph Brennan a two-year ban, and director of rugby Dean Richards a three-year ban. The team copped almost half a million dollars in fines and the chairman resigned in one of the biggest rugby scandals of recent years. 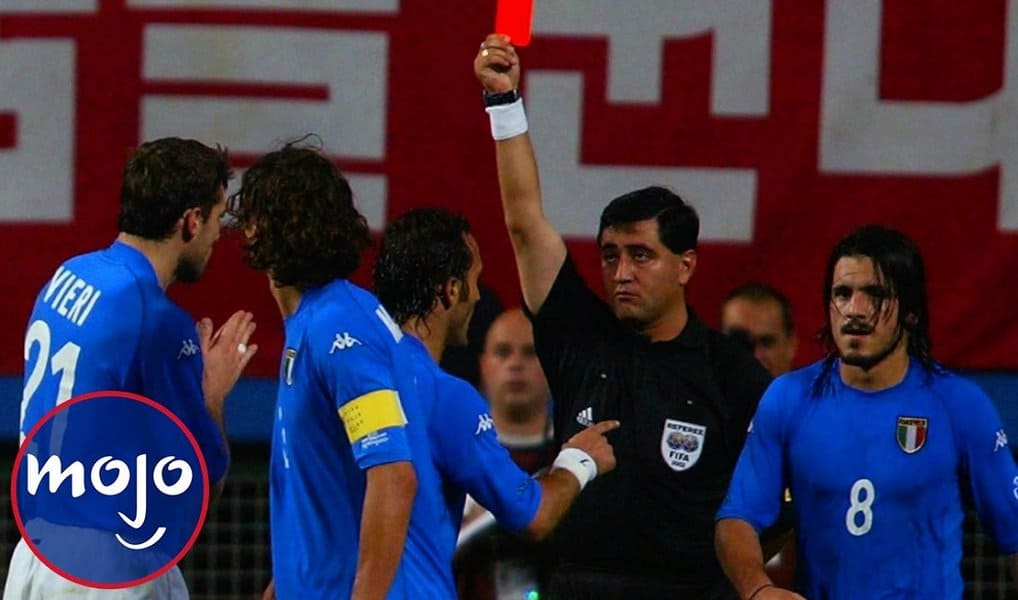 Corruption has followed FIFA like a bad smell over the past few decades. It all came to a head when Qatar won the bid to host the 2022 World Cup. The result shocked football fans and journalists around the globe and resulted in a probe into FIFA President Sepp Blatter and his loyal followers. It was found that tens of millions of dollars had been “allocated” to certain FIFA heads around the world, with the money pay-off for voting for Qatar to host the tournament.

Blatter, who had just won re-election as president for the fifth time in 2015, suddenly resigned five days later. He was later charged with criminal fraud but was acquitted while a total of 18 individuals have been indicted for their role in the saga. 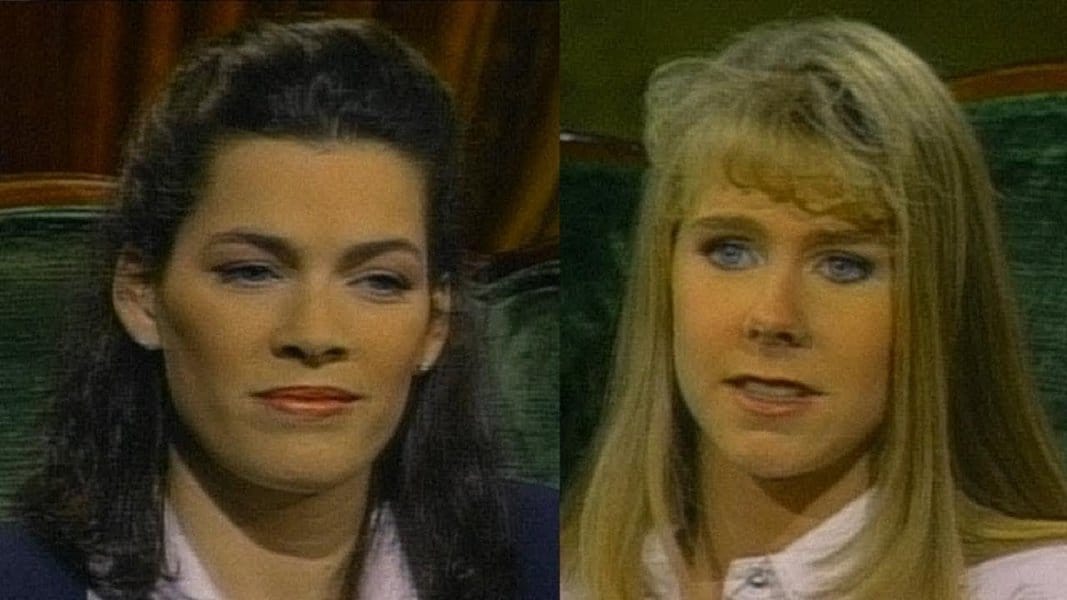 Who would have thought ice skating would be involved in one of the biggest sporting scandals of all time? Tonya Harding and Nancy Kerrigan were two of the best on the rink who were gearing up to compete at the US National Figure Skating Championships. But nobody knew how serious their rivalry was.

1994 Olympic gold medal favorite Kerrigan was attacked and injured just months before the Championships, her leg smashed by a metal pole-wielding stranger. Harding would perform and take out the first place while Kerrigan could only watch on in pain.

After Kerrigan proclaimed the attack on her was planned, it was eventually revealed that Harding was behind the whole thing, along with her former husband, bodyguard, and two other men. Harding was banned from all ice skating competitions for life while Kerrigan would win silver at the Olympics before going on to travel and perform with ice skating troupes around the world.

See more about - The 15 Weirdest Olympic Sports Of All Time

It’s believed New York gangster Arnold Rothstein was the mastermind of the cheating scandal, with eight White Sox players banned from the MLB for life and disqualified from being inducted into the baseball hall of fame. Sporting scandals don’t get much bigger. 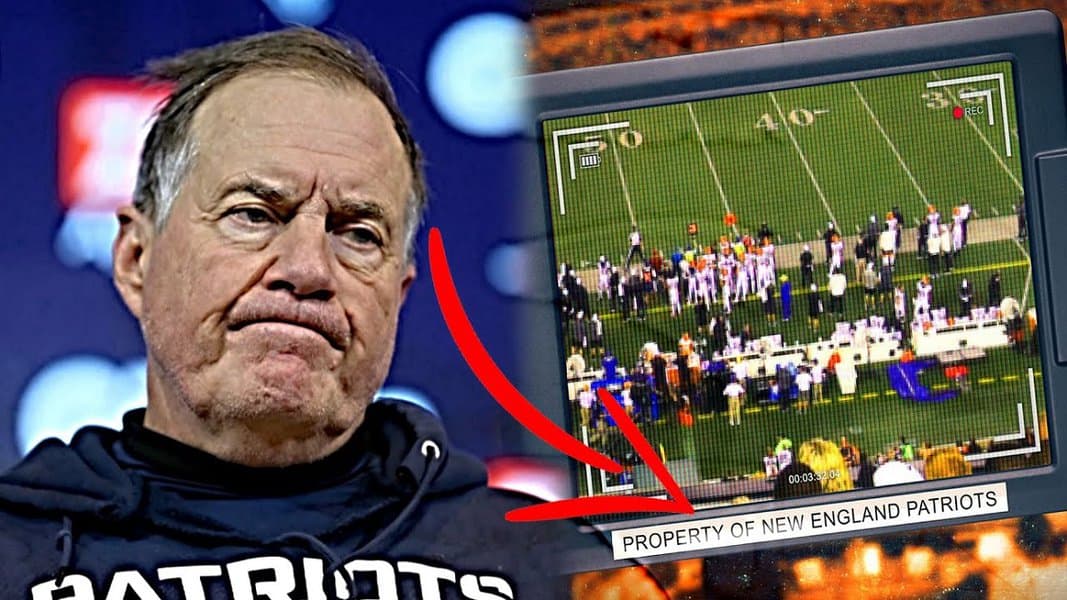 Bill Belichick might be one of the greatest NFL coaches of all time, but he’s also ruthless when it comes to finding an edge over his opposition. In 2007, the New York Jets complained to the league about the Patriots filming their defensive coordinators’ signals during a game. Belichick admitted to this but said it happened due to a misinterpretation of the rules. This didn’t stop the league from fining him $500,000 for his mistake.

It was also stated that Belichick and the Patriots had filmed the Los Angeles Rams during training in the 2002 season, but after several investigations, there was no evidence to back up these claims. Conspiracy theories persist that the Paritots filmed many more teams but the league covered it all up so as not to cause any more controversy. 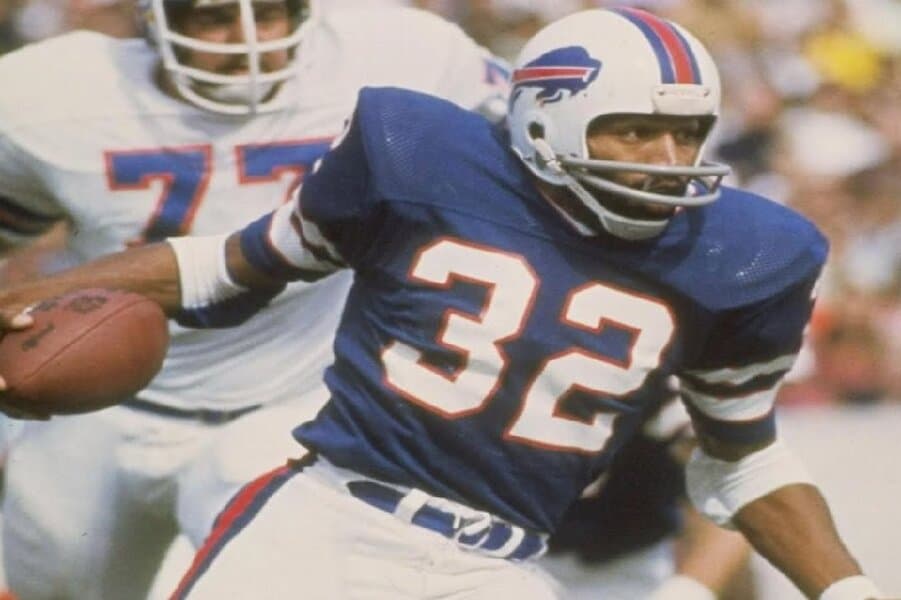 Nicknamed the Juice, O.J. Simpson was a former running back who played for the Buffalo Bills and San Francisco 49ers. An incredible athlete, Simpson had a stellar career, winning a bunch of awards over his decade-long time in the sport. After he retired from the NFL, Simpson got into acting, with his most notable role coming in the Naked Gun series of movies.

But it all went wrong in 1994 when Simpson was accused of murdering his ex-wife, Nicole Brown Simpson, and her friend, Ron Goldman. Wanted for suspicion of murder, Simpson was meant to turn himself in to police but instead flew the coup in a white Bronco driven by his Al Cowlings. Simpson had a gun aimed at Cowlings, forcing him to drive Simpson through the streets. The infamous slow-speed chase through Los Angeles was broadcast live to over 95 million people before eventually coming to a stop with Simpson handing himself over to police.

Simpson’s murder trial was massive news and dominated the headlines for weeks. It was odds on that Simpson would be charged with murder, but somehow the jury found him not guilty and he managed to walk free. But that wasn’t the last of O.J.’s troubles, with the disgraced star having several run-ins with the law before finally going to jail for a botched robbery in Las Vegas. He did nine years behind bars before being released in 2017. 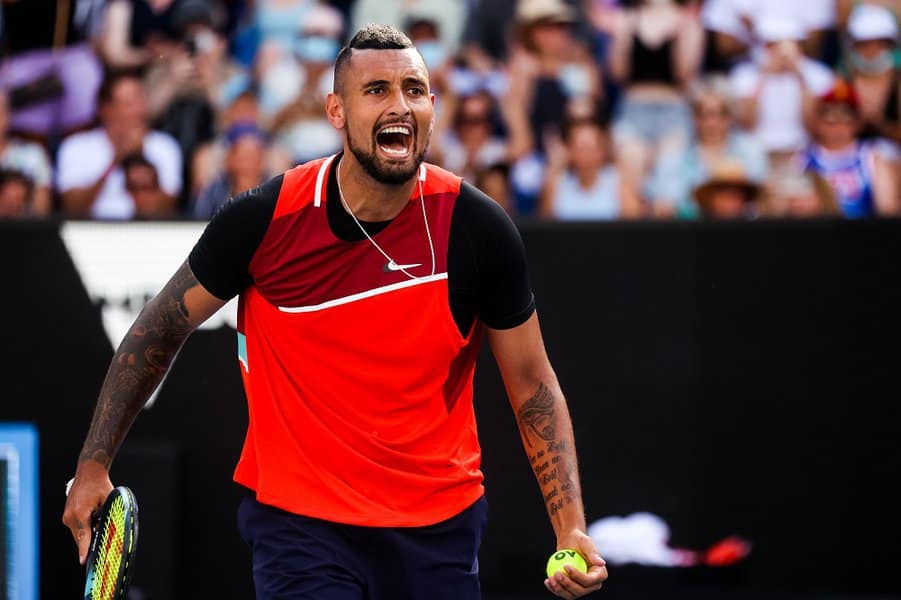 Aussie tennis player Nick Kyrgios is not one to hold back and Stan Wawrinka copped the full brunt of his banter when the two clashed in 2015. After losing the first set in a thrilling tie-break, courtside microphones caught Kyrgios telling Wawrinka, “Kokkinakis banged your girlfriend. Sorry to tell you that mate.”

The woman in question was Donna Vekic, who Wawrinka had begun a relationship with after divorcing his wife. Thanasi Kokkinakis played doubles with Vekic and there had been rumors the two were an item at one stage also. The comments didn’t go down well with the ATP who fined Kyrgios $10,000 while Vekic stayed calm and collected about the matter. 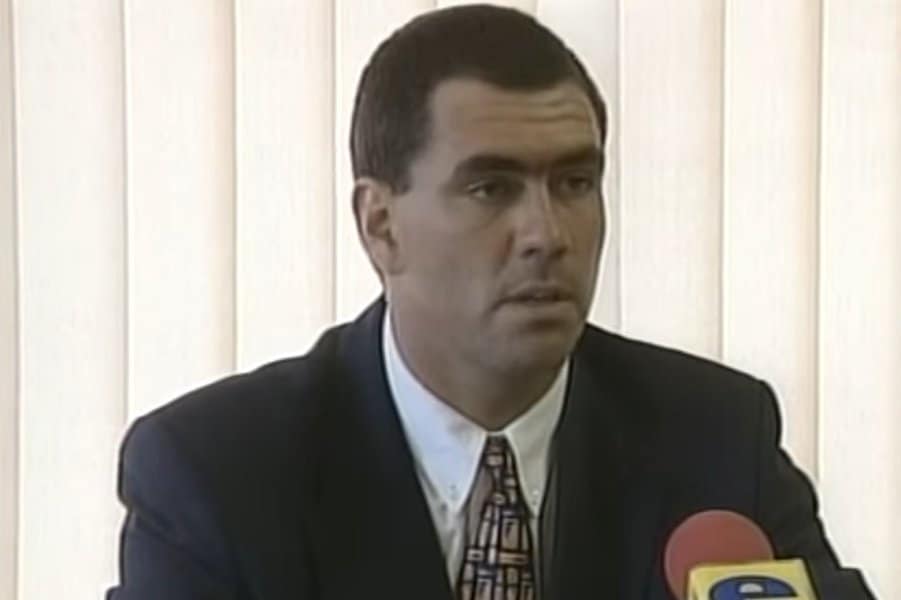 Once the captain of the men’s cricket team in South Africa, Hanse Cronje was forced to leave the sport in disgrace after he was found guilty of match-fixing. During a tour of India, Cronje accepted large sums of money for manipulating results. When a recording of Cronje discussing match-fixing came to light, he was forced to admit his wrongdoing and was banned from cricket for life in 2001.

Cronje sadly lost his life a year later when the small plane he was traveling in crashed, killing Cronje, the only passenger, and both pilots. Conspiracies persist that Cronje was murdered by a betting syndicate after head amitted to match-fixing. 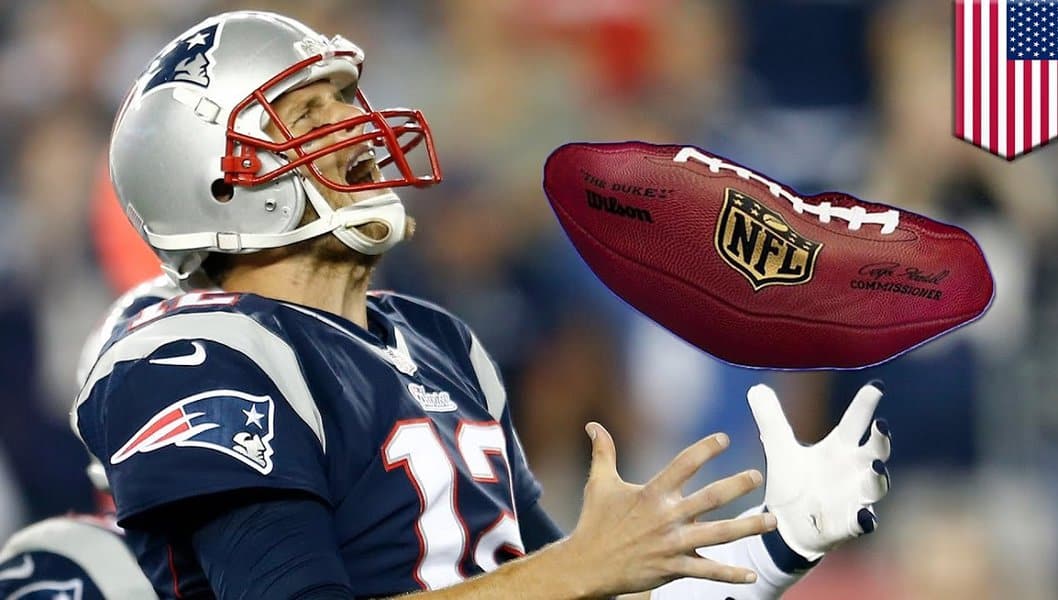 The Patriots just can’t stay out of the spotlight. In 2015 the team was accused of deflating the match balls for a game against the Indianapolis Colts. To be more accurate, New England Patriot Tom Brady was believed to be the one who asked staff to deflate the balls. The reason being he thought it would make them easier to throw and catch, not that it mattered, with the Patriots going on to beat the Colts 45-7.

The league came down hard on Brady and suspended him for four weeks. It didn’t impact the Patriots who went on to win the Superbowl that season.