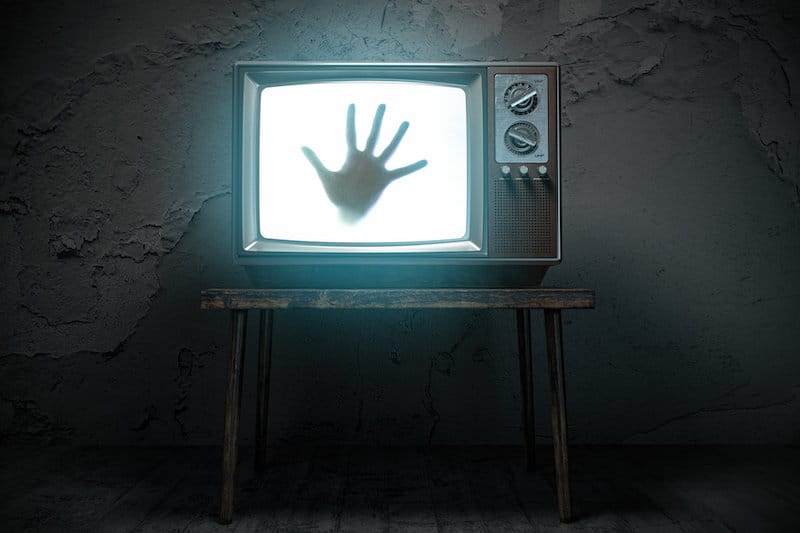 60 Two Sentence Horror Stories To Keep You Up at Night

If you find modern horror films boring and are sick of Stephen King thrillers, then get around these two sentence horror stories. Appearing as a subreddit on everyone’s favorite public forum, Reddit’s Two Sentence Horror Stories thread is chock full of spooky talks that will leave you checking under your bed before switching the lights off at night.

Beware, some of these stories are not only frightening but also not suitable for work, so make sure you are reading them in the privacy of your home. That way when you scare yourself silly you won’t have to worry about anyone seeing you wet your pants.

60 Two Sentence Horror Stories To Keep You Up at Night 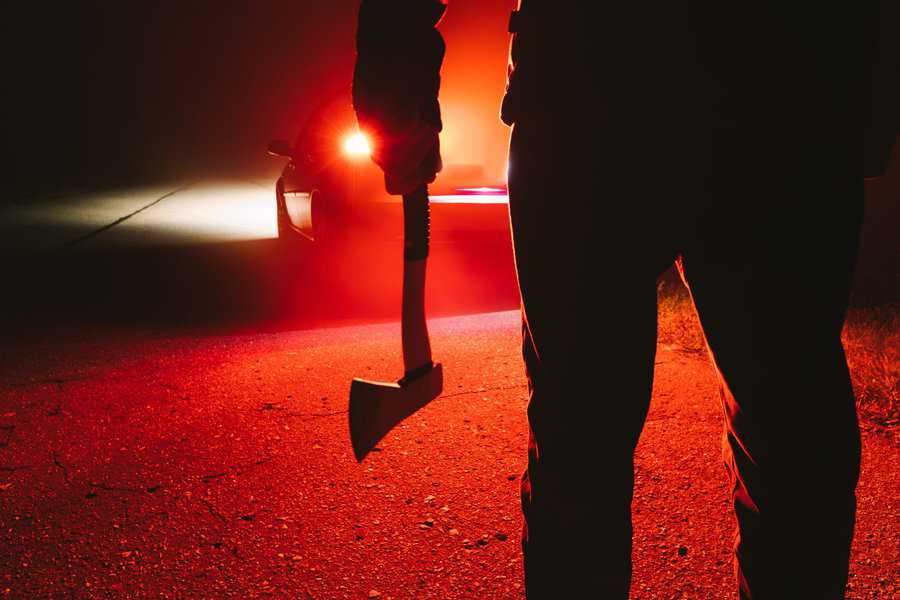 1. “My daughter’s smiling face greeted me from my driveway as I returned home from a hard day. Where is the rest of her?” – u/Cypher4235

2. “My family can all remember their past lives, so one day I told my son I was a girl who was murdered. He grinned and responded, ‘What are the odds we’d meet again?'” – u/greedpossession

3. “I love to turn up my favorite songs and sing along. To drown out the screaming from the root cellar.” – u/Kanuck88

4. “I was finishing a horror story, so I wrote ‘The End.’ Then, my keyboard typed ‘is coming’ completely by itself.'” – u/joshglen

5. “All my life, my parents have told me not to open the basement door, but I got curious and disobeyed them. What is that glowing ball in the sky and why does it hurt my eyes?” – u/DayreethDdraigson

6. “I used to hate the sound of crickets outside the lonely farmhouse. Now every time they go silent I know that thing is passing by, and I pray for them to chirp again.” – u/IknowKarazy

7. “I decided to kill off a few characters in the book I’m writing. It should definitely spice up this autobiography a little.” – u/Killroy137

8. “‘ Mommy my friend is coming over,’ my daughter happily cheered about her imaginary friend. And then the motion detecting light went on.” – u/idlikechoosingnames

9. “‘Are you afraid of the dark?’ That was the last thing I heard before the lightbulb shattered behind me.” – u/Vi_22

10. “There was a picture on my phone of me sleeping. I live alone.” – u/guztaluz

11. “The last thing I saw was my alarm clock flashing 12:07 before she pushed her long, rotting nails through my chest, her other hand muffling my screams. I sat bolt upright, relieved it was only a dream, but – as I saw my alarm clock read 12:06 – I heard my closet door creak open.” – u/jmperson

12. “My closet door slid open with a creak, making me jump. I pretended his distraction had worked and that I didn’t see him crouched in the corner of my room.” – u/Liz_Lemon-ade

13. “On the monitor, I can see my husband’s cheeky face slowly creeping up to the security cam in an attempt to scare me. I’d laugh, but then I see his torso, arms, and legs all separated on the ground in the background.” – u/hellblade02

14. “My sister says that mommy killed her. My mommy says I don’t have a sister.” – u/i-am-the-assbutt

15. “As I watched the sun set over the forest my blood ran cold. I knew I had to find shelter quickly or I wouldn’t last the night.” – u/incognito137

16. “I finished my final perfect pirouette to thunderous applause. If only I could speak, and tell the little girl who owned my music box of the living hell I was trapped in.” – u/velvetujung

17. “You hear your mom calling you into the kitchen. As you are heading down the stairs you hear a whisper from the closet saying, ‘Don’t go down there honey, I heard it too.'” – u/comparativelysane

18. “Being buried alive was bad enough. Realizing I wasn’t alone in my own grave was worse.” – u/harshcougar

19. “I can’t move, breathe, speak, or hear and it’s so dark all the time. If I knew it would be this lonely, I would have been cremated instead.” – u/Graboid27

20. “’Remember don’t peek, it’s a surprise,’ said my parents coldly. I heard them chuckle as they threw me down the basement steps as food for the Thing.” – u/Jojoisbestboi

22. “She asked why I was breathing so heavily. I wasn’t.” – u/Calamitosity

23. “My blind date texted that he’d finally arrived, and was sorry for being 15 minutes late to pick me up. The issue was, we’d already been diving for 10 minutes.” – u/lurker1125

24. “I awoke to the baby monitor crackling with a voice comforting my firstborn child. I adjusted to a new position, my arm brushed against my wife, sleeping next to me.” – u/Brewc

25. “After struggling desperately to move any part of his paralytic body just to alert the doctors that he was conscious before they made the first incision, he was relieved to see that one of the nurses had noticed his pupils dilating from the bright light. She leaned in close and, in a whisper that tickled his ear, said ‘you think we don’t know you’re awake?'” – u/Clayboy731

26. “Growing up with cats and dogs, I got used to the sounds of scratching at my door while I slept. Now that I live alone, it is much more unsettling.” – u/Miami_Metro

27. “People always ask how many kids come to my house for trick-or-treating. None of them ever ask how many leave.” – u/Sin-A-Bun

29. “My daughter won’t stop crying and screaming in the middle of the night. I visit her grave and ask her to stop, but it doesn’t help.” – u/skuppy

30. “There’s a girl standing outside my window. The only problem is I live on the seventh floor.” – u/Death_by_a_spoon

31. “I thought I had witnessed a miracle when I saw a mother lifting her car off of her newborn baby today… It wasn’t until she dropped it down again, yelling her baby was the devil, that I realized, maybe not.” – u/Syphon88

32. “I wake up and everything feels wrong; it’s too quiet outside. I look out the window and see everyone standing still, looking at my house.” – u/golfmade

33. “I said I would babysit my niece. That was before I met Stacy, her imaginary friend.” – u/CenobiteLover

34. “Another young couple came in through the door, and I hurried to get a table ready, sighing, ‘Weekends are always so busy!’ Car accidents, murders, drug overdoses; it’s always the worst shift in the morgue.” – u/trowzerss

35. “I kept hearing a strange giggle coming from my TV, regardless of what channel or volume it was on. I never thought to check behind the TV.” – u/IBMadMan

36. “The pictures I take of others tell a thousand words… and every one of them is ‘help.'” – u/Shelbckay

37. “I’m not scared that I’ve been seeing ‘missing’ posters for myself. It’s the fact that the news is now saying that my body has been found.” – u/NearDead-Star

38. “No matter how much we fight, my wife will always prepare my coffee in the morning. Though this time, it did taste a little like almonds.” – u/DistortedCookie

39. “As a biologist, I love all of my animals. But I sometimes wonder to myself if any of them still remember that they used to be human.” – u/Timeless-Traveler

40. “The doctors told the amputee he might experience a phantom limb from time to time. Nobody prepared him for the moments though, when he felt cold fingers brush across his phantom hand.” – u/Gagege

41. “When I smiled, she did not smile back. Something is very wrong with this mirror.” – u/mensanserem

42. “Us being twins, my brother and I often share experiences and sensations. I only wish he had warned me before getting open heart surgery.” – u/Spookaroo101

43. “Working the night shift alone tonight. There is a face in the cellar staring at the security camera.” – u/hctet

44. “I woke up to hear knocking on glass. At first, I thought it was the window until I heard it come from the mirror again.” – u/therealhatman

46. “After working a hard day I came home to see my girlfriend cradling our child. I didn’t know which was more frightening, seeing my dead girlfriend and stillborn child, or knowing that someone broke into my apartment to place them there.” – u/colbaltcollapse

47. “I recently taught myself Morse code, but I wish I hadn’t. Now the bird’s peck at my window, warning me that ‘It’s coming.'” – u/APantaloon94

48. “No matter how hard I struggled, I couldn’t get free of the chains I was bound in. I only hoped they’d hold once the full moon came out.” – u/whisperedpromise

49. “They celebrated the first successful cryogenic freezing. He had no way of letting them know he was still conscious.” – u/KnowsGooderThanYou

50. “I’m tucking my son into bed when he tells me, ‘Daddy, check for monsters under my bed!’ I look underneath for his amusement, and I see him – another him, under the bed – staring back at me, quivering and whispering, ‘Daddy, there’s somebody on my bed.'” – u/justAnotherMuffedVo

51. “I saw a severed arm in the dumpster. It gave me a thumbs up when I walked by.” – u/LakehavenAlpha

52. “After years of research and hard work, we’d finally done it. We’d made it contagious.” – u/alliedcola

53. “The world was thrilled with the announcement that the first mission to Mars would be an all-female crew. One year later, the world was terrified when they all returned pregnant.” – u/RhinoBarbarian

54. “You know, they say once you become a murderer, you can tell who else has murdered. ‘He’s innocent,’ I announce with the bang of my gavel, dismissing the court.” – u/Jebbsterboy

55. “Every pet I’ve owned since I was a kid is buried in my backyard. I’ve moved eight times and they’re always there.” – u/Dadraik

56. “My brother and I used to knock on the walls at night because our rooms were next to each other. After I came back from the funeral, I still heard the knocking.” – u/thxroro

57. “I open the door to a policeman who tells me my husband died in a car crash on the way home. As I turn my head to see him eating the dinner I just served, he starts grinning at me.” – u/CheeseeKimbap

58. “I wake up in pain in a hospital bed; most of my body covered in burns from the fire. A man in a white gown walks in holding a steel wool brush, and I realize this is not a hospital room.” – u/chris1096

59. “I came home after my weeklong trip away and took a shower. I pressed the only towel in the room against my face and discovered it was already wet.” – u/-Hawk-

60. “After the psychic told Mike that he would ‘die of a heart attack,’ he picked up biking and would do five-mile rides into town every weekend. But – when a car suddenly swerved, coming right at him with an old man slumped over the steering wheel – he realized with final clarity that it wasn’t his heart attack she’d meant.” – u/wildflowersummer