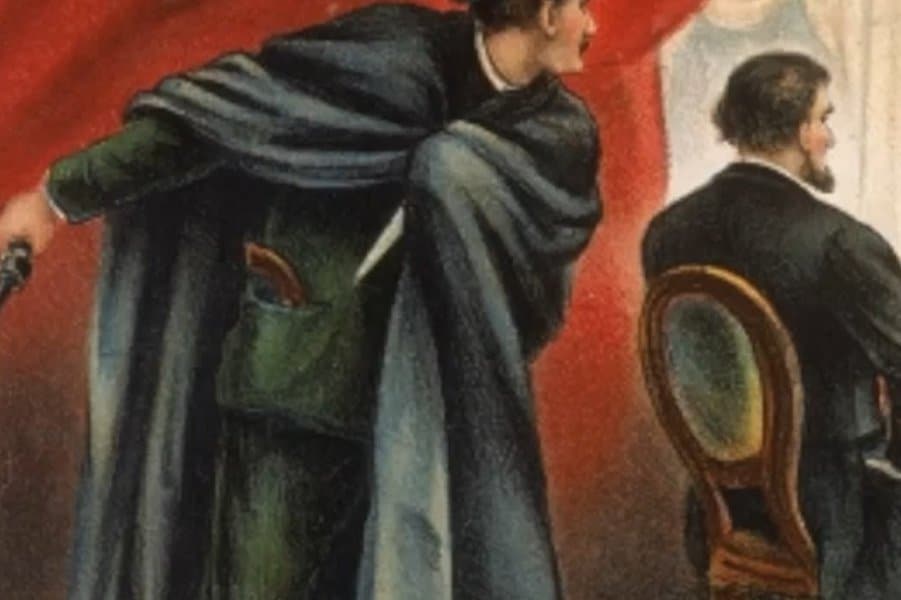 11 Weird History Stories You Have To Read To Believe

Throughout history, there have been significant events that shaped the world. Professors teach these critical moments in history lessons across the globe. However, they often leave out weird history stories. There’s probably a good reason they don’t include them in their history class. Despite being odd moments, they’re still important historical events, although they might not be at the level of a world-changing event.

Regardless, these strange historical moments shaped the world in their own ways. Many of these weird history stories seem totally made up. Believe it or not, each one is a true story. They involve crucial historical figures that are famous or infamous for other reasons. History lessons often leave out the bizarre moments in the lives of inventors, former Presidents, and notorious villains. These weird history stories will change history for everyone.

11 Weird History Stories You Have To Read To Believe 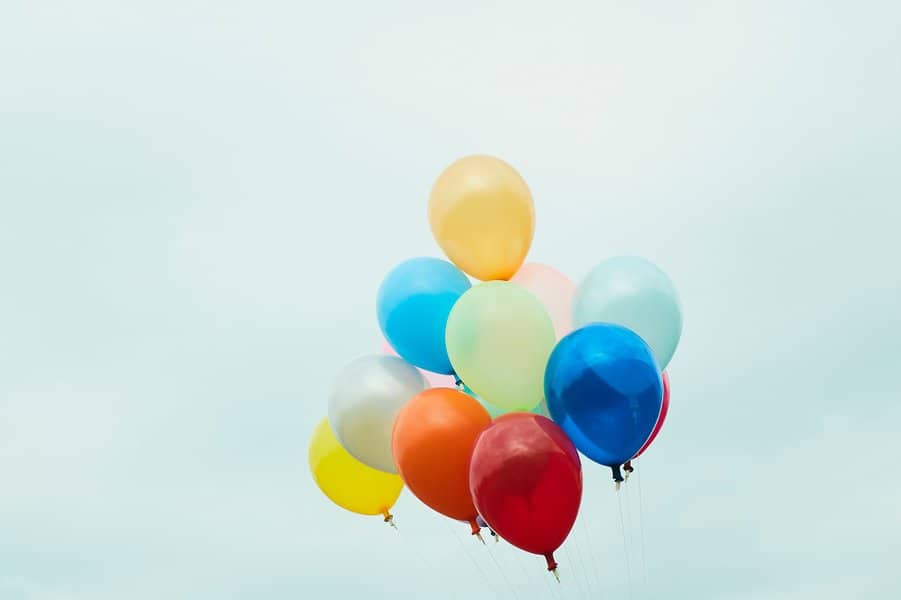 During the Cold War, the United States and the Soviet Union fought in proxy wars, the space race, and sports. They used all kinds of methods, from spying to psychological warfare. Both sides loved to use propaganda campaigns against each other. The Americans took an interesting approach.

In the late 1950s, the CIA launched an operation to drop hundreds of balloons over Soviet-controlled Europe. The balloons included propaganda and large condoms. The idea was to shake the enemies’ confidence by implying the Americans were well endowed. 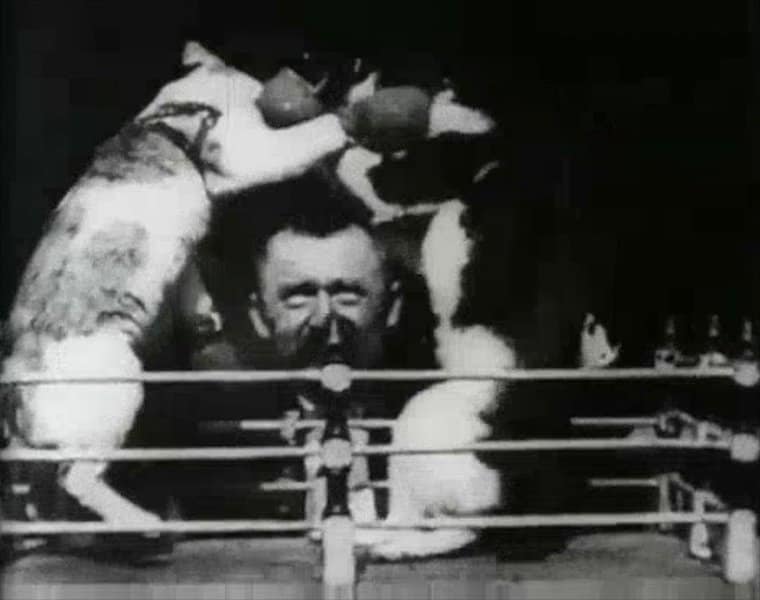 There’s nothing more popular than cat videos on the Internet. They get millions of views daily, turning the cats into social media celebrities. Grumpy Cat might be the most popular, but he wasn’t the first. In fact, Thomas Edison was making cat videos before anyone.

The very first cat video, Boxing Cats, was filmed in Edison’s Black Maria Studio in 1894. It was a simple video that revolved around two cats boxing. It set the stage for beloved cat videos on the Internet.

3. The Battle of Los Angeles 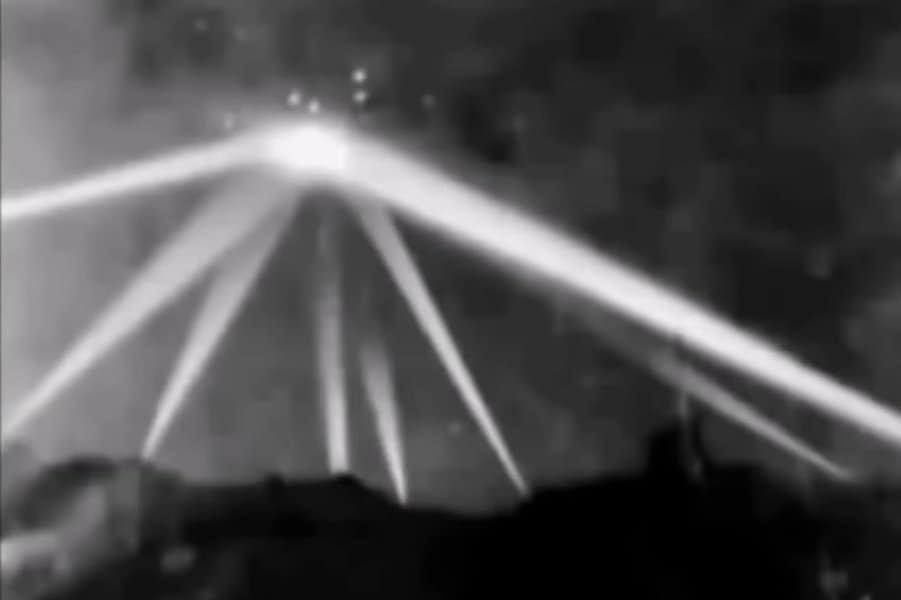 After the Japanese attacked Pearl Harbour during World War II, tensions heightened across America. That led to the infamous Battle of Los Angeles. However, it ended up being a battle between LA and weather balloons.

On February 24, 1942, the situation became tenser when reports surfaced of Japan possibly attacking the West Coast. Early the following day, meteorologists launched weather balloons to monitor the weather in an unrelated experiment.

The military radar picked up the balloons, but US intelligence mistook them for Japanese aircraft. All hell broke loose, and soldiers in Santa Monica began shooting at the non-existent aircraft. Later, the Japanese confirmed they had never attacked Los Angeles. 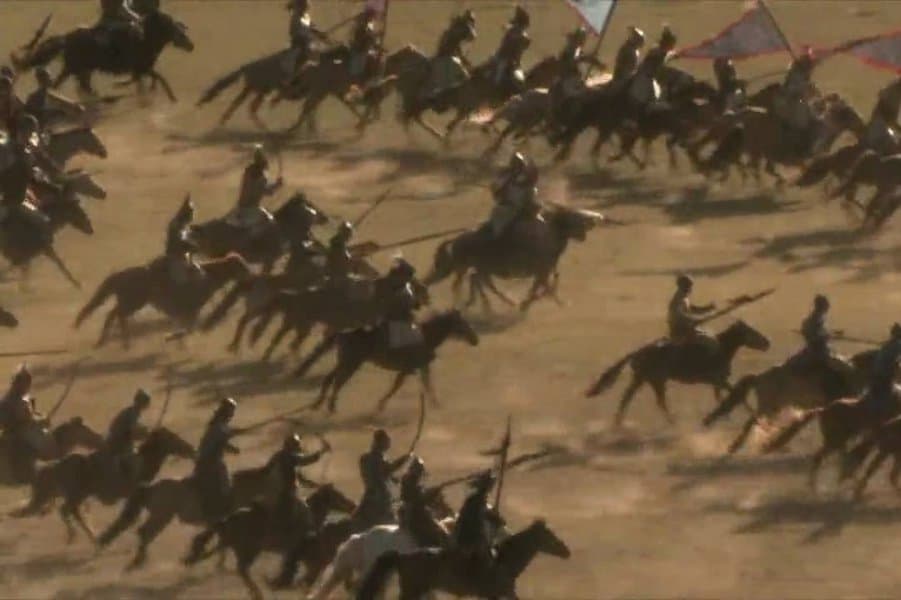 Genghis Khan is one of history’s most polarizing figures. Khan led the Mongol Empire to great victories throughout the world. He also introduced new concepts, such as The Yam along the Silk routes in the 13th and 14th centuries.

The Yam was basically a complex postal system. The Yam allowed communication to travel fast and far. They placed stations strategically along the route, which included food, a place to rest, and spare horses. Mongol messengers would get to the station and pass the information to the next messenger. The Yam was a groundbreaking way to communicate and an early version of the post office. 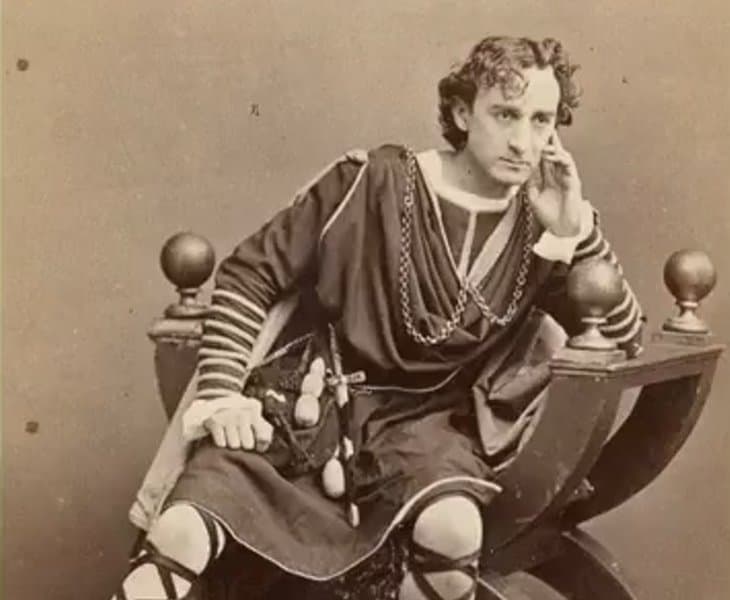 On April 14, 1865, actor John Wilkes Booth snuck into Ford’s Theatre and murdered the 16th President Abraham Lincoln. It’s one of the most critical moments in every history book. However, a weird historical event occurred a few months before the assassination.

Lincoln’s son, Robert Todd Lincoln, waited for a train on a New Jersey platform. A rush of people moved forward, and Robert Todd fell onto the train tracks. However, a hero stepped in and pulled the young Lincoln off the tracks. The hero turned out to be John Wilkes Booth’s brother Edwin Booth. A few months later, his brother would become American history’s greatest villain. 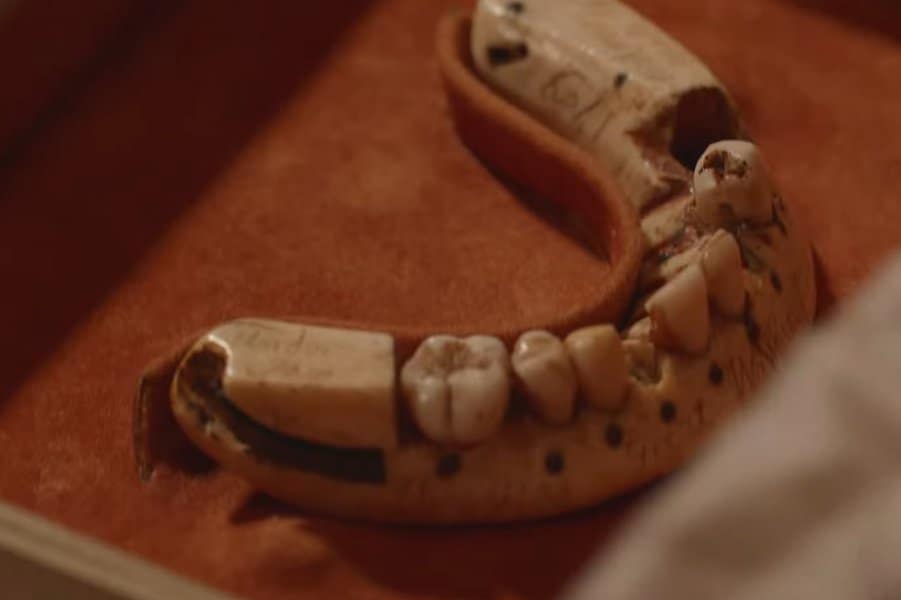 During his 20s, Washington’s teeth all fell out except for one. For years, people thought his teeth were wooden. The rumor likely started because his false teeth became stained. Washington’s false teeth consisted of cow teeth, ivory, lead, and the teeth of his enslaved workers. He was so uncomfortable wearing them that he rarely smiled.

7. The Confederacy in Brazil 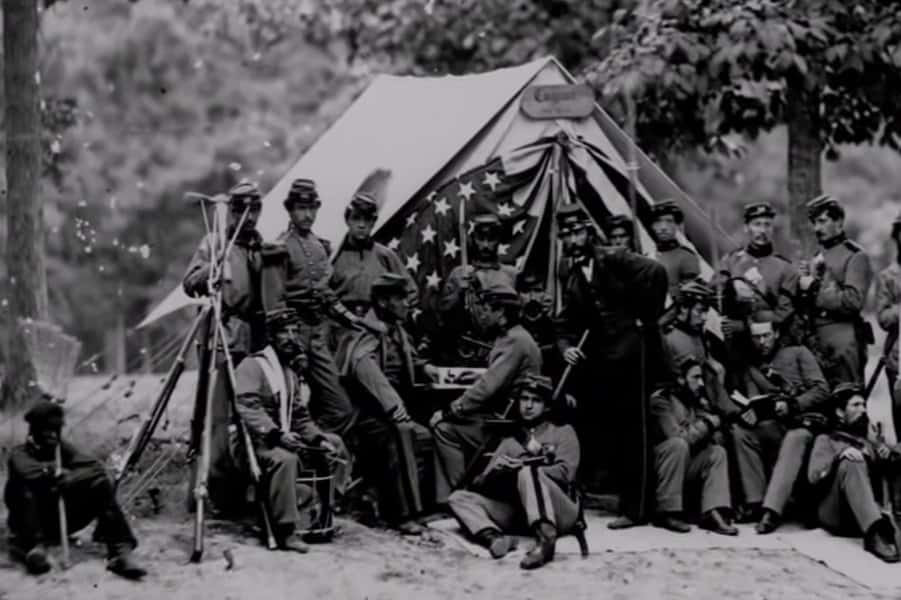 The American Civil War officially ended in the Spring of 1865. However, for many Southerners, the war wasn’t over. They moved to countries where slavery was legal so they could continue the Confederacy. The Brazilian emperor, Dom Pedro, welcomed the Southerners with open arms just after the end of the war.

However, they didn’t thrive in this setting due to the heat and conditions. Soon, Brazil outlawed slavery as well, and the Southerners mostly moved back to the US.

8. Thomas Jefferson Faked Sickness To Get Out of Speeches 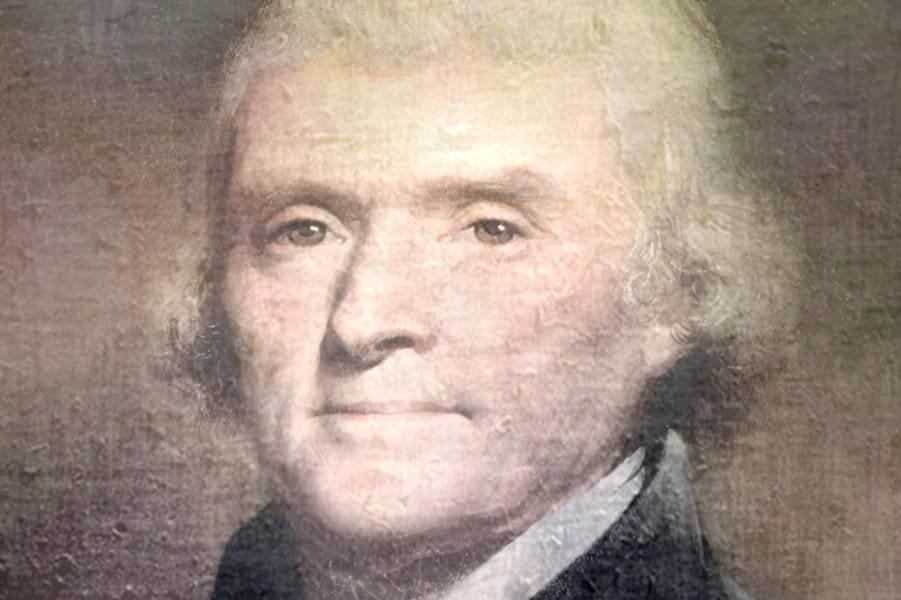 Giving speeches to large crowds is one of the critical parts of being the President of the United States. Therefore, it’s a bit of a shock that the third President, Thomas Jefferson, hated giving speeches. He was a timid man who loathed large crowds.

Historians also believe that Jefferson had a stutter and a uniquely high-pitched voice. They speculate he might have been self-conscious about the sound of his voice. Jefferson even went as far as faking being sick to get out of giving a speech.

9. Egyptian Pharaohs Had Board Games Built Into Their Tombs

It turns out there were a lot of ways to stay entertained in Ancient Egypt. Egyptians loved to kick back and play a board game after a long day. They probably had their own version of Monopoly. Egyptians loved all board games, but Mehen, Dogs & Jackals, and Senet were the three most popular.

According to historians, Senet was a massively popular game that included a board, game pieces, and dice or throwing sticks. Egyptians loved their board games so much that pharaohs had them included in their tombs.

10. Hitler Was an Animal Lover 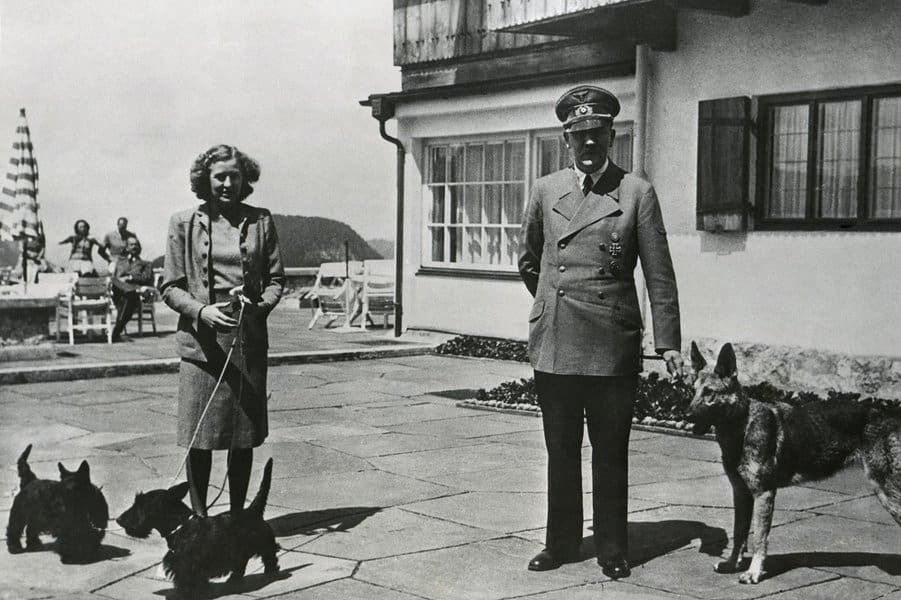 History views Adolf Hitler as pure evil. During his dictatorship, he was behind the Holocaust and the deaths of millions of Jewish people. His horrific actions resulted in one of the deadliest wars in human history, World War II. Hitler’s cruel nature led to millions of deaths worldwide.

11. Benjamin Franklin Electrocuted Himself by Making a Turkey 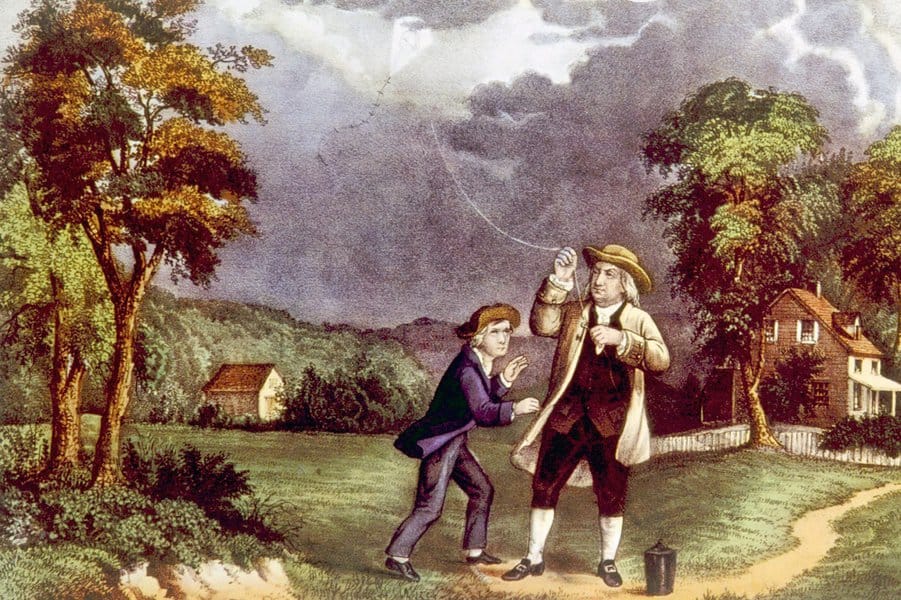 The thing about history is it sometimes gets events wrong. For instance, many people believe Benjamin Franklin discovered electricity when lightning struck his kite and electrocuted him in 1752. However, Franklin didn’t discover electricity as it had been around for centuries.

Benjamin did fly a kite in a thunderstorm, but lightning didn’t hit the kite. He did get a minor static shock from the kite, which was enough to prove his theory. He was electrocuted but not that night with the kite. In 1749, Benjamin tried to cook a turkey by electrocuting it. Instead, Franklin electrocuted himself and barely remembered the event.