The ancient Egyptians created a vast alphabet and vocabulary to interpret their world and the next, with some of the great wonders of the world bearing their scripture.

Today many of those symbols have found their way into the world of tattoo art, from the more recognizable Ankh and Eye of Horus to seated gods, sacred animals, and magical instruments.

There are many reasons to select a hieroglyphic tattoo, and just as many choices. Protection, potency, and eternal good fortune were just a few of the promises carried by Egyptian hierglyphics, with tombs and sacred buildings often adorned with extensive blessings and curses. Some prefer to tattoo singular symbols, such as the scarab, while others have committed entire regions of the body to volumes of text.

Many of the hieroglyphics, such as the sun, denote the passing of time while others, such as the Ankh, represent eternal life. Who wouldn’t want such powerful messages on their side? Some lesser known hieroglyphics are truly worthy of resurrection. For example, the Uraeus Rearing Cobra (a partially seated cobra)is an emblem intended to announce one’s divine authority, while the Heq Scepter gave a nod to those who act as shepherds for their people. The Duat, drawn as a wheel, was a signifier of the underworld, while two feathers denoted divine law.

Hieroglyphics make for mysterious and truly unique tattoo art, and the ancient Egyptians would have feared and admired the man who chose to wear their language on his skin, all but rendering him invincible in this life and the one to come. 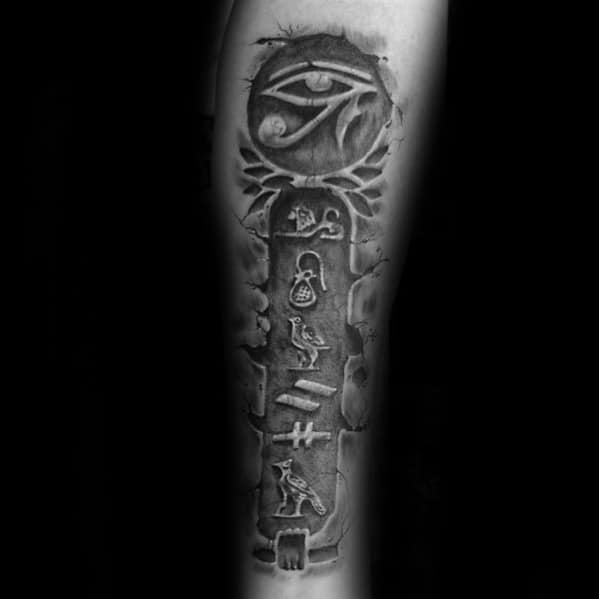 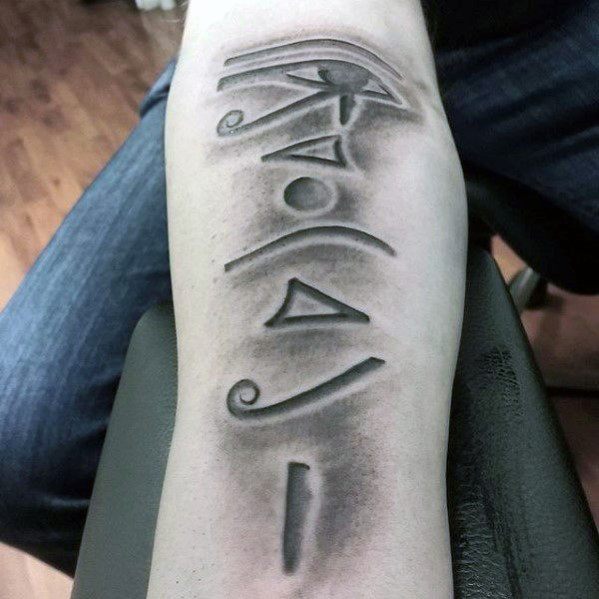 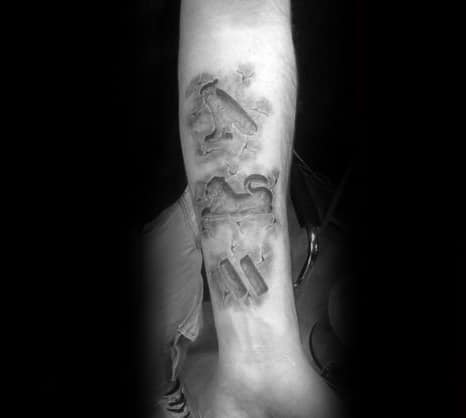 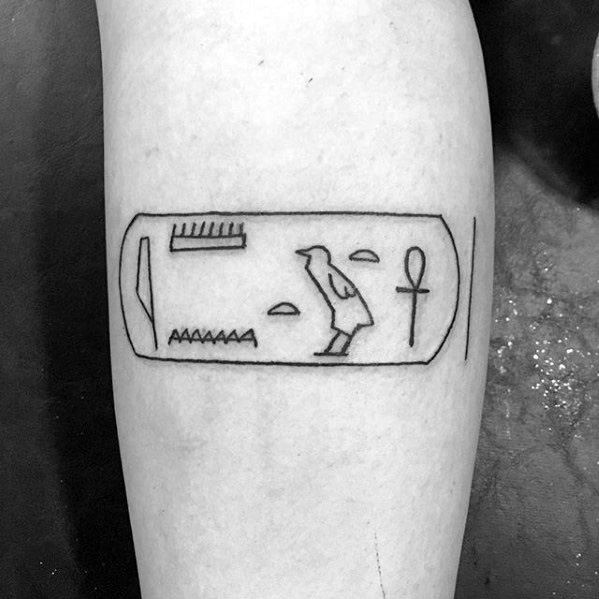 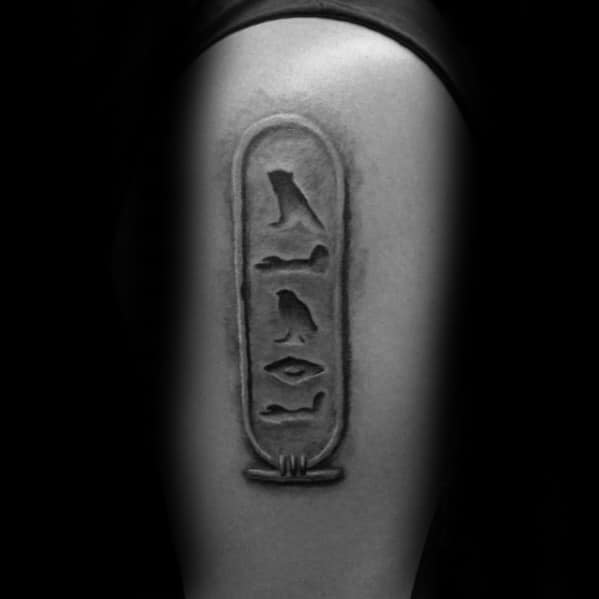 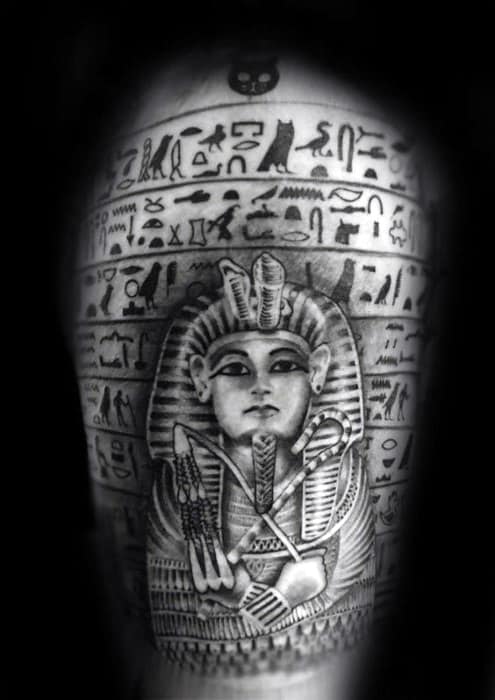 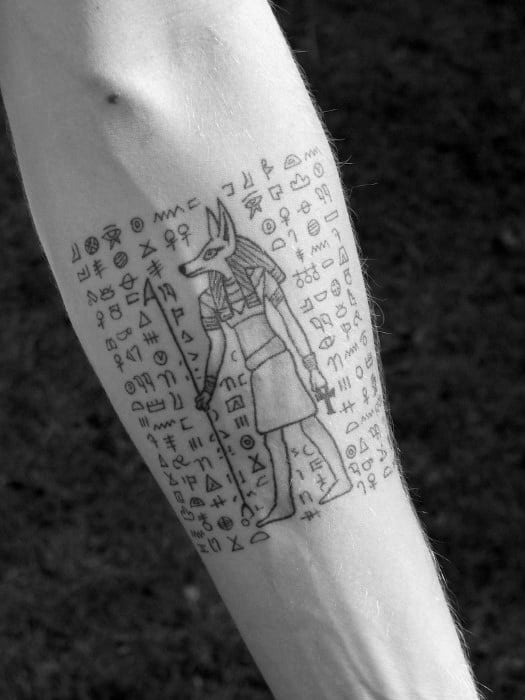 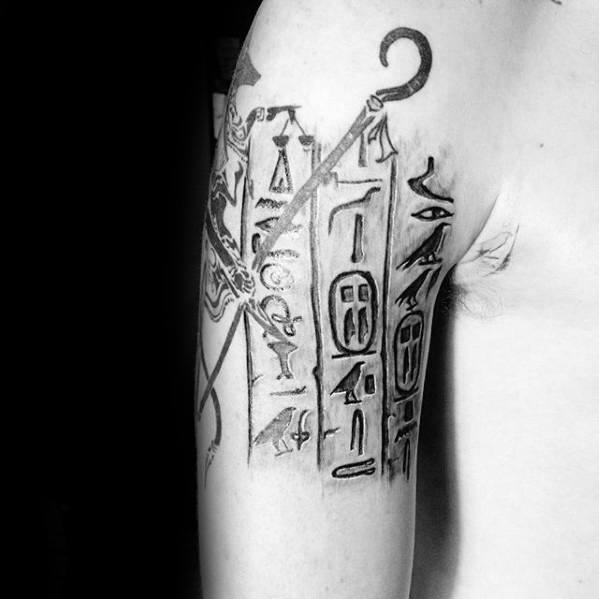 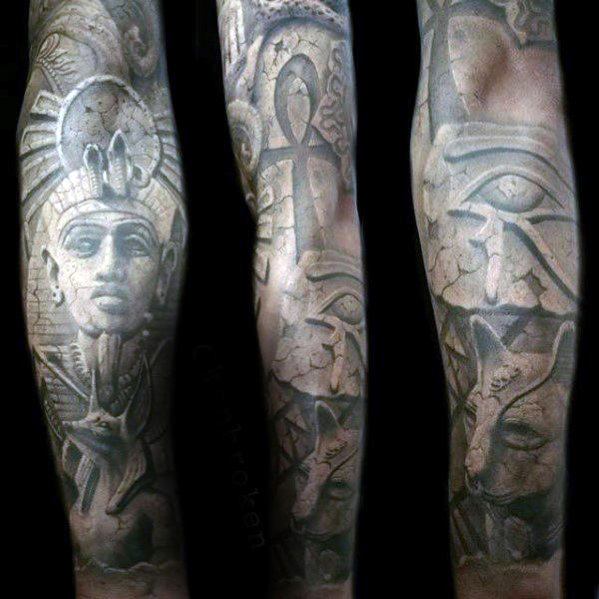 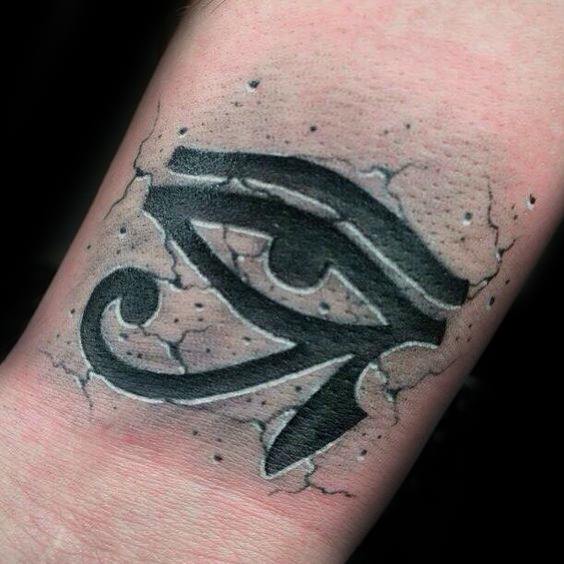 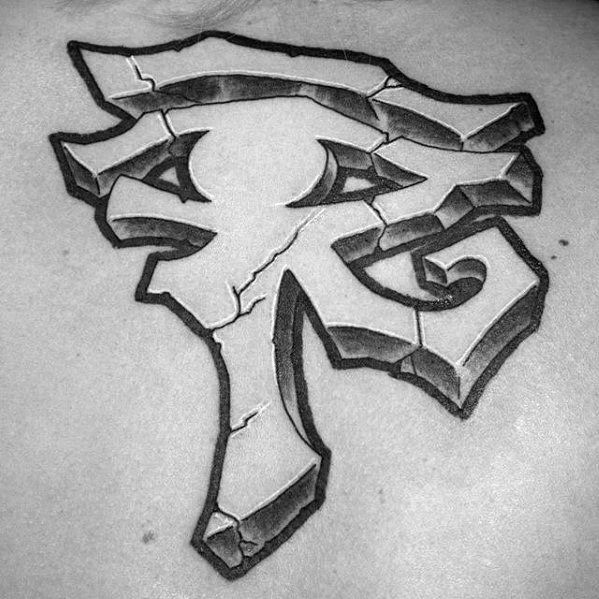 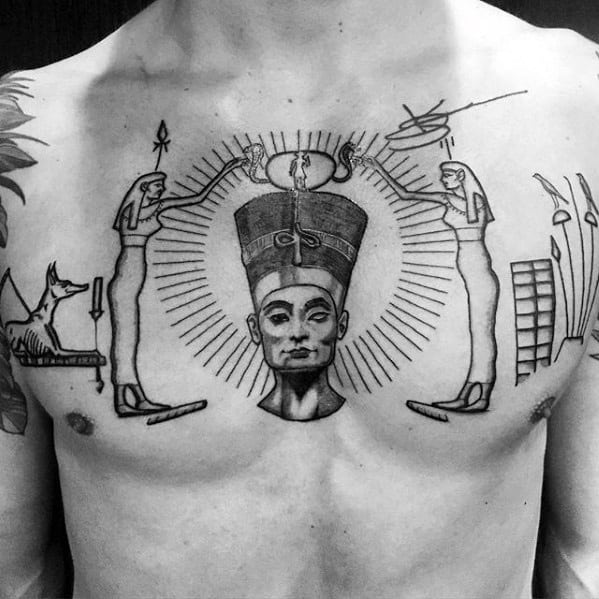 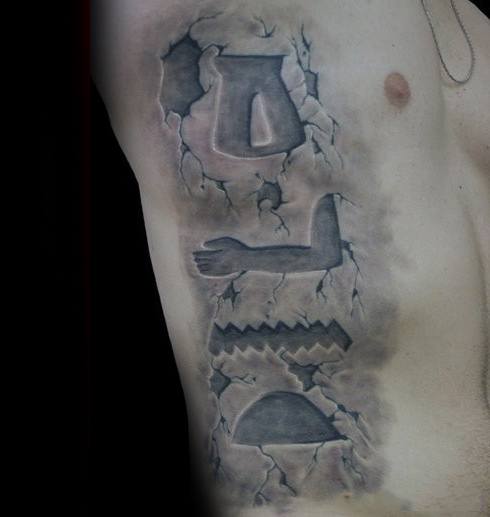 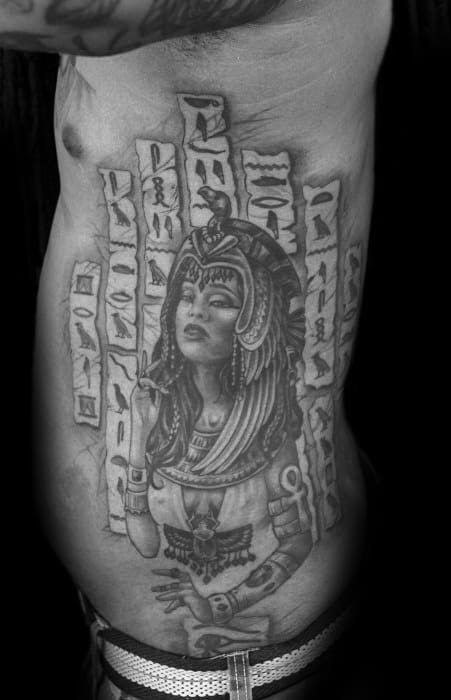 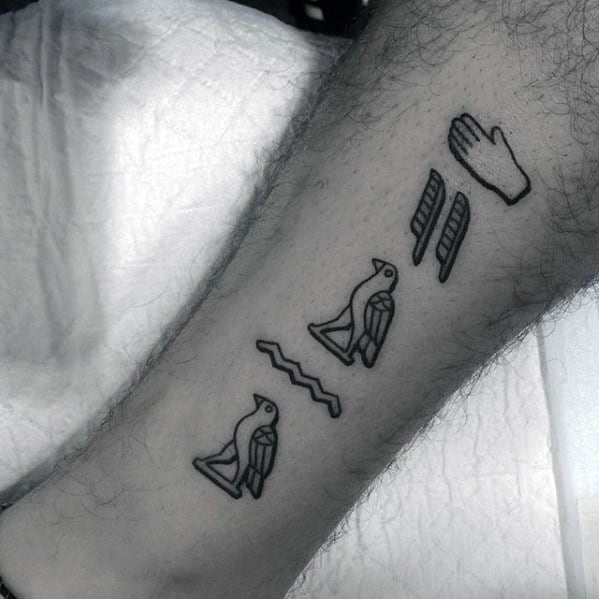 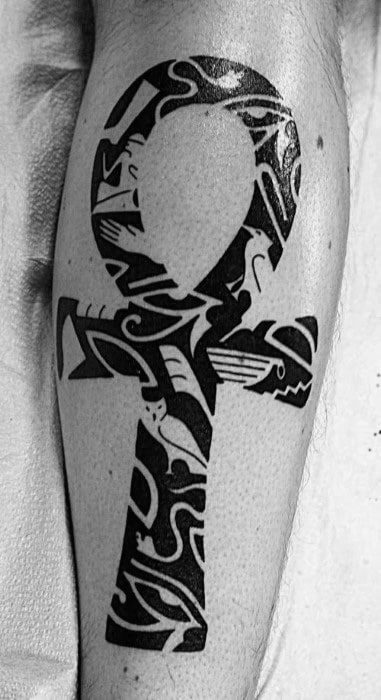 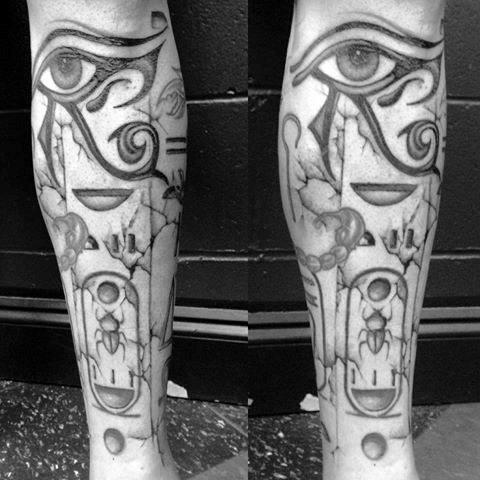 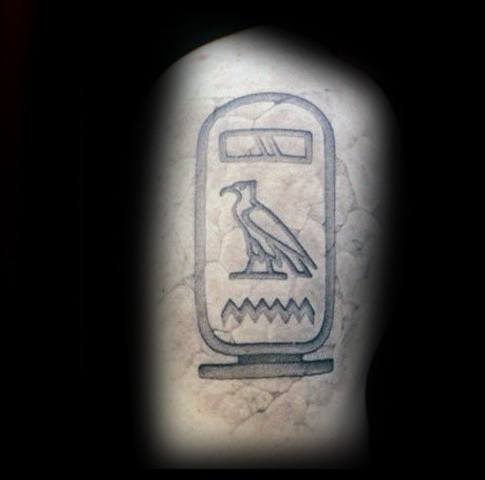 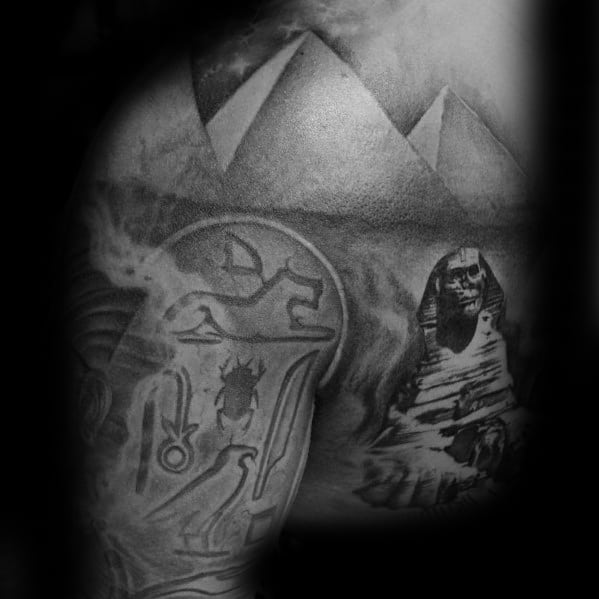 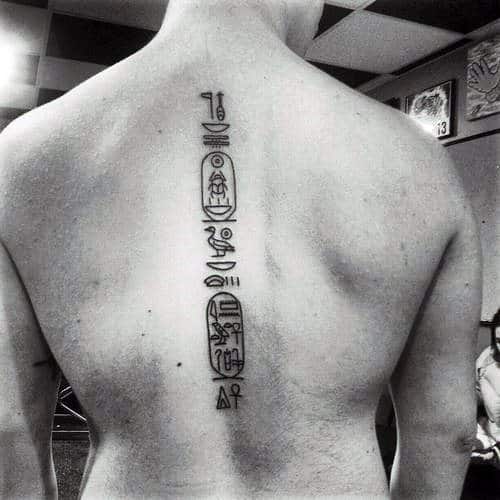 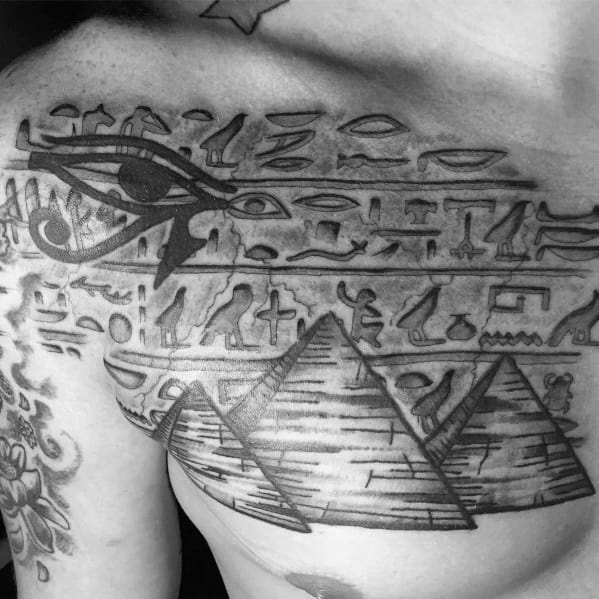