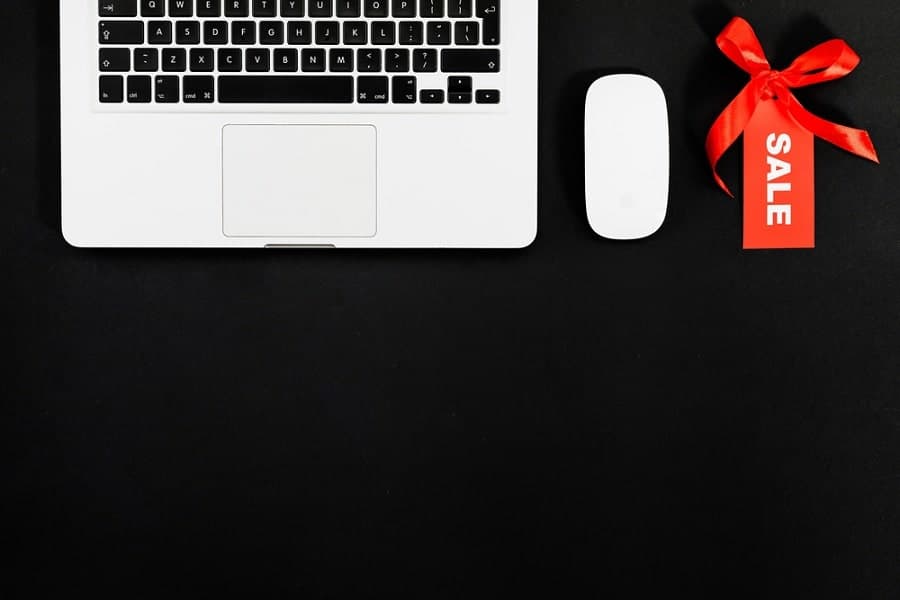 November is here, and that means Turkey Day, family reunions, pumpkin pie, and plenty of bombastic shopping deals to keep you and your wallet busy. Whether you’re after large screen telly, a new outfit, or a new watch, there’s sure to be a deal that catches your attention.

To help you score a bargain this Black Friday and Cyber Monday, here is a selection of the best deals and savings to be had. 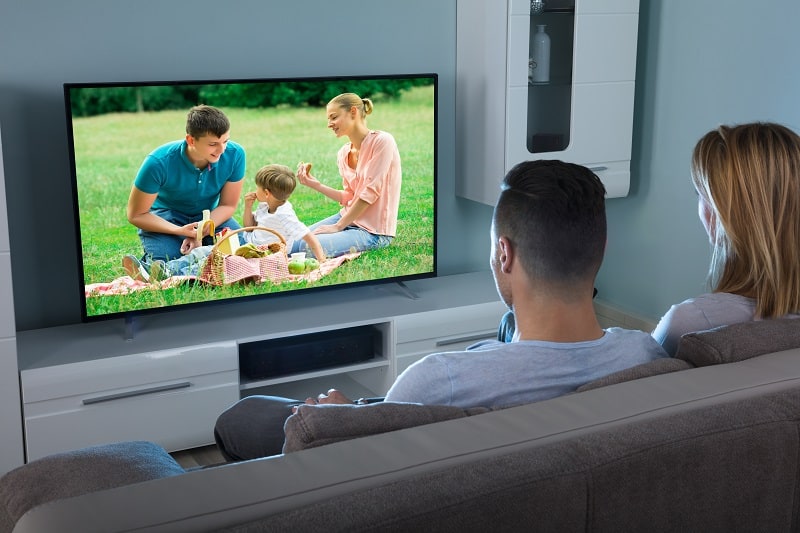 4K, UHD, 8K, OLED, QLED, MICRO LED? What does it all mean, and what’s the best bang for your buck? Well, in the age of confusing jargon and TV terminology, we’ve done the homework to tell you where you can find your dream TV on the cheap. 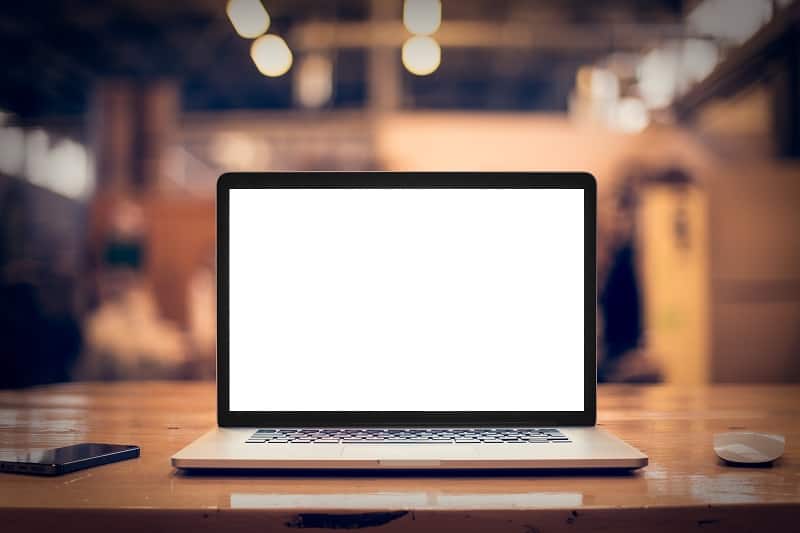 Whether you’re working from home or still going into the office, every respectable man needs a quality laptop for productivity on the go. When your smartphone can’t cope, and that tablet is just too cumbersome, these are the best deals on laptops Next Luxury could find. 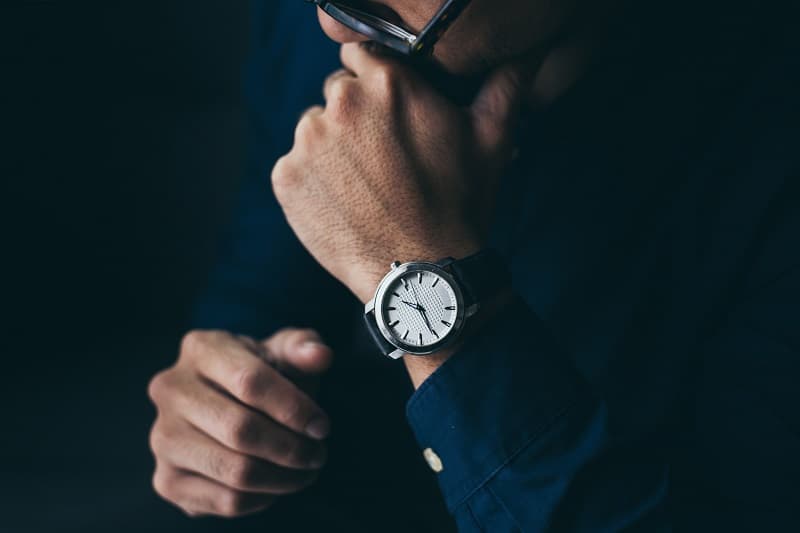 Looking at your phone to check the time is boring. It’s a digital display that only differs depending on how many notifications you’ve been ignoring all day, oh, and whatever photo you have displayed. Why not exchange the pocket dive for a quick flick of the wrist? Treat yourself to a brand-new timepiece – a brand new watch. With so many options available, Next Luxury has a comprehensive selection for you. 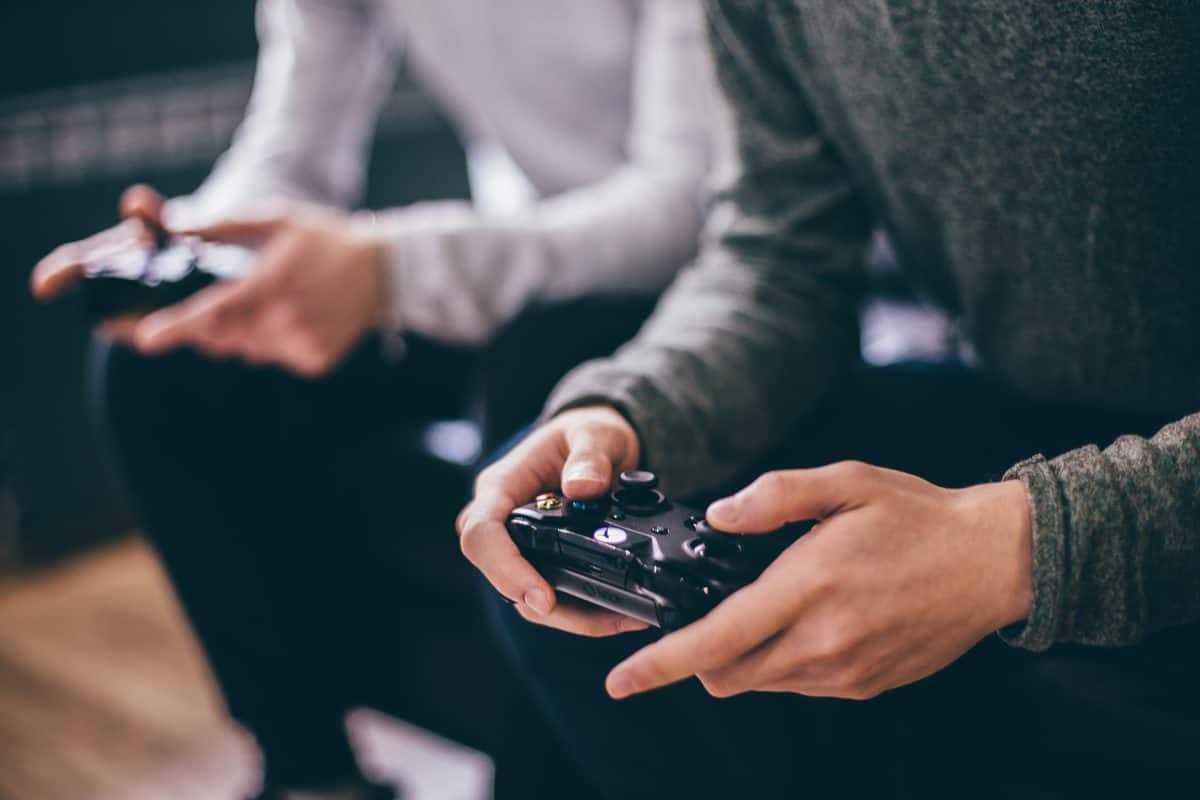 Currently, in flux, the gaming world is heading to bigger and better things. There are deals-a-plenty this Black Friday and Cyber Monday, from PC Master Race superiority to lightning-fast SSD technology inside the next-generation consoles.

Whether you’re thinking of picking up the latest tech or grabbing a bargain on previous-gen classics, these are the best deals we’ve found so far.

The home of Mario, and all your childhood gaming memories, Nintendo has taken the world by storm with its hybrid portable console. Here are the best deals we could find for the Nintendo Switch and Nintendo Switch lite.

Xbox, not gonna lie; your naming system is super confusing. So far there aren’t any good deals for the Series S and X, but if you’re after games, check out Walmart, Amazon, and Best Buy for discounted titles. You can also pick up a Microsoft Xbox Elite Wireless Controller Series 2 in black for just $139.99, a saving of $40.

Getting hold of a PlayStation 5 is almost impossible, so don’t expect any deals this Black Friday. It’s more about the software and games. The best deal so far is three games for the price of one on from Amazon, including new titles such as Call of Duty: Vanguard and Guardians of the Galaxy.

We will keep this one straightforward since there are so many parts to PC Building. 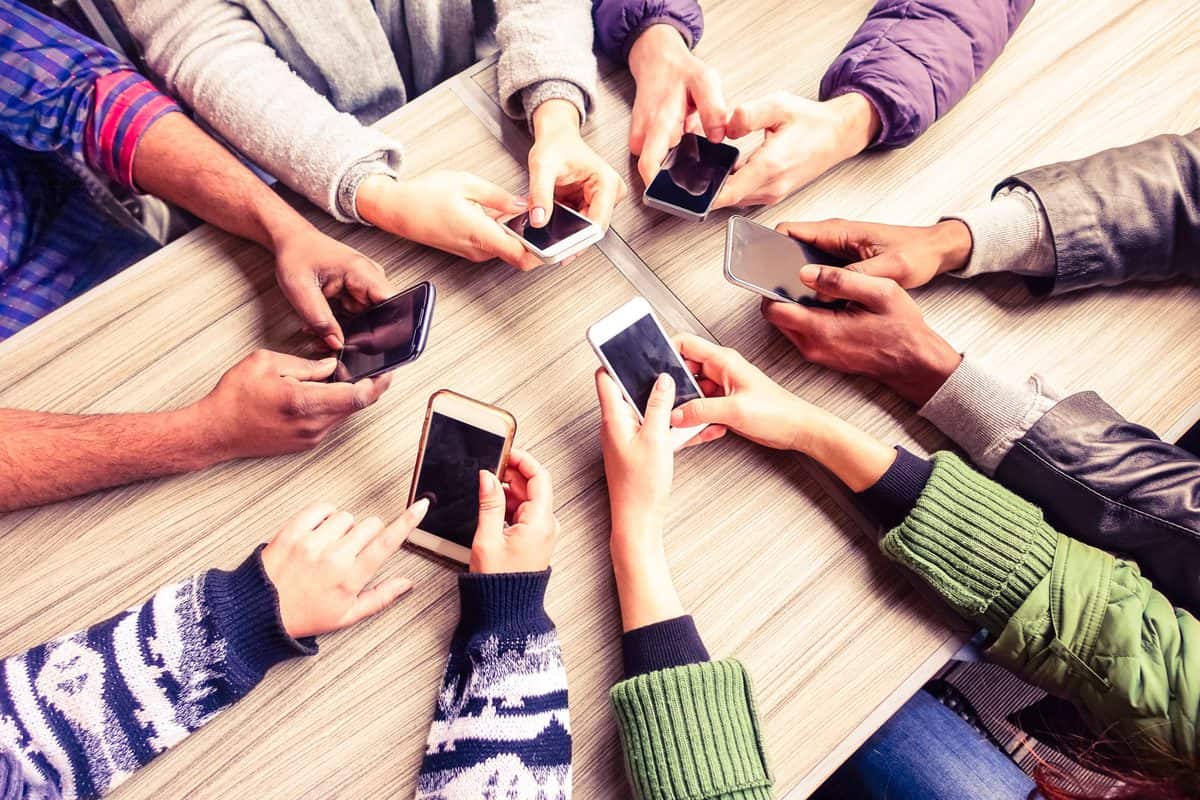 Flip phones, Z-phones, dual-screen phones, and brand new iPhones; from the return of the Motorola Razr to the advent of 5G technology, 2020 has been the year of the phone.

There is a cellular phone for literally everyone with so many new releases from all your favorite brands and tech giants. Next Luxury has found a deal that will keep you talking and texting no matter your use case.

Apple just launched the iPhone 13 series promising a phone for everyone. With so many phones on offer from the Californian tech giant, here are the best deals we could find from Cupertino.

Samsung is doing some pretty wild things in the phone market. Whether it’s their journey of rediscovery with flip phones or pioneering technology of dual-screen phones, whatever it is, Samsung has plenty of deals this November.

One of America’s major phone carriers has a number of deals worth checking out.

Verizon is the second-largest wireless carrier in the United States, and with that comes some pretty good discounts for Black Friday and Cyber Monday.

After taking over Sprint, T-Mobile is offering discounts to even more customers than before. Check out the best deals we found. 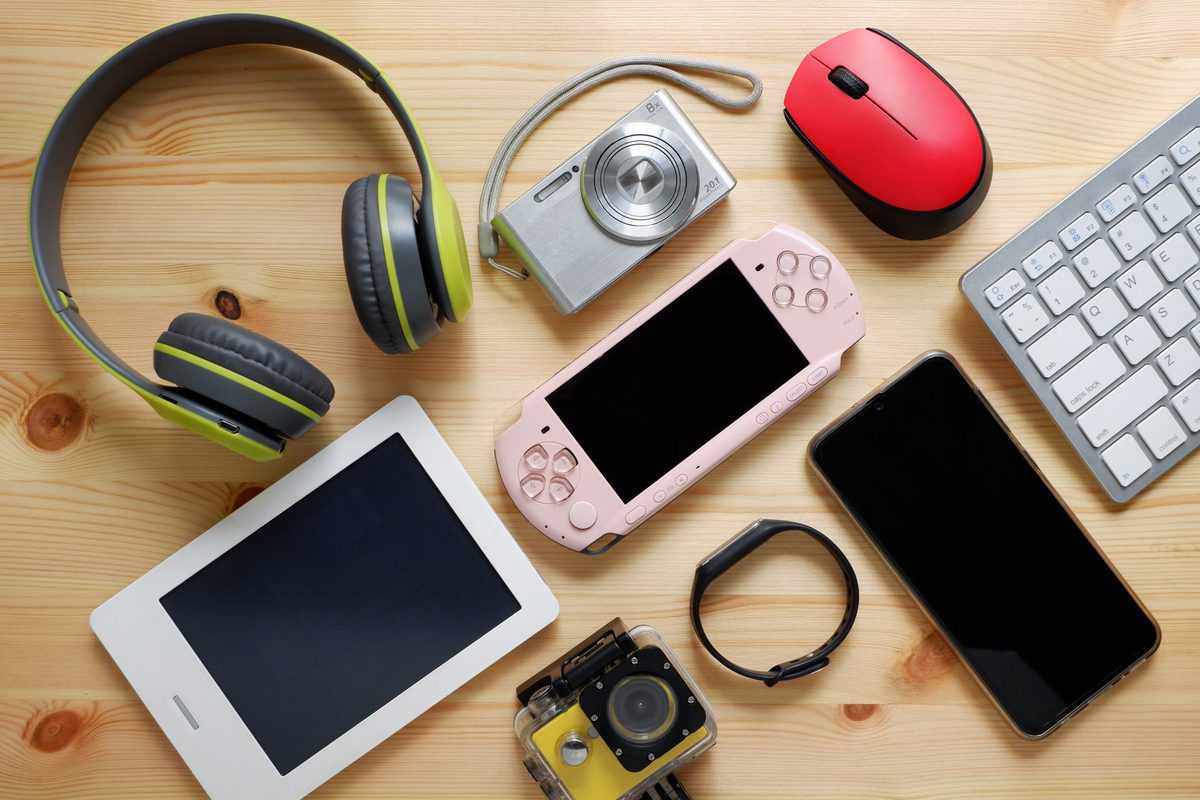 Now since it is still relatively early in the month, we didn’t want to get too specific with our rundown of Black Friday and Cyber Monday discounts. With electronics including so much more than these days, we’ve done a round-up of tablets, iPads, cameras, headphones, and smartwatches for you to check out.

Tablets, yes, we know Apple has cornered the market, but that doesn’t mean there aren’t alternatives. Check out these discounts on tablets, not called iPads.

iPads. Now we’re talking. Whether it’s the regular, the Mini, the Air, or the Pro, Apple has a discounted iPad for you.

Cameras are having a tough go these days, thanks to smartphones. With digital camera sales dropping, there’s even more of a reason to get back behind the lens of the real thing. Here are some epic deals on all things photography.

Headphones are starting to cut the cord. With True Wireless becoming a standard in the market, outside of Audiophiles, everyone wants a quality pair of earbuds for on the go. From Sennheiser to Apple to JBL, there are so many options and discounts available for audio lovers.

Every brand and his dog has a smartwatch. So here are the best deals we could find for all of them.

Whether you’re a cord-cutter or just an entertainment junkie, streaming services have unlocked a whole new world of content. Since Netflix paved the way almost every major media conglomerate has got involved, with new streaming services including Amazon Prime, HBO Max, Peacock, Disney+, Hulu, Paramount+, and more. There isn’t much going discount-wise from any streaming giants. But if we hear anything, we’ll be sure to let you know.

For most people, it’s all about electronic deals, but for those who are more into their fashion, the Black Friday and Cyber Monday deals are fantastic. Whether you’re looking for a new jacket, statement piece, suit, or backpack, every big name brand and fashion retailer offer incredible deals over this period. We’ve gathered some of our favorites below for the fashion-forward man.

These are some of our favorite brands and the great discounts they are providing.

If you’d rather browse a wide range of clothing staples and accessories, there are the online stores offering the best deals.

When Do Black Friday and Cyber Monday Sales Start and End?

Coming right after Thanksgiving, 2021’s Black Friday starts on November 26, with Cyber Monday deals coming up the rear on November 29.

Luckily in this age of the internet, we don’t need to wait until stores open to score a discount. We don’t even need to wait for Monday to hit up online-only deals. But, we still need to know when and where it’s happening.

So, with hundreds and thousands of online retailers participating, here’s when your favorite stores will be dropping their prices.

See more about - Men’s Fall Style Guide 2021: 22 Essentials You Should Own