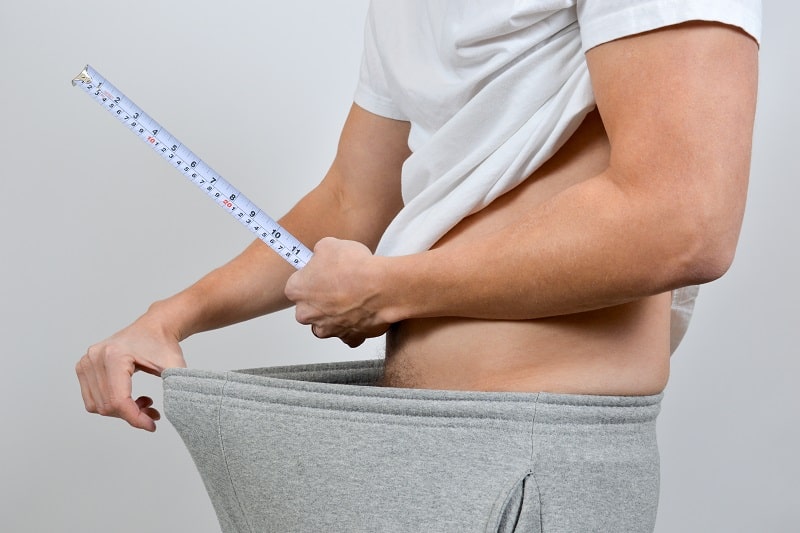 We Ask the Age Old Question: Does Size Matter?

Is the Bigger the Better Actually True? 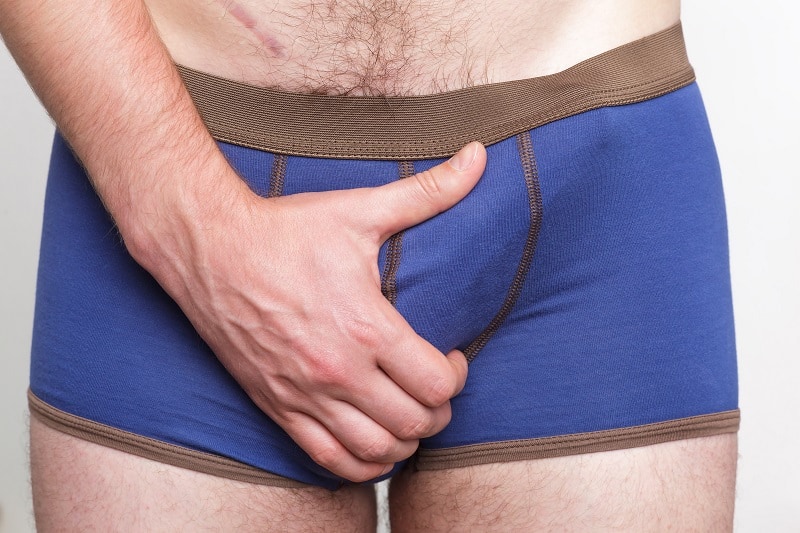 We can assure you it’s not true, so you can take a deep breath and relax now. “This is a myth that many men believe,” says Dr. Nazanin Moali, Sex and Relationship Expert at Oasis2Care, Founder and Host of Sexology Podcast. “Unfortunately, we live in a society that perpetuates this myth by marketing all sorts of ineffective and dangerous penis enlargement products.” Own what you have and don’t buy into it.

In fact, “a lot of women prefer an average size penis and actually don’t want a large penis,” explains Sarrah Rose, Sex Therapist and Founder of Tantric Activation. She says it’s more important for a man to know how to use what he has, no matter what size he is. Different positions work better for different sizes, so she recommends trying out different positions to know what works best for you. Also, every woman has a different shape and size of vagina, so there’s a perfect fit out there for everyone – like sexual soulmates.

Think of it in terms of averages. “Most women’s vaginas are average-sized, as are most men’s penises,” says Susan Bratton, Sex Expert and International Best-Selling Author. “Which means they fit well together.” For the average American, a penis of 5-6” fully erect is more than enough length. If you’re curious, Bratton has a foolproof way of finding out your manhood measurements. She says to measure from the abdomen down the top of the fully erect penis to the tip to get an accurate length.

How Can Men Feel More Confident and Comfortable With What They Have? 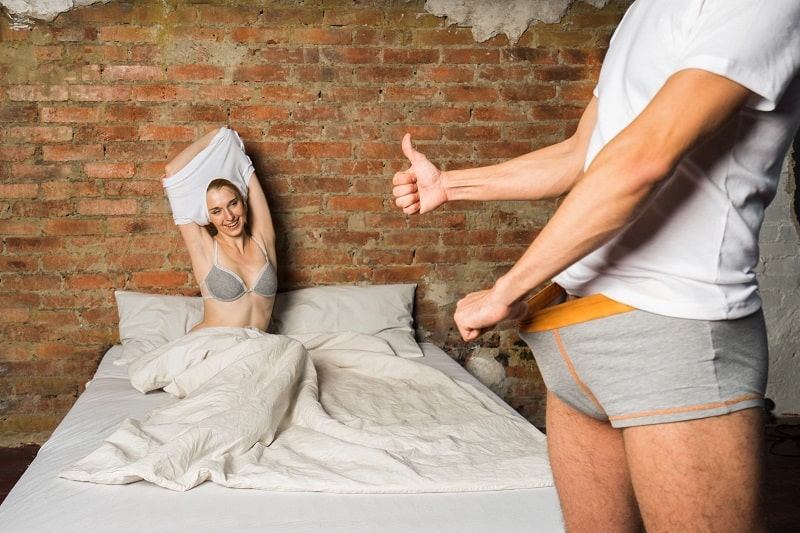 “Many men are embarrassed about the size of their flaccid penis, not realizing that even well-endowed men have nubs prior to erection,” says Bratton. It’s time we normalize a penis being smaller, or a lot smaller, when not erect.

Most women are looking for sex that includes a deep connection and intimacy. It feels more satisfying and pleasurable when you’re equally emotionally and sexually compatible. “A man that can help a woman feel secure and accepted is much more important than the size of his penis,” says Rose. Don’t put so much pressure on yourself “the way that you connect with her and the way you know yourself and are comfortable and confident will help her relax and surrender and that’s what makes incredible sex.”

Don’t be selfish in the bedroom. While most women don’t orgasm by penis in vagina penetration (no matter the size of the penis), “make sure that you can bring her to orgasm with your mouth and fingers and take the pressure off of your penis,” insists Rose. Bratton agrees as she says “being a man who knows how to slowly arouse a woman with myriad sexual skills can compensate for small overall penis size, often making it a non-issue.”

You should also maintain good sexual stamina so that you can last as long as she wants and get and stay hard. Women tend to care more about a working penis than the size of it.

“If a man is smaller than 4” and his woman is happy with his pleasuring skills, then there is nothing to worry about,” says Bratton. But if you insist on undergoing treatment, Bratton gives us an insight into what’s available. “If he wants to go the route of penis enlargement via pumping, GAINSWave or Phoenix Pro and PRP injections, it will be a very rewarding experience for him.” There’s something you can do that works using these three natural, regenerative therapies together for maximum effect.

If you’re on a budget, Bratton recommends the vacuum erection device, as when it’s sized right and used correctly, works very well. “If he can afford the luxury of GAINSWave treatments or the do-it-yourself Phoenix Pro then that is an excellent addition” to stimulate new tissue growth. Within as little as a few months of every other-day use of pumping, a man can increase penile dimension by as much as 25%. The PRP injections, also called the P Shot or Priapus shot, is the frosting on the cake.

See more about - Are Blue Balls A Real Thing? We Talk To The Experts And Get The Lowdown

Does the Size of the Penis Change With Age? 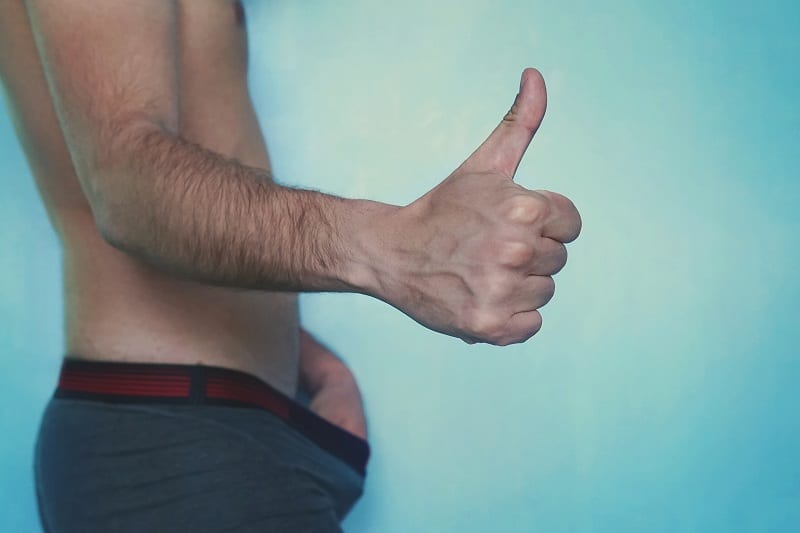 All men experience penile atrophy (loss of tissue) with age, while women experience vaginal laxity as they lose estrogen. “This means his penis gets smaller as her vaginal canal gets bigger, reducing the “grip” of her vagina on his penis,” explains Bratton.

Why do Women Think Size Matters if It’s Not Actually True? 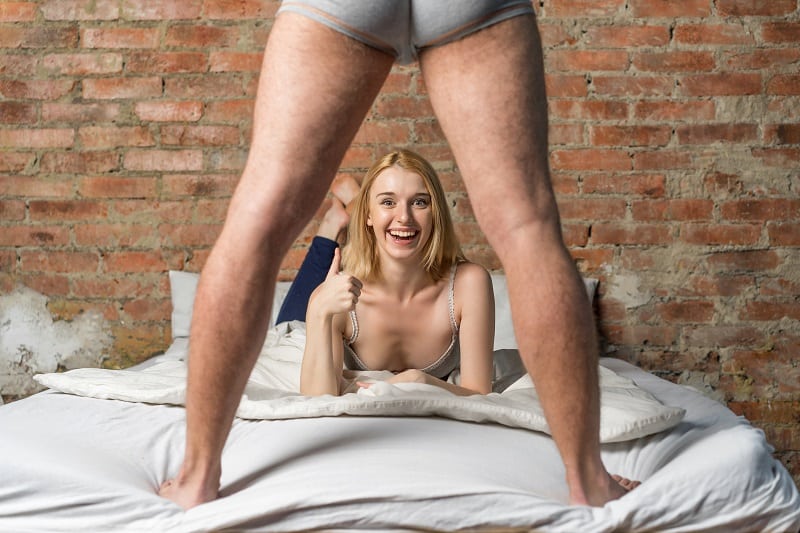 There are women who like a large penis for oral pleasuring.” But there’s nothing wrong with a woman having preferences, “just like her male counterpart who might prefer large breasts or small labia.”

We all have preferences in one way or another. It’s just that most women put penis size further down their list of preferences than other factors such as being fun or knowing many ways to bring her to orgasm, so it’s not necessarily a deal-breaker.

If Size Doesn’t Matter, What Should Men be Focusing on Instead? 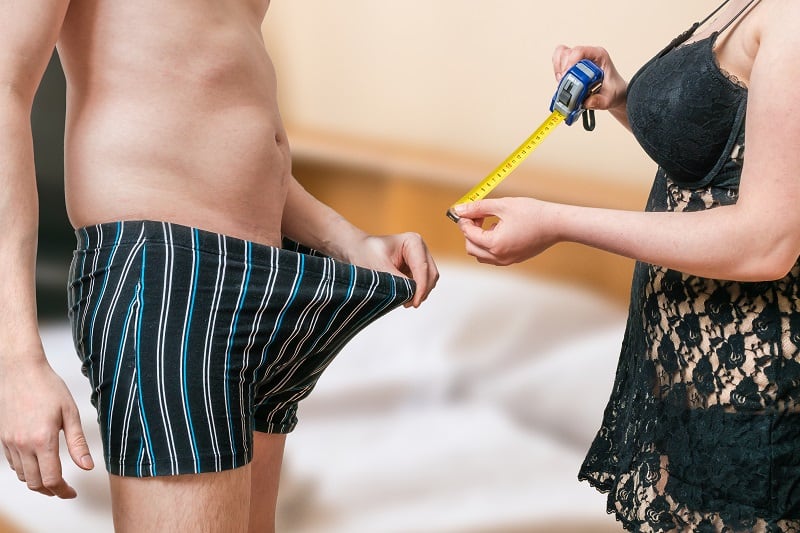 Dr. Moali believes that the most important factor in being a great lover is the ability to connect effectively with your partner in bed. “Most women yearn to be desirable in the eyes of their lovers, which is unrelated to the size of their lover’s penis,” she says. If you’re interested in increasing your confidence, she suggests that you need to focus on the skills that enhance your communication and love-making rather than focusing on factors that are outside of your control.

According to Bratton’s primary research across thousands of sexually active women of all ages, being well-groomed tops a woman’s list of what she wants from a lover. “It’s a simple but mighty request that is easy to accommodate and delights her,” she says. “Who doesn’t want to be a lover that looks, tastes, and smells good?”

Coming in at a close second, a woman wants her man to be present while they are intimate. Many men are in their heads, strategizing about making her come. But she wants to feel an emotional connection. She wants to be made love to, not had sex with. “She cares as much about the flirting and romance before lovemaking as she does about the snuggling and appreciation after. All of the before and aftercare are part of the presence and attention she seeks in a sexual partner,” says Bratton.

And above all, women want their orgasmic potential to be tapped. They “want to have clitoral orgasms, G-Spot orgasms, vaginal orgasms… She wants to have fun, try sex toys, do role play. She wants to have an active, engaging sex life,” explains Bratton.

“Focus on how to give her orgasms that blow her mind,” says Rose. “You can do this with your mouth, your fingers, or toys. Not just your penis.” Most men stop way too soon. She says it’s usually fairly easy for a man to orgasm so a lot of men don’t understand what it takes to bring a woman to full orgasm.

Women may have multiple smaller orgasms before she finally orgasms in a way that leaves her satisfied. Want to take the attention away from the size of your penis? Don’t quit until she’s over the line. “Women value mutual pleasure,” says Dr. Moali.