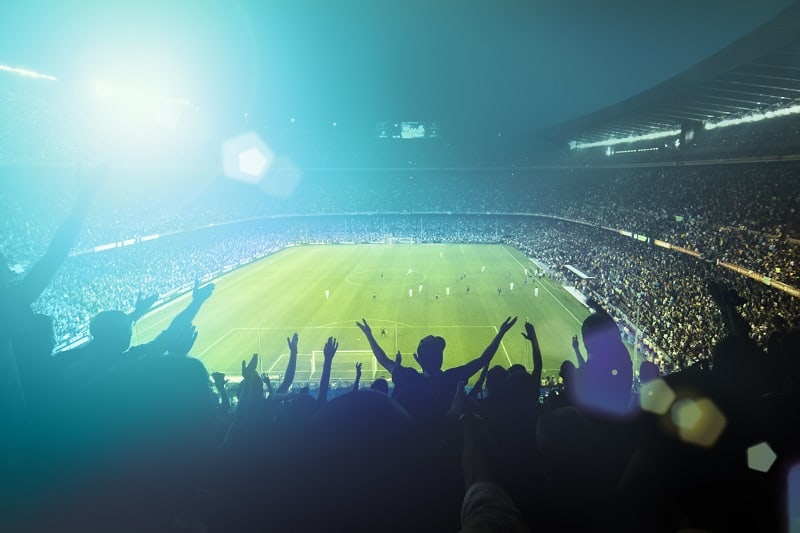 There are many brilliant sporting events around the globe. You watch them on TV and are amazed by their scale and the atmosphere. While they look great while you’re sitting at home, imagine being there to soak it all in?

Here we take a look at the top 10 famous sporting events that every man should experience. You may not be a huge fan of each sport but that doesn’t matter, you’ll love being at such epic events.

Of course, you’ll also have the bragging rights of saying to anyone that “I’ve been there.” We hope you enjoy our list and it excites you into making some plans! Let’s get started. 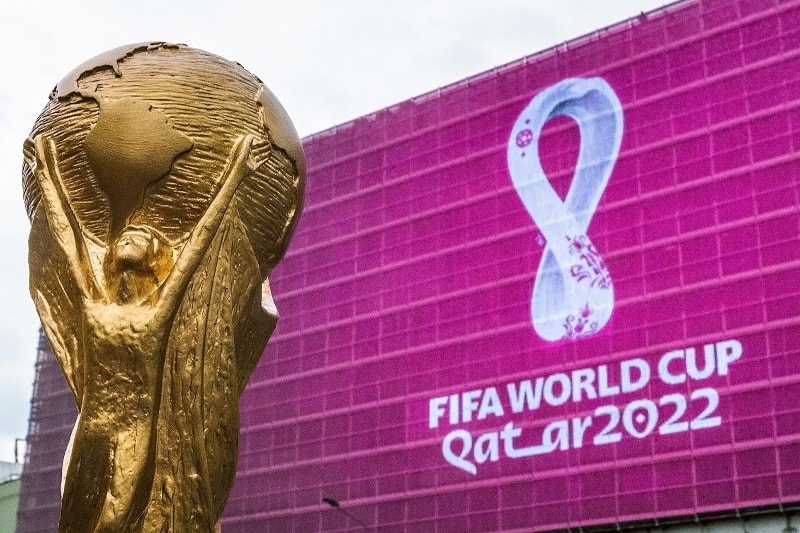 Like many events on this list, this is an event that moves to a different location every time. In this century alone it has been held in Japan/South Korea, Germany, South Africa, Brazil, and Russia.

Going to the event usually means going to the far corners of the world, especially if you head off to the next one in Qatar. The FIFA World Cup final is simply the biggest sporting event that the world has and is watched by billions.

As with many sporting World Cups, there is something special about it being every four years. The hype, passion, and pressure are all increased. It means that you get a special atmosphere in any city that is hosting a game.

Qatar is hosting the event in 2022 but in 2026, it is being jointly hosted by the USA, Mexico, and Canada with the final being held in the MetLife Stadium in New York. It’s a great chance to experience one of the world’s greatest events. 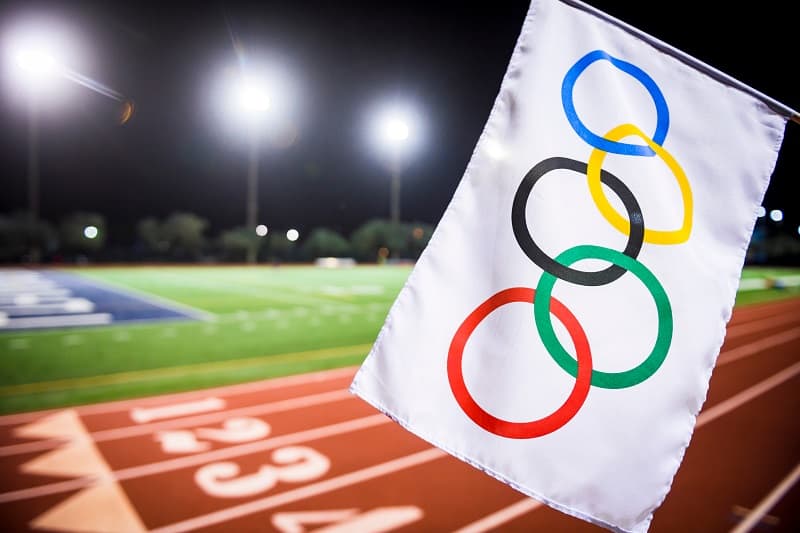 Many of the things we just said about the FIFA World Cup can be applied to The Olympics. It is hosted every four years and is in a different venue each time. Unfortunately, spectators weren’t allowed to watch most of the recent Tokyo games but 2024 will be different.

Those games are going to be held in Paris which is a great chance to visit a city that should be on everyone’s bucket list anyway. Can’t make it to Paris? Well, there’ll be plenty more opportunities to take in these games.

Unlike the FIFA World Cup, you’re not restricted to one sport. On one day you could watch some boxing, on another cheer on some swimming or perhaps even take in some track cycling!

There is something for everyone at the Olympics but the hottest tickets are always for the 100-meter finals. The games are always a joyous occasion that celebrates sports that often don’t get the limelight of others. It’s great to watch athletes’ dreams come true. 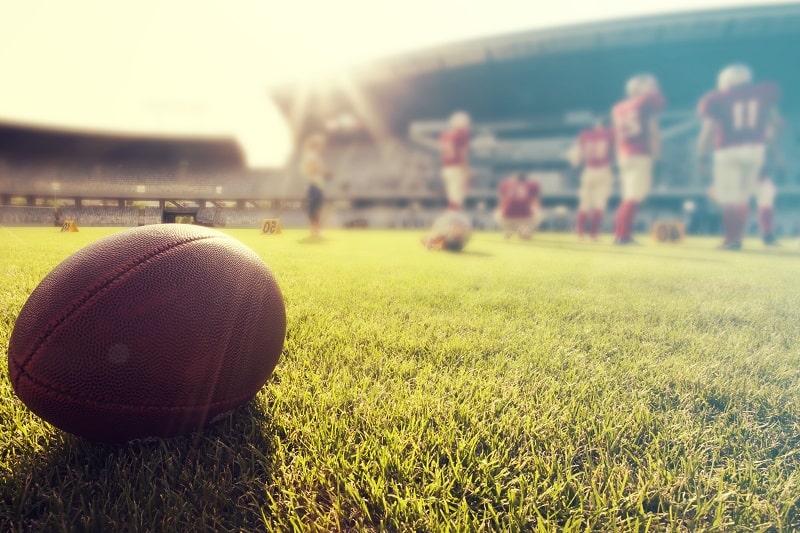 There’s nothing quite like the Super Bowl. Often dubbed “the greatest show on earth,” it has the razzmatazz that other sporting events can’t come close to. It’s the biggest day in the American sports calendar and it makes the most of it.

The pregame hype is incredible and you’ll be able to attend many events around whichever city it is being held in. There is always something going on and the host takes the opportunity to showcase their city.

The day of the game is insane and you can get to the stadium early to see all the pregame entertainment or even join a tailgate party. Then there is always the halftime show where you’ll get to see a famous musical act perform.

And we’ve not even talked about the game itself. You’ll get to watch the two best teams in the NFL go at it in a brutal encounter. Even if your favorite team is not involved, it’s special to watch. While other sporting events may be bigger globally, no others put in quite as much effort as the Super Bowl. 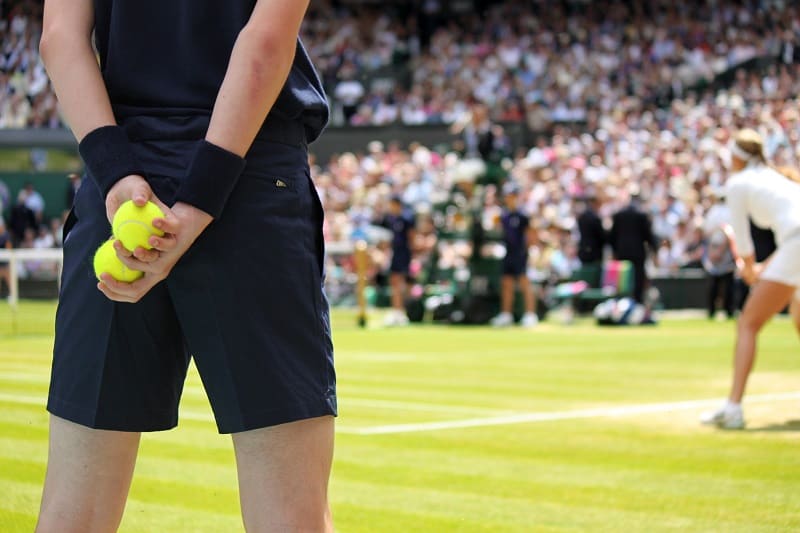 In many ways, Wimbledon is the complete opposite of the Super Bowl as you won’t get much razzmatazz here. Instead, you get an event with much more etiquette and one where you need to abide by the rules and wear the right things.

Much of the appeal of Wimbledon comes from its traditions. It’s the oldest tennis tournament in the world, first being played in 1877. Since then, it has grown to be the most prestigious event on the calendar.

Of course, the other major tournaments are memorable in their own way but not quite like Wimbledon. The only downsides have been with the weather but with two courts now having retractable roofs, you’re sure to catch the action.

There is something special about Wimbledon with the unique all-white dress code, lack of advertising, and number of celebrities sitting in the stands. It remains a fantastic two weeks in the sporting calendar. 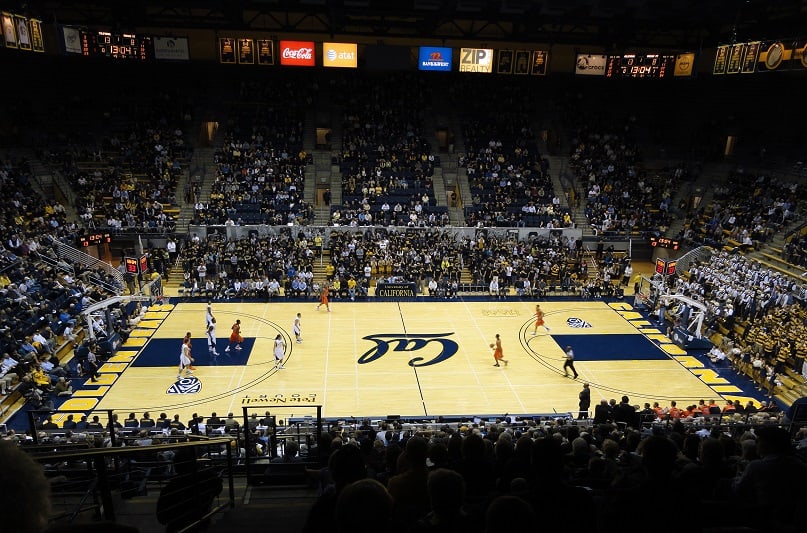 Most team sports have one event that determines the winner, a grand final to see who takes all the spoils. For a few American sports, they like to do things a little differently and instead play out a series of games.

We chose the NBA finals here but we could have easily picked the Stanley Cup Finals for ice hockey or the World Series for baseball. All of them are special and follow a similar format.

You have a “best of seven” series with four games at the home stadium/arena of one team and three at the other. While seven games are scheduled, the series ends when a team reaches four wins.

The partisan crowd along with the enormity of the games lead to some incredible and passionate noise. You can visit a new city while being able to see some of the greatest players in the game go head to head. It’s a must for any sports fan. 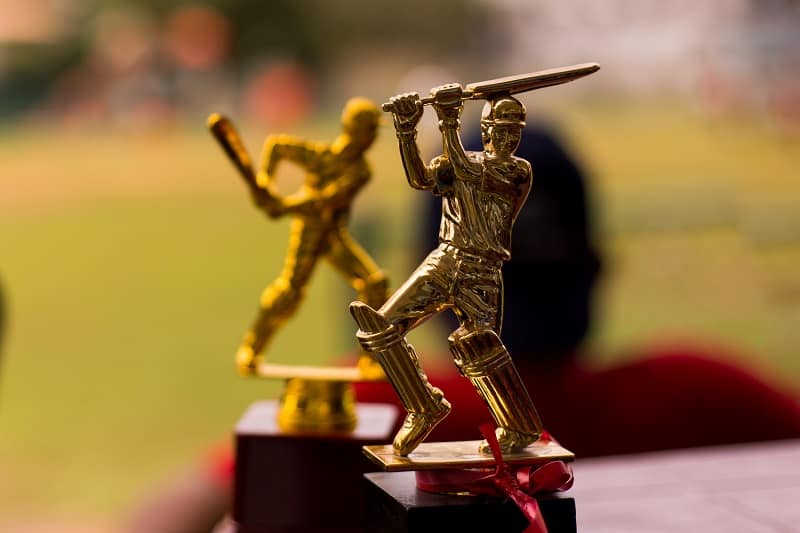 Cricket is a curious sport in that not many nations play it at an elite level, but those that do are obsessed with it. Never is that more clear than with India who has a population nearing 1.5 billion that treat the sport as a religion.

Indeed, it is India who is hosting the next World Cup and it’s a wonderful chance to visit such a diverse and interesting country. One of the venues likely to be used is the Narendra Modi Stadium, which has a capacity of 132,000.

Even if it’s not one of your favorite sports, you’ll love going to see a game. It’s a much warmer and nicer atmosphere than most other sports we’ve seen. If you want, you can just spend all day drinking in the sun.

Previous host countries have included England, New Zealand, the Caribbean, and South Africa so if you can’t make the next one, you’ll be sure to visit somewhere special in the future. It’s a great event and one that you’ll fall in love with. 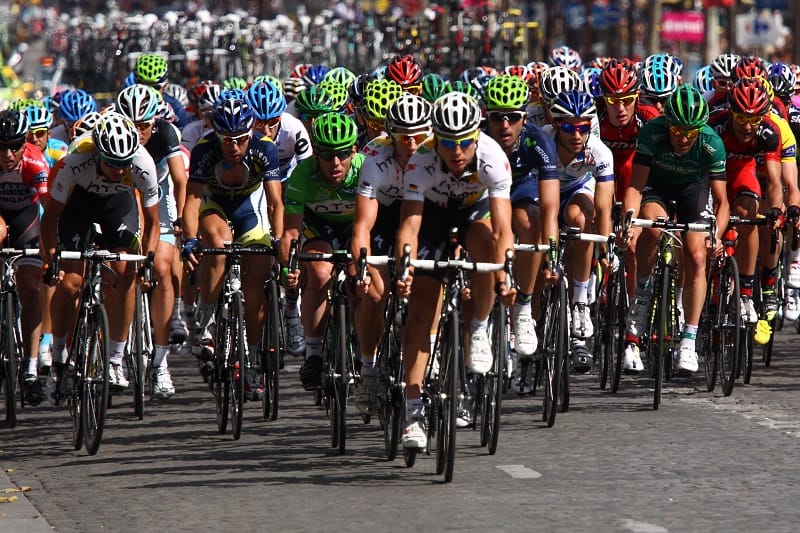 Is there anything more grueling than riding in the Tour de France? I know that I wouldn’t want to do it! You’ll see athletes who are pushing their bodies to the very limits of endurance and all for the glory of the Yellow Jersey.

Of course, the Tour is different from most other sporting events as you won’t be watching it from a stadium. Instead, you can pick your spot anywhere in France to see them riding past on any of the 21 race days.

That being said, while the vast majority of the race is in France, other countries such as Belgium, Italy, Germany, and Spain have all hosted stages. The course changes slightly every year but it always ends up in the same place.

That finish point is the infamous Champs-Élysées in Paris where riders sprint on its cobbles to end the race. It’s great to watch the end of such a punishing sporting event in one of the most beautiful cities on earth. 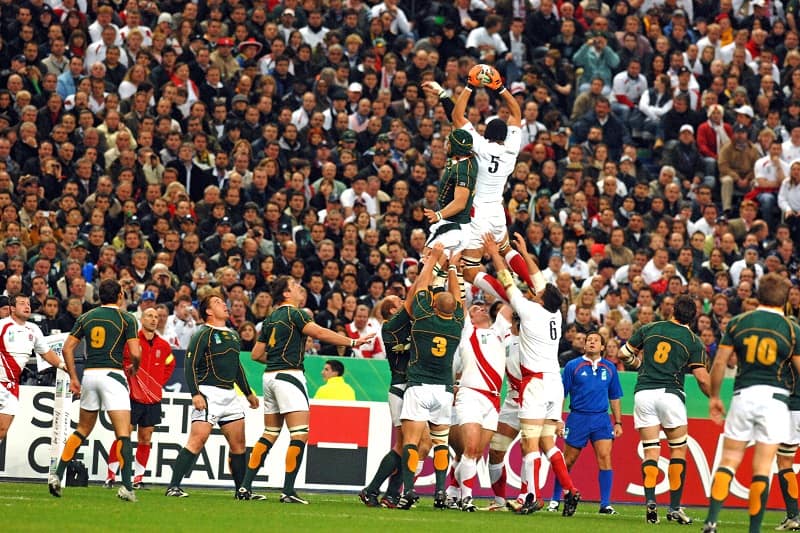 It’s less tribal than many other sports and, like cricket, that usually means a friendlier atmosphere in the stands. It’s played around the world with the next edition being held in France, so you get another chance to go to Paris!

When we talk about “rugby” most refer to the sport of rugby union but there is another version called rugby league, which also has a world cup every four years. Those world cups are usually played in either England or Australia.

Whichever code you go for, rugby is a brilliant sport where you’ll see players put their bodies on the line with big hits and ferocious collisions. It’s always great to watch but there isn’t anywhere better to see it than at the World Cup. 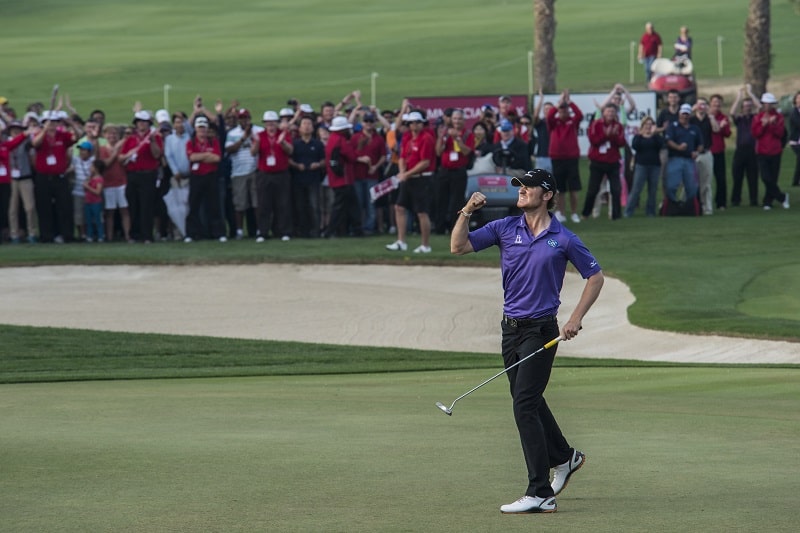 We could have chosen any of the four golfing majors here. While The Open Championship is the one with the most history, there is something about standing on the cold, rainy, and windy British coast that doesn’t appeal to every sports fan.

Standing in Georgia on an April’s day sounds much nicer. The tournament has its own traditions with the most notable being the awarding of the Green Jacket to the winner of each event, which has to stay in its cloakroom.

There are some other great traditions too, such as The Champions Dinner and a previous winner starting the event with an honorary tee shot. It’s a great occasion in the golfing calendar and one that everyone loves.

While the tradition might be great, you’ll also get to see the best golfers in the world on what is a stunningly beautiful course. It’s a beautiful event and one that is a must for every sports fan but especially if you love golf. 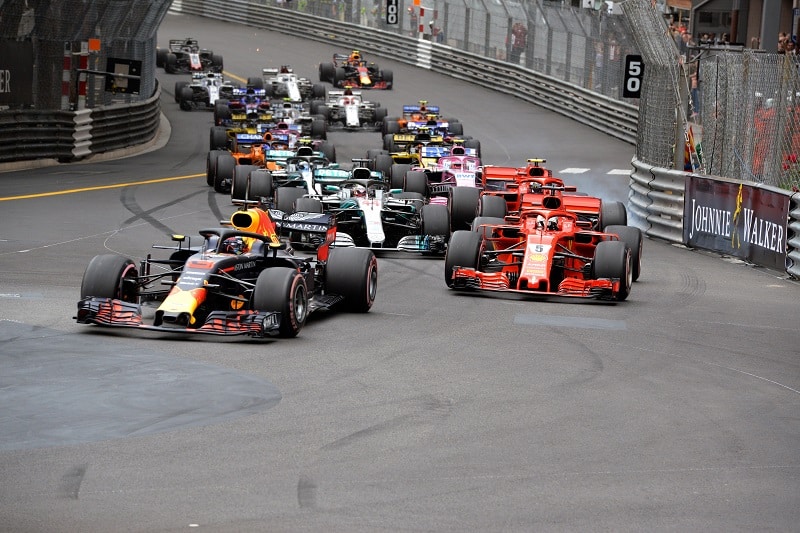 It’s crazy that the Monaco Grand Prix still happens. The fastest cars in the world race around a track which are regular streets for most of the year. It’s a technically challenging track that has seen many dramatic moments over the years.

The dream, if you can afford it, is to watch the race from one of the many yachts that dock in the marina. If you can’t manage that, then temporary grandstands are built along with vantage points from hotels, casinos, and apartments.

The event is full of glitz and glamour, and it’s the event that F1 drivers want to win the most. It’s a hard race to conquer but the drivers that have won it multiple times are legendary.

It also gives you a chance to visit the unique principality of Monaco. The microstate is bordered by France and only has a population of under 40,000. It’s a unique place to visit and the home to many rich and powerful people, so you never know who you might bump into while watching the race.

See more about - The 10 Biggest Sports Rivalries In History