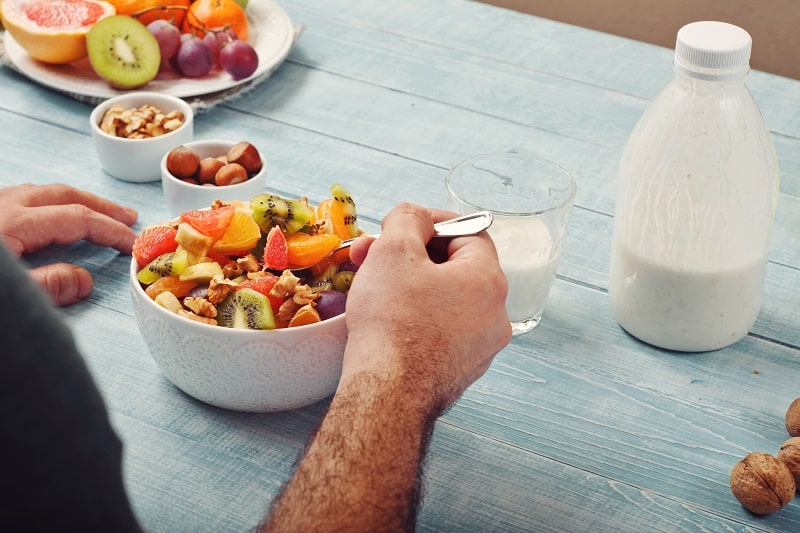 12 Foods To Boost Serotonin for Improving Mental Health and Mood

If you could help fight the blues and feel happier and more focused, would you say no to the opportunity? With all of the stressors and demands of modern day-to-day life, who would pass up the chance to get a natural mood boost? It turns out it might be as easy as including certain healthy foods in your diet.

Serotonin is a neurotransmitter produced by your body and is often called the “happy hormone.” Serotonin can help promote a sense of well-being, happiness, and act as a mood stabilizer. On the other hand, low levels of serotonin might lead to feelings of sadness and depression (though this theory has been questioned in recent studies).

Serotonin is made from an amino acid called tryptophan, which must be obtained through the diet since your body can’t make it on its own. Foods rich in tryptophan might help boost your serotonin levels and help put a little more “pep in your step.”

See more about - 15 Tasty Fruits That Are Also Super Healthy 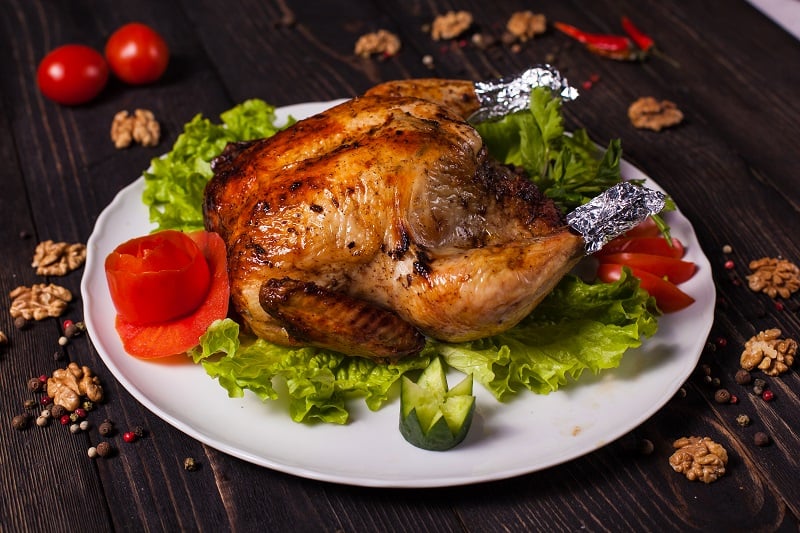 We’ll start with the most well-known high-tryptophan food – turkey. You’ve probably heard the common Thanksgiving Day myth that you feel sleepy after eating turkey. Tryptophan is converted to serotonin after digesting it, which leads to a feeling of relaxation and sleepiness.

However, eating turkey isn’t necessarily responsible for making you feel sleepy. Scientist explain that the main reason you probably feel tired after your Thanksgiving meal is because it was a larger meal than normal, which diverts blood flow to your digestive system away from your brain. 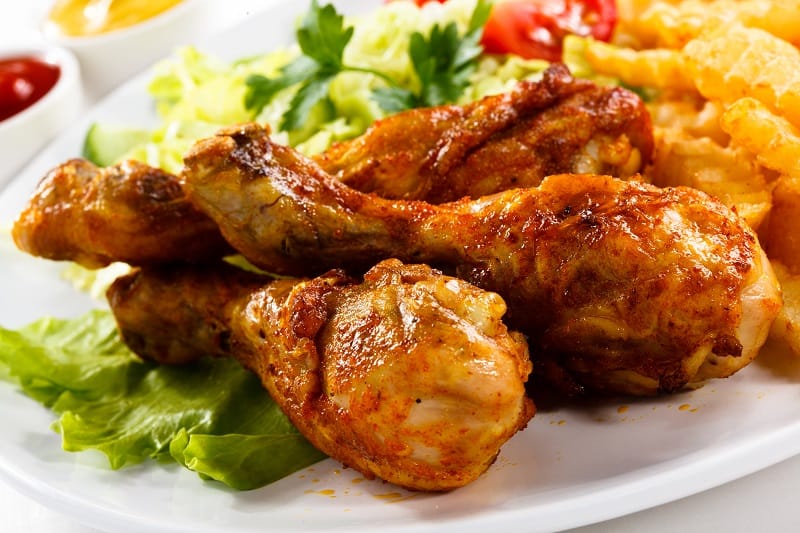 Tryptophan is found in highest amounts in high-protein foods because protein is made up of amino acids. Similar to turkey, chicken is rich in the amino acid tryptophan.

Protein consumption not only can help your body make more serotonin, but it might benefit your mood in other ways as well. Eating protein might help your body produce more dopamine and norepinephrine, which are neurotransmitters (like serotonin) that are also important for brain health and mood. 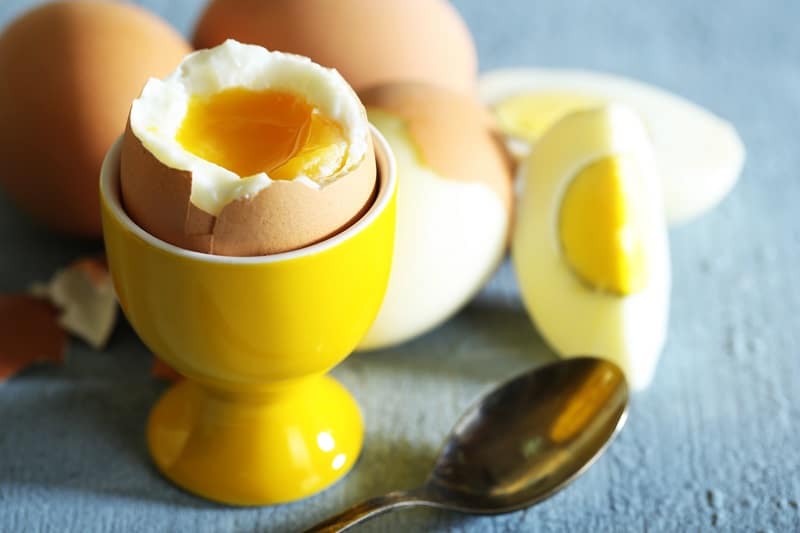 Eggs are rich in tryptophan, but there’s a catch – don’t throw out the yolks! Egg yolks are richest in tryptophan compared to the whites, and contain other beneficial nutrients like biotin.

A study used protein from eggs in a supplement form and administered it to participants. People who received the egg protein supplement had a higher feeling of happiness and paid less attention to negative stimuli. Who knew your omelet could have such impressive mood power? 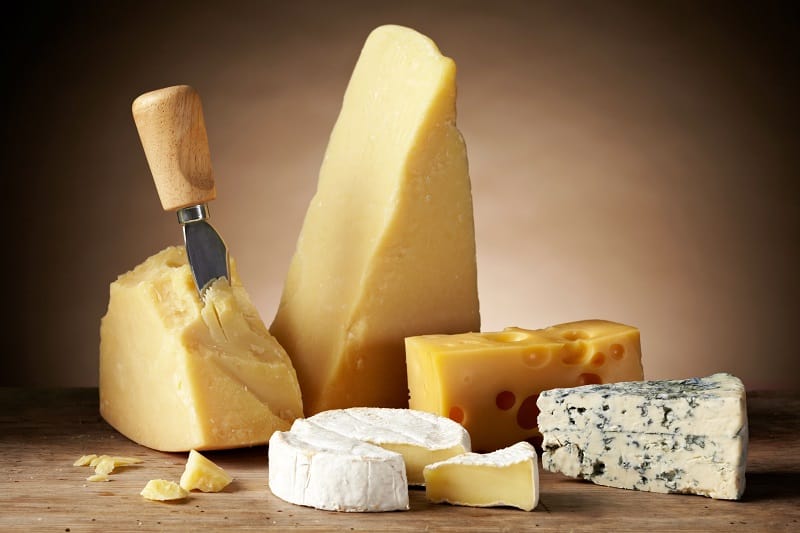 Cheese is rich in tryptophan, and it’s not too hard on the taste buds either! It’s no wonder many foods with cheese are considered “comfort foods.” According to a food database powered by USDA data, cottage cheese, hard mozzarella and cheddar cheese contain the most tryptophan compared to other types of cheese. 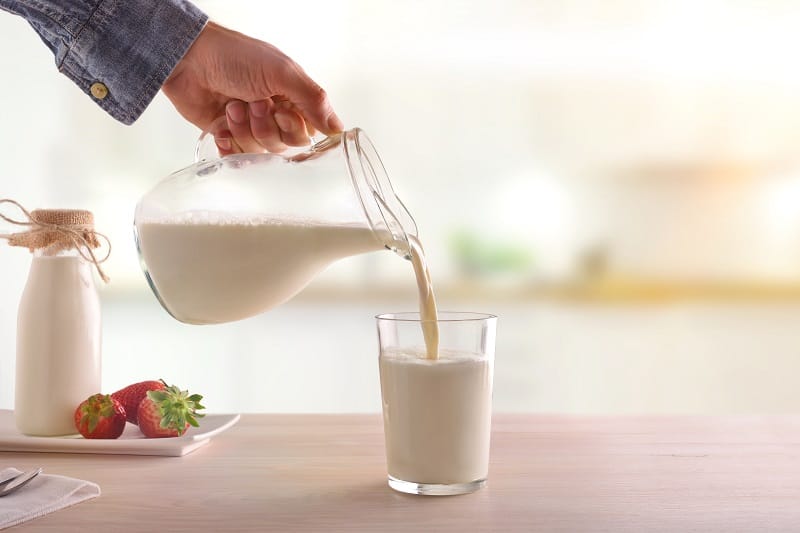 Milk is naturally rich in protein as well as the essential amino acid tryptophan, helping to synthesize serotonin in your body. Whole milk has more tryptophan than lower fat milk.
Milk is also rich in vitamin D, which might also play a role in your mood and mental health. Vitamin D was found to improve mood in women who had anxiety and were also vitamin D deficien. Other studies conclude that vitamin D consumption can help reduce negative emotions. 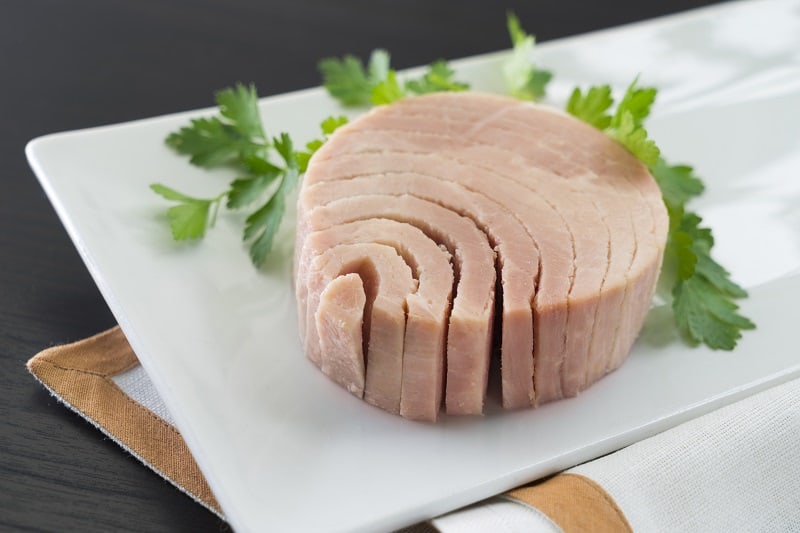 One can of tuna contains more tryptophan than a pound of raw turkey. Canned tuna is convenient because it has a long shelf life, and it’s more budget-friendly than many other types of fish. Tuna is also a good source of heart-healthy omega-3 fatty acids, which can help reduce inflammation. 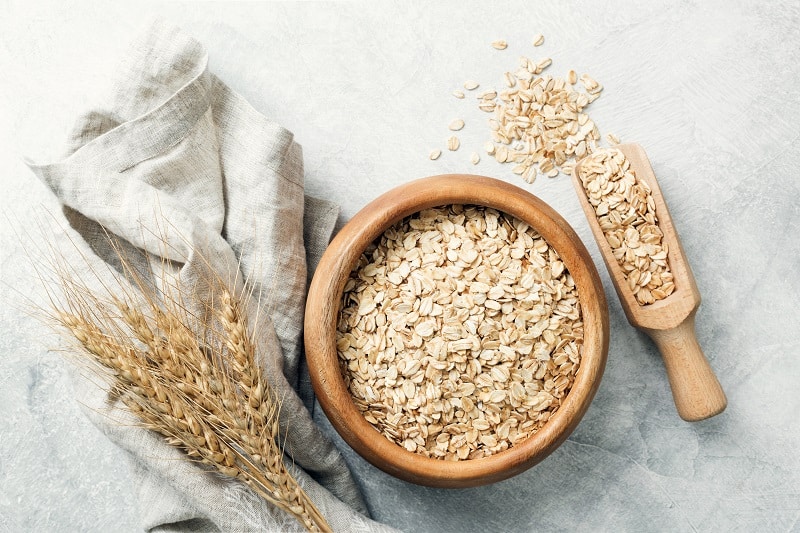 While they aren’t as high in protein or tryptophan as many of the other high-protein foods in this list, one cup of oats provides almost 60% of the lower end of the recommended daily amount of tryptophan.

Similar to eggs and tuna, oats are another budget-friendly and healthy staple to have on hand. Oats are rich in a fiber called beta glucan. Interestingly enough, a beta glucan supplement was found to improve mood in people who were considered stressed. While it might be a bit of a stretch to say that oats can make you less stressed, they definitely have a multitude of health benefits that might improve your health – and that might be a stress-reducer by itself! 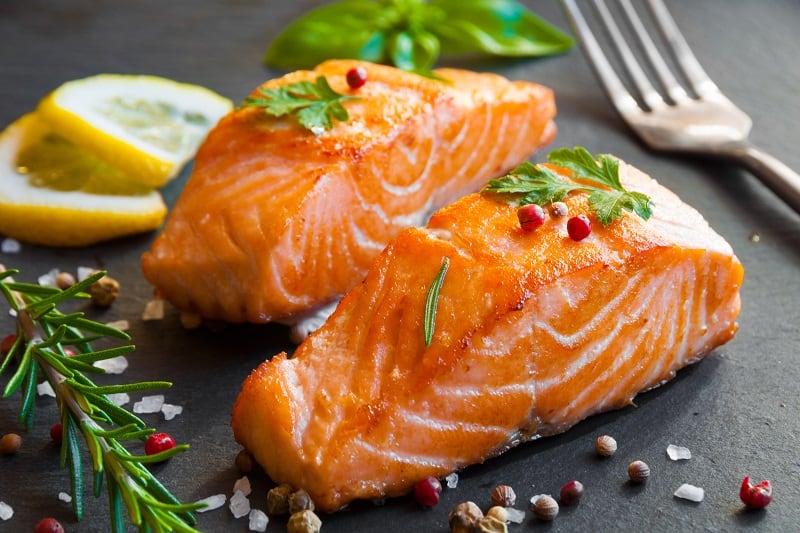 Another high-protein and high-tryptophan food, salmon is a nutritional powerhouse in many other ways. Salmon is one of the richest sources of omega-3 fatty acids, which promote brain health and can help fight inflammation. 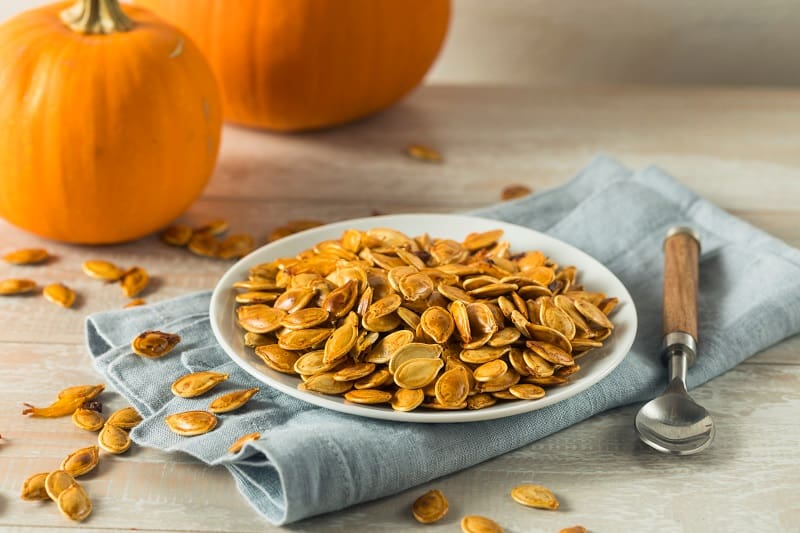 A one-ounce handful of pumpkin or other squash seeds provides over half of the lower end of the daily recommended amount of tryptophan. Pumpkin seeds are also a good source of magnesium, which helps muscles relax and may lessen the symptoms of anxiety. 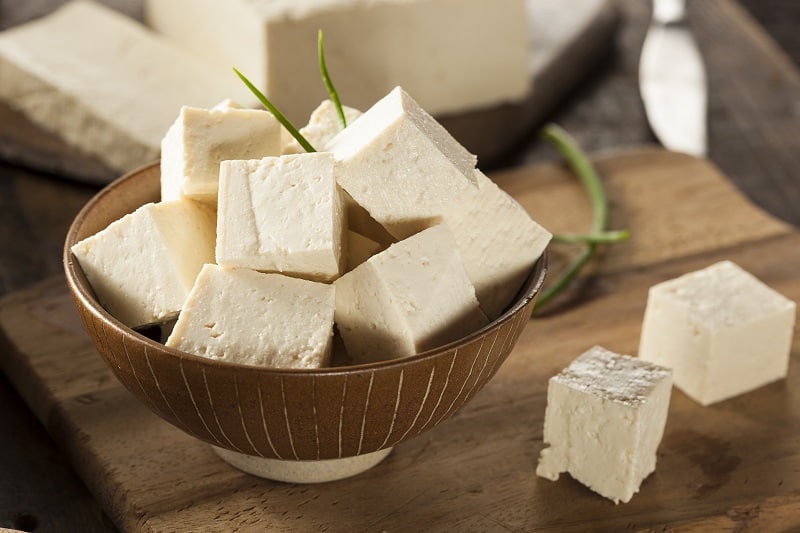 A great protein alternative for vegetarians and vegans, tofu is a great source of tryptophan and may help boost low serotonin levels. Opt for firm tofu when using it in place of meat in dishes like stir fries, since softer tofu doesn’t hold its shape. Silken (softer) tofu is great to use in smoothies, though. 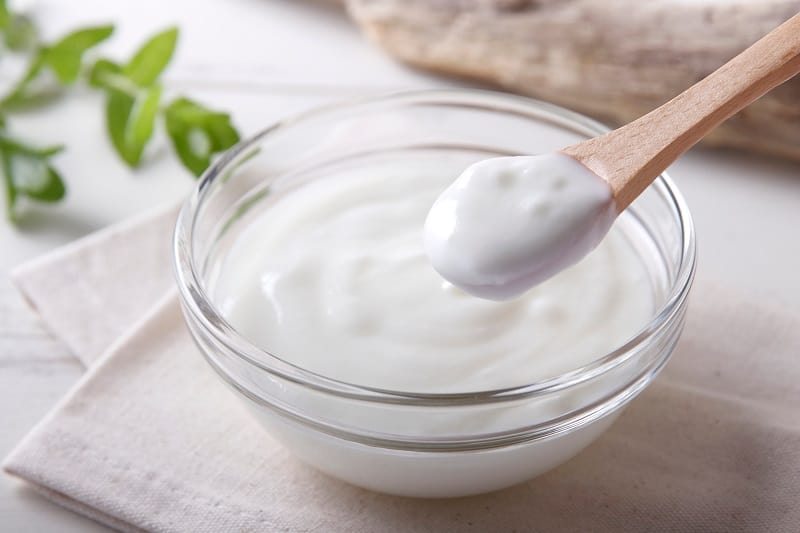 Dairy is rich in protein and tryptophan, but yogurt has another thing going for it that might help improve your mood. Fermented foods like yogurt contain probiotics, which are live cultures that help feed the colony of healthy gut bacteria.

Gut bacteria play a large role in serotonin production by making over 95% of the body’s serotonin. Probiotics may also help to improve mood and mental health by increasing the availability of serotonin in the gut. 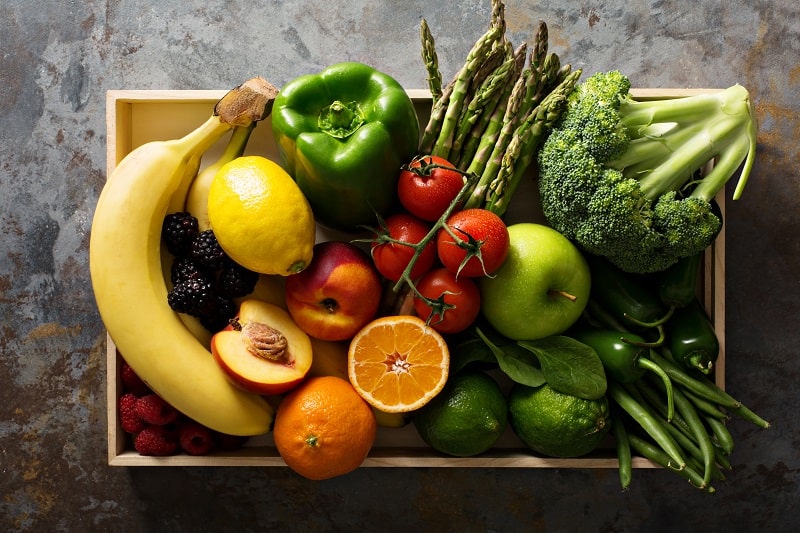 While fruits and veggies aren’t very high in protein, they contain a slew of healthy vitamins, minerals and antioxidants. Antioxidants help fight inflammation, which can interfere with neurotransmitters such as serotonin. Certain fruits and veggies are higher in tryptophan than others, such as tomatoes, plums, kiwis, pineapple and kiwi fruit.

See more about - Thinking Of Switching To A Plant-Based Diet? Here’s Everything You Need To Know