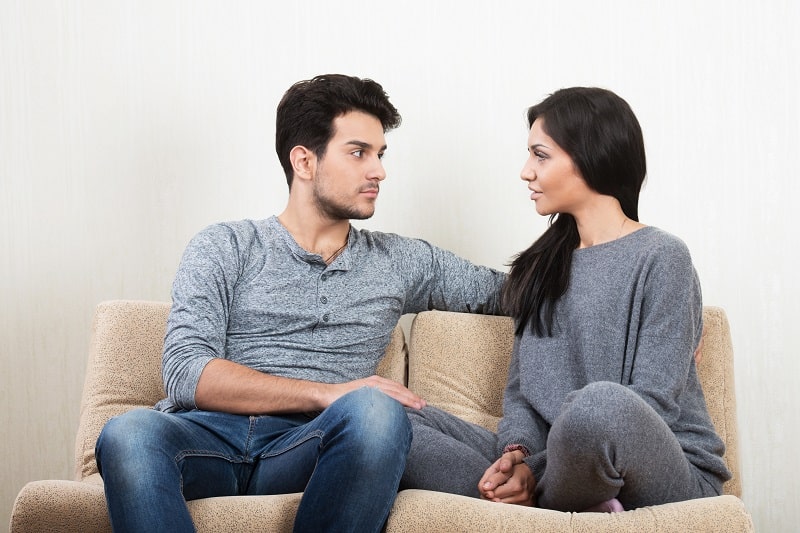 We’ve all ended up back with an ex at some point in our lives but more often than not, things are harder than we thought, and we call it quits once again. But the hard truth is that many couples that get back together check out too early before any real reconciliation happens. You’ve missed each other so much that the first few weeks, or months, are the most fun you’ve had together, and you forget all about why you broke up in the first place.

Then, suddenly, you begin to bicker again, problems that you had before begin to resurface, and you start to remember why it didn’t work the first time around. Next thing you know, you’re total strangers again. This is because there are actually strategic ways to successfully get back with an ex that don’t involve just going with the flow.

Things won’t be easy, but if you truly love your other half, the hard work is worth it, and if you stick around a little longer, you’re sure to see why. Lee Wilson, Life and Relationship Coach at myexbackcoach.com, shares his advice on how to make it work with an ex the second time around, and it isn’t for the faint-hearted.

Move Slowly in Terms of Getting Back to How Things Were

It’s easy to slip back into old habits, especially if you’ve been together for years, but these old habits didn’t positively serve your last relationship and if you want to avoid breaking up again, focus on rebuilding new habits. “There should be some reservation and regrowth so that you don’t simply go back to the same problems that caused the breakup,” says Wilson.

He explains that although it’s tempting to instantly go back to the relationship that you had in terms of its label, sleeping over, constant “I love you’s” and as though the breakup didn’t happen (no one wants to remember a painful breakup), slow and steady progress is the best way to go.

Make sure to check you’re both on the same page and moving at a pace you’re both comfortable with. It’s important to make sure you understand where you both want the relationship to go as this may have changed since you were last together. This way you can slowly work your way to a place you both want to be rather than end up back at the last one that left you disappointed. 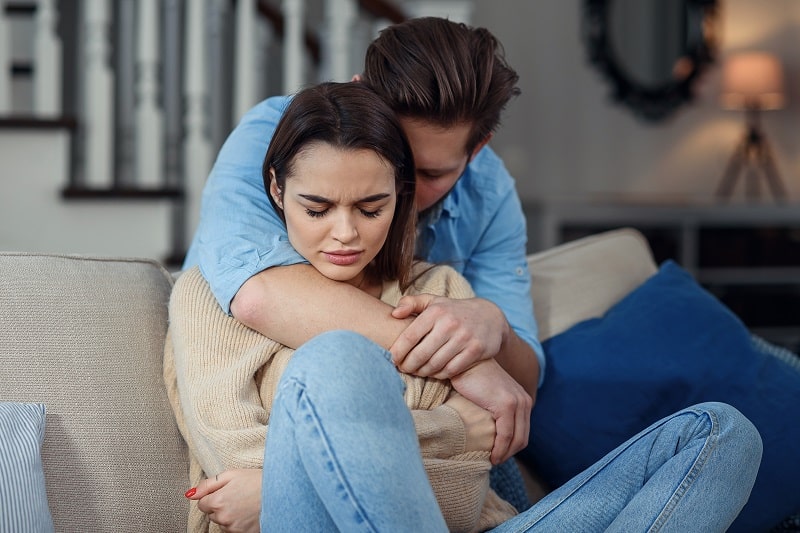 Now, this one’s important. If you broke up for a specific reason, make sure you don’t make the same mistake twice. “For example, if your ex broke up with you because you constantly started fights, don’t slack off and think that now that you two are back together that you can lose your temper,” says Wilson.

He encourages you to remember in those moments where you’d previously start a fight to focus on what you want most, which is being with this person, instead of making a point in an argument. Learn relationship and conversation skills to reframe, compromise, and empathize. 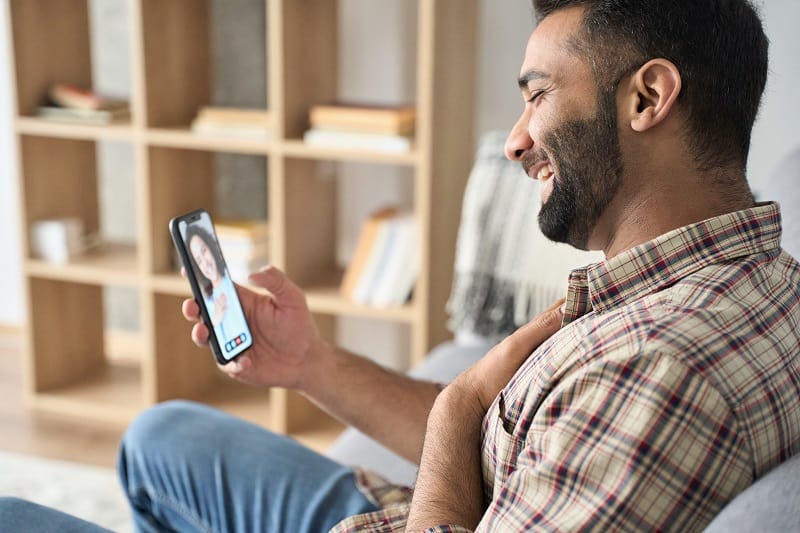 And no, we don’t just mean physical attractiveness as it can only go so far, but how attractive you are as a partner overall. “I speak with a lot of people who were in long-distance relationships and the person who initiated the breakup claimed that the distance was the reason for the breakup,” says Wilson. But he assures us that it’s simply not true.

“The distance wasn’t a problem before if there were months or years of them traveling to see you. The distance didn’t change.” What happened is that the attraction fell, and it didn’t feel worth it to them anymore. So, you need to work on your attractiveness in all three areas – physically, intellectually, and emotionally.

Don’t Push Your Partner To Move Faster or Say More 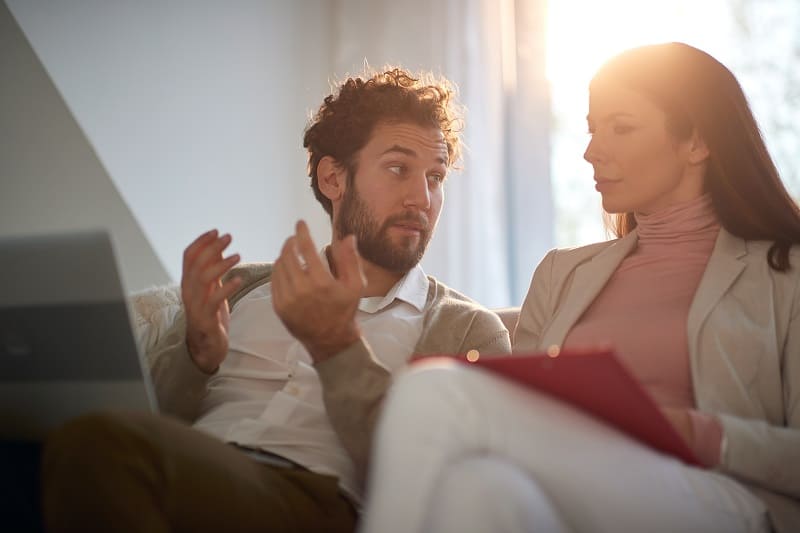 Wilson explains it’s important for the relationship to move forward slowly if your partner is moving slower than you. It’s also vital that you don’t push them to speed up, or else you’ll likely invite another breakup. Wilson recommends focusing on lighter conversations, fun, laughter, and on sharing the facts and feelings of your life without pushing them to go through the motions or say the words that you want. Sometimes it just takes more time. 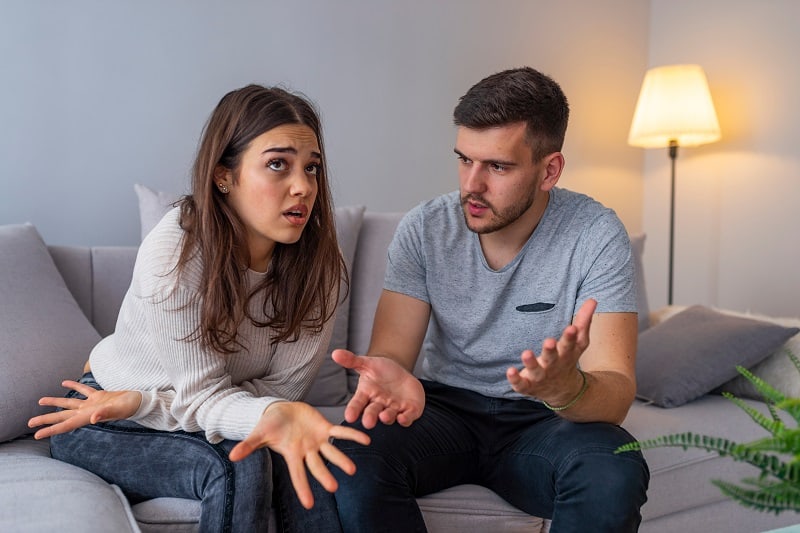 “Yes, it hurt, and you feel betrayed or confused but refrain from trying to punish them for it or from attempting to explain how badly it hurt you unless they ask,” says Wilson. Instead, he suggests focusing on the future and on the relationship, while letting go of the past as much as possible if you want to be with this person permanently.

Although it’s understandable that you want your partner to know how badly they hurt you, nothing productive will come out of it. By getting back with an ex, you agree to forgive them, and your actions need to reflect this. Remember, they love you enough to want to try again and that’s all that matters. 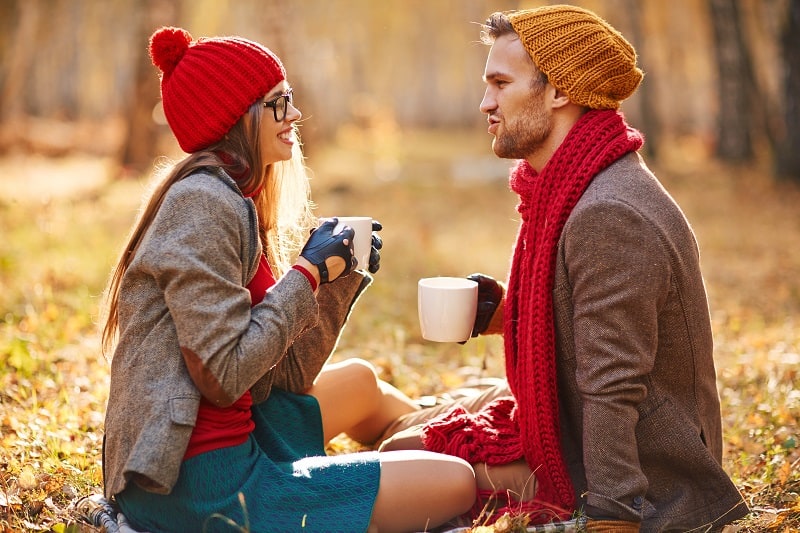 Wilson explains that it’s normal to be concerned that you could lose this person again but be disciplined in terms of knowing when to give space and take small breaks. This is especially true immediately following a reunion if it was the other person who broke up with you.

“You can’t make up for the lost time by spending every waking second together and you can actually cause harm to the relationship and push them away,” says Wilson. Take things day by day. You need to let go of the fear of losing them and enjoy the present where you have them. 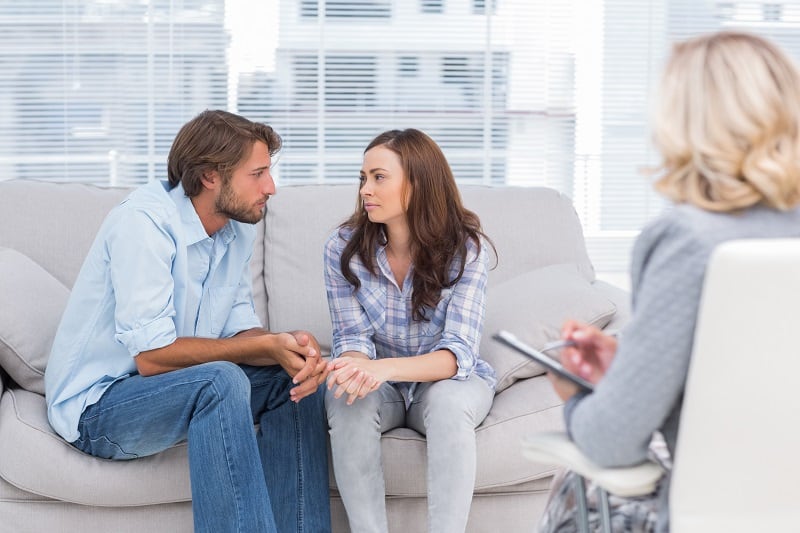 Don’t be afraid to ask for help. Many couples view going to therapy as a weakness, when, in fact, it takes real strength to admit you have things to work on. Wilson advises trying couples counseling in order to learn how to improve your relationship, however, make sure before ever going to that first session that the counselor has the same goal as the two of you and that is to preserve and strengthen the relationship.

“Some counselors don’t have that mindset and will suggest splitting if things are difficult,” he says. “Find one who believes that improving as individuals and as a couple is the way forward so that you are on the same page from the first day.”

Don’t Discuss the Relationship With Your Friends 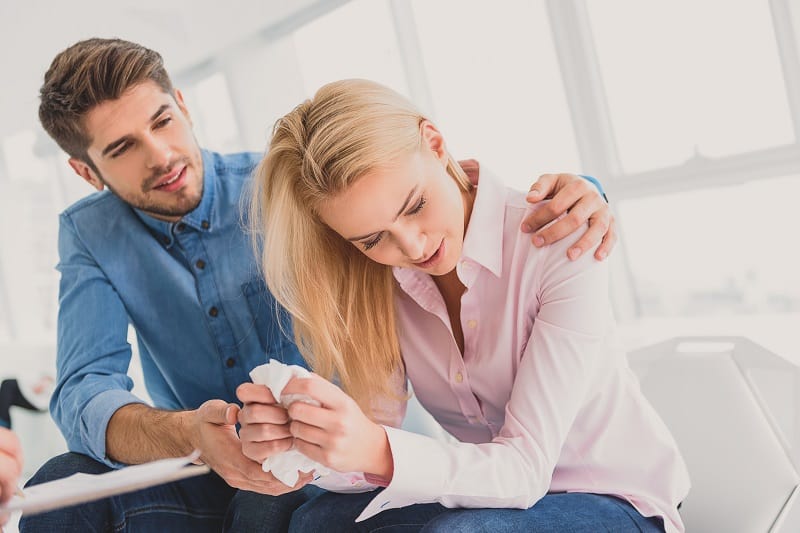 It’s pretty common to discuss the breakup and circumstances surrounding it with close friends while the two of you are broken up (and even bad-mouth them once or twice – whoops), but now that you’re back together that needs to stop. He suggests speaking with a professional, parent, or minister but not with friends.

What you’re both going through is personal and should stay between the two of you. “I wish I had not seen how treating a relationship like a community project led to its destruction, but I have, and I can tell you that your partner might feel betrayed and that his or her privacy had been violated if you air your problems to your friends,” says Wilson.

Think about it the other way round; would you like it if your partner was telling all of their friends about you? Probably not. No man wants to be the talk of a girls’ night out, it’s hardly ever for a good reason. (And I can vouch for this).

Don’t Get Out of Balance in Terms of Falling Into a Worshipper vs. Worshiped Dynamic 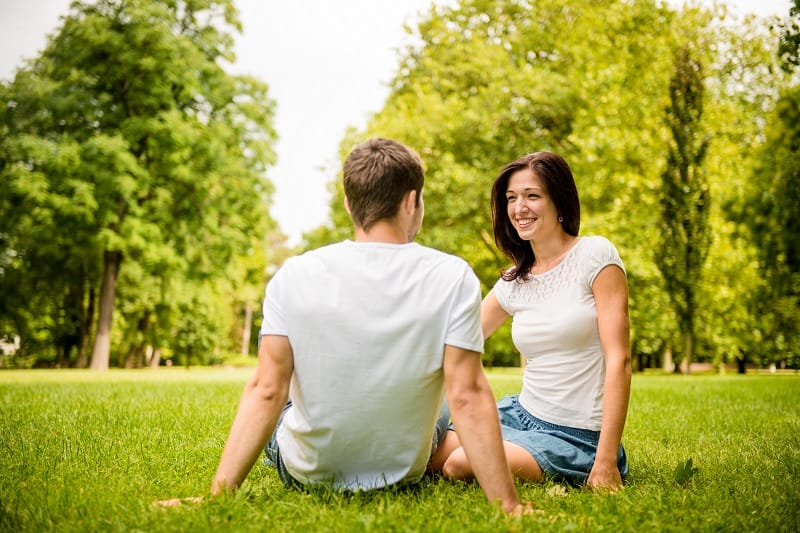 Wilson insists that your relationship should be 50/50. You don’t want to get less out of a relationship than you’re giving and vice versa. Keeping the relationship in balance at all times can be tricky, especially if one of you is having a bad day and the other has to step up temporarily and take more responsibility, but you should aim for it to be equal the majority of the time.

If only one of you is constantly showing the other physical interest, paying compliments, doing acts of service, etc., your relationship likely won’t last, unless you’re both putting in the same effort. Both of you should show interest in each other, make each other feel wanted, and say nice things out loud – like everything you wished you had told them before your time apart. “If it’s one-sided, it’s only a matter of time before the other person no longer wants to be the worshipper,” he says.

Ensure That Your Expectations for the Future Are Compatible 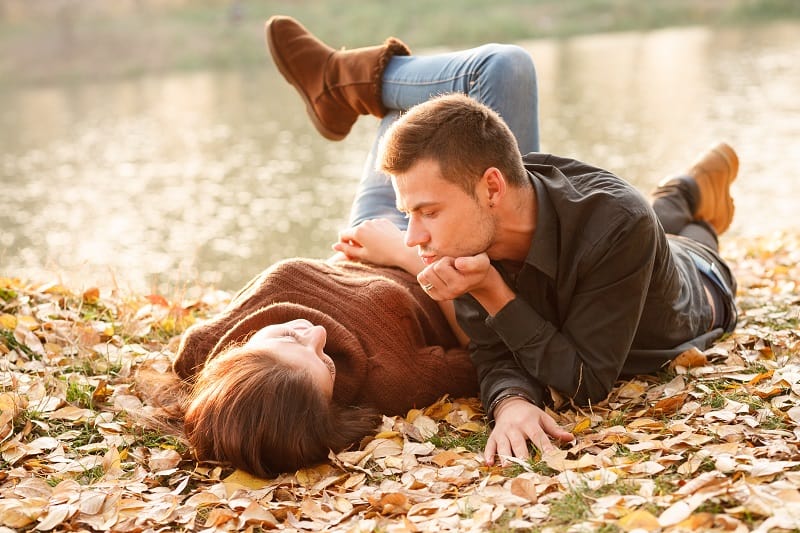 You don’t have to have your entire future together figured out as this will put unnecessary pressure on your relationship, but there are some questions you should ask each other to check you’re heading in the right direction.

Questions such as where do they see themselves settling down? Do they want a family? And if so, do they want to be a full-time parent or continue to work? “Make sure that there is an understanding there. That doesn’t mean that there can’t be compromise, but the conversation needs to happen once there is a sense of normal and stability following the breakup,” says Wilson.

Once you feel like a team again, these questions will be answered from a different viewpoint, one that is open to compromise in order to stay together. Without this time to just enjoy being back together and getting more of an idea of what a future could be like with each other, negotiating will be pretty much off the table. So, give the conversation time to naturally arise, and if you’re serious about each other, it’ll come up without any force at all.