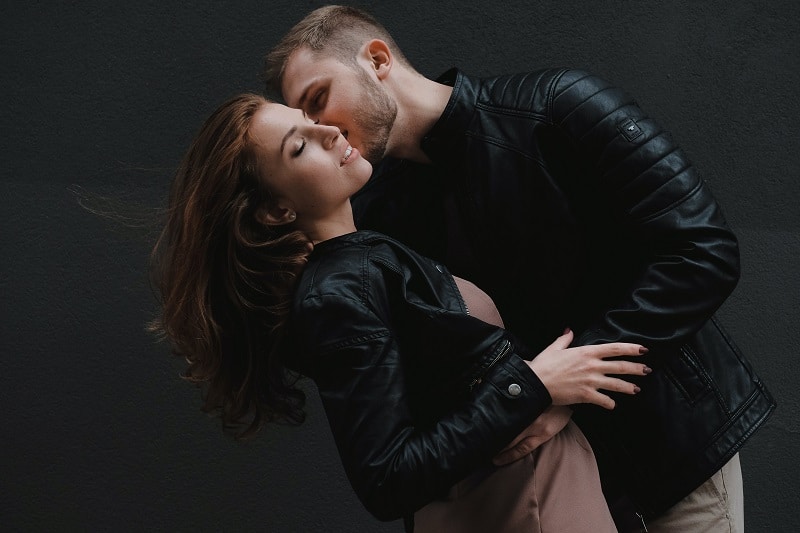 Nice Guy Syndrome 101 – What You Can Do About It

The idea of a “nice guy” has changed over the years, from a phrase summarizing what every woman wants to a syndrome to what every man should avoid being. Some men even call it the recipe for consistently getting friend zoned. While there are some distinct differences in perception, but one thing is clear in the 21st century – you do not want to fall into the “Nice Guy Syndrome.”

The truth is, women today do not want a good or nice guy in the general sense of the word – they want a great guy. 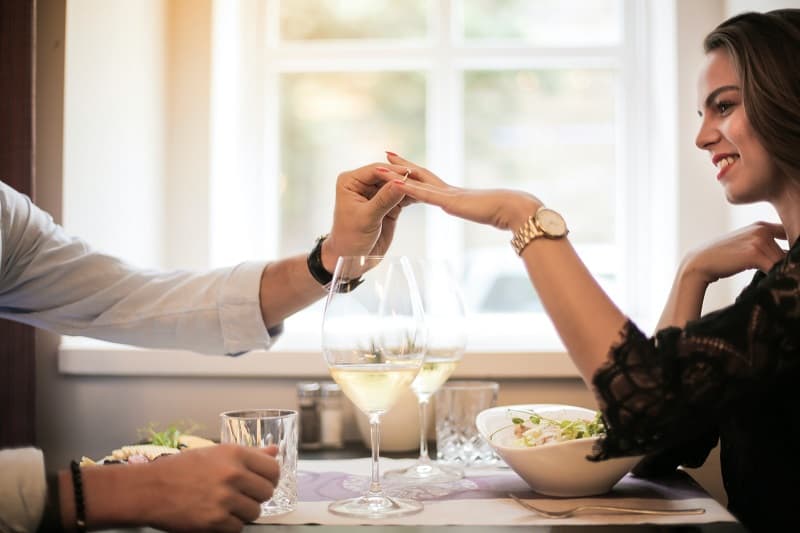 Women want a man who will take the lead and show them rather than having to exercise power over the situation. They do not like being involved in games, and too often they believe games are being played when the man is leading them to nowhere. The guy often does not know what he wants or what he wants to do, meaning he is plan-less and clueless, so will do whatever she wishes to do, making the situation worse.

Women can see a nice guy coming when he agrees and goes along with just about everything she says and wants to do. One result of the Nice Guy Syndrome is once he is involved with a woman, he gives up control of his own life to accommodate hers.

This is not an issue of the guy not having any self-respect, but more of being willing to compromise his own values and beliefs to be with the woman he wants. Thinking that being a nice guy is the right way to be, his hopes to continue being in a relationship are based on being agreeable and not doing anything to offend her. For the woman, this is the same as being b-o-r-i-n-g.

Once a woman realizes she is dating a member of the Nice Guy Syndrome fraternity, she has to evaluate exactly what she is going to do. On the one hand, she may feel insulted, since members of the fraternity are willing to take what they can get rather than having enough personal identity to not settle for just any woman.

On the other hand, the nicer the guy is, the more she realizes she has him by the cahones. This allows her to have complete freedom and control over the relationship, no matter how short the duration.

The nice guy will do anything they can to get the woman to fall in love with them, thinking that by providing emotional intimacy the woman is obligated to reciprocate with physical intimacy. Not getting what he believes he is entitled to results in him trying even harder to make his sense of entitlement become a reality.

Depending on the guy, she may be able to string him along for a very long time unless he comes across another woman who begins to show the slightest amount of interest in him. Remember that this attitude by the woman is far from manipulative, but only a natural response to a guy who is filling her usual emotional need for attention.

The hard, cold truth is that a woman does not owe a guy anything for being nice to her. Most women who are dating nice guys usually have multiple interests or a “Plan B” so if he moves on she already has a backup plan.

Now, this leads to the real problem with the situation between a nice guy and a woman. There is no difference between being with a nice guy and being with one of their girlfriends. The problems with that for the man are evident. The attitude of the woman towards the guy is full understandable. 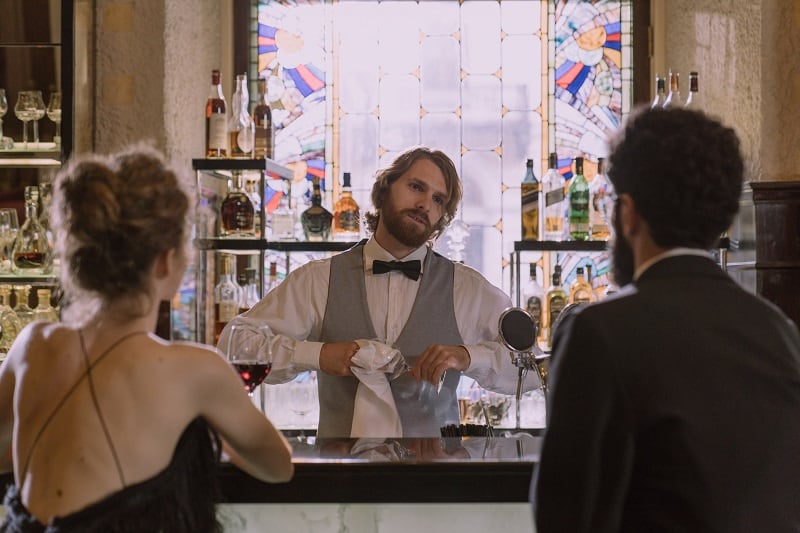 The real problem for the nice guy is that he believes too much that their mother or another influential female figure has told them about women and dating. Women are to be partners in life and expect the man to be interesting and have a clear idea of what they want in life.

Women know that the man they want can find enough dates, so she will have to state her case as to why she is the best choice. All men have flaws, but those flaws are overlooked if the man is confident and impressive, despite not being the most attractive or wealthiest man they know. Doormats are not welcome.

One of the more common features of the Nice Guy Syndrome is that they are poor at accepting rejection. The statistics are the world consists of 51 percent females and 49 percent males. The numbers themselves show there are plenty of available choices for a man if he is rejected 20 times.

There are more than a few stories about married men whose wives have said to them that nobody else would have them. So the married guy goes out, finds someone who does want him, and divorces her, leaving her whining about how terrible the guy is. One woman’s rejection does not mean a lifetime of loneliness.

A connecting feature of the Nice Guy Syndrome is the inability for the guy to say “no.” Clearly and distinctively. Saying “no” does not mean you are unkind or not nice – it means you are standing your ground and making it clear there is a difference between being nice and being a doormat.

Standing your ground may result in an argument, but it will also produce some level of an adrenaline rush. Not every argument has to end badly and to say “no” is one of the best ways to communicating that being nice has its boundaries. 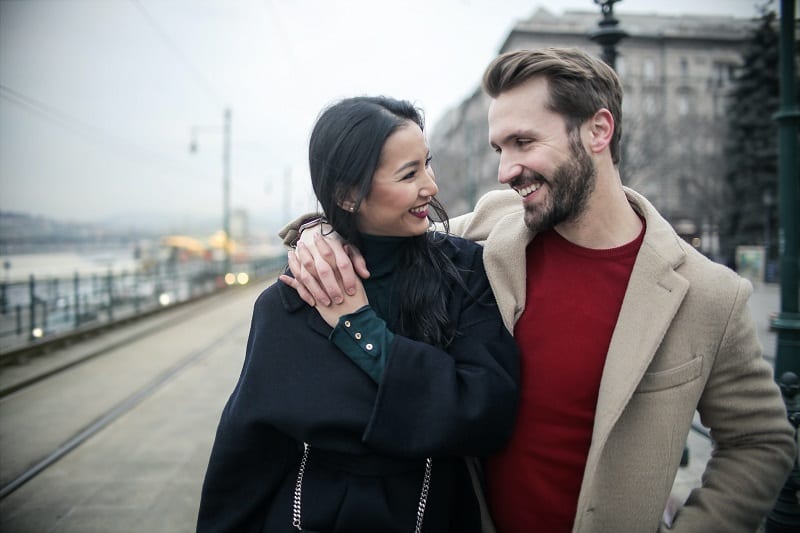 There are fundamental qualities that can be seen in successful partnerships. For those guys who are a member of the Nice Guy Syndrome fraternity, thinking about these qualities will be very helpful for you to find the light at the end of the tunnel.

Being confident – Rejecting a woman because you realize she is trying to or has taken control of your life is one of the fastest ways to build your confidence level. If you are single and looking, and she is available but just wants to be friends, move on and tell her that you have enough friends. Politely.

Being direct – Why waste time playing the “he said-she said” game? Communicate clearly what you want and what you expect, and if the gaps are too wide to build bridges across, move on.

Being happy – You should never expect the other person to make you happy – only more comfortable. If neither of you is bringing their supply of happiness into the relationship, the writing for disaster is on the wall.

4. Ingredients For A Disaster 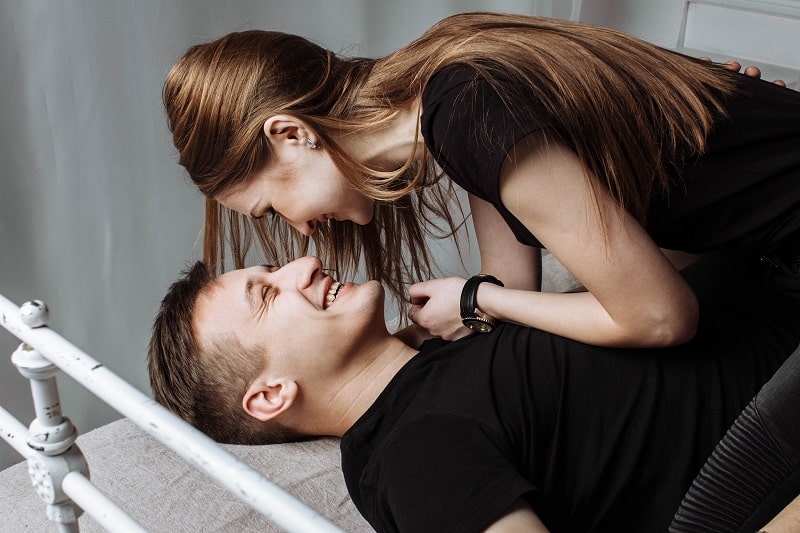 Now that you know what women are looking for, you should be aware of what they are not looking for. An unwillingness to make the first move or ask for what you want – Notice the common word here is “unwillingness.” It’s a reflection of being romantically timid or shy, and the last thing a woman wants is to have to drag out of a man who or what he wants.

Feeling insecure – All men are anxious about some things, so it is a matter of discovering and working on what you are insecure about – and why. It’s especially true when it comes to men and beautiful women. When interviewed, many beautiful are readily available, if only the guy would just be assertive and confident enough to approach them. The idea of women being out of a man’s league is a variation of insecurity.

Acting desperate – Men who are desperate are more likely to belong to the Nice Guy Syndrome fraternity. The saying, “desperate people do desperate things,” is as true in relationships as it is anywhere else. Your desperation to have someone will lead to acting desperate to have or hold on to one woman at all costs. Desperate people often are found changing their minds about things related to the relationship, resulting in the foundation for a lot of game playing.

Acting inconsistent – Women want a man who is consistent, regardless of how much adjustment it takes to make a go of it. Saying or showing you want her, but not; that you are interested, but not; or that your have long term plans together, but not, are all ways to alienate her from the situation. Take the lead and demonstrate that you say what you mean and mean what you say. If she will not follow your lead, it is time to move on to a woman who is more stable and knows what she wants.

See more about - How To Travel Alone and Meet Women