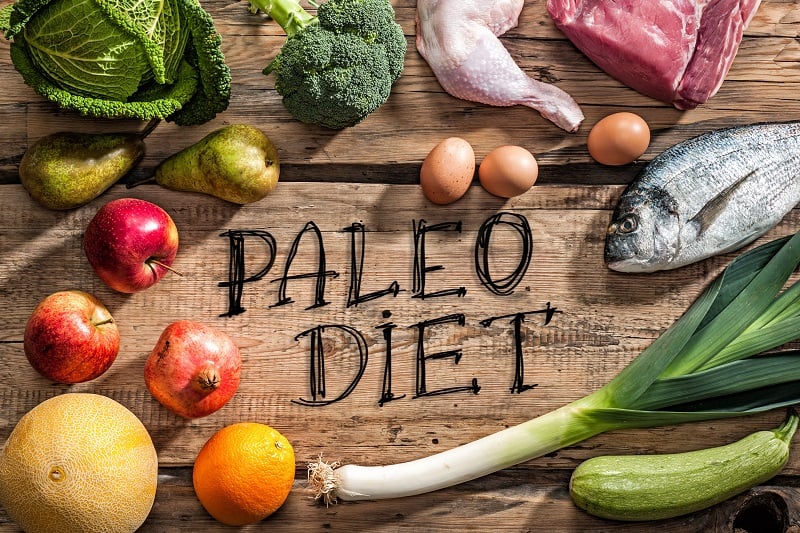 Everything You Need To Know About the Paleo Diet

The paleo diet, also known as the caveman diet, has arisen out of our 21st-century concern that our modern health issues (think chronic diseases, obesity, heart conditions, and cancer, just to name a few) could be linked to our modern foods. The solution? Get back to our caveman ways by eating the foods our hunter-gather ancestors ate when they didn’t always have a stash of Oreos in their pantries.

But what really is the paleo diet? And can it actually solve our modern health concerns? To give us some expert advice, we’ve chatted with Dr. Bill Cole, D.C., and Functional Medicine Expert, who is one of the leading experts in the cellular health revolution, focusing on energy, longevity, and more. We’ve also linked up with Dr. Mindy Pelz, bestselling author, speaker, and fasting expert, to get her insight on this ancient diet.

What Is the Paleo Diet? 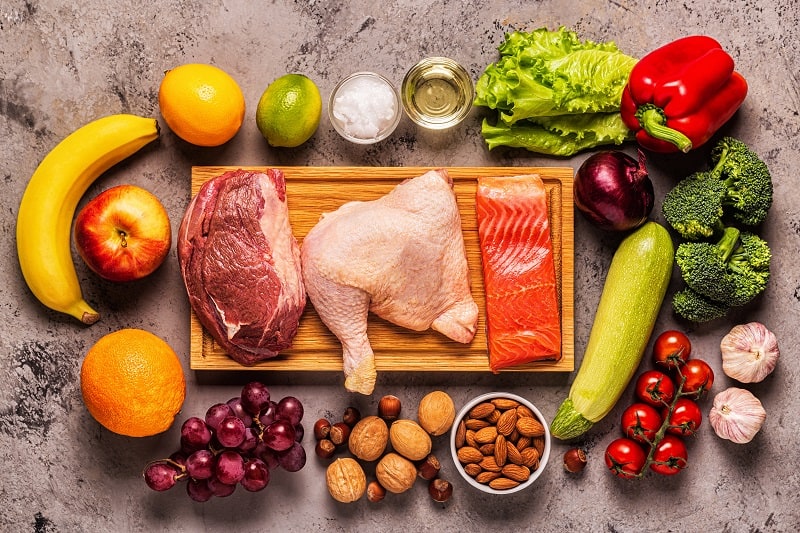 Like we’ve briefly mentioned, the paleo diet (short for Paleolithic) is a dietary plan that focuses on consuming foods our ancient ancestors ate before farming was introduced, explains Dr. Cole. As hunters and gatherers living off the land, their diet consisted primarily of lean meats, fish, fruits, vegetables, nuts, seeds, as well as certain minimally processed oils, he says. If you didn’t see some of your favorite food groups up there (we’re talking carbs and cheese), Dr. Cole explains that’s because foods such as grains, legumes, and dairy were only introduced with the advent of farming.

So why would we willingly give up our favorite foods and go way, way back to the basics? The theory, according to Dr. Cole, is that we’re genetically mismatched to the modern diet. Remember, “the paleo diet was developed to help people mimic what our caveman ancestors would have eaten,” says Dr. Pelz. “This makes the diet rich in meats, plants, and void of any refined flours and/or sugars.”

According to Dr. Cole, the reasoning behind the theory suggests that the rapid advent of farming into society and its introduction of foods such as dairy, legumes, and grains simply outpaced early man’s genetic ability to adapt to them. Evolution, after all, isn’t an overnight process. This mismatch has contributed to the development of modern diseases that run rampant in society, such as obesity, heart disease, and cancer.

See more about - Is Keto Or Paleo Right For You?

Foods You Can and Cannot Eat on the Paleo Diet 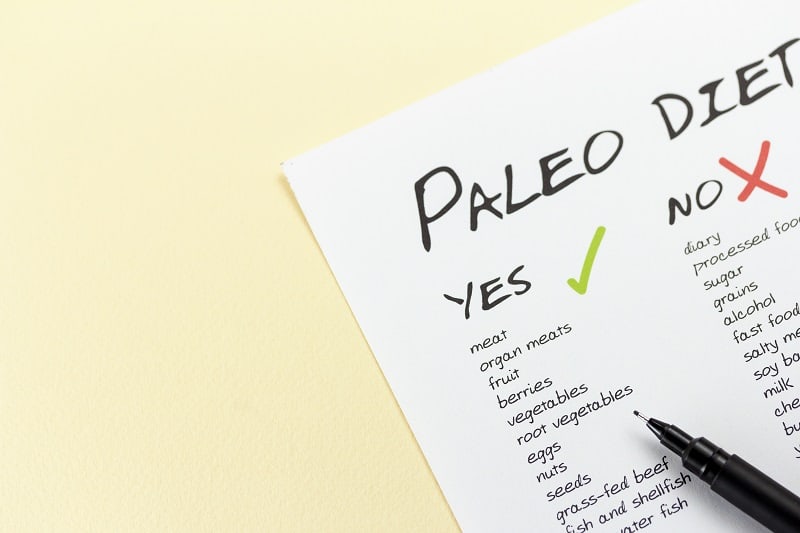 All “diets” come with a set of rules – that’s why they’re called a diet. And the paleo diet isn’t different. We’ve already mentioned that the paleo diet doesn’t include grains, legumes, or dairy and really minimizes processed foods and sugar. But, in case you were curious, here’s a closer look at what you can and can’t eat on the paleo diet.

What You Can Eat

If you need help with this one, simply think about what foods weren’t accessible to the early Paleolithic humans. That means cereal grains like crackers, rice, bread, pasta, legumes like beans, peanuts, lentils, tofu, refined sugar, processed foods, and sweetened beverages (even beer – sorry!). If it wasn’t found in a caveman’s cave or could be hunted down nearby, it’s strictly off-limits.

What Are the Benefits of the Paleo Diet?

Sure, the theory points at our genetics not aligning with the foods we’re regularly consuming in the modern world. But what tangible benefits can you actually experience from embarking on the caveman diet? (Hint, insane survival skills are not one of the answers).

According to Dr. Pelz, some benefits of the paleo diet “include more nutrient-packed foods that will help regulate blood sugar, lower inflammation, improve muscle growth, support collagen production for bone health, and give amino acid fuel to the brain so it functions at its best.” Though there are many benefits to the paleo diet, below you’ll find the top three.

Lower inflammation is one of the biggest benefits of the paleo diet for Dr. Pelz, and Dr. Cole agrees. “It’s well established that the overconsumption of highly processed more modern foods that are high in sugar (carbohydrates) and denatured fats is a major driver of inflammation in the body,” he explains. “Research shows that nearly all disease begins in the body with damage and inflammation at the cellular level. The paleo diet reverses this by focusing away from the more inflammatory foods to those natural foods that have been shown to create an anti-inflammatory response in the body.” So next time you’re filling your plate with paleo-approved berries, veggies, nuts, and seeds, know that your plate is packing a powerful anti-inflammatory punch with lots of antioxidants that help the body fight free radicals.

For those wanting to lose weight with a diet that doesn’t make them want to tear their hair out (not to be dramatic), then the paleo diet is a great option. “Obesity is no doubt a modern health epidemic that grows worse each year,” says Dr. Cole. “The paleo diet that eliminates the concentrated calories from today’s grain-based diet has been shown to be highly effective in eliminating excess fat stores and in particular the more dangerous accumulation of belly fat.”

We know you might not have guessed this to be one of the top three benefits, but improved glucose sensitivity response truly is one of the best benefits associated with the paleo diet. According to Dr. Cole, Metabolic Syndrome – characterized by excess weight, elevated blood pressure, cholesterol, and (you guessed it) blood sugar – is a full-blown epidemic in today’s western societies. Cardiovascular disease, known as the number one killer globally, is intimately related to the development of this syndrome, says Dr. Cole.

“Research is showing that these conditions begin in the body as mentioned earlier with inflammation at the cell level,” he explains. “One of the effects of inflammation at the cells is that the inflammation damages cell receptors to hormones such as insulin.” When these receptors cause damage, describes Dr. Cole, it affects the body’s insulin resistance and causes blood glucose levels to rise (a precursor to diabetes).

So, where does the paleo diet come into play? Well, Dr. Cole explains that the paleo diet’s ability to create an anti-inflammatory environment within the body has been clinically shown to re-sensitize cells to their hormones, which can reduce and even reverse conditions like diabetes.

Top Tips and Tricks for Newbies on the Paleo Diet 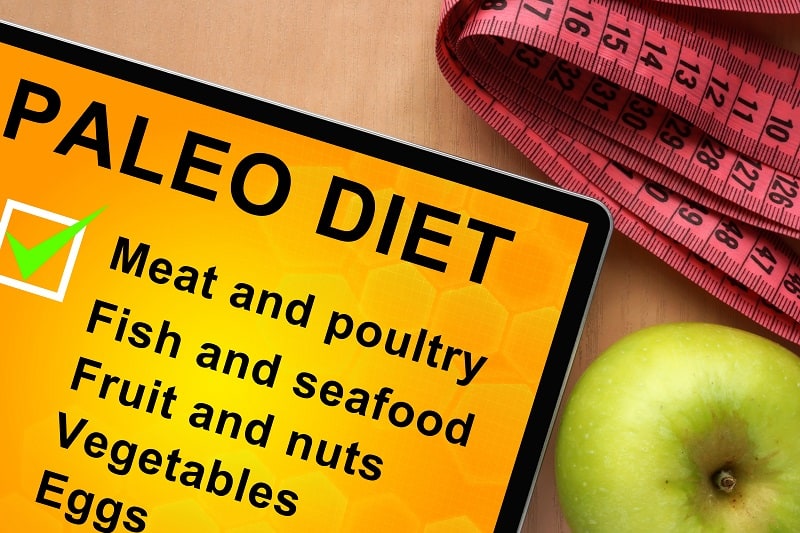 While eating the modern paleo diet doesn’t come with nearly as many leaps and hurdles as it once did (like fighting sabretooth tigers for your share of dinner). But, like anything new, it can take some getting used to.

“While modern-day dieting can feel oppressive and overwhelming, one of the major advantages of the paleo approach is that it’s not based on strict calorie counting like many diets,” says Dr. Cole. “There’s really no emphasis on weighing foods or counting the macronutrients of proteins, fats, and carbohydrates either which can be daunting to many. It’s really a quality vs quantity approach.” And, when you put it that way, the diet really doesn’t sound at all like a scary diet.

The paleo diet is all about embracing those ancient, naturally nutrient-rich whole foods that you actually know and recognize. For Dr. Cole, the trick to have a fulfilling experience with the paleo diet and making sure it feels less like a diet and more like a lifestyle is to fill your body with those nutrient-rich foods when you’re hungry and eat until you’re satisfied. The key is to be aware of what we are consuming. Which makes sense since our ancestors probably wouldn’t have risked their lives eating foods they didn’t know were safe.

You don’t need to jump headfirst into the paleo diet and throw away all you have in your fridge. Most of the time, it’s best to start slow and work your way up. “Start by increasing your good fat, advises Dr. Pelz, “such as raw nuts and seeds, olives, avocados, as well as increasing your animal protein. Once you’ve accomplished those two steps, take out the refined flours and sugars.”

“Complicated recipes aren’t necessary,” assures Dr. Cole. Especially in the beginning when you’re still getting used to the diet. He says it’s incredibly helpful to keep it simple and stick to the basics. Easy meal planning? Sign us up.

Dr. Cole’s final tip? Avoid boxed and packaged foods. Shopping on the grocery store’s perimeter, where most of the whole foods are, is a great place to start (and stay) on your diet journey. 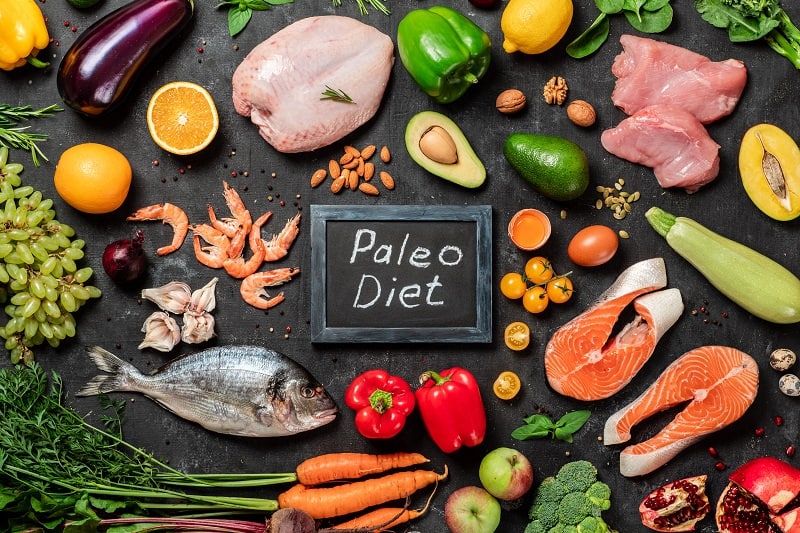 See more about - 8 Keys To A Healthy Diet