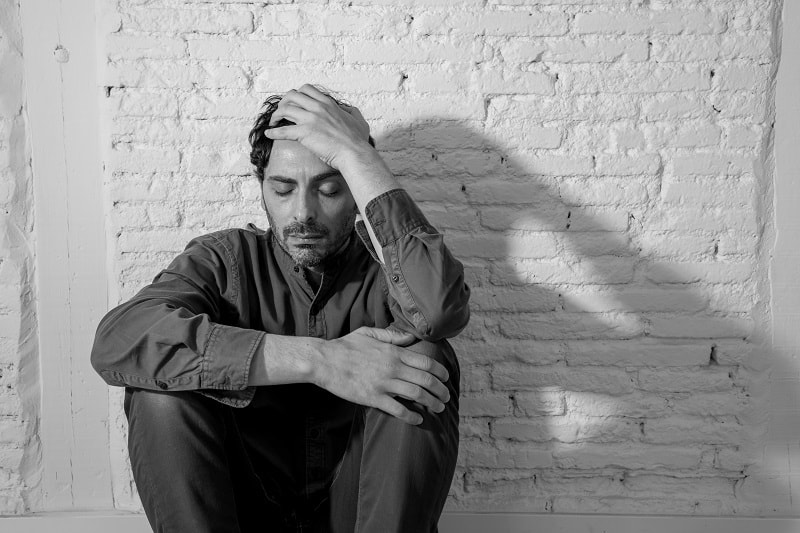 The Signs and Symptoms of Depression

Depression, also called major depressive disorder or clinical depression, is a common mood disorder most frequently associated with feelings of sadness and loss of interest. But depression is much more complicated than feeling unhappy or uninterested. Especially when life is filled with constant highs and lows, bouts of sadness are bound to happen. But, as we said, clinical depression is much more than feeling sad. It has other symptoms that can vary in severity.

Some may experience such obvious symptoms of depression that it’s apparent to those around them that something is wrong. Others may just feel unhappy or different and not completely understand why. There is no right or wrong way to experience depression, but it’s undoubtedly beneficial to know the signs and symptoms in case you or a loved one is experiencing it.

To help guide us through the top 10 signs and symptoms of depression, we’ve connected with Dr. Ryan Drzewiecki, PsyD, LP, and Director of Clinical Operations and Programs at All Points North Lodge to help explain and provide some gentle navigation.

10 Signs and Symptoms of Depression 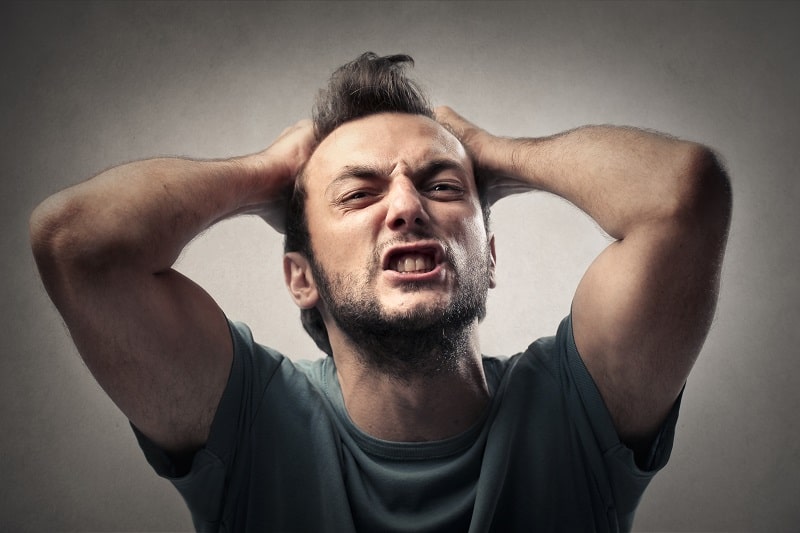 “You won’t find anger listed as one of the primary symptoms of depression in the DSM-5, but this is a key symptom of depression in specific individuals,” says Dr. Drzewiecki. “Men tend to be prone to manifest their depression in anger.” This anger can serve as a mask for the deeper sense of helplessness and sadness that most people associate with depression.

Think back to a time where you lost your temper over something only to realize it’s not actually anger that you feel. If you regularly experience this or find yourself unable to figure out where the anger is coming from, Dr. Drzewiecki suggests trying out anger management as their approaches can uncover underlying symptoms associated with depression. 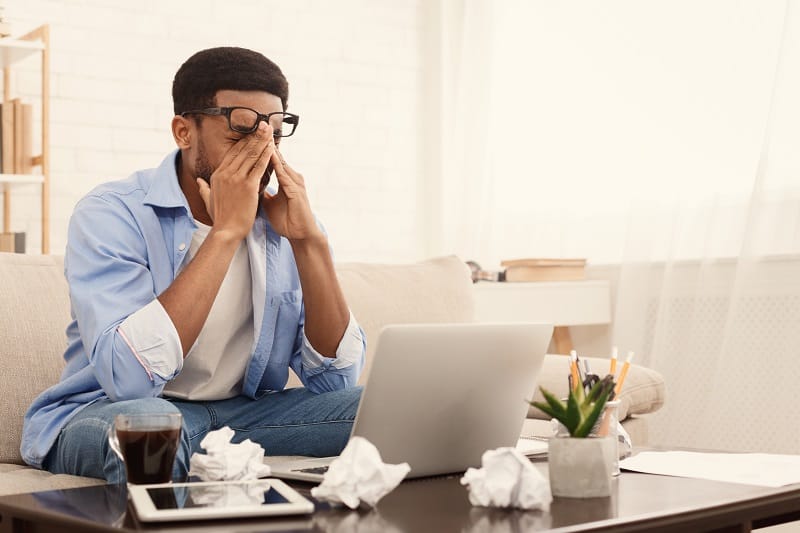 Symptoms related to attention and concentration are most commonly associated with attention-deficit issues, but depression (and anxiety) can lead to huge issues with concentration. We all have difficulty concentrating sometimes, but often because we’re reliving good memories or counting down to something exciting that we’d rather be doing.

But “people who are depressed tend to focus a lot of energy on thinking about the things that are upsetting and distracting them, which detracts from their ability to switch their attention to other things,” says Dr. Drzewiecki. It can be tiring and exhausting to be depressed, and this makes it challenging to pay attention and be mindful and present. 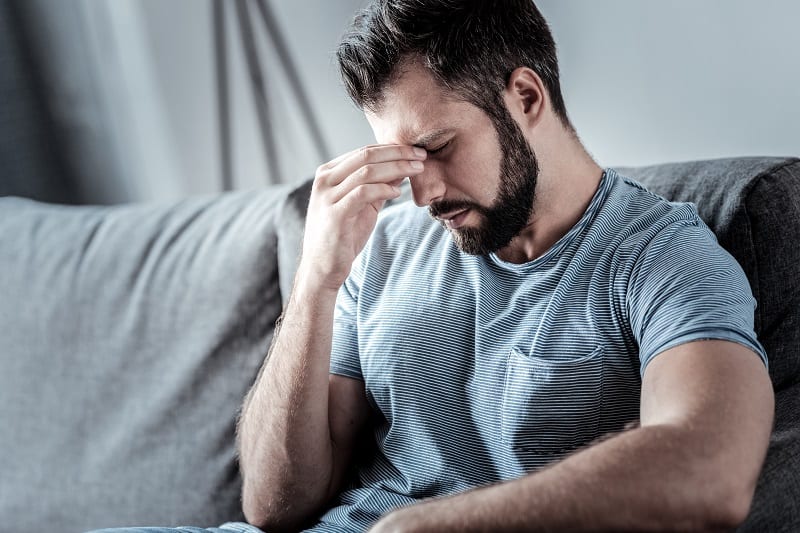 Depression is overwhelming and exhausting, which can take a physical toll on the body as well as the mind. “For many people, the first signs of depression are significant fatigue and remarkable lack of energy,” says Dr. Drzewiecki.

“Muscle tension and soreness can also play into depression.” If you find yourself having little or no energy, or recognize that you have very low passion and enthusiasm for certain areas of life that you once did before, he says it’s worth discussing things with a mental health professional to better understand the role of mood in these symptoms. 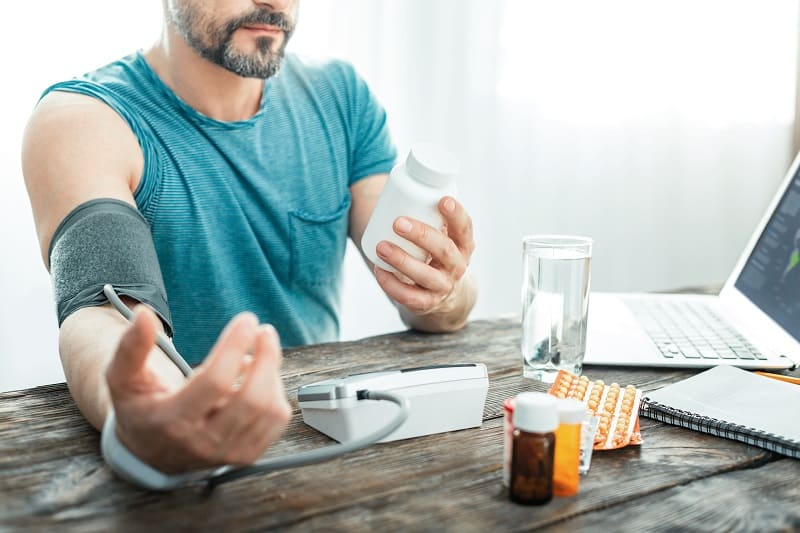 Mental health struggles are often patched over with the very temporary solution of self-medication. “We all have a tendency to self-medicate when things aren’t going so well,” says Dr. Drzewiecki. “Alcohol, drugs, and other addictions can often be a person’s conscious or subconscious efforts to self-regulate and self-soothe.”

If you notice that your use patterns have recently changed in association with your mood, this may be a clear indication that it’s worth professionally finding out what’s going on and what you’re feeling, advises Dr. Drzewiecki. He also flags that primarily using alcohol or drugs in order to feel better – or that you feel you need a drink to unwind and relax – is a definite warning sign and should be discussed with a mental health professional. 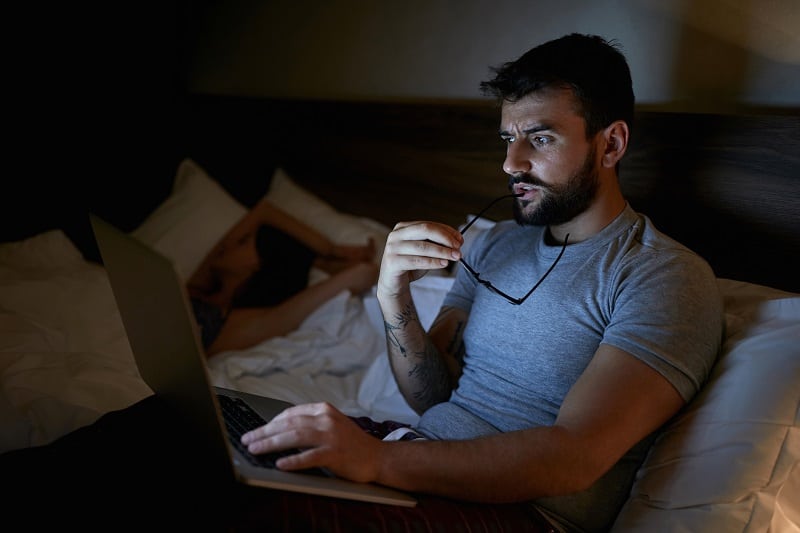 This might not be a sign you were expecting to see on our list, but the truth is that workaholism can manifest as a symptom of depression in older adults. “This is definitely not a standard symptom associated with depression, but from clinical experience, many people who find themselves absorbed in work are on some level distracting from underlying issues with mood and emotion regulation,” reveals Dr. Drzewiecki. “If you find yourself engaged and lively at work and lethargic and disinterested outside of work, it is a clear warning sign that your commitment to work may be covering something up.”

See more about - Is Impulsive Behavior A Disorder?

6. Changes in Weight and Eating Habits

Everyone’s relationship with food is different, and so is the way that one copes with food during hard times. “Depression can manifest as a lack of interest in food or a marked change in appetite. Conversely, it can also be associated with overeating and increased appetite,” says Dr. Drzewiecki. It just depends on the individual.

“Changes in weight – either gains, losses, or significant fluctuations – can be subtle warning signs associated with depression. Some people turn to food when they’re feeling depressed to self-soothe and comfort their emotions, while others tend to lose interest and become disengaged.” Dr. Drzewiecki notes that either extreme is a noteworthy pattern and warrants attention. 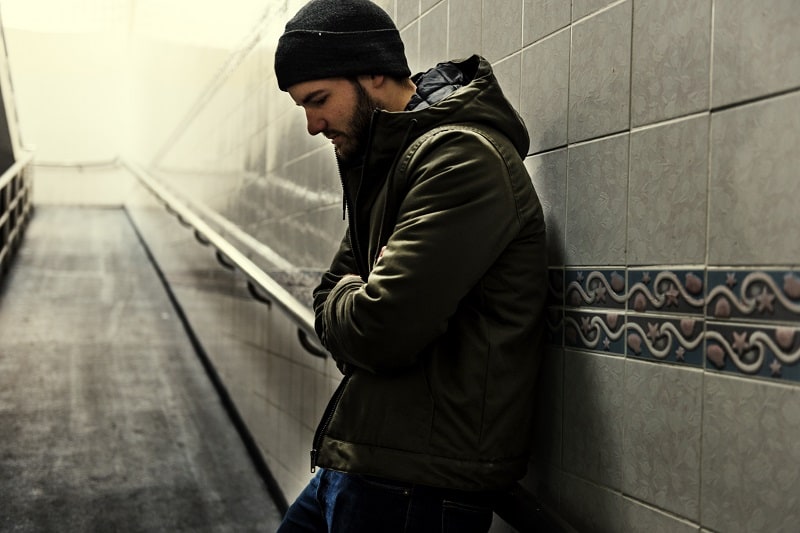 Our associations and perceptions of self can largely affect our mental health. This is especially the case with shame and its association with depression. “Shame can be very closely associated with depression,” explains Dr. Drzewiecki. But it should be noted that shame is not the same as feelings of guilt or regret. The difference between shame and guilt is subtle but critically important. According to Dr. Drzewiecki, guilt refers to a feeling that one has done something bad, while shame is the experience that one is themselves bad.

“People who struggle with shame often associate every negative experience with the idea that they’re a bad person, that they’re fundamentally flawed, that there is something incredibly wrong with them, or that there is some part of them that everyone else can see is intolerable,” says Dr. Drzewiecki. “Depression and shame are so closely linked because this pattern of sinking into self-reflective misery whenever something bad happens paves the way for long-term mood and emotion-related issues.” Feelings of shame can lead to extremely low self-esteem and unending negative thoughts that continue the cycle of depression. 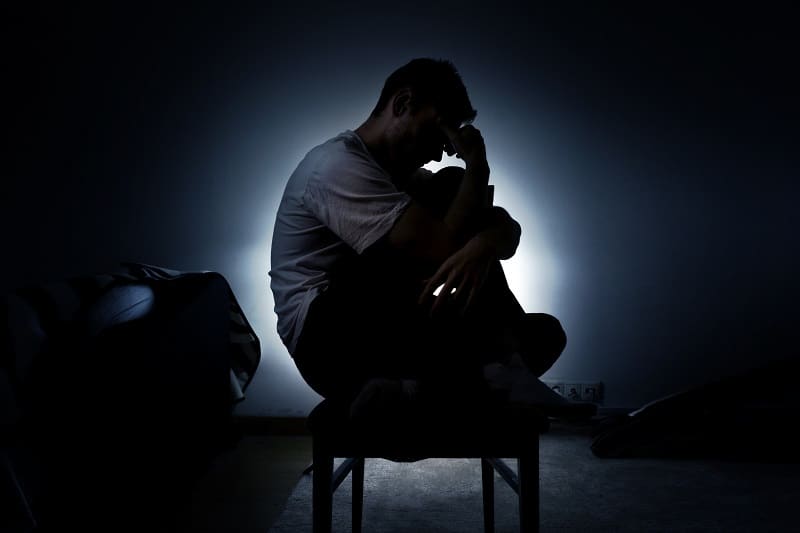 Some of the mental and emotional effects of depressive symptoms like having decreased interest or pleasure in things and feelings of shame or self-loathing manifests as another sign of depression: isolation. “People who feel depressed tend to feel bad about themselves, and for many people feeling poorly is a reason to isolate,” reveals Dr. Drzewiecki. And this can create a problematic cycle since isolation itself can also lead to depression, further complicating the relationship between the two, explains Dr. Drzewiecki.

“We are social beings and are wired to regulate our emotions through interactions with others; when we stop doing so successfully we are very prone to develop issues related to depression.” Despite the challenges that these feelings create, Dr. Drzewiecki believes it’s vital for people who are feeling depressed to fight the tendency to isolate and get out and connect to others (no matter how hard it is). “As unlikely as it seems in the moment, this is one of the best ways to manage mental health.” 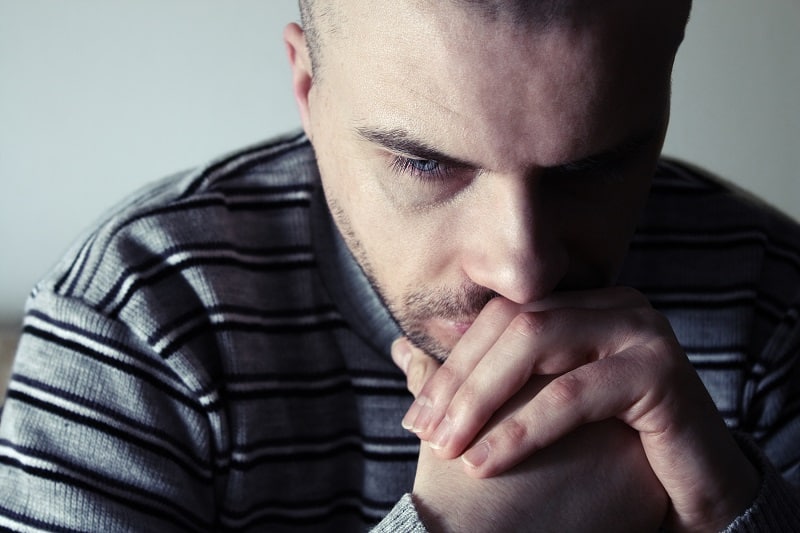 As constant thinkers, we have the tendency to believe that everything that goes on in our brains (every thought and feeling, for example) is true. Luckily, the liberating real truth is that thoughts aren’t always facts. But for those with depression, it’s not always that easy to shut off these bombarding ideas and perceptions. “People who are depressed often think in fatalistic, pessimistic, and exaggerated ways of thinking,” says Dr. Drzewiecki.

“They can engage in cognitive distortions, thought patterns that are inaccurate and over-exaggerated.” He advises that if you find yourself thinking in absolutes or catastrophizing, then it is worth checking in with a mental health professional. Other irrational thoughts like “everything is terrible right now,” “I’ll never be able to do it,” or “I can’t possibly handle this,” can also be warning signs of depression, according to Dr. Drzewiecki. 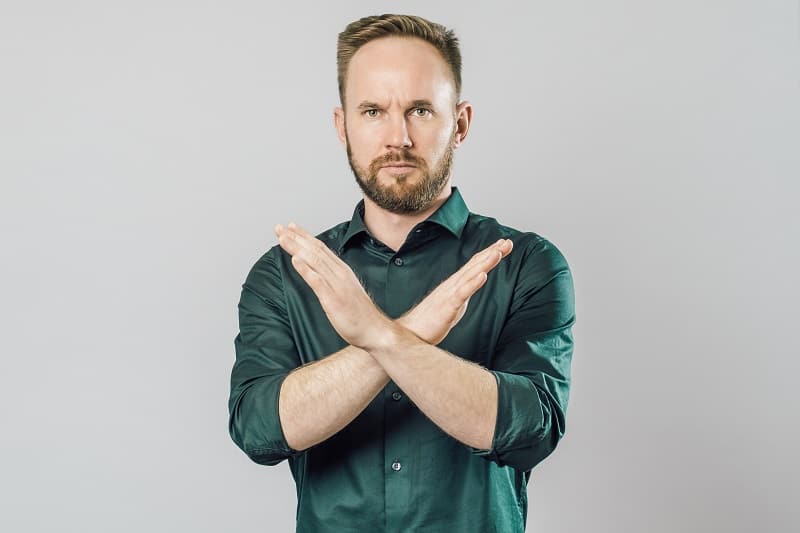 Sometimes the most complicated person to read is ourselves, especially when our mental health isn’t in a great state. Hence, the denial. “Denial itself is not often associated with depression; it is a defense mechanism which is more often talked about in association with other mental health issues,” explains Dr. Drzewiecki. But just because denial doesn’t always find its way to the top of the signs and symptoms list doesn’t mean it isn’t highly relevant.

Why someone is in denial about their depression can be for many reasons. Even though the importance of mental health is on the rise, there’s still a pervasive stigma around mental illness in most societies and cultures. Denial could be from this societal fear, or it could be an unconscious attempt to protect ourselves from other potential threats and feelings of pain.

“The point is that depression doesn’t always feel like depression, and people in the midst of a depressive episode are often the last to recognize it,” says Dr. Drzewiecki. The best we can do is to stay open and willing to be honest with ourselves and others.

“Listen to your family, friends, and acquaintances. If they’re noticing that you seem depressed, stay open to it even if you’re having trouble seeing it. We are usually the last person in the room to perceive ourselves accurately. If your friends and family are worried about you, do yourself a favor and find a mental health professional to talk to.”

See more about - At What Age Do Men Reach Their Peak?