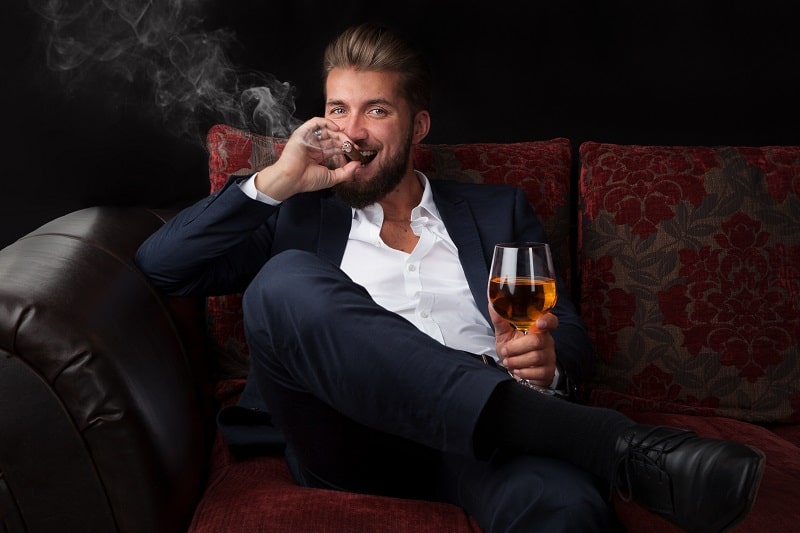 The Rise of the Ubersexual Man: Everything You Need To Know

The “ubersexual male” is likely a buzz phrase you’ve heard floating around, and if you haven’t, feel free to pull up a chair and join us for this quick masterclass.

The ubersexual male has become the ideal figure that men around the world are aspiring to be, combining the best qualities of traditional manly men with the elegant personality of a well-cultured man. Still unsure of what that even means? Don’t worry, we’ll go into more detail later on. But first, let’s get into some history.

The Rise of Ubersexual 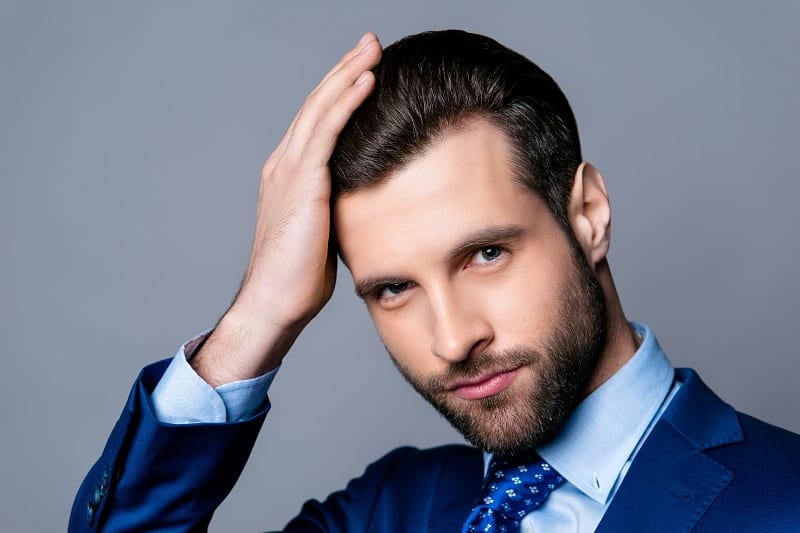 Coined “word of the year” in 2003, the metrosexual man swept center stage with his self-care routines and rigorous health regimens. But as of late, the ubersexual male is replacing the metrosexual male aesthetic of the early 2000s and onwards, bringing back the traditional male ideals.

Both ubersexual and metrosexual are terms coined and popularized by marketing and advertising executive Marian Salzman, who details the terms (alongside two co-authors) in her book The Future of Men. The authors chose “uber” as the term’s descriptor because of its connotations for being the best. They said that “in our view, these men are the most attractive (not just physically), most dynamic, and most compelling men of their generations.” Ubersexuals go above and beyond what’s expected in order to live a fulfilling, extravagant life. They’re essentially the real-life superheroes that we see in movies and comic books.

What Is a Ubersexual Man?

A ubersexual male (as defined by Urban Dictionary) is one that displays the traditional qualities we associate with heterosexual men, such as confidence and strength, which leaves little to no doubt about their sexual orientation. The ubersexual man – according to Salzman and her two co-authors Ira Matathia and Ann O’Reilly – is a resemblance of the men from yesteryear, exhibiting qualities such as strength, fairness, and confidence in themselves. 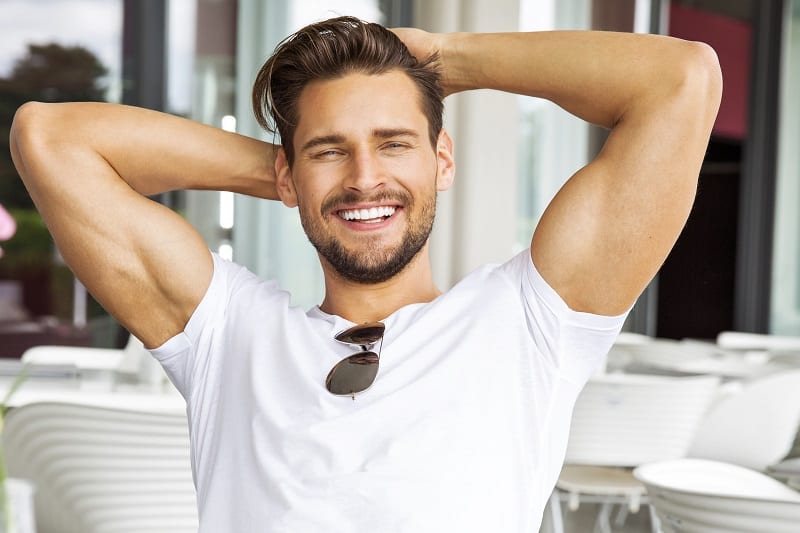 By this point, you may be wondering what exactly the difference is between a ubersexual man and a metrosexual man. Here are the main differences you need to know.

The metrosexual man is straight but exhibits some of those qualities society typically deems “feminine” or “homosexual,” such as sensitivity and attention to self-image. The metrosexual cares more about skin and hair care, while the ubersexual wants to expand his mind with some new literature or pump out innovative work proposals.

Ubersexuals are deemed more complex, mainly because they have a wider range of interests than the metrosexual. The ubersexual wants to be an informed, well-rounded connoisseur of life but not an annoying know-it-all that likes to play trivia at dinner parties. He wants to be the one who shows you the finest place in the city for a glass of vintage red or knows the best sustainable brands to shop for quality activewear.

Metrosexual men care a lot about appearances, whether it’s the cleanliness of their home to the latest skin treatment they’ve had done. For the ubersexual man, appearances aren’t as important because looks fade. He’s more interested in grooming his personality and character to be even better than it was the day before. The ubersexual man does (of course) care about health, fitness, and appearance, but he tends to take a more well-rounded approach. For the ubersexual, it’s all about living an extravagant (yet humble) lifestyle.

The authors of The Future of Men believe that the shift from the metrosexual male towards the ubersexual illustrates how the concept of masculinity is in flux – leaving many men confused about what it means to be a man, how they should act, how they should present themselves, and more. And this concept of widespread confusion and changing social dynamics doesn’t seem so bizarre to us. Traditional gender roles, after all, are quickly becoming a thing of the past, and these one-size-fits-all definitions for who a human should be no longer fit (if they ever did in the first place).

But if one thing’s for sure, it’s that the ubersexual male is kind of like a piece of prime real estate – rare and incredibly beautiful. Below, we’ve detailed some of the main characteristics of the ubersexual male, so you can see how you and those you know square up to it. If you don’t end up being one of the George Clooneys or Bonos of the world, don’t worry, you’re great just the way you are, just not a bona fide rock star.

See more about - 10 Essential Grooming Tips For The Modern Man

Traits of a Ubersexual Man 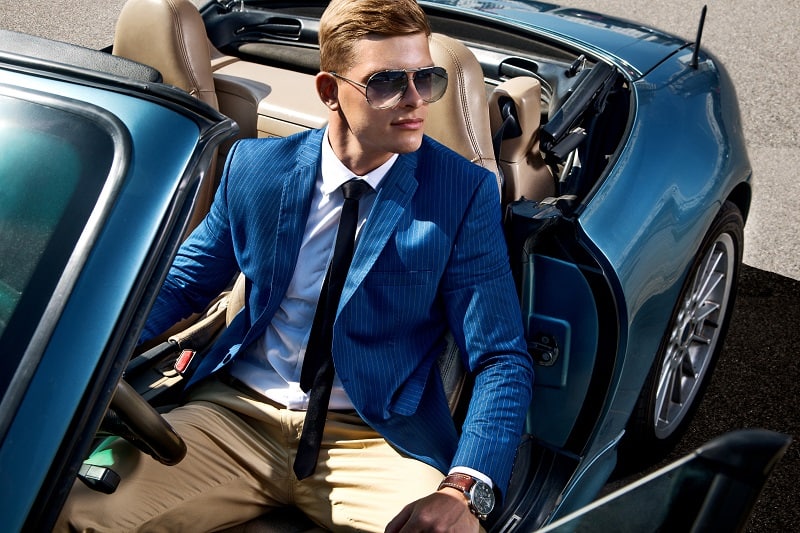 The ubersexual male is all about their guy friends and upholding the bro code. While the ubersexual has mad respect for the women in his life, he tends to go to his closest guy friends when he needs advice or a good laugh.

For the ubersexual man, confidence is an essential part of their DNA. They exude so much confidence and self-trust that you can practically smell it when they walk by. Ubersexuals are classically confident in themselves and the work that they do. They work hard to get where they want, and they have the confidence to help them get there. Even when applying for a position they might be underqualified for, a ubersexual man will walk into an interview with so much self-confidence it’s as if he’s done the job for years, so no surprises when he gets the job.

Masculinity is at the core of the ubersexual man. It’s one of the defining traits that so clearly distinguishes them from the metrosexual male. Ubersexual men exude masculine energy. There’s no doubt about whether they’re mature or grown-up – they’re sophisticated men, not little boys.

They’re Not as Concerned With Appearance

Compared to their metrosexual counterpart, the ubersexual man isn’t as concerned with image and self-care. While the ubersexual obviously doesn’t want to look completely disheveled (and likely does try on special occasions), he ultimately cares more about maintaining his charming personality than making sure his eyebrows are waxed. The authors of The Future of Men write, “compared with the metrosexual, the ubersexual is more into relationships than self. He dresses for himself more than for others (choosing a consistent personal style over fashion fads).”

They Uphold Their Values

Ubersexual males are like ancient Roman warriors who would do anything for their beloved city. Just flash forward two thousand years, and their beloved city is now code for family, work, and integrity. No matter what’s important to the ubersexual man – whether that’s being attentive to his family or always staying loyal – he holds what’s central to his life close to his heart and doesn’t let anything get in the way of what matters most.

They Have a Wide Array of Interests

Ubersexual men strive to live their best lives and often with no expense to cost. The ubersexual man is likely to be just as interested in humanitarian work (like George Clooney) as he is in luxury travel. In order to live his best life, the ubersexual wants to know and experience the best of the best. So, he’s likely your go-to guy for everything from resort recommendations and fine dining to the best exercises for growing bigger biceps.

The ubersexual male will always tell you how it is. He’s open and honest in his communication style (these are some of a ubersexual males’ values) because he doesn’t want anyone to be left in the dark. If he’s got something on his mind, he’s not afraid to say it in a way that’s kind but also confidently unwavering.

They Can Hold Their Own

The ubersexual men of today are echoes of their hardworking, never-quitting, fearless forefathers who really believed that they could do it all. Whether or not they can is up for debate, but what is undoubtedly true is that the ubersexual man feels his best when he’s independent and has the freedom to do what he wants.

That’s not to say he can’t be in a committed relationship – he can. But a love for independence is a quality that he won’t shake, no matter if he’s single or not. The ubersexual isn’t foaming at the mouth for attention, mostly because he loves himself so much that getting it from anywhere else or being needy isn’t even an afterthought.

While some of the qualities of the ubersexual man and talk of his resemblance to the men of yesteryear might make you question his character, you can rest easy as ubersexuals aren’t down with using their masculinity for trouble. They don’t give in to stereotypes and respect women just as much as they do their weekly poker night with the boys. The ubersexual man is well-cultured and knows how to treat all women (mothers, girlfriends, co-workers, etc.) with dignity and respect.

They Get What They Want

As if the ubersexual male didn’t already sound like hitting the DNA lottery, another quality of the ubersexual is that he gets what he wants out of life and will do anything to get it. In other words, they can make the impossible, possible. When talking about ambitions with a ubersexual male, nothing is out of reach. If you can dream it, you can achieve it. So, if you’re a fan of pep talks, a ubersexual male should be the first person on your speed dial.