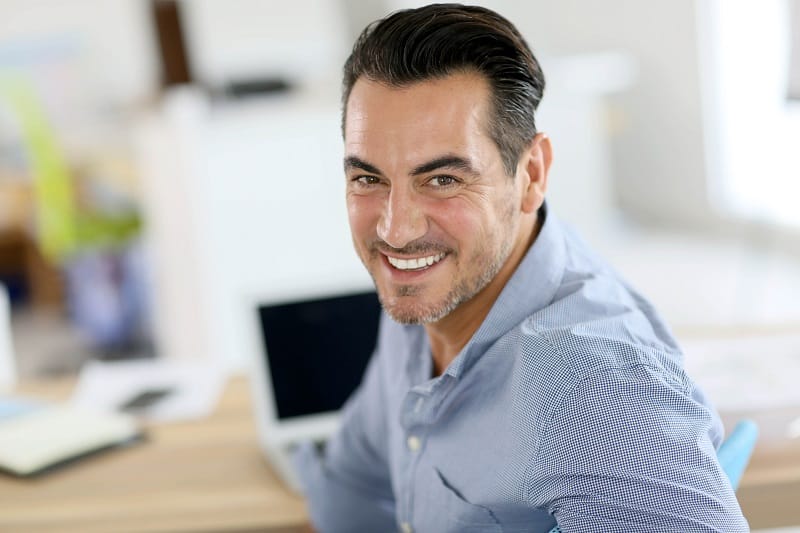 What Age Do Men Mature? The Realities of Becoming an Emotionally Stable Man

Have you ever wondered at what age men mature? Well, you wouldn’t be the first person to be asking this question. Yet, despite how popular this relevant question is, there has not been a well-known answer until recently.

Often men are stereotyped as being more immature than women, but how true is this statement? The media consistently depicts men as being afraid of commitment, acting like teenagers, and rejoicing in crude jokes and inappropriate language because of how immature they are.

Additionally, men are also commonly depicted in movies and series as displaying traits of narcissism, treating their friends better than their family, and seeing emotions as a weakness. This is especially true with young adults and men not yet in their 30s.

Although some men display these traits, not all men can be cast in this mold, and it can be understandably frustrating for them to consistently need to prove their maturity. If you have always wanted to know at what age men truly mature, you may want to continue reading to find out.

What Is Maturity and How Is It Developed? 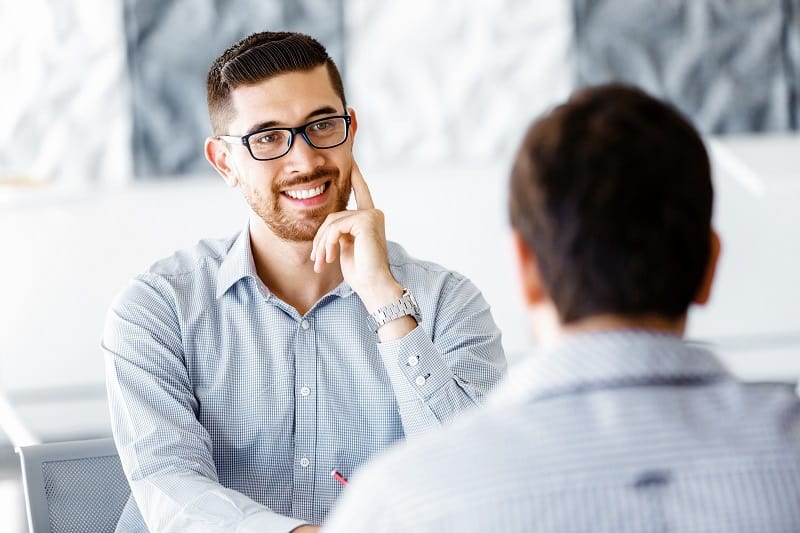 If you ask a hundred different people their definition of maturity, you will likely receive a different answer each time. In some instances, a person might tell you that a person is mature once they have reached adulthood or old age, while others will state that a person can mature quicker depending on their life experiences and circumstances.

Yet, others might define maturity as being connected with one’s emotions and personality traits such as graciousness, supportiveness, adaptability, patience, and respect. In truth, maturity is not only one of these things but all of them. This is because there are different maturity types, namely, physical, emotional, social, intellectual, and ethical.

Essentially, someone is usually deemed mature when they can respond to various situations in an age-appropriate manner. Additionally, when someone is deemed mature, they should have the ability to make their own decisions without the guidance of others.

A person develops the different types of maturity in several different ways, which is why it is difficult to quantifiably state when a man or a woman is mature. However, on a broad scale, maturity develops through interactions with other individuals or through actively reflecting on inappropriate or restrictive behaviors and changing them for the better.

At What Age Do Men Actually Mature? 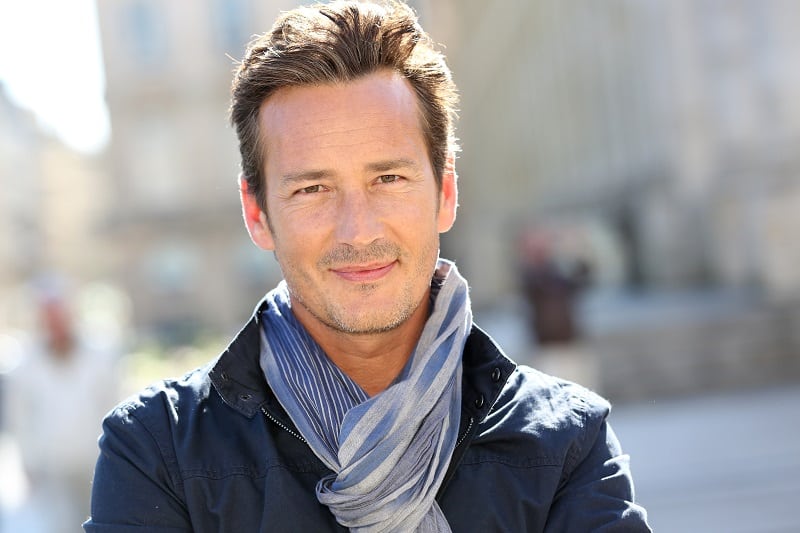 It’s time to answer the age-old burning question on our minds. That is, “what age do men actually mature?” According to a 2013 study commissioned by UK Nickelodeon, men, on average, don’t fully mature until they are 43 years old. This is 11 years later than the age women are thought to fully mature.

For some, this has counted as quantifiable proof that men mature later than women, yet others are not convinced. This is because although the study was insightful, it is the only one currently of its kind. It was also more of a social study into maturity and lacked any scientific research or evidence.

During the study, most men and women agreed that women mature faster than men. Additionally, most of the interviewed men who represented a variety of different age groups and social standings agreed that they are more immature compared to women.

Interestingly, most women who participated in the study admitted that they had to act as the adult in a relationship with a man and that they were the main decision-makers. Additionally, most of the women also admitted that they lose patience with immature men quickly and that, on average, they had to tell their partner to act his age 14 times a year. Yet, what is the true effect of a man displaying immaturity in a relationship? The study shed some light on this topic.

Approximately 46% of women in this study claimed that they felt they needed to act as their partner’s mother in certain instances throughout their relationship. Most of these women also found the biggest areas where a man lacks maturity to be with jokes in social situations, video games, and entertainment and with bad habits like driving faster than necessary.

See more about - What Age Do Men Stop Being Sexually Active?

The 10 Signs of an Emotionally Mature Man 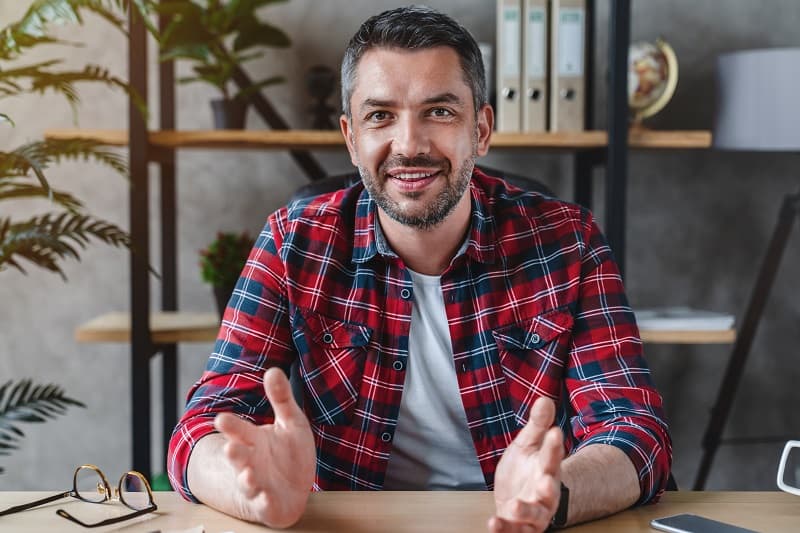 Now that you are aware that men are supposed to be fully mature by age 43, you must remember that not all men fit this mold. As we mentioned previously, some men will mature faster depending on several different reasons. An effective way to determine if a man is mature before the age of 43 is to look for a few key signs of maturity, which we have listed below.

A man who is not mature will constantly push people’s boundaries to assert dominance and try and get what he wants. On the other hand, a mature man will be the opposite of this. He will respect an individual’s boundaries and evaluate how they are feeling before pushing them into situations or decisions they are not ready for or are uncomfortable with.

2. He Can Effectively Communicate His Needs and Wants

With most men, effectively communicating needs and wants can be challenging to do. If a man struggles to communicate regarding what he needs in his life or what he wants to achieve, it’s likely he is not as mature as he could be. A mature man will have no issue having uncomfortable conversations regarding his needs and wants in various contexts.

3. He Surrounds Himself With Emotionally Mature Friends

Arguably, a man cannot be deemed mature if he surrounds himself with immature friends. The company, a man, keeps can tell you much about his character and how mature he really is. When a man is constantly immersed in an environment with individuals that are not challenging him to grow as a person, he will be more immature. Yet, when a man is surrounded by people who act their age, he is more likely to be mature.

4. He Faces His Fears Head On

If a man is immature, he is more likely to run from his fears or not stand up to what scares him. When a man is mature, he will face his fears head-on and not be afraid to ask for help dealing with what he is afraid of.

5. He Takes Full Responsibility for His Actions

A sure sign that a man is not as mature as he could be is when he cannot take full responsibility for his actions. He will also try to associate the blame with someone else and never admit that they are wrong. Mature men can realize when their actions or responses have led to problems in their life. They will be able to accept responsibility and learn from their mistakes.

6. He Is Supportive of Those He Cares About

In theory, a mature man is not going to be unsupportive of those he cares about. He won’t focus his time and energy on putting others down while making himself seem superior. Instead, a mature man will support the goals and ideals of those around him by never insulting others or making them feel less than worthy.

7. He Sees His Emotions as a Strength

Some men have been taught from a young age that accepting their emotions and embracing them is a weakness A mature man will be able to recognize what he is feeling and accept his emotions as a strength rather than a weakness regardless of what he has been taught.

Additionally, a mature man will be able to control his emotions as well as accept them. He shouldn’t participate in random outbursts and fits of rage. Instead, he will recognize the signs when his emotions are running high and take steps to negate negative outbursts.

8. He Isn’t Afraid Of Growing as a Person

Many immature men will refuse to grow as a person by ignoring or failing to recognize their faults. In contrast, a mature man can identify when his actions have caused harm and when he needs to address his faults to become a better person. Additionally, he will also want to grow as a person for himself and those in his life.

9. He Does What He Says He Will

Arguably, one of the biggest signs of immaturity is when a man doesn’t do what he says he will. Or when he doesn’t keep the promises he makes to those he cares for and those in his professional career. Not only is this an indicator of immaturity, but it is also often a sign of toxic masculinity. When a man is emotionally mature, he will do what he says and always keep his promises whenever possible.

10. He Isn’t Afraid To Apologize When He Is Wrong

Another common tell that a man is not as mature as he might be proclaiming to be is that he is afraid or is stubborn and refuses to apologize when he is wrong. If he cannot admit that he is wrong and apologize, he likely has a number of other immature personality traits. When a man can sincerely say sorry if he has made a mistake or admit his faults and aim to work on them, you will know he is mature. 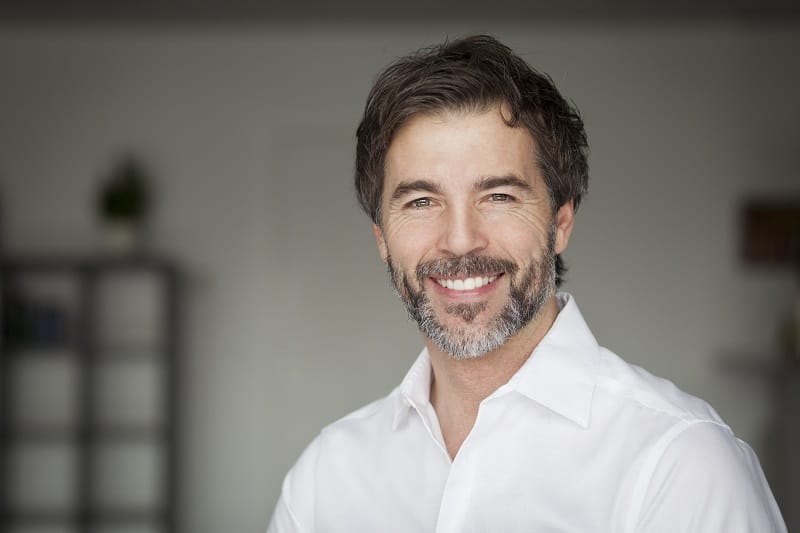 As you now know, most men are deemed mature once they reach the age of 43. Yet, you also know that the evidence proclaiming this to be the magical maturity age was not scientifically proven.

Additionally, it’s clear to surmise that a man can theoretically mature at any age because how quickly a man matures depends on multiple different reasons, as we discussed. Fortunately, some signs can shed light on when a man has matured. It’s likely that if a man displays some of the signs we spoke of, they are mature regardless of their age.

See more about - We Ask The Age Old Question: Does Size Matter?