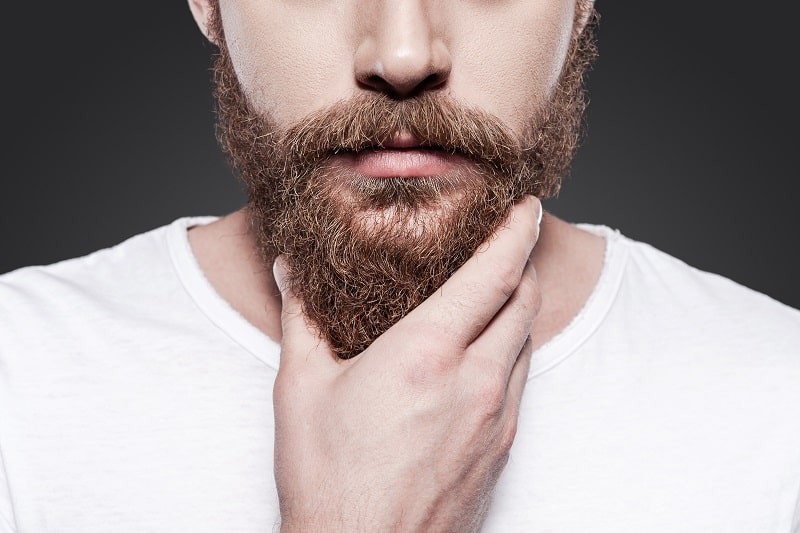 From interesting scientific studies in the lab to beards on the battlefield.. Truth be told, I come across great beard facts all the time. The problem is I find them all over the place..

Today, I decided to put them all together and share my complete collection with you. From bizarre beard facts you’ve probably never even heard of, to the world records you may know and much more. They are all here; take a look below.. 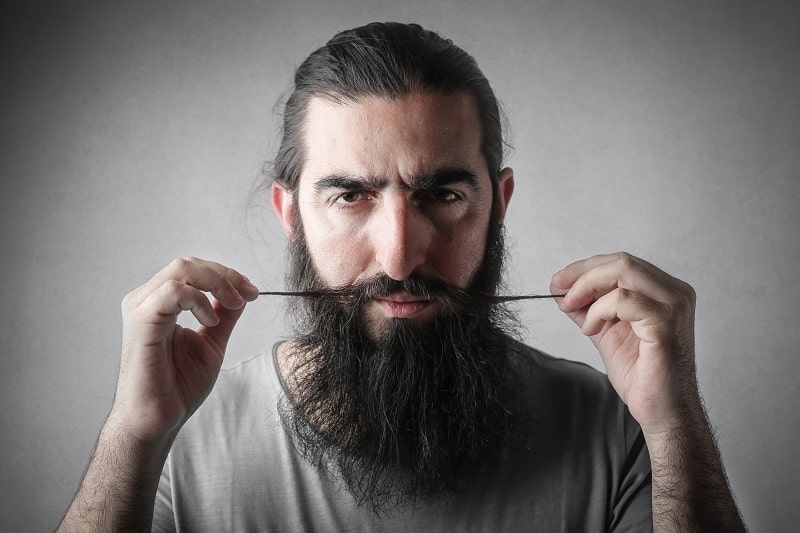 1. When it comes to record holders, what man has the longest beard in the world? The title belongs to Shamsher Singh of Punjab, India.

Back in 1997 his beard was officially measured from chin to tip and it came in at an astonishing 1.83 m (6 ft) To put this in perspective, the average male adult in the United States is 5 ft 10 in.

But the true title for the world’s longest, although no longer alive, belongs to Hans Langseth. His Norwegian beard was stretched to 5.33 m (17 ft 6 in) in 1927. The legendary beard made its way to Washington, DC to be stored at the Smithsonian Institution in 1967

3. If you were to put down the razor and stop shaving forever, how long would your beard be? 27.5 feet.

4. A man who shaves spends roughly 3,350 hours of his life in the bathroom.

5. There are around 30,000 whiskers encompassing your face.

6. 55% of men from the around world can be seen sporting a beard or facial hair.

7. Pogonophobia, aka fear of beards.

Should you oddly enough have this, you’ll expirence symptoms of nausea, feelings of dread, sweating and irregular heartbeat, among others. Who knew a soft, fuzzy beard could be a traumatic experience for some…

8. Beards were once taxed, it’s true.

Peter the Great encouraged cleanshaveness and for those who didn’t comply, he taxed them 100 rubles a year for a medallion. This medallion served as a license to wear a beard. Although the principal at hand wasn’t about merely money.. His inscription on the beard license read, “The beard is a useless burden.”

9. Many have believed beards to be emblems of wisdom.

If you look at Socrates, Hadrian, Marcus Aurelius and even Shakespeare, these philosophers can all be seen with them. A favorite quote of mine that comes to mind, “Lose your beard,” it was said, “and you lose your soul.”

10. You know how gold chains are popular today in hip hop?

Well, gold beards were all the rage back in ancient Egyptian times. Men would dye their beards and plate them gold to showcase their high-ranking position. Some wore false metal beards called “postiches” as sovereignty symbols. Even queens, kings and royal cows could be seen with them during special occasions like solar eclipses.

11. The government is always up to something..

Back in the early 60’s the CIA came up with a plan to put thallium salts into Fidel Castro’s shoes. Thallium salts are what women use a depilatory in case you aren’t’ familiar with them. By using them, the goal was to ruin Castro’s public image by making his beard fall out. Of course, the plot failed to take action and his shoes nor beard were ever tampered with.

12. BYU or Brigham Young University makes an exception in their dress code policy if you have a beard for a medical reason.

Should there be no medical reason, their policy states, “Men are expected to be clean-shaven; beards are not acceptable.” Oddly enough, you have to wonder about their Mormon leader Bingham Young.. Did he have a beard? The truth is, yes he did.

13. Just before the battle of Ardela, Alexender The Great called to his soldiers.

He had an understanding that beards were dangerous in hand-to-hand combat and made all of his men shave. Within time beards would grow back, only this time soldiers kept them to display their lack of fear in times of war. The weakness of being grabbed from behind was of no concern.

14. In 1535, Sir Thomas More was placed upon the guillotine and awaited his beheading.

Before it could begin he reached down for his lengthy beard, pulled it aside and spoke, “it had never committed any treason.”

15. In the past 25 years, there have been 5 scientific studies involving the attractiveness of beards.

In the Dixon and Vasey (2012) study women found men with beards to look older and appear to be of a higher social status. In the same study, men with beards had a more aggressive appearance when they were angry verse an angry clean-shaven man.

17. Beards are a disadvantage in battle and war as they can be grabbed easily, but there is more to it than meets the eye..

Consider the signal the beard sends to a enemy. It speaks for itself as to say, “Go ahead, grab it, it won’t help you.. I have already won.” There’s some interesting psychological research involving this but I’ll save it for another day; feel free to explore it later!

18. The University of Southern Queensland found that facial hair can block up to 95% of the sun’s harmful UV rays.

Which means beards can go a long way in protecting you from things like basal-cell carcinomas. (Cancer). Not to mention, also help prevent visible signs of ageing around your face, head and neck.

19. Want to stop acne in its tracks and have blemish-free skin?

A beard may help if you suffer from things like pollen or dust allergies. It some cases it can work like a filter to keep them from settling, must like the hair in your nose.

21. If you study beards professionally you are a “Pogonologist”. The study itself goes by “Pogonology”.

22. Rate of beard growth depends on your genetics, but it’s also linked to the hormone testosterone.

23. Your 21st birthday party is like the transition from boyhood to manhood back in Roman times.

A boy’s first shave was more than his transition into manhood, it was reason for some serious celebration. In gloomy times, such as disaster or death, beards were grown in sorrow. The opposite of what’s commonly seen today with men shaving before funerals.

24. Abraham Lincoln became the first U.S. president to sport a beard in 1860.

Yet this historical moment wouldn’t occur until a 11-year old girl named Grace Bedel first wrote to Lincoln. In her message she wrote, “You would look a great deal better, for your face is so thin.” And so he grew and grew. People certainly took notice, as did the tabloids.. Shortly after the Illustrated News of NY touted claims Lincoln had used Bellingham’s Stimulating Paste. Only it would later prove to be untrue as Bellinghams was merely an advertiser of the newspaper.

25. Most compliments men receive after growing a beard for the first time will be from other males.

26. Otto The Great swore by his beard when saying anything serious.

27. Beards make you 63% more likely to win a starting contest.

28. To add earnestness to any royal message, a king would attach three beard hairs to the wax seal.

29. How makes strokes does it take to shave your entire face?

Over a month your hair will grow 1 centimeter in length.

31. Beards grow faster in the daytime than the nighttime.

32. Facial hair was once prohibited in military.

34. During the Middle Ages, anyone who touched other man’s beard was considered offensive.

The act was grounds for a duel. The beard was a sign of a virility and honor.

35. Epictetus saw his beard as an integral part of his identity and held that he would rather be executed than submit to any force demanding he remove it.

36. The International Boxing Association prohibits amateur boxers from having beards.

37. The Cincinnati Reds banned beards only to later abolish the policy following the sale of the team in 1999 by Marge Schott.

During the enforced policy players were not allowed to have beards, long sideburns or even mustaches; all had to be completely clean shaven to play.

38. Biologists characterize beards as a secondary sexual characteristic as they are unique to one sex.

However beards do not play a primary role in reproduction.

40. Anglo-Saxons had beards until the advent of Christianity in the 7th century.

However when Christianity came around the clergy introduced a new law that required them to shave.

41. In the early 1600s, the painter Sir Anthony Vandyke began to paint aristocrats with pointed beards.

This style of beard soon was called the Vandyke.

42. A famous beard style thanks to Abraham Lincoln, is the chin curtain.

43. In the 16th century, men started experimenting with their beards and came up with trends such as the forked beard and even a style called the stiletto beard.

44. Dihydrotestosterone is the chemical that promotes both beards and balding among men.

Seasonal changes affect its level in the body, making for bushier summer beards.

45. It’s estimated that 33% of American males have facial hair.

46. More men have facial hair when the marriage market is booming.

When it’s on a decline and finding a wife is tougher, more men shave their stache. Scientists believe men shave to make women feel safer.

48. Surprisingly, the longest female beard ever recorded was measured at 30cm.

49. The only king without a moustache in a deck of cards is the king of hearts.

50. The average moustache will trap a pint and a half of beer ever single year.

The 10 Best Beard Grooming Kits for the Modern Man

Men’s Shaving Guide: How To Get The Perfect Shave