When we think of Band-Aids, it is often with a humorous mix of childhood scrapes and splashy cartoon brands we swapped with friends or begged off the school nurse.

It was only as we got older and suffered deeper, longer lasting wounds that the Band-Aid took on a more poignant symbolism. Today’s Band-Aid images are not only a wink to one’s childhood ups and downs, but a mark of surviving the adult world’s doubly formidable obstacles.

Band-Aid tattoos are a lighthearted but significant sign that you took whatever bullets life fired at you with the ease of patching up a wound with a Band-Aid. Maybe you had your heart broken beyond total repair, but lived through it and what’s more, to tell the tale with a tired survivor’s grin. Perhaps you endured a physical accident or trial and want to honor the wound by placing an eternal Band-Aid over it. Whatever your reasons, a Band-Aid tattoo is the perfect way to commemorate the time you weathered the storm and came out sporting a mere scratch.

Much like Band-Aids themselves, a Band-Aid tattoo can come in any color or style you prefer. Flesh tone, black and white, or featuring an array of popular cartoon characters and icons, your Band-Aid tattoo is how you wear your pain. Worn over the heart, on the arm, or on your shin, a Band-Aid tattoo tells the world that while you’ll never forget what temporarily slowed you down, it will only push you further, and faster, to the end goal. 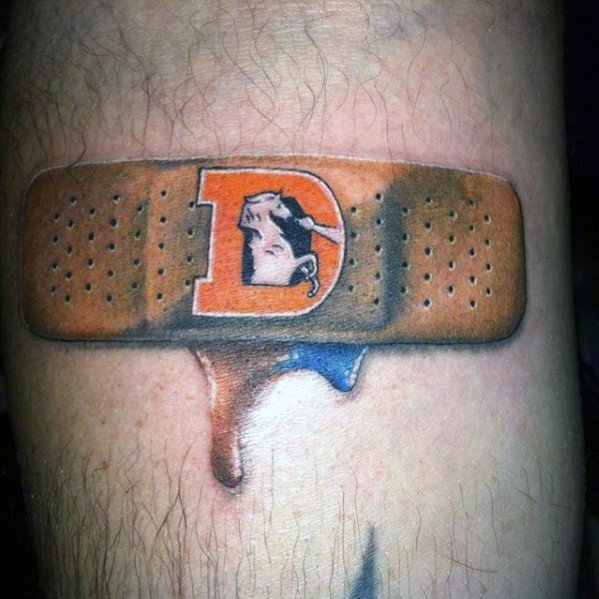 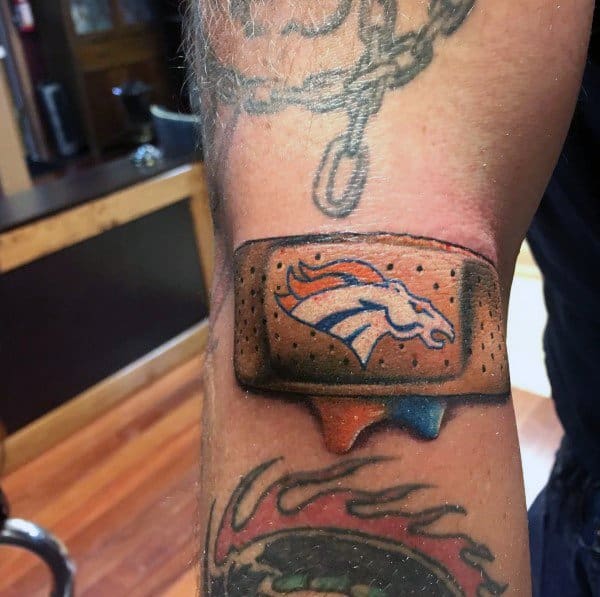 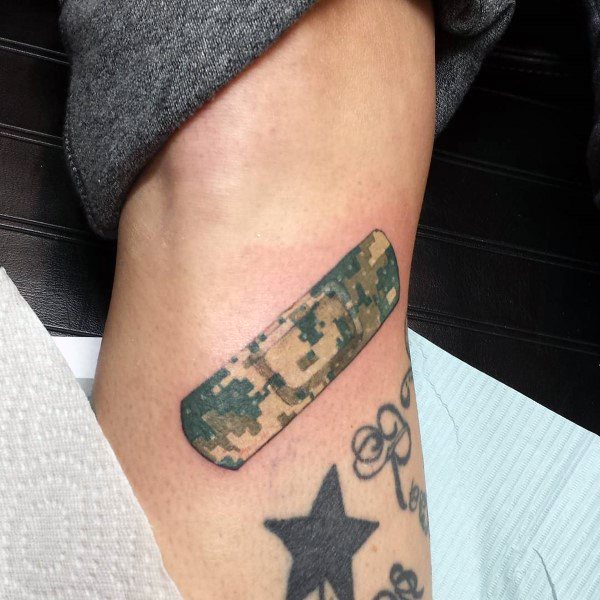 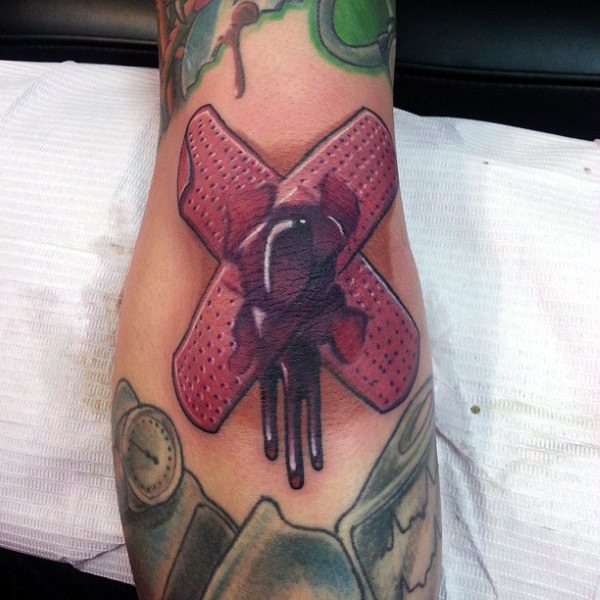 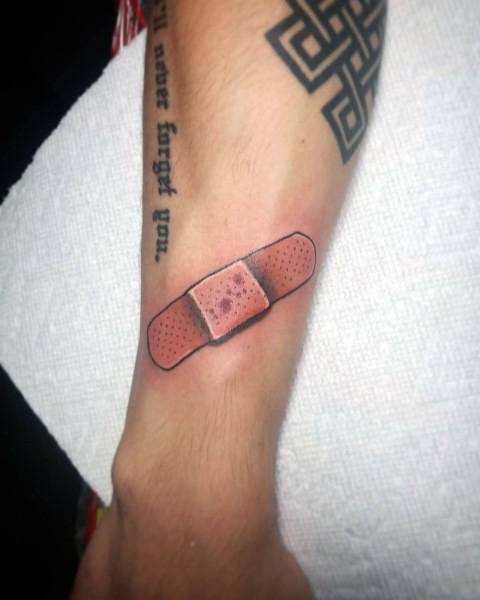 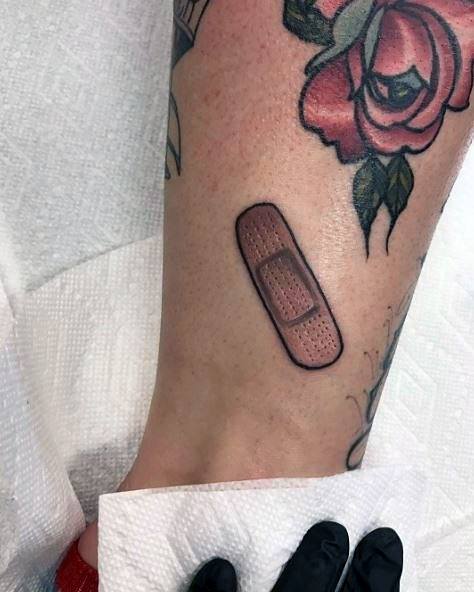 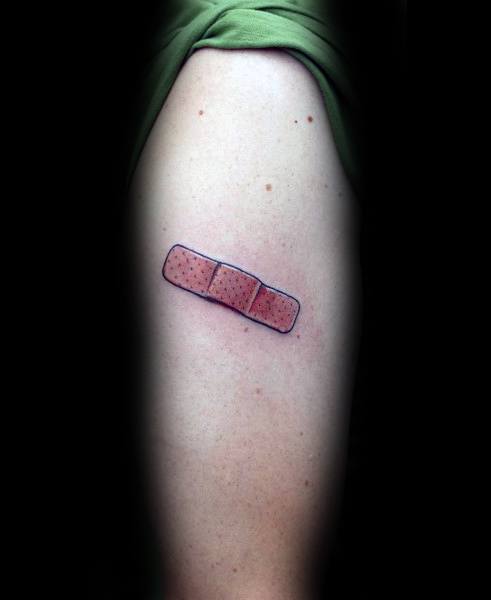 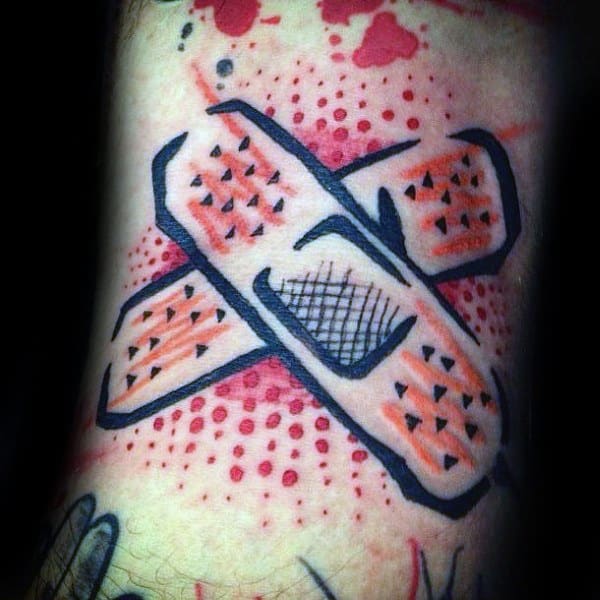 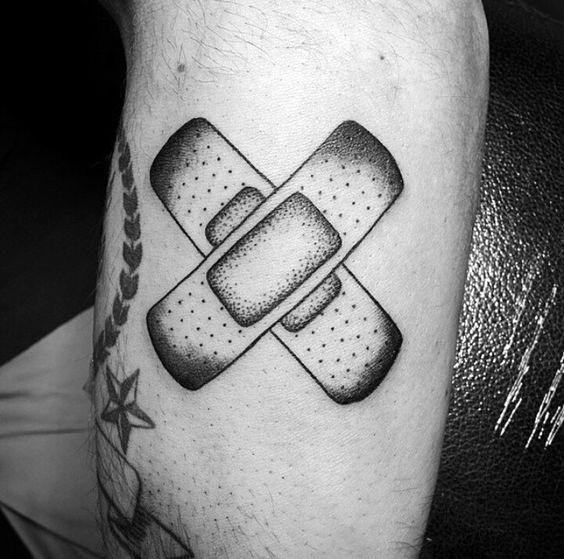 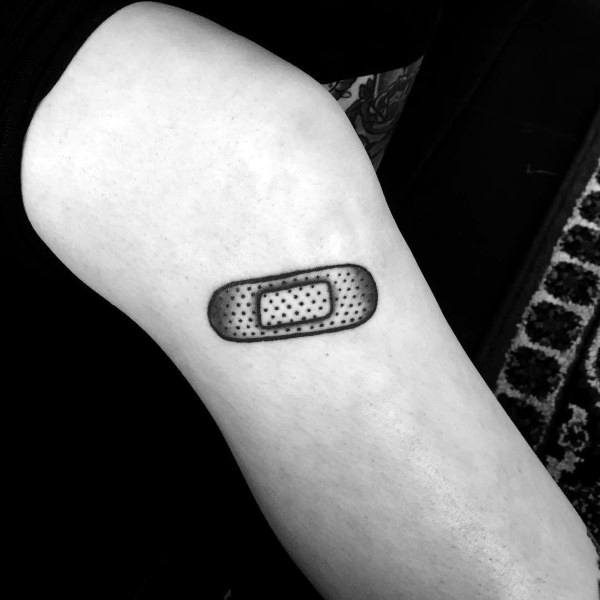 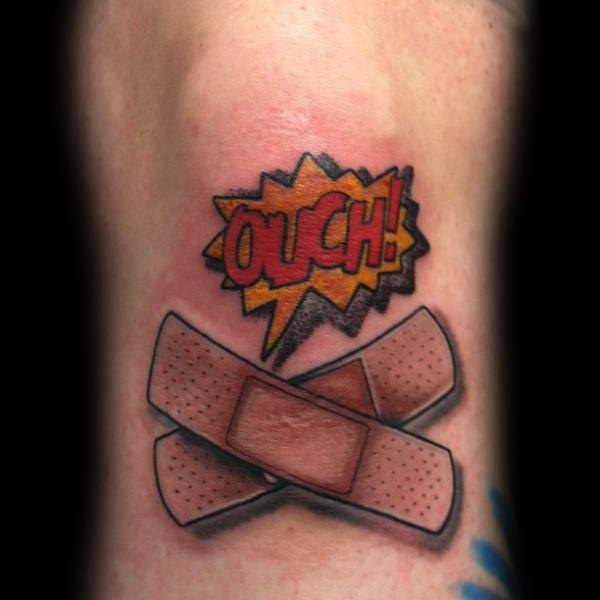 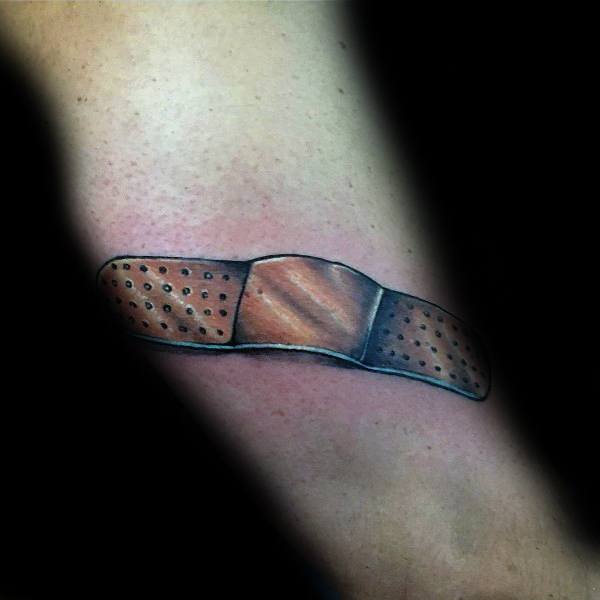 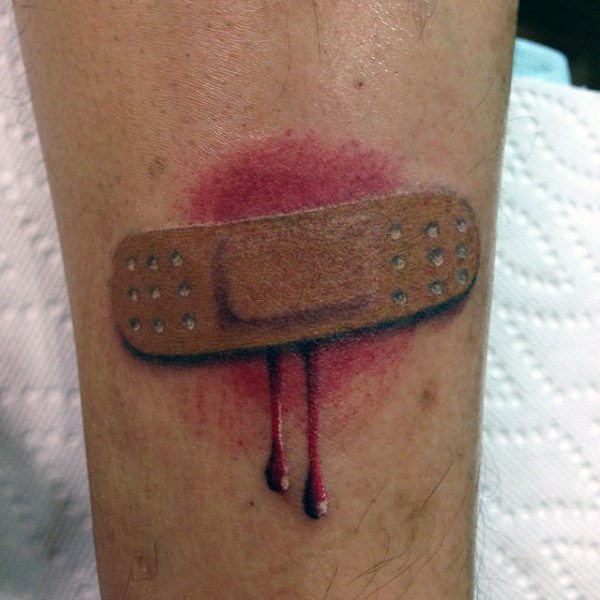 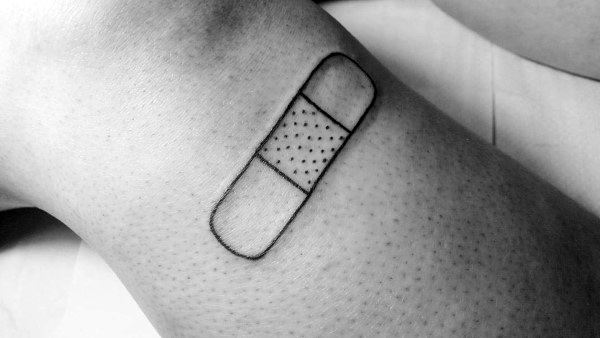 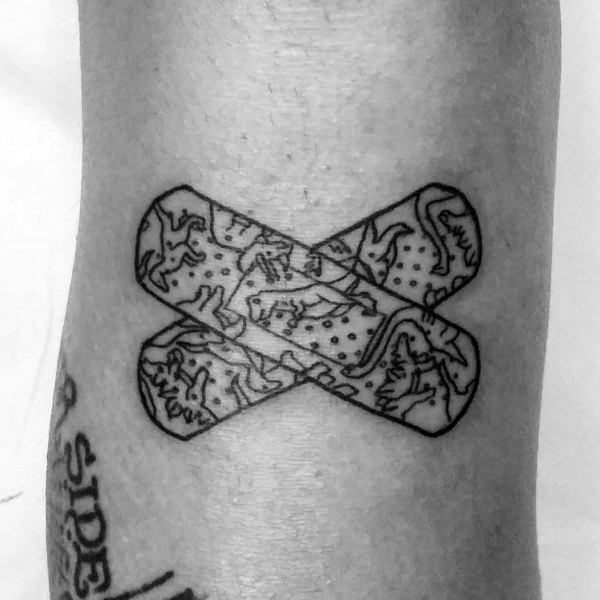 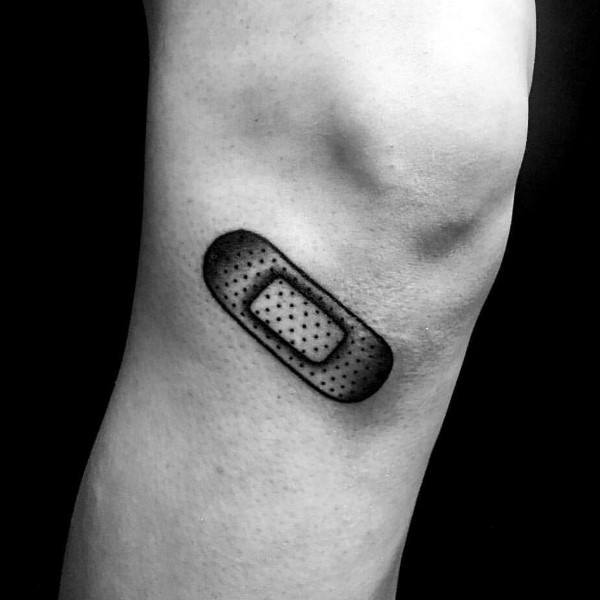 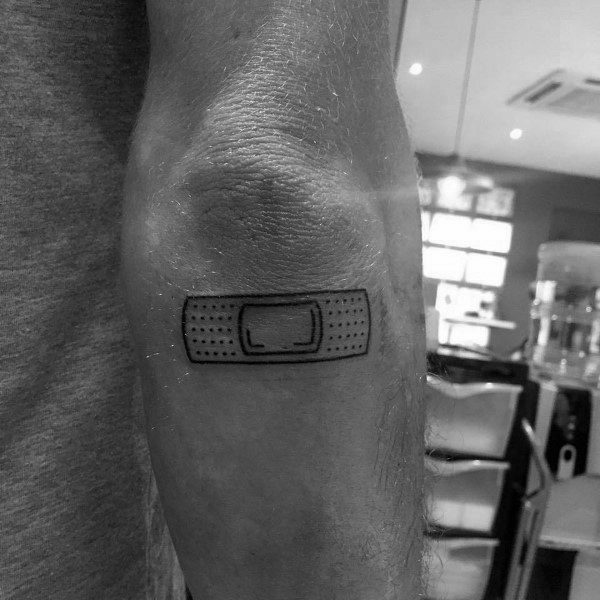 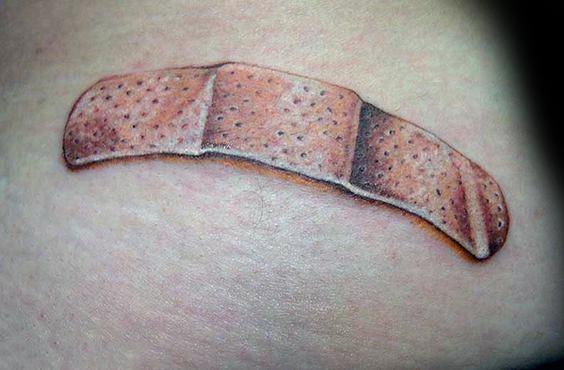