At some point in life, you might find yourself headed in a new direction as things like marriage, children, and your age change your perception. Perhaps what you might notice is how many times you’ve glanced at the watch gifted to you back in high school or college. It’s not a luxury timepiece by any means, but it served its purpose over the years and has never let you down. And while it may be the workhorse you’ve come to love over the years, at some point you’ll find yourself wanting to transition into something new.

Perhaps you’re simply interested in being able to glance down at your wrist to see something new. However the most common reason men find themselves in this dilemma, is because their current watch doesn’t fit their sharply dressed style. These older watches we were might have seemed quite fashionable at the time, but nowadays we soon realize that the sporty and casual look doesn’t suit out true age. And for that matter it doesn’t match our success or achievements either, because the details of a watch can really define a man’s character.

1/ What Motivated Me Into Buying Luxury Watch Brands

I remember speaking with a business man over a conversation at his desk. On his shirt pocket was perhaps one of the fanciest luxury pens I had ever seen. When he reached for his pen it was clear the value had exceeded thousands of dollars. Which is a big comparison considering most men often find themselves reaching for those 5 cent Bic pens, or whatever happens to be within reach. However it wasn’t the price tag that intrigued me nor gained my trust, instead it was the way he signed the paperwork.

By instinct I could tell that the man in front of me had put in the passion, the hours, and the grueling labor to reach that point. The way he signed his name with the pen and how he held it in his hand, told me the story of each paper he had gruelingly signed over the years. Without him having to speak a word about it, I could see this man’s commitment, dedication, and character.

Now you might be wondering why I’ve shared this story, or perhaps even how it relates to buying your first luxury timepiece. But consider this, it’s not the price tag that should compel any man to splurge on watch, but the true reason behind it. Just like the man with the expensive pen, it’s not about the value of an item; instead it’s about how it represents your character. The moment you’re out shopping for a luxury timepiece, you’ll realize the same dedication and commitment that you have, also went into making those watches.

2/ Why Spend More On The Best Men’s Luxury Watches

If watches all do the same thing, what’s the difference between a cheap men’s watch and an expensive luxury one? Isn’t the purpose of a watch to do the basic functions of time, such as tell time itself, the date, or have perhaps a few other things such as a stop watch?

In essence you could argue that very reason as to why you shouldn’t spend more, however there’s more to it than just price and its core function. In fact there are four solid reasons to splurge, and we’ll cover exactly why a buying a men’s luxury watch is worth your investment.

3/ The Art Of Quality Craftsmanship And Construction

The art of quality craftsmanship and construction doesn’t happen overnight, it’s a dedication and commitment. In fact you may be surprised to know that watchmakers actually attend four years of schooling to become a horologist, and that’s just the start. What you may not realize is that watch making is a lifelong experience that you never stop building upon. Not to mention becoming a master in crafting watches isn’t exactly a straightforward process, it’s far from it.

Aside from simply the education, experience and diligence to learn, consider how many hours go into making a men’s luxury watch itself. We’re talking about painstaking precision, and working with parts no thicker than the size of a human hair. Every single piece you find is individually hand-adjusted, hand-decorated and hand finished.

If that doesn’t seem like a lot of work, consider the average watch has roughly 130 components. When you’re building a complex luxury watch, there are literally hundreds of parts involved. In fact the Calibre 89 by Patek Philippe has over 1,728 parts, and is arguably agreed to be the most complex watch ever created.

4/ Innovations And Complications Of Luxury Watches For Men

That Casino watch you pass by in the store was delegated a month to finish the design before heading out to production. Men’s Fashion changes fast, and when you’re constantly producing for the market’s demands the opposite effect happens, meaning it also goes out of style just as fast. While Casino does make some rather interesting watches for casual occasions, they hold no advantage over luxury brands. Consider the fact that brands such as Hublot, Bell & Ross, Panerai, IWC and others are prestigious watchmakers for a reason.

They know their product isn’t going to be mass produced in a factory for the hungry buying cycle of impulsive shoppers. Instead they place a considerable amount of time where it counts, into things like innovation, complications, and breaking the mold. However this type of persistent work requires human power, creativity, and inspiration, and it doesn’t come cheap nor easily. Their designers, manufactures and testers all carry the same level of dedication when it comes to delivering magnificent artwork in the form of a timepiece.

These prestigious watchmakers and luxury watch brands shift their focus into expanding complications that enhance an already complex watch. And if you’re not familiar with the term complications in the watch world, they are extra features. These can commonly be found in the display date window, a stop watch utility, or even as chime sounds just to name a few. More advanced complications in men’s luxury watches would be those of Patek Philippe’s Calibre 89 watch.

It displays the phases of the moon, the times of sunrise and sunset, a star chart, and much more. Yet many timepieces have been left unfinished simply due to their watchmaker’s obsession to create a complex commission. As time passes away, so do the watchmakers themselves; however they leave behind a lifetime of dedication and work for the next generation to pick up.

5/ The Number Of Timepieces Produced Is Limited

Stop and consider how unique you are, and ask yourself if you’d ever want someone else to replicate your own individual spirit and uniqueness? Chances are you don’t, because while we’re in a world full of billions of people, you stand out as being a one of a kind man. In a similar manner with luxury watches, there is no incentive to ruin the pursuit of being a rarity and a treasure.

Aside from stripping away the admiration of hard work, it’s simply just not practical to mass produce them. Watch crafting really is a labor of love, and it deserves the appreciation the world has come to give it, even if that means it comes with a higher price tag. Consider that luxury watch brands like Mercier and Jaeger LeCoultre will end up delivering nearly a few thousand watches this year. However in order for them to recoup the costs of business with a limited supply of treasured timepieces, these luxury watches have to reflect their real value of time in the form of money.

6/ The Pursuit Of Passion And Standing Out

In the men’s luxury watch world, you’re often never recognized, unless you have centuries of watching making history supporting you. Reputations aren’t built overnight, their developed when trust becomes established in the form of a brand. Take for example Patek Phillipe, their rich history of iconic watches warrants the prestigious admiration of watch enthusiasts worldwide. However that’s not to say an emerging brand can’t make into the leagues of the elite.

Bell & Ross started out with only twenty years behind them, and through advertising efforts and well crafted timepieces, they were able to accomplish their transition fairly well. Just as these companies have competed for the rights of standing out a world of common and competitive, men have also done the same.

By making the initial investment into a luxury watch the men who wear them make a statement. A timepiece speaks for the owner of the watch and displays his character as being a man of power. And if you haven’t taken a second to get familiar with the art of being a powerful man, please do so. Because a small part of being a powerful man might come from the ego boost you’ll have with a luxury watch strapped on your wrist. Regardless of how you feel or even perceive yourself, one thing for sure is no matter where you are in the world, you’ll stand out even more so than before. 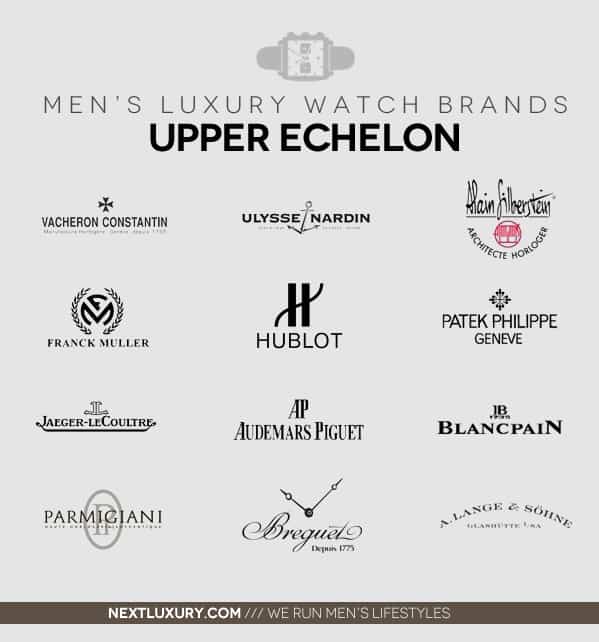 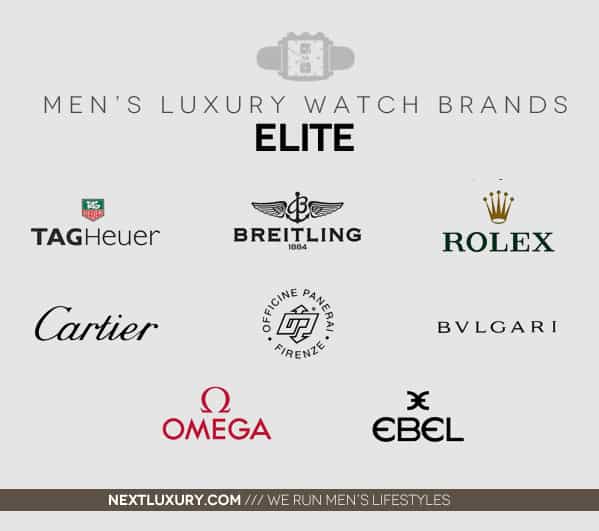 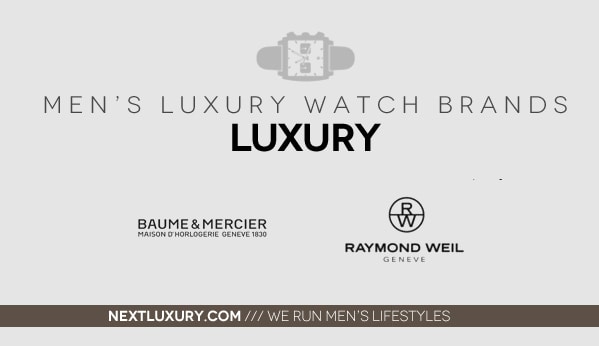 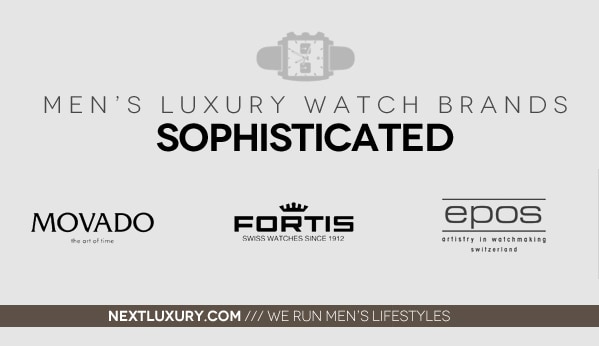